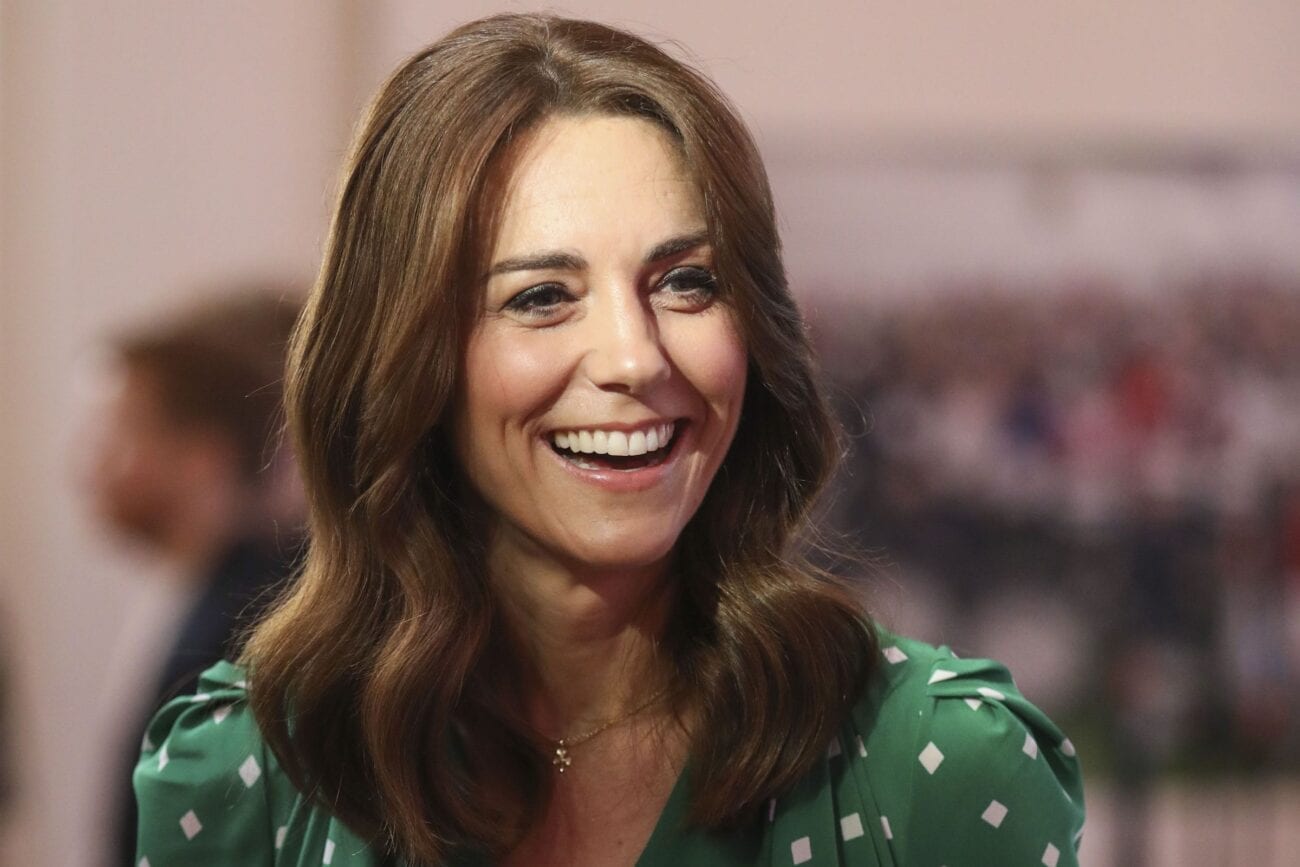 It is no secret that marrying into the royal family comes with all kinds of conditions & rules. Members of the royal family are expected to live & behave to a certain standard. Both Princess Diana & Megan Markle’s struggles functioning within that family are well documented. It’s certainly not a lifestyle suited to everyone.

Royal life appears to work for Kate Middleton though. She always has a smile on her face, and seems to have assimilated to the royal way of life with ease. However, it can’t all be a bed of roses. The list of rules that Kate Middleton is required to adhere to is a mile long. Additionally, the absurdity of some of the rules on the list is hair raising.

From an exhaustive amount of regulations regarding pregnancy & child-rearing, to trivial rules about board games, Kate Middleton’s life is highly structured. Here are some of the rules Middleton is expected to adhere to at all times. 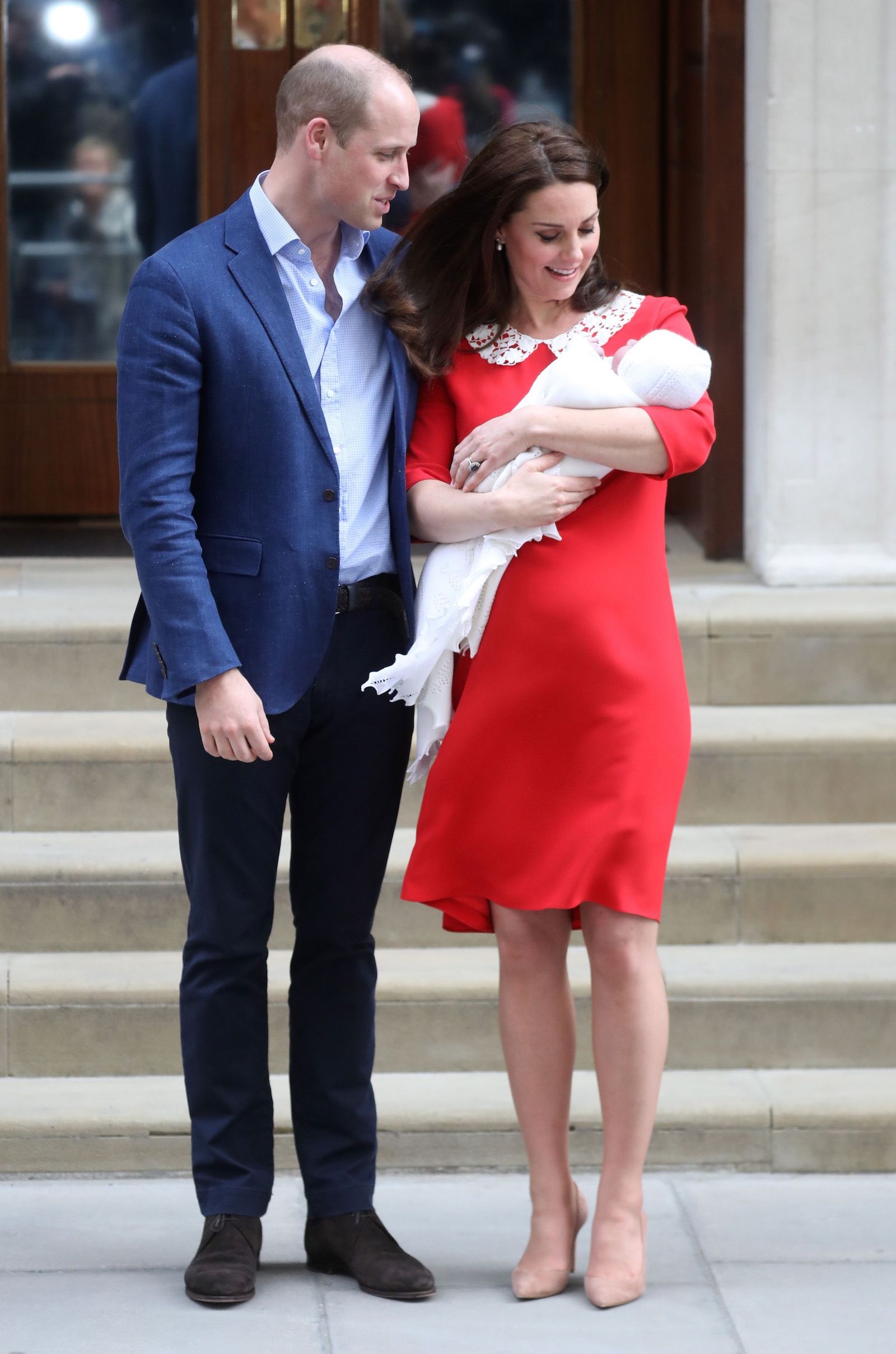 The list of rules & expectations a royal couple must adhere to when considering having children is extremely extensive. First & foremost, all pregnancy announcements must take place at the twelve week mark. Unfortunately for Kate Middleton, her first pregnancy resulted in quite a lot of sickness in the first trimester. Noticeably absent from public appearances, the royal family decided to make the announcement earlier to explain her absences.

After publicly announcing a royal pregnancy, the couple is expected to keep the sex of the baby a secret until birth. Naturally then, any name considerations must also be kept under wraps until the birth. Once the baby arrives an official announcement of both sex, and the baby’s name takes place. 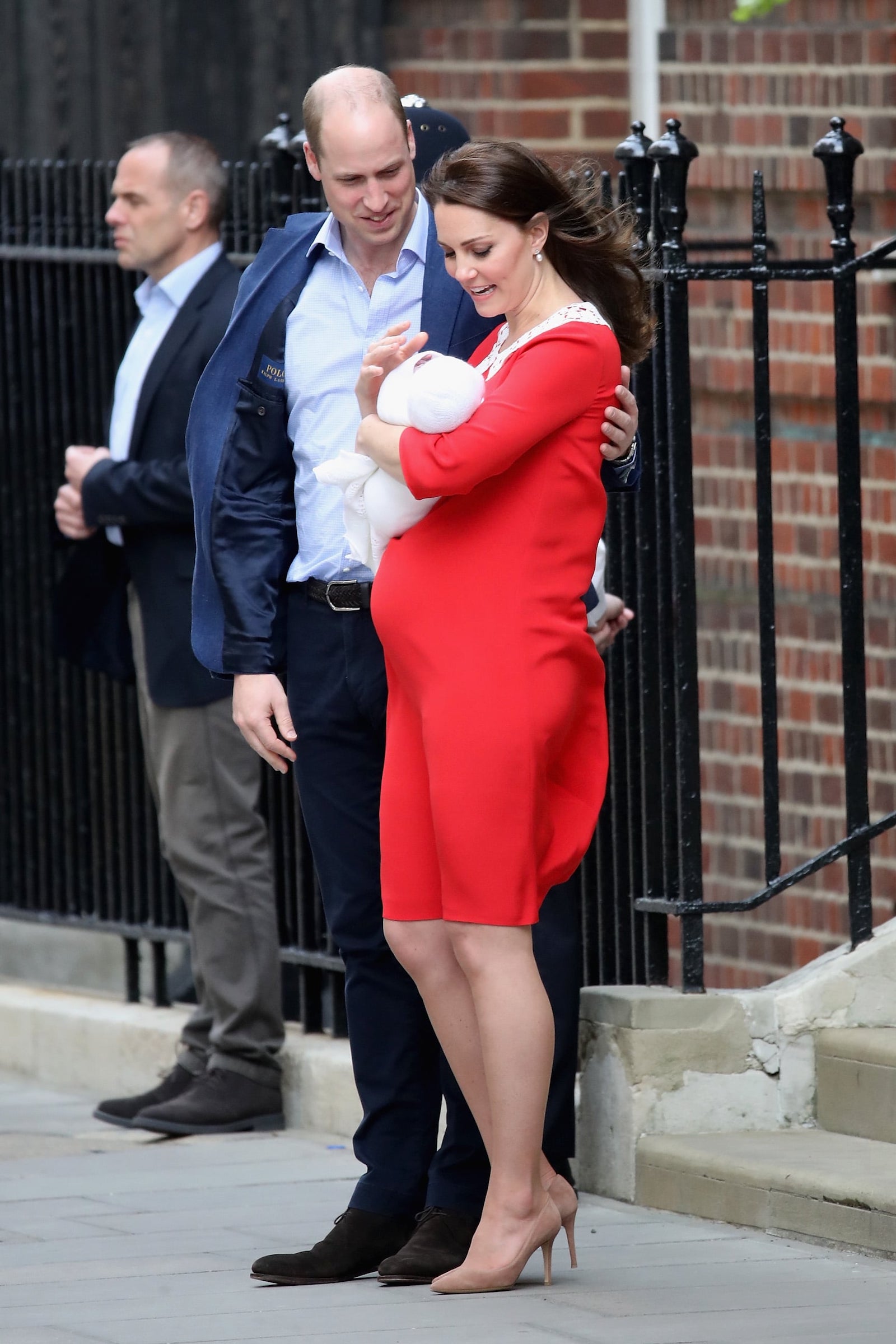 During pregnancy, royals are prohibited from publicly showing discomfort, or discussing any potential discomfort or complications with the pregnancy. Pregnant royals are expected to remain the picture of perfect composure at all times. Additionally, no baby showers are permitted. Royals receive enough gifts as it is, and this tradition is considered as unnecessary.

Once the baby is born, the first person that must be notified of the delivery is the queen. When Kate Middleton delivered all her children, Prince William called the queen immediately. Royal women are expected to pull themselves together exceptionally quickly after delivering, and present themselves and their baby to the public. She is expected to be dressed formally, look fresh, and appear happy. 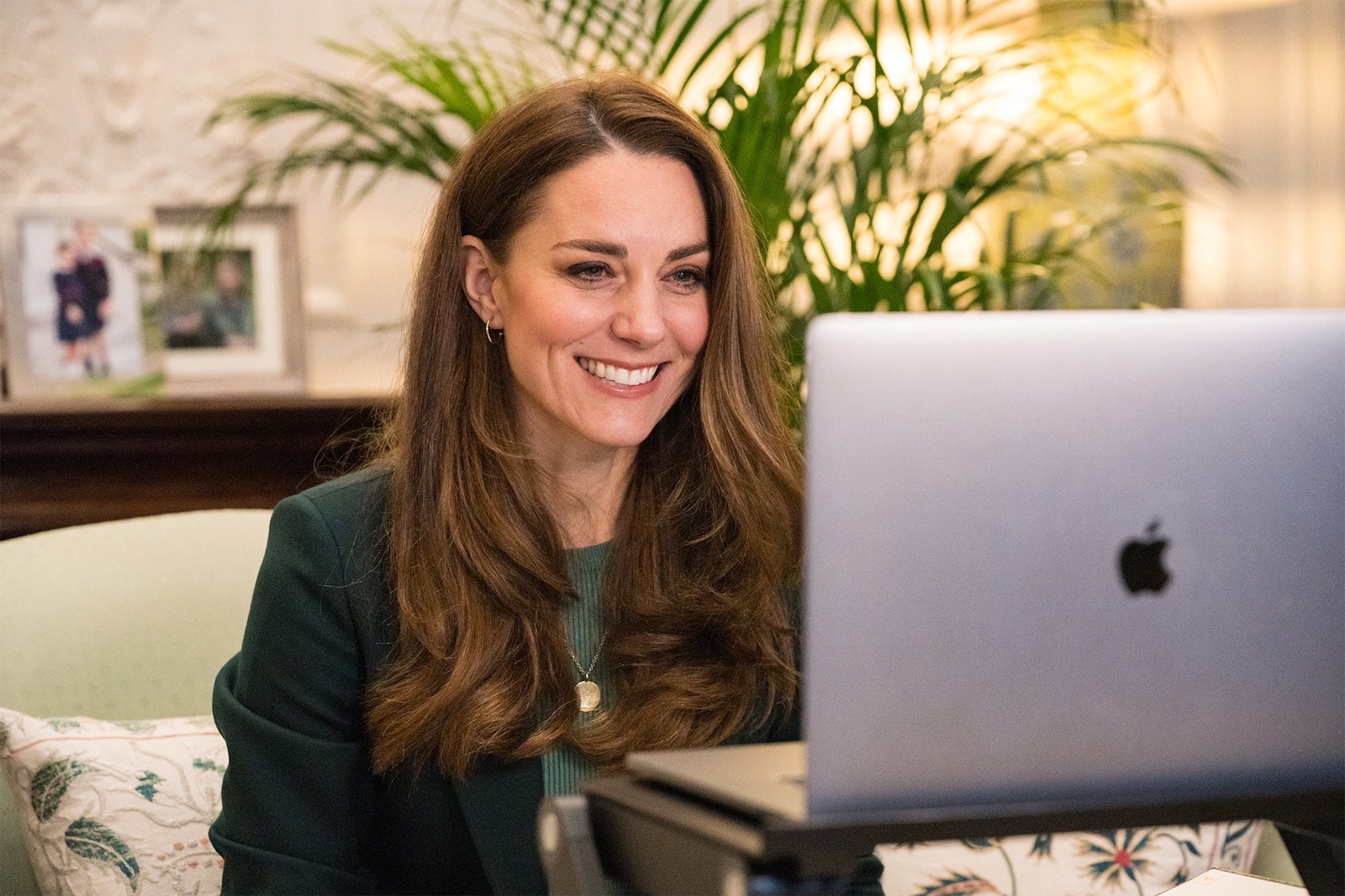 There are exceptionally strict dress code regulations for women joining the royal ranks. Kate Middleton is prohibited from showing any cleavage at all, and is required to avoid all dresses which may be deemed as provocative. Her dresses are required to be elegant, absent of any bold patterns, and she is expected to be covered up.

Prior to marrying into the royal family, Middleton was often photographed wearing high heeled leather boots. The rules around the wearing of leather are clear for royals. One can only don leather that comes from animals that have lived a humane life and not become the victim of abuse or sacrifice.

In addition to this, despite the weather conditions, Kate Middleton is prohibited from removing her coat in public. Even if it’s hot, she must keep it on. Hats are also prohibited after 6 pm, after which time only crowns and tiaras may be worn. 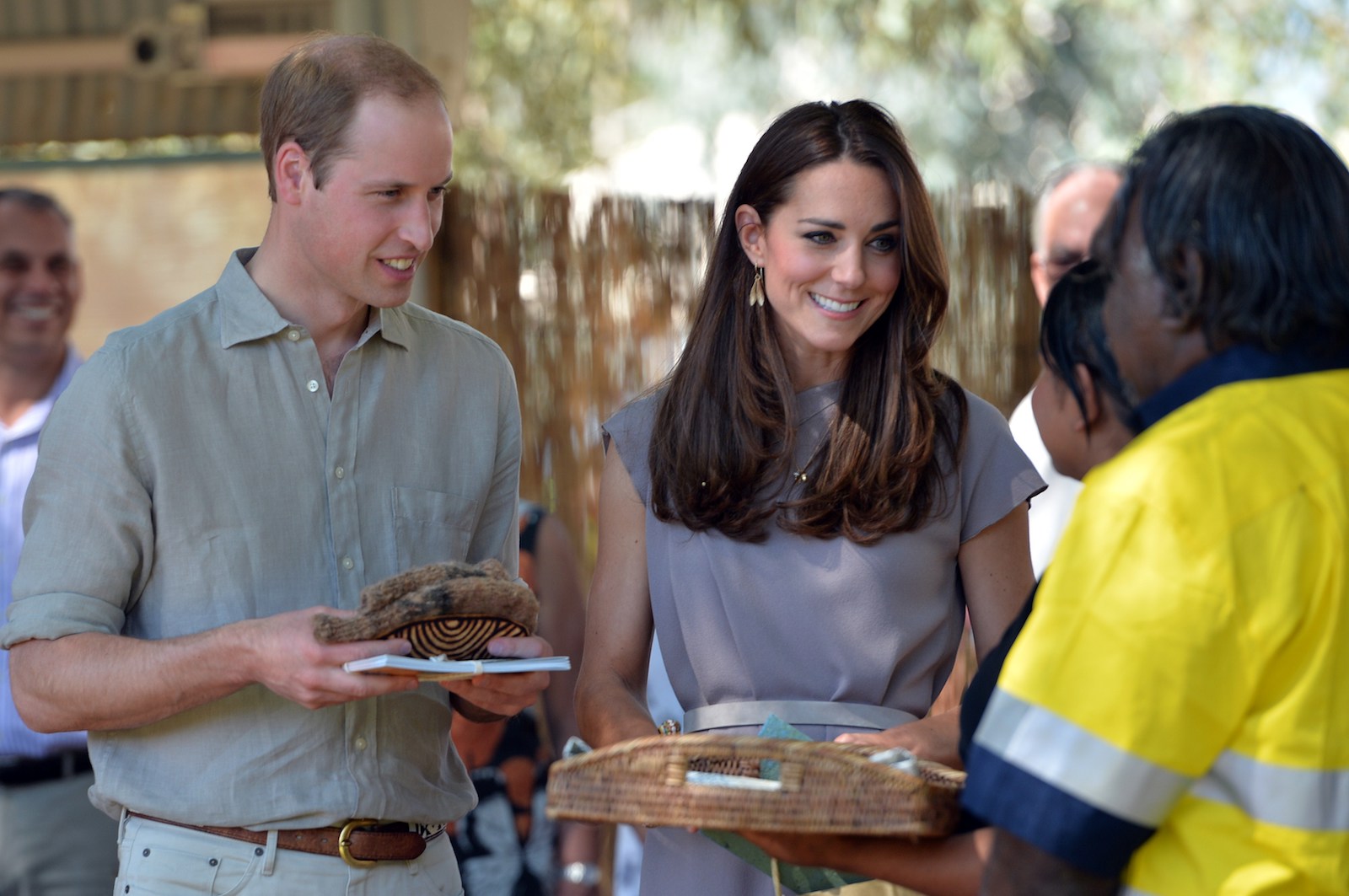 It is well documented that Kate Middleton dabbles in professional photography. However, royal rules stipulate that Middleton is not allowed to profit from any work she engages in, whether that be personal or official royal endeavors. This is true for all royals. Therefore, Middleton’s photography is released through the palace and she receives no personal profit for her work at all. 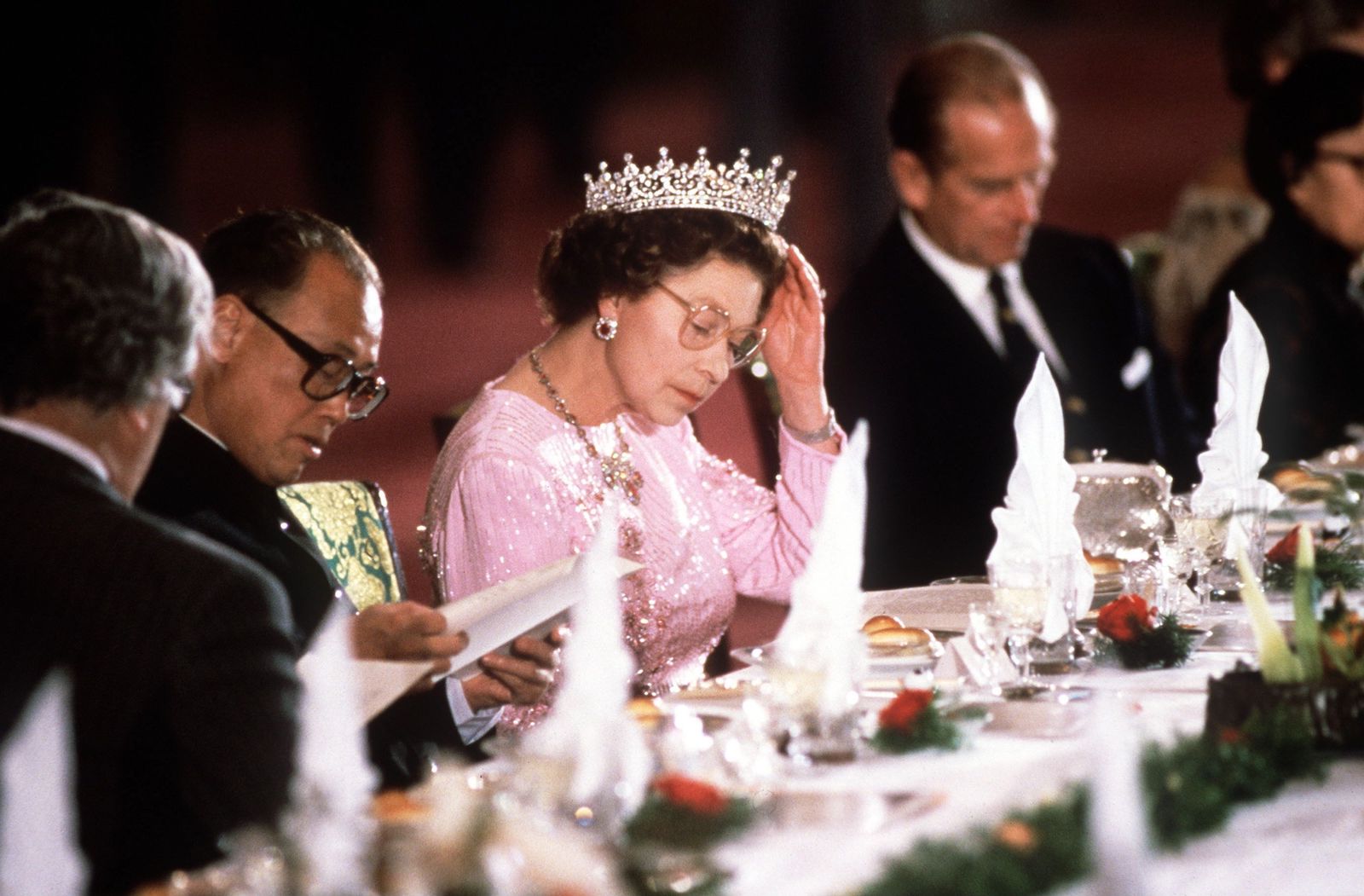 Rules of conduct for royals seems to leave no stone untouched. Certain dietary restrictions exist in the palace as well. Royals are not allowed to eat mussels or oysters at all. This is because this particular seafood can cause adverse health issues if they are not stored and prepared correctly.

Additionally, the queen detests garlic. This means that all meals prepared and consumed at the palace must be strictly devoid of any garlic at all. This doesn’t mean that Middleton isn’t allowed to eat garlic at her own place, but when she is at the palace it’s a strictly no garlic zone for all. 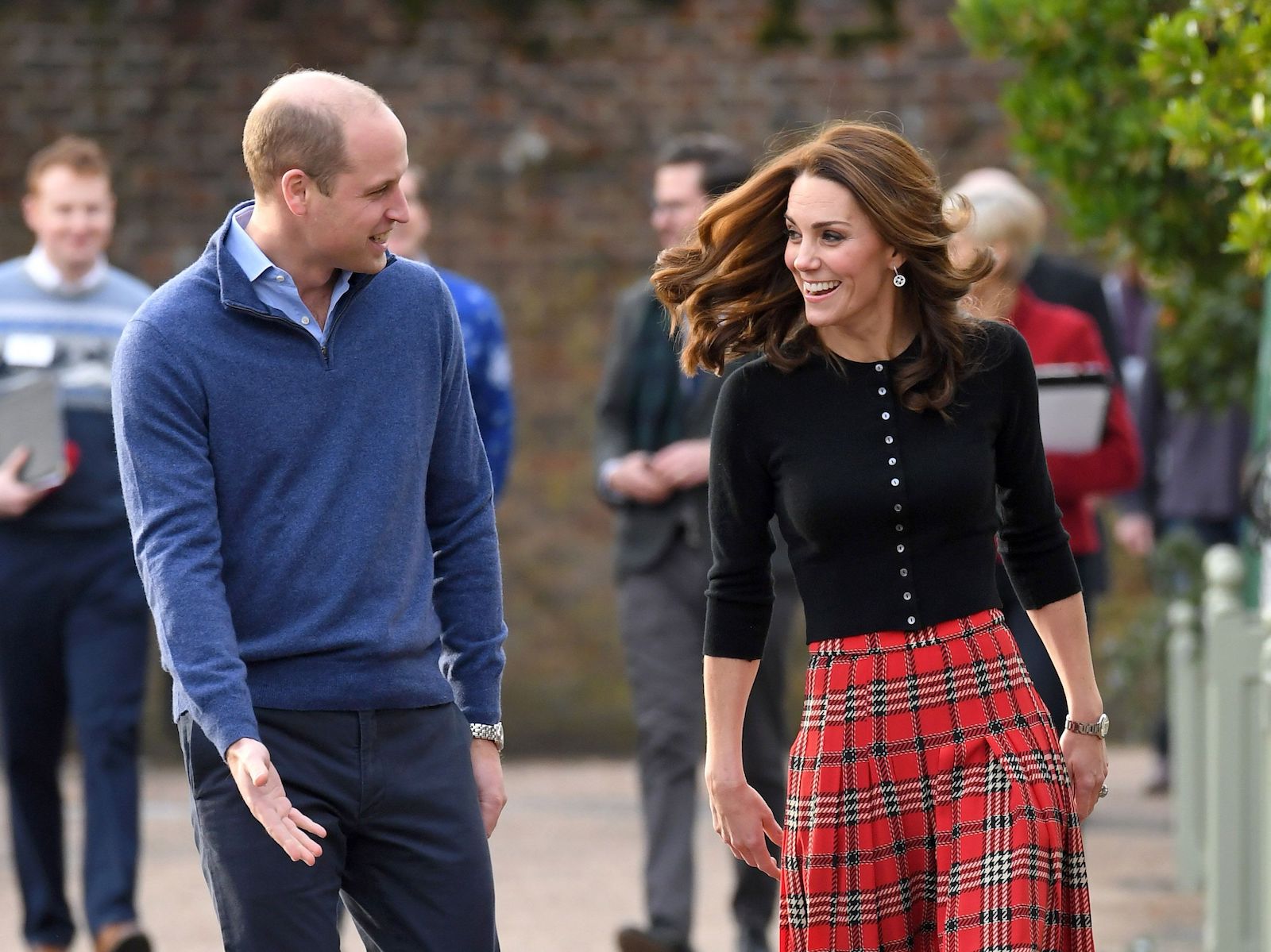 This one is a real doozy! There is a strict rule that exists about dinner propriety. When dining with the queen, if she should happen to finish eating her meal first, everyone else is required to stop! This means, as soon as the queen pops that last bite into her mouth, everyone else is required to instantly put down their cutlery. How much food is wasted at royal dinners as a result of this rule? Inquiring minds want to know. 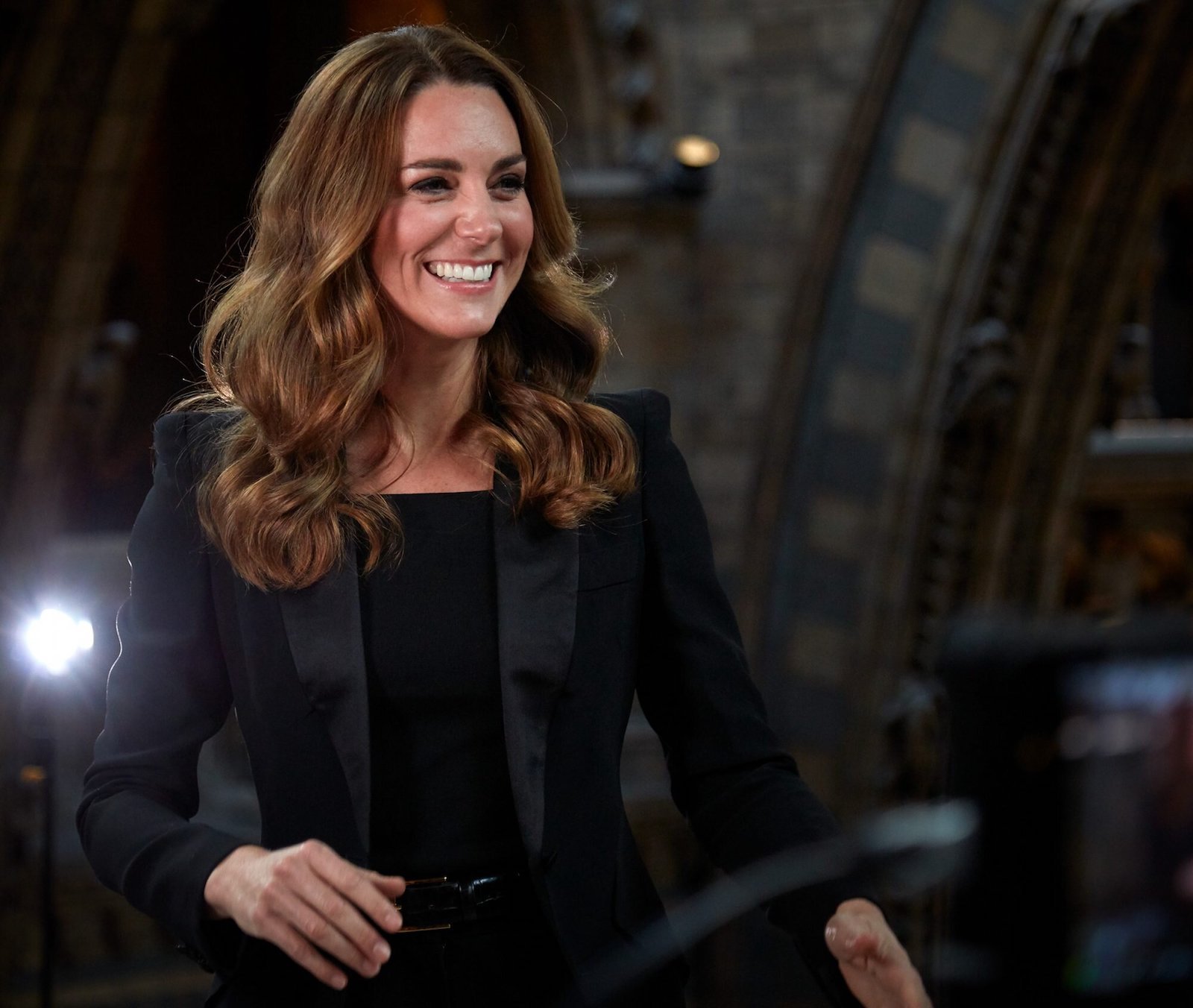 The queen finds public displays of affection completely inappropriate. Therefore, all royal couples are prohibited from engaging in any PDA whatsoever. Intimacy is considered strictly private and is never to be captured on film. The rule extends all the way down to the simple act of holding hands. Can you think of a time where Prince William & Kate Middleton were captured holding hands? 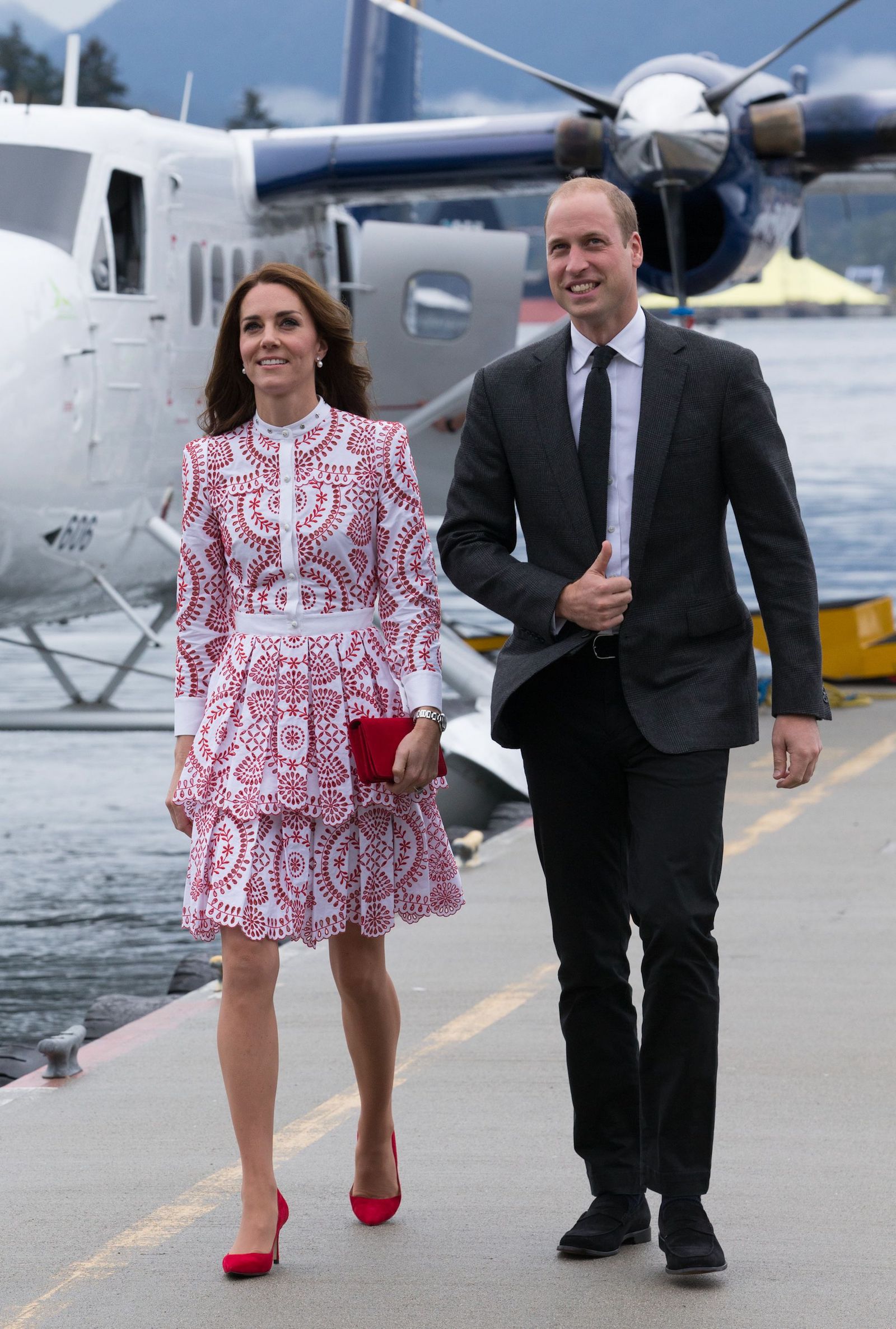 Kate Middleton is required to keep her hands manicured at all times. Her nails are expected to be kept at an acceptable length and must not be garishly long. Additionally, restrictions apply to the color choices as well. Royals are only allowed to use subtle, natural tones. Consequently, Middleton is only ever seen wearing exceptionally soft pinks & nude nail tones. 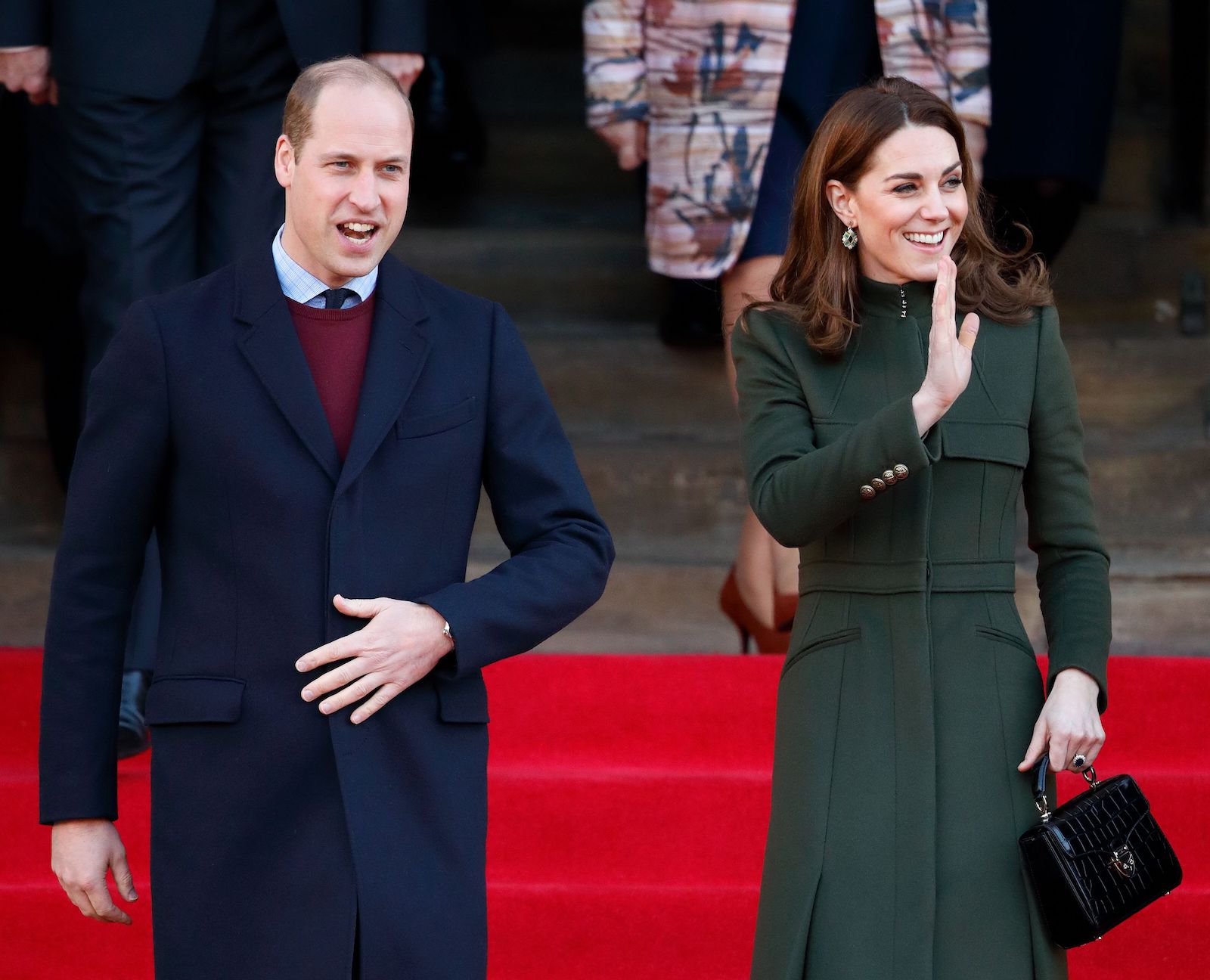 This one actually makes a lot of sense! When taking family vacations together, the various members of the royal family are not allowed to travel together on the same plane, boat, or train. This precaution was established to prevent the line of succession from all dying together in the event of an accident. This rule doesn’t just extend to vacationing, but all travel of any kind. 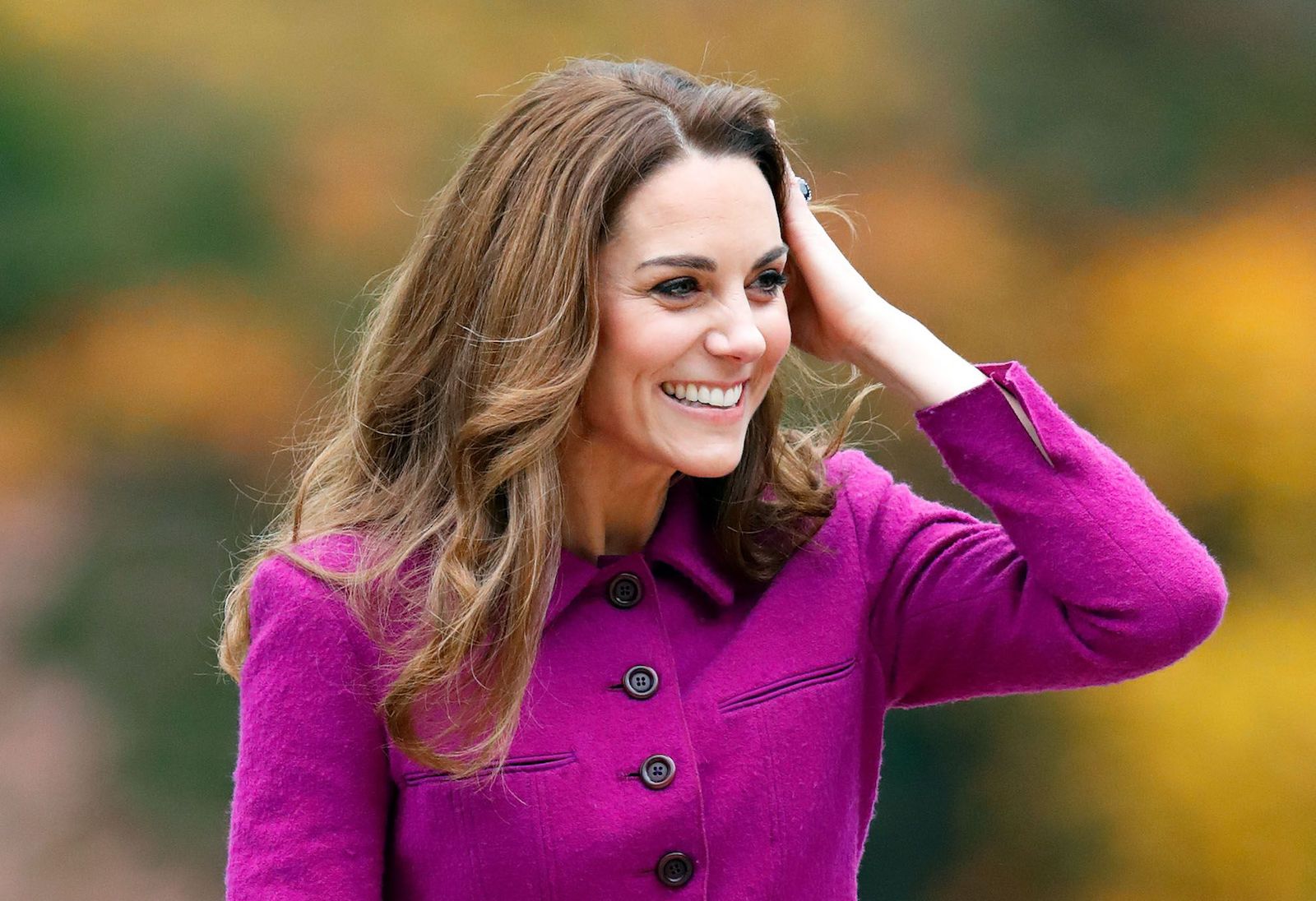 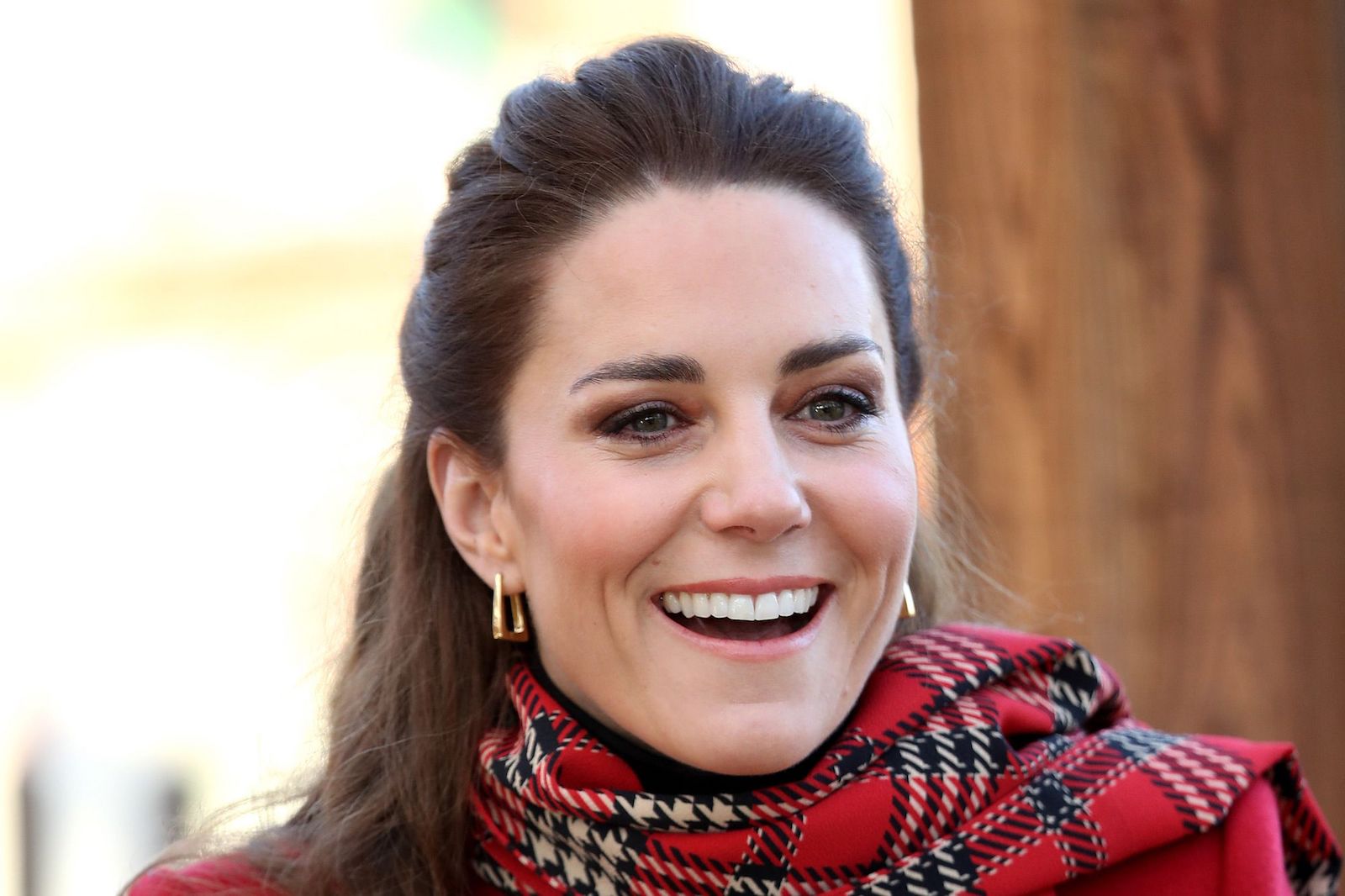 No member of the royal family is allowed to operate their own personal social media accounts of any kind. Considered to be official representatives of the crown, all public words must be carefully selected and chosen. Therefore, all social media accounts are operated by someone hired to focus solely on that responsibility. 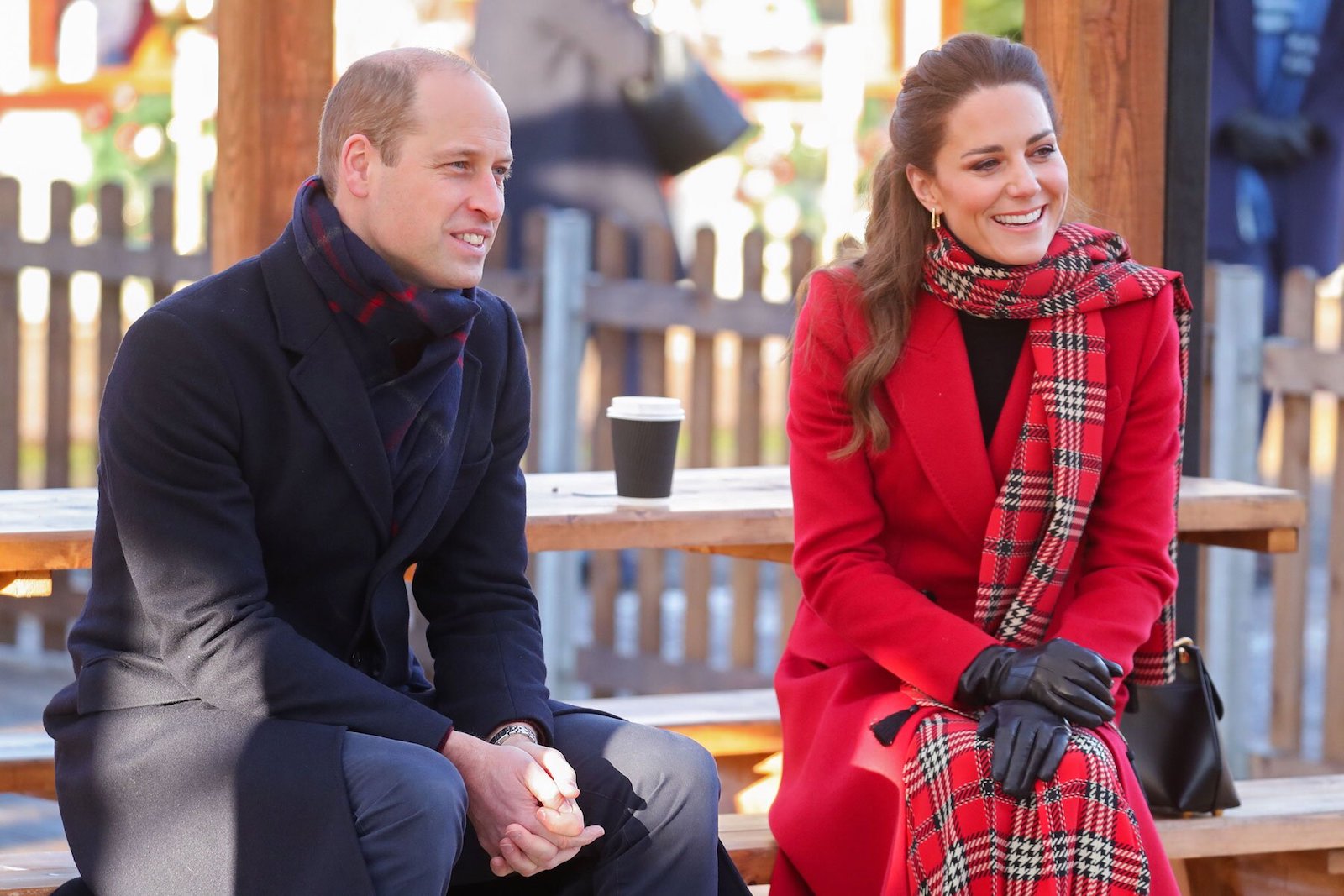 Royals are expected to remain impartial when it comes to politics. If asked questions about politics in public, Middleton is expected to reply with neutrality, and is discouraged from initiating such conversations on her own.

Additionally, Kate Middleton, nor any other royal for that matter, is allowed to vote or submit an application to parliament. This means that Middleton is not allowed to run for office of any kind.