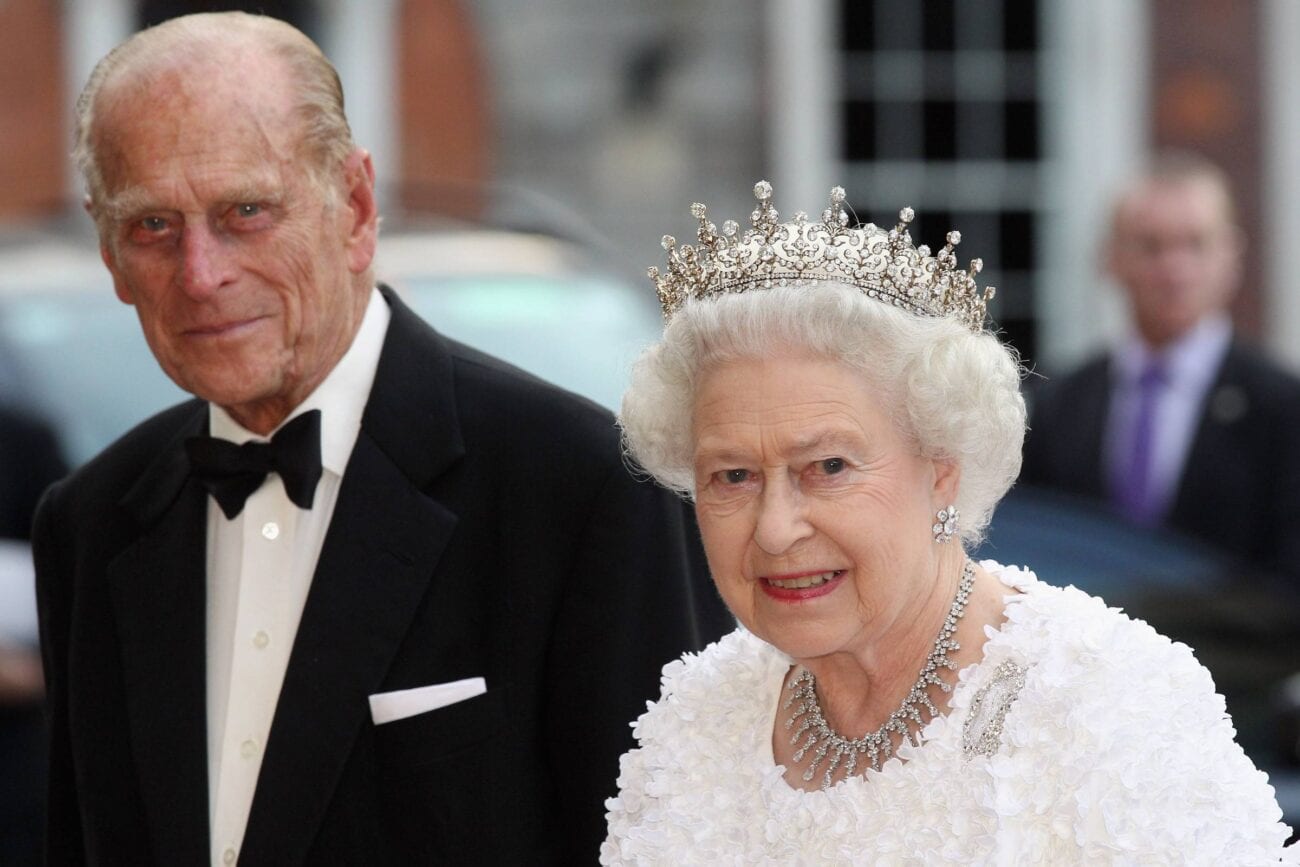 Here’s some royal family news to brighten your day. True love is timeless, and Queen Elizabeth II, 94, and Prince Phillip, 99, are proving this sentiment true for the 73rd year in a row. On Friday, Nov. 20, the precious pair celebrated seventy-three years of marriage.

The couple celebrated their wedding anniversary with a homemade card from their great-grandchildren – children of Kate Middleton & Prince William – Prince George, Princess Charlotte, and Prince Louis. 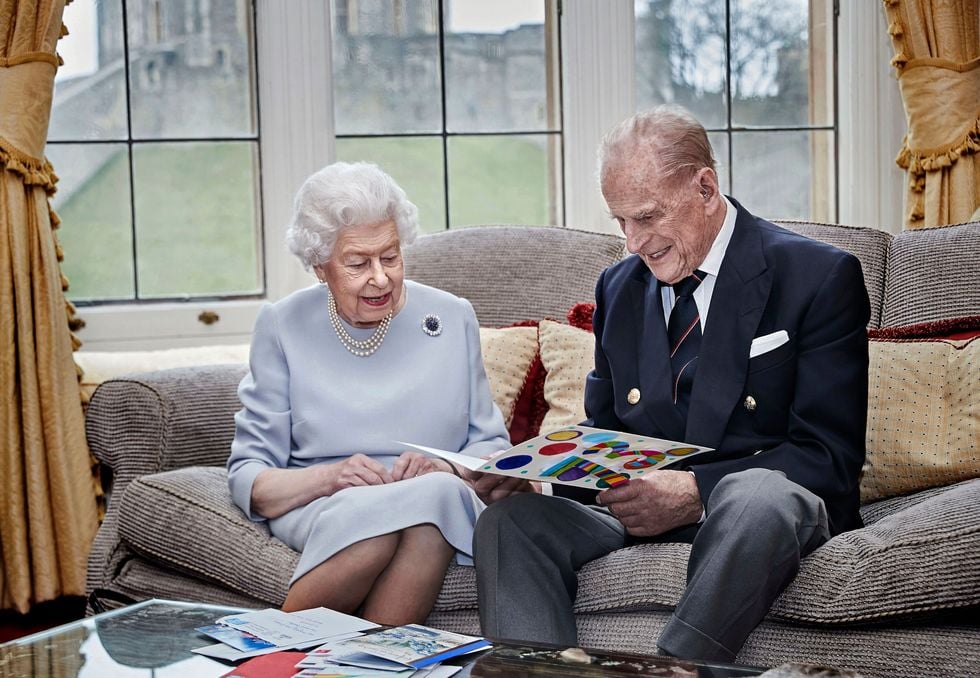 The couple smiled in a cozy snapshot as they looked through a collection of anniversary cards. They appeared to be beyond excited about the colorful homemade card as they smiled adoringly. The picture was taken in the Oak Room at Windsor Castle. 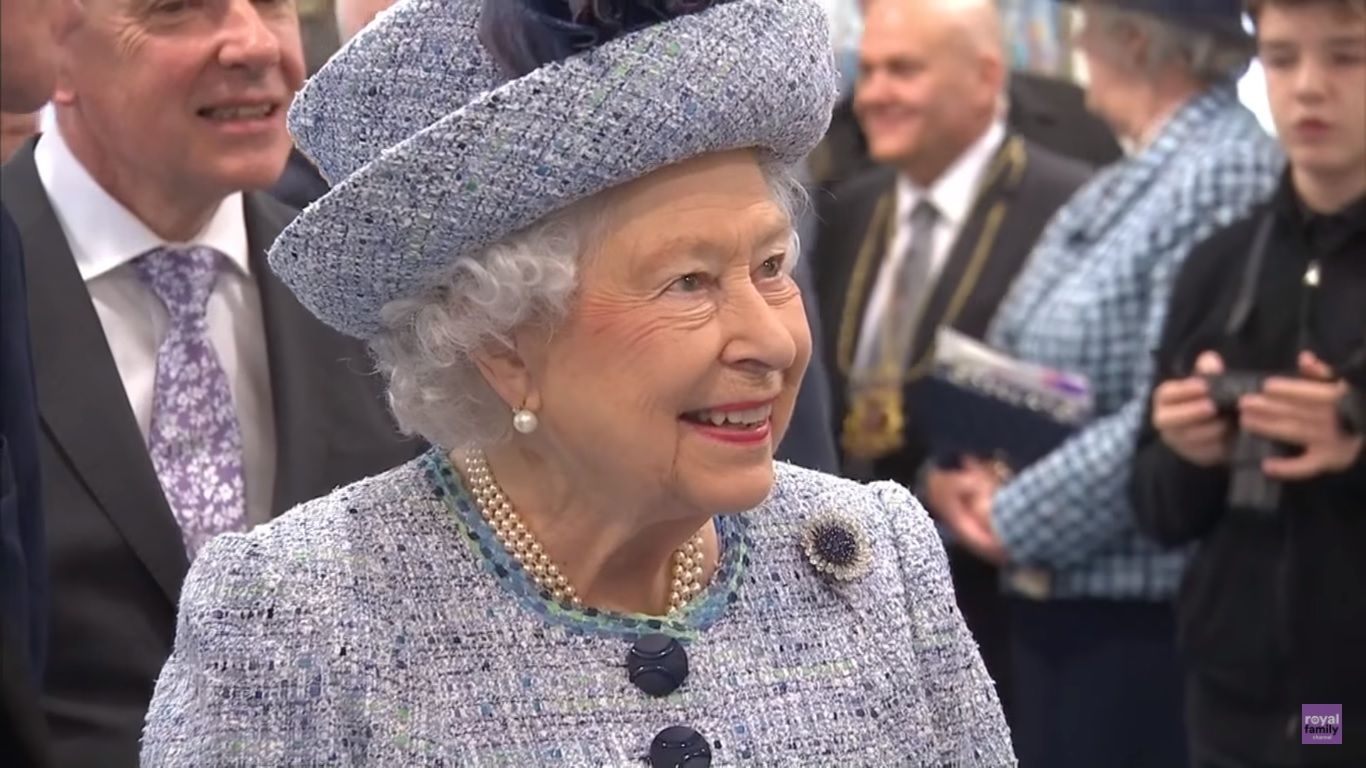 In the aforementioned photo, the queen donned a pale blue double crepe dress by Stewart Parvin with some pearls and her Chrysanthemum Brooch as a finishing touch. The brooch – composed of sapphires & diamonds – has some history to it. The queen was originally photographed in it when she strolled the gardens at Broadlands in Hampshire during her honeymoon.

The queen also wore the brooch in photos that were taken to commemorate her & Prince Phillip’s 60th wedding anniversary in 2007. 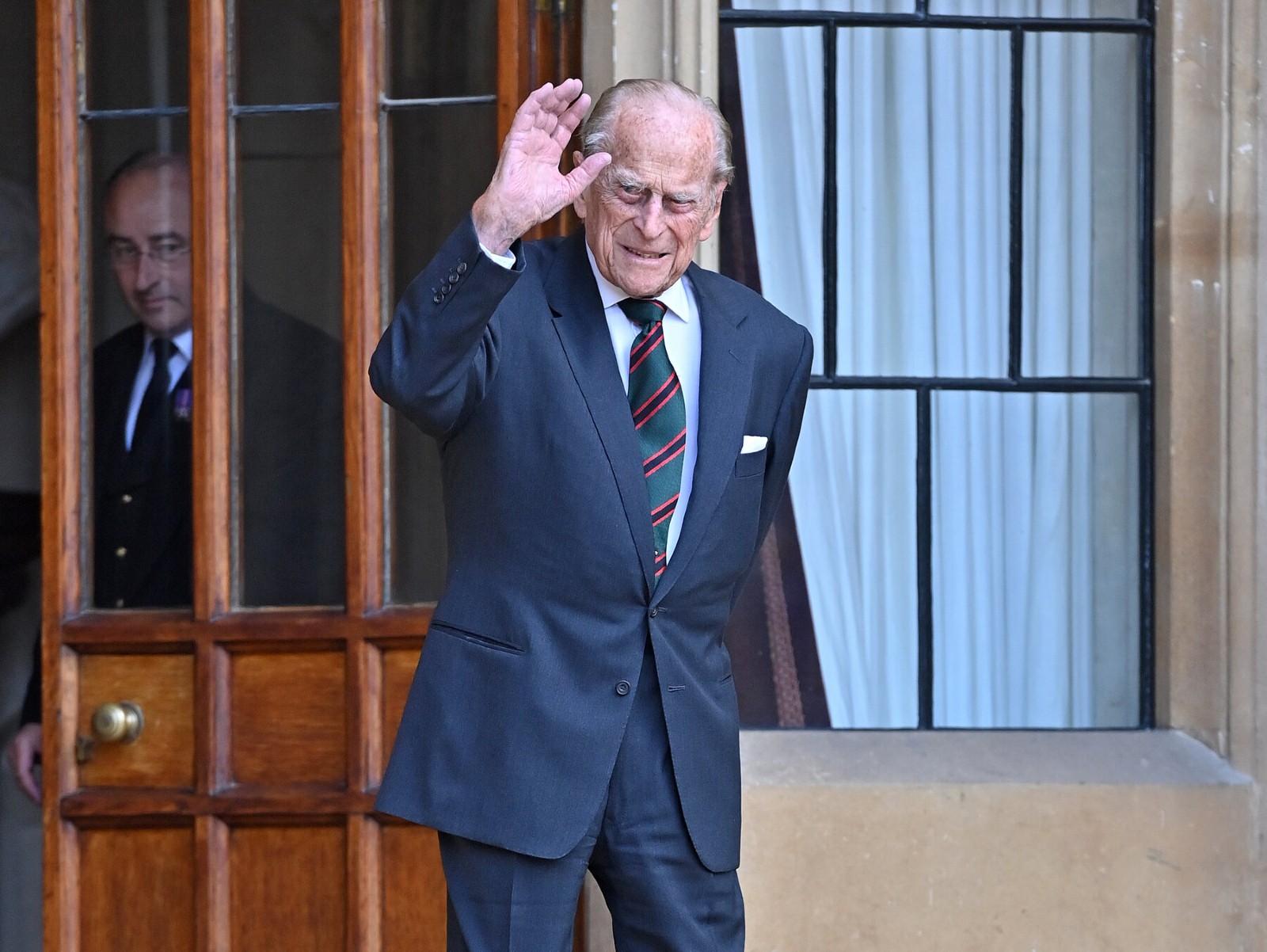 In more royal family news, next year, the royal couple & their family will celebrate Prince Phillip’s 100th birthday in June. Recently, it was also announced that plans are on the horizon for the queen’s Platinum Jubilee to celebrate her seventy years on the throne in 2022. 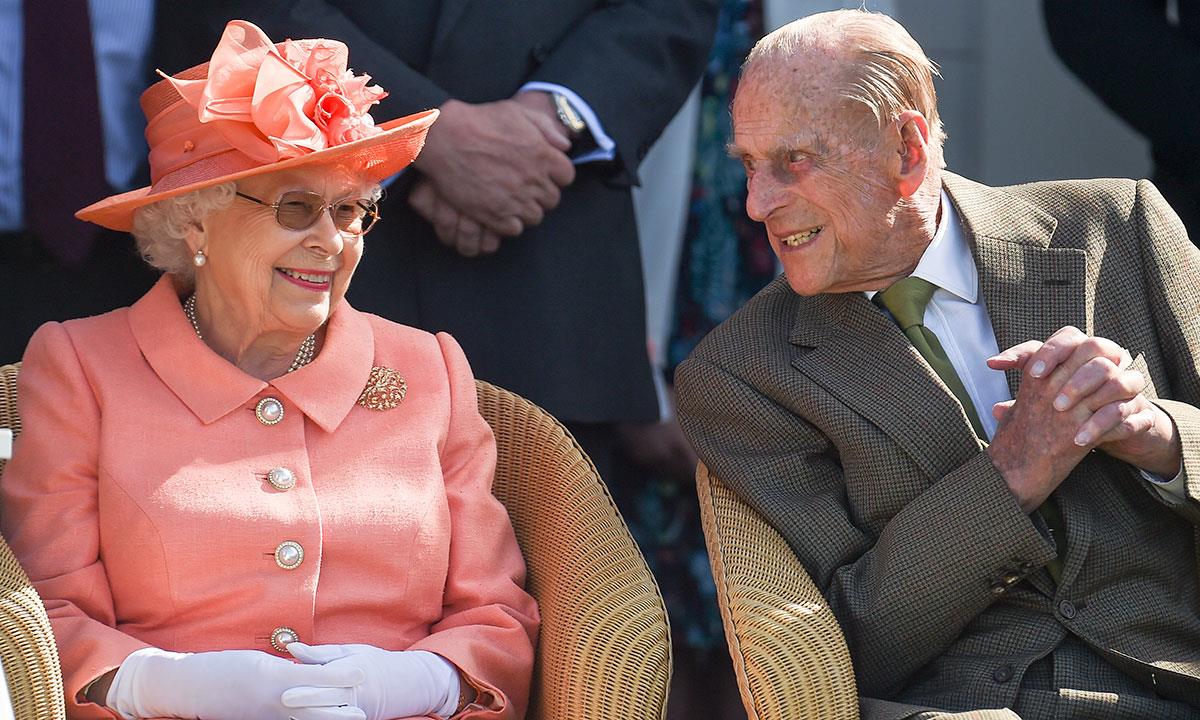 Last year, the queen & Prince Phillip actually spent their anniversary apart. Phillip was about 110 miles from London, in Norfolk, while the queen was in London attending to her royal duties. She spent part of the day holding audiences, and then later made a joke saying, “Well, of course I know what the date is!” This came after she was out on a visit and was asked to sign the visitors book. 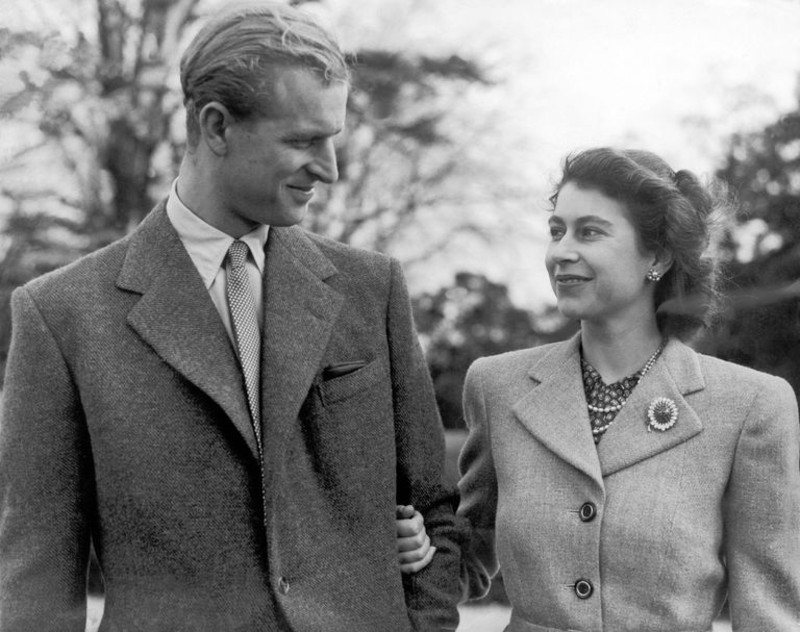 Origins of their relationship

When Princess Elizabeth was a teen, she fell in love with Greek-born Royal Navy officer Phillip. The two got married when Elizabeth was twenty-one. In a spectacular ceremony on Nov. 20, 1947, the couple exchanged vows at Westminster Abbey, the same location where Prince William & Kate Middleton were wed in 2011.

“With her bridal dress and tiara on her wedding day, she was a knockout,” one of her bridesmaids, Lady Pamela Hicks, previously told PEOPLE. “And, of course, Philip was every girl’s dream Viking prince.”

Fun fact: The two are third cousins from their shared connection to Queen Victoria. They are also second cousins once removed, from their kinship to King Christian IX of Denmark. 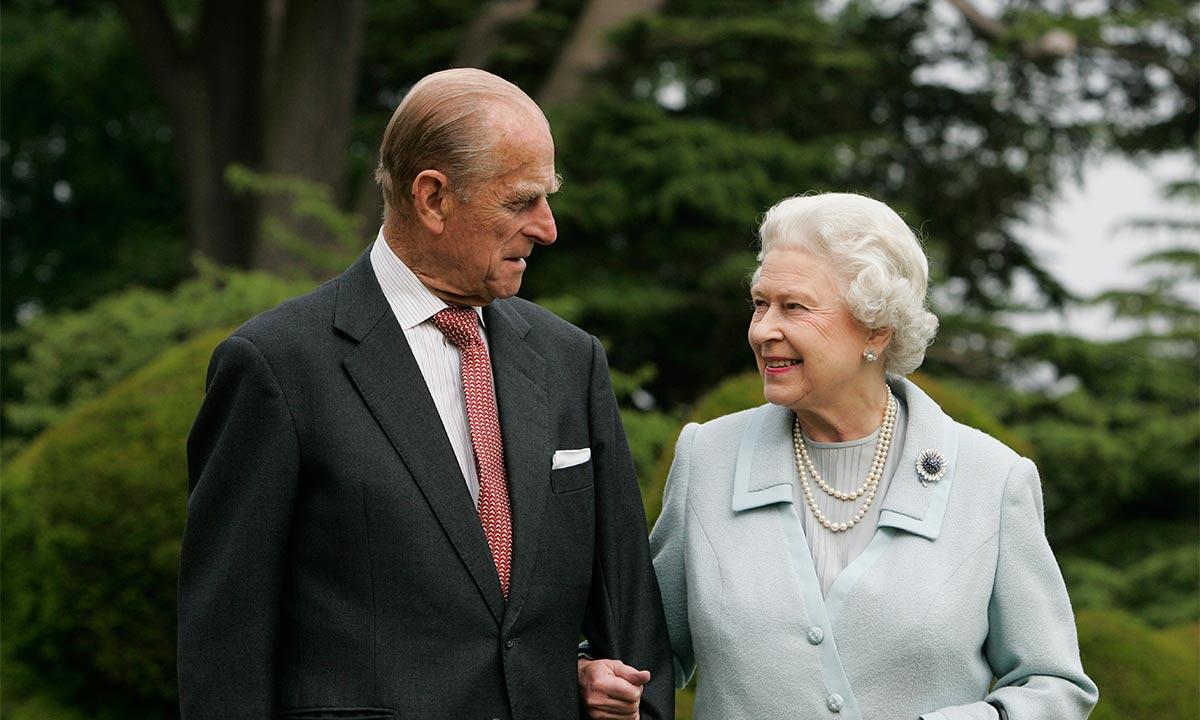 With seventy-three years of marriage under their belt, the pair has surpassed any other marriage in the history of the British monarchy, and by quite a gap too. The closest another couple has come to their longstanding marriage was King George III & his queen consort, Charlotte of Mecklenburg-Strelitz. They were married for fifty-seven years in the 18th century.

During the celebration of their platinum anniversary in 2017, Queen Elizabeth & Prince Phillip posed between photos of George & Charlotte in the White Drawing Room at Windsor Castle.

The couple has four children together, including Charles, Prince of Wales; Anne, Princess Royal; Prince Andrew, Duke of York; and Prince Edward, Earl of Wessex. They also have eight grandchildren and eight great-grandchildren. 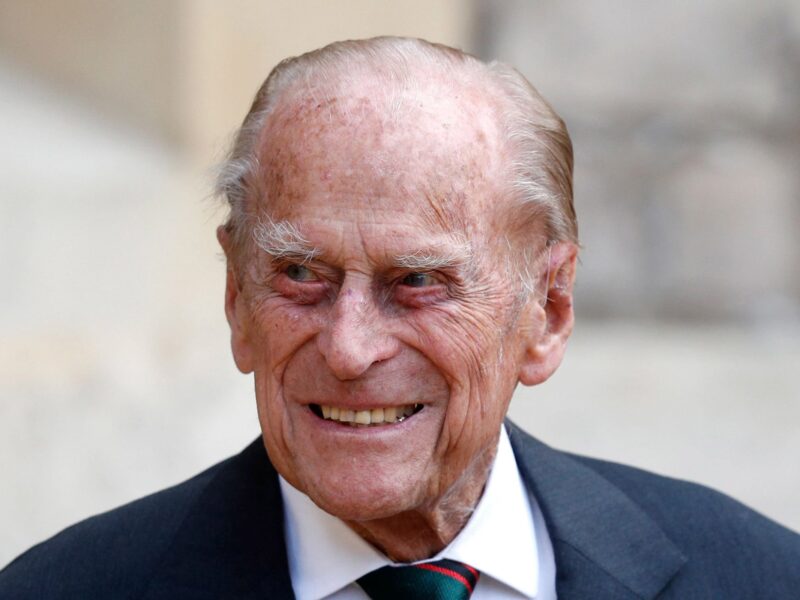 Why has Queen Elizabeth hidden Prince Philip’s will for 90 years?