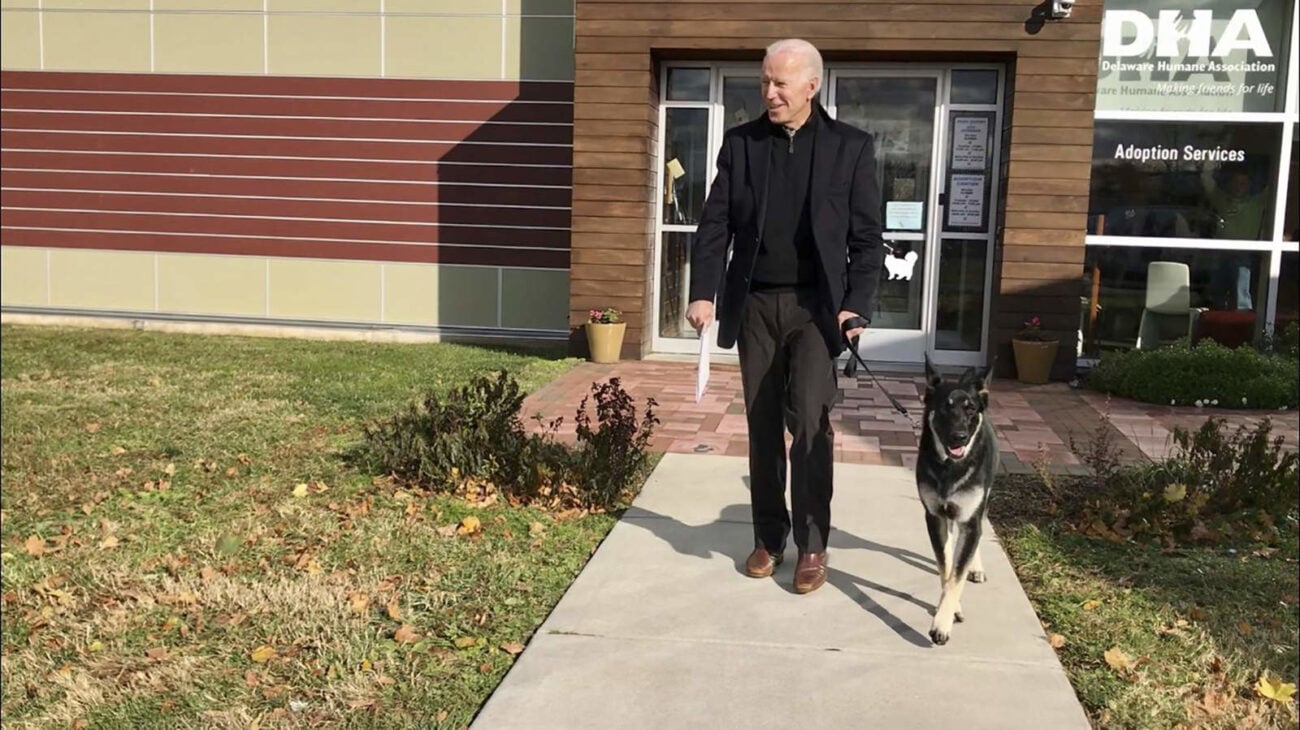 Why did Biden have to kick his dogs out of the White House?

Joe Biden’s dogs were supposed to be the first shelter dogs to live at the White House. Pets have been a beloved fixture in the White House for generations: Barack Obama had Bo who got his own book, George W. Bush had a Scottish terrier, Bill Clinton had a chocolate lab named Buddy and a cat named Socks.

While these dogs are usually on their best behavior, Major Biden, one of Biden’s German shepherds, had a “biting incident” and had to be relieved of duty. Both dogs were reportedly sent back to Delaware according to a source from CNN. Does this mean the dogs are in permanent time-out? Who’s taking care of them back in Delaware, and will there be new First Dogs to replace Champ & Major? Let’s dig this story up! 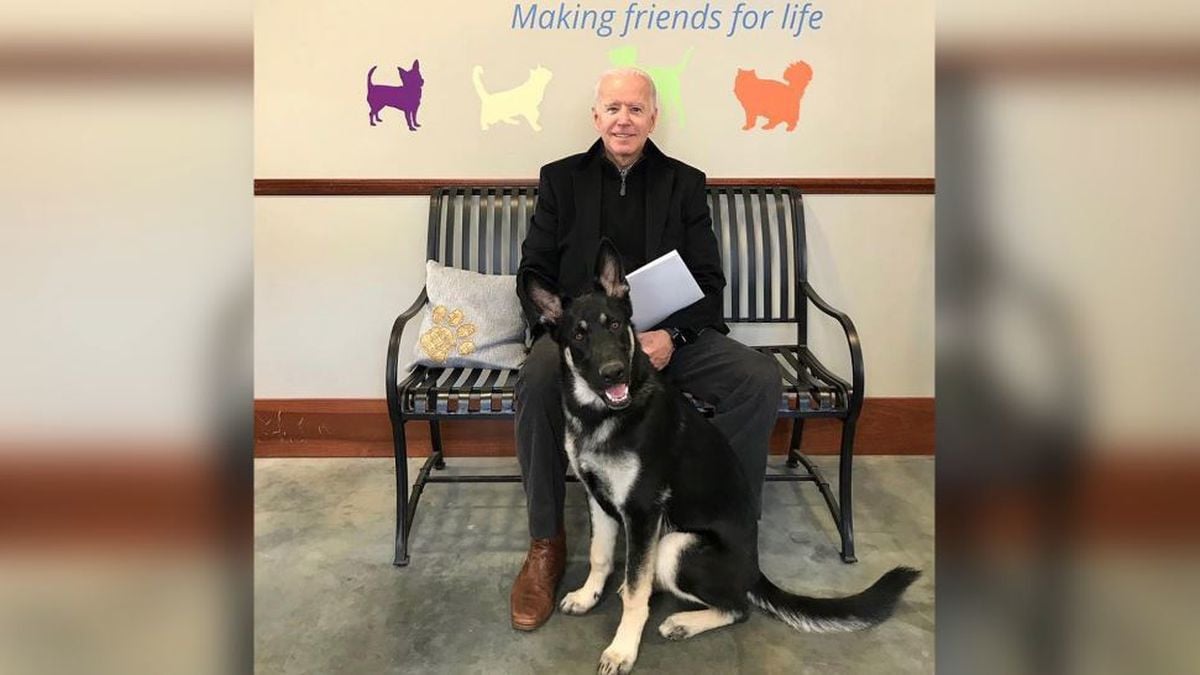 Joe Biden adopted Major from a shelter in Delaware in 2018 to be a companion for his older dog Champ, who is currently thirteen. “We got Major, he’s a rescue dog. We asked the vet, ‘What can we do to keep Champ going?’ and he said, ‘Get him a young dog.’ They’re buddies” Joe Biden said on the White House lawn on Valentine’s Day.

According to numerous sources, while introducing a younger dog to a family with a senior dog can revitalize the older pup, experts caution pet owners about introducing the dogs and socializing them. 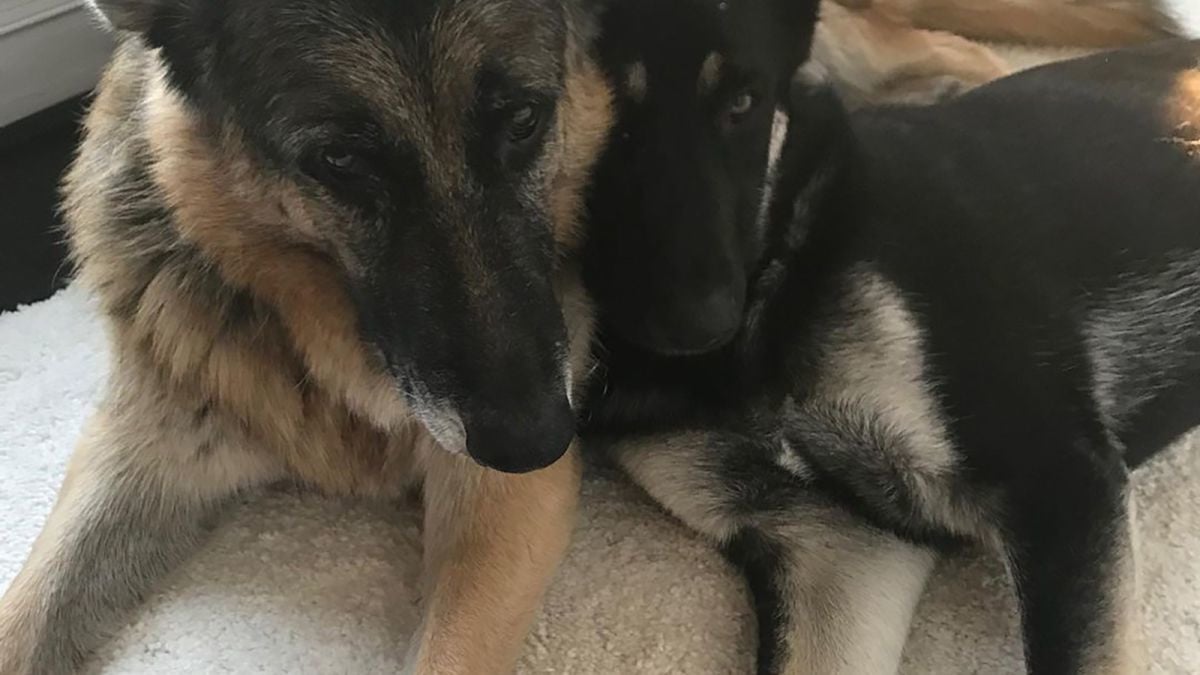 “As with introducing kids and dogs, the temperament of your senior dog should be considered when evaluating which puppy will make a good addition to your home. Differences in size, physical fitness, and medical history are huge factors to consider when blending young puppies and older dogs into one family”, Dr. Jerry Klein, Chief Veterinary Officer at the American Kennel Club explained on the AKC website.

The Senior Dogs Project concurred, saying the belief that an older dog could live longer with a younger companion should be taken with a grain of salt. “Most older dogs don’t like change, and some just won’t adjust to having another dog around. Others can adjust, provided the new dog is introduced properly and the old dog’s position as ‘top dog’ is maintained. This will require careful supervision.” 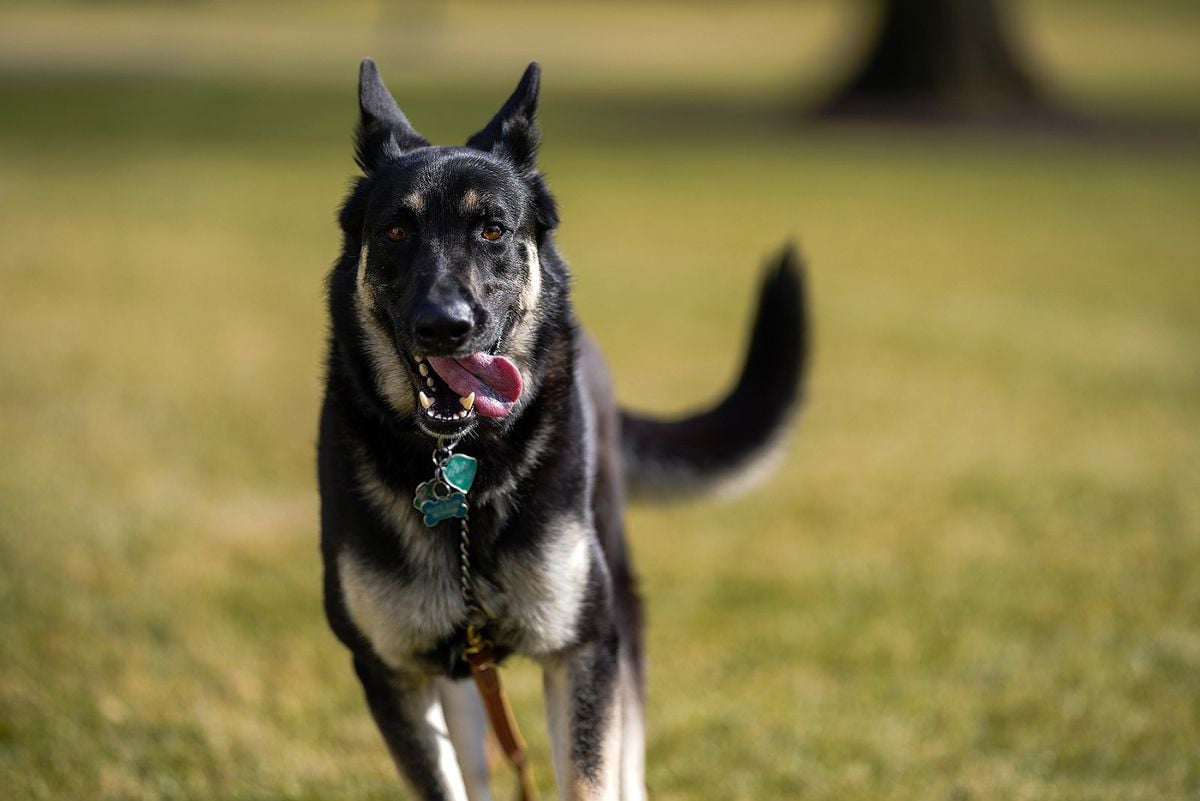 Although Champ and Major had been socialized and around each other for a couple of years before moving into the White House at the end of January, there was no shortage of new experiences the dogs had to be accustomed to. On The Kelly Clarkson Show, First Lady Dr. Jill Biden explained how she had to consistently train her dogs Champ & Major to get used to new things.

“They have to take the elevator, they’re not used to that, and they have to go out on the South Lawn with lots of people watching them. So that’s what I’ve been obsessed with, getting everybody settled and calm”, Jill Biden said. 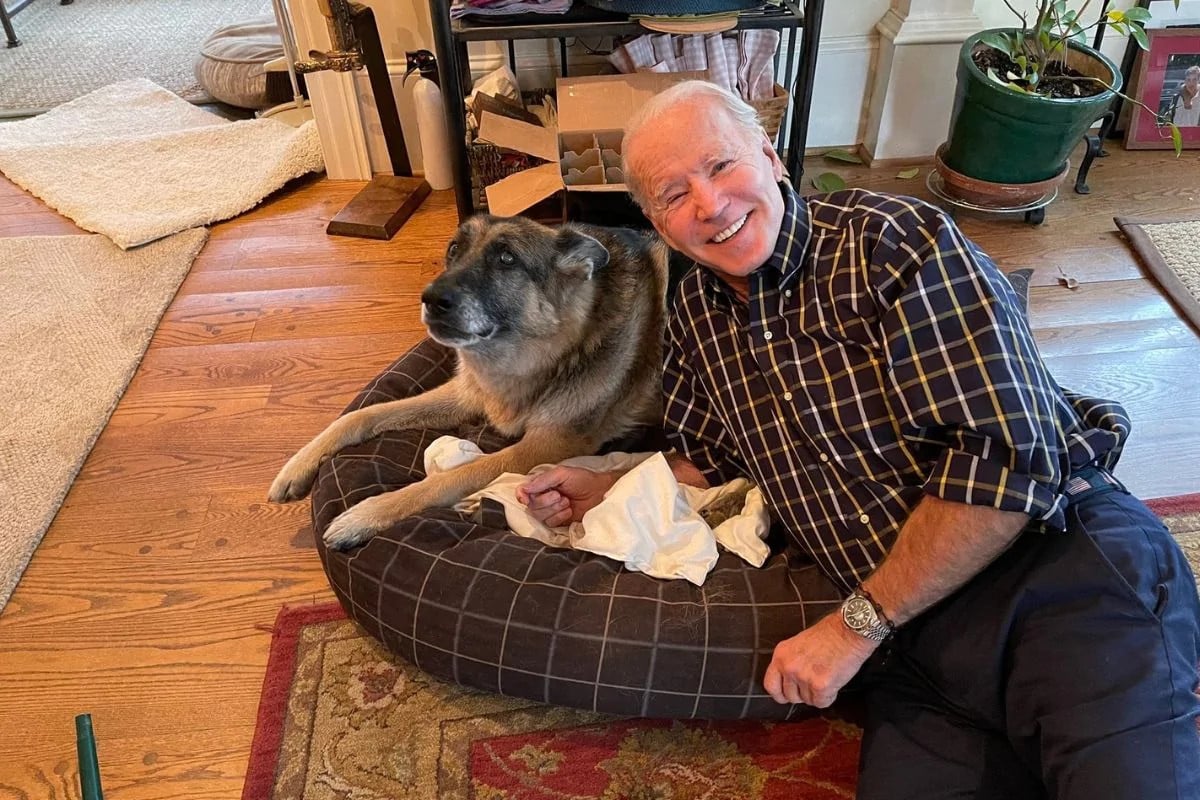 Being dogs, Champ & Major also like to charge around the White House and play, especially Major, whose roughhousing reportedly caused Joe Biden’s hairline fracture in November. Biden explained the incident in an interview with CNN after he appeared wearing a corrective boot.

Biden explained: “I’m walking through this little alleyway to get to the bedroom, and I grabbed the ball like this and he ran. And I’m joking, running after him and grab his tail. And what happened was that he slid on a throw rug, and I tripped on the rug he slid on.” 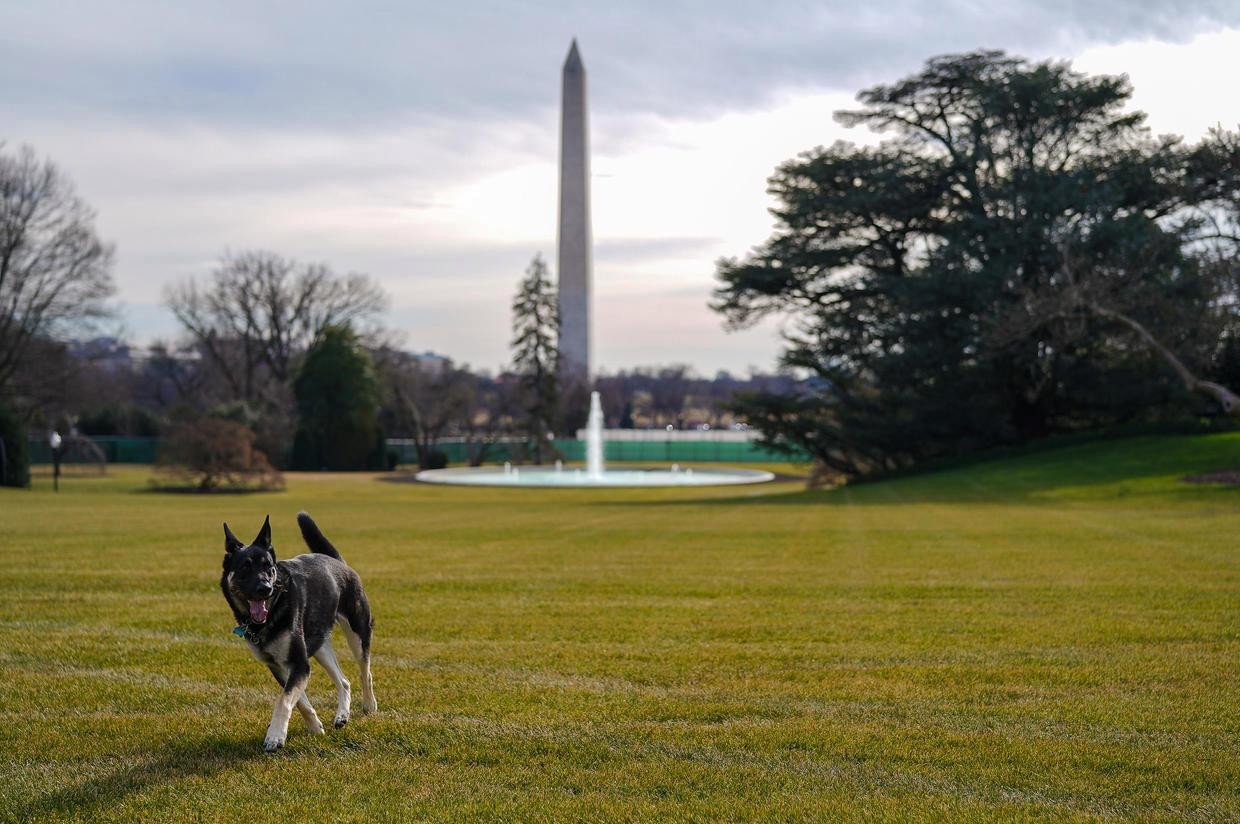 While it’s unclear why the biting incident took place, whether Major was trying to be playful, if he was overwhelmed by all the new stimuli in the White House, or if he was scared of his security detail, biting isn’t a behavior anyone wants to encourage, nor can the cause always be pinpointed.

The ASPCA explained on their site: “some dogs bite out of fear or frustration, and this type of biting can indicate problems with aggression. It’s sometimes difficult to tell the difference between normal play mouthing and mouthing that precedes aggressive behavior.” They also suggest consulting a dog behavioralist who specializes in aggression ASAP if you suspect your dog bites out of aggression.