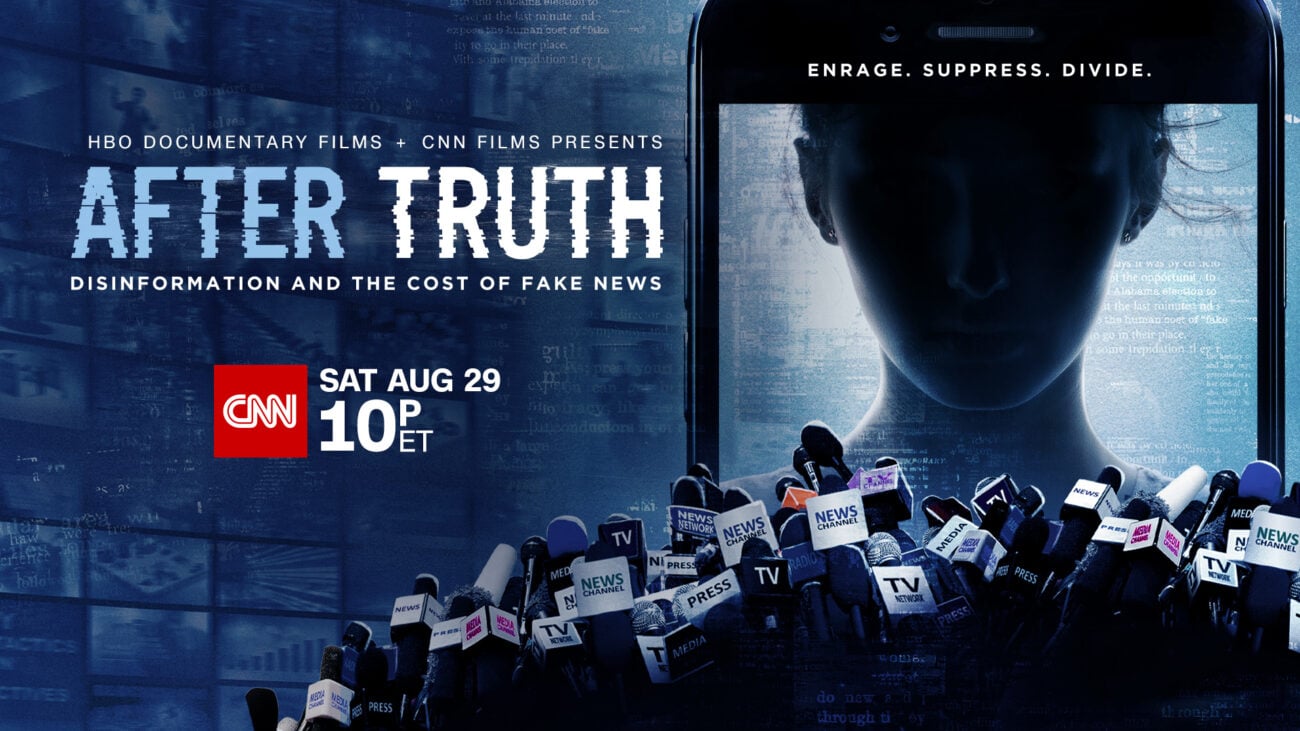 Is HBO’s new doc on the QAnon “conspiracy” helping or hurting?

Buckle up, because QAnon’s getting the documentary treatment. HBO Max is releasing a six-part docuseries called Q: Into the Storm. HBO’s docuseries promises to deliver intriguing information, bringing viewers from the first Q drops in the late 2010s to the Storming of the Capitol in 2021, which mainstream media has often linked to their most reported “QAnon conspiracy” that Trump won the election.

Of course, Q’s main conspiracy has jack to do with whether Trump won or lost the election. Rather, the main reported QAnon conspiracy is the U.S. is run by a satanic cabal of elites who prey on children, and the U.S. military asked Donald Trump to stop them. ‘The storm” was alleged to be the massive roundup of all the corrupt politicians engaging in this cultish child abuse – on both sides of the aisle. 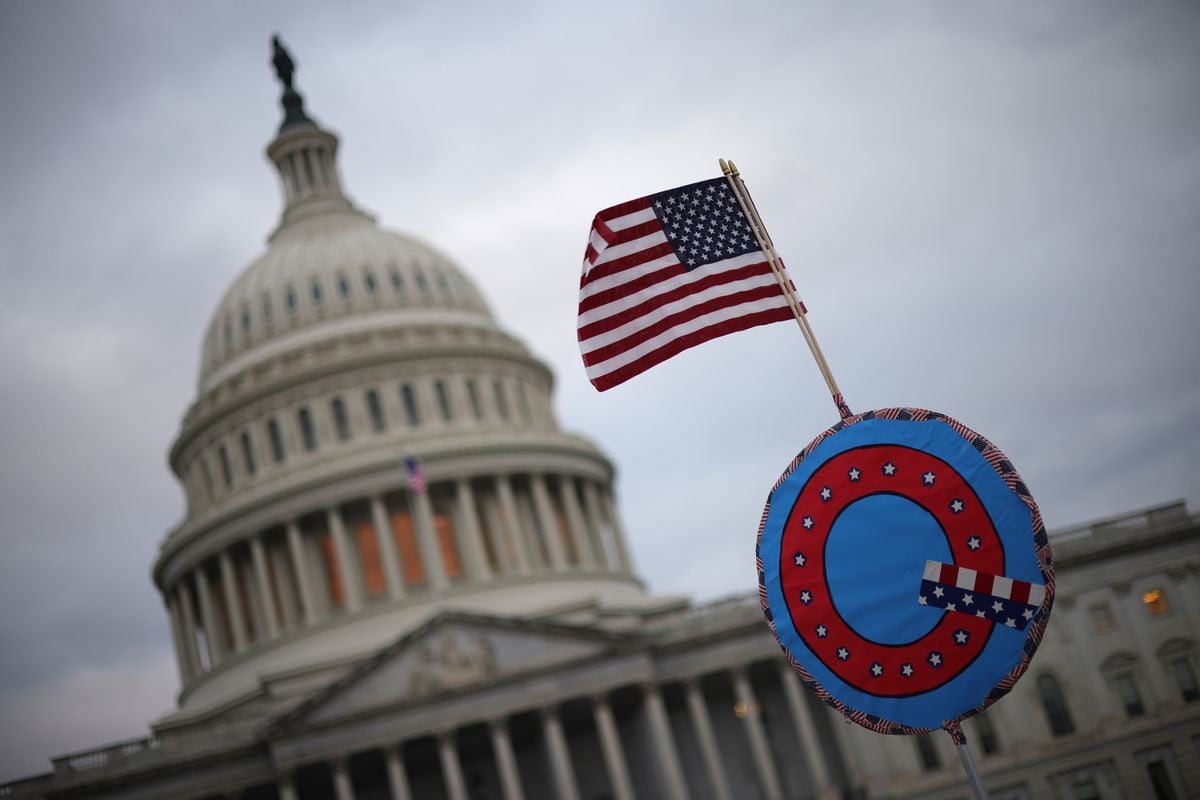 The critical question: will HBO Max’s new docuseries repackage the mainstream media narrative that QAnon is a dangerous cult spouting conspiracy after conspiracy to radicalize “the right” – or whether it’s something else entirely? Since no one knows who Q is, of course, HBO Max has promised in its trailer it will delve into the quixotic attempts to unmask Q – and perhaps tell us who Q is.

Will Q: Into the Storm reveal Q’s identity? Can it? Let’s dive into whether HBO’s new “QAnon conspiracy” docuseries will shine a light on what QAnon is, or whether it will just parrot what John Q Public’s been told by MSM.

Recent HBO docuseries like Allen vs. Farrow have reportedly only covered facts, doing exclusive interviews and including previously unreleased audio, but not delving into any new information. Some documentaries give firsthand accounts from behind the curtain, like in The Vow about sex cult NXIVM. Featuring journalists, 8Chan, and QAnon message board admins, Q: Into the Storm looks promising.

The trailer follows Fredrick Brennan, an early developer of 8Chan, now known as 8kun, Jim Watkins, the current owner of 8kun who some have speculated is Q, and Ron Watkins, Jim’s son who admins the forums where Q posts their “drops”. Ron laughs when someone off-camera says they suspect him of being Q in the trailer. 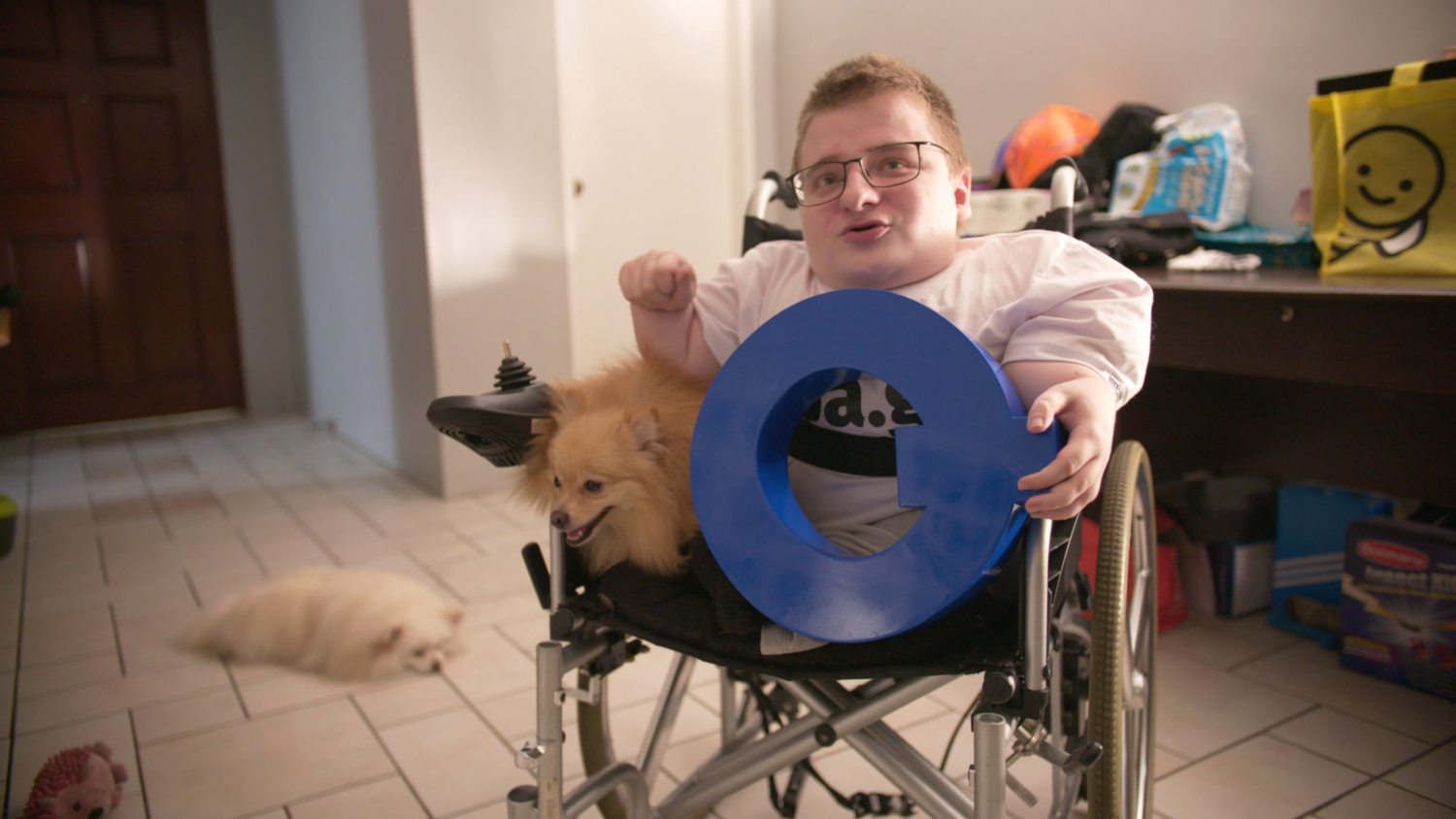 While the trailer promises a zany hunt, some of the cuts belie that the “QAnon conspiracy” documentary will toe the MSM line. “I think people are worried it’s going to be used to radicalize more people,” Ron exclaims in the trailer. “Do you think it’s warranted?” Immediately, the edit cuts to a man in an American Flag mask smashing a window at the U.S. Capitol building.

The QAnon followers we meet in the trailer are also stereotypically presented as overweight hillbillies with Midwestern accents; they ask the film crew: “Have ya heard of da Q?” Comments from Brennan about how he started 8Chan while “coming down off magic mushrooms” also throw Q: Into the Storm into Tiger King territory before its release. 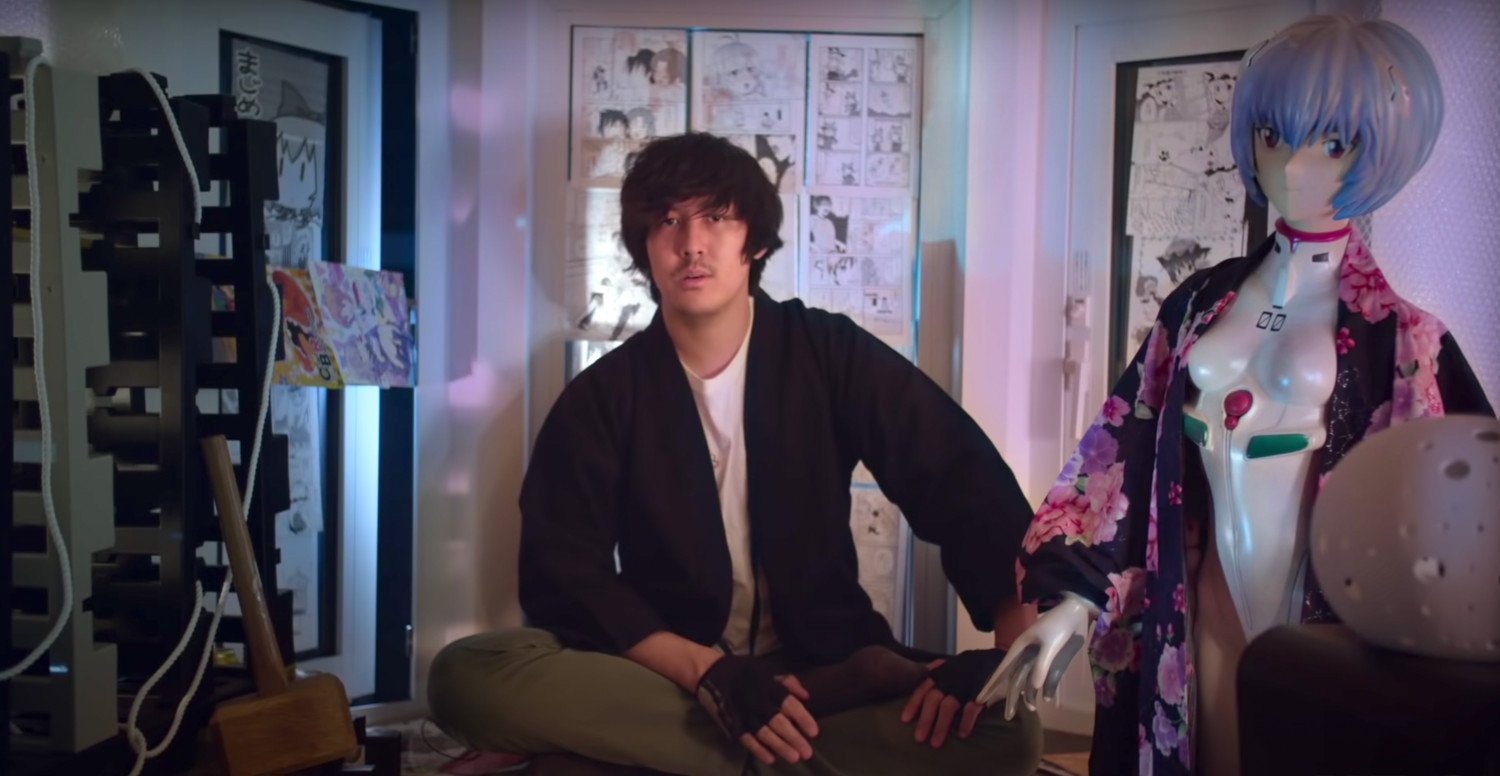 An early review from Variety detailed director Cullen Hoback has been on Q’s trail since 2018. The What Lies Upstream director may have collected this footage culminating in the January 6th incursion which MSM has linked to a purported QAnon conspiracy. From there, Variety revealed that Q: Into the Storm will tackle the freeze peach question, as they mentioned the “reproducibility of falsehoods” as a theme.

However, they also concluded Hoback’s take could possibly show a pro-QAnon side? “Perhaps predictably, given the tendency of conspiracy thinking to reproduce itself, Hoback seems to have lost a sense of proportion and of relative interest in his time in the rabbit hole. Hmmm. . .

In its early review, The Hollywood Reporter noted possible competition between the supposed arbiters of the QAnon conspiracy online. It seems like the main players introduced in the trailer may be teasing exclusive information they have – it will either be up to Hoback to coax it out of them or up to the viewer to decide who’s being more truthful. 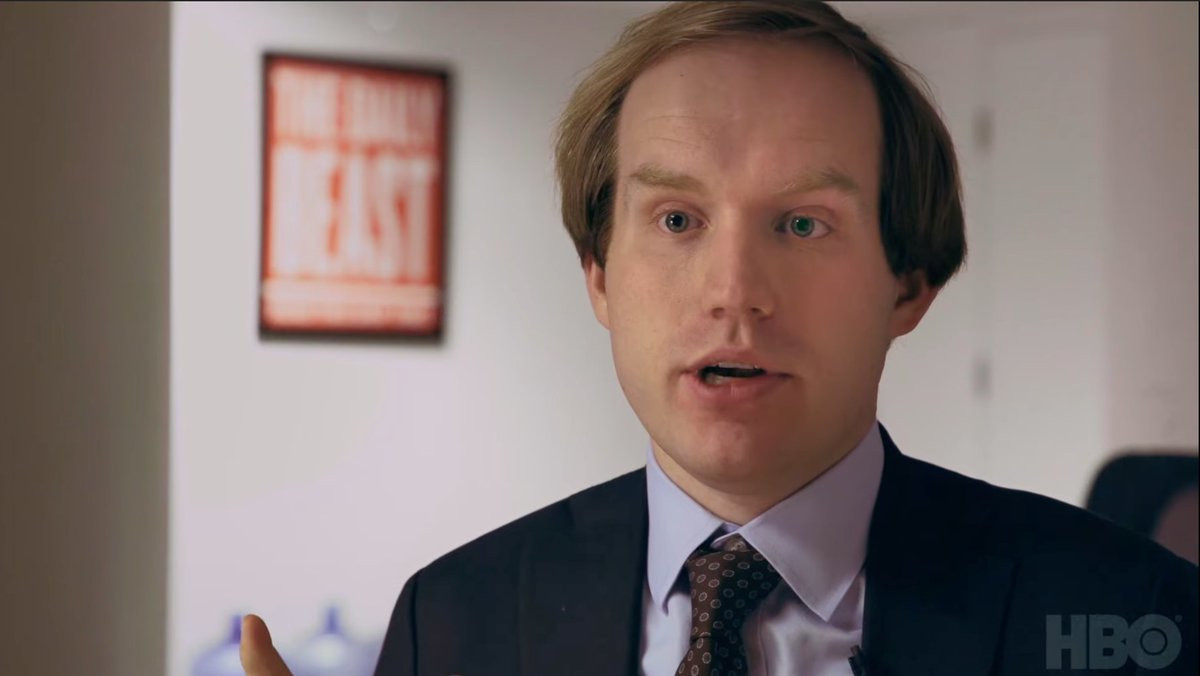 “All three of these figures exhibit either uncomfortable candor or the impression of uncomfortable candor; it’s never clear whether the director is manipulating them or they’re accommodating him to get more screen time, as part of a strategic war against their former business partners — or just to gain information, which may or may not be power in Q’s disinformation campaign.”

In the trailer for HBO’s QAnon conspiracy documentary, this line stood out, highlighting the war between Q & his followers and mainstream media: “Followers try to discredit reporters because we’re required to find out if it’s true or not.” In those words, we’ll have to find out how this HBO docuseries will tackle each QAnon conspiracy when it drops on HBO Max on March 21st.