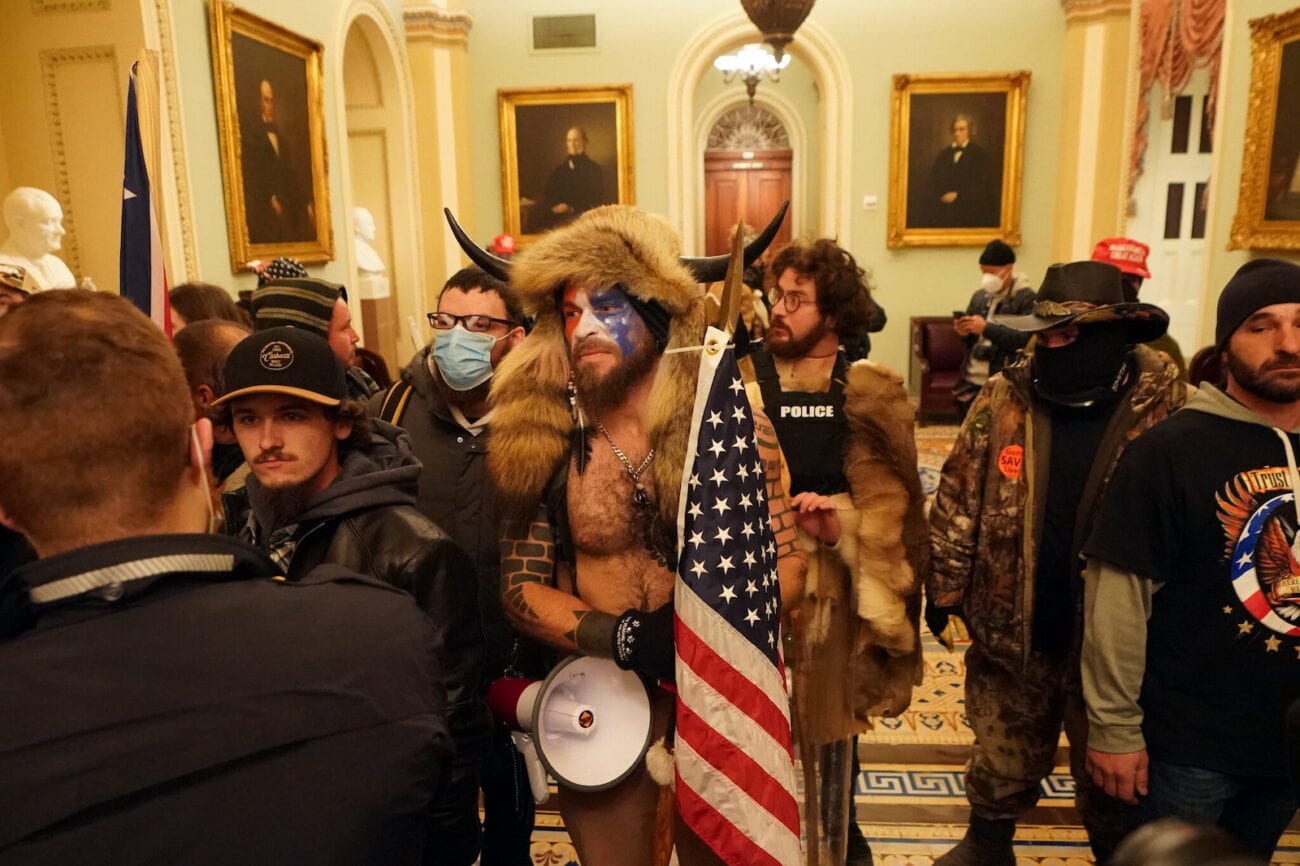 Self-proclaimed QAnon Shaman Jacob Chansley, who stormed the Capitol building on January 6th, recently participated in a jailhouse interview with CBS’s 60 Minutes. In it, he explained his reasoning for participating in the violent attack, as well as his political & spiritual beliefs. Here’s everything that went down in the dramatic interview. 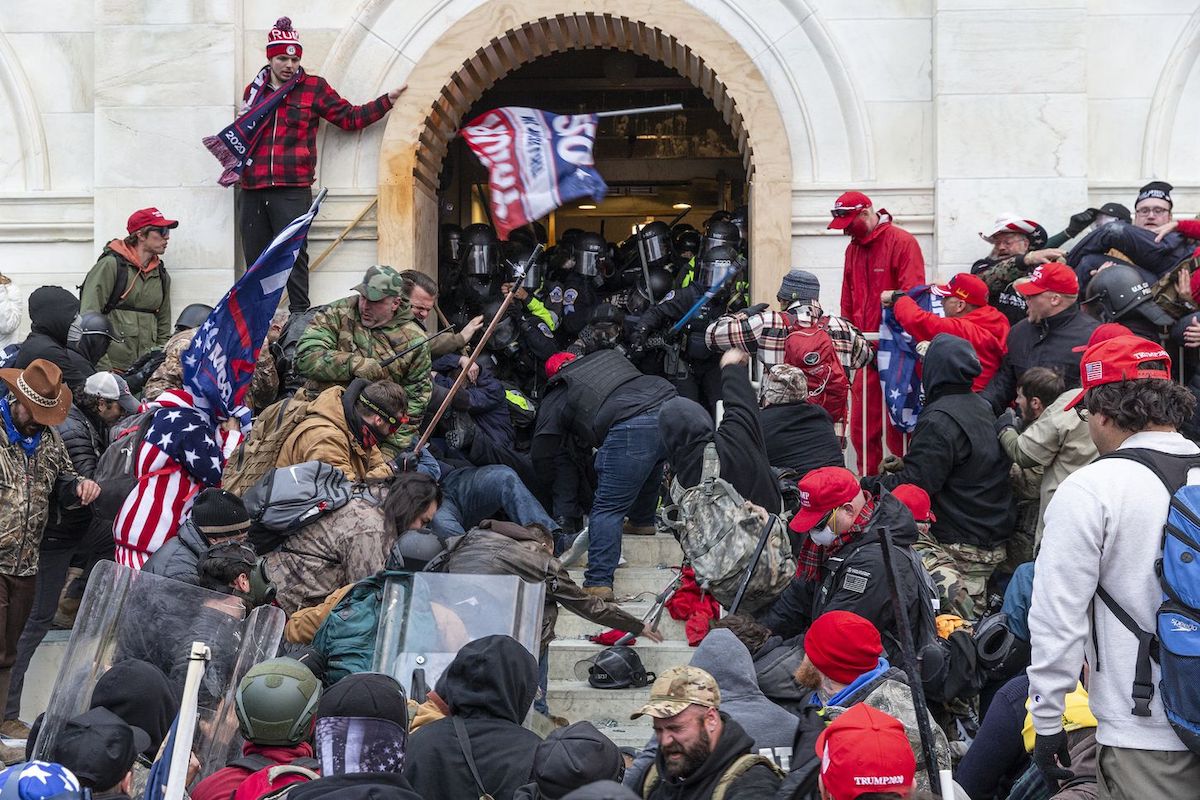 Why is Jacob Chansley in jail?

QAnon Shaman Jacob Chansley currently sits behind bars in Washington, DC, facing multiple charges that relate to his role in storming the Capitol. Court documentation, video footage, photographs, and other testimony all confirm that Chansley was in fact in the midst of the January 6th riot.

Indeed, when watching footage of the fated day, it’s hard to miss Chansley. In the Capitol – he was wearing horns, fur pelts, and face paint. Inside the Capitol, Chansley left a note in ex Vice President Mike Pence’s office saying “it’s only a matter of time, justice is coming,” and also wrote that Pence is a “child-trafficking traitor” which is a popular theory on QAnon. 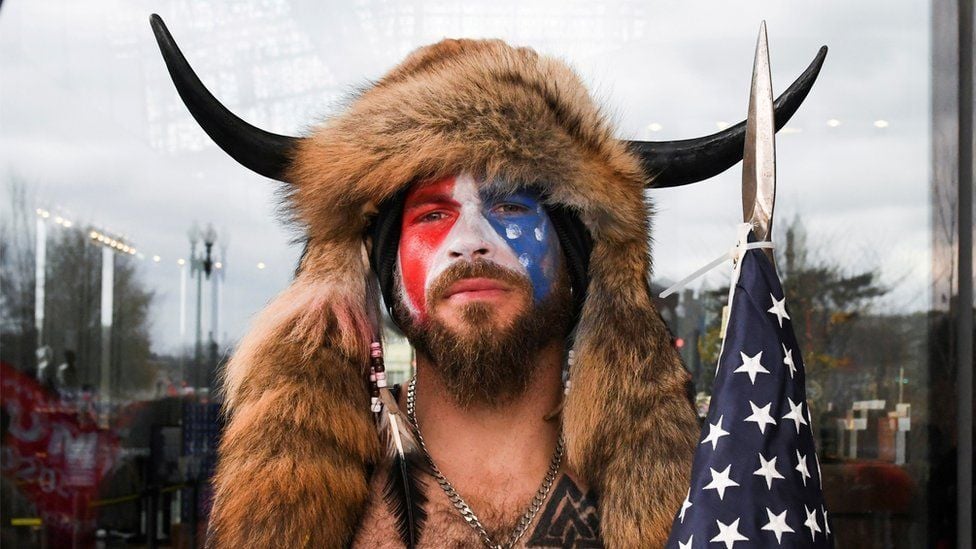 How is jail life treating Chansley?

Based on his belief systems, Jacob Chansley refuses to eat non-organic food and therefore has hardly eaten since setting food in the prison cell. Chansley’s attorney Albert Watkins wrote in a statement: “The Defendant has not been able to consume any food since the commencement of his stay in Washington, DC, being a period in excess of one week.”

Watkins added: “It is understood the Defendant has lost weight in excess of twenty pounds during the week.” He also wrote: “Based on Mr. Jacob Chansley’s shamannic belief system and way of life, non-organic food, which contains unnatural chemicals, would act as an ‘object intrusion’ onto his body and cause serious illness if he were to eat it.”

He continued: “An ‘object intrusion’ is the belief that disease originates outside the body from unhealthy objects coming into the body. In shamanic traditions, the body, mind, and soul are interconnected, and the well-being of all three are necessary for my client to be able to practice his faith.” 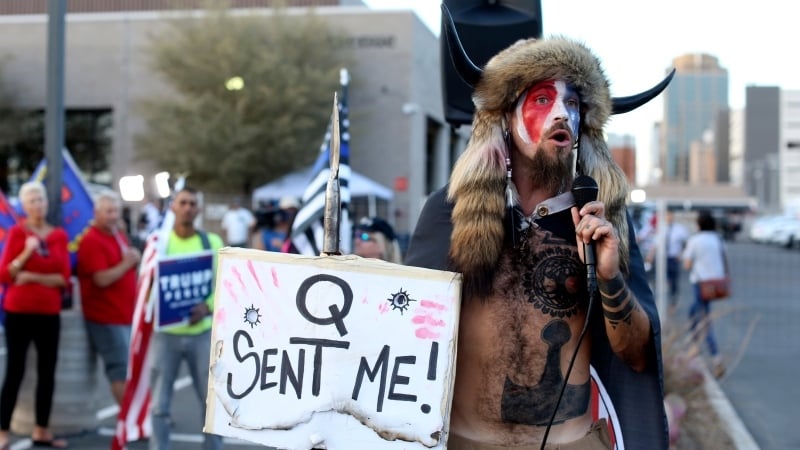 What does Chansley have to say about the attack?

QAnon’s Jacob Chansley told CBS’s 60 Minutes that he did not consider the insurrection to be a domestic terrorist attack. “My actions were not an attack on this country,” he said. “That is incorrect. That is inaccurate, entirely.”

Chansley also told CBS’s 60 Minutes that, during the event, “I sang a song. And that’s a part of shamanism. It’s about creating positive vibrations in a sacred chamber. I also stopped people from stealing and vandalizing that sacred space, the Senate.”

He continued: “I actually stopped someone from stealing muffins out of the break room. And I also said a prayer in that sacred chamber. Because it was my intuition to bring divinity, and to bring God back into the Senate.” 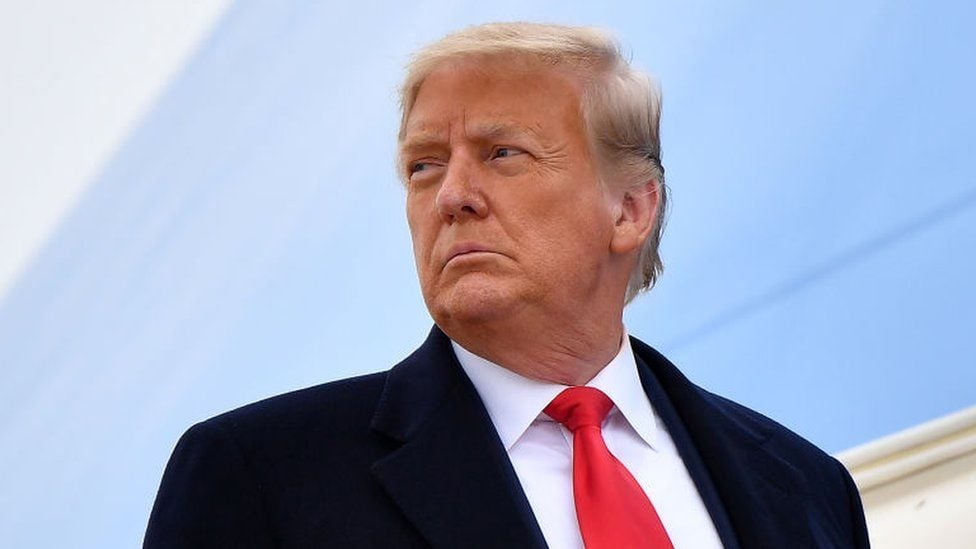 Other comments from Chansley

In addition to his recollections of his time storming the Capitol, Jacob Chansley also told CBS’s 60 Minutes that he is still a Trump supporter, and will not stop adhering to QAnon conspiracy theories anytime soon. He also told the outlet that he believes the 2020 election was rigged. “It disappointed me so greatly that I and others did not get a pardon,” he confessed. 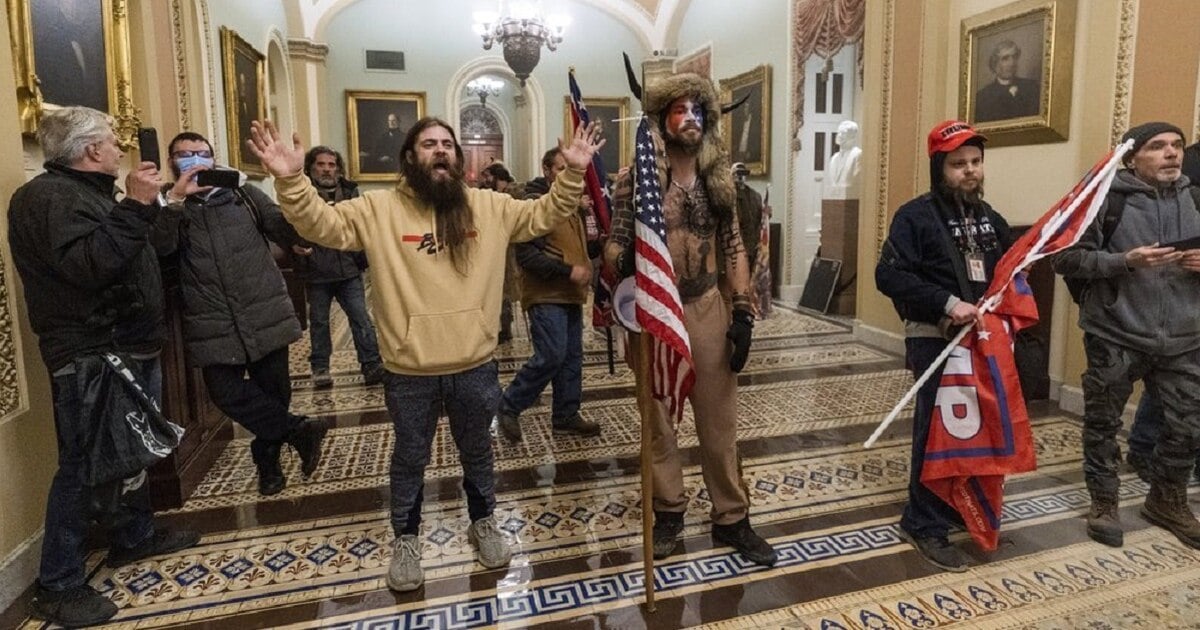 What’s next for Jacob Chansley?

According to CBS’s 60 Minutes, QAnon shaman Jacob Chansley will face a judge on Friday, who will determine whether or not he will remain behind bars before his trial. Prosecutors seem doubtful that he will be prematurely released, however, as his lack of remorse and his refusal to condemn dangerous extremist conspiracy theories ultimately make him a danger to society.