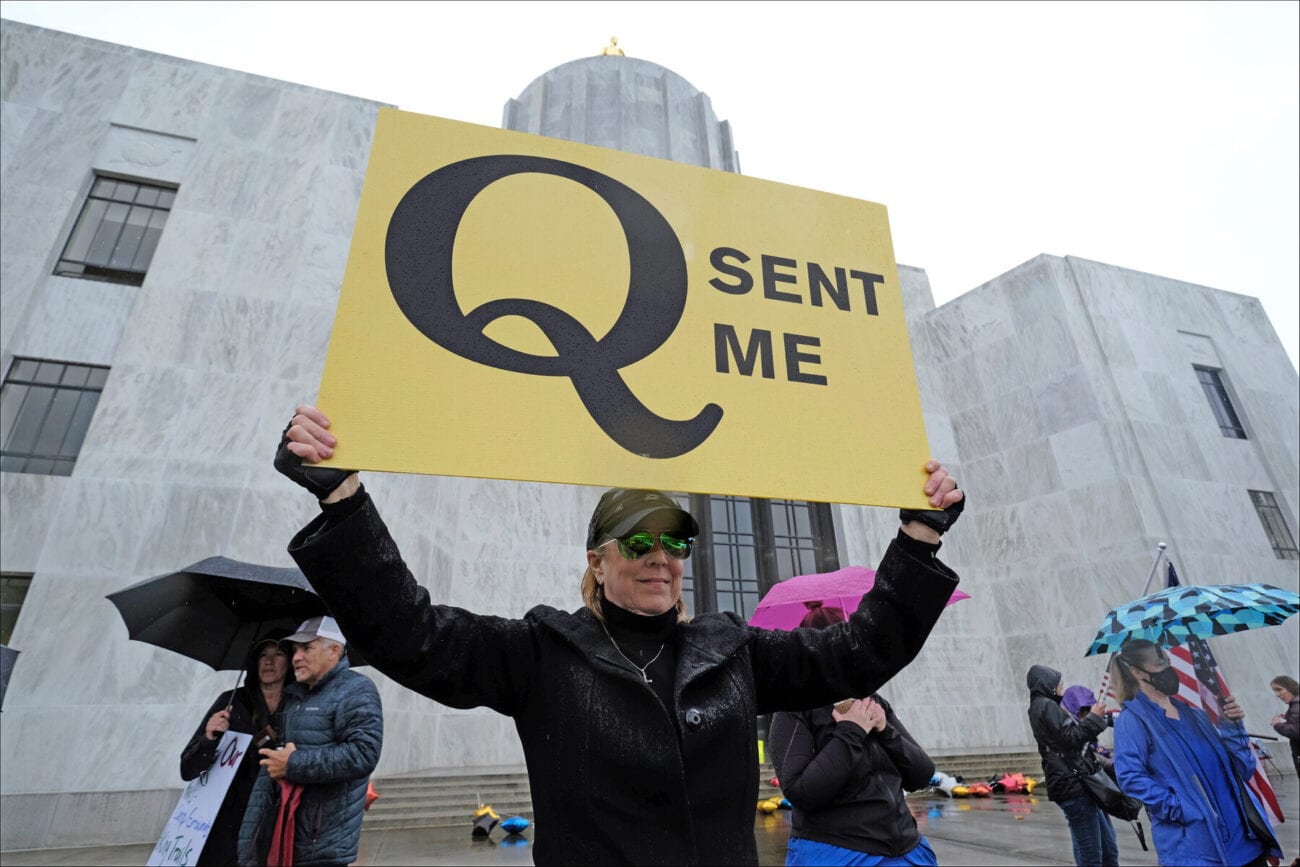 Are QAnon conspiracy theorists giving up after Biden’s inauguration?

You may have seen the videos on your social media page: QAnon supporters crying their eyes out at Joe Biden’s inauguration. Screenshots of QAnon followers narrating their disillusionment with Q also popped up this week, proclaiming “the Storm” hadn’t come, so they were finding something else to do with their time besides surfing 8kun boards for cryptic messages about an alleged secret cabal of pedophiles who run the U.S.

Or are they? Some sources link QAnon’s origin to Pizzagate in 2016, but Q posts didn’t begin appearing until October 2017. Believers in the QAnon conspiracy maintain that the deep state is run by a cabal of satanic pedophiles who kidnap children and siphon their life energy for demonic purposes – among a host of other beliefs.

Awareness of Q took off in 2020 and reached new heights after the storming of the U.S. Capitol on January 6th. Although “the Storm” that QAnon conspiracy believers claimed would happen didn’t take place, does that mean QAnon is gone for good? 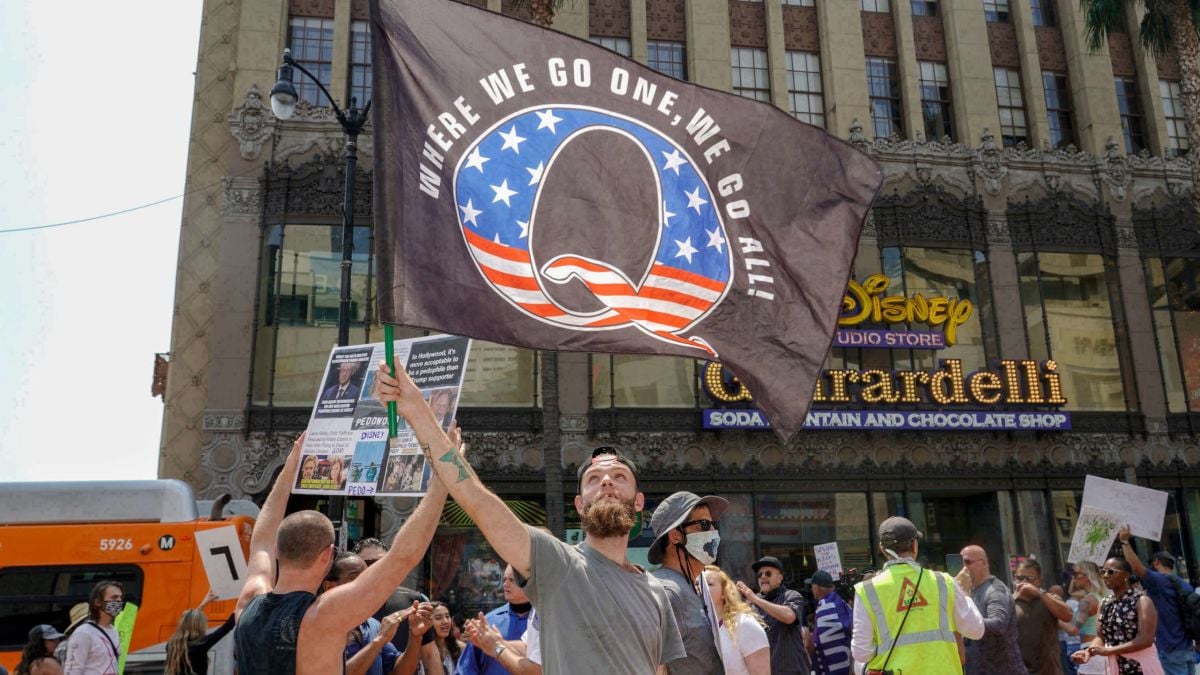 No one knows who Q is, and finding accurate information about Q’s identity and what Q’s actually posted requires some deep dives into internet rabbit holes. Some of the earliest known Q posts involved the Vegas shooting. On 8chan (later 8kun), a poster signing their posts as Q began asking vague questions about the deep state – and the movement took off from there.

In one early Q post (a.k.a. drop), Ellen DeGeneres ended up being implicated (through the Q grapevine) as a government spy that was part of a coverup of the Vegas shooting. Per a Q post, the Vegas shooting was a CIA drill gone awry, and since that’s the Cliff’s Notes version, there’s more to the post than that. In fact, there’s always more to a Q drop than meets the eye.

When Googled, the words & phrases Q posts can lead to some very interesting information about an ongoing war between the U.S. military and government intelligence agencies like the CIA. Any conspiracy theorist will tell you the latter is part of the deep state. QAnon believers will further explain that Donald Trump was a plant for the U.S. military to root out pedophiles in the U.S. government. 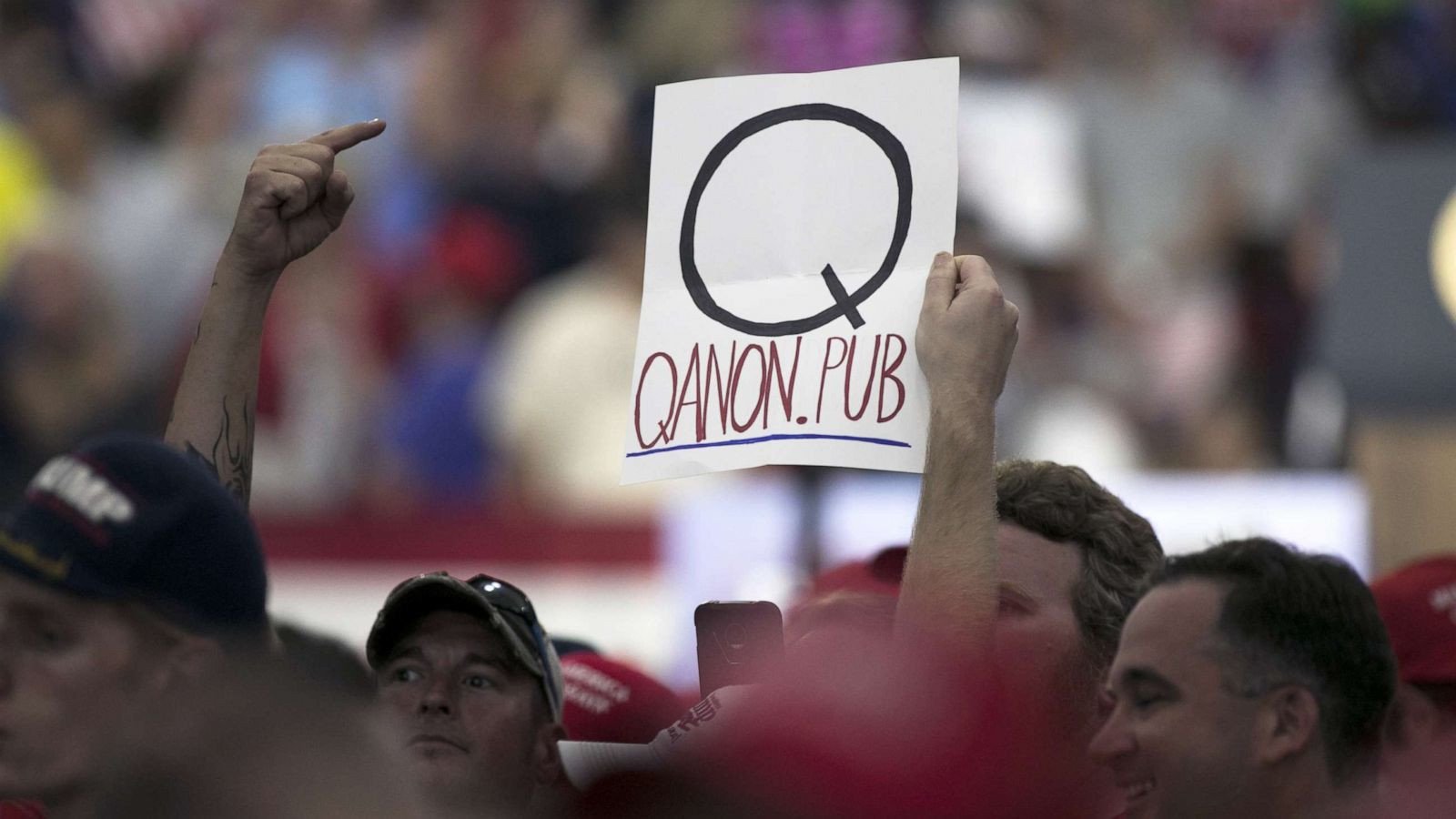 What exactly is “the Storm”?

QAnon conspiracy believers maintain Q is deep in the government, be it military or in the Oval Office itself. The Q conspiracy further explains “the Storm” is coming: per the theory, the day Donald Trump would send the U.S. military & police officers to arrest the members of this Luciferian cabal and expose their entire operation for the world to see.

According to The Hill, many QAnon conspiracy theories believed that day was Inauguration Day. They believed Donald Trump & the military were waiting in the wings, and that before Joe Biden could put his hand on the Bible, officers would swoop in and arrest him and other government officials behind the cabal.

However, when exactly when the Storm was supposed to occur was never clearly specified by Q. Q mentioned the Storm in drops, but never gave an exact time. Q did, however, paraphrase & allude to quotes by Donald Trump which seemingly referenced the Storm. Q also posted URLs to articles which Q claimed “preemptively strike” at QAnon conspiracy theories, meaning the Storm could refer to media attacks.

Q drops referencing the Storm also allude to Russiagate, an investigation into the possible “hacking” of the 2016 U.S. elections. More on that later. 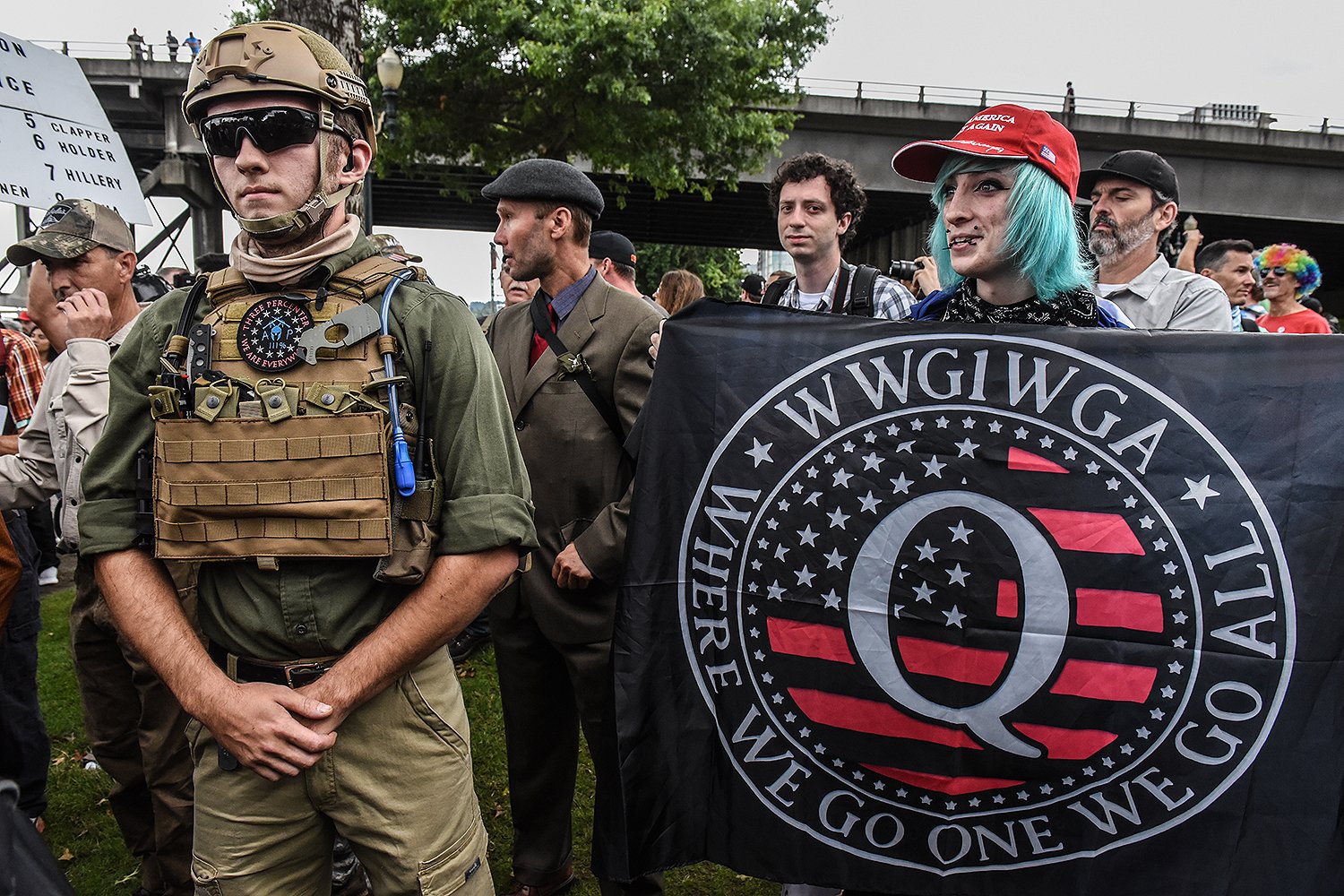 As we mentioned in a previous article, covering Q is like a big game of telephone. Q posts something, anons post it on other forums, QAnon bloggers give their takes, and John Q. Public (no pun intended) walks away with a message filtered through tons of channels before it reaches him.

The last time Q posted the phrase was November 12th, when he prompted his followers to take a closer look at Bryan Ware’s resignation, which Q claimed was forced before an onslaught of questions about “safeguarding elections from foreign influence” and voter ID laws.

Q also mentioned we were in “post-POTUS” times, possibly alluding to the claims of election fraud, which Google & Facebook bots probably told you were unfounded before you even clicked this link. 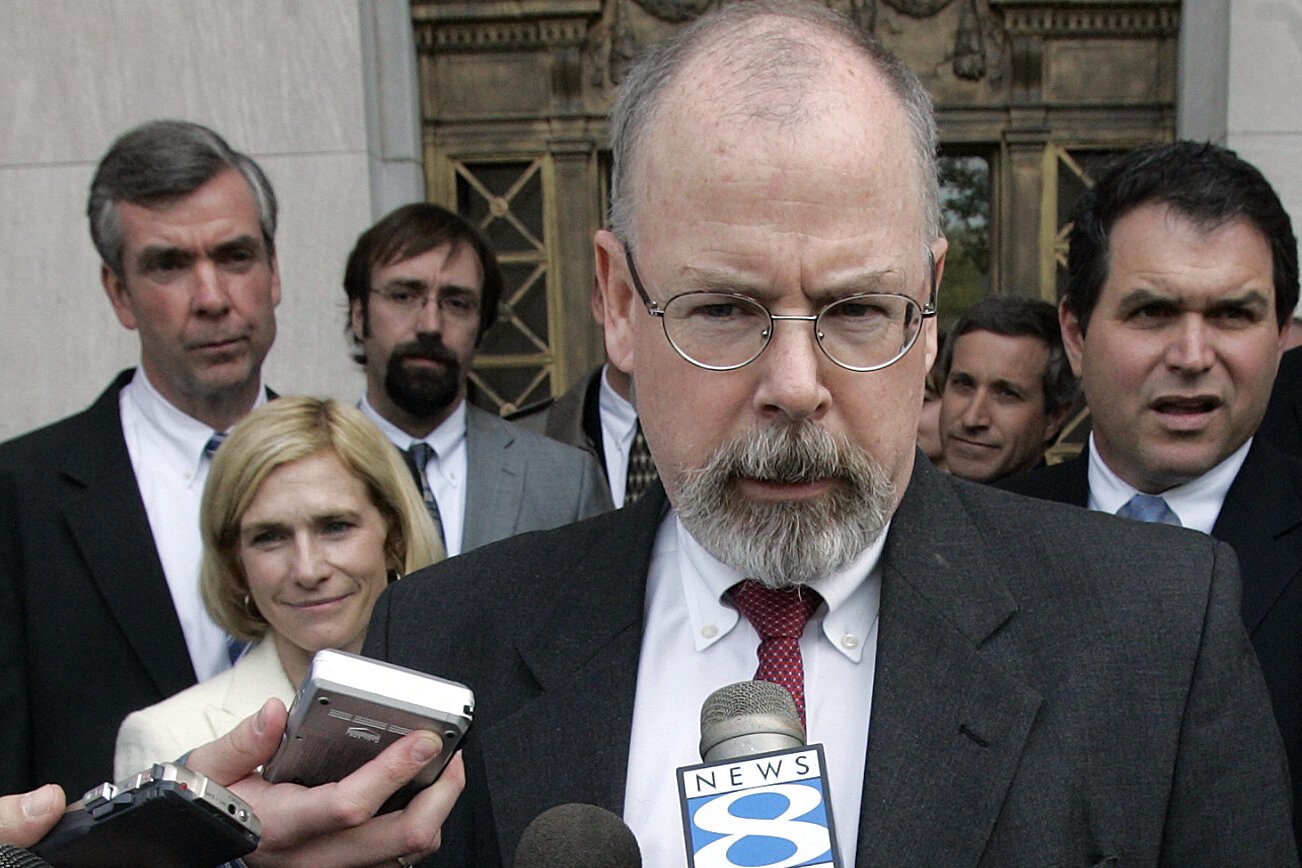 The day after Q’s November 12th drop, he simply posted “Durham”, referencing Special Council John Durham’s report about illegal spying on 2016 U.S. presidential candidates election – or possibly a more circuitous reference to the flat-bottom Durham boats General Washington used to cross his troops over the Potomac in the surprise attack on British redcoats in Trenton, New Jersey that turned the tide of the Revolutionary War.

The Daily Caller reported that an intelligence official prompted Durham to make the investigation public to Americans before the inauguration, and the report would detail the origins of the 2016 Russia probe, an investigation looking into the possibility of election interference from Russia that allegedly tipped the scales in Trump’s favor. 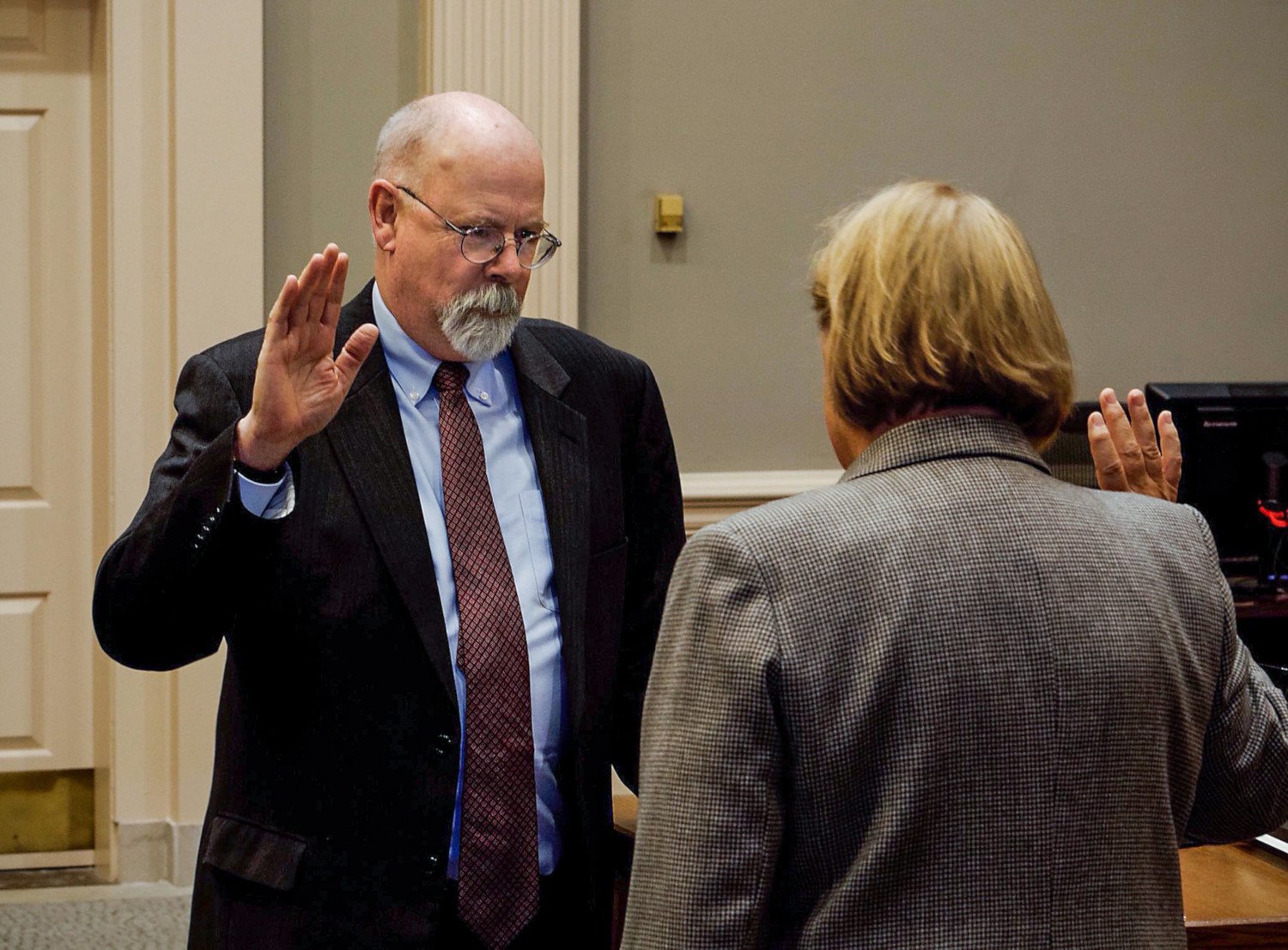 In an op-ed from Arutz Sheva, it was pointed out that U.S. conservative pundits, including Sean Hannity, have been waiting for the Durham Report to expose election fraud committed by top Democrats “all the way up to Obama”.

According to many, the report contains damning evidence that the entire Crossfire Hurricane investigation into the Trump team in 2016 was premised on falsified evidence provided to the FISA secret courts to get permission for spying. Per the article, Durham never released the report. The op-ed claimed it will probably never see the light of day. 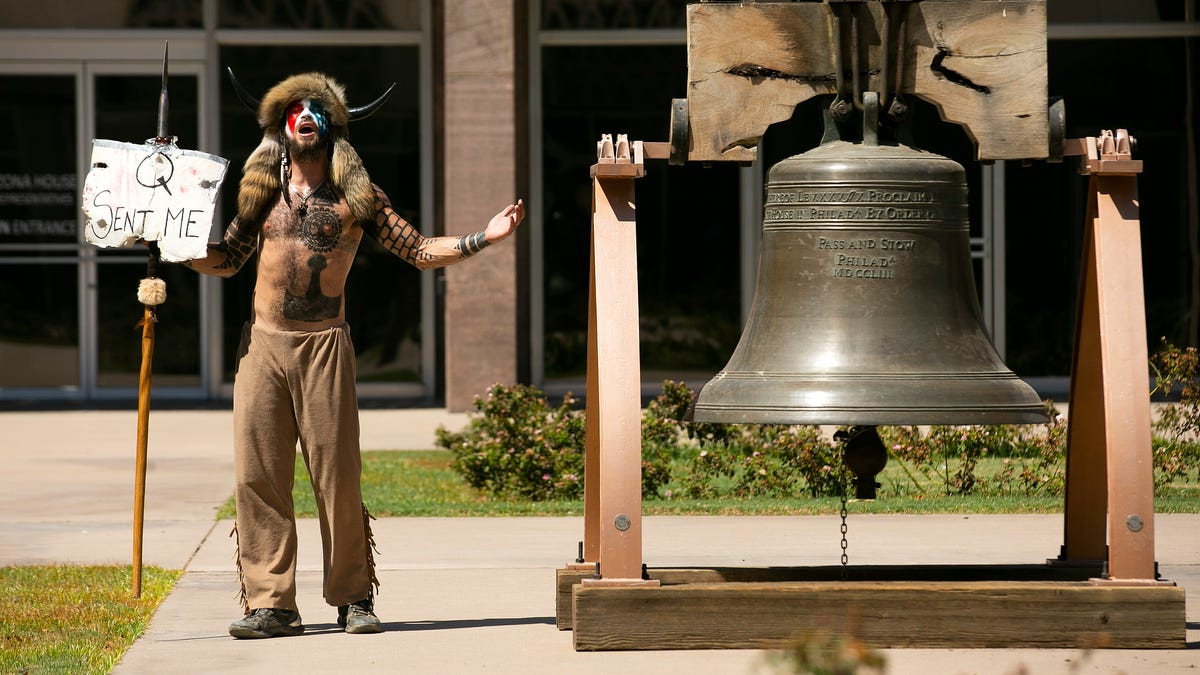 The last archived Q report was from December 8th, 2020, leading to a YouTube video that was taken down. Mad_American posted the video with the caption “we’re not gonna take it”.

YouTube claimed it took the video down because “this video contains content from UMPG Publishing, who has blocked it in your country on copyright grounds” (pro-tip: VPN). It also had a disclaimer about the U.S. election: “Joe Biden is president.”

Indeed, Joe Biden’s inauguration went down without a hitch, and now news outlets are reporting the disillusionment of users on QAnon forums. The Hill quoted an 8kun forum user, who posted they “thought things would finally change and the deep state would be exposed”. 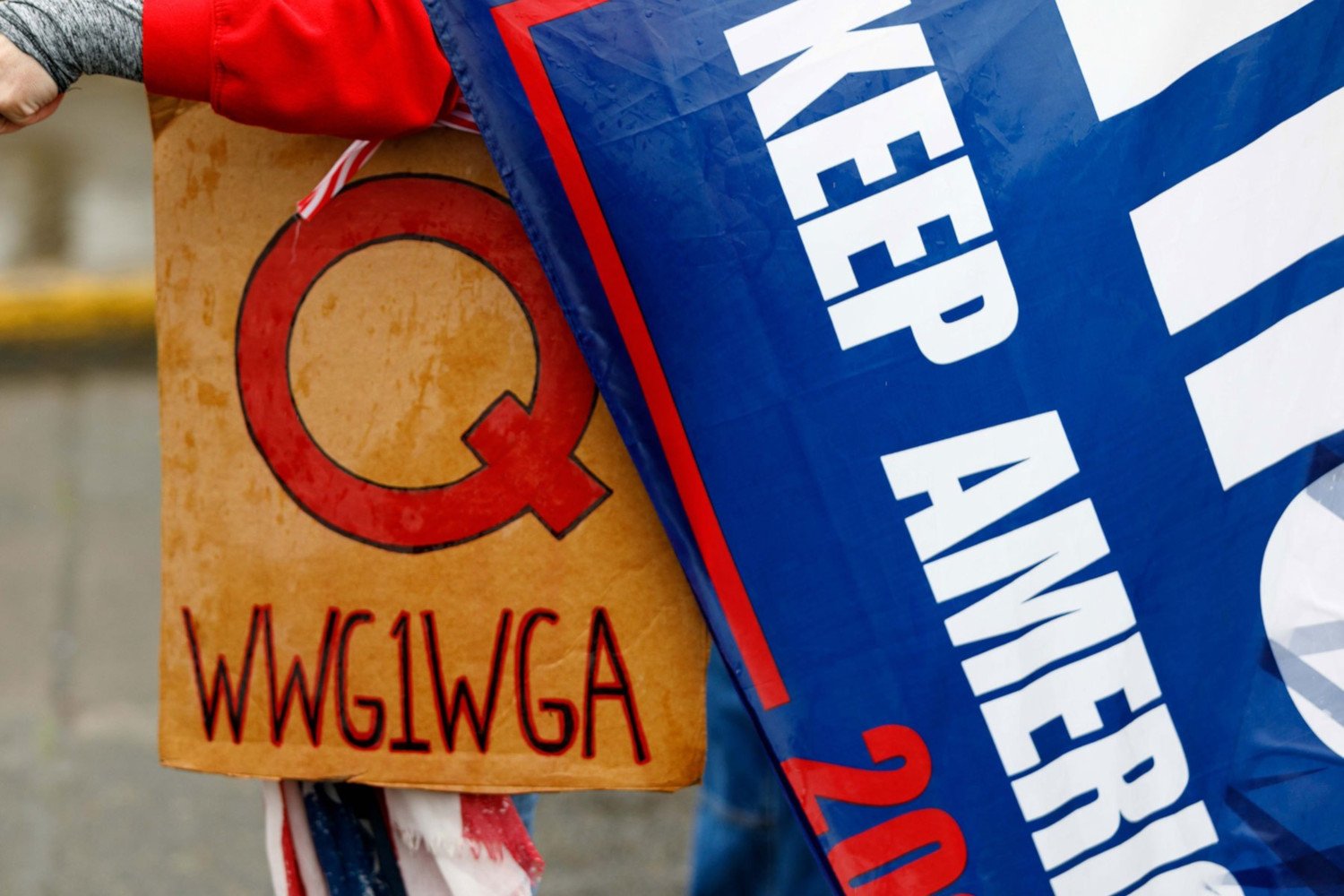 However, The Hill noted that:

“. . . a large swath of QAnon followers still appeared to be on board with the theory despite Biden’s inauguration, and the community has continued to grow despite previous predictions not coming to fruition.” They also noted buzz around Trump’s alleged “Patriot Party” and claimed, “more violent right-wing groups are also already strategizing how to convert disillusioned QAnon followers to their ranks.”

Q drops may have dropped off, but the Anons are still buzzing. Is this the last we’ll see of QAnon conspiracies? Share your juiciest conspiracy theories below.