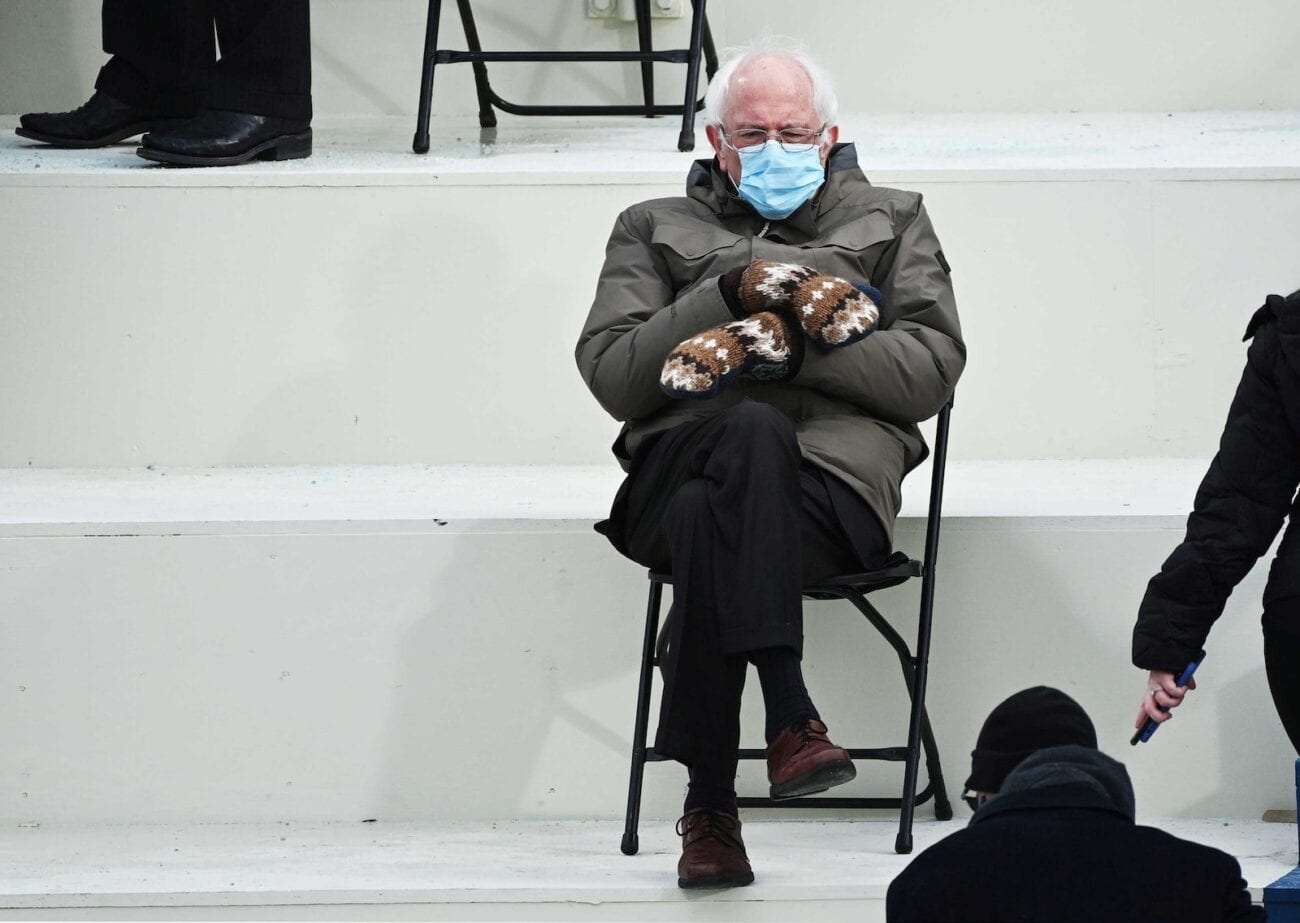 Bernie Sanders’s Inauguration look was made for memes: The best ones

Yesterday’s Inauguration had a lot of MVPs. Of course, there was Michelle Obama’s show stopping pantsuit, and let’s not forget Lady Gaga’s remarkable rendition of the National Anthem. But a resounding opinion marks Bernie Sanders the winner of the Inauguration when a photo was snapped of him sitting by himself wearing knitted mittens. Here are the best memes of the senator’s Inauguration look.

This hilarious meme puts Bernie Sanders right in the middle of our favorite McKinley High crew. And imagining Sanders belting out “Don’t Stop Believin’” pretty much has us dying with laughter.

i love it xD #BernieSanders pic.twitter.com/nUa2kA2oAz

Another Twitter user edited Bernie Sanders sitting beside Deadpool, and we are living for this pairing. Sanders fighting baddies and making inappropriate jokes along the way? We’re totally here for that sequel.

One editing wizard put their skills to use and edited Bernie Sanders into the Simpsons family and, we don’t know why, but it’s just so . . . fitting.

Senators at the diner

Before we could even blink, art history Twitter got a hold of the Bernie Sanders memes and the results were nothing short of spectacular. One edit put Sanders in Edward Hopper’s famous 1942 painting Nighthawks, and his lonely Inauguration vibe made him a perfect diner-goer.

This would have saved Season 8…#GameOfThrones #BernieSanders pic.twitter.com/I7FnvkRDmJ

This edit of Bernie Sanders in the Game of Thrones throne is fitting for a couple different reasons. Firstly, Sanders just looks so regal in that chair. And second, it’s no secret a number of people wished Sanders was the one being sworn in instead of Biden yesterday. So, seeing Sanders on that throne just feels good.

This edit just takes Sanders memes to a completely new level, technically & otherwise. Someone edited Bernie Sanders in the place of Patrick Swayze’s character in Ghost, making pottery with his wife. It’s sensual, uncomfortable, and just plain bizarre. And we love it.

Another day on the job

This edit puts Bernie Sanders in the middle of the iconic photo of the men building the Golden Gate Bridge. And, if anything, this meme just goes to show that the Sanders photo can really be used in any and all situations.

Well, if anyone doubted there were limits to this Bernie Sanders meme, they stand corrected by this edit. This image shows Bernie Sanders in Leonardo da Vinci’s The Last Supper, and he is literally in the place of Jesus. Need we say more?

Whether or not you’re a Bernie Sanders fan, you have to admit that some of these memes are pretty darn funny. If the Inauguration tells us anything about the year ahead, then we are in for some pretty solid memes.