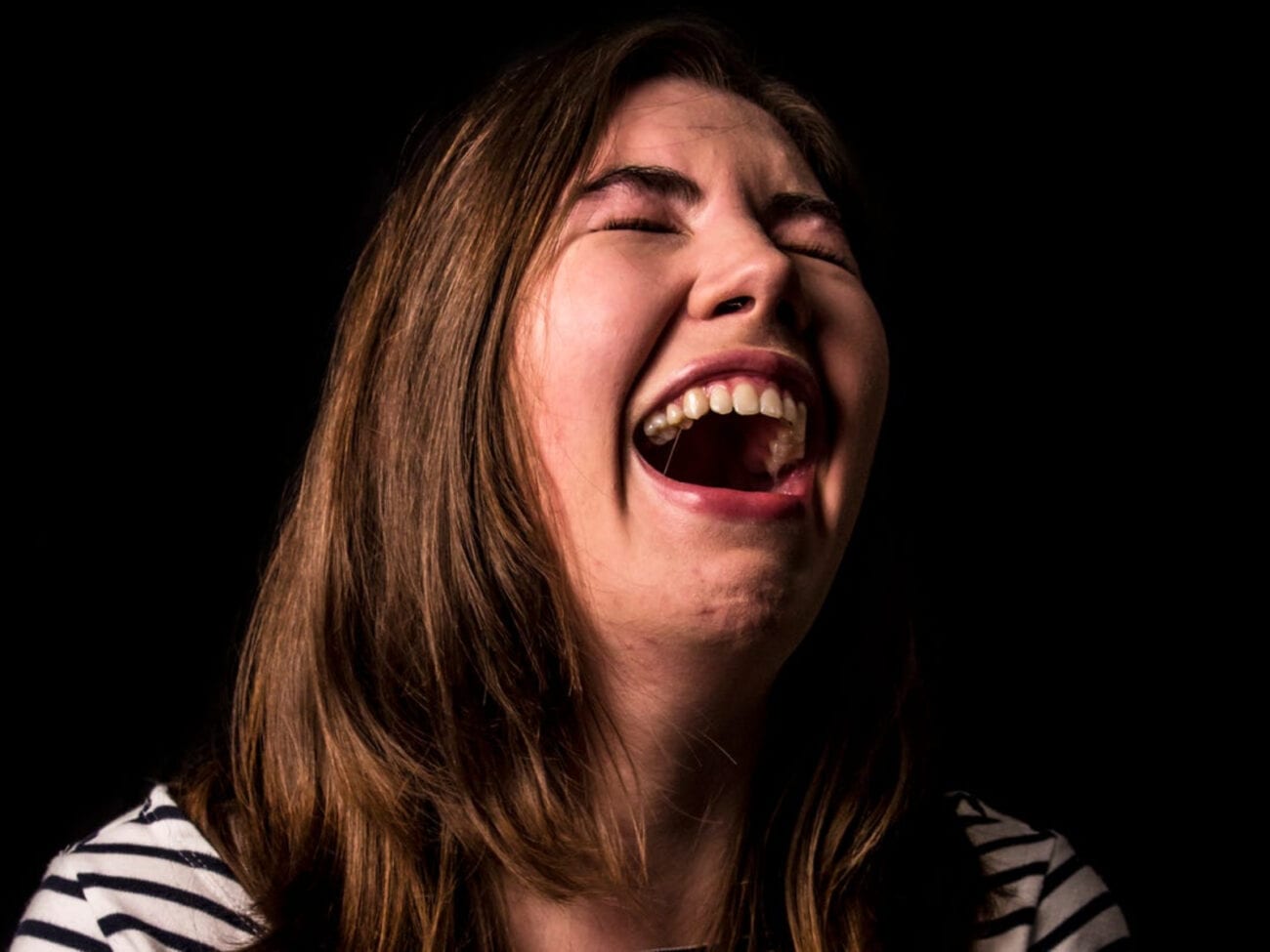 Do you have a sick sense of humor? Laugh at these ghastly dark jokes

Halloween’s around the corner. Honestly, we love dark humor year-round, but October gives us an excuse to be morbid and twisted. We’re sure the serial killers who get away with murder at Halloween Horror Nights share a similar sentiment . . . 😬

Anyway, these jokes are for those who drink their humor black. They will have you belly-laughing and questioning how bad of a person you are at the same time. The best humor summons mixed emotions. So while you may be biting your fist as you laugh, one thing’s for sure: your funny bone will be given a run for its money. 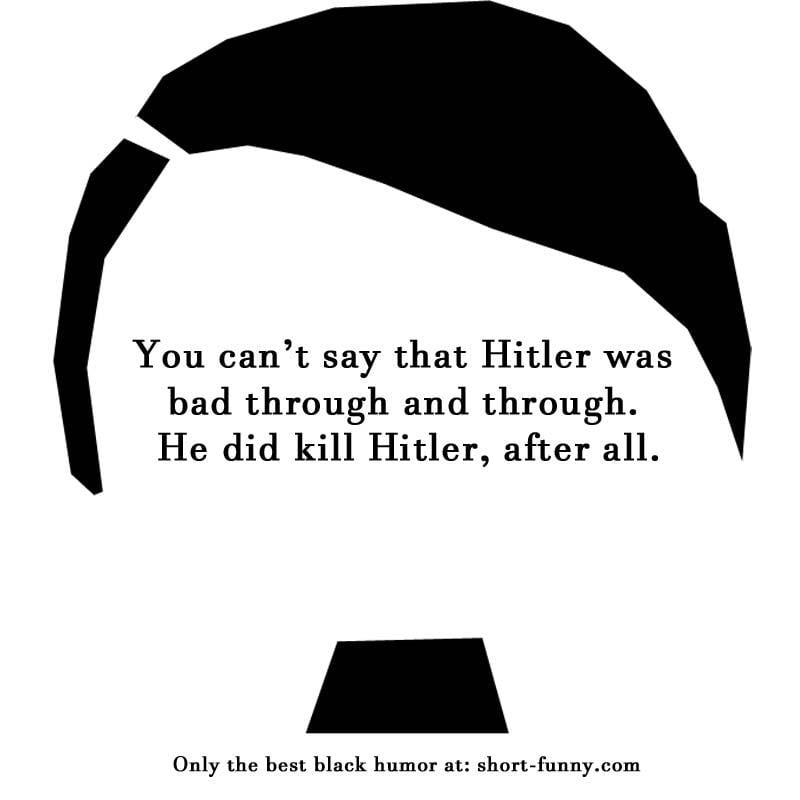 Everyone has some good in them

Let’s be fair. He probably kissed his mother a time or two as well.

Two hunters are in the woods when one of them collapses. His hunting buddy immediately calls 911. “My friend isn’t breathing,” he shouts into the phone. “What should I do?” “Relax,” the operator tells him. “I can help. First, let’s make sure he’s dead.” There’s silence, and then a gunshot. The guy gets back on the phone and says, “OK, now what?” 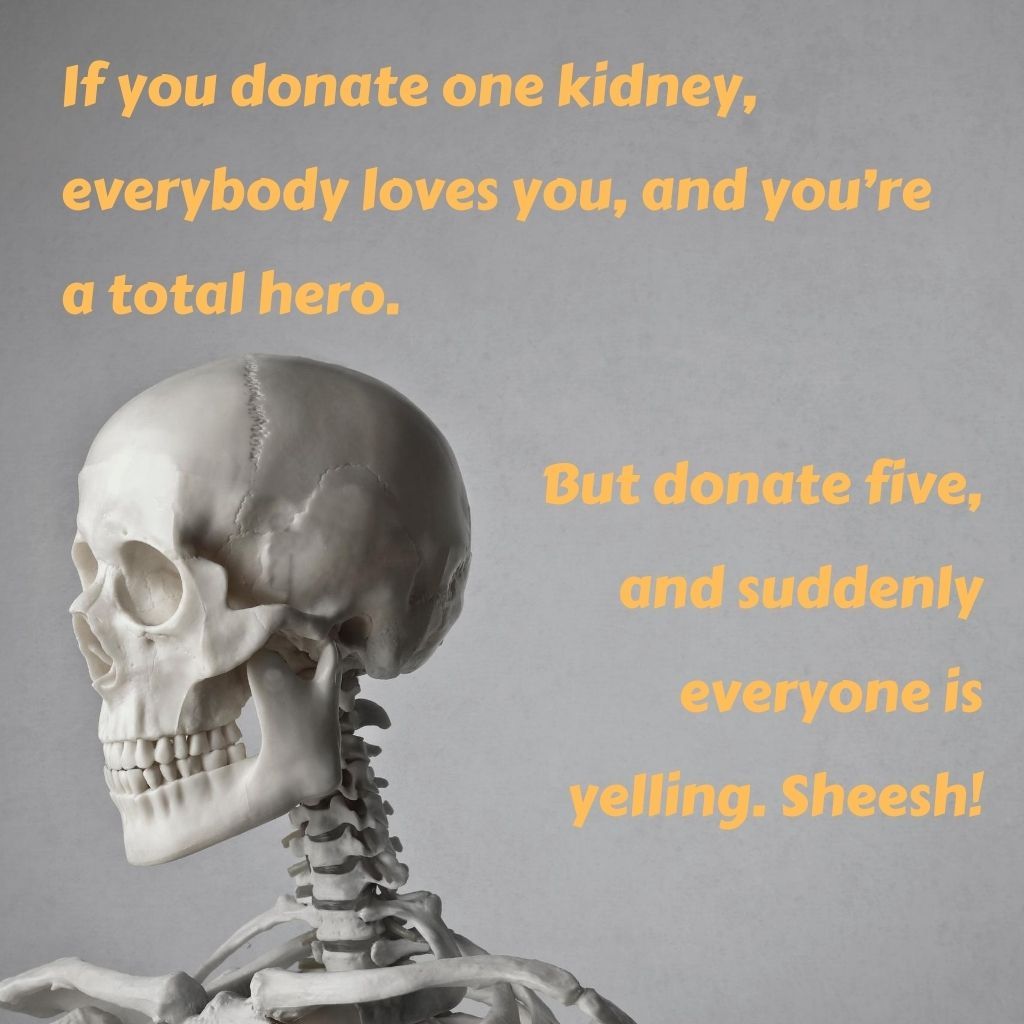 They just wanted to do their part for the cause of organ donation. Cut a person some slack.

My favorite novel is The Hunchback of Notre Dame. I love a protagonist with a twisted back story. 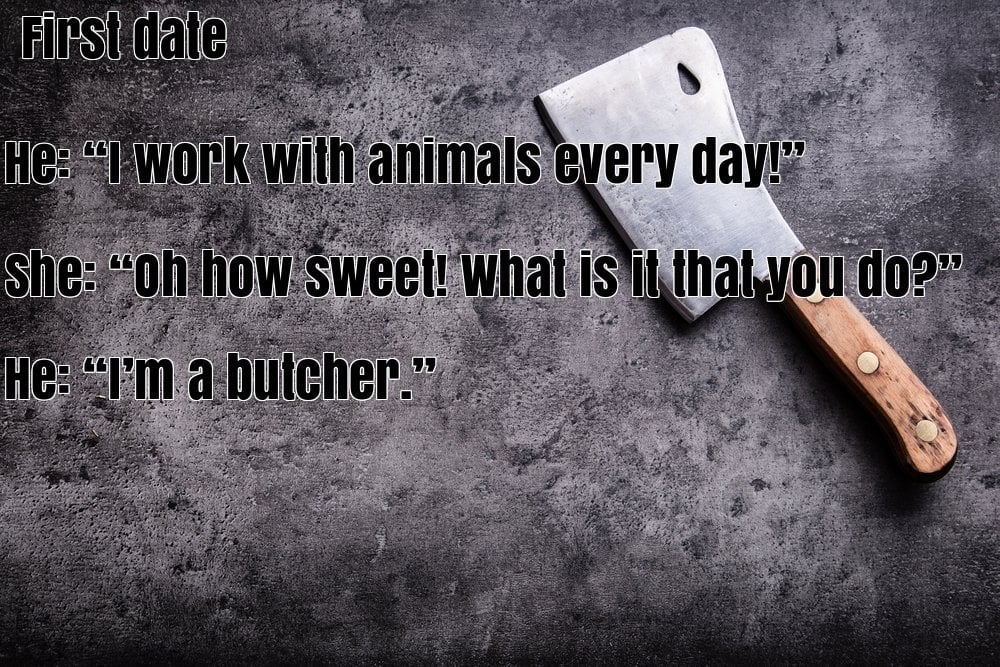 What? Not what you had in mind?

If there’s a dead animal on her plate during the date she has no reason to complain really.

A guy walks with a young boy into the woods. The boy turns to him and says, “Hey mister, it’s getting really dark and I’m scared.” The man replies, “How do you think I feel? I have to walk back alone.” 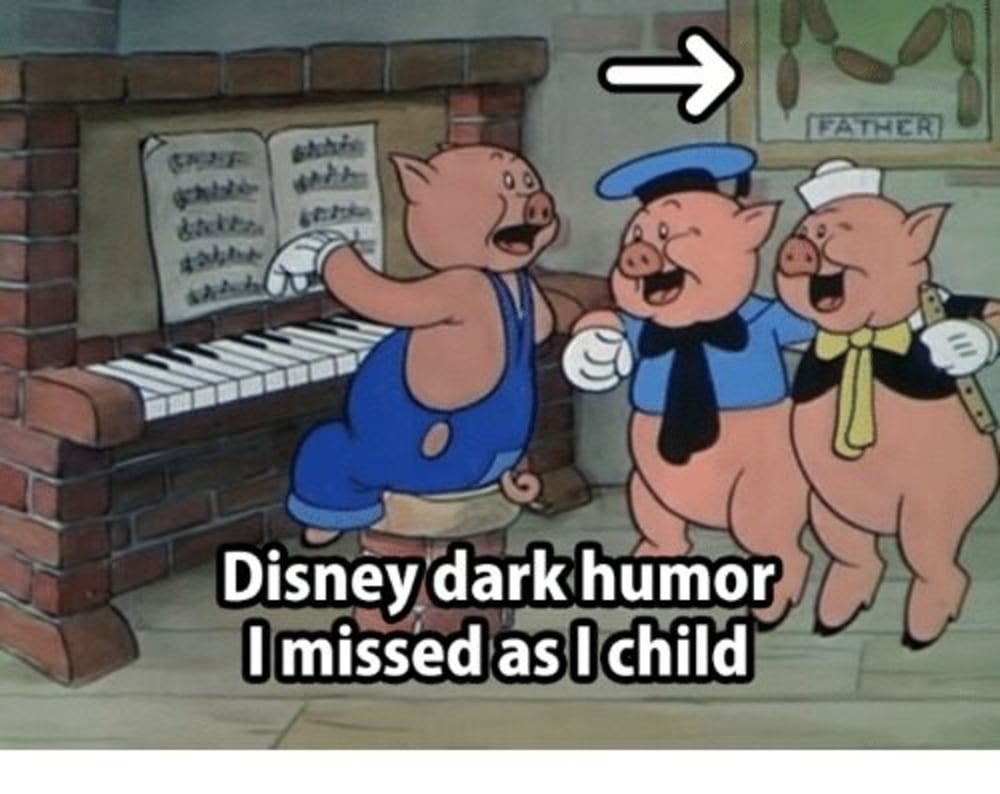 Really dark ones, apparently. There’s probably a kid or two out there that turned vegetarian because of this.

Why can’t orphans play baseball? They don’t know where home is. 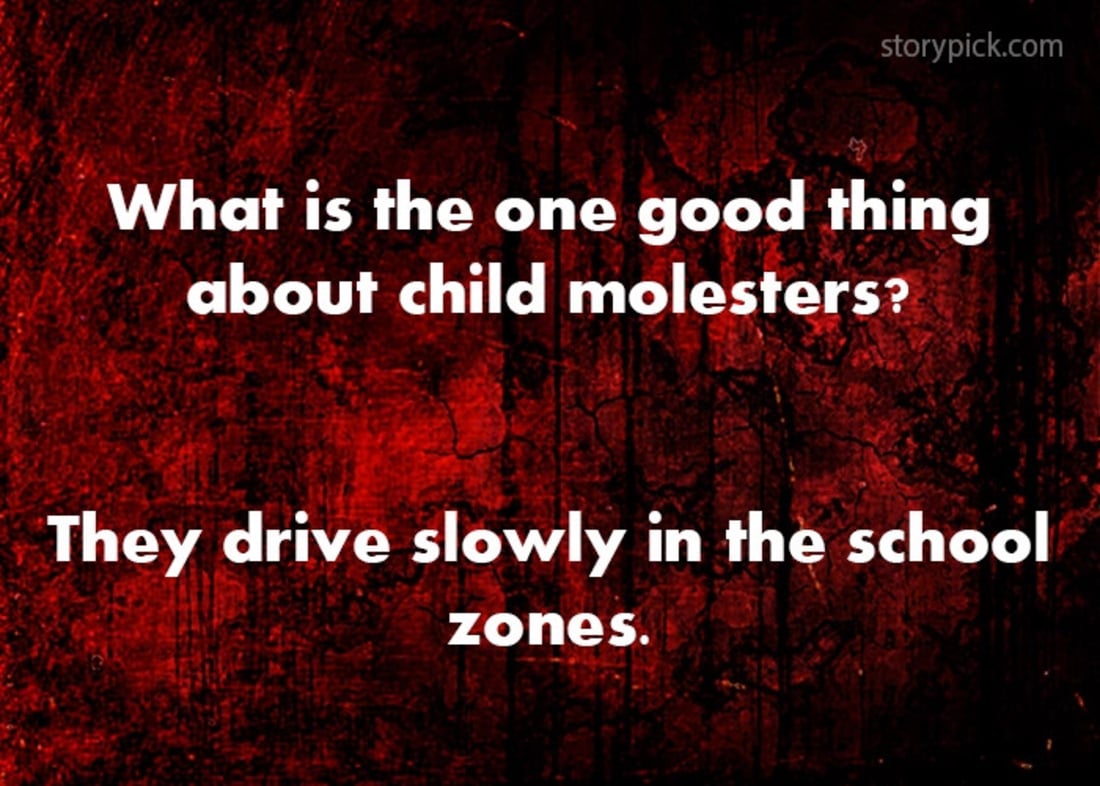 A joke fit for Epstein

Everyone has at least one redeeming quality. That’s not to say it makes up for all the bad ones.

My son, who’s into astronomy, asked me how stars die. “Usually an overdose, son,” I told him. 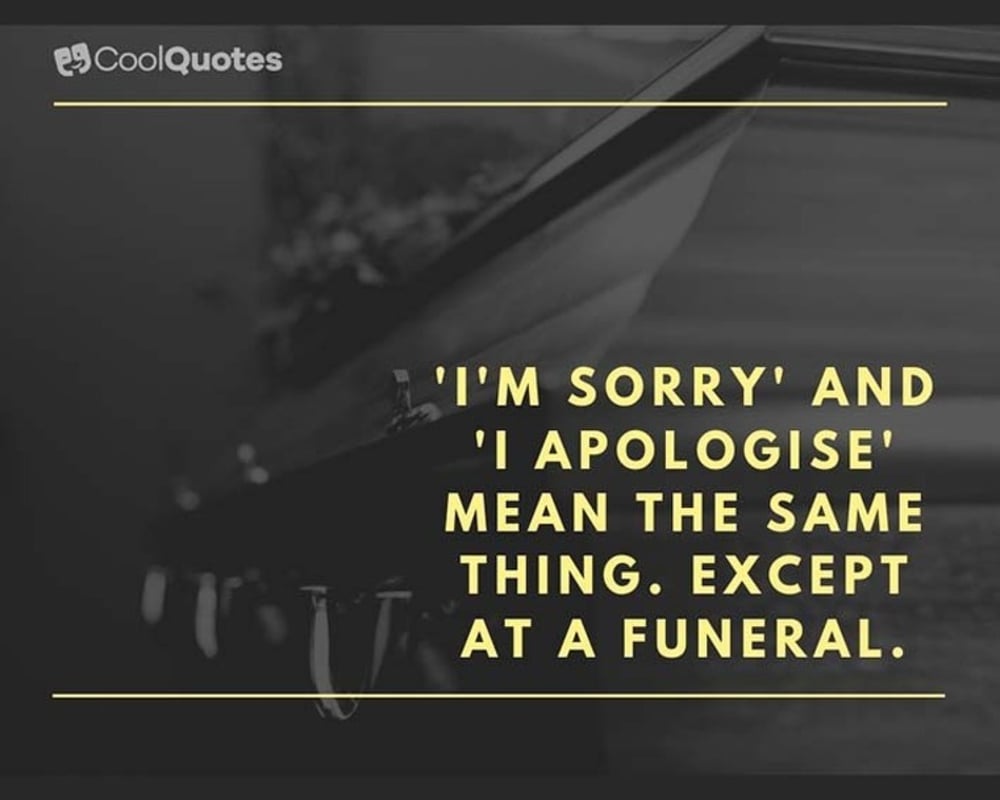 My grandfather says I’m too reliant on technology. I called him a hypocrite and unplugged his life support. 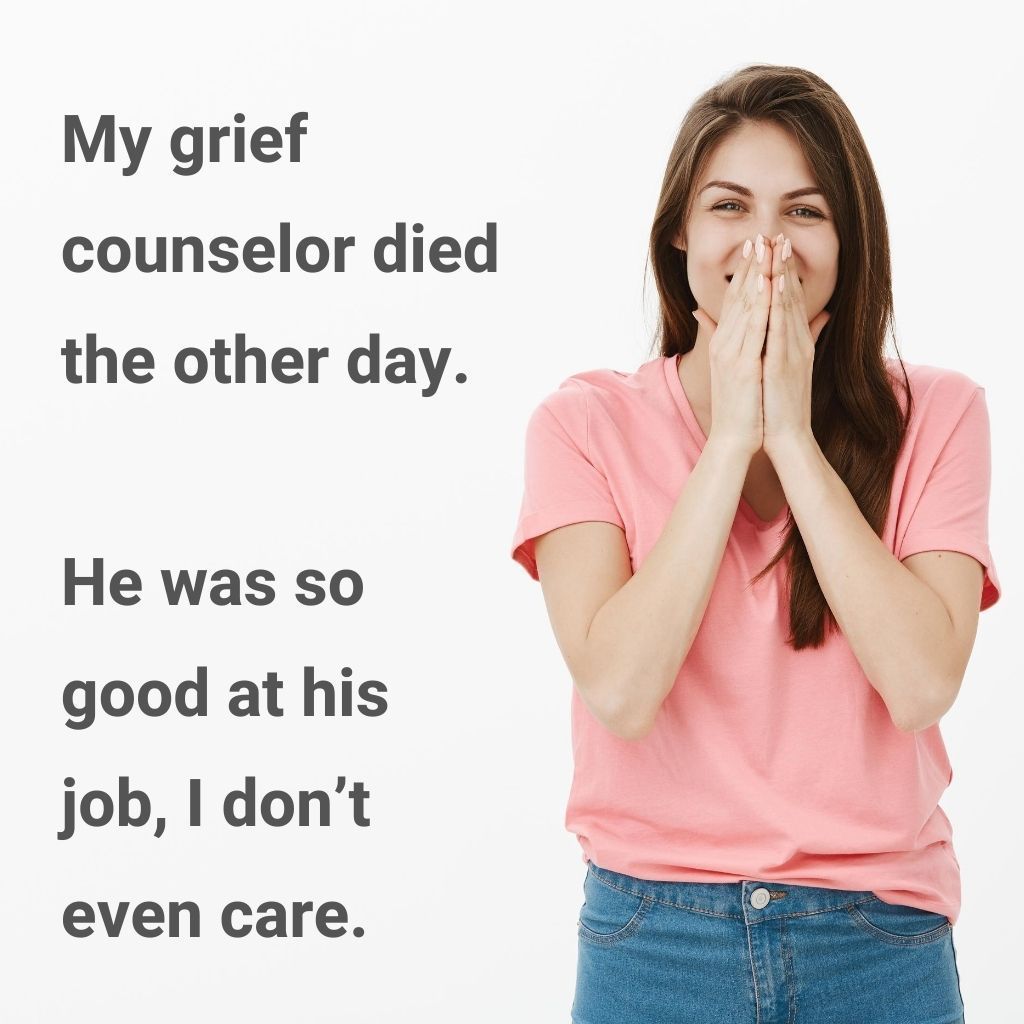 Not everyone can say they excel in their field of work.

When ordering food at a restaurant, I asked the waiter how they prepare their chicken. “Nothing special,” he explained. “We just tell them they’re going to die.” 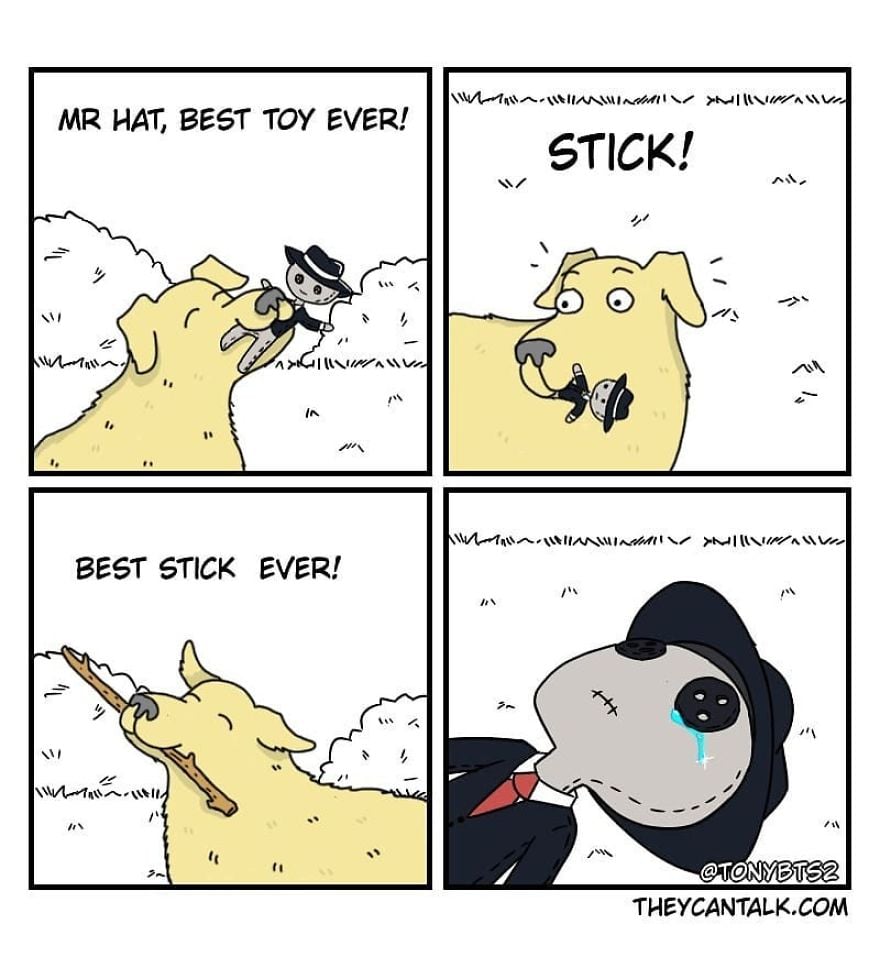 The dog version of Toy Story

That single tear though.

When does a joke become a dad joke? When it leaves and never comes back. 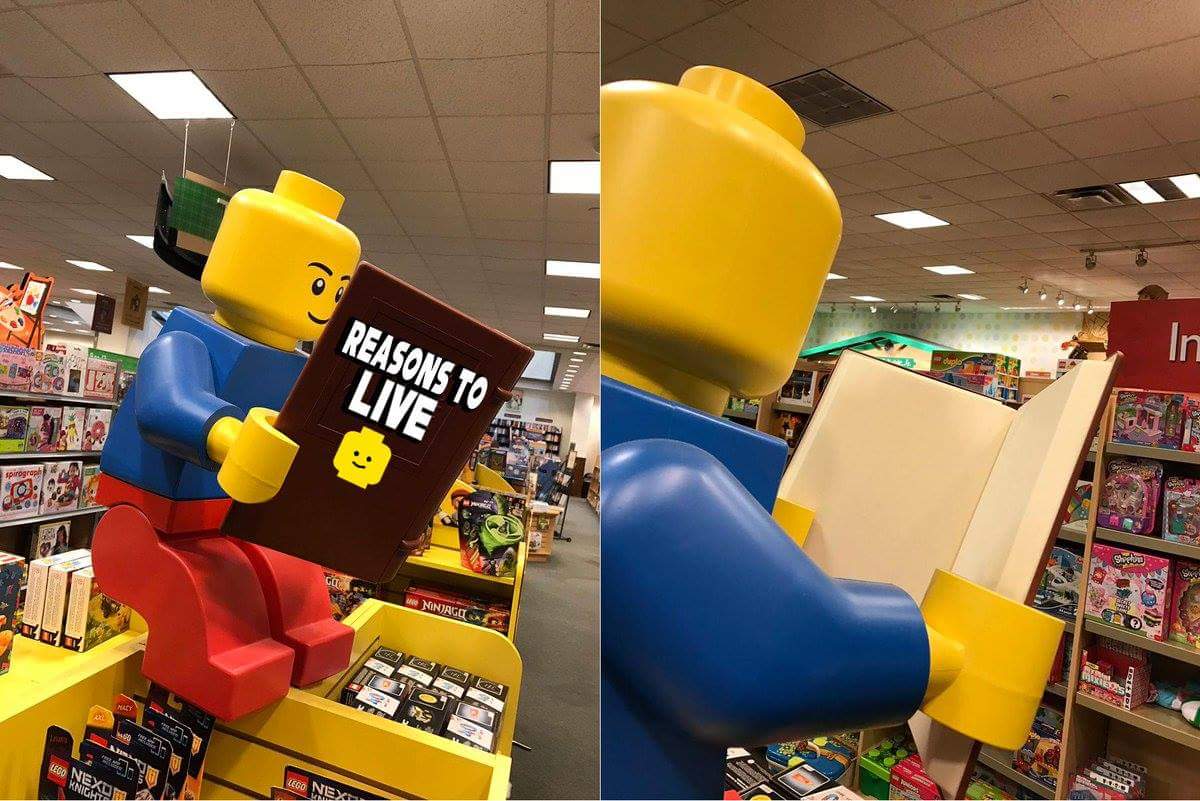 My wife and I have reached the difficult decision that we do not want children. If anybody does, please just send me your contact details and we can drop them off tomorrow. 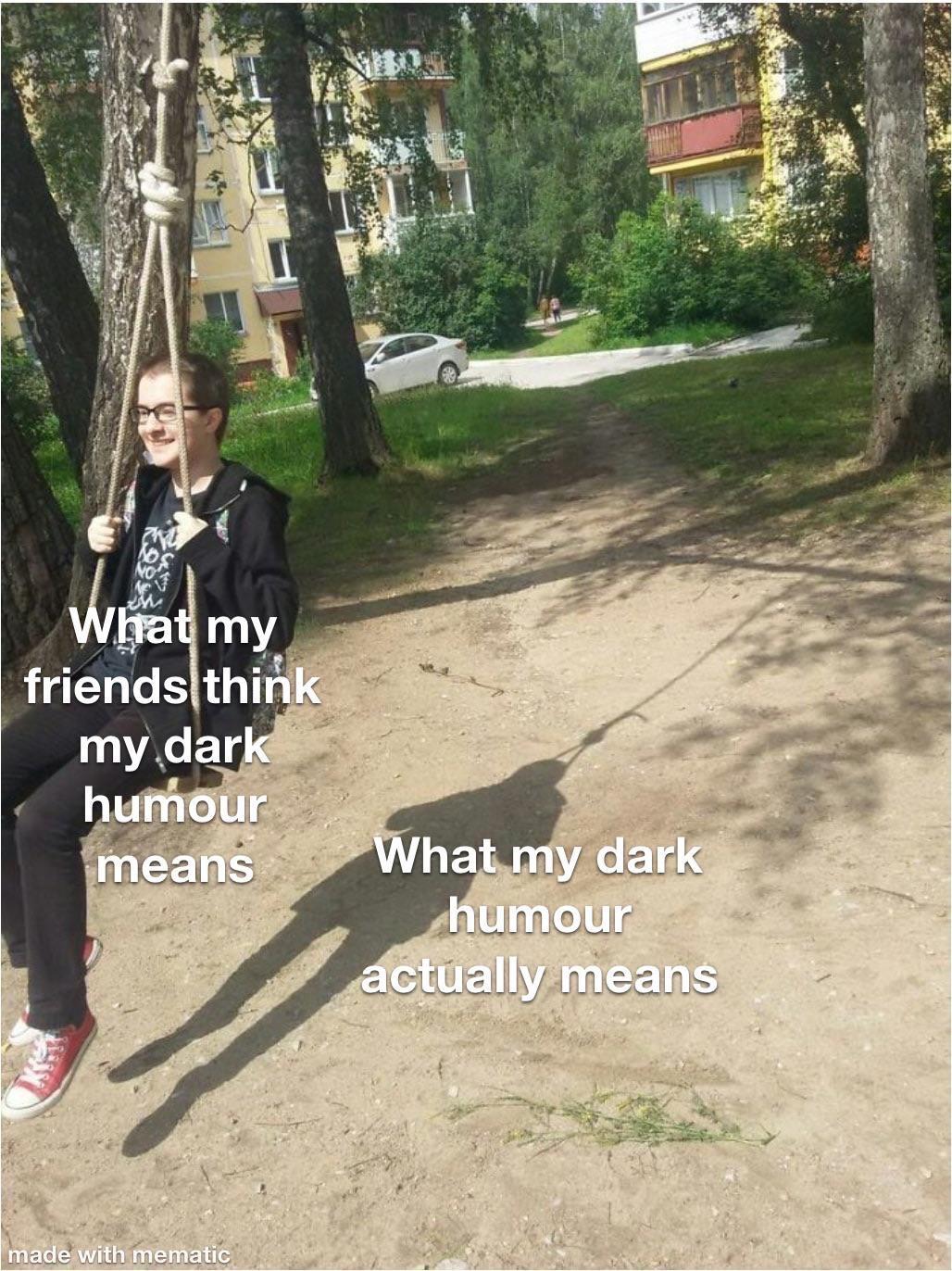 “Just say NO to drugs!” Well, If I’m talking to my drugs, I probably already said yes. 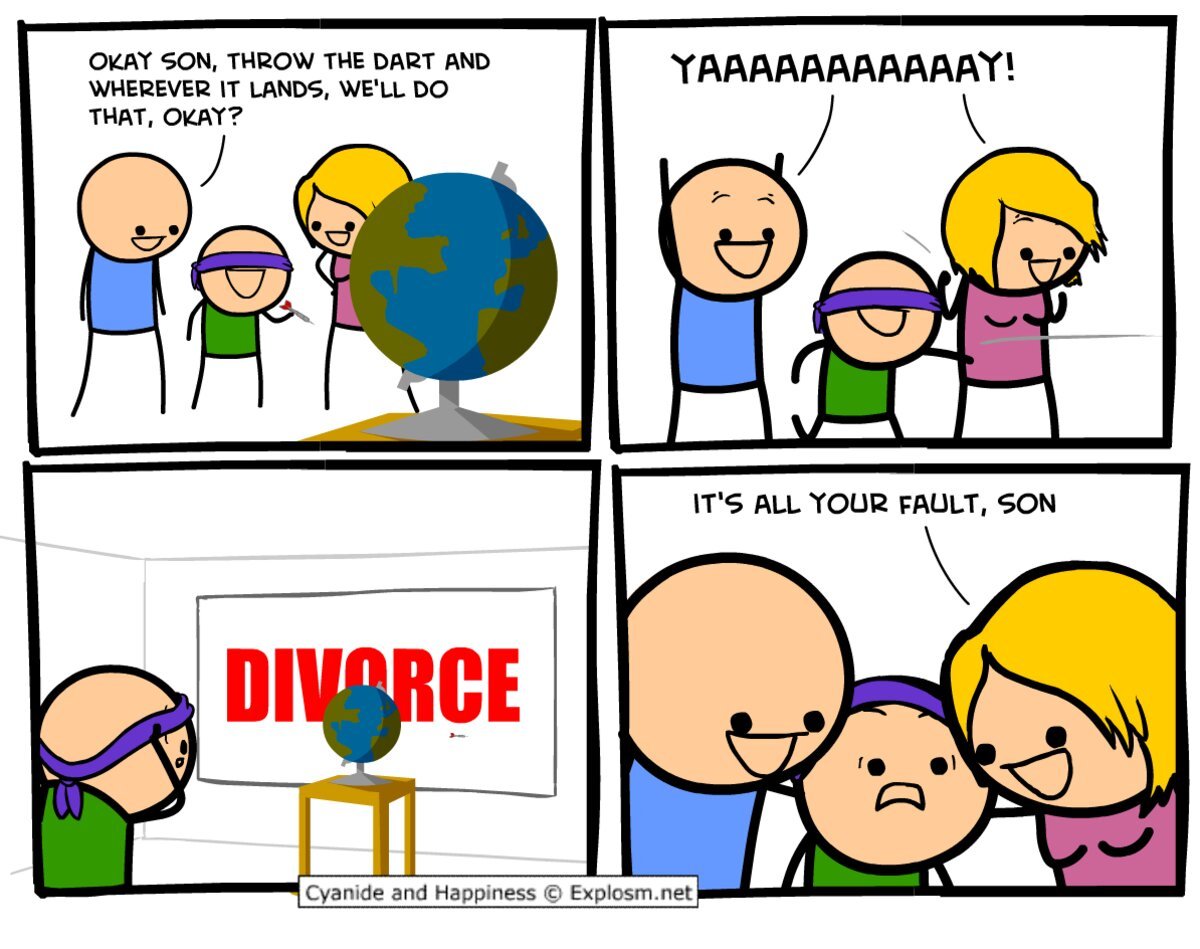 Now this boy really has reason to think his parents’ divorce is his fault.