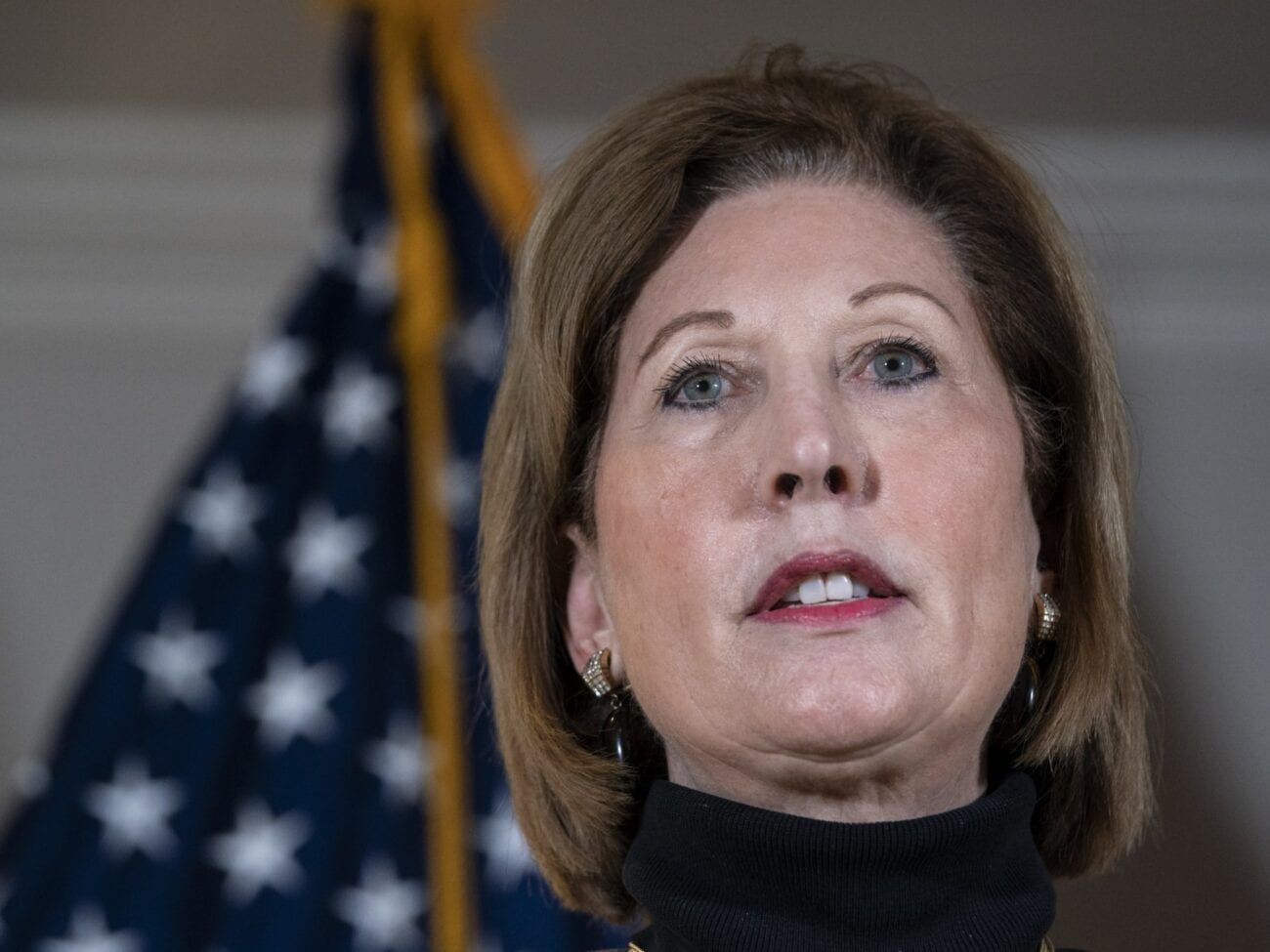 Attorney Sidney Powell has recently been fired from Donald Trump’s post-election legal team after she made a slew of strange statements regarding the election process. Per The Daily Mail, Powell repeated some conspiracy theories tied to QAnon, and promised to “blow up” Georgia in a “biblical” lawsuit.

“Georgia’s probably going to be the first state I’m going to blow up and Mr. Kent and the secretary of state need to go with it,” she said. Apparently, that was too much even for Trump. Here are all the details on Sidney Powell and her history with Trump. 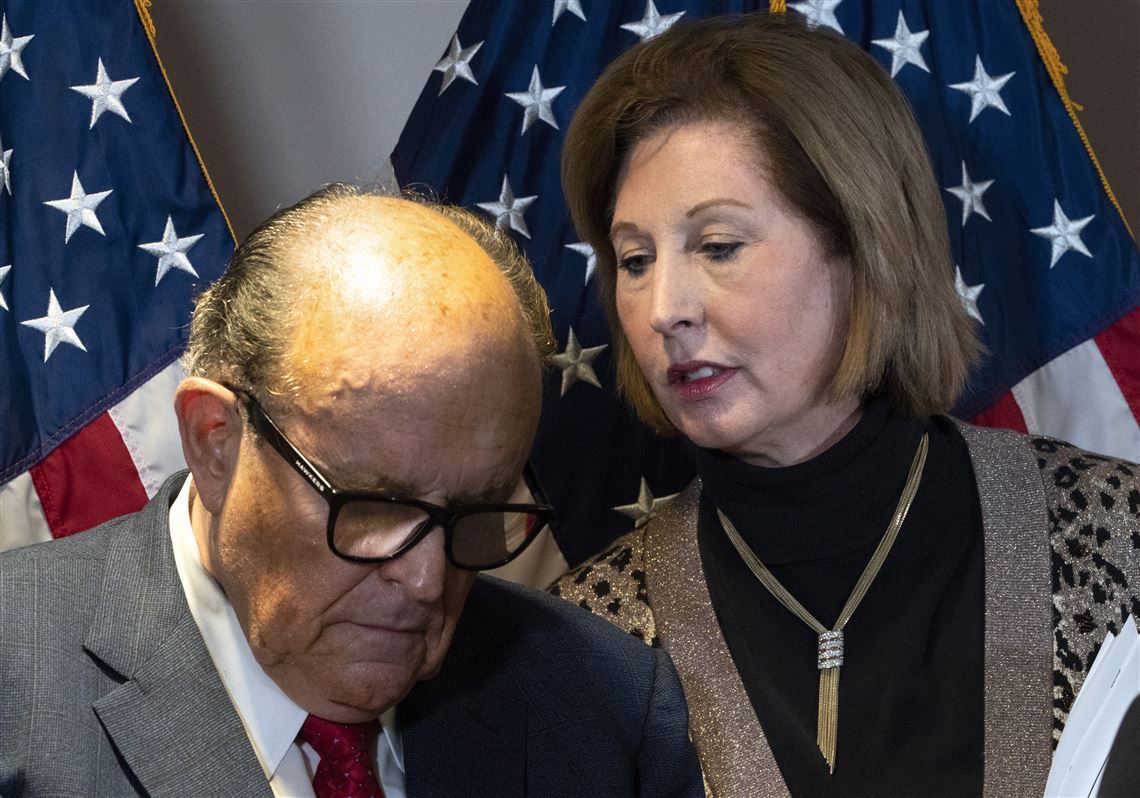 Despite past conspiratorial statements of his own, Trump attorney & former mayor of New York City Rudy Giuliani has seemingly distanced himself from Powell. “Sidney Powell is practicing law on her own,” he announced on Sunday. “She is not a member of the Trump legal team. She is also not a lawyer for the president in his personal capacity.”

However, the week before on November 14, Trump tweeted Powell was part of his legal team. “I look forward to Mayor Giuliani spearheading the legal effort to defend OUR RIGHT to FREE and FAIR ELECTIONS! Rudy Giuliani, Joseph diGenova, Victoria Toensing, Sidney Powell, and Jenna Ellis, a truly great team, added to our other wonderful lawyers and representatives!” 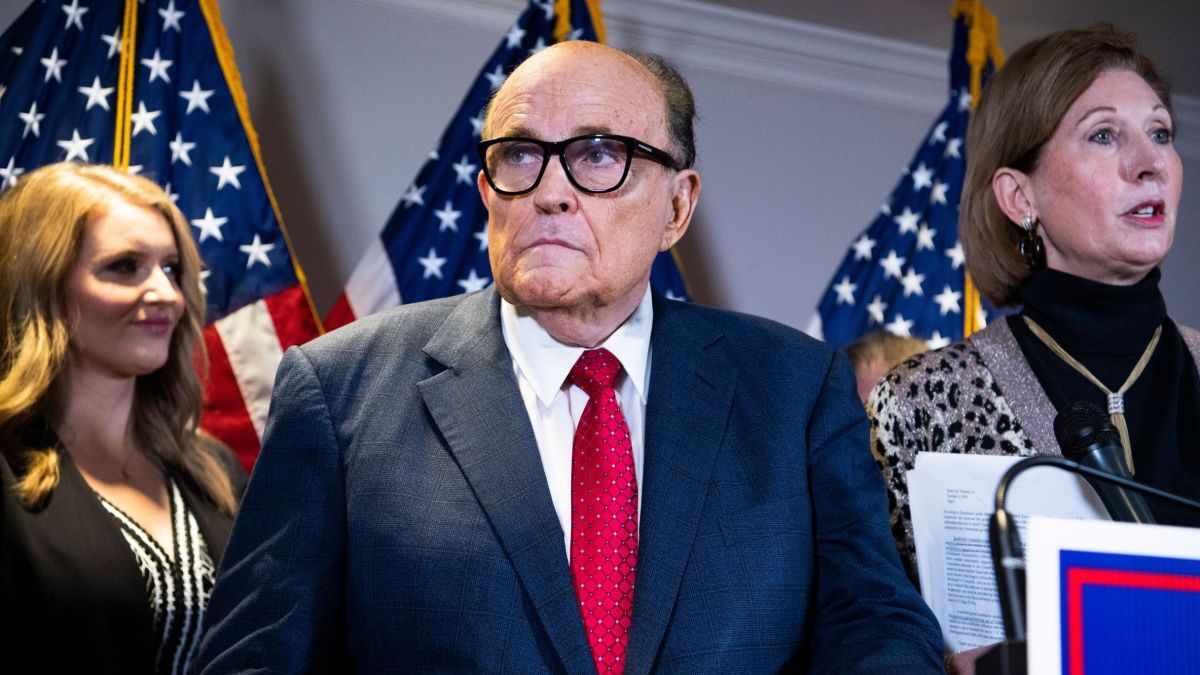 Who is Sidney Powell?

Powell spent a decade as a federal prosecutor in Texas. She also attended the accredited law school at the University of North Carolina at Chapel Hill and represented Enron executives. Powell found herself in the limelight when she represented Mike Flynn in his effort to reverse his guilty plea. Flynn was the former national security advisor who admitted to lying to the FBI.

Powell also frequently uses hashtags associated with QAnon, such as #TheStormisComing, and has popularized catchphrases like “release the kraken” in rightwing circles.

Powell has claimed she believes a conspiracy stating Georgia’s secretary of state was secretly on Joe Biden’s side throughout the election and twisted the results in his favor. During a Thursday press conference, she claimed Venezuela, China, Cuba, George Soros, and Dominion Voting systems were all involved in a secret scheme to rig the election for Biden. 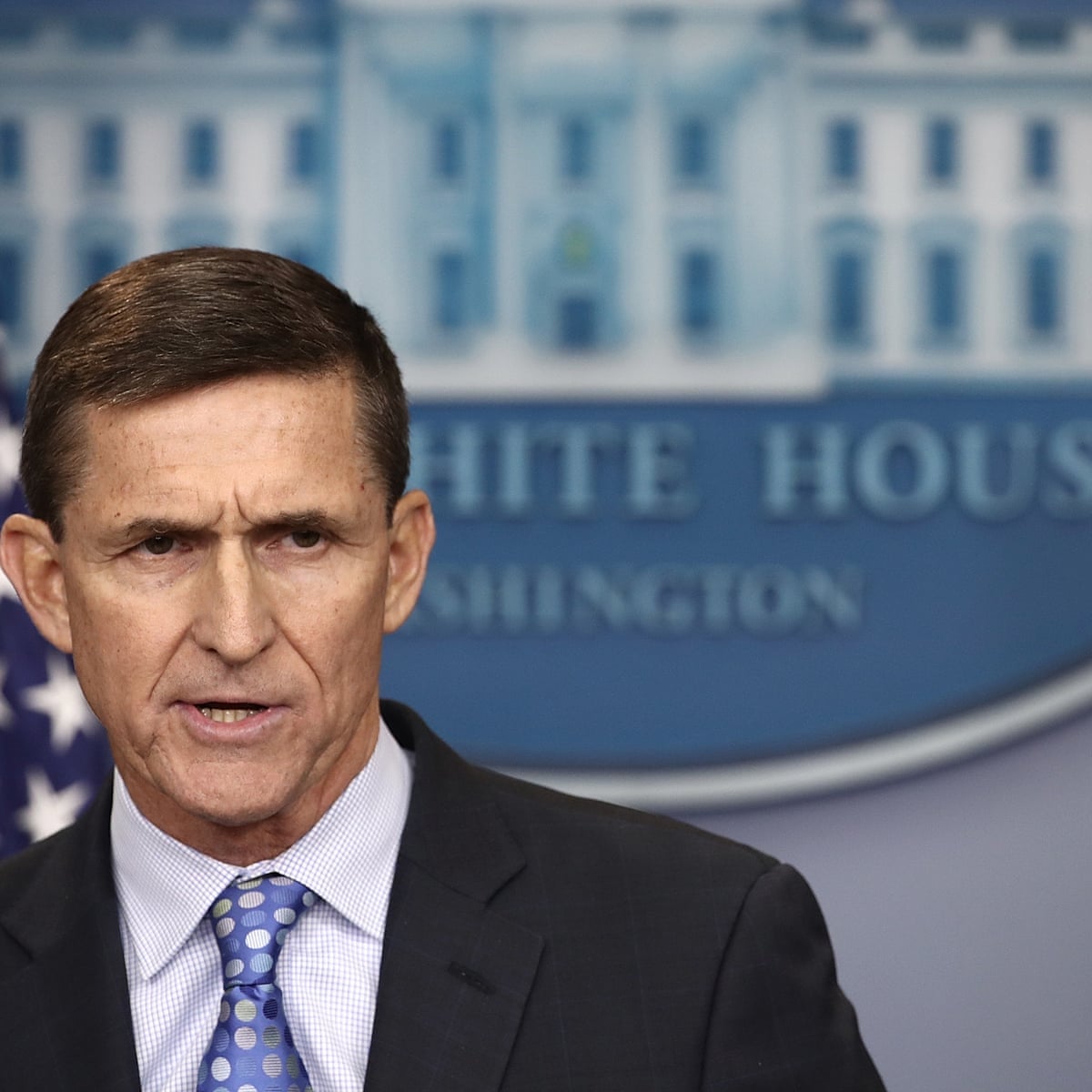 After her remarks, Tucker Carlson released some scathing comments on Powell on Fox News. Shortly after, Powell was dumped from Trump’s legal team.

Her dismissal was a quick turnaround from Trump and the rest of the legal team’s former endorsement of Powell. Lawyer Jenna Ellis described their team, with Powell on it, as “an elite strike force team that is working on behalf of the president and the campaign to make sure that our Constitution is protected.” 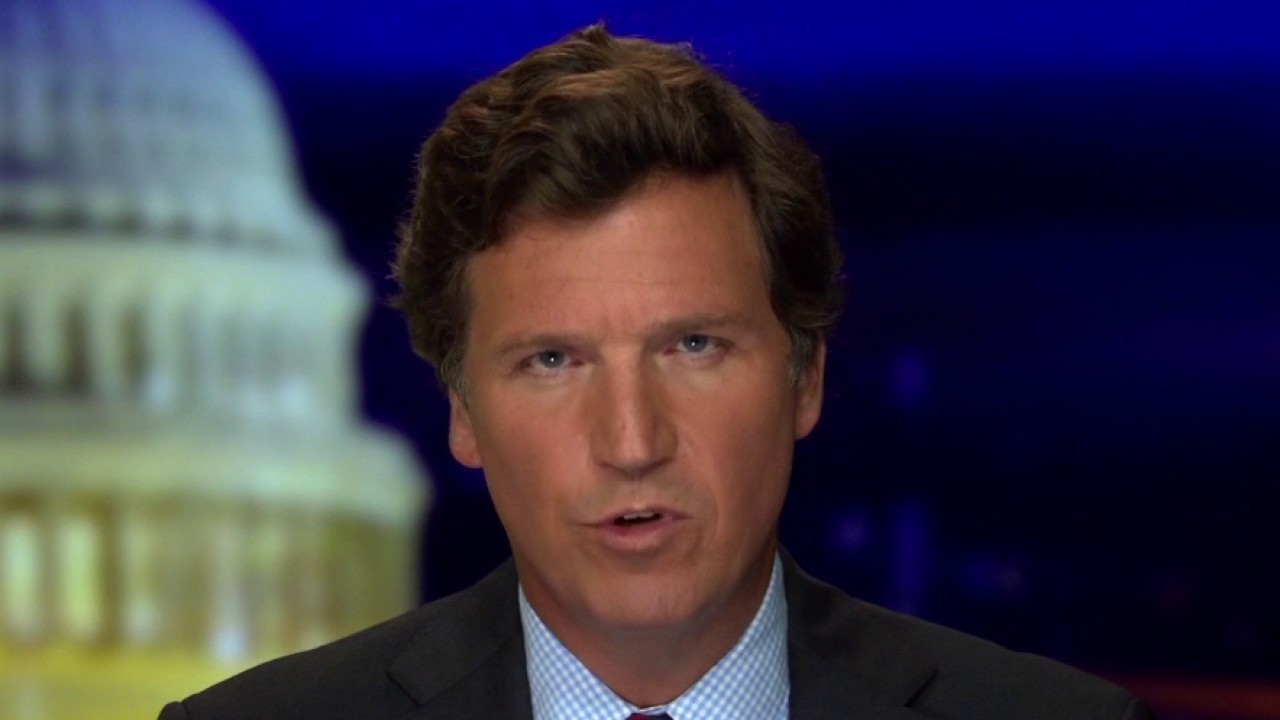 Sydney Powell rose to rightwing prominence as a staunch opponent of the Russia probe, an investigation to determine if Russia interfered with the 2016 election. Delivering a 2018 lecture called “Creeps on a Mission to Destroy the President”, Powell alleged there was a Deep State plot to remove Trump. The title of her lecture became a popular catchphrase in conservative circles and was repeated on Hannity.

During her press conference, Powell claimed Dominion Voting Systems “was created to produce altered voting results in Venezuela for Hugo Chavez and then shift internationally to manipulate votes for purchase in other countries, including this one.” She continued: “It was funded by money from Venezuela and Cuba and China has a role in it also.”

She also promised to uncover election fraud which involved “Silicon Valley people, the big tech companies, the social media and even the media companies”. She further stated she had “staggering statistical evidence” of election fraud. 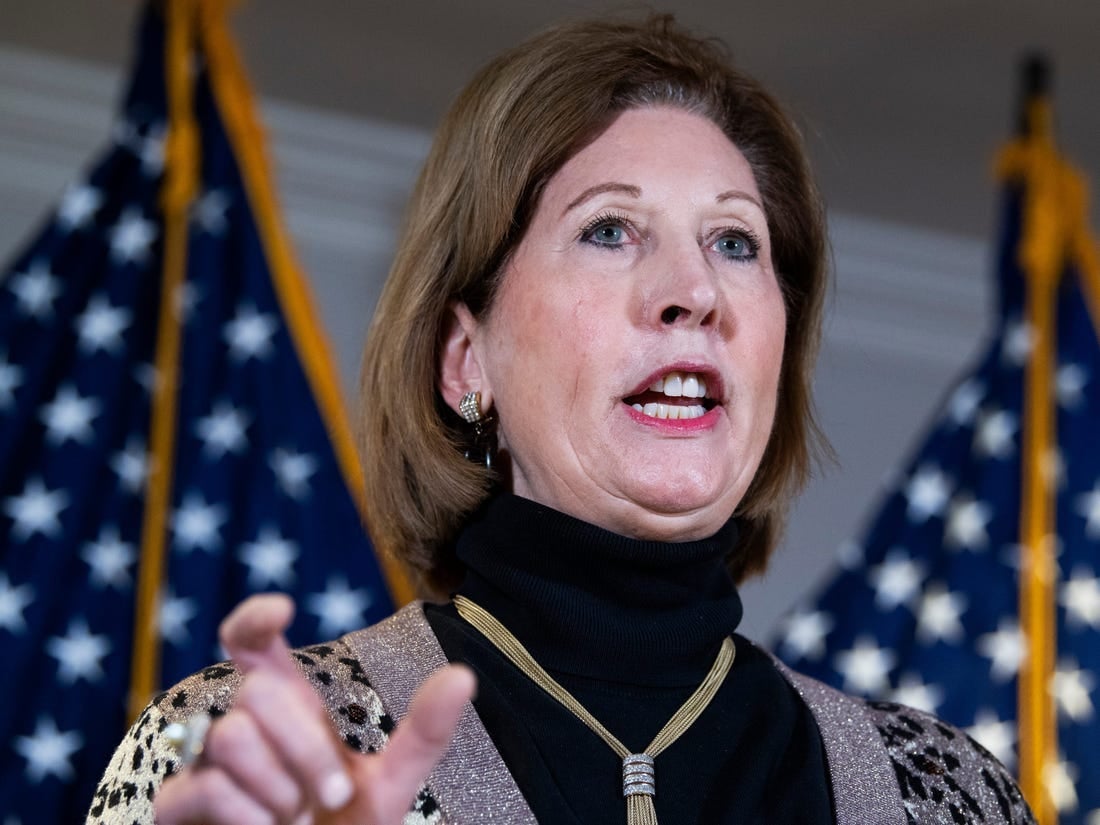 During the Trump press conference at the RNC headquarters, Powell explained the Dominion theory in more depth. “One of its most characteristic features is its ability to flip votes,” she said. While Q hasn’t dropped information specifically naming Dominion, Q’s drops have outlined alleged ways the Deep State would rig the election, including electronic & analog interference.

“It can set and run an algorithm that probably ran all over the country to take a certain percentage of votes from President Trump and flip them to President Biden which we might never have uncovered had the votes for President Trump not been so overwhelming in so many of these states that it broke the algorithm that had been plugged into the system,” Powell explained in the press conference. 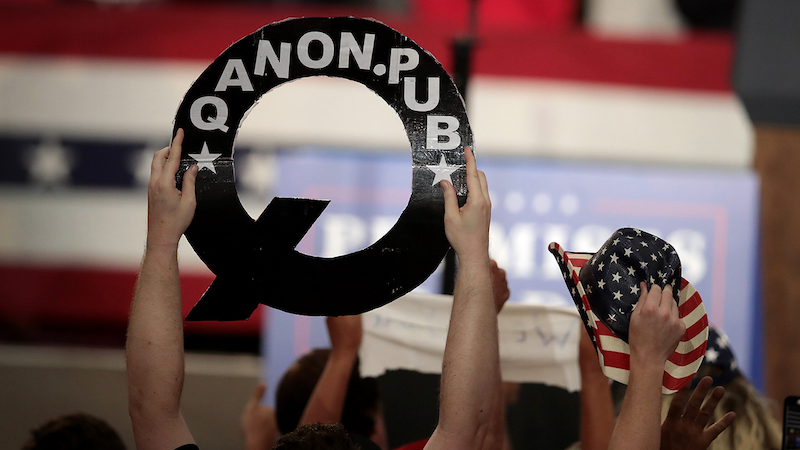 She also made a bold statement to TV host Maria Bartiromo: “I fully expect we will be able to prove all of it in court within the next two weeks . . . We have more evidence right now than half the prison population is imprisoned on, of this egregious fraud.”

Powell has also appeared on a YouTube show about QAnon conspiracy theories, and has retweeted statements from QAnon-associated accounts many times according to Media Matters.

As of now, Trump is still claiming voter fraud in multiple districts around the U.S. And despite having dropped Sidney Powell from his legal team, he is still claiming the fight isn’t over for The White House.