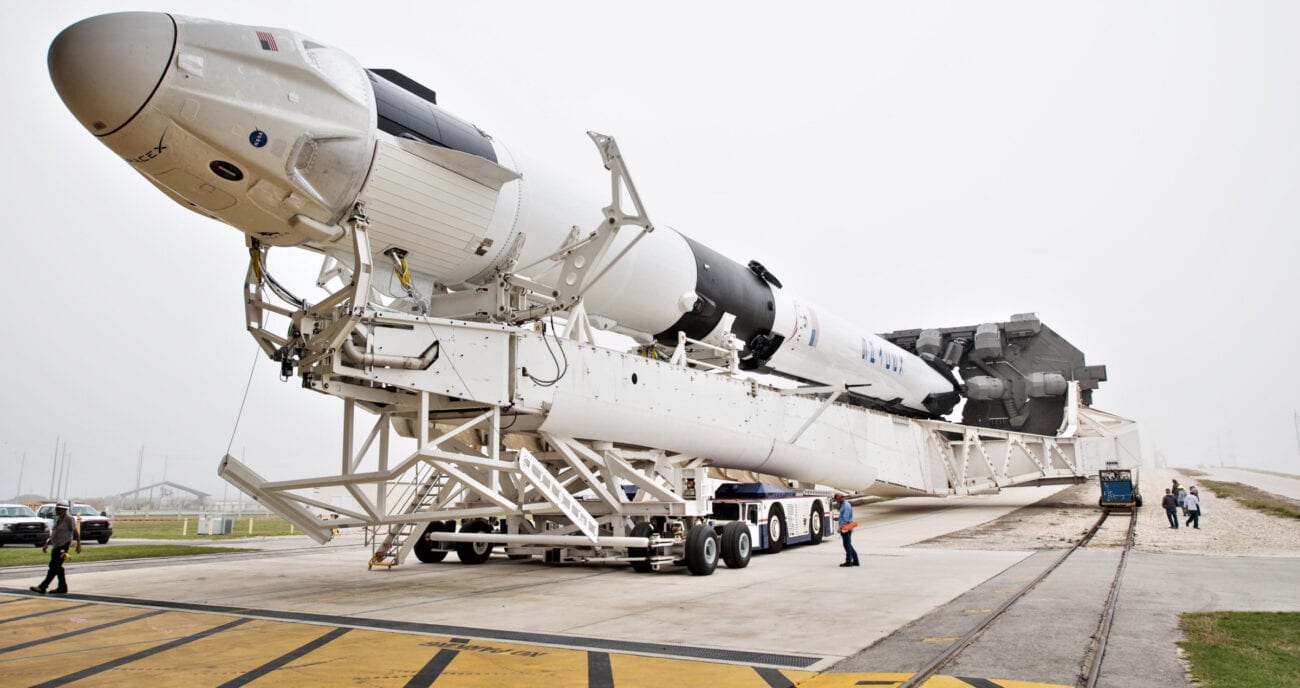 Elon Musk is launching the first civilian-only crew on one of his SpaceX rockets. Tesla just announced the final two crew members boarding the rocket, set to orbit around Earth “no earlier than September 15th” per Insider.

For those of you who are concerned that this will end in a fiery ball of disaster – given the documented launches of Elon Musk’s last SpaceX rockets – the rocket SpaceX’s Inspiration4 crew are flying is one of the SpaceX Dragon rockets. These have made successful trips to & from the International Space Station and haven’t crashed & burned when touching down on their launch pads or exploded when they were miles in the air.

So who are these brave souls who have signed up to hop into a SpaceX rocket and fly around Earth? Here are the details we have so far.

Luckily, the SpaceX Dragons have a solid track record. Per SpaceX’s website, their Dragon rocket has made twenty-five successful launches, twenty-three trips to resupply the ISS, and nine re-launches.

With a carrying capacity of seven passengers max, SpaceX’s website boasted: “It is the only spacecraft currently flying that is capable of returning significant amounts of cargo to Earth, and is the first private spacecraft to take humans to the space station.” 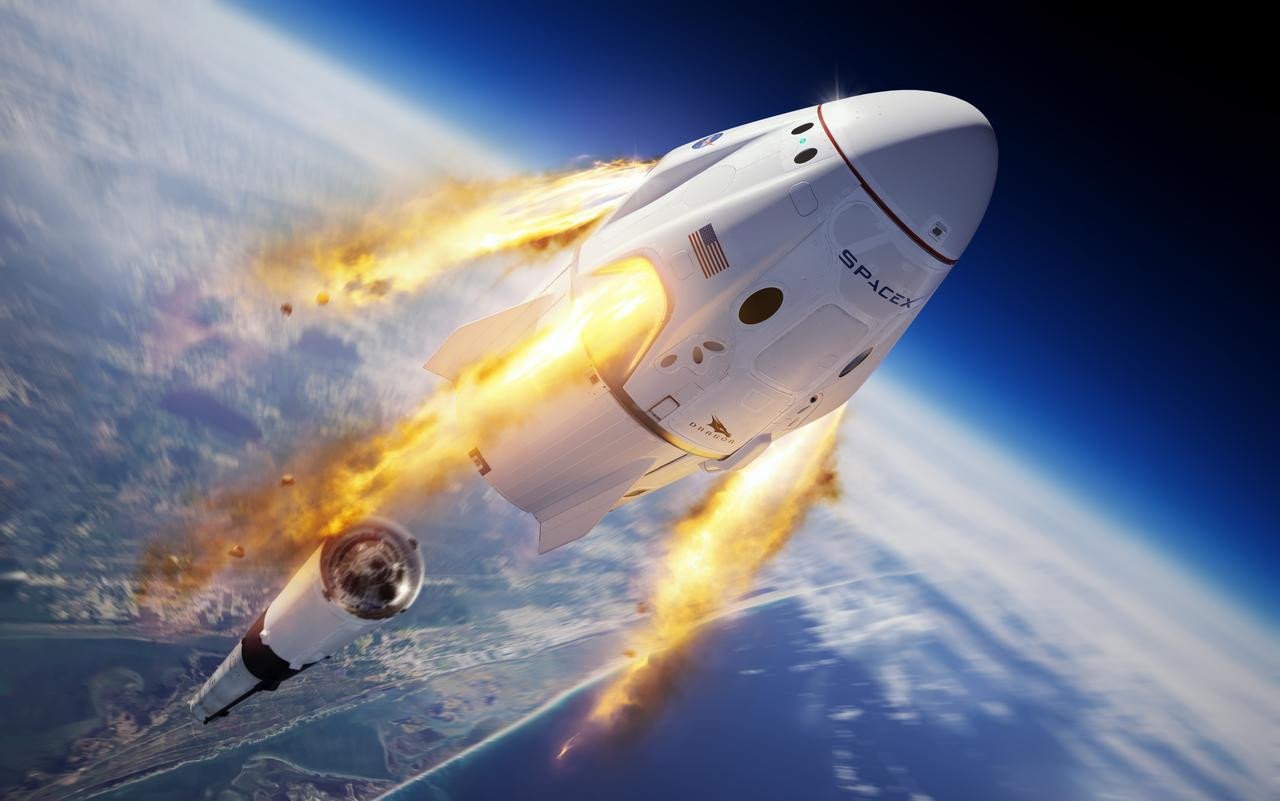 In November 2020, this SpaceX rocket took four astronauts, three from NASA and one from JAXA, Japan Aerospace Exploration Agency, to the ISS for a six-month mission. NASA’s site detailed the mission objectives centered around scientific study, including microgravity experiments, and maintenance. 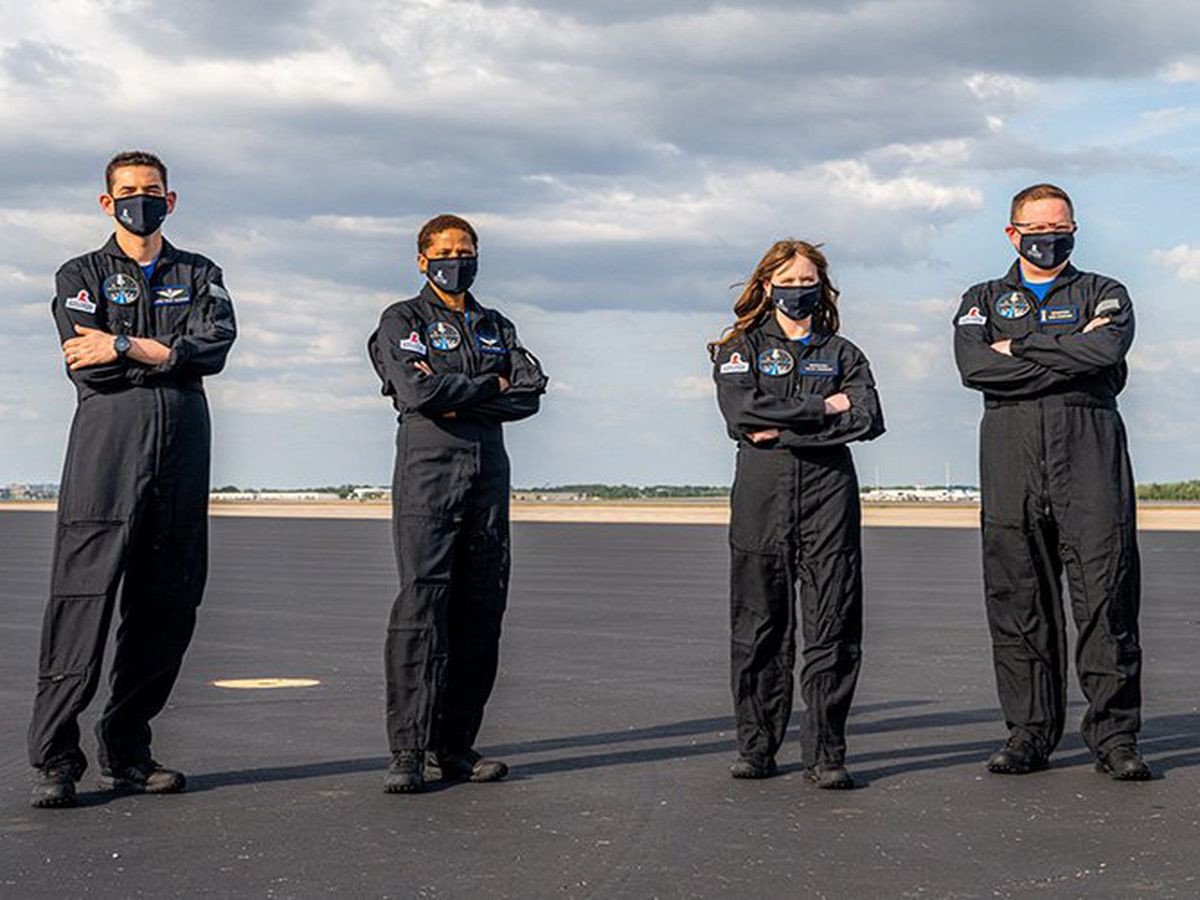 Isaacman’s stated goal for the mission was to gather a diverse crew and raise funds for St. Jude’s Children’s Research Hospital. “We promised the crew representing some of the best of humanitarian qualities exemplifying our mission ideals of leadership, hope, prosperity and generosity. And I’m pleased to report that we’ve accomplished that goal”, he told Insider. 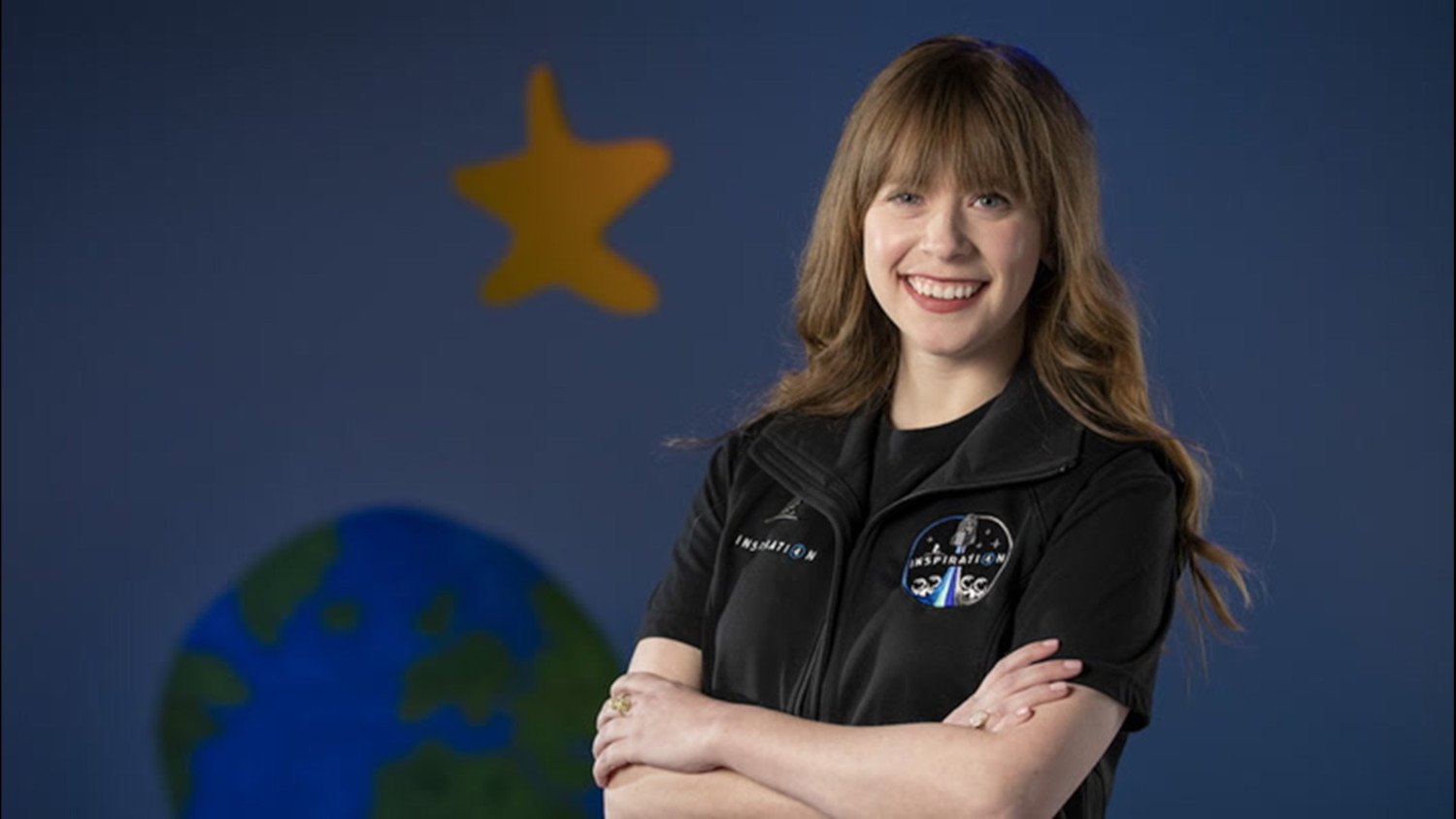 As part of the SpaceX mission, Isaacman wanted a medical officer on board, so he chose Hayley Arceneaux, a twenty-nine-year-old childhood cancer survivor who now works as a physician assistant at St. Jude’s. “There’s going to be no limits on you in space”, said Arceneaux’s surgeon. On Earth, Business Insider reported she can’t skydive or any activity to risk an uncontrolled fall due to a metal rod in her leg.

Arcaneux will be the youngest American and the first person with a prosthetic body part to go to space. “I hope this mission not only gives cancer patients something to look forward to, but I hope they realize how attainable this is for them that they can go to space”, she said. 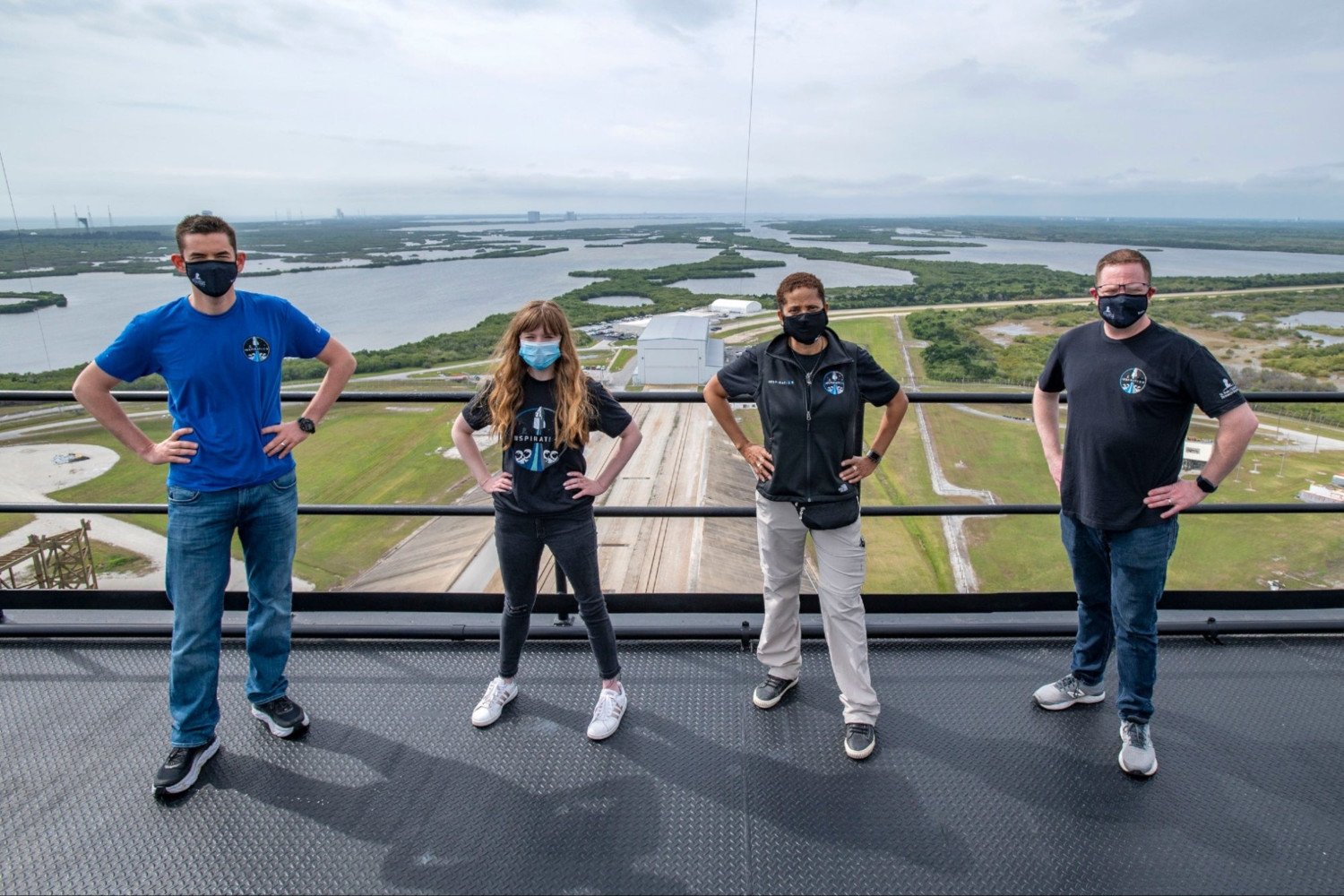 And the sweepstakes winners are . . .

The other two people selected for the SpaceX rocket were chosen in sweepstakes to further raise funding for St. Jude’s per Insider. One sweepstake was run through Jared Isaacman’s company, where contestants had to set up a mock online store using Shift4Payments’ software, and tweet about their dreams about space.

The first winner was Dr. Sian Proctor, a geoscientist and science communications specialist. She told Business Wire: “This opportunity is proof that hard work and perseverance can pay off in unimaginable ways. I have always believed that I was preparing for something special, and that moment has arrived with Inspiration4.” 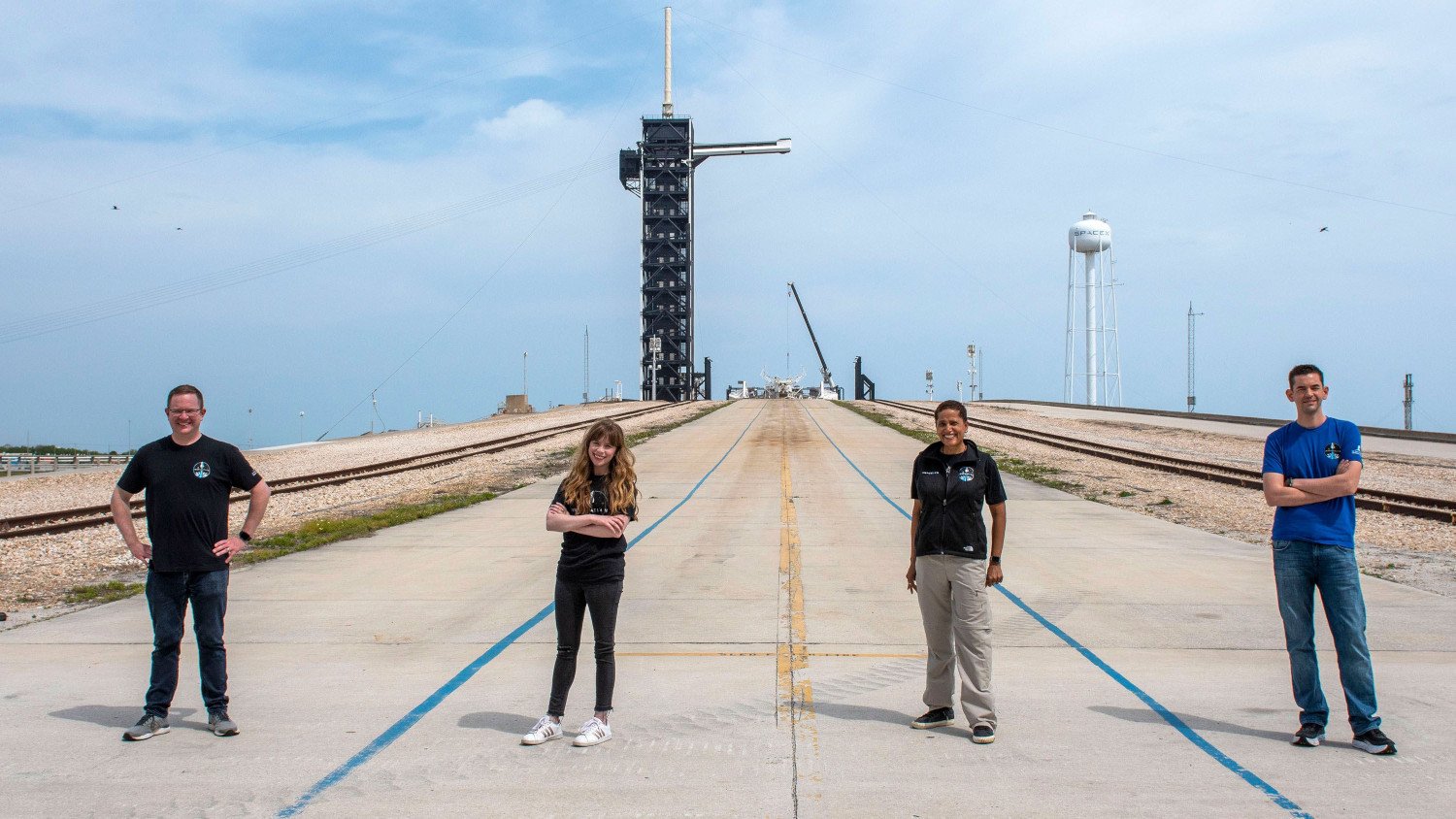 The second winner, Chris Sembroski, is an Air Force veteran and a Lockheed Martin employee. He signed up for the sweepstakes after hearing about it in a SuperBowl commercial, thinking it would be interesting to apply. Sembroski will oversee science experiments & payloads during the SpaceX rocket’s mission. In a statement, Sembroski detailed his excitement:

“Joining the Inspiration4 crew and its mission of support for St. Jude is truly a dream come true. It is my hope that this flight will inspire others to pay that generosity forward by pledging their support for St. Jude and encouraging kids to dream the impossible, ushering in a new era of space exploration open to all.”