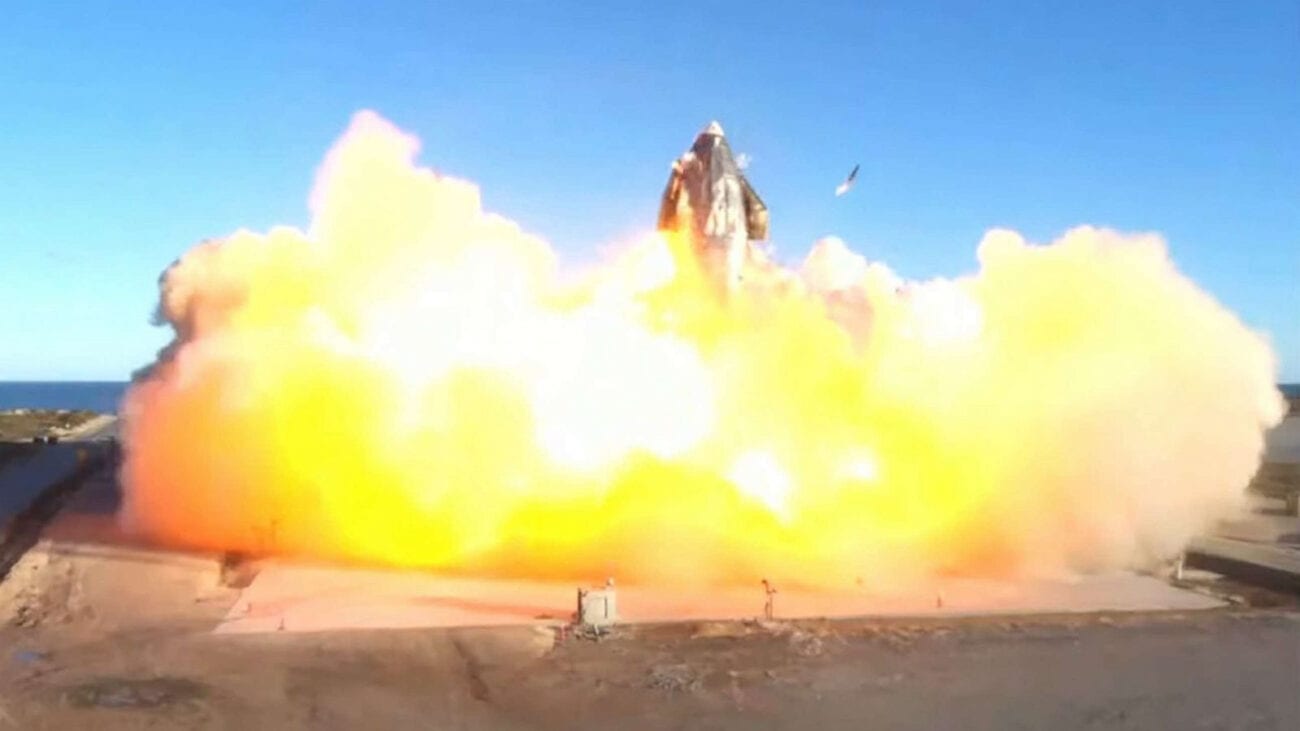 SpaceX rocket: What caused the latest Starship launch to fail?

If at first, you don’t succeed, launch another rocket. That seems to be Elon Musk’s new motto as the latest SpaceX shuttle crashed & burned . . . again. People following Musk’s quest to send a corporate ship to Mars feel like they’re stuck in Groundhog Day as this is far from the first SpaceX ship to launch and meet a fiery demise before touching back down.

A live feed began of the latest launch at 8:56 this morning. At about 9:48 into the live stream, the feed from the SpaceX rocket freezes and the rocket appears to be surrounded by smoke & fire. While it looks like the combustion is coming from the combustion chamber – the part of a rocket where the smoke & fire is supposed to come out – the smoke billowed around the chamber, suggesting something went wrong.

Around 10:00, Elon Musk replied to the live feed of the SpaceX rocket launch, tweeting: “a high production rate solves many ills” and “at least the crater is in the right place!” At least Musk has a sense of humor about his super expensive SpaceX rockets going ka-boom. Let’s inspect what went wrong this time.

The last SpaceX rocket crashed & burned on the landing, which The New York Times noted was likely due to a landing problem. SpaceX launch 11 appeared to have exploded a kilometer in the air, pointing to a different problem. However, it remains unclear what went wrong with the rocket this time.

The Washington Post noted that the landings seemed to have a similar bug. They noted that after blast-off, when the SpaceX rocket was high in the air, “the rocket prototype then shut off its engines, flipped horizontally and started falling back to Earth.” This time, it didn’t even wait to land before blowing up and exploded mid-air.

Then, boom. However, before the SpaceX rocket exploded, principal integration engineer John Insprucker said on the feed: “Starship 11 is not coming back. Don’t wait for the landing.” He previously noted he lost all communication from the ship at the same time the live stream froze.

Onboard view of landing in high winds pic.twitter.com/FedRzjYYyQ

Twitter followers and The Washington Post noted the loads & loads of fog on the ground when the SpaceX rocket launched, pointing out it could possibly hinder takeoff due to lack of visibility.

However, dense fog hasn’t stopped SpaceX rocket launches in the past. According to Accuweather, the three types of weather that can impede Elon Musk’s fiery explosions are thunder & lightning, heavy rain, and high winds. High winds higher up in the atmosphere are also crucial to measure, as they can mess with a rocket as it rises away from earth.

Per Accuweather, these higher winds are recorded by the U.S. Air Force, who measures wind shears, not necessarily wind speed. Wind shears are changing wind speeds as the altitude goes up, and big ones were described by Elon Musk as “hits like a sledgehammer when [the rocket is] going up supersonic.”

Please consider moving to Starbase or greater Brownsville/South Padre area in Texas & encourage friends to do so!

Like with SpaceX 10’s failed rocket launch earlier this month, Elon Musk had a special tweet for his followers an hour after the rocket’s debris scattered back down to earth. SpaceX is hiring! Elon Musk wants as many technicians & engineers to move to Starbase or the greater Brownsville/South Padre area in Texas, like, yesterday.

He also said he wants YOU to spread his message far & wide so you and your friends can live near a rocket crashing – whoops – we mean rocket launching site.

Thank you. I want to keep living in your guesthouse

Of course, Twitter’s responding to Elon Musk’s job posting as Twitter does. Someone pointed out since working from home is becoming the norm, Musk’s tweet is a bit like posting a job for a fax machine repair specialist in 2021. Other people are posting about the hot & humid weather near SpaceX in Texas, and pointing out SpaceX’s stated goals (and TX Governor Greg Abbot’s stated goals) about bringing work to Texans, not out-of-staters.

While some jumped at the offer – namely recent college grads who probably have incoming crushing student loans – others suggested that Elon Musk could put his vast fortune, or “high production value” as he called it, towards more concrete humanitarian concerns like feeding the poor.

Do you think a SpaceX rocket launch will be successful? Or do you think Elon Musk is pi$$ing money away trying to get to Mars before 2030? Let us know in the comments!