All the kickass women who’ve killed their stunt game recently

Stunt moves are arguably the most difficult (and definitely the most dangerous) part of the movie making process. Most of the time these are performed by well-trained stunt men and women whose job it is to make falling out of a building or shooting down a cop car while hanging from a helicopter look easy.

But more recently, there’s been a slew of actors (namely fierce female actresses) who have taken the reigns and performed the stunts themselves. Here are the best actresses-turned-stuntwomen who have been kicking some serious ass on the big and small screens. 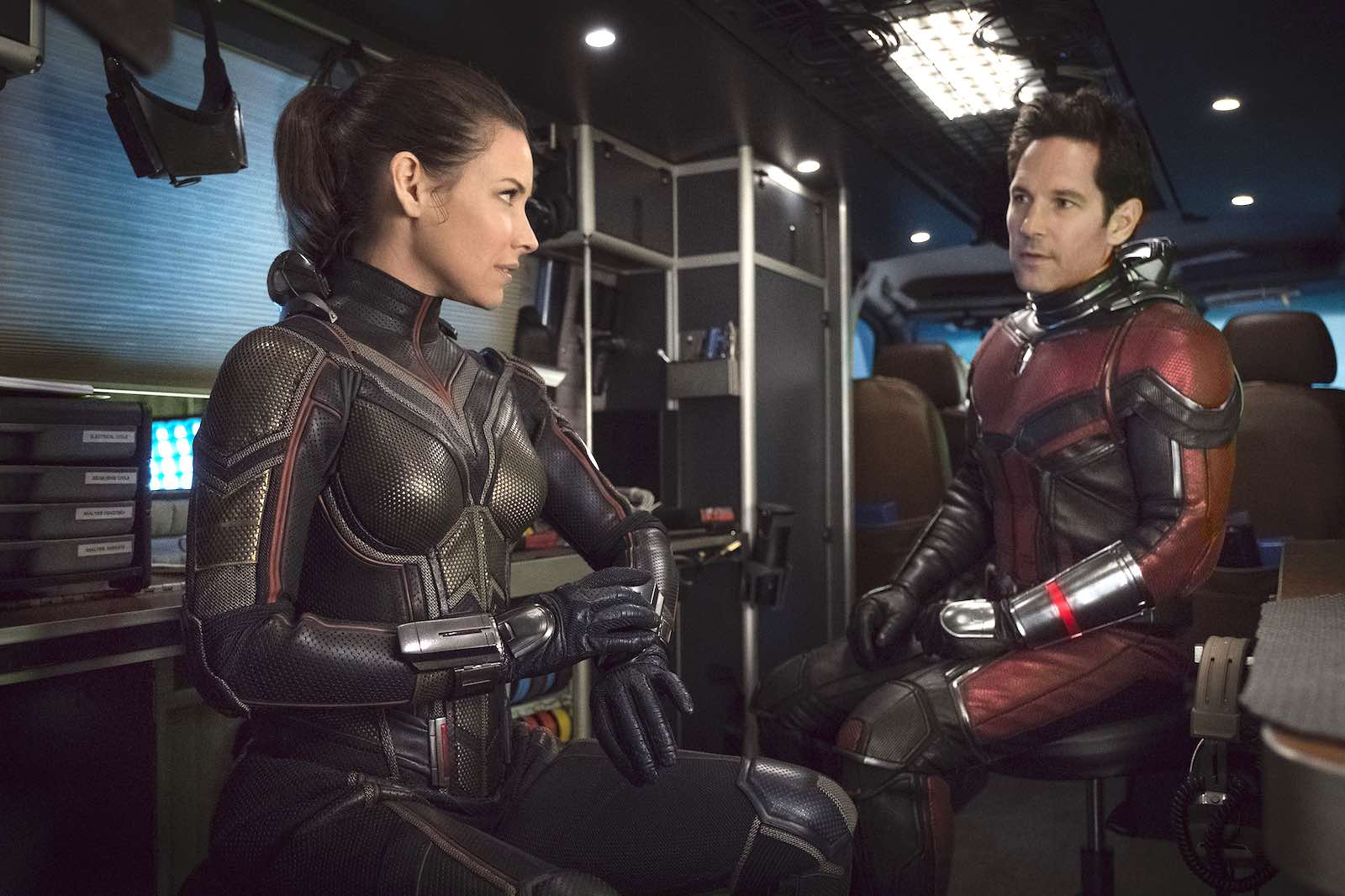 Evangeline Lilly – Ant-Man and the Wasp

The upcoming Marvel movie Ant-Man and the Wasp sees Evangeline Lilly star as Hope Van Dyne a.k.a. the Wasp. At the recent premiere of the film, director Peyton Reed (Yes Man) revealed the actress has been working way harder than her co-star Paul Rudd (Mute) on the stunts.

Although he was only joking, that’s not to say Lilly won’t be performing many of her own stunts in the film. “Evangeline is a very physical actor and she takes very seriously the stunt work and the training,” stated Reed. “She’s in there and really wants to get it right. Every aspect of that character. It was important to her.”

Keri Russell is badass both on screen and off. As the undercover KGB agent Elizabeth Jennings in the hit FX show The Americans, Keri has let it be known that she prefers to train and perform most of the stunts herself as “it’s fun”.

When discussing her co-star, Holly Taylor (who plays Keri’s on-screen daughter Paige) told Vulture about the scene in which she witnesses her mom killing someone for the first time. “We were outside until two in the morning, in the freezing cold, in the dead of winter. It took so long to shoot and Keri did most of her own stunts, despite the fact that she was pregnant in heels. We’re all like, ‘How’s she doing that?’ It was crazy.”

If that doesn’t scream badassery, we don’t know what does.

Yes, the actors portraying the Gorgeous Ladies of Wrestling are more than just pretty faces. Once they had been chosen for their roles in the hit Netflix show, they had to get down to business and actually learn to wrestle convincely.

They started off small with tumbling moves before moving onto the more acrobatic tricks to give the ring action (minds out of the gutter, please) authenticity. The women were trained by real wrestler Chavo Guerrero Jr. as well as by stunt coordinator Shauna Duggins and stuntwoman Helena Barrett, who were there to break down Chavo’s language. “We had to learn fundamentals for so long,” explained Brie.

“. . . but as we got more into the wrestling training, I feel like we were anxious to get to bigger moves . . . . There’s not really a lot of baby steps to learning wrestling moves. You’re sort of like, ‘Here’s somersaulting, and now just flip onto your back from the air.’ Every day I feel like it was that kind of realization of like, ‘Holy sh**. This is what we signed on to do.’” 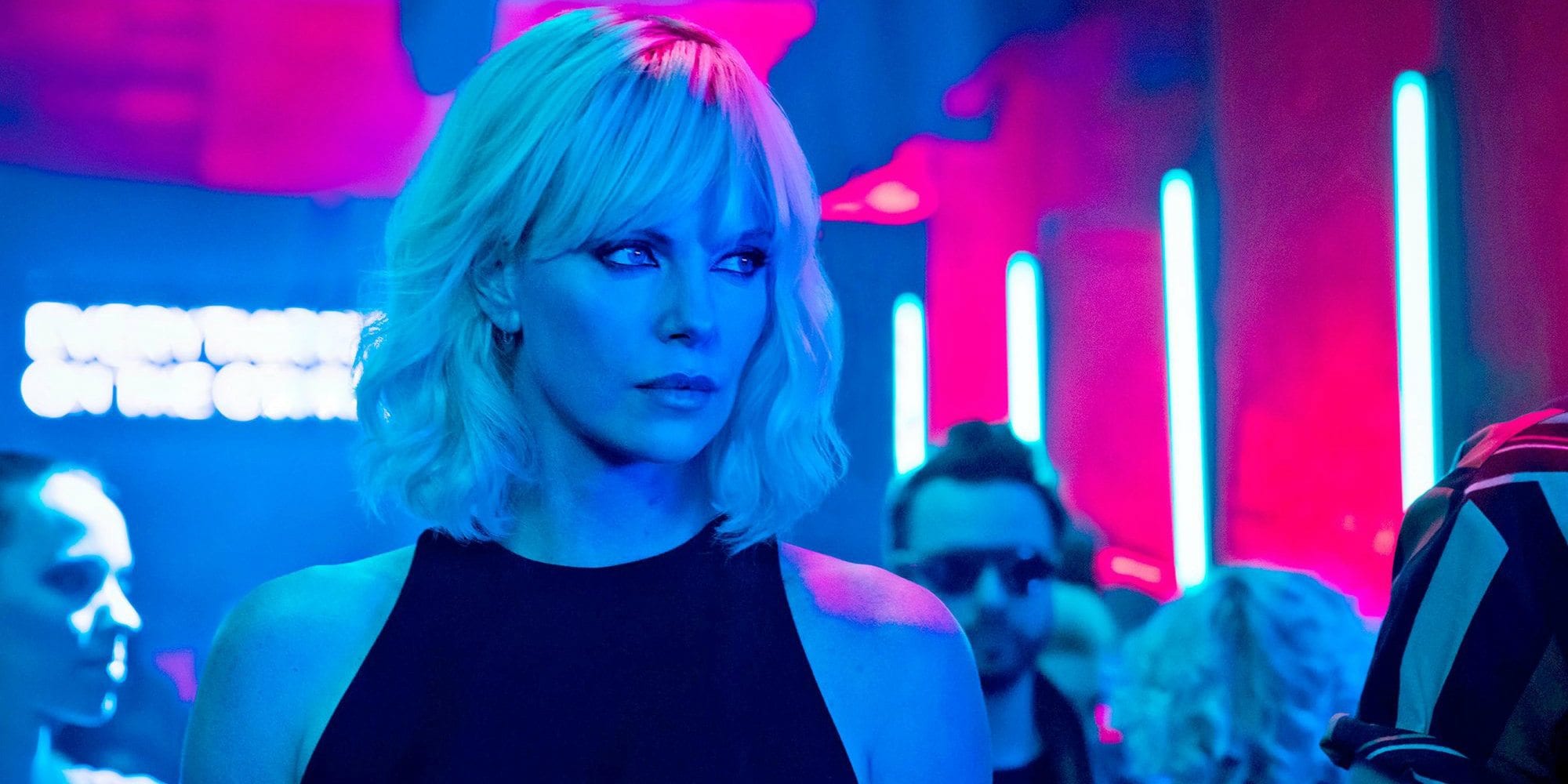 In David Leitch’s 2017 action thriller, Charlize Theron (Mad Max: Fury Road) played an undercover MI6 agent who is sent to Berlin during the Cold War to investigate the murder of a fellow agent and recover a missing list of double agents.

Despite starring alongside such actors as James McAvoy (Filth) and Bill Skarsgård (It), it was Theron who had the biggest balls, performing 98% of her own stunts including the fighting and running scenes. Unfortunately she couldn’t do the moves where her character had to fall down the stairs or swing from a height for insurance reasons, but had she been given the chance, we’re pretty sure she would’ve taken it with both hands. 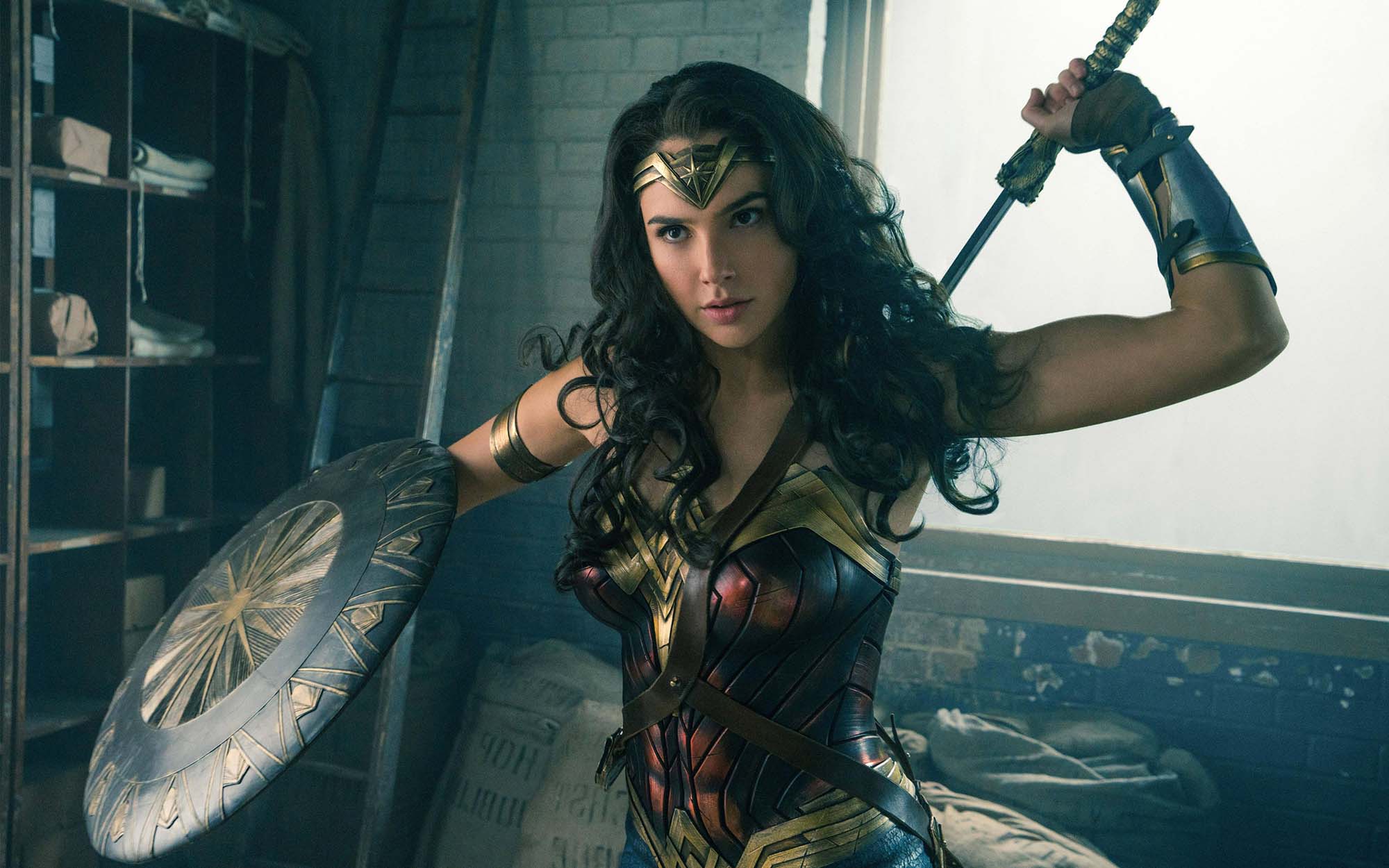 Gal Gadot is known worldwide as Wonder Woman, but before her rise to fame the Israeli actress was enlisted in the military as part of the country’s mandatory service. For two years she was a combat instructor, which is something that helped her with the role as the Amazon warrior. “The director really liked that,” said Gadot. “He wanted me to use my knowledge of weapons. The adrenaline was just incredible.”

Not only did she use her training to perform many of the action sequences herself, but she also performed all of the stunts during her stint on the Fast and Furious movies. Furthermore, in preparation for her role as Wonder Woman in Batman v. Superman: Dawn of Justice, Gadot received training in swordsmanship, kung fu kickboxing, Capoeira, and Brazilian Jiu-Jitsu.

According to CBR, “Gadot spent six months preparing for the movie in order to get in prime physical shape. Even though she was pregnant during the shooting of Wonder Woman, she still performed a lot of her own stunts.” 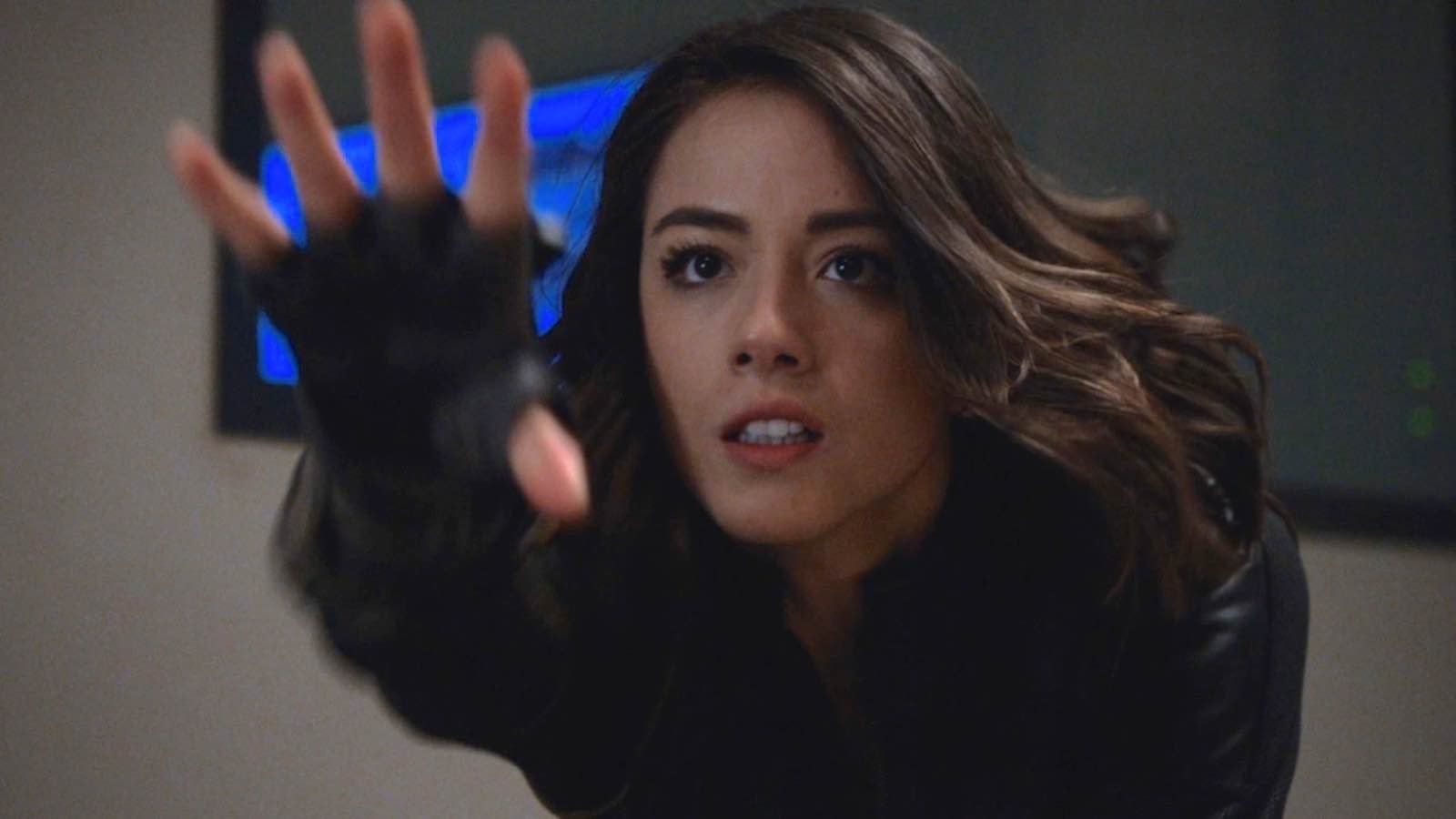 When Bennett joined Marvel’s Agents of S.H.I.E.L.D., she trained relentlessly in order to make her character come across as authentic as possible. Per The Richest, Bennet did two months of kickboxing, boxing, Krav Maga, and Jiu Jitsu to build up her character Daisy for the show. Chloe described “how she pushed her body to the limits to ‘make it look effortless.’ Even if it meant chasing the Ghost Rider on the hood of a moving car.” 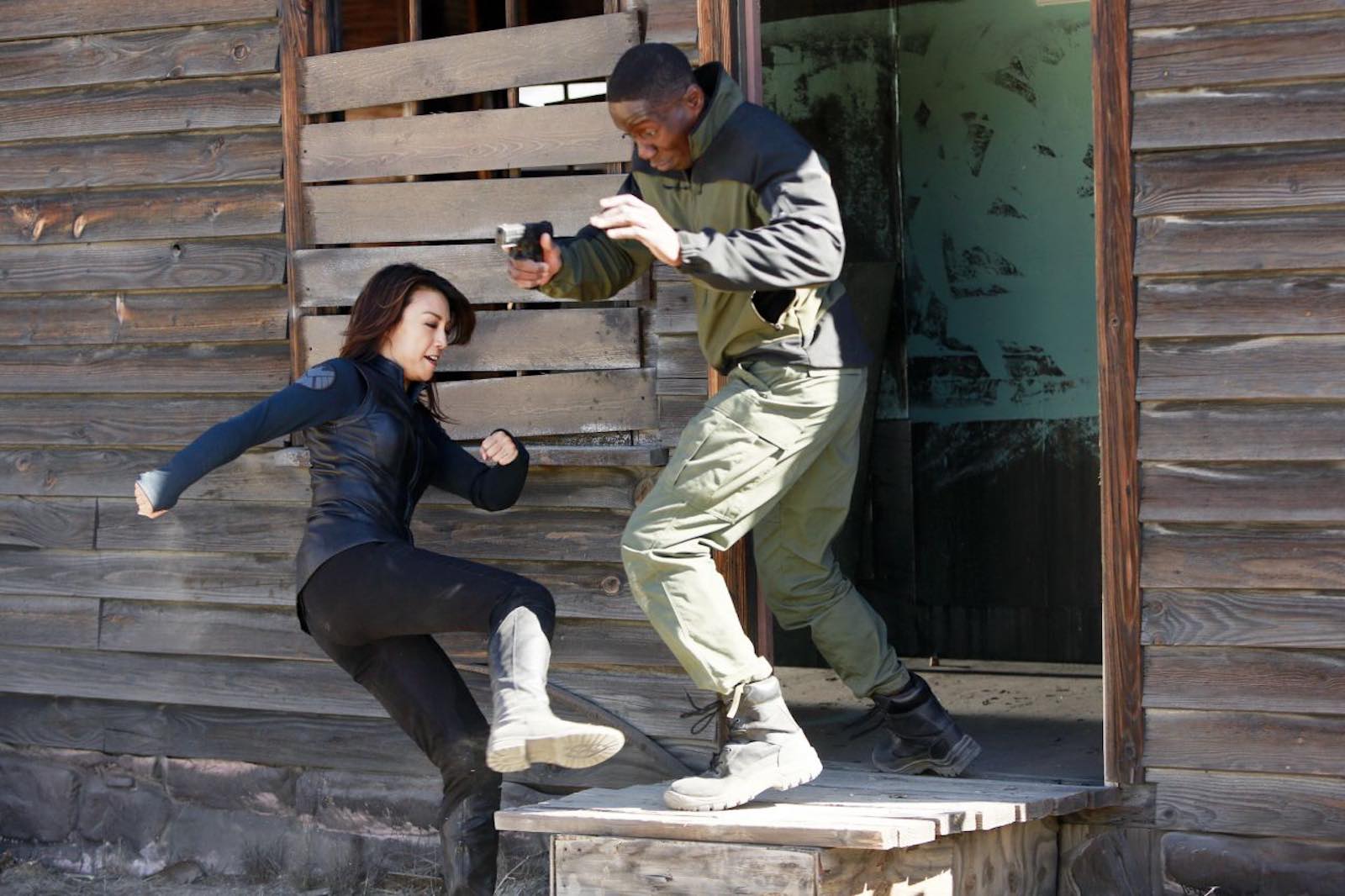 In addition to Bennett, Wen is another actress who does not slack in performing the action scenes in Marvel’s hit TV show. Performing all of her own stunts on Agents of S.H.I.E.L.D. as Melinda May, Wen explained that she “works out regularly and trains with stunt coordinators and choreographers to make sure the scenes look believable.” 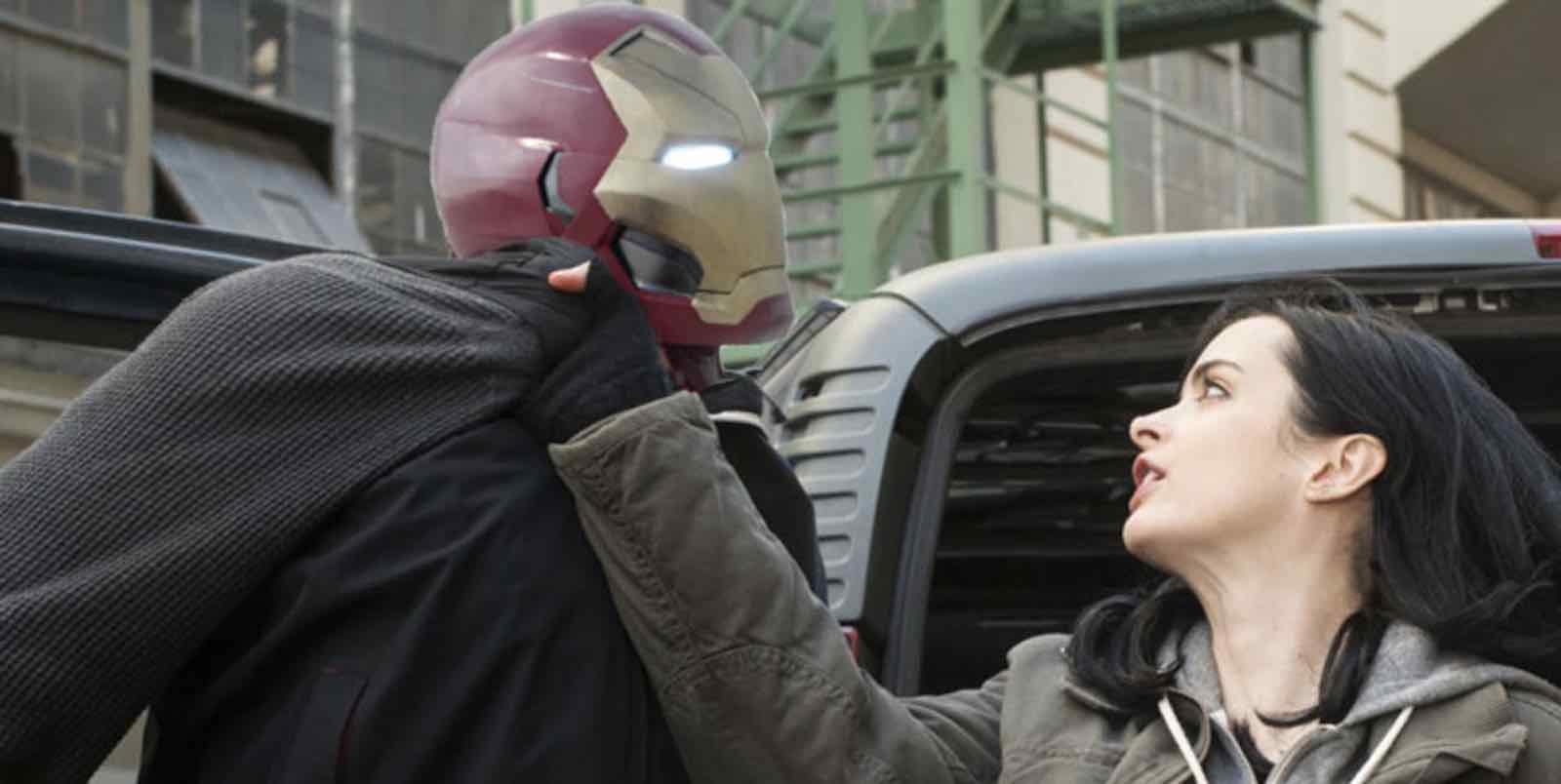 Krysten Ritter puts her sweat, tears, and (literal) blood into her stunt scenes as the titular character in Marvel’s Jessica Jones. Discussing a particular fight scene, Ritter explained how a “misstep in some choreography” caused an “uppercut to the jaw”.

“The jaw thing sucked because I bit through my tongue,” she told Business Insider. “But luckily, the tongue heals really fast and there weren’t any visible marks on my face that weren’t coverable. We wiped the blood off my face, and I went back to work because I’m a badass.” We couldn’t have put it better ourselves!