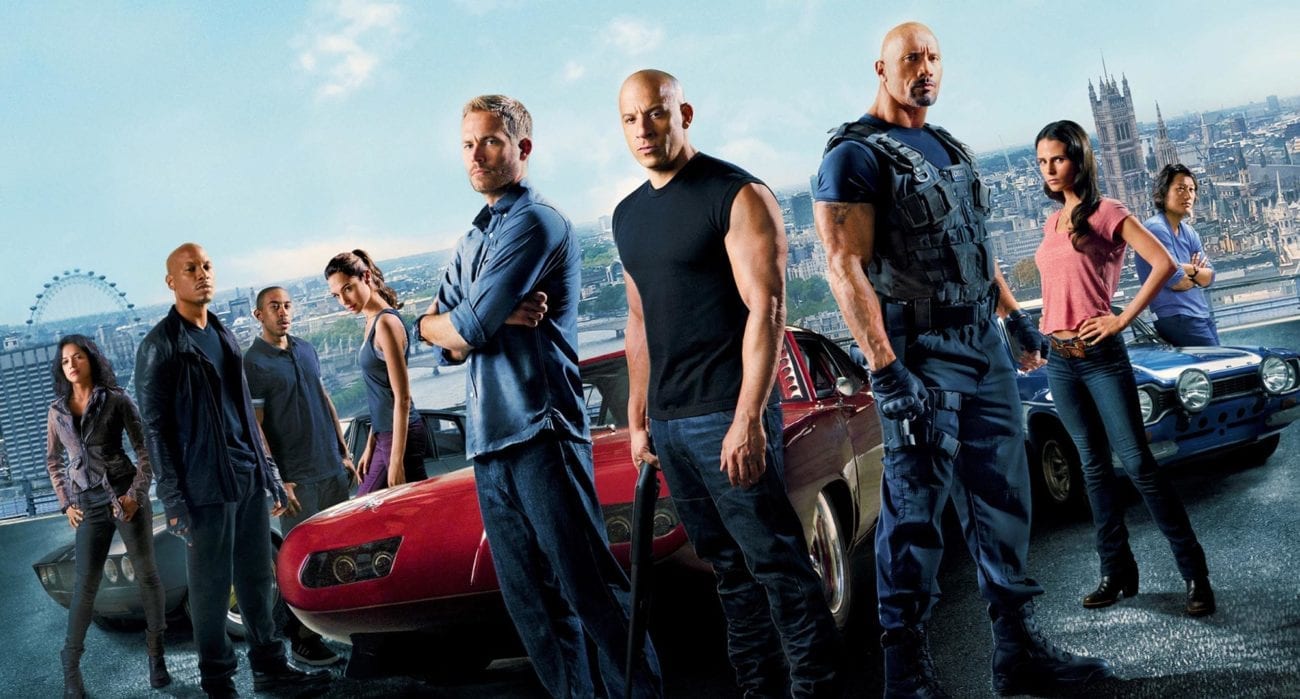 Need for speed: A ranking of the most farcical ‘Fast and Furious’ tropes

If you can’t get enough of the audacious action of the Fast & Furious franchise, hold on to your gear sticks because DreamWorks Animated Studios is developing animated series Fast & Furious: Spy Racers for Netflix. Ready for the wonderfully ludicrous synopsis? Prepare yourself – it’s a doozy.

The show will focus on teenager Tony Toretto as he follows in the ridiculous footsteps of his cousin Dom (Vin Diesel) by infiltrating an elite racing league after being recruited by a government agency to take down a nefarious crime organization. Sounds like a hit to us!

As purveyors of fine taste, we’re obviously huge fans of the Fast & Furious franchise and can’t wait to see what outlandish plot lines, twists, and car-related stunts come with this exciting new spinoff from the movies. We’re also hoping the series continues to develop the extraordinary set of tropes the movies have so far established in the blockbuster universe. Here’s a ranking of our ten favorite Fast & Furious tropes that make the movies so damn terrific.

10. Drinking a frosty Corona after every successful mission

No other alcoholic beverage exists in the Fast & Furious universe (or in the odd world of Vin Diesel, who drops the Mexican beer into all of his movies). There’s obviously nothing finer to drink after you’ve almost killed yourself and everyone you love while trying to skydive, rob a bank, or leap from one skyscraper to another in a damn car.

The Coronas are one thing, but every Fast & Furious movie is also packed with purposefully positioned products (and naturally, tons of cars) that may as well have a for sale price and store availability plastered on top too.

“This car?” Dominic Toretto mumbles in an incomprehensible rumble. “It’s a triple thrusting top torque ten to the gallon hunk of American muscle that would also be suitable for families and is available from all good car dealerships across this great USA.”

8. Using cars to pull off every part of a mission (even when it makes no sense to do so)

Driving out of a plane to skydive in a car? Yeah, sure. There couldn’t have possibly been an easier solution to entering an off-limits section of land.

Wait, so the third movie actually takes place between the sixth and seventh instalments, which would technically place those movies in 2006 meaning they’re driving cars that won’t be available for another ten years? Okay.

You know, like, “Sometimes you just have to hit the brakes on this crazy ride called life,” when the gang decide to chill over a family barbecue. Or, “Sometimes you just reach the end of the highway and realize you have to turn back and go home,” when someone decides to opt out of the gang and go legit. So deep.

As the movies progress, the bodies get bigger and so do the standoffs between macho men hulking their brawn at each other.

Nothing, and we mean nothing, can mortally wound or kill these guys. Even Letty (Michelle Rodriguez) comes back from the dead (sorta)!

Between the topless dudes, the greased up rippling muscles, and the bold declarations of bromance to all the fight scenes in which two men grapple so tightly with each other they’re practically making love, the Fast & Furious franchise is a homoerotic dream.

2. Montages of jiggling, bikini-clad women to balance out the homoerotica

But also the Fast & Furious franchise is like totally hetero! No gays here, ladies and gentlemen. To prove it, here’s a lengthy montage of some half naked women – who thought bikinis were appropriate attire to wear to drag race – jiggling for no apparent reason. But now, back to our regularly programmed focus on Hobbs’s (Dwayne Johnson) bulging biceps.

If you were to do a Fast & Furious drinking game based solely on the amount of times someone says family in the franchise, you’d be dead before any one of them had even left the garage.