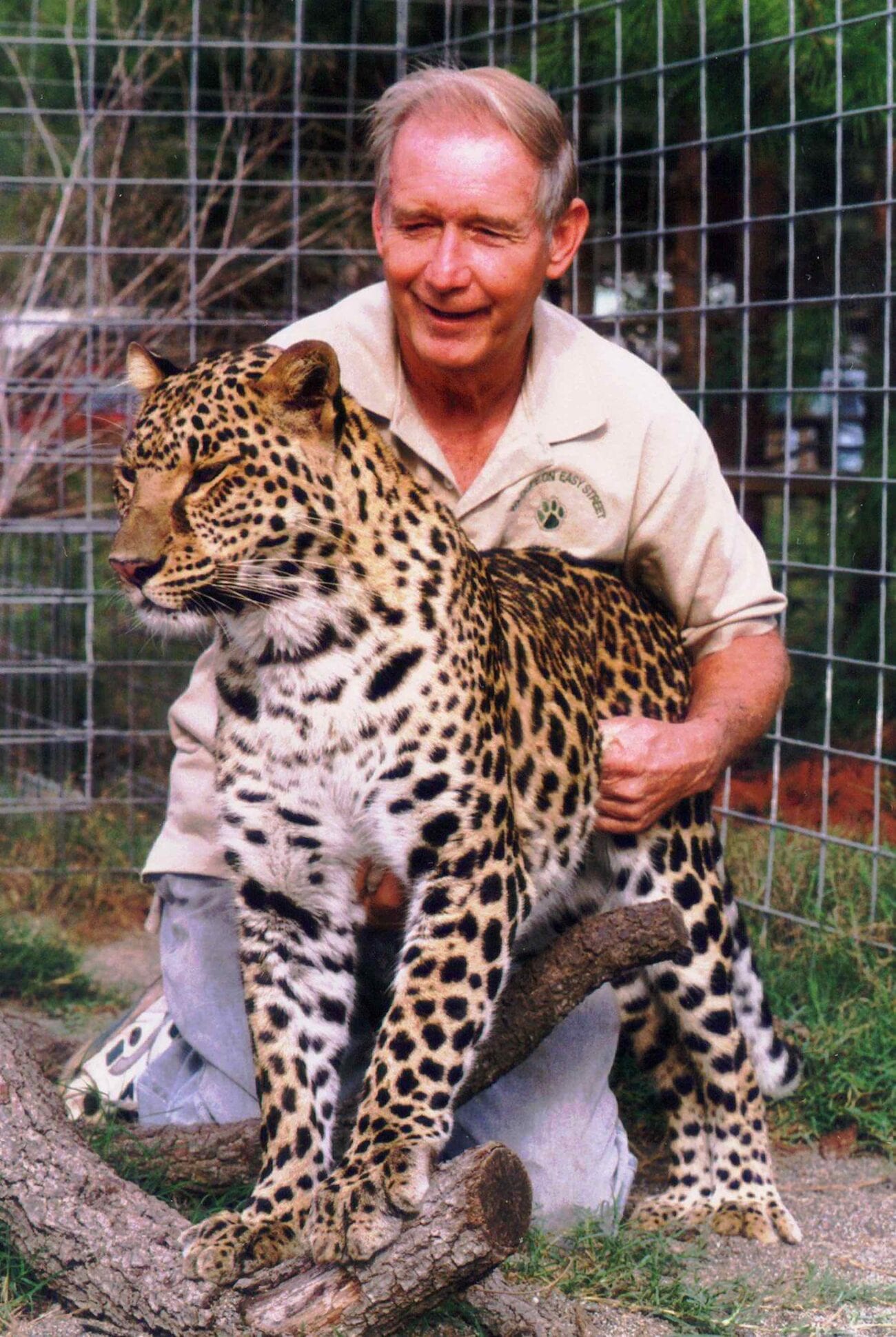 Did Carole Baskin kill her husband? These facts make us say “no”

Tiger King is the true crime series that just keeps on giving. We were just expecting an entertaining story about crazy people and their penchant for living with dangerous, wild animals, but along with this story we got something even better: a real-life cold case that might be even crazier than the docuseries.

The case of Don Lewis’s death revolves around the fact that Lewis’s body was never found after he left to travel to Costa Rica over twenty years ago. Many people point the finger of blame to Carole Baskin, Lewis’s wife at the time, whose side of the story has some questionable details.

As Tiger King skyrocketed in popularity, Carole Baskin has come under heavy fire as the majority of viewers are convinced she’s guilty. But don’t put Carole’s head on the chopping-block just yet as there’s evidence that Carole Baskin didn’t kill her husband. 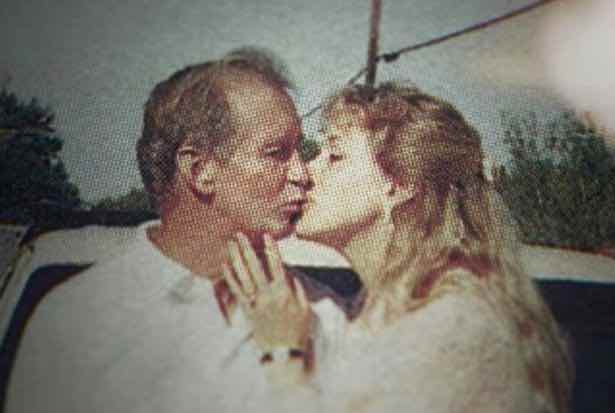 The marriage between Don Lewis & Carole Baskin was never an honest one. They had met when they were both still married and when Carole was substantially younger than Lewis. Throughout their marriage Lewis repeatedly cheated on Baskin, even going as far as flying to Costa Rica regularly to engage in casual sex when his wife was menstruating.

Lewis even lied to Baskin about his identity when he first met her as he referred to himself as Bob Martin and that he worked for a rich businessman named Don Lewis. As their marriage progressed, Lewis & Baskin began to argue more. Lewis made claims that Baskin threatened his safety and Baskin made claims that Lewis was showing signs of dementia.

In August 1997, Lewis announced to Baskin that he was leaving on a trip to Costa Rica and was never seen again. Lewis’s car was found at a private airport he used to hire planes so he could fly down to Costa Rica, the keys were still in the ignition. Lewis’s two passports were also never flagged for him leaving the country.

Don Lewis spent a lot of time in Costa Rica and even had a long-term girlfriend living there. It was suspected that Lewis was planning on leaving Baskin and moving his sanctuary to Costa Rica as it was known Lewis was funneling money down there. Lewis mentioned to a close friend before he left that “If I can pull this off, it will be the slickest thing I ever did.”

Lewis was also known for some shady business dealing while he was in Costa Rica. Baskin mentioned that he would often loan money to a seedy duo with connections to the Costa Rican mafia, known as the Helicopter Brothers. Lewis often dealt in loans and could charge a hefty interest rate. 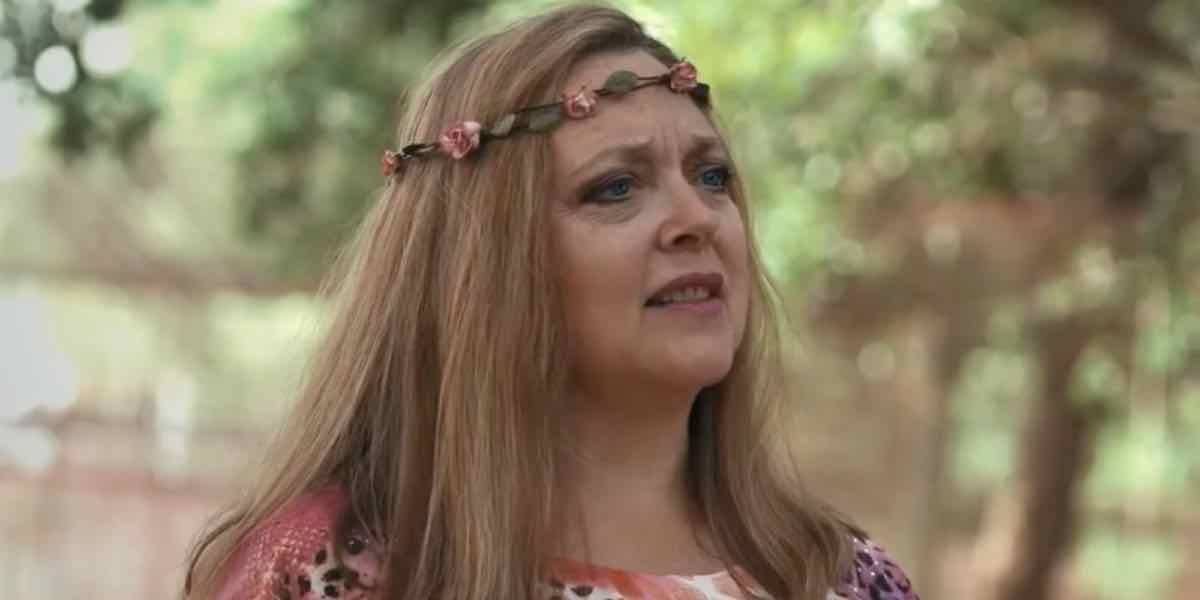 A meticulous plan to kidnap & kill her husband would have been a huge feat for one person to pull off. Baskin would have likely needed an accomplice or even a team to pull it off though there’s never been evidence of her conspiring with anyone.

Other theories include the suspicion that Lewis used the opportunity to fake his own death & completely disappear, or that the Costa Rican mafia strangled him just as he was crossing the ocean in his plane and then dumped the body overboard.

Or it could be that Baskin’s claims that Lewis was losing his mental faculties were founded and Lewis, who was a poor pilot in the best of times, lost control & crashed. 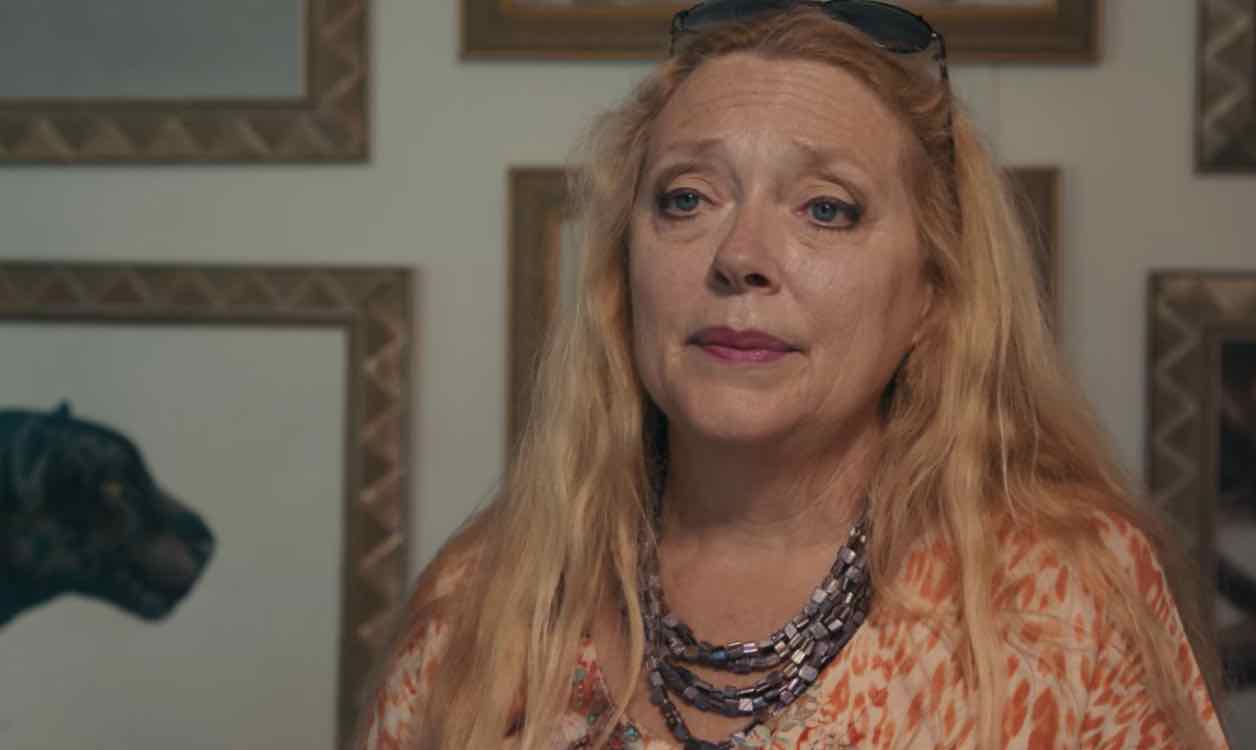 The main theory of how Baskin pulled off getting away with murder is she disposed of the evidence by grinding up her husband’s body in a meat grinder and feeding it to the large cats in the sanctuary. Baskin claims this story is ridiculous as feeding an entire body & skeleton through a grinder isn’t a small task and there would have certainly been bones left over.

Even the sheriff investigating the case, Chad Chronister, debunked that theory when he noted that both the meat grinders used on the reservation had been removed weeks earlier.

Then others, including Joe Exotic, pointed out that Baskin could have hid the body in the property’s septic tank. Again, Chronister poked a hole in this idea due to the fact the septic tank was only installed years after Lewis disappeared. 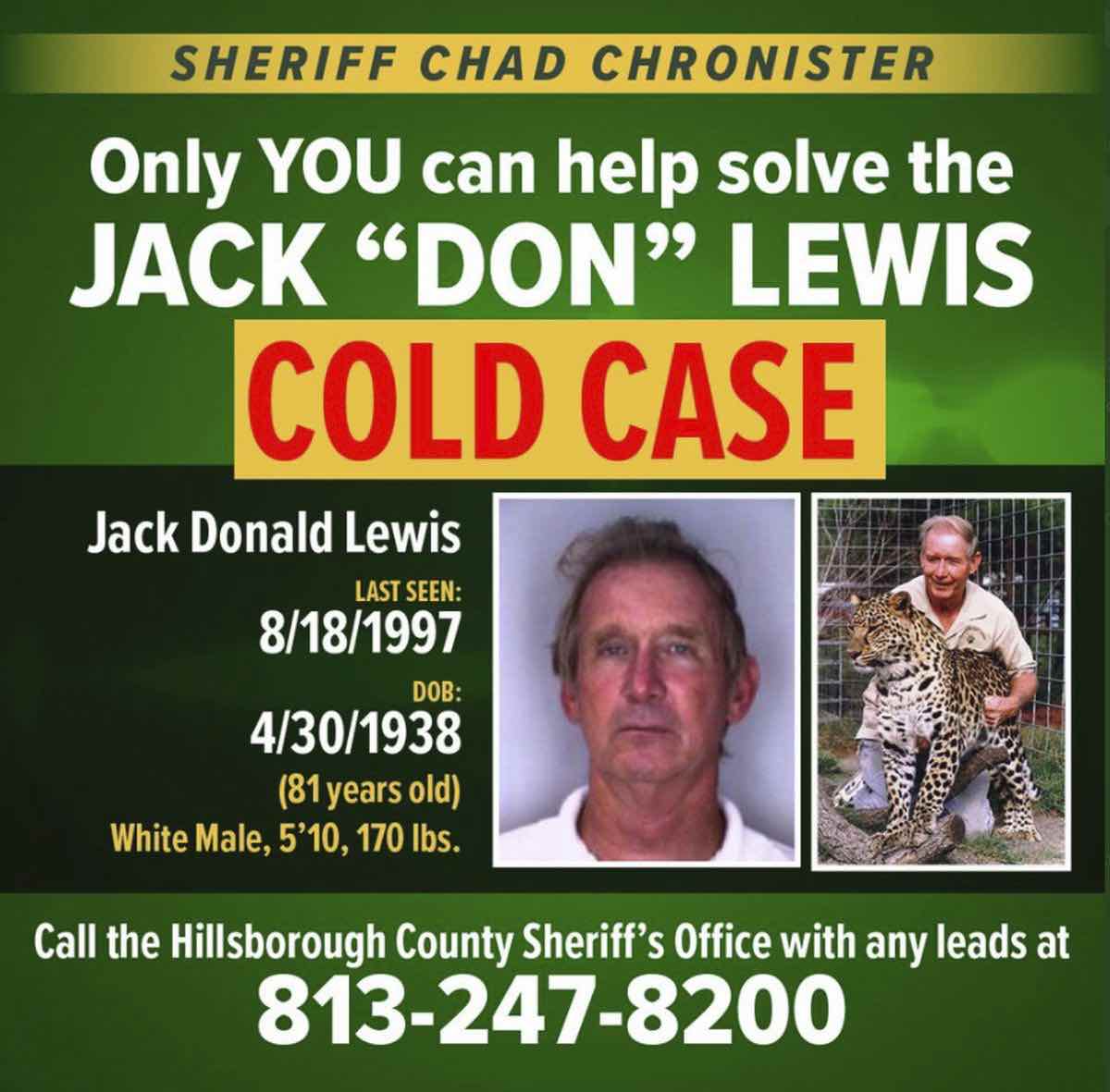 All the evidence against Baskin is purely circumstantial therefore no matter how suspicious her story is, there’s nothing concrete to link Carole Baskin to the death of her husband.

Don Lewis has been missing for twenty-three years and was legally declared dead in 2002. Still, some people aren’t satisfied with the outcome and are convinced Carole Baskin is hiding something. Hillsdale County Sheriff Chad Chronister is one of those people continuing to investigate the case, determined to get to the bottom of this wild mystery.