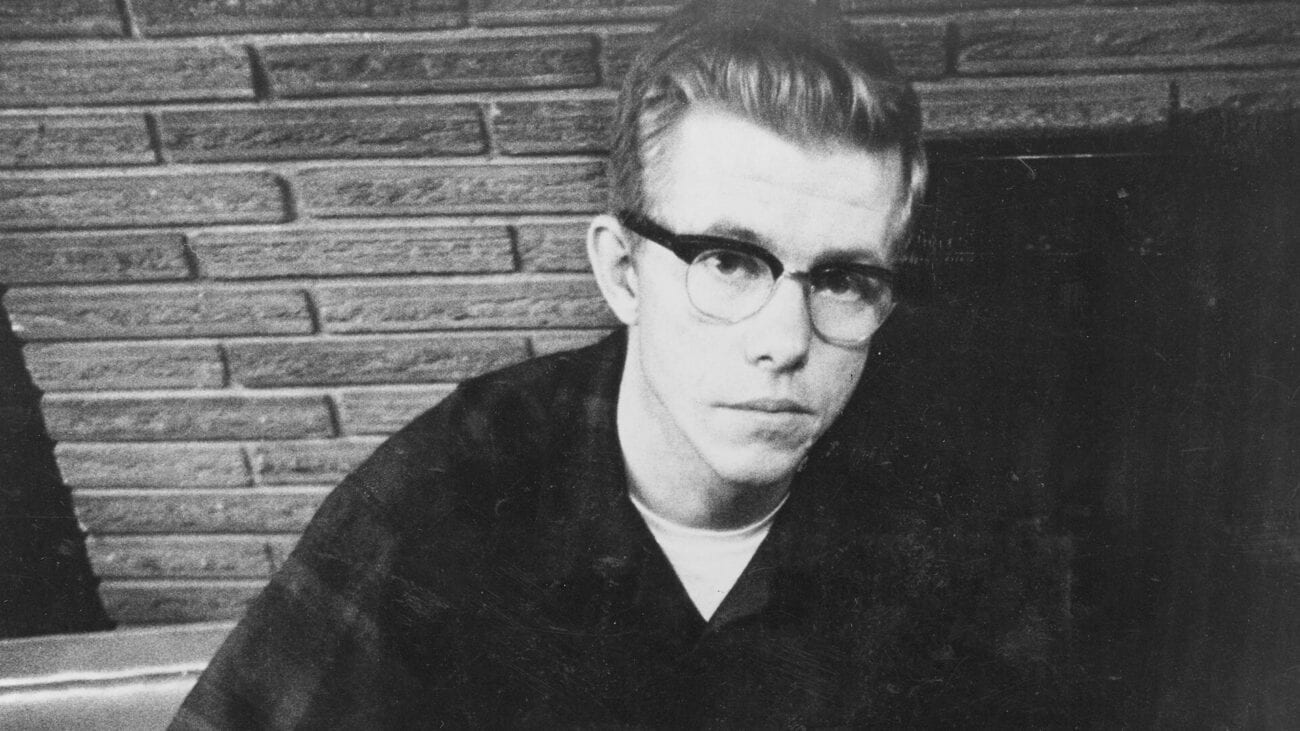 The Butcher Baker sounds like a name from a dark adaptation of a fairy tale or a bad Sweeney Todd knockoff. But Alaska’s most notorious serial killer was very real.

Robert Christian Hansen, Alaska’s most notorious serial killer, was also known as the human hunter. Prolific through the 1970s and 1980s, Hansen confessed to killing seventeen Alaskan women and raping another 30 over twelve years. 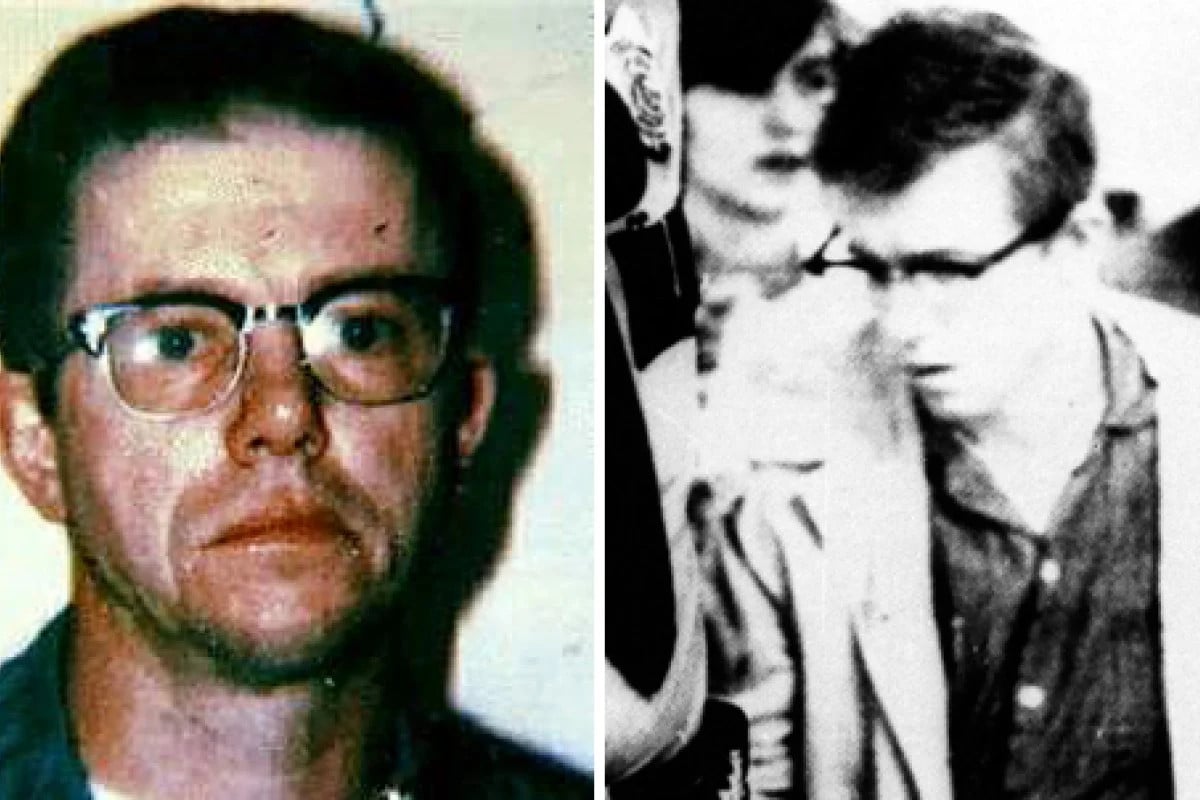 Like many other serial killers, his evasion from capture was due to a lack of forensics and a different, more trusting culture than we have now. He was only caught when an officer persuaded him to confess in an old fashioned game of good-cop, bad-cop.

So how did Hansen become the most prolific serial killer in Alaska, with numbers approaching Dahmer & Gacy levels in a remote part of the U.S.? Let’s take a look.

“When all these people began to flood into Anchorage, it expanded. You could go down at any time of the day or night and the streets were crowded.”

The crowded streets & rowdy scene made it difficult for police to patrol the area. While their main beat consisted of bar fights & assaults, a more sinister occurrence would emerge – serial murder. 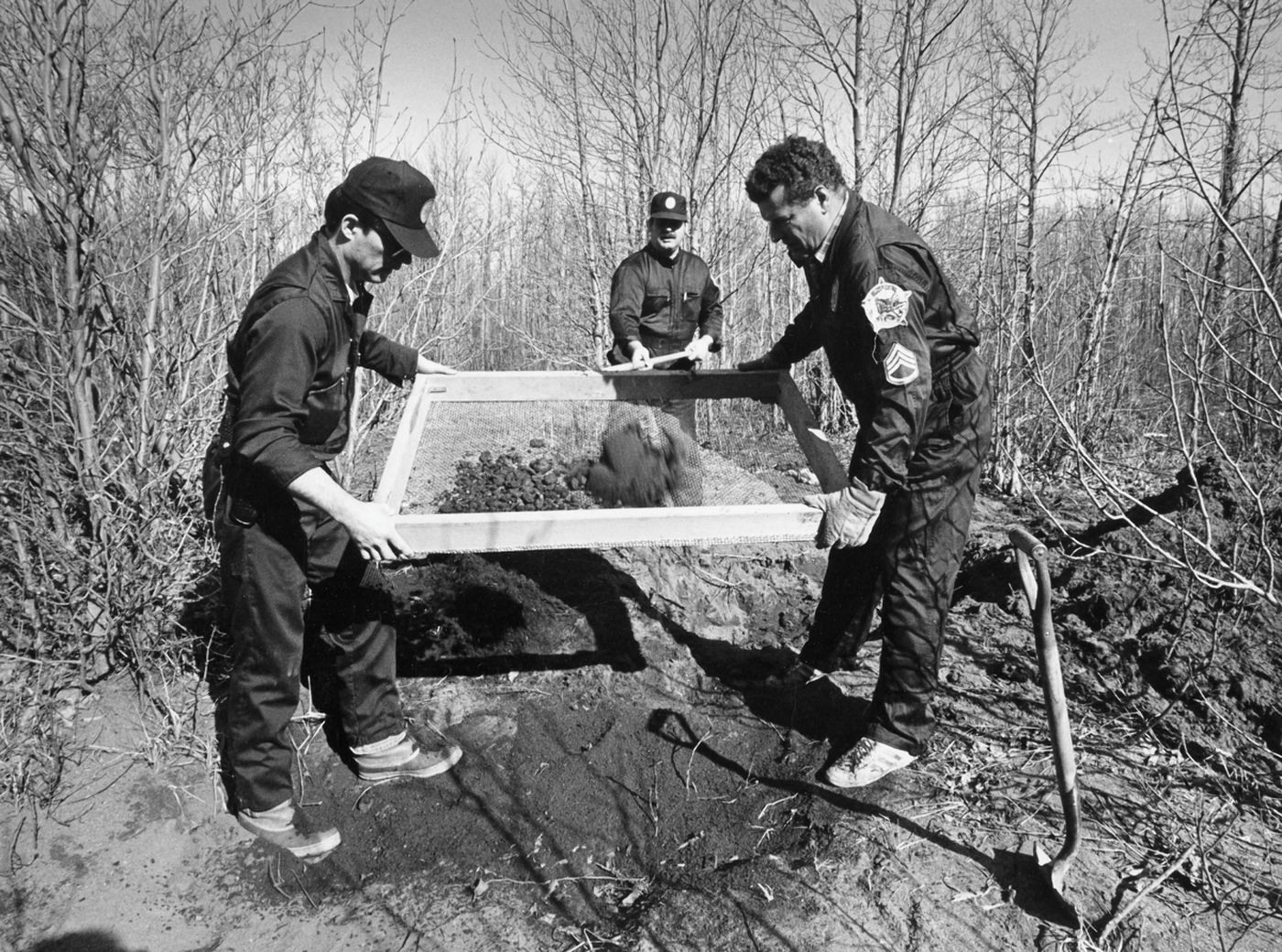 A most dangerous game

Robert Hansen abducted strippers & prostitutes from Anchorage’s bustling night scene. The local baker took the women to his house and raped & tortured them. He would then drive them in his car, or later fly them in his private airplane, to the Alaskan wilderness to hunt them for sport.

At first, Robert Hansen’s crimes went unnoticed. As a boomtown, Anchorage saw people who left their roots. Plus, the dancers & sex workers who went to Alaska for work were assumed by Hansen to not be missed. He was right until September 2, 1982, when police made a gruesome discovery. 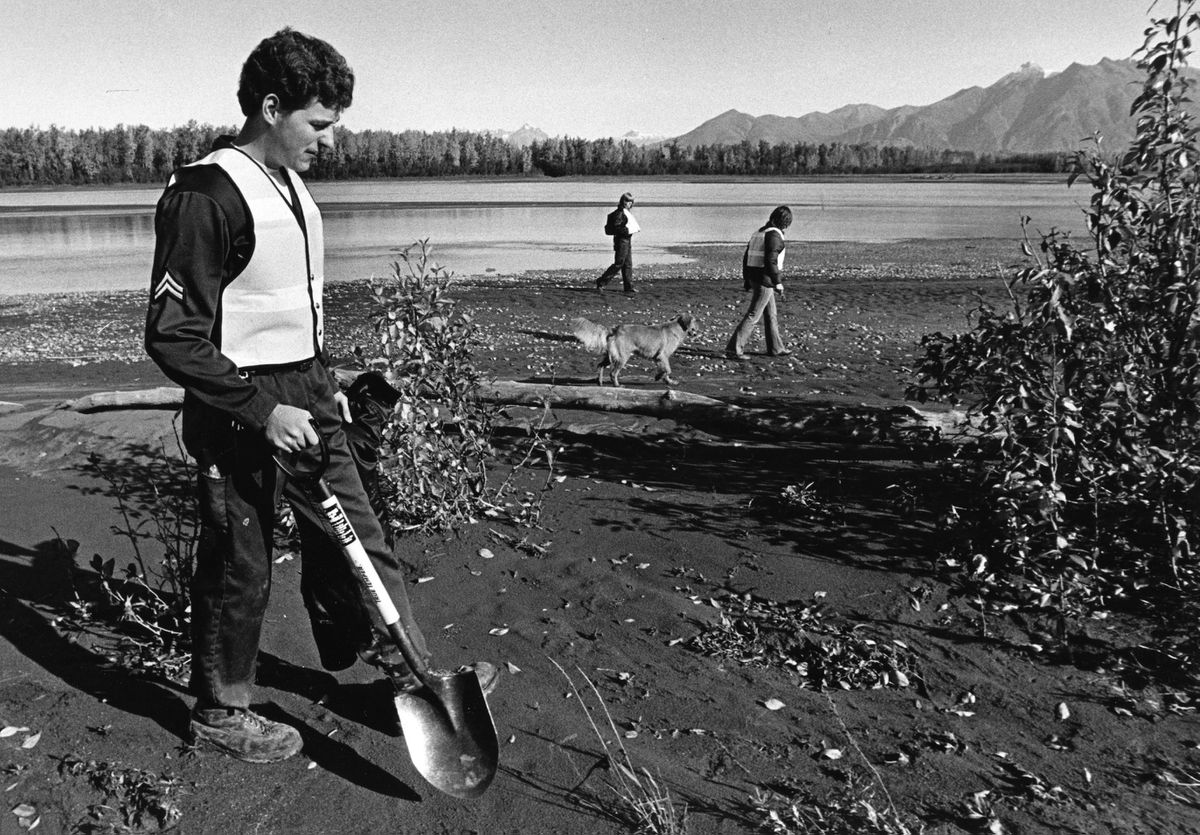 Paula Goulding was a seventeen-year-old exotic dancer that went missing for five months. Her body was found on the banks of the Knik River near bullet casings and another missing girl’s body, Sherry Morrow. They were found by a road construction crew who then alerted state troopers.

When ballistics came back and determined the bullets were from the same high-powered hunting rifle, Alaskan State Troopers’ worst fears were realized. They had a serial killer on their hands. 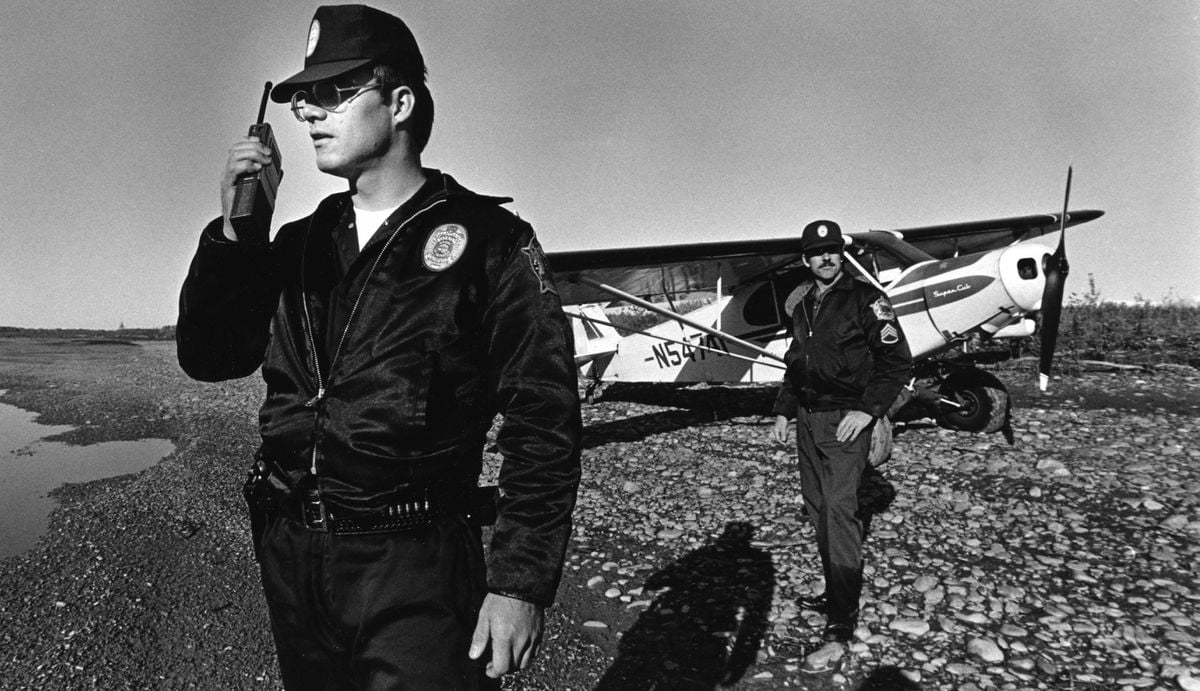 For the next two years, police searched for the serial killer, but didn’t stumble on any leads. That is, until 1983. Police picked up a dancer – handcuffed, half-naked, and crying along the highway. Her name was Cindy Paulson, she was a sex worker in Anchorage, and she just escaped a horrifying situation.

She described being picked up by a “wiry, scruffy man” who solicited her for sex. He then threatened her with a revolver, handcuffed her, and made her get in his car. For days, he tortured & raped her until he transported her to his bush plane, a small aircraft used for hunting in Alaska.

She made her escape as her captor loaded the plane. Police found her running, hysterically screaming for help. After questioning her, they took her back to the airport where she ID-ed the plane belonging to Robert Hansen. 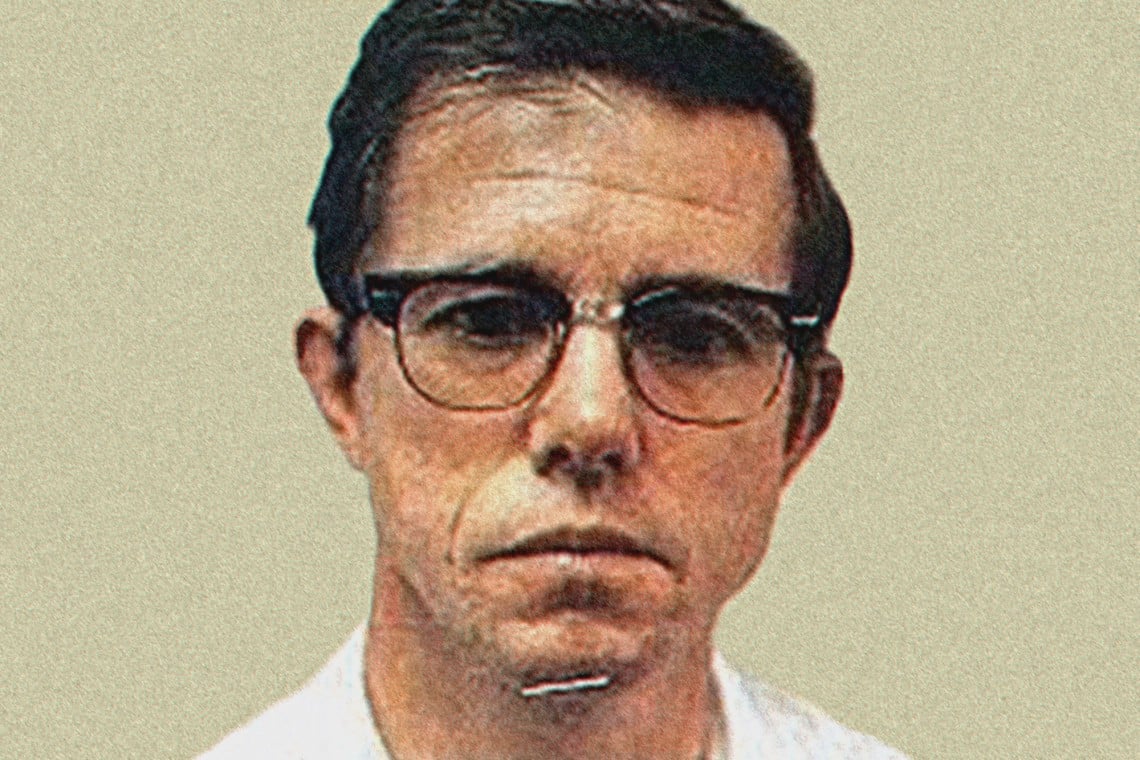 Had it not been for Cindy Paulson’s escape & retelling, Alaskan police may never have caught Robert Hansen. Hansen moved to Anchorage from Iowa with his wife & two children. He ran a bakery, a popular stop for officers on their way to work. Scrawny and bespeckled, no one would have suspected the stuttering Hansen of gruesome murder.

However, he fit the profile that FBI agent John Douglas wrote for the Alaska police: he would be a shy, slight man with no confidence and a speech impediment. 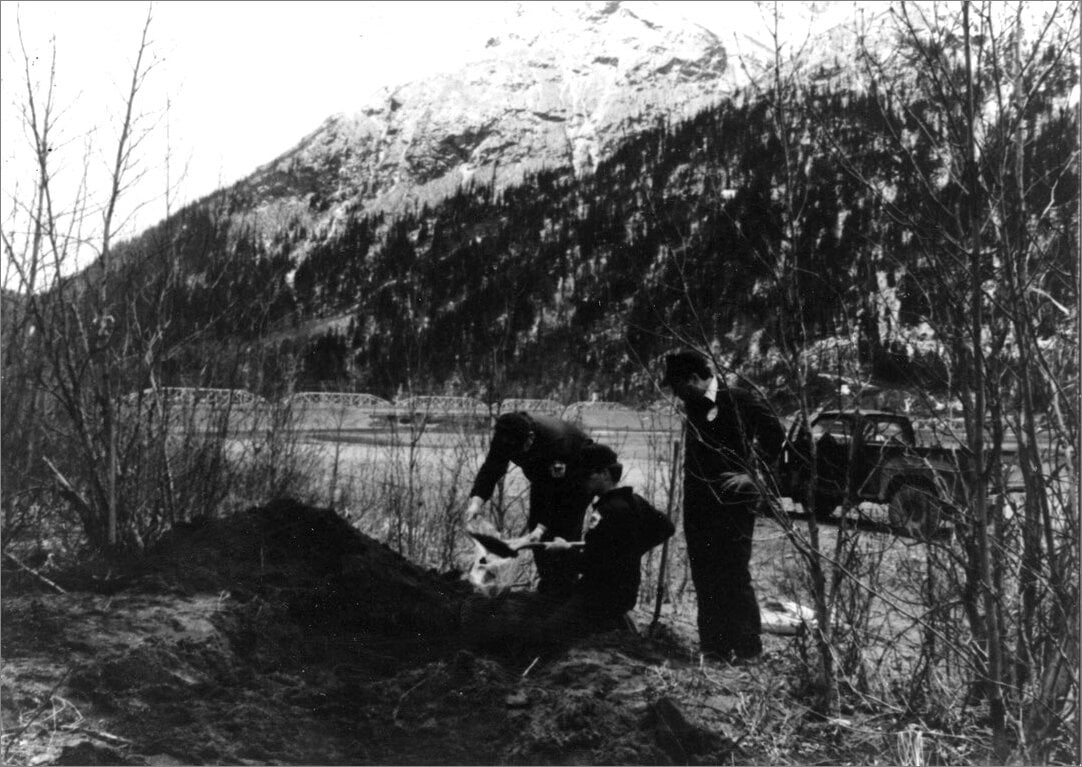 When police took him into custody, they saw him change from the timid, small man in the FBI profile into a remorseless killer. While trying to get a confession out of him, they obtained a warrant and searched his home & plane. They found plenty of evidence that Hansen was their man, including victims’ jewelry & bullets matching the found casings.

Police also found a map with Xs on it, marking where he killed his victims. The map had twenty-four Xs on it, although Hansen only confessed to killing seventeen women. 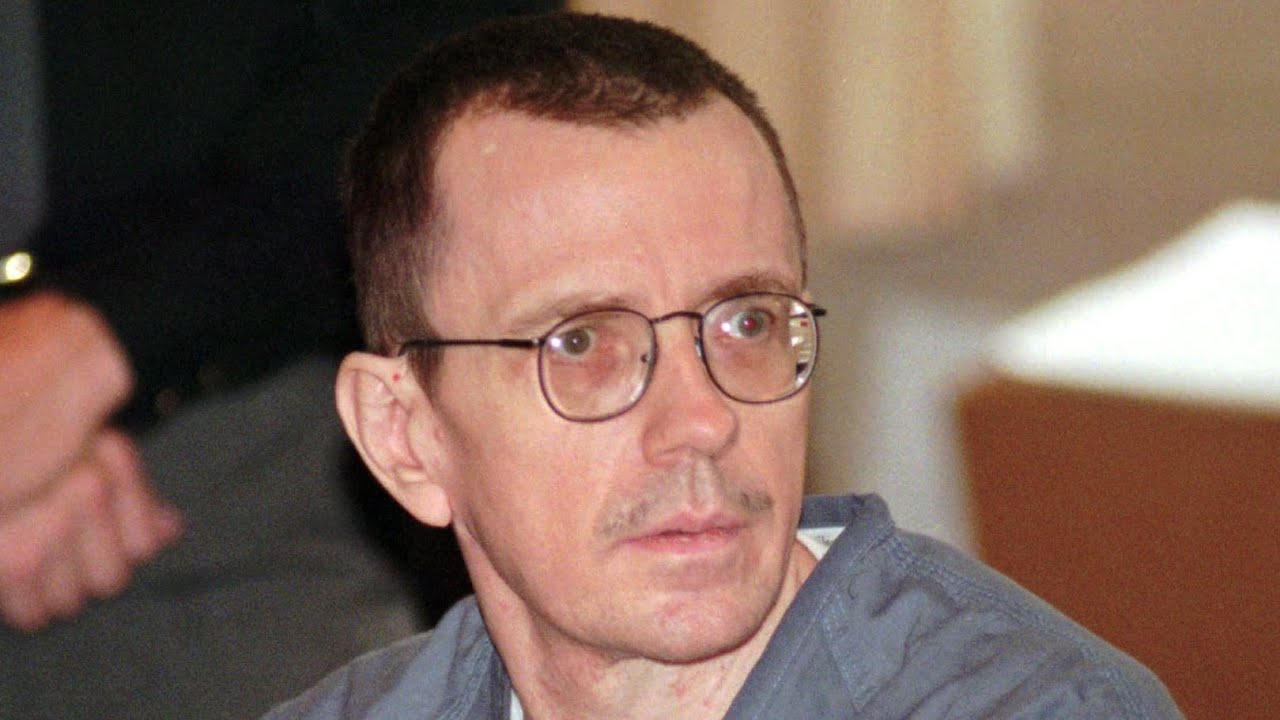 “I guess these serial killer types tend to be smart in a way,” Rothschild recalled. “If they were truly smart, they wouldn’t be doing what they’re doing. But they’re evil, they’re smart evil people.”

Robert Hansen was sentenced to over 400 years for his killings. He died in prison in 2014.