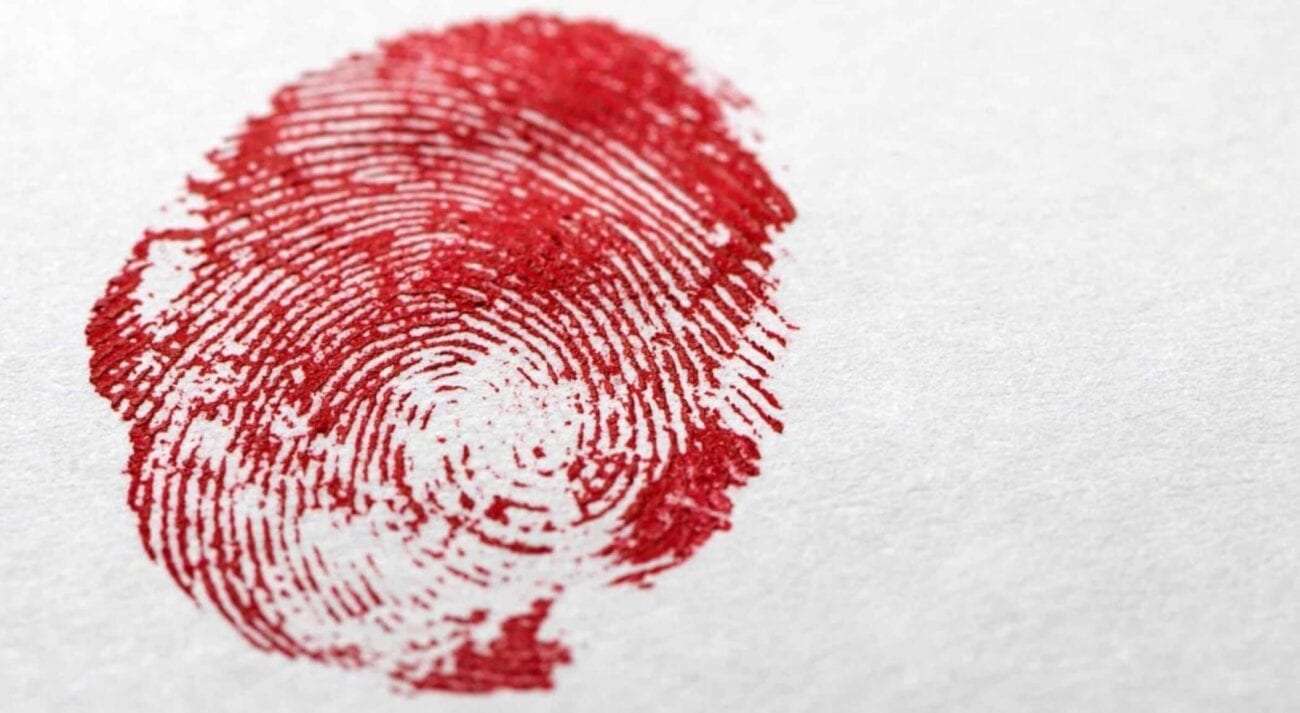 Haunting romances: The American serial killer couples to know about

One lone predator capable of grisly murder is terrifying enough, but when heinous crimes are committed as a pair, the combination often leaves a bloody mark on history.

A homicidal relationship—usually bound together by a string of violence, sexual abuse, and a torrid past—is typically the result of a dominant individual coalescing with someone submissive or docile.

But sometimes the murdering couple is simply the perfect storm of sociopathy, where two individuals form a union through a shared interest for moral repugnancy. Though no matter the dynamic, this list of American serial killing couples will surely haunt your dreams. 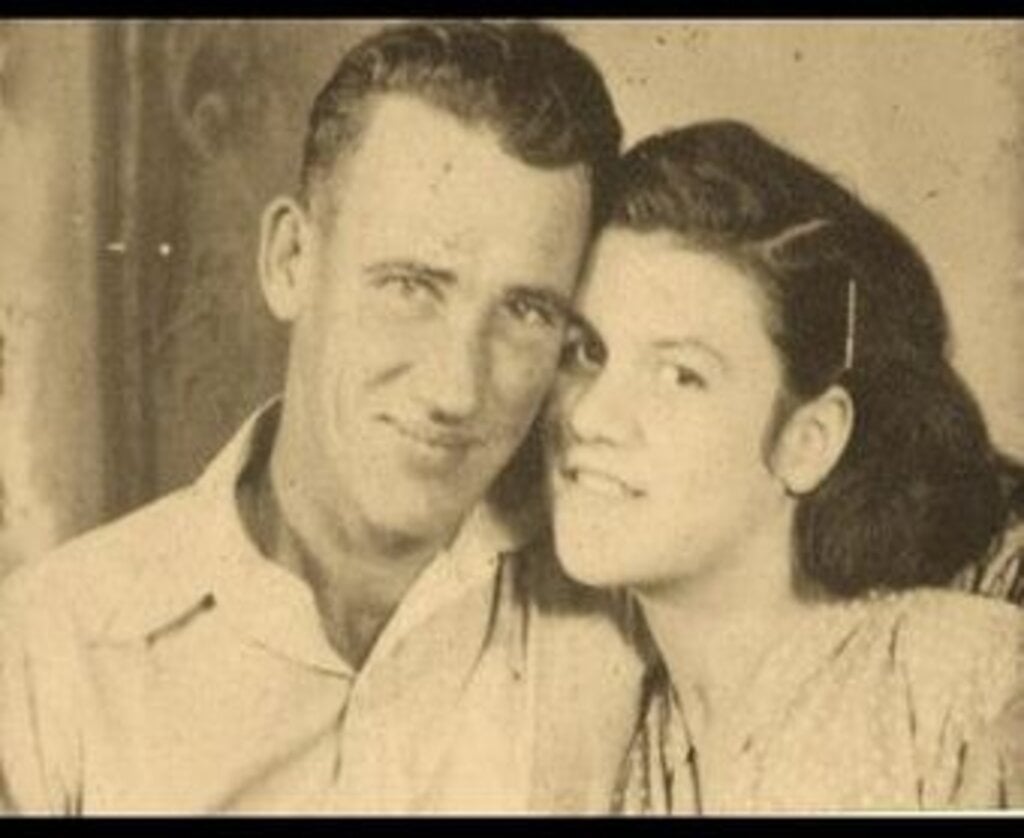 At the time of their sentencing, Ray and Faye Copeland were the oldest people ever sent to death row. Aged 76 and 69, the couple was convicted of committing five murders on their Missouri ranch in 1989.

Unique in their lack of a pathological drive, the couple appeared to have been motivated more so by sheer greed.

Ray Copeland was born on an Oklahoma dirt farm in 1914. He was one of many unlucky men forced to look for work around the Dust Bowl and during the Depression. Seemingly born with a knack for corruption, he turned to check fraud as a means of support. 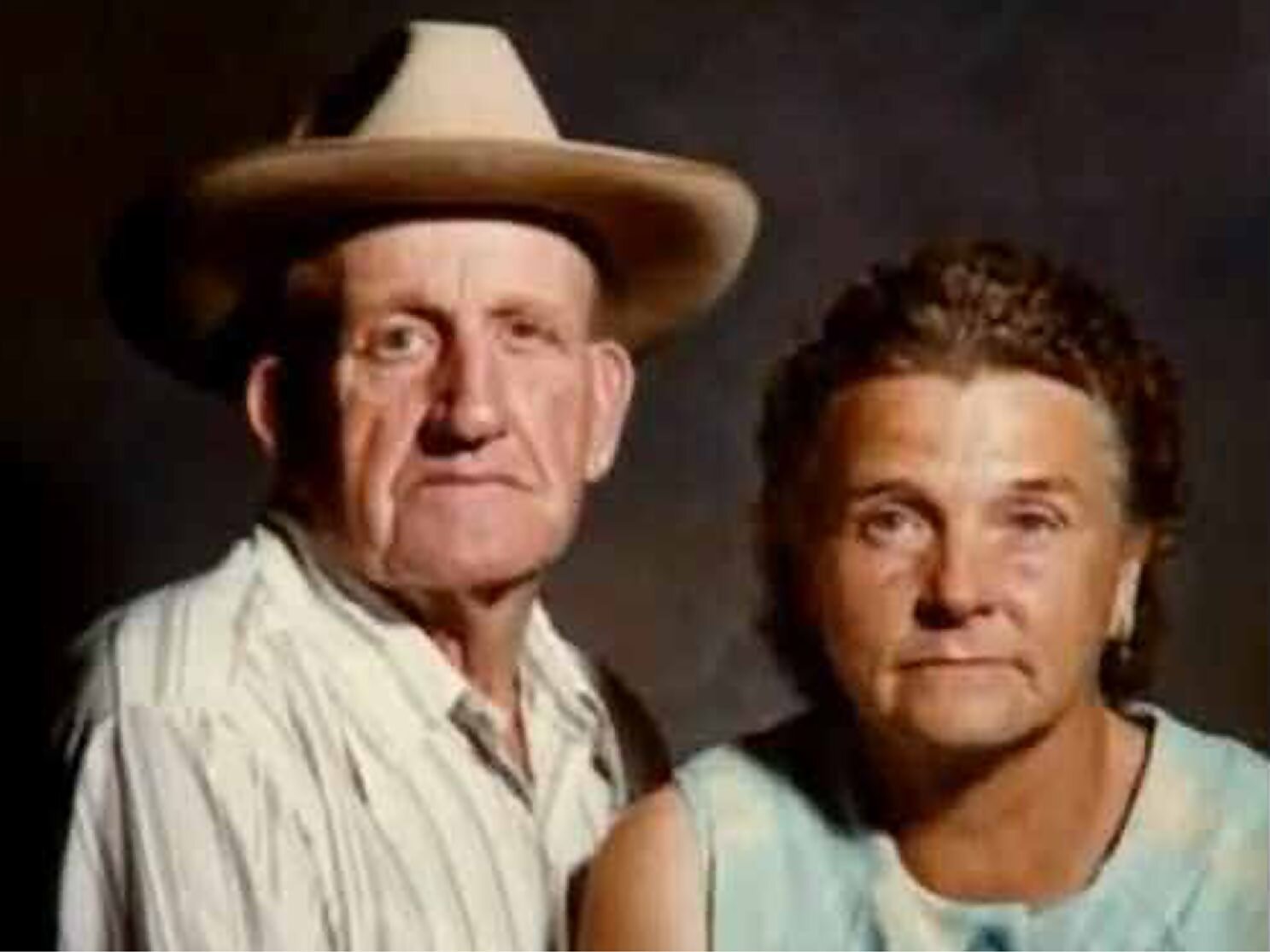 Eventually, Ray moved on to cattle rustling, buying animals with fraudulent checks and selling them for cash as quickly as possible—which sent him to jail multiple times during the 1950s and ‘60s.

Ray married Faye in 1940 and they spent much of their married life moving from place to place. Sometime in the 1970s or ‘80s, the couple figured out a way to “earn” money without living like fugitives.

By this point Ray was a known fraud who couldn’t sell his stolen cattle anymore, so instead he and Faye hired drifters to pass bad checks on their behalf, then proceed to take the cattle to the market. 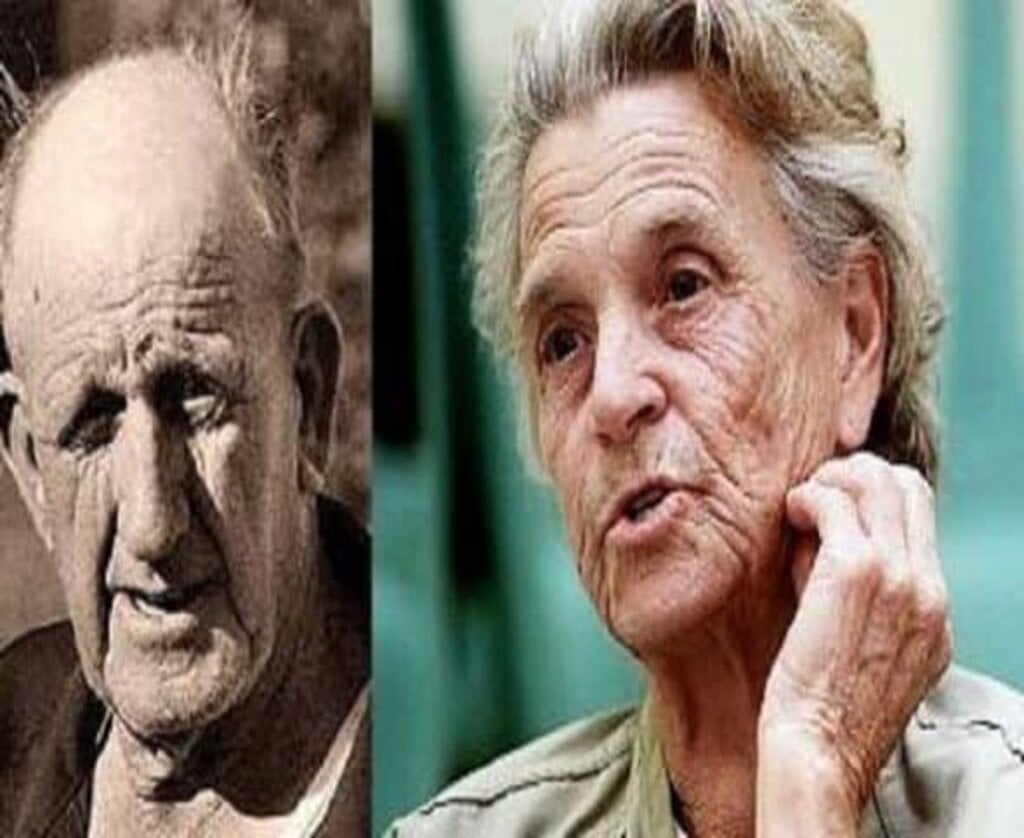 After the transaction, Ray shot the men with his Marlin .22 and buried the bodies in his barn. Meanwhile, Faye used scraps of the victims’ clothing to quilt. Bizarre.

In 1989, one of Ray and Faye Copeland’s employees reported seeing human bones on the property, and the couple was finally caught. Faye turned on her husband—who’s surprised—claiming to have spent 50 years as a battered victim. 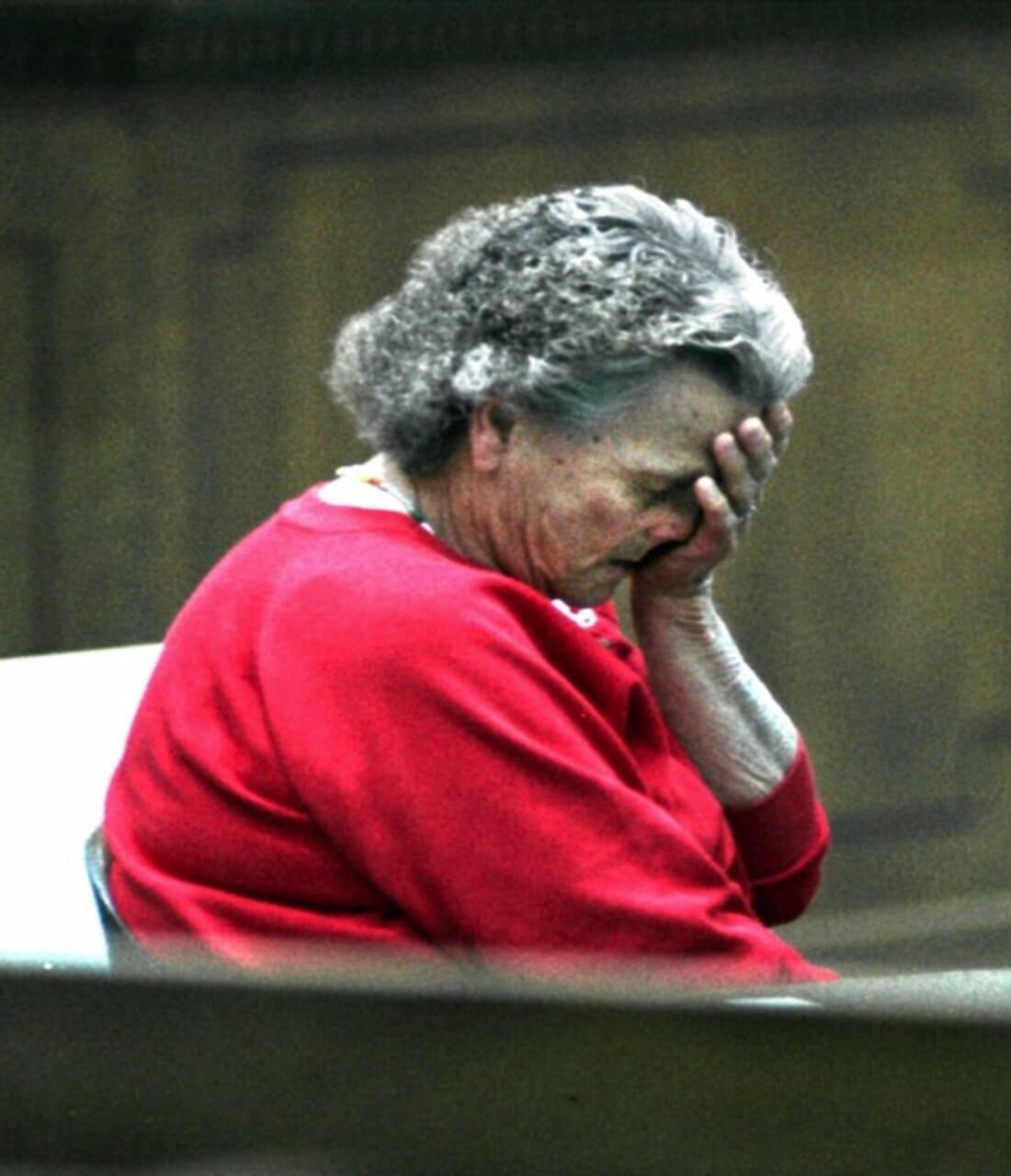 Fortunately, the jury wasn’t having it and sentenced both of them to death.

Ray died in 1993 of natural causes. Faye’s sentence was commuted to life in 1999. In 2002 she was paroled, but died in hospice shortly thereafter. 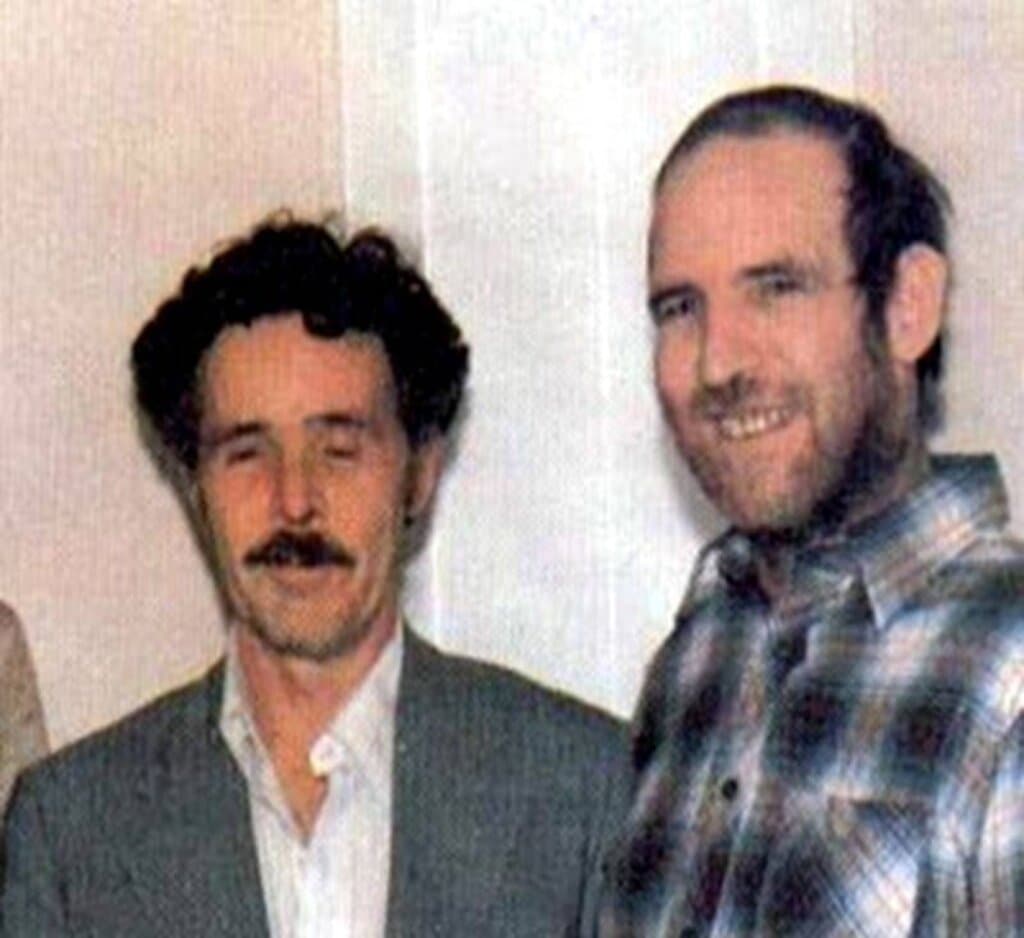 In a crime spree spanning nearly half of America, Henry Lucas and Ottis Toole traveled around murdering, raping, burning, and sometimes eating anyone who dared to tread their path.

Lucas and Toole both had childhoods filled with abuse, neglect, and rape from their families, and when the two men met in 1976 at a soup kitchen in Jacksonville, Florida, they immediately hit it off (in love and in cruelty).

Not long after Ottis and Henry met, the pair took off on a killing spree, covering 26 states. The couple attacked hitchhikers, migrant workers, and prostitutes—often killing them in cold blood. 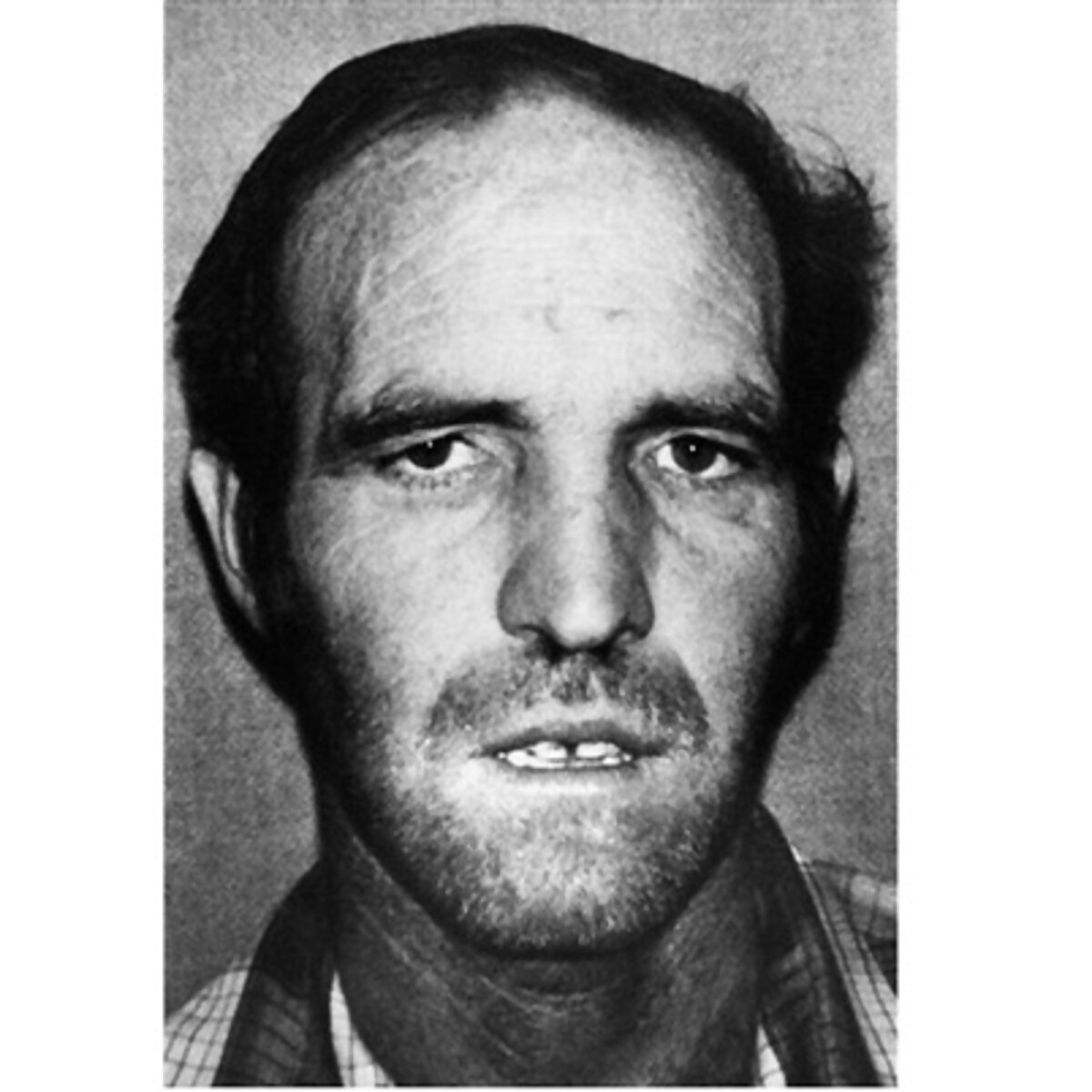 The lovers also sexually assaulted their victims before killing them, and once the act was through, mutilated the bodies beyond recognition. It’s been stated that Toole would cannibalize the bodies, further upping the yuck factor on this one.

Henry and Ottis’s stormy relationship came to an end when Henry was caught seeing Toole’s 12-year-old niece. So upset by the betrayal, Ottis (so he claims) killed nine people in pure rage. 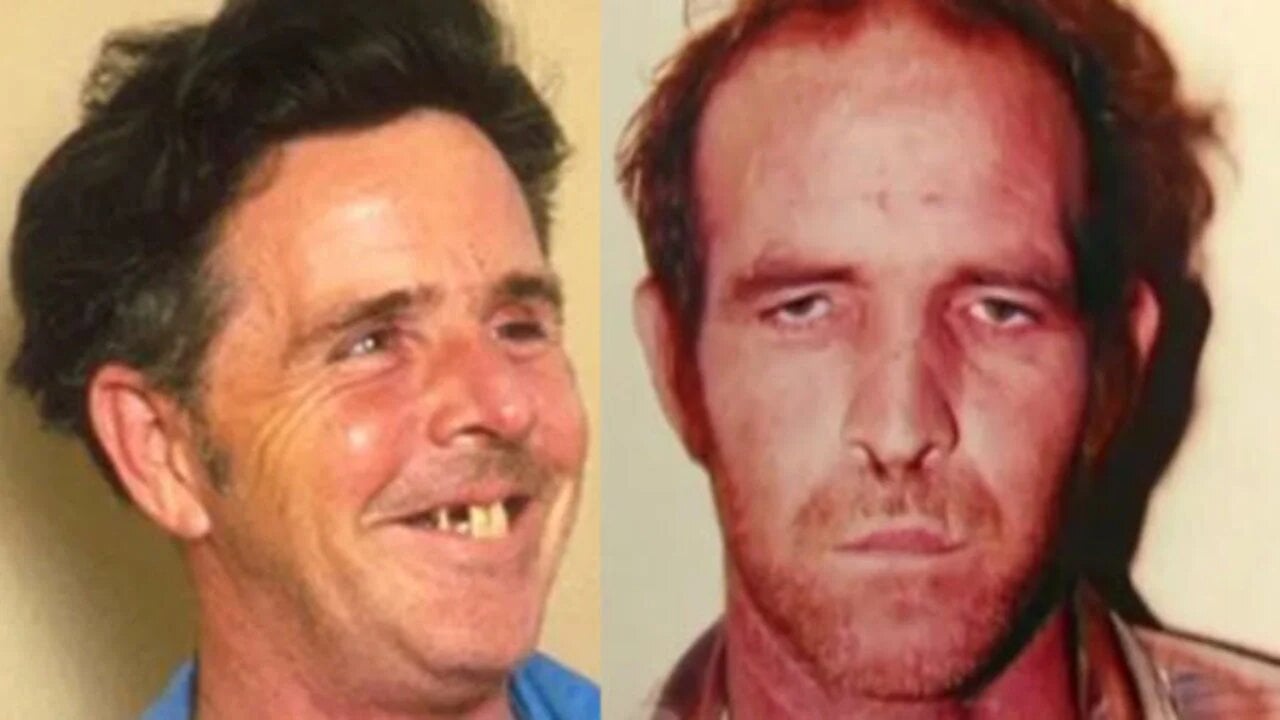 Henry Lucas eventually killed the 12-year-old, and he was arrested soon after. Ottis Toole was arrested in a separate incident where he burned a 64-year-old man alive.

The fractured couple took great pride in their kill count, with Lucas confessing he and Toole committed thousands of murders together, though Toole put the final body count somewhere around 108 people. 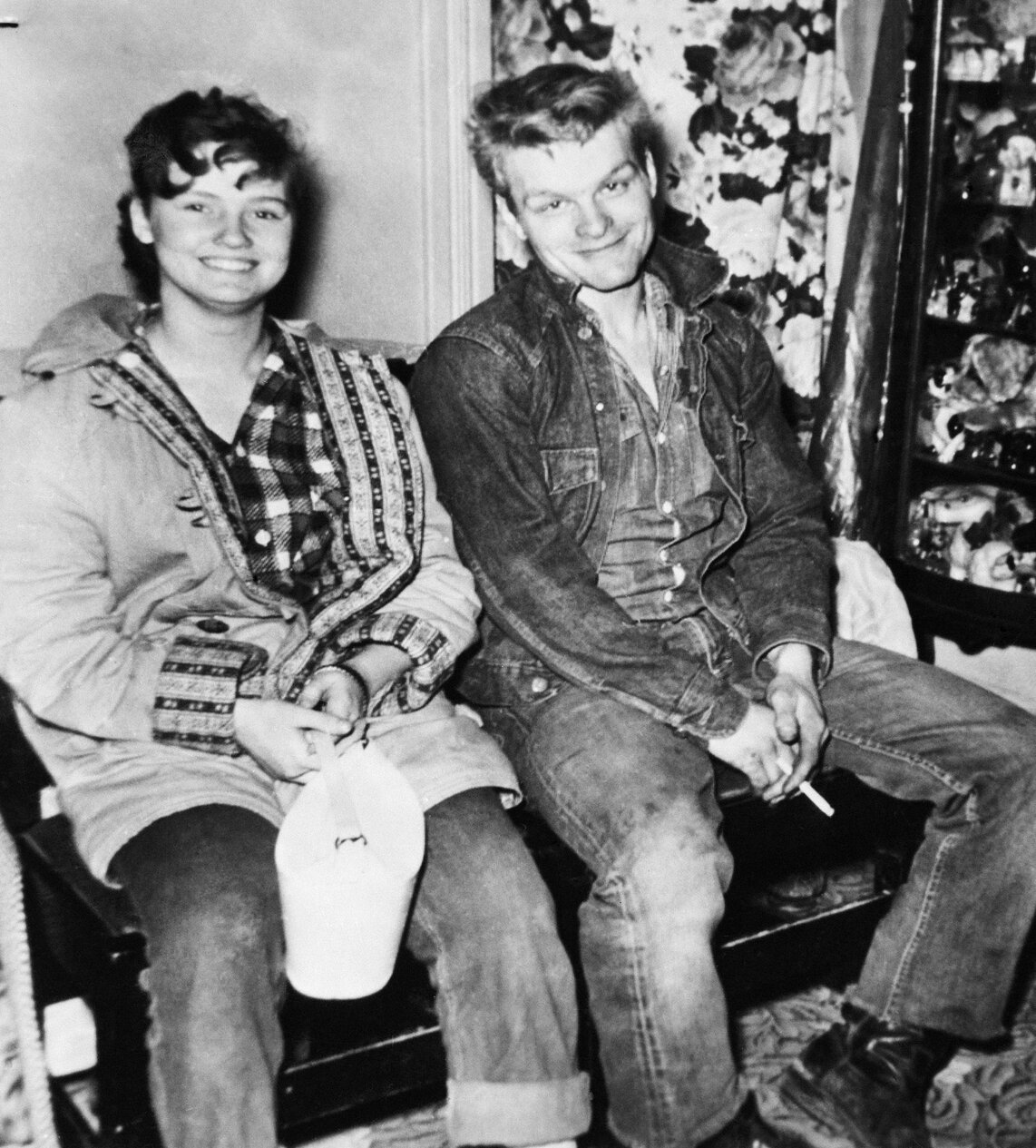 When she was just 13-years-old, Caril Ann Fugate met Charles Starkweather. Though he was five years her senior, Fugate was enamored by his charm. She soon became infatuated with Starkweather and began following him everywhere, including into a life of crime.

Before her descent, Fugate lived with her family in Lincoln, Nebraska. But not long after Fugate and Starkweather first met in 1956, Fugate came home to find her mother and stepfather killed—and Starkweather was the murderer.

Whether she was driven by fear or her own homicidal tendencies is unknown, but after Fugate came home and found her murdered parents, Starkweather killed her infant half-sister, hitting her over the head and stabbing her in the neck. 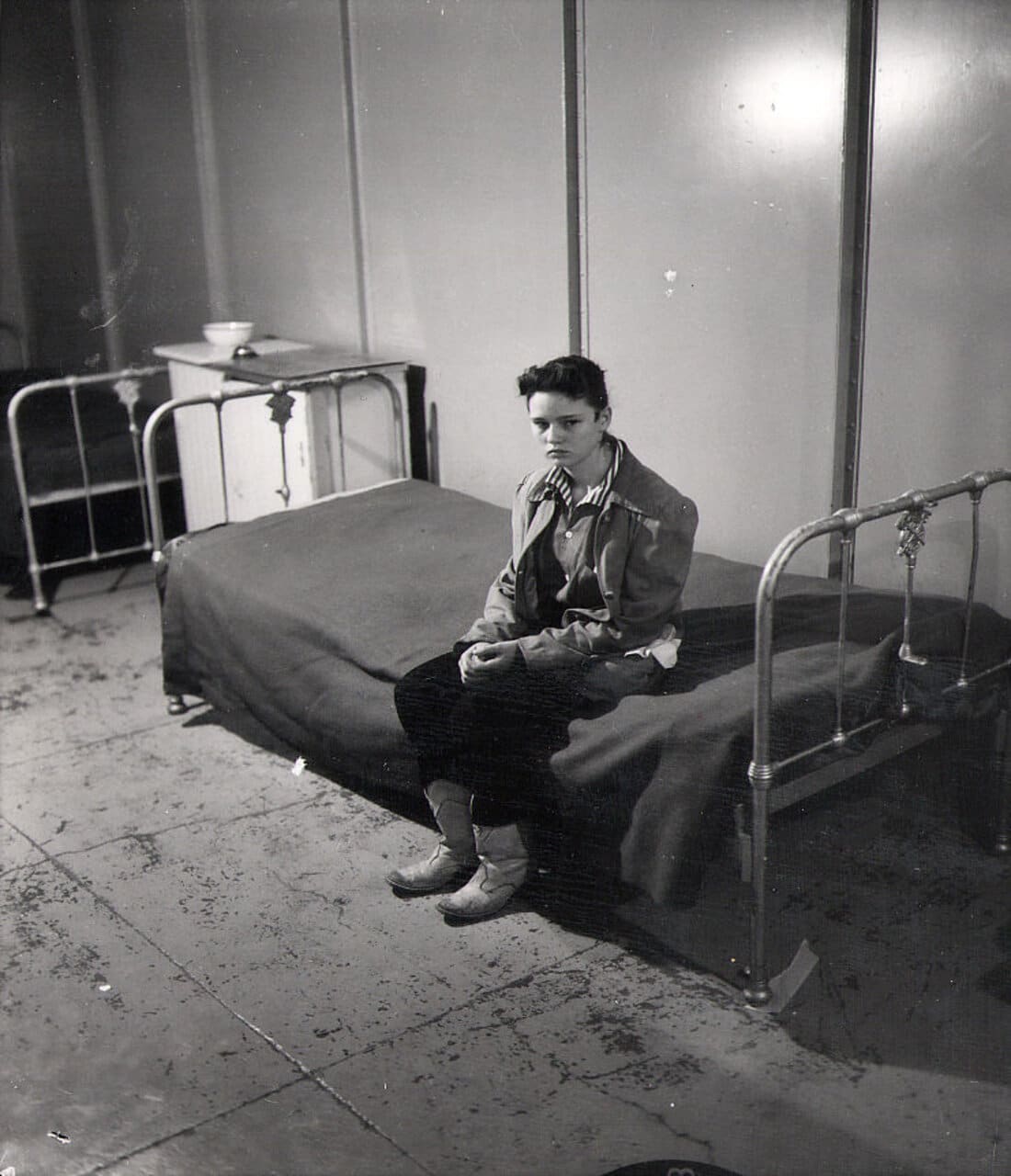 For the next several days, Fugate and Starkweather holed up in the home, refusing visitors and raising suspicions among Fugate’s extended family.

Six days later, the bodies of Fugate’s parents, Marion and Velda Bartlett, and their baby daughter were found in outbuildings of the Fugate property. Rather than come forward (as she was still innocent at the time) Fugate instead fled with Starkweather and drove from Nebraska to Wyoming.

Racking up the body count to six people along the way, Caril Ann Fugate and Charles Starkweather were eventually arrested in 1959—and they quickly turned on each other. 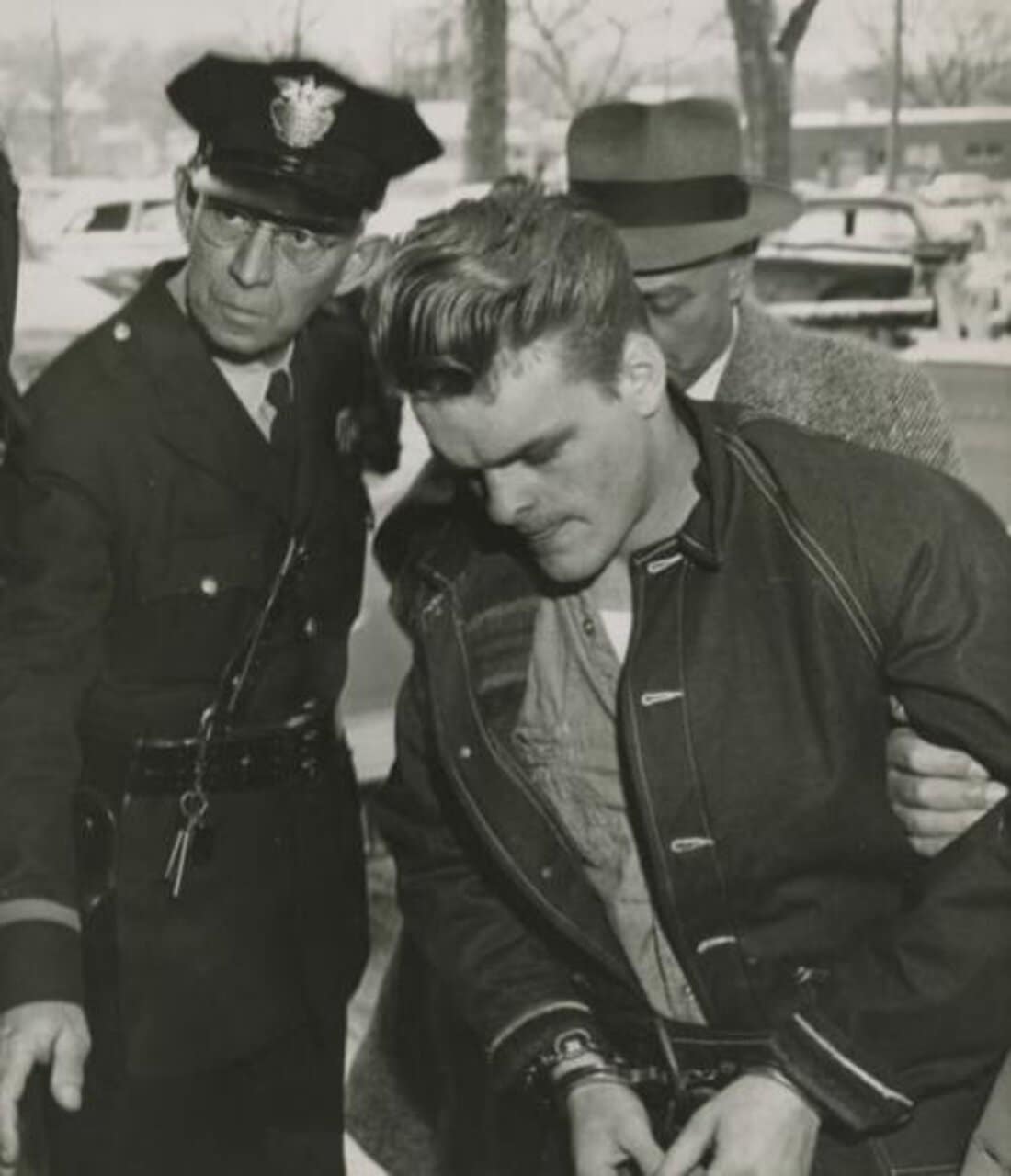 With much debate over how much Fugate participated in the murders, she maintained her innocence until the very end. Starkweather, alternatively, claimed that Fugate was as responsible as he was. 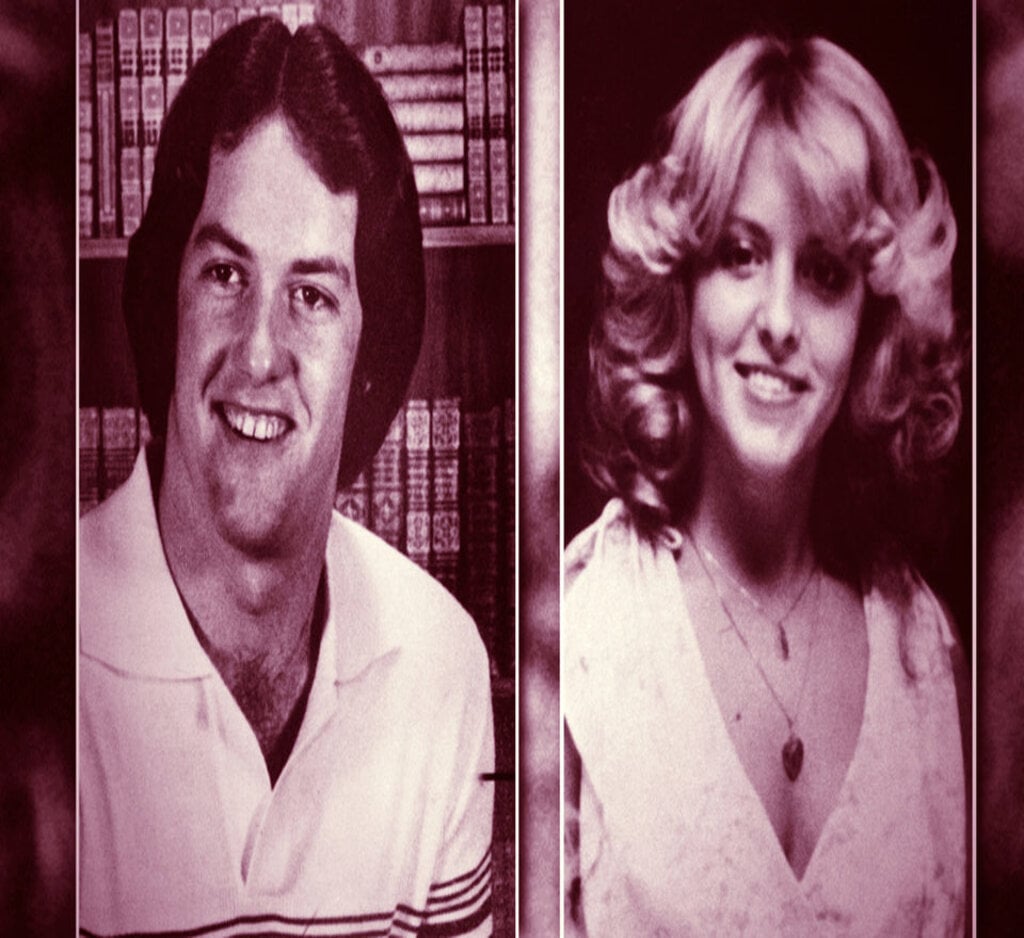 In a span of only two years, from 1978 to 1980, Sacramento couple Gerald and Charlene Gallego murdered at least ten young people, often two at a time. Their usual method was to pursue teenage girls at local malls, where Charlene would lure them into the couple’s van with promises of free marijuana.

Once in the van, the young women were confronted with Gerald, who forced them in the cargo area and bound them. The victims were driven to the countryside where they were unfailingly raped, beaten, and murdered, with their bodies later being dumped in locations ranging from the Sierras to the Nevada desert. 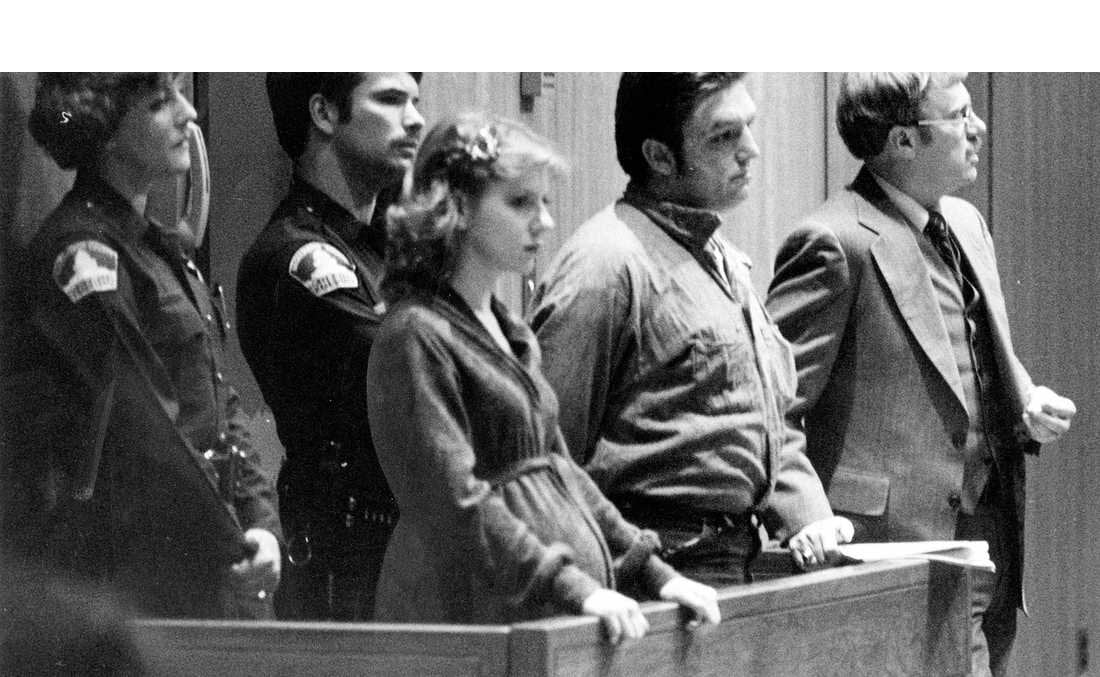 The last killings were of 22-year-old Craig Miller and 21-year-old Mary Elizabeth Sowers, who were kidnapped at gunpoint from the Arden Fair Mall. Gerald forced the couple into his van in plain sight of the victims’ friends—who thankfully caught his license plate number and alerted the police.

However, Gerald shot Craig right away, then he and Charlene took Mary to their apartment, where they raped and tortured her for several hours. They eventually shot her three times. 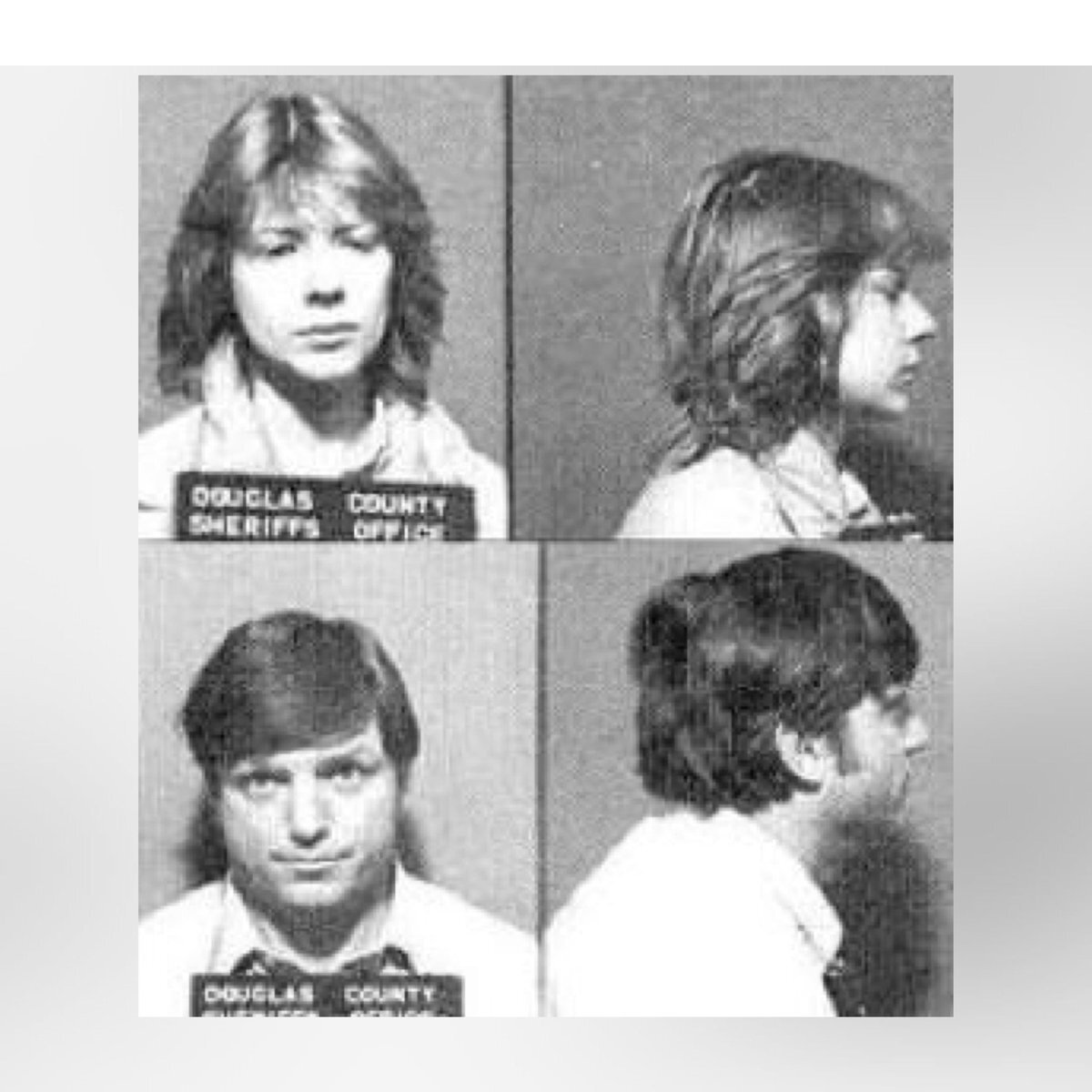 After their arrests, Charlene testified against Gerald, claiming that he was to blame for everything. Gerald was given the death penalty, but the sentence was later commuted to life in prison. He died of colorectal cancer in 2002.

Charlene served 16 years, claiming to have been an “innocent bystander” to Gerald’s crimes.