Pushing Daisies: Why these cancelled TV shows should replace ‘Roseanne’

Unless you’ve been hiding under a rock or enjoying a much-needed technology break during the past 24 hours, you will be aware that comedian Roseanne Barr has been lambasted after posting a sickening racist Tweet in which she likened former Barack Obama advisor Valerie Jarrett to an ape. She tweeted, “muslim brotherhood & planet of the apes had a baby=vj.” Amid the backlash, Roseanne apologized, claimed she was “leaving Twitter’, and has now bizarrely attempted to blame the whole thing on “Ambien Tweeting”.

That excuse is just not going to cut it and it would appear ABC – the network airing the Roseanne reboot – agrees. According to Deadline, after a delay of a few hours following the online rant, the network’s Entertainment President Channing Dungey announced that the comedian’s statements were “abhorrent, repugnant, and inconsistent with our values, and we have decided to cancel her show.”

We can only wonder why it’s only now ABC has hit the bottom-line bullet and cut the show from its slate – this isn’t the first time Barr’s posted abborrent messages on her feed. Regardless, the decision has been made, which now means the network has a gigantic hole in its 2018-2019 season Tuesday schedule. Amid the chaos, TV show veteran Bryan Fuller has piped up with a suggestion to ABC – replace the now-cancelled Roseanne with a resurrection of his much-loved yet short-lived quirky comedy Pushing Daisies. About a pie-maker (Lee Pace) who could resurrect the dead while solving murder mysteries with his childhood sweetheart (Anna Friel) and a dispirited private investigator (Chi McBride), the show was cut after just two seasons and has been called upon for a return ever since.

While the suggestion was somewhat tongue-in-cheek, it got us thinking about all the other great shows that were cut too soon (ones that definitely did not involve actors spewing filth on their Twitter feeds) that ABC could perhaps consider bringing back from a dormant rest to fill that Tuesday night slot. So ABC, if you’re reading this – here are some of the best short-lived shows that were cut too soon, all of which we think would make great replacements for Roseanne.

Sadly it was not a happy ending for this Chicago-set sitcom that followed the intertwined lives of six young urbanites trying to learn the ropes of adulthood. Despite a ferociously funny cast featuring Eliza Coupe (Future Man), Elisha Cuthbert (House of Wax), Damon Wayans Jr. (Let’s Be Cops), Casey Wilson (Gone Girl), Zachary Knighton (The Hitcher), and Adam Pally (Dirty Grandpa) and some original, sweet, and witty writing behind it, ABC cut Happy Endings after three glorious seasons – leaving us with little to no closure – and we’re still pretty butthurt about it. Perhaps it’s time for a revisit, ABC?

This neo-noir high-school thriller that saw Kristen Bell (The Good Place) as a snarky teen private investigator who, under the tutelage of her detective father, dedicates her life to cracking the toughest mysteries in the affluent town of Neptune, including the murder of her best friend Lily. While Veronica Mars enjoyed three incredible seasons, there were talks of a fourth in which Kristen Bell’s titular character joined the FBI, which is something we’ve been pining to see ever since it was announced.

The Carmichael Show was praised for confronting controversial hot topics such as Black Lives Matter, African-American literacy, and substance abuse among others, with a backdrop story that follows standup comedian Jerrod Carmichael as he navigates through life with his therapist in-training girlfriend and his heavily opinionated family. However, it was recently cut by NBC after just four seasons, something that entertainment president Jennifer Salke told reporters was a “hard decision”. If ABC’s looking for a family-based sitcom to replace Roseanne, it would seem The Carmichael Show would fit in nicely.

The classic nerd answer but we’re going for it regardless (probably because we are massive nerds), Joss Whedon’s (The Avengers) space-cowboy series set 500 years in the future in which Nathan Fillion (Santa Clarita Diet) played the eccentric and lovable Captain Mal Reynolds was an absolute sci-fi mashup delight. However, the episodes were aired out of sequence and the show subsequently lost viewers and was cancelled after just one season (much to the dismay of its dedicated fandom). Although Fillion himself has been pretty vocal about not wanting to resurrect his tight-panted character, we’re sure if he knew the future of TV was at stake he’d be willing to jump back on board Serenity for one last round. We can but hope.

We’ve been hearing about a Deadwood revival for so long that we take any announcement about a potential movie project with a grain of South Dakota sand. As one of HBO’s most shining gems, the show featured a stunning ensemble cast including Timothy Olyphant (Justified), Ian McShane (American Gods), and Molly Parker (Lost in Space), presenting a vulgar, gritty take on the Old West that was packed full of dynamite storytelling. The dark genius of Deadwood is a rare find, making its cancellation back in 2008 all the more heartbreaking. It’s a stretch, but we sure would love to journey back to the corrupt South Dakota town for at least one more season.

On his 21st birthday, Sam (Bret Harrison) discovers his parents sold his soul to the devil before birth and he must now be a bounty hunter for the fallen angel until he dies. With Beelzebub himself played by none other than Ray “Leland Palmer” Wise, it’s beggar belief why this show was cancelled after just two seasons. Needless to say, we’d be more than delighted to toast our tootsies with another season from this fiery fixture.

It would appear 2014-15 was the year for failed sitcoms, but none of them hurt so much as the cancellation of the unfortunately-titled Selfie from Emily Kapnek (Suburgatory). The story centers on Eliza Dooley (Karen Gillan) who after being the subject of an embarrassing viral video, enlists the help of a marketing expert to revamp her image in the real world. Despite the palpable chemistry between its two leads – Gillan & John Cho (Star Trek) – and some well-crafted storylines, ABC cut the show short at six episodes, giving it no real time to even pick up creative momentum. We’d welcome a refresh with open arms and our iPhones at the ready.

Created by Paul Feig (The Heat) and executive-produced by Judd Apatow (The 40-Year-Old Virgin), the cult comedy took us back to the 80s, to a high school where two very different sets of teenagers existed. Chronicling the typical teen turmoils – acceptance, drugs, drinking, and bullying – the show is well-remembered for its distinctive tone as well as launching the careers of James Franco (The Disaster Artist), Jason Segel (Forgetting Sarah Marshall), and Seth Rogen (Pineapple Express). It’s also well-remembered for giving us just one measly (albeit fantastic) season, which is like giving a sugar junkie a Reese’s Peanut Butter Krispy Kreme donut and then shutting down the bakery for good. We want more.

Enlightened was a thought-provoking exploration into the character of co-creator and star Laura Dern (Jurassic Park) as a woman on the verge of a mental breakthrough. Following a terrifying yet relatable meltdown at work, Dern’s character Amy experiences a spiritual awakening, where she discovers a newfound determination to live an enlightened life despite the many pitfalls that come with it. Her character was flawless because of her flawlessness, while the storylines were both fun and moving. So of course HBO axed it after just two critically-acclaimed seasons.

We’ve been talking about a reboot of Nahnatchka Khan’s campy acerbic sitcom for quite some time now and we think it’s about the right moment for ABC to step in and give it another season. Starring Krysten Ritter (Jessica Jones) as a New York party girl, Dreama Walker (Gran Torino) as the naive roommate, Eric André (The Eric Andre Show) as a timid barista, and James Van Der Beek (Dawson’s Creek) as himself, the show was packed with a witty dark humor that seems to be lacking in so many modern sitcoms. We’d love to rejoin Chloe’s clique for another round of cocktails and pap time. 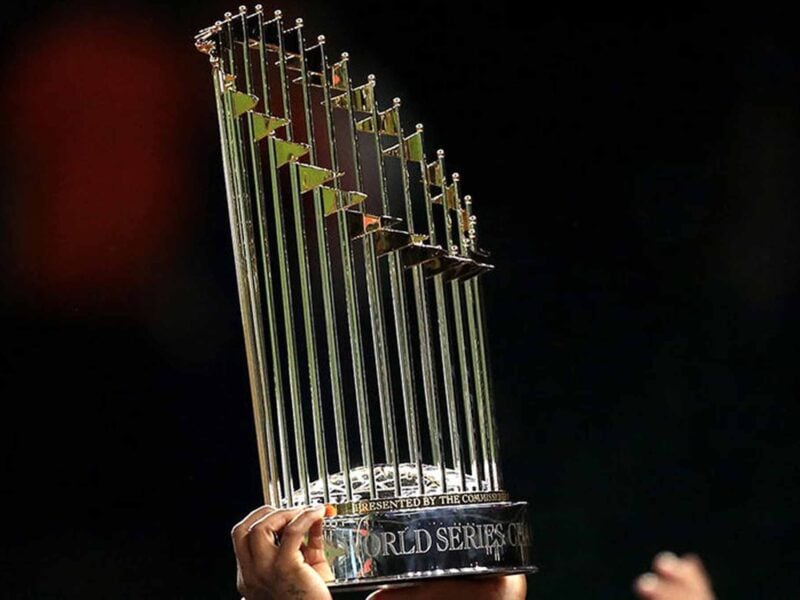 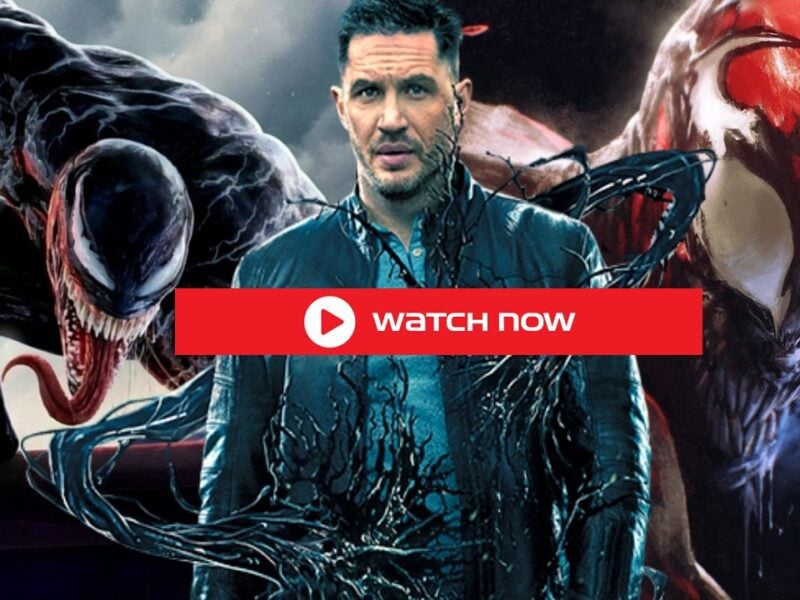 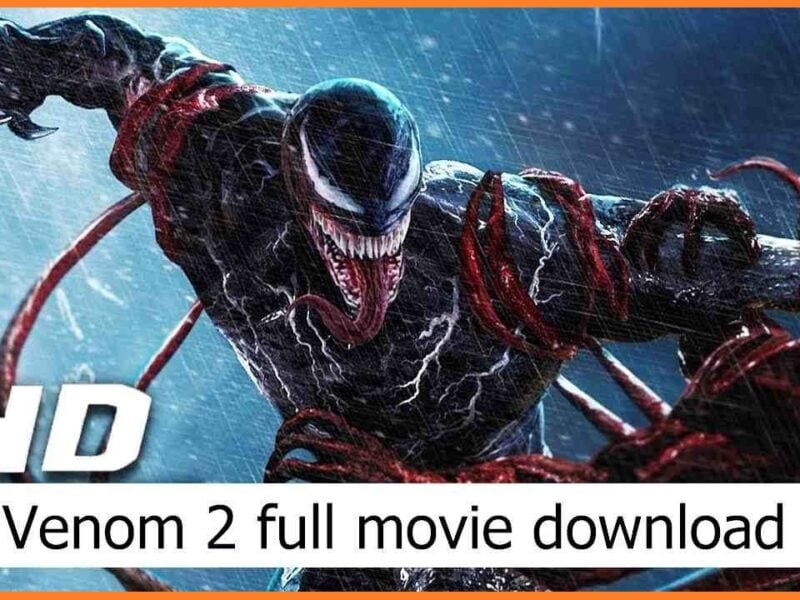 Where to watch ‘Venom 2’ streaming online free At home