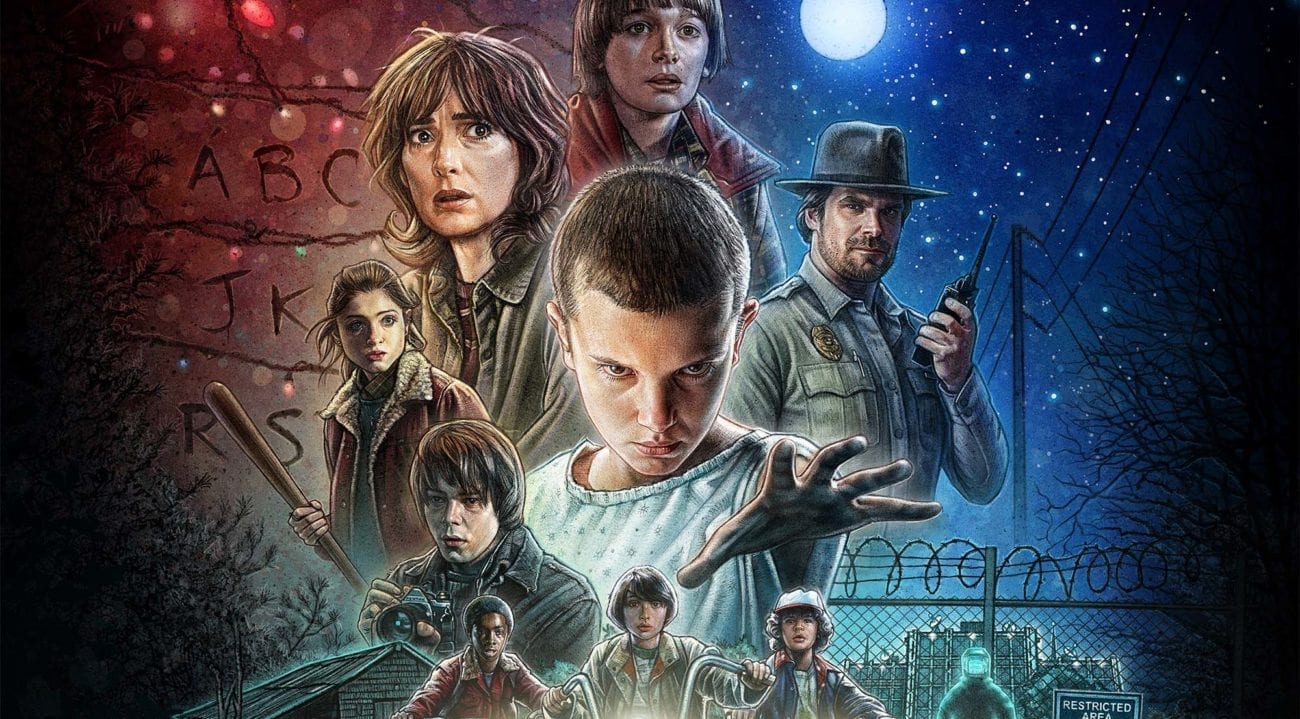 Yass ‘Queer Eye’! All the Netflix shows nominated for Emmys this year

The Emmy nominations are here and they’re just as disappointing as ever! Just kidding (sorta) – the nominations actually feature some incredibly well deserved nods to some incredible TV shows and great talent in front of and behind the camera, even if there are numerous notable absences from the list. Netflix did incredibly well this year, dominating the list with 112 Emmy nominations across various categories – it even received more than HBO! –  and we have some feelings about it all. Here are all the Netflix shows that were nominated for Emmys this year, served up with a side of shade and analysis.

Tina Fey’s shiny, happy dark sitcom is nominated for Best Comedy with actor Tituss Burgess (who plays Titus Andromedon in the show) also receiving a nod in the supporting actor in comedy category.

Somehow we expected a little more for everyone’s fave wrestling dramedy, but at least it received some acknowledgment. As well as being nominated for Best Comedy, Liberty Belle herself Betty Gilpin is nominated for Best Comedy Supporting Actress, with Jesse Peretz nominated in the category of Directing For a Comedy Series for his exceptional work on the pilot episode of the show.

The British royal family drama has dominated the Emmys with a tasty nomination for Best Drama and a whole royal flush of nominations for its stars. Claire Foy (Unsane) is nominated for Best Actress in a Drama while Vanessa Kirby (About Time) and Matt Smith (Doctor Who) have received nominations for their supporting roles.

Meanwhile, the ever exceptional Matthew Goode (Stoker) is recognized in the Guest Actor in a Drama category for his standout performance as Lord Snowdon. The jewel on the top of this shining crown of nominations is a Directing For a Drama Series nod for Stephen Daldry for his work on the episode “Paterfamilias”.

Yass honey! The Fab Five are serving that shiny reality TV prestige realness in the category of Structured Reality Program and we can only hope Antoni Porowski serves everyone a yoghurt-based avocado dip with some random veggies to celebrate.

Considering that Twin Peaks: The Return didn’t receive a nomination for Best Drama, we’re a little surprised to see Stranger Things enjoying a nomination in the category instead. Though we enjoyed S2 a great deal, it wasn’t a patch on the first season and didn’t quite stand up against many shows similar to it in the past year. Regardless, we’re happy to see Millie Bobby Brown (Intruders) and David Harbour (Hellboy) nominated for their supporting roles in the show, along with the Duffer Brothers who were nominated for their directing skills for the episode “Chapter Nine: The Gate”.

As well as enjoying a nomination for Best Limited Series, the tenacious feminist Western has also picked up a number of other nods for the cast and showrunner. Michelle Dockery (Anna Karenina) is rightly nominated in the Best Actress in a Limited Series or TV Movie category, with Merritt Wever (Signs) and Jeff Daniels (The Squid and the Whale) both nominated for their powerhouse supporting roles. Meanwhile, showrunner Scott Frank (Logan) was nominated for both his writing and directing in the limited series.

One of the best comedies on TV only received one Emmy nomination? Seriously?! We’re pissed about this one, but we’re happy that the extraordinarily funny (and occasionally heartbreaking) performance by Lily Tomlin has been recognized in the category for best comedy actress. We just wish – at the very least – June Diane Raphael had also received a nomination for Best Supporting Actress in her supremely hilarious role as Grace’s (Jane Fonda) daughter, Brianna.

Probably one of the most underrated Netflix Originals of the past twelve months, Regina King’s devastating and tense performance as a heartbroken mother more than deserves her nomination for Best Actress in a Limited Series.

Easily one of the creepiest performances of the year came courtesy of Jesse Plemons in Black Mirror, so his nomination in the category of Best Actor in a Limited Series (for “USS Callister”) is hugely deserved. As is Letitia Wright’s nomination for Supporting Actress in a Limited Series for her ferocious performance in “Black Museum”. “USS Callister” also received a nom in the awkwardly titled category of Television Movie, with William Bridges and Charlie Brooker also receiving nominations for their writing in the episode.

We’re not going to prattle on about how David Fincher’s Mindhunter deserves more than just one nomination – at least not here. But we’re beyond glad to at least see that Cameron Britton has received a nomination for Guest Actor in a Drama for his jaw-droppingly eerie performance as serial killer Ed Kemper. The performance is easily one of the best of the entire year and Britton deserves to win that damn trophy for it.

The Duplass Brothers’ docuseries is one of the most compelling and intricate Netflix Originals shows to have ever landed on the streaming service, making it more than worthy of its nomination in the category of Outstanding Documentary or Nonfiction Series.