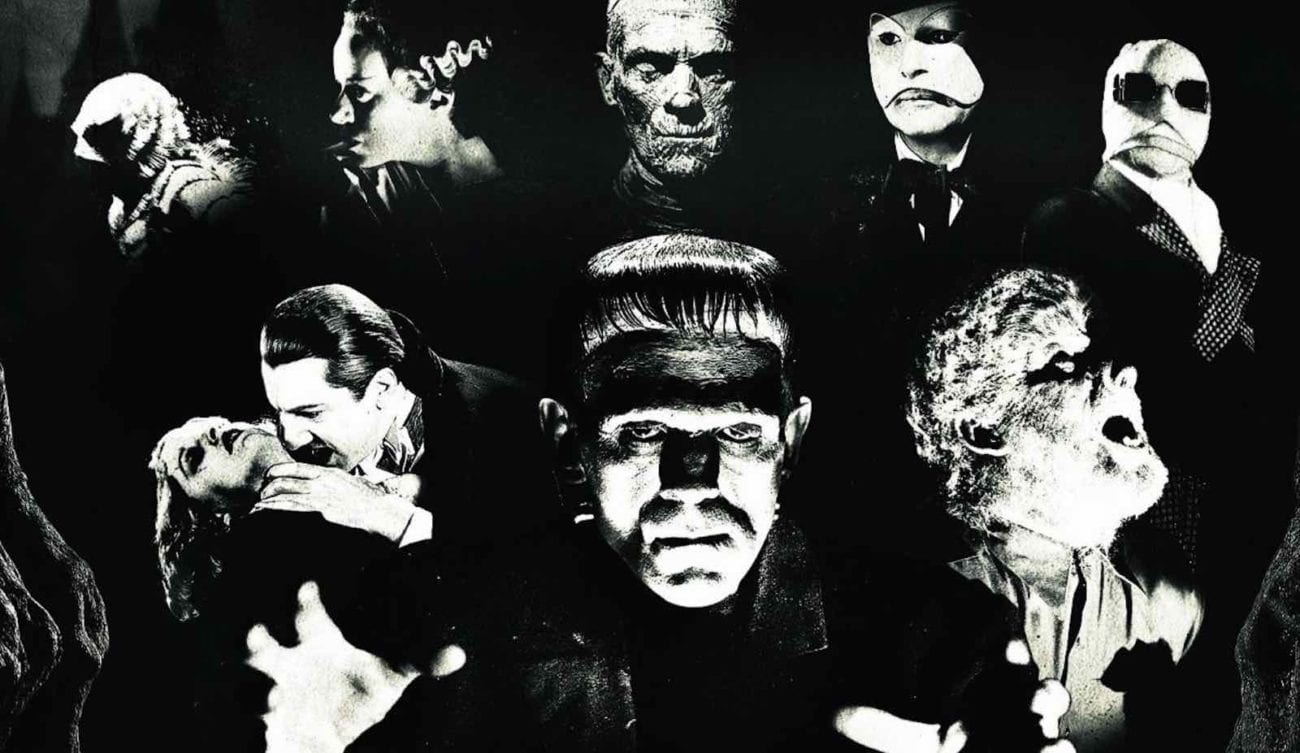 How movie monsters have changed over the years

It’s that lovely, spooky time of year again, during which monsters mash and creatures of the night creep out of their hiding places. People gather to watch the classic monsters that send chills down their spines. But times change, and so have the monsters we know. The question is: have monsters changed for the better? 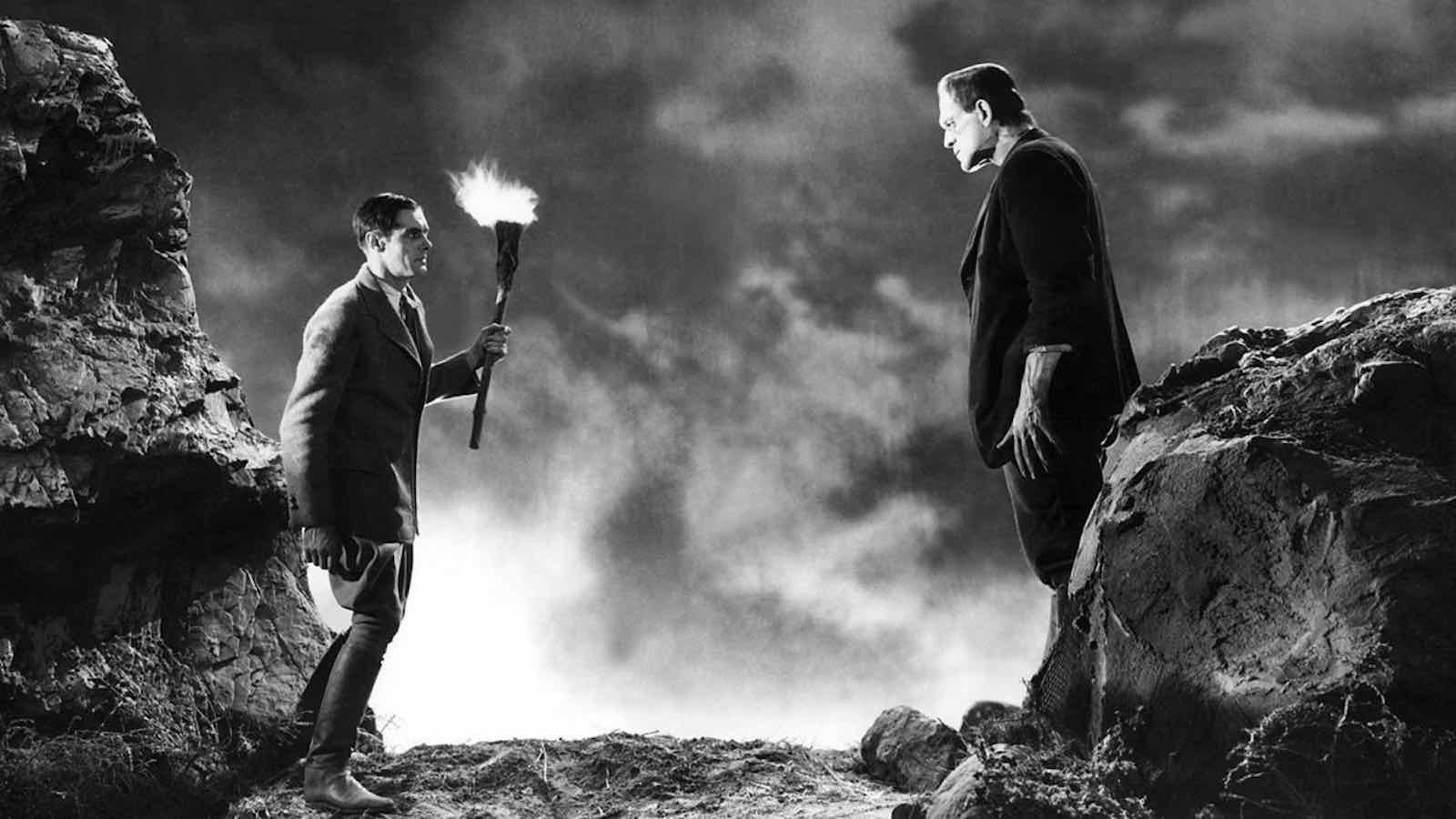 This old gothic tale of a man who tries to play God has sparked in our imaginations ever since Mary Shelley put pen to paper. Many movies have attempted to capture the horror, with 1931’s Frankenstein giving us the iconic line “It’s aliiiiiiive!”.

Earlier films stayed true to the source material (albeit with some changes to the monster design and a few campier lines), capturing the thought-provoking ideas within the terrifying tale while keeping everyone equal parts guilty and guiltless. Other early adaptations such as Bride of Frankenstein gave us some new ideas to play with by bringing a new character into the mix.

However, the more recent adaptations and reimagings of Frankenstein have fallen flat in spine-tingling scares and intriguing moral questions. 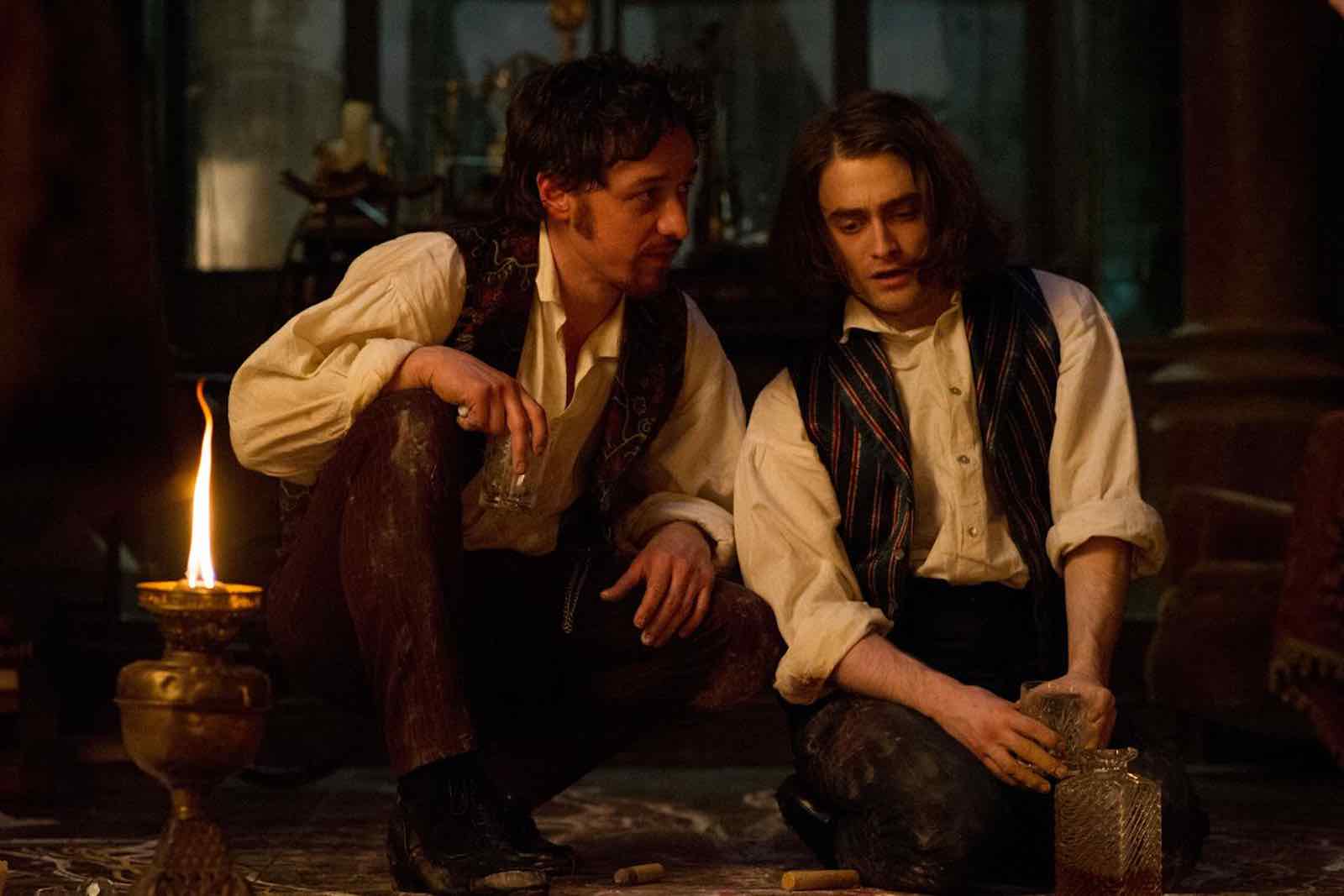 I, Frankenstein (2014) reimagines the story of Frankenstein launched into modern day, but cuts the morality tale down to a simplistic monster vs. monster action flick. The blockbuster uses the Godzilla formula in a thin attempt at creating a hit while leaving out or utterly blowing the larger questions that make the story timeless.

Victor Frankenstein (2015) gives us more insight into what went through the mind of the monster’s creator, but makes him less a dumb college student who messed up and more a megalomaniac who dragged poor Igor along for the ride, destroying any sympathy for the Victor.

Victor Frankenstein also barely portrays his monster, perhaps playing with the old Lovecraftian idea of the unknown being scariest – but the film completely flubs it with an almost shapeless monster design. These two and other more modern adaptations have left Shelley’s Frankenstein story dead on arrival, yet the monster still lives on to haunt our minds with each strike of lightning. 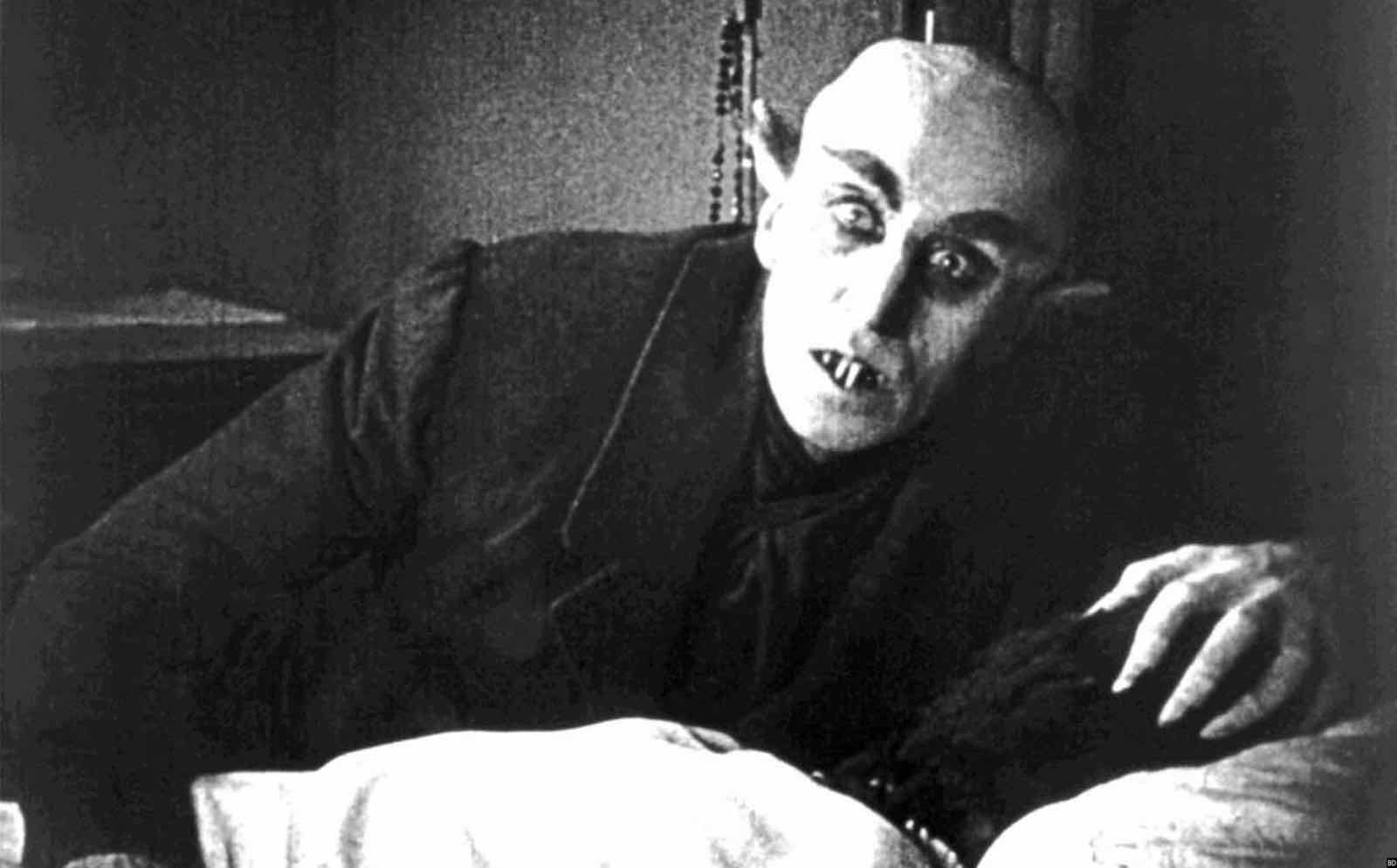 Vampires have been around a lot longer than Frankenstein (a product of modern science, after all), with the classic novel by Bram Stoker, Dracula, expertly portraying the blood-drinking nobleman. Many love the trend of beautiful undead beings either fighting against werewolves or among themselves.

Some vampires are even kind to humans and fall in love with them (cough Twilight cough). Other stories make us see past the pale skin and blood quaffing into the tortured, addicted spirit beneath, such as the cult classic Interview with a Vampire. 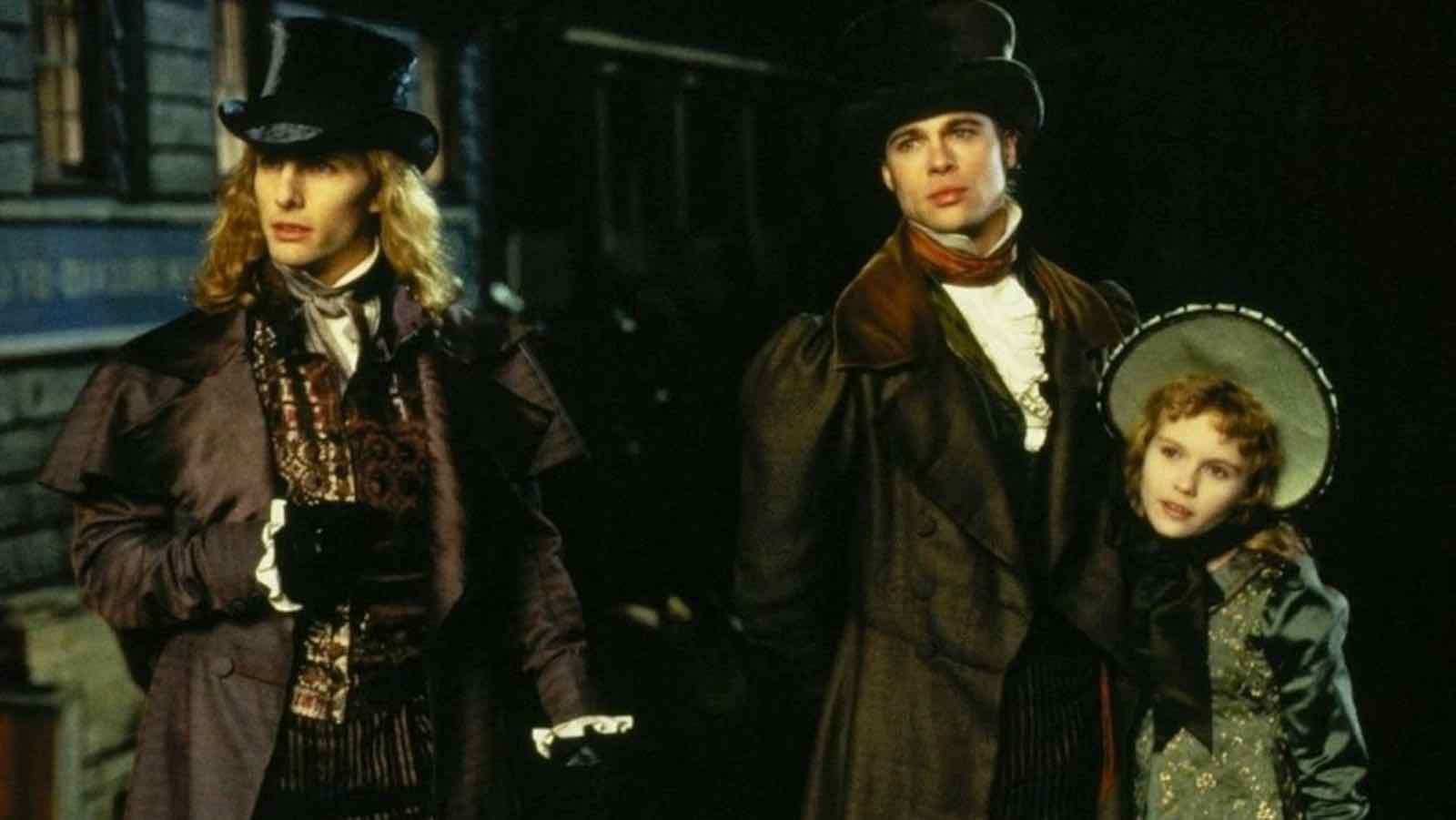 Early vampires on film such as the classic Nosferatu (1922) and Dracula (1931) were ugly monsters, but that shifted over time to stories that made us wonder: what would it be like to extend life into undeath? Would it be worth it? Could we still feel love, compassion, hope? Would we be willing to fight the good fight, if asked?

While some films do these ideas more justice than others, the fact that these creatures have grown so much despite their extended living death is impressive to say the least. The fact that they inadvertently helped their common foes, the werewolf, do the same is irony in its highest form. 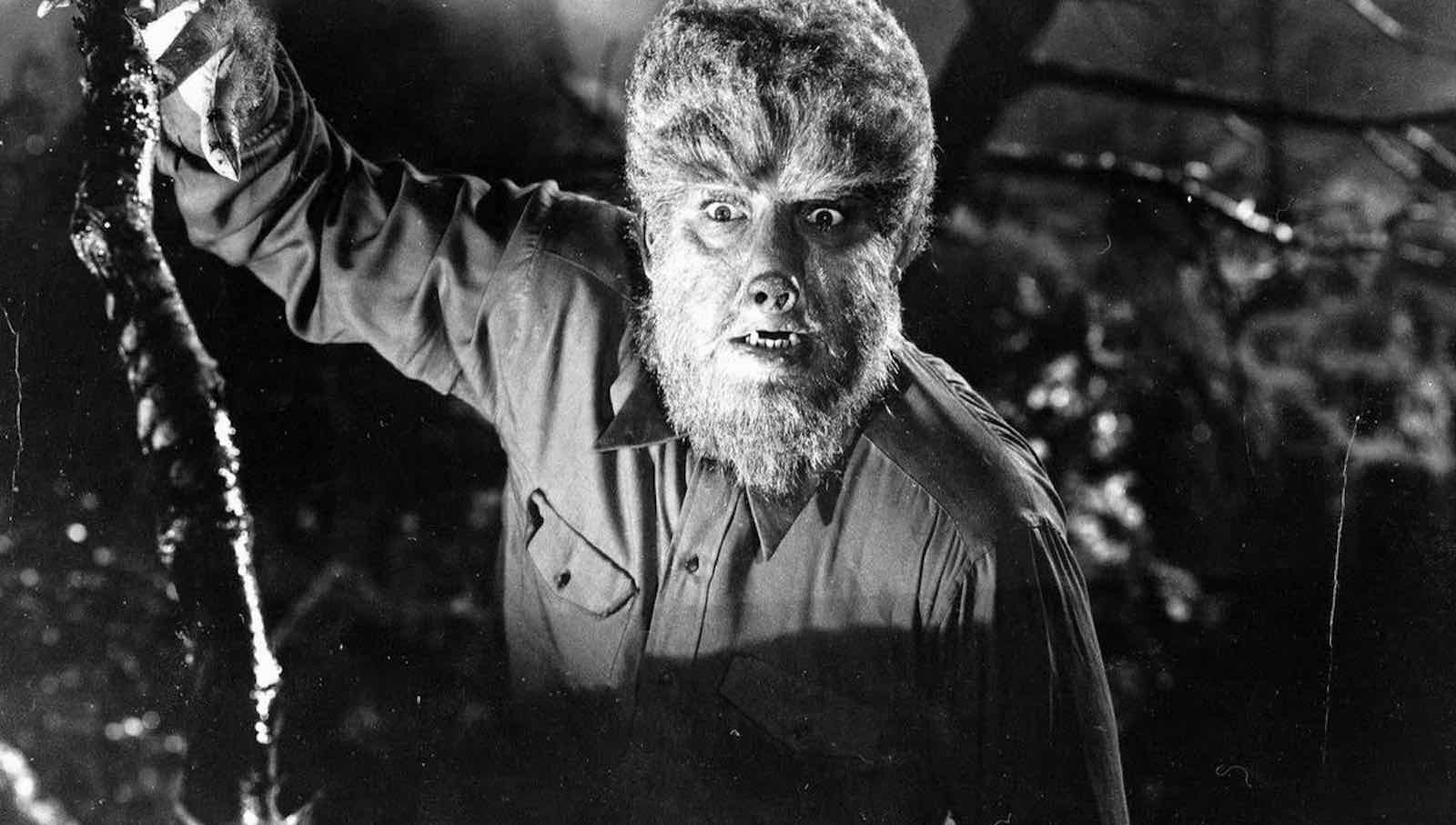 Werewolves derive their history from mythology and lore. Ireland, England, Germany, Scotland: the list goes on where the furry lycanthropes have their roots. While vampires existed in folklore as well, many see the 1897 gothic horror novel Dracula as the hitchhiker’s guide to the undead.

Early films, such as 1941’s The Wolfman, paint werewolves as mindless beasts chained to the moon. They depict the wolf’s plight as a curse, forever a monster destined to kill friends and family.

Later films have been kinder to the shapeshifters. One notable example is, of all things, the Harry Potter franchise, with audience favorite Professor Lupin. (One wonders at the coincidence of his name’s meaning, given he wasn’t born with the condition.) The kind professor and other werewolves, like many vampires, who grace the silver screen of late are more human. We see their struggle with the beast within, and sometimes they ultimately make peace with it.

Other films playing on this theme are Blood and Chocolate (2007), Red Riding Hood (2011), An American Werewolf in London (1981), etc. They let us see past the fur and ask just how strong someone has to be to tackle inner demons when they manifest with razor-sharp claws & fangs.

Of course, werewolves also feature often as the main force against vampires (because who else can take these guys on), making their abilities weaponry in protracted interspecies wars. The Underworld film series plays with that particular concept quite a bit, with varying degrees of success.

These beasts of burden have had as much time to grow as their undead companions, giving us richer stories to tell on a full moon night. 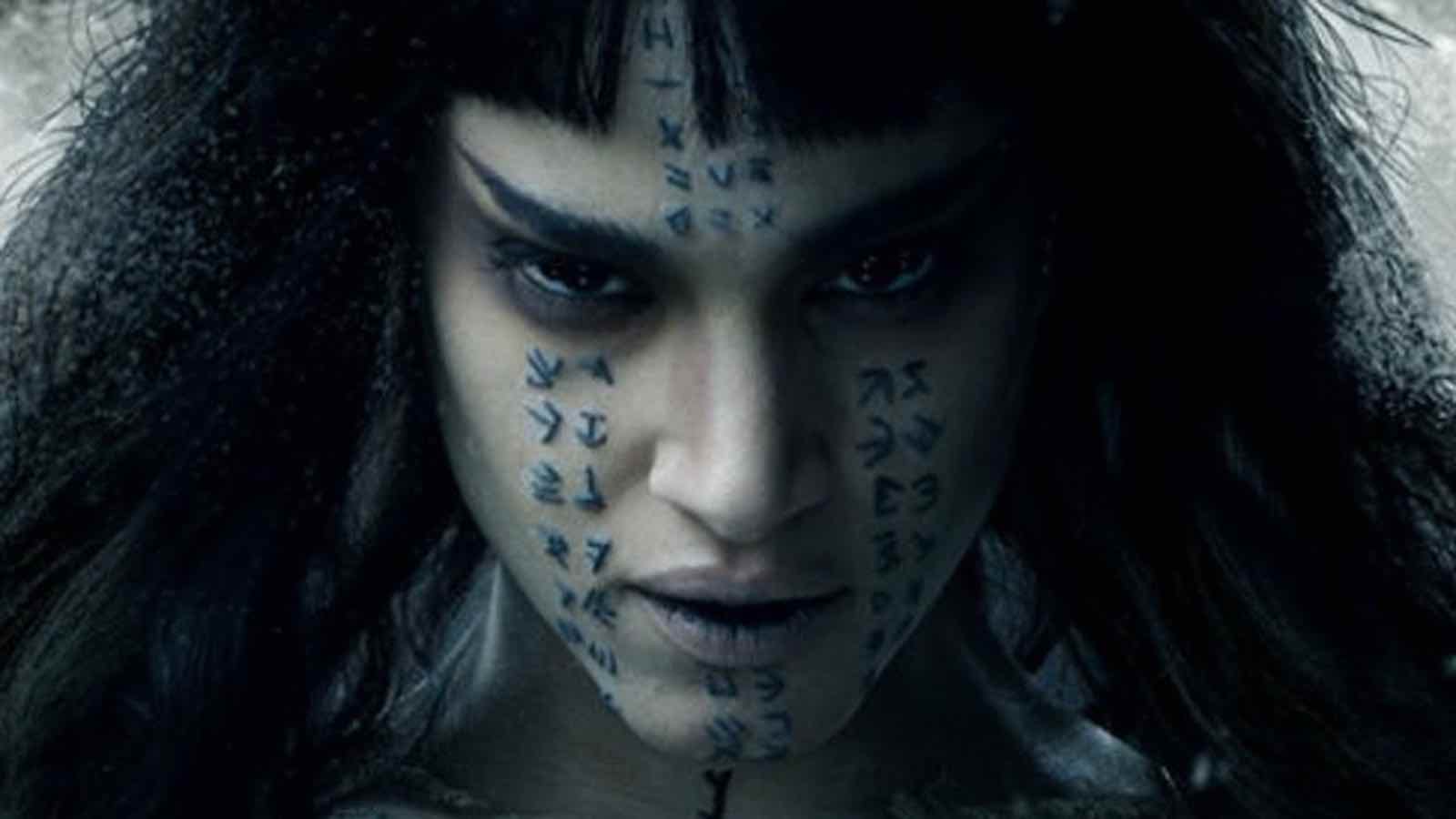 Much like werewolves, mummies have their roots in ancient tradition. Of course, the ancient Egyptians probably never expected their wrapped deceased to rise again after the mummification process (except to ascend to the Halls of Amenti in spirit form).

Mummy films explore similar tropes to their zombie cousins: mindless beings awakened by an ancient curse (or a science experiment gone wrong) and must be put to rest again. The mummy theme is straightforward idea that leaves little room for growth, and it shows. Unlike other monsters, the mummy does not get the chance to shift into something more complex.

Mummies are usually the antagonist that must be slayed, an abomination that cannot grow. Unlike zombies, usually not that friendly but who recently sometimes get the chance to be more than brain-eating beasts (such as in Dylan Dog: Dead of Night (2010) or the TV show iZombie (2015-19).

In the Brendan Fraser franchise The Mummy, the ancient creature is out to destroy the modern world with his undead army and is put back to sleep by the end.

Of course, trying to bring depth to mummies has proven somewhat difficult, as seen by the recent The Mummy (2017). That attempt at making the undead creature new went poorly for all involved due to a script that focused on moving the plot along rather than telling a complete story with rich detail.

It seems the mummy’s true potential still remains unrealized potential. We suggest finding inspiration in the “lich” from Dungeons & Dragons, an evil wizard that possesses a similar look to a mummy but who retains its mind and memories in undeath, making for a far more interesting antagonist. 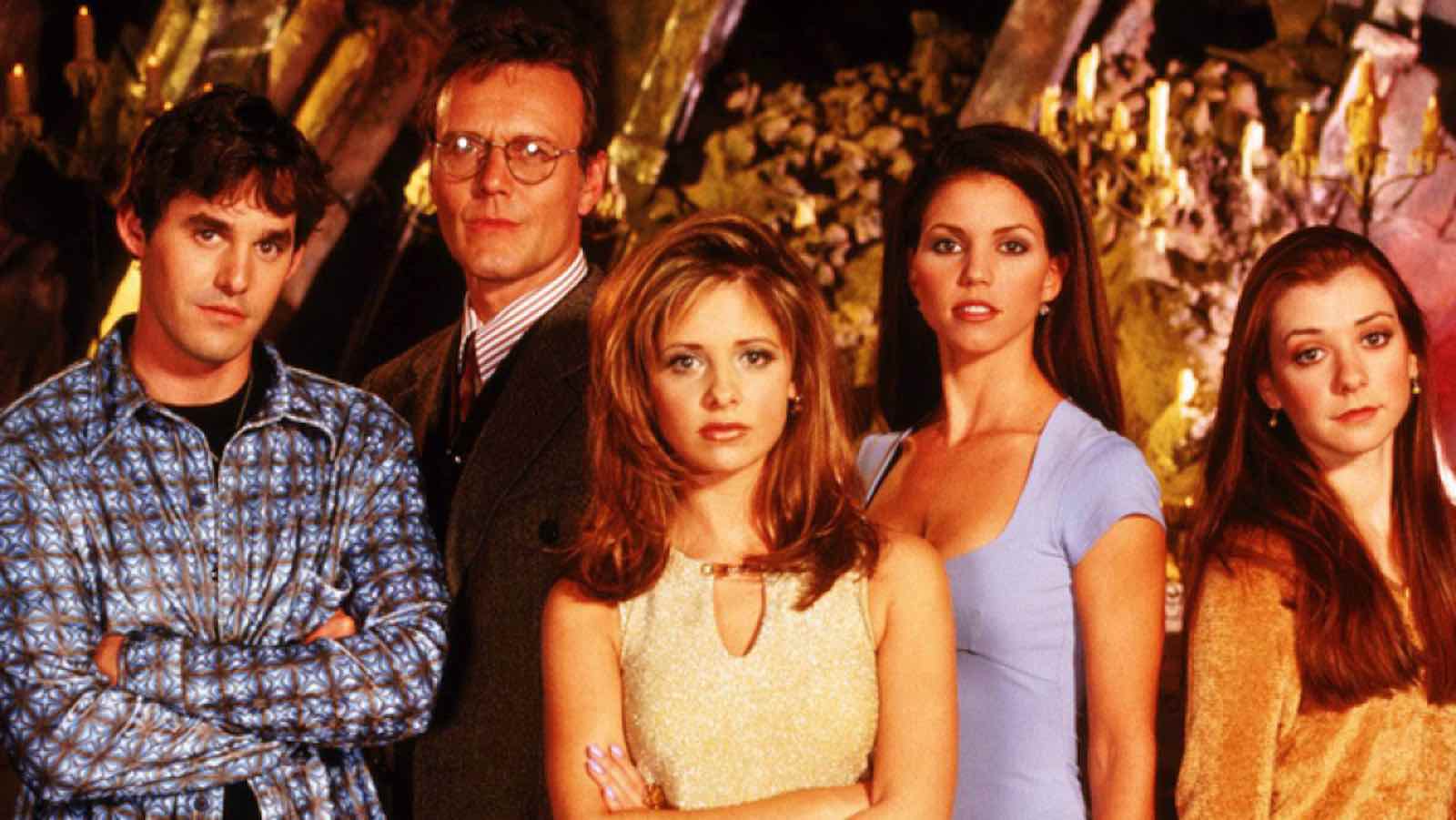 If you have such inimical beasts running around, you’re going to need someone to rein them in. Roots in literature abound here as well, as the Stoker novel introduced us to the now famous Abraham Van Helsing. While the Dutch doctor was not the crossbow-wielding badass many may think of him as (thanks to Hugh Jackman’s portrayal in Van Helsing (2004)), he did set a precedent.

Many stories label these heroes as chosen ones, such as in Buffy the Vampire Slayer (1997-2003), making their journey especially difficult since the responsibility was thrust upon them, leaving them to scramble to fulfill it. Some fight the good fight on behalf of the Church, such as Van Helsing or The Last Witch Hunter (2015), but often their faith is tested and they learn just how human their prey can be.

Others are called upon the profession and learn at the hands of another, much like in Seventh Son (2014) or Supernatural (2005 – ). This helps ease the burden off monster hunters and gives the audience more lore to sink their teeth into, but still invites doubt as they continue on their quest. 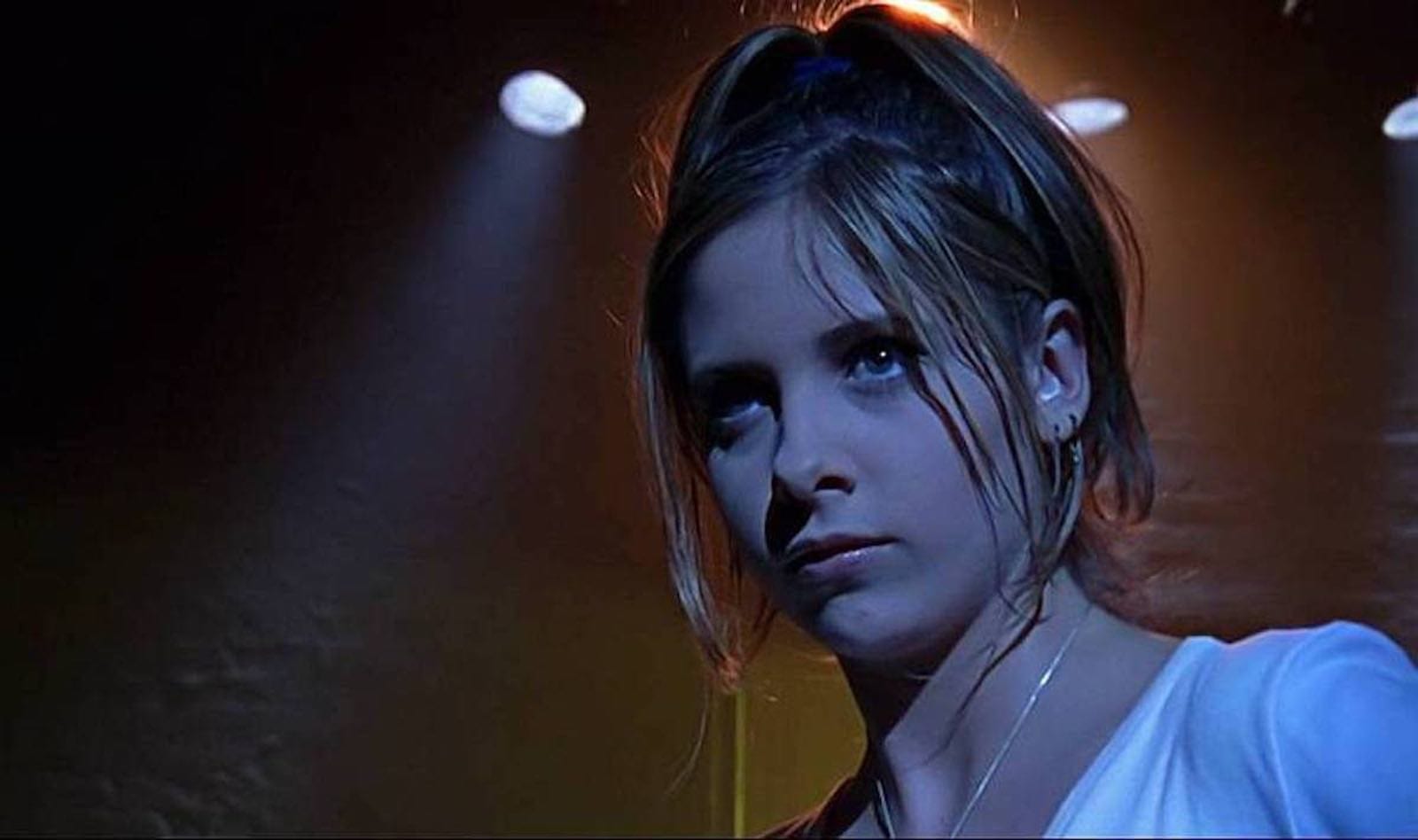 Monster hunters must straddle the line between the mundane and the supernatural. They must be as isolated as the prey they police, leaving them often unmoored in integrating with normies. Many can relate to this, even if it’s not because we take down werewolves before breakfast.

Monsters continue to fascinate us – especially every Halloween as we watch them battle it out against whatever new threat comes their way. So grab your popcorn and enjoy, but just remember that appearances can be deceiving, and Father Time (that monster who rules us all) can change quite a bit, even for the dead.