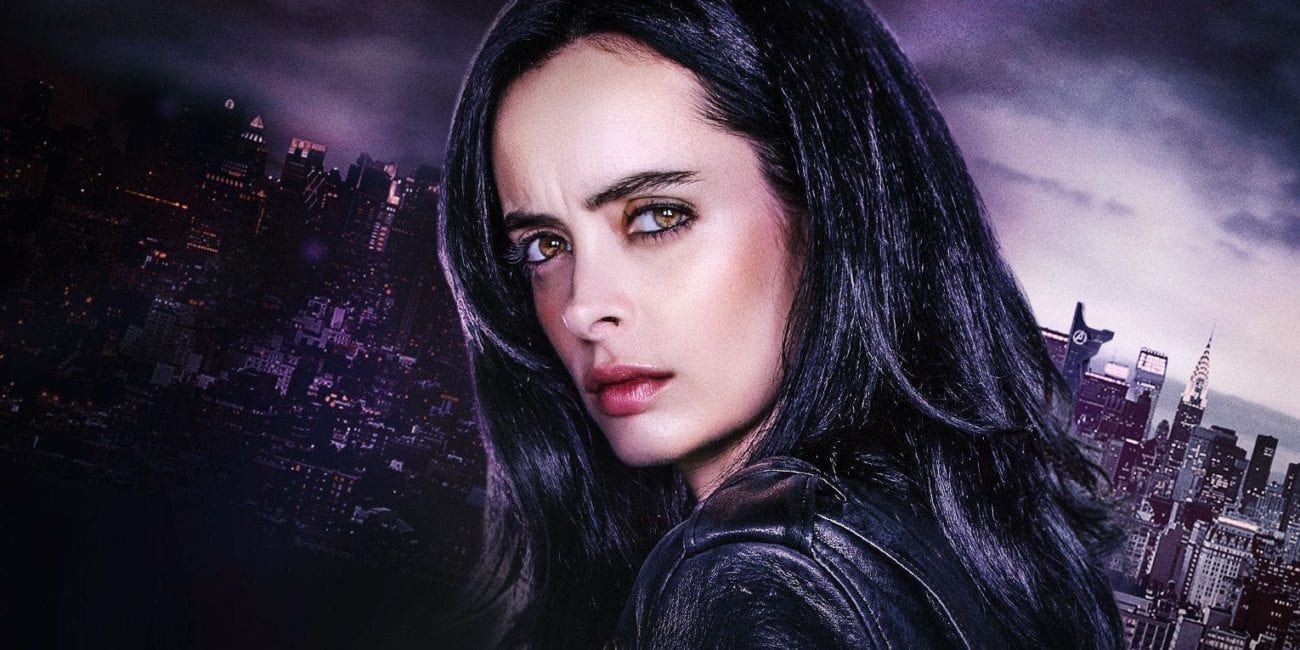 ‘Jessica Jones’: Why season three shouldn’t be her last case

The third and last season of Marvel’s first feminist project Jessica Jones drops today. In 2018, we got the second season of episodes, fittingly, to coincide with March 8th, International Women’s Day.

Of course, Marvel has continued their new tradition with the release of Captain Marvel back in March, but with a storm of empowering feminine voices brewing over at the gargantuan studio, we’ve just got one question for Kevin Feige, Netflix, and Marvel’s gang of heroes.

We’re still pretty convinced Jones is possibly the best thing Marvel’s produced so far. That gut-wrenching first season is at least in the upper echelons of their multiverse that now encompasses at least twenty-odd characters you could argue protagonist status for.

The MCU is now committing full-time to providing platforms for emerging female talent, with Chloé Zhao set to take the reins on The Eternals in the near future. Meanwhile, all signs point towards a woman helming the long-rumored standalone adventure for Black Widow. So why the silence on female-driven TV projects? 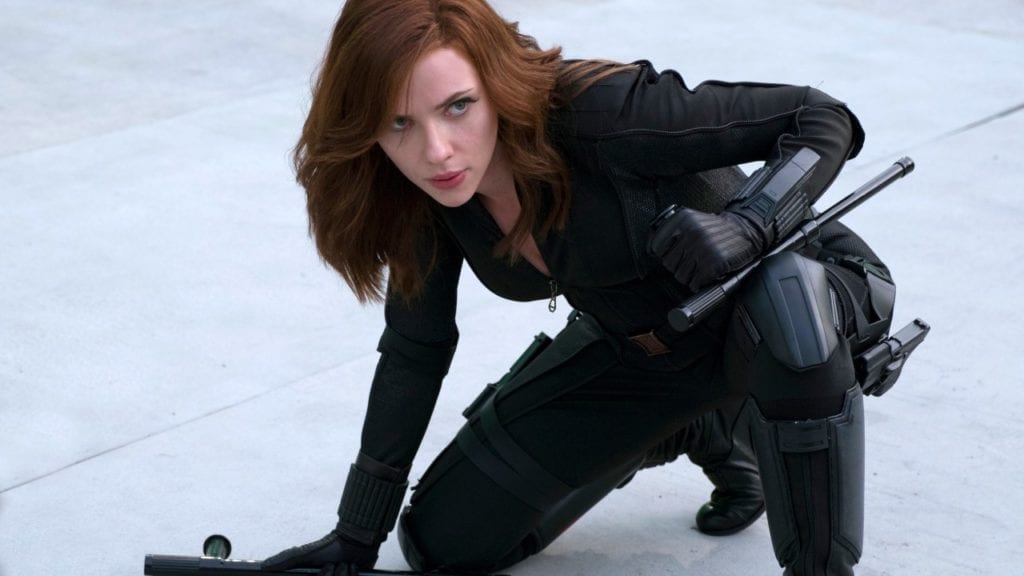 Admittedly, the situation between Netflix and Marvel is looking like the final moments of a badly rehearsed trapeze act, with their entire slate of collaborations tumbling down one by one to make way for the oncoming “DisFlix” service, Disney+. But their ABC show Agent Carter was similarly dismissed despite its strong response, and there’s still no word that New York’s ground-level heroes are eventually going to find a new home on the upcoming streaming service.

Cynics among us are tempted to draw a comparison between Jones’s cancellation and the depressing thought that the #MeToo era had an expiration date, at least for Hollywood.

During her press tour for season 2, Ritter partook in an interview with Rotten Tomatoes, in which she declared Jessica as the superhero “women need right now”, while noting how the series touched upon timely themes presented by the #MeToo and #Time’sUp movements. But with recent Hollywood news seeing predators and assaulters taking home its biggest prizes, are studio execs “over” the trend of telling honest female stories? 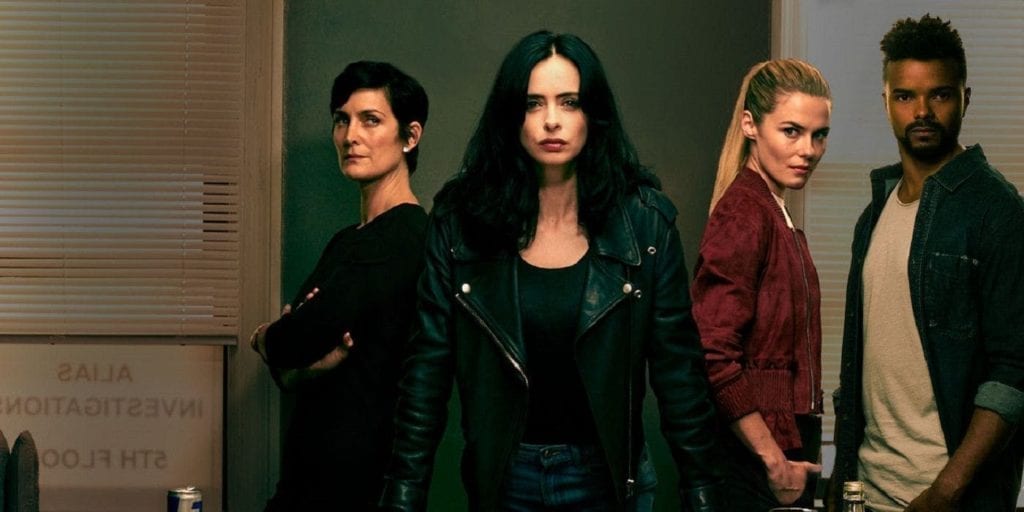 Jessica Jones is absolutely the damaged, incensed, layered female vigilante the world is desperate for right now, and we can’t wait for season 3 to prove definitively that not only is Krysten Ritter an absolute star, but this show deserves at least twice the run it looks like it might be getting.

How refreshing it was for a woman finally to encompass a genre-savvy attitude to the superheroic proceedings amid endless Deadpool lookalikes. While fourth wall breaking cretins are winking to the camera to fuel the prodigious dick-measuring contest of male fandom, Ritter merely needs to raise an eyebrow to convey the same level of snark in one facial tic that Ryan Reynolds has in his entire scar-riddled body.

Not only that, but for Jessica to occupy the acerbic mood and withering stare that holds a thousand backstories usually reserved for black-and-white noir heroes – and in a superhero property, no less – was nothing else but a stroke of genius.

Riffing, of course, on Brian Michael Bendis’s stunning reinvention of the character from 2016 onwards, the series adapted tropes and visual flair from classic & modern crime thrillers and private eye cases before hitting us like a ton of bricks with the impending confrontations between Jones and her former abuser, the Purple Man. 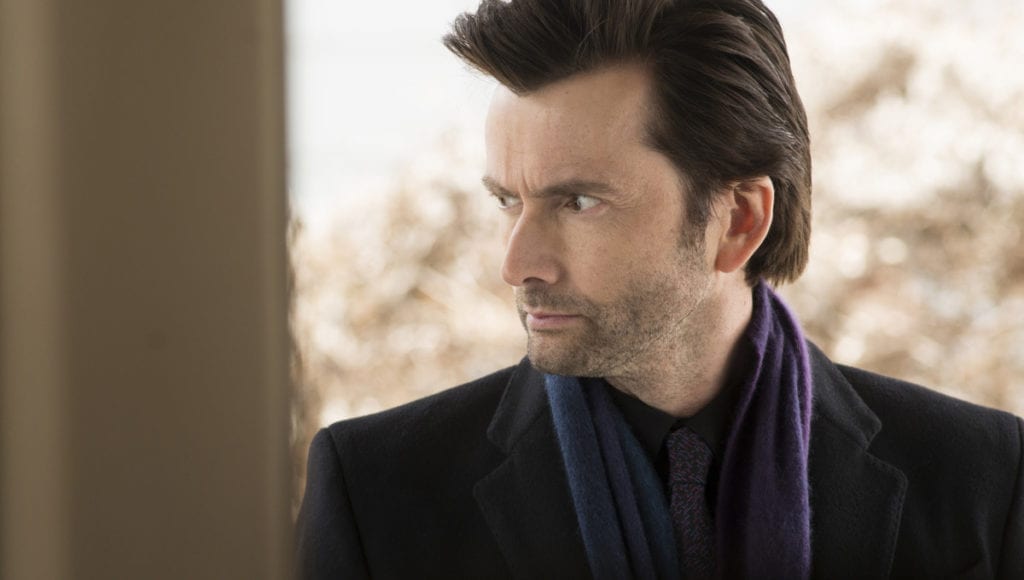 The superhero/nemesis conflict had every chance of appropriating a tragically common story of sexual manipulation into a glib metaphor. But creator Melissa Rosenberg and her team’s decision to overturn the subtext and bring the text into the foreground – punctuated with Jones’s astonishing line “You raped me!”, a cataclysmic delivery the MCU still hasn’t been able to top – made certain the disease of sexual assault was dealt the blow it deserves.

Season 3 of Jessica Jones certainly won’t be the last time we see Krysten Ritter. With the launching point of a grungy, complicated Marvel heroine under her belt, her A-list status will soon be undeniable and, if we must say goodbye to her best role yet, we’re certain she’ll continue to surprise us.

The world needs Jessica now more than ever, and a pissing contest between two giants of the streaming world shouldn’t get in the way of Marvel delivering the content it’s most passionate about. Frankly, we couldn’t care less about Daredevil bumping into Spidey or Luke Cage and Iron Fist finally forming “Heroes for Hire”. Jessica Jones was angry, and the show deserved far more than three seasons to explain why.