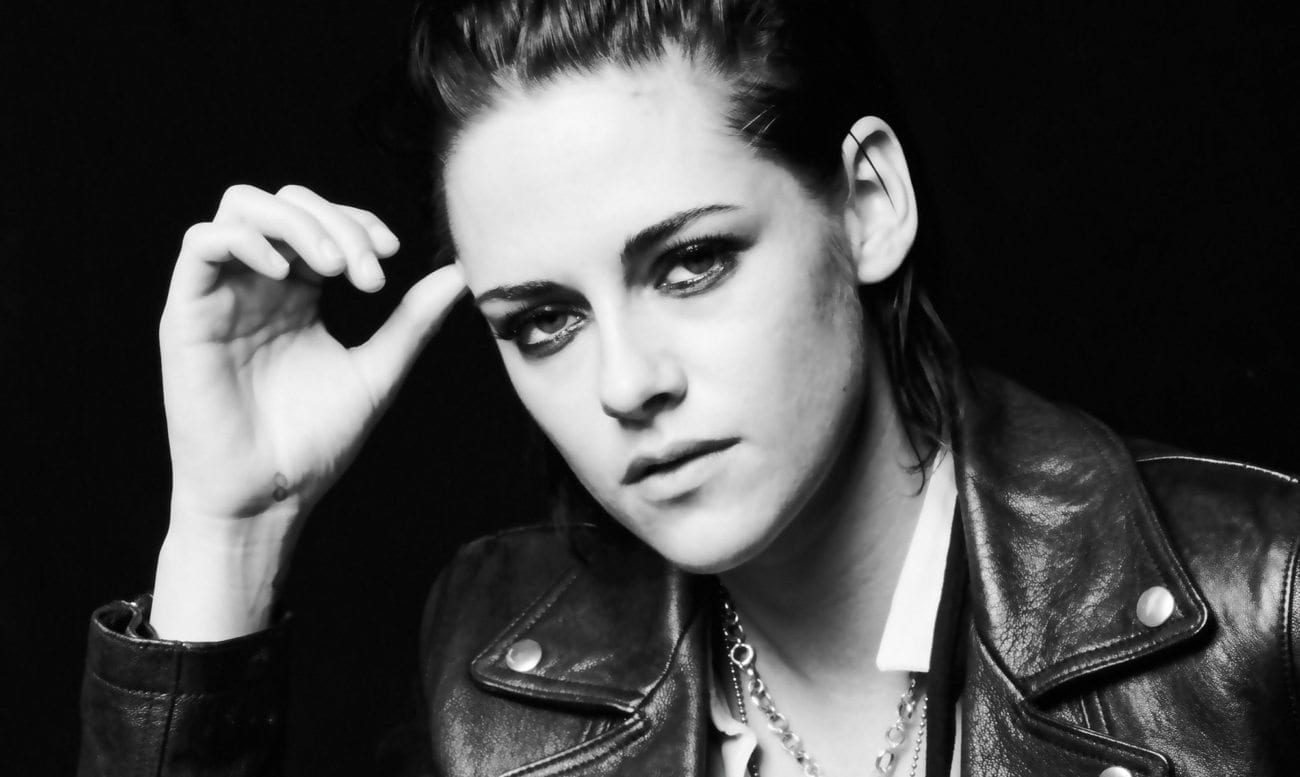 K-Stew 4eva: Here are all of Kristen Stewart’s coolest movies

We’re waiting with baited breath for Kristen Stewart to star in the forthcoming Benedict Andrews thriller Against All Enemies – formerly known as Seberg. The film follows a young FBI agent assigned to investigate actor Jean Seberg, who becomes involved with the civil rights movement in late-60s Los Angeles.

If you happen to know much about Seberg, you’ll know the poster girl of new wave cinema is one of the coolest women of all time. So it makes absolute sense to cast Stewart – the poster girl for contemporary indie cool – to play the Breathless star.

As well as being a captivating actor with a wide range, Stewart is also a visible advocate for queer authenticity, gender disruption, and seemingly effortless takedowns of outdated societal structures. To celebrate her, we thought it was only fair to celebrate Stewart’s coolest cool-girl roles. 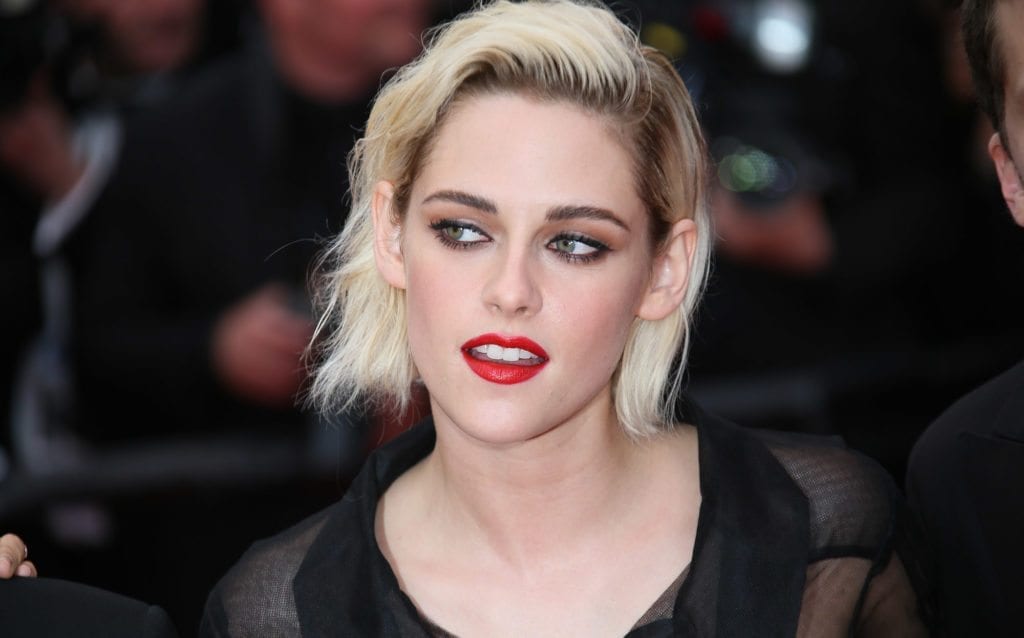 As a punk maven in The Runaways

As rebel-rousing, lady-loving, reckless rocker Joan Jett, Stewart was a flash of electricity. But the scene where Jett comes up with hit single “I Love Rock ‘n’ Roll” while rocking out in her underwear and jumping up & down with excitement is easily the crowning moment of Stewarts impeccable performance.

She even got Jett’s seal of approval IRL

According to Rolling Stone magazine, Stewart heavily researched her role in the movie to the point where Jett even loaded her tape-recorded letters she’d made as a teenager. The two developed a deep bond and even spent a “whole night sprawled on the linoleum, talking excitedly about the Runaways” when they first met. As Jett is probably one of the coolest women in the world, we’ll let you decide how cool this makes Stewart by proxy.

Depicting “a surrealistic journey through one man’s imagination,” Stewart’s visually arresting Come Swim was screened at both Sundance & Cannes in 2017. Not only is it a genuinely stunning short film, but it’s also soundtracked by cool af indie troubador St. Vincent. Come Swim is basically a triple layer deck of badass served on a bed of awe, proving the actor has some serious promise as a filmmaker.

Riding dirty in the Rolling Stones’s “Ride ‘Em On Down”

Look, we’re not endorsing the dinosaurs of rock here, but there’s no denying Stewart radiates rebellion in François Rousselet’s music video for The Rolling Stones. Feel free to push that mute button and play something really blazing as you watch Stewart smoke cigarettes, dance at gas stations, meet zebras, and drive a hot car to nowhere.

Dancing dirty in On the Road

We get breathless just thinking about Stewart dirty dancing with Garrett Hedlund in On the Road. Walter Salles’s adaptation of the classic beat tune saw the actor getting loose, frisky, and wild across 50s America. Every time Stewart shakes her hair, stomps her feet, and writhes her body out, there’s a small revolution.

Seeing Stewart talk about how a certain U.S. president used to tweet her and Robert Pattinson during their Twilight days was one thing. But the way she nonchalantly challenged her haters (including Mr. Trump) was so cool, the stage almost froze over. “If you didn’t like me then you’re really not gonna like me now because I’m hosting SNL and I’m, like, so gay.”

Showing some love in Personal Shopper

Being an outlaw (for Jesse Eisenberg’s love) in Adventureland

Sneering at the mention of her married lover (Ryan Reynolds) and his bullshit cool credentials, Stewart is a quietly simmering pot of frustration in Greg Mottola’s Adventureland. The moment where she rolls her eyes at the suggestion her older beau once jammed with Lou Reed is glorious shade. But then Stewart transforms into a low-key renegade within seconds as she drives off with James (Eisenberg) to listen to Hüsker Dü and slug some rum.

Yes, that’s right – Kristen Stewart nailed it as the hottest literary fraudster ever alongside the ever wonderful Laura Dern in the latest from writer-director Justin Kelly, Jeremiah Terminator LeRoy.

The movie was based on a stranger-than-fiction true story depicting the tale of Laura Albert (Dern) who became a literary sensation under the pseudonym JT Leroy. Ya girl Stewart will star as Savannah Knoop, who posed as the titular literary persona of her sister-in-law throughout the 90s.

At the time, JT Leroy was one of the hottest stars the literary world had ever seen the young, maybe transgender, maybe HIV-positive ex-hustler who made his name by telling the stories of his childhood abuse. He was the darling of the New York scene, gaining fans like Blondie, Lou Reed, and Tom Waits, and beginning a relationship with Asia Argento after working on a film based on his work.

Everything was sunny for JT until an article in New York magazine revealed JT LeRoy was indeed a fictional creation invented by the writer Laura Albert, and that LeRoy’s purported public appearances in a wig and sunglasses were made by an actor.

The film itself is based on Knoop’s 2008 tell-all memoir Girl Boy Girl: How I Became JT Leroy, and premiere at the Toronto International Film Festival to decent reviews. While we have to agree with the popular opinion that this movie isn’t a masterpiece, as ever Kristen Stewart’s performance is pitch-perfect as the camera-shy literary idol. She plays the part with subtlety, absolutely nailing the complex gender fluidity of the character. 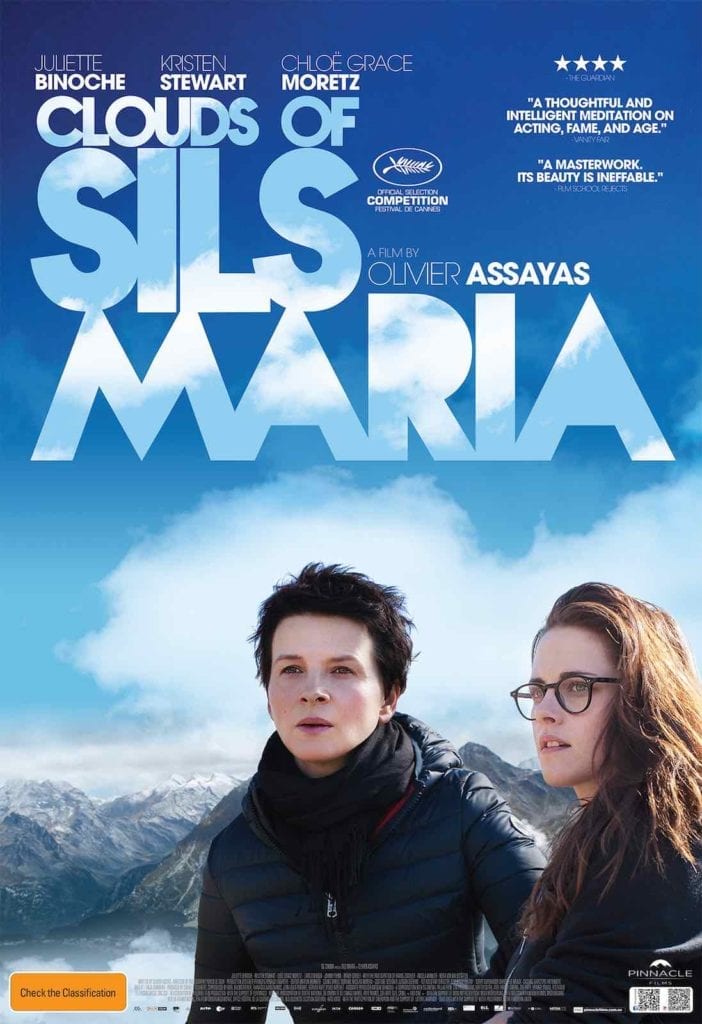 Being our Valentine in the Clouds of Sils Maria