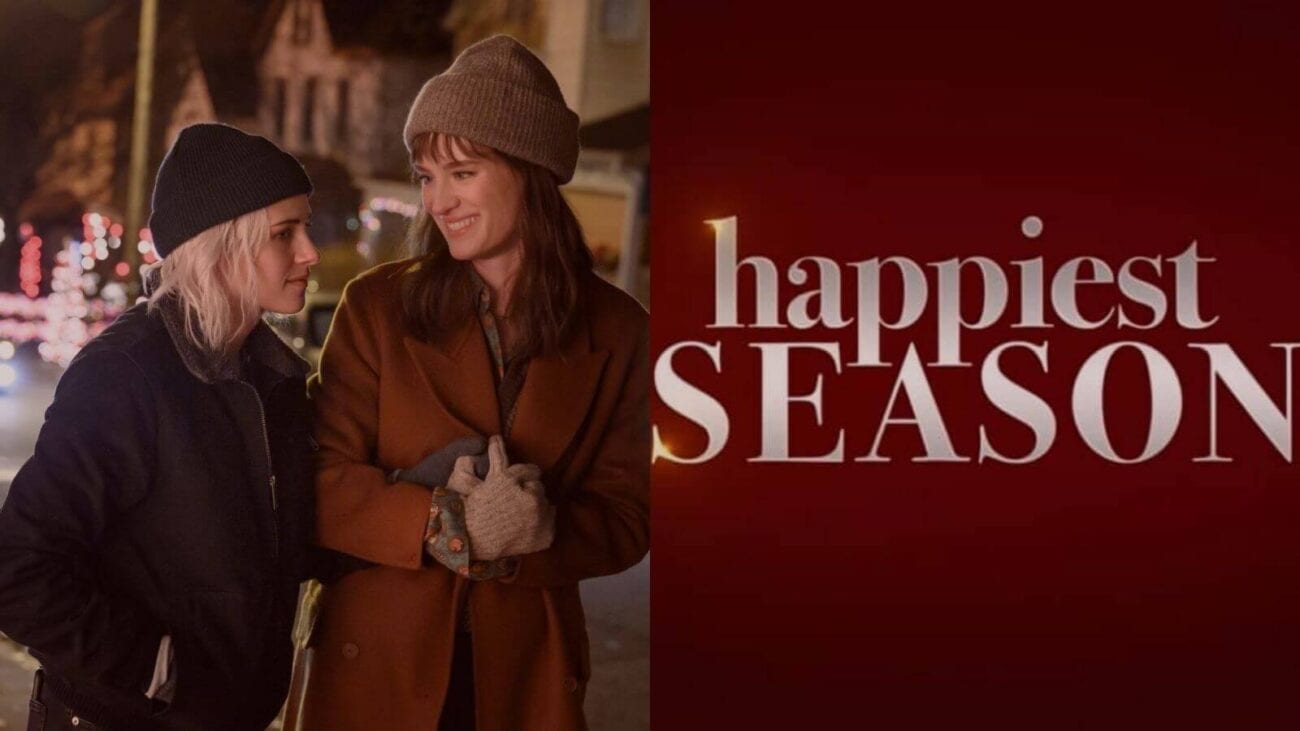 ‘Happiest Season’: The gay Christmas movie you’ve been waiting for

A queer-centered romcom has finally hit our Christmas viewing list! Hulu’s new trailer for Happiest Season came out on Monday, November 9, bringing us a queer couple to root for this season – although not everything is jolly in this festive, lesbian love affair. Costars Kristen Stewart & Machenzie Davis share the spotlight in this new holiday feature from TriStar Pictures.

This romantic comedy delves into to some queer relationship anxieties alongside the joy of Christmas traditions. The trailer introduces us to the main characters Harper (Mackenzie Davis) and Abby (Kristen Stewart), who seem like the picture-perfect couple until they go home for the holidays. 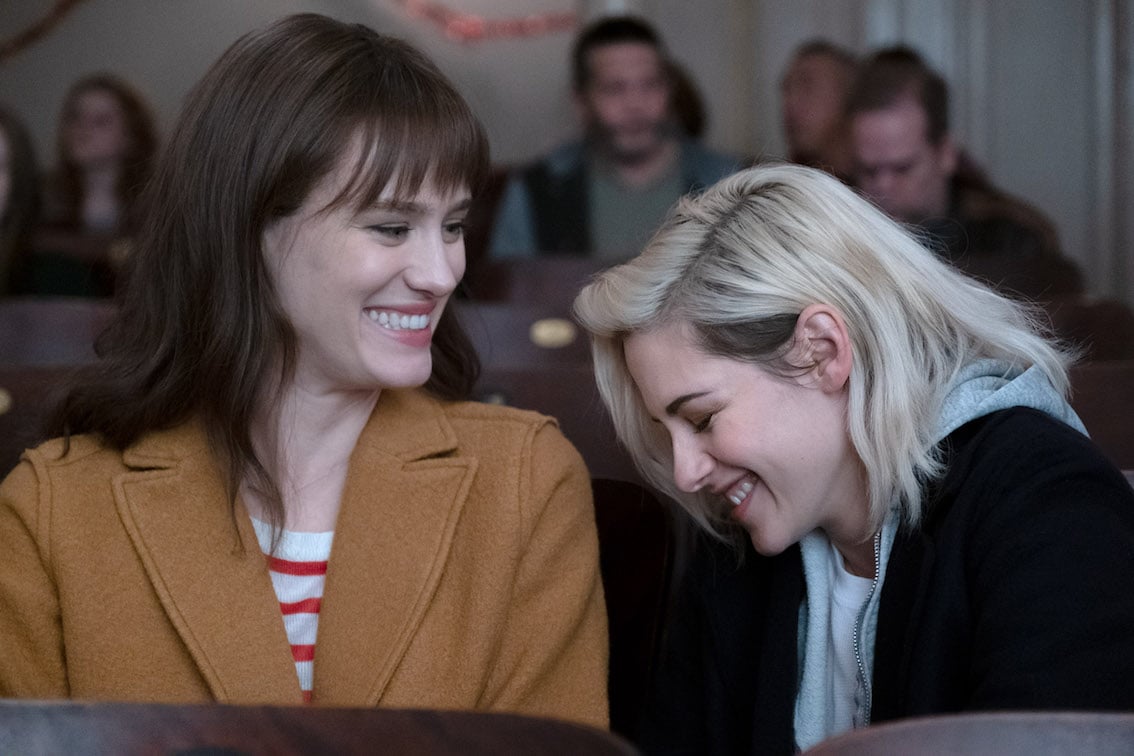 Harper brings her girlfriend Abby home for Christmas and everything looks delightful. That is, until Harper reveals her dark holiday secret: she never came out to her parents! Harper’s family doesn’t know about her sexuality and worse, they have no idea who Abby really is.

Harper’s father is a strict politician played by Victor Garber, and her mother is a homemaker played by Mary Steenburgen. Harper’s parents are as conservative & traditional as it gets, so Abby has to pose as Harper’s “orphan friend”, as Harper’s mom calls her.

“Do you know how painful it is for me to watch the person who I love hide me?” Abby asks Harper in the trailer. Abby replies “I am hiding me”, revealing she’s afraid if she comes out, her family will reject her. The film introduces how honesty may be the worst policy in Harper’s tough, heteronormative household. 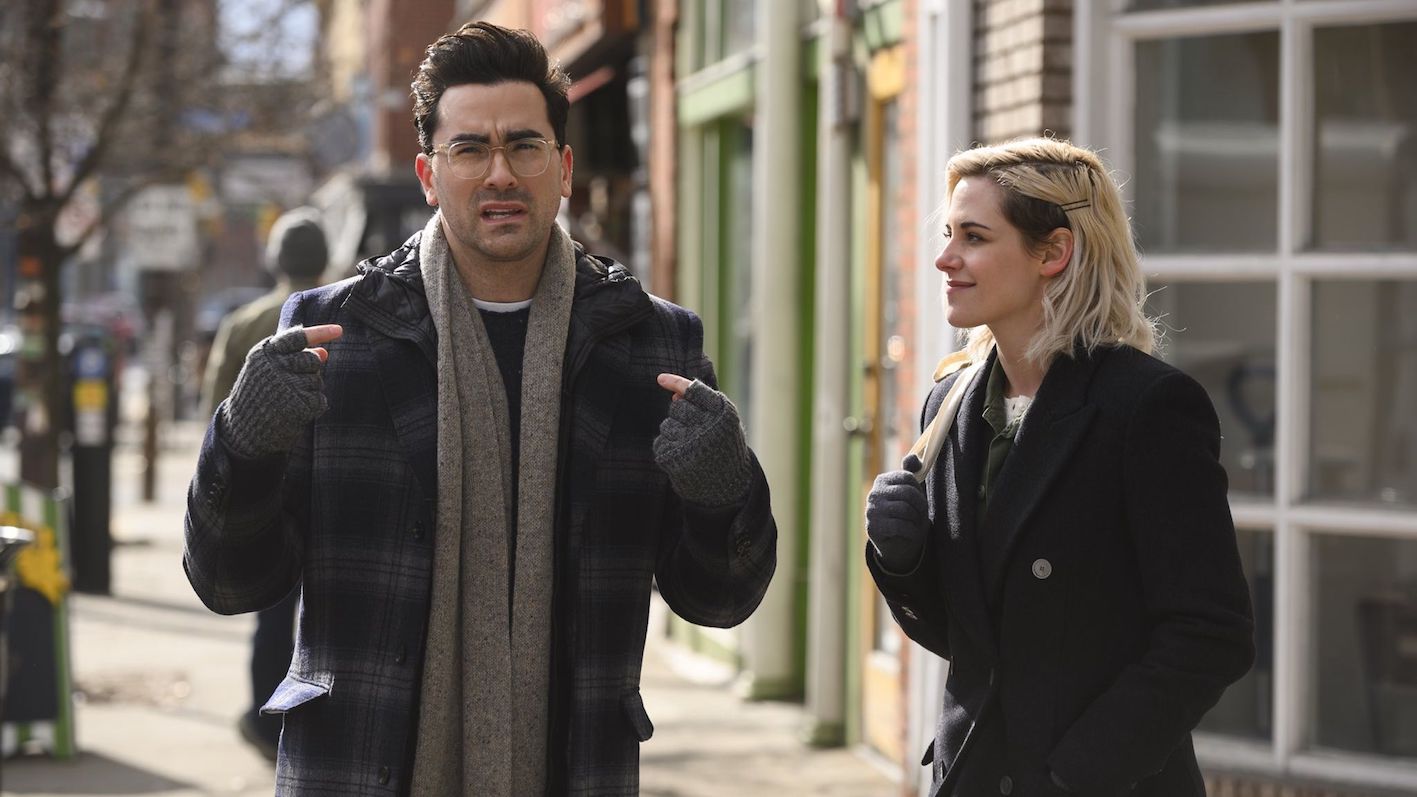 Luckily, Abby’s wise gay friend John (Dan Levy) handles some distasteful events before they have a chance to blow up. John helps Abby through it all with an iconic line: “Everybody’s story is different. Just because Harper isn’t ready, doesn’t mean she doesn’t love you.” John’s sincerity helps us believe in Abby & Harper’s love story and why we will ‘ship’ them ‘til the very end.

The trailer reveals how the plot thickens: Abby has a secret of her own. Abby plans to propose to Harper during this Christmas getaway. Although Abby’s proposal would normally be a happy occasion, she fears she can’t propose until Harper stops “hiding” their relationship from her family & the rest of the world. 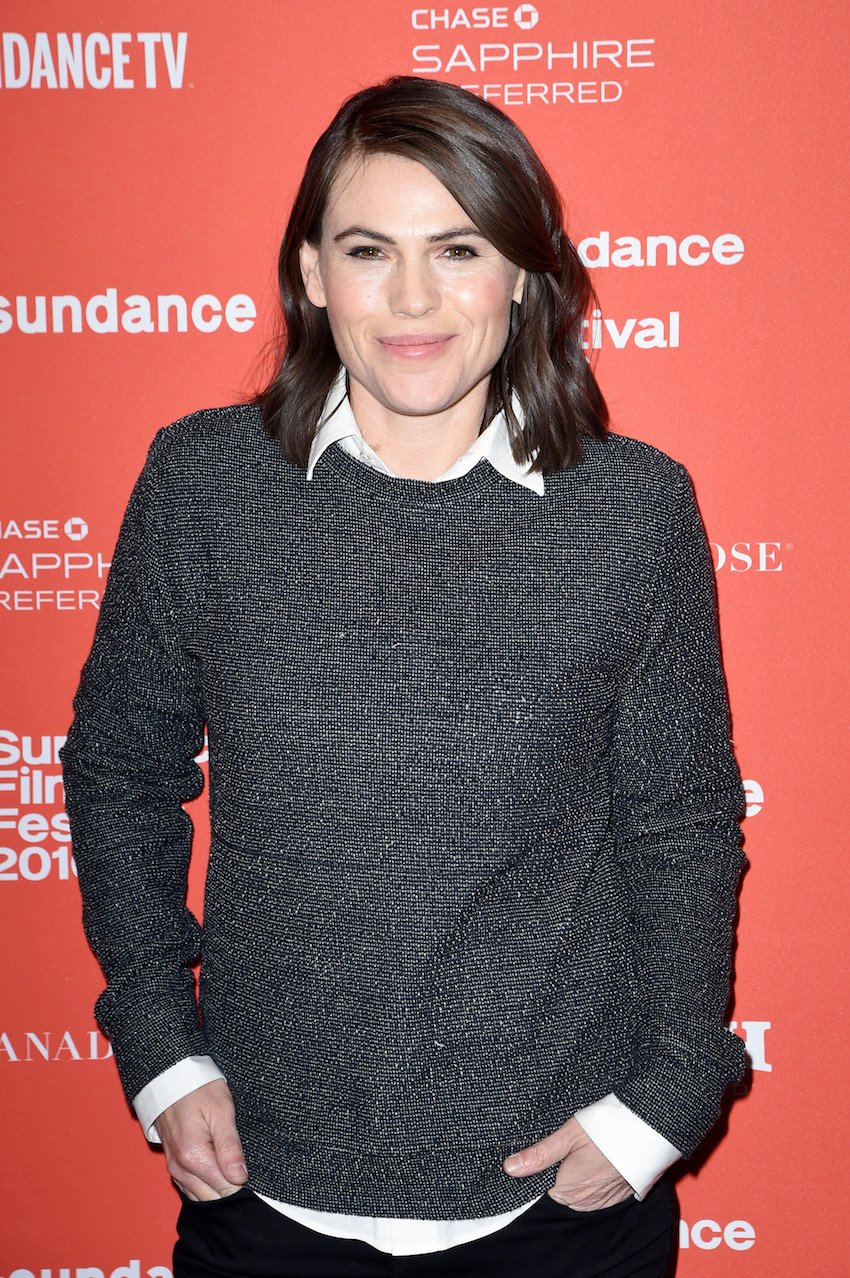 People magazine recently interviewed Kristen Stewart and Happiest Seasons director Clea DuVall about their upcoming gay romantic comedy. Kristen Stewart, being a queer woman herself, expressed she loves Christmas movies that “make you long for an idea of home”, though sometimes life at home is a “hilarious and hard reality”.

Director Clea DuVall expressed her love of her film to People magazine: “I’m a huge fan of Christmas movies, but I had never seen my story represented.” Director & queer activist Clea DuVall has fought for lesbian representation in & around Hollywood. She’s also portrayed lesbian characters in Veep & The Handmaid’s Tale. 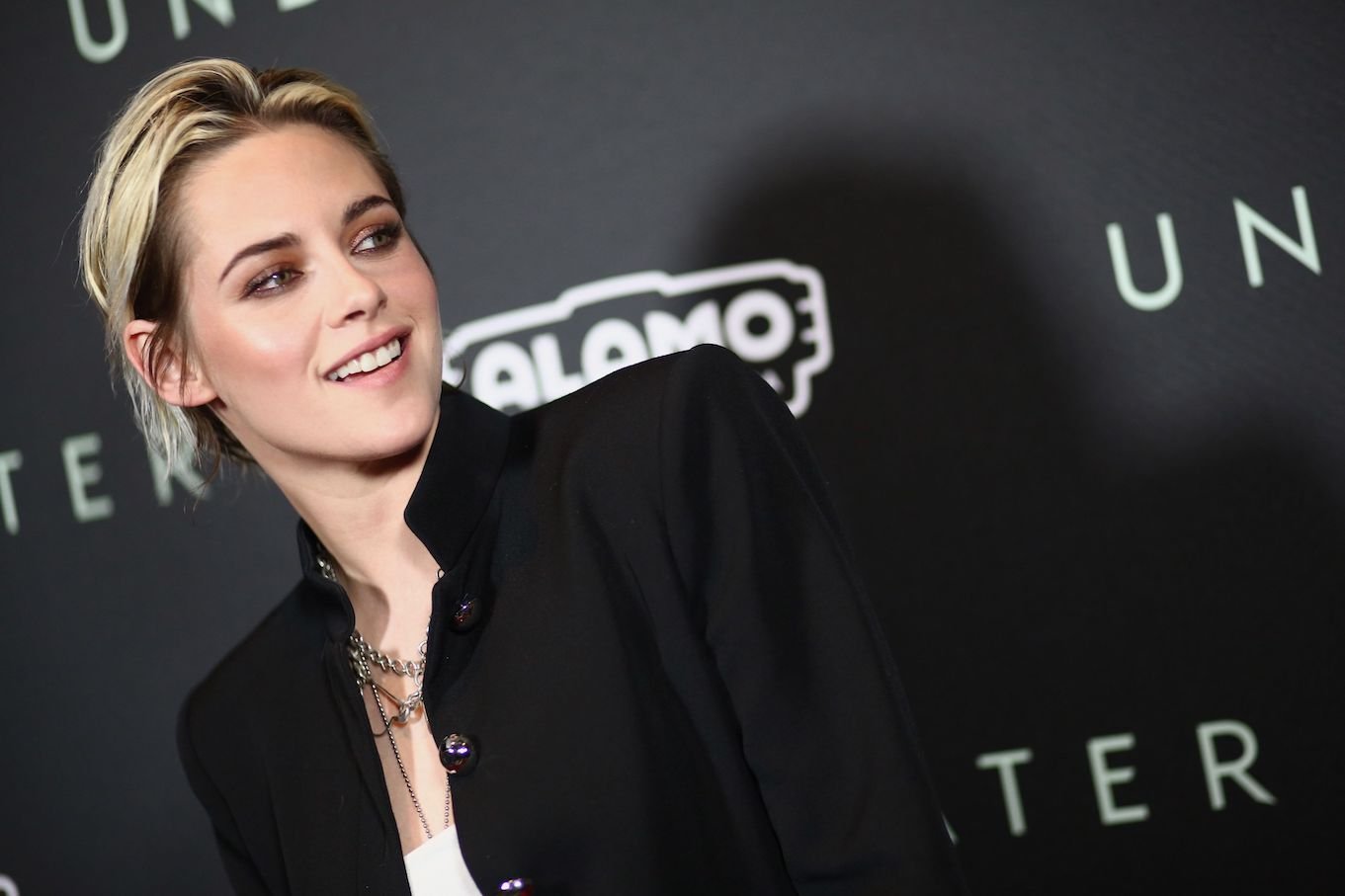 Kristen Stewart praised the film, telling People magazine, “I think I’ve wished to see a gay Christmas rom-com my whole life”. Stewart continued complimenting her director with the phrase, “I’m so happy and proud of Clea (DuVall) for bringing this into the world.”

In regards to the rest of the talented & incredible cast, including Mary Steenburgen, Alison Brie, Aubrey Plaza, and Dan Levy, Clea DuVall confessed: “Maybe I’m biased, but this was one of the most fun sets I have ever been on.”

Happiest Season is a Christmas movie about true acceptance, loyalty, and lesbian love. What could be better? With such a star-studded cast and the joy of the holiday season upon us, let’s find out what happens between Harper & Abby. The film will be released on Hulu on November 26, 2020.