‘Wonder Woman 2’: How DC can get a taste of Marvel’s success

Oh, DC . . . no one wants you to succeed more than we do. We have a deep affection for DC characters, especially Batman and Wonder Woman. But try as they might, it seems they cannot emulate the success of the Marvel Cinematic Universe. They can’t even seem to decide on what they’re called! No one is getting down with the DC Extended Universe. Here are our two cents on how the creators can jazz up the DC universe.

Why are you so obsessed with me?

First of all, stop trying to be Marvel and instead just learn from it. You can’t throw together in a few movies what it took Kevin Feige a decade to do. Look to Marvel to learn what’s possible – take your time, build anticipation with your audience, weave a cinematic web of interconnected characters.

Trying to put together the Justice League after two solo movies and Batman v. Superman means too much character introduction in your running time and not enough fun.

There’s a difference between dark and bleak. Wonder Woman had moments of real pathos and terror, as well as (spoiler!) a major character death. It took place in WW1 for chrissakes, and it didn’t flinch from the horror of the front line. But most importantly, it never lost its heart.

Diana’s optimism ensured the movie ended on a light note, and the central romance between Steve Trevor (Chris Pine) and Diana (Gal Gadot) was honestly better than 90% of romance movies in a genre where romance usually serves as nothing more than an extra motivation for the character and proof that the hero is heterosexual. Fight me about it. Darkness and grittiness don’t have to be devastating.

Some of Marvel’s best and most surprising movies have come from totally unexpected directors, Taika Waititi (What We Do in the Shadows) and James Gunn (Super) in particular. Hell, Joss Whedon (The Cabin in the Woods) was best known for a teen dramedy about vampires before helming one of the biggest franchises of all time. 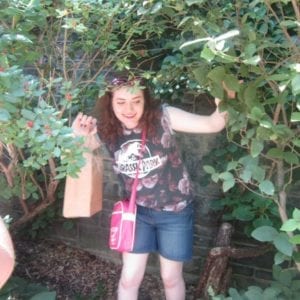 Ciara Ruane is a wannabe screenwriter living in Manchester. She likes well-made blockbusters, black comedies, and niche documentaries. She studied creative writing and film for three years at university and all it got her was this lousy t-shirt. All of her articles are thinly-veiled cries for help.