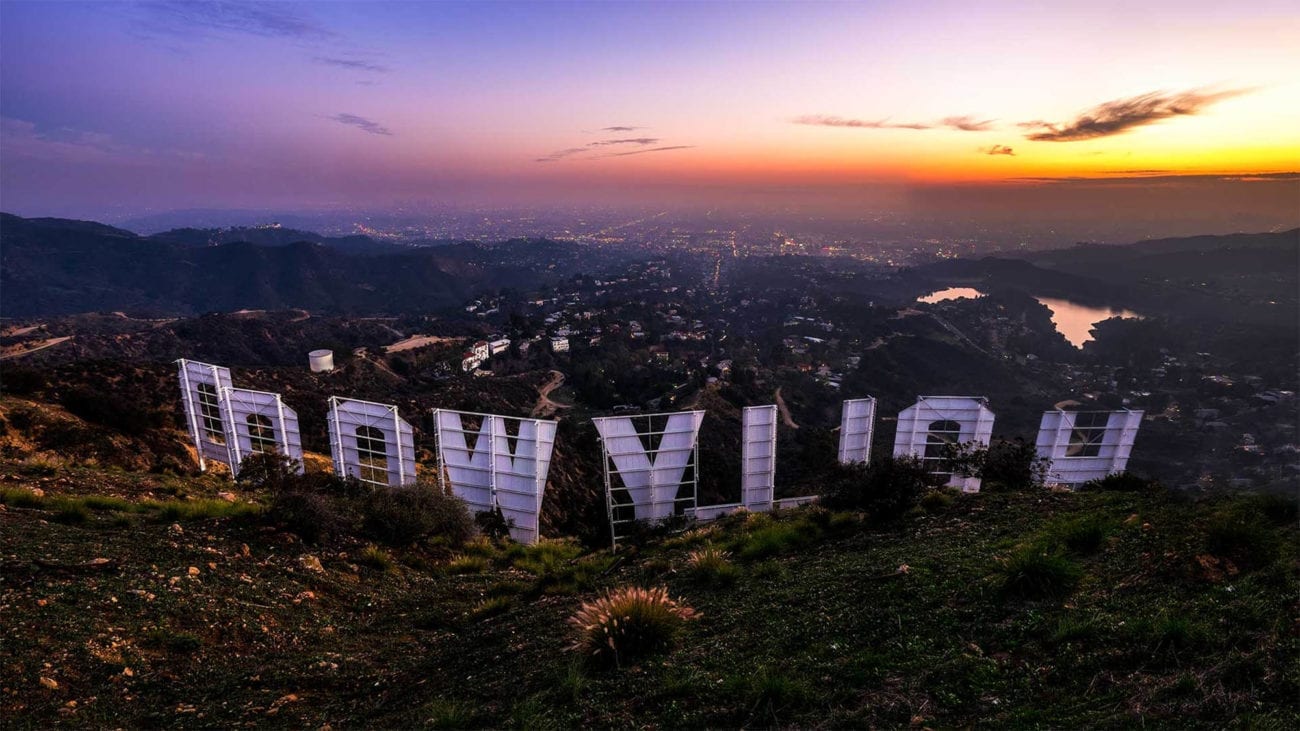 With the sexual harassment scandal engulfing Hollywood since the former movie mogul Harvey Weinstein was exposed back in October of last year, there has been an influx of discussions on women in the workplace. One of these discussions went down at the 2018 ATX Festival – the annual event that celebrates and showcases the past, present, and future of the television industry – with a resounding theme focusing on the power dynamics inside the writers room.

Per The Hollywood Reporter, Liz Tigelaar (Little Fires Everywhere), Christopher C. Rogers (Halt and Catch Fire), Shawn Ryan (Timeless), Rina Mimoun (Everwood), and Patrick Sean Smith (Greek), as well as moderator Glen Mazzara (The Walking Dead) discussed the challenges of finding experienced female writers. The TV showrunners talked about their experiences with diversity issues in the writers rooms and went on to explain how things are starting to change.

Tigelaar – who is currently working on her upcoming Hulu adaptation Little Fires Everywhere starring Reese Witherspoon (Big Little Lies) and Kerry Washington (Django Unchained) – said she is looking for diverse voices across the board.

“And not in a token way, like I checked a box — but in a deeply substantial way. I’m not just talking about staff writers but co-EPs and others shaping the show.” For example, since the story is largely about motherhood, she’s hoping to have moms, dads, and people who don’t want kids contributing to the script. “I want to round it out in a full way.”

This was just one of many examples discussed about how the writing rooms are shifting and moving towards inclusivity in every sense of the word. But this was not always the case.

During the 80s & 90s, American production houses tried to recognize the issue of sexism in the workplace by hiring more female staff. However, this led to a new issue – the token woman. As screenwriter and author Debbie Moon declared when discussing an open letter from female screenwriters calling on TV to change:

Female screenwriters have been aware of this for a long time. We all have our war stories. The exec who said ‘We already have a show written by a woman,’ or the commissioner who felt that a female lead wouldn’t appeal to a wide audience. The times we’ve been the only woman in the writing team, routinely talked over and ignored. 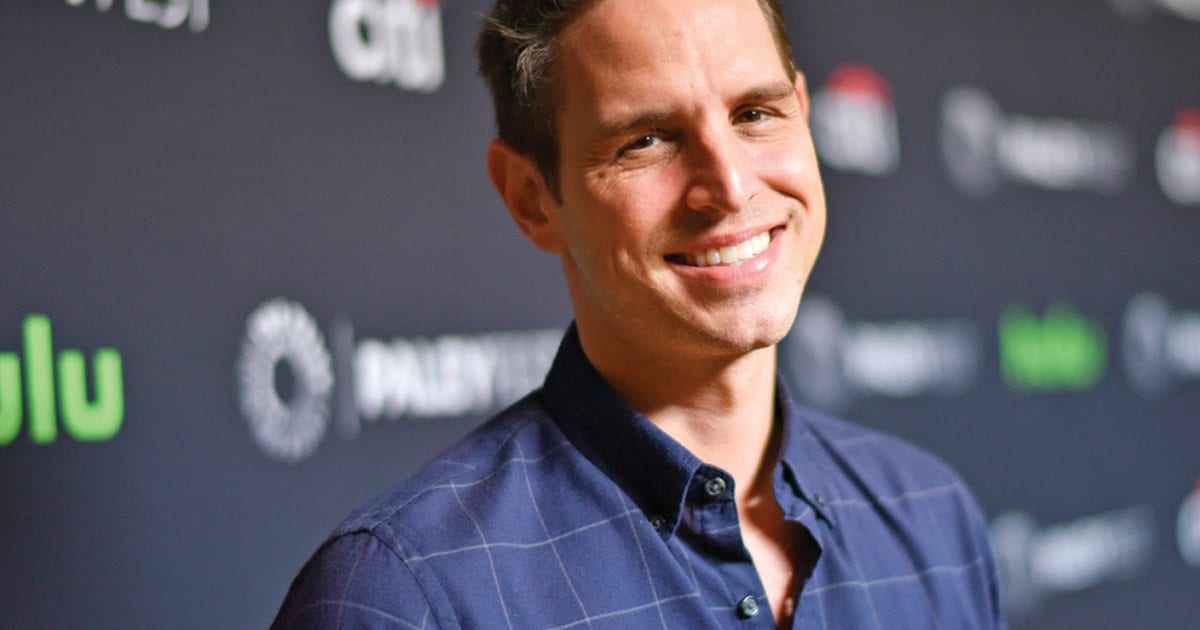 A similar story was mentioned by Mimoun at ATX Festival, who recounted a time when she became the token woman on a comedy years ago after the showrunner was forced to hire a female writer by the studio:

“It was constant hazing. Naked pictures being drawn of me . . . one rape joke after another.” Luckily there was one showrunner – Greg Berlanti – who fought hard to hand her Everwood when he was ready to move on. “At the time, he (Warner Bros. TV executive Peter Roth) was like, ‘Hell, no,’ but Greg stood up for me and said, ‘Well, she’s doing it.’” 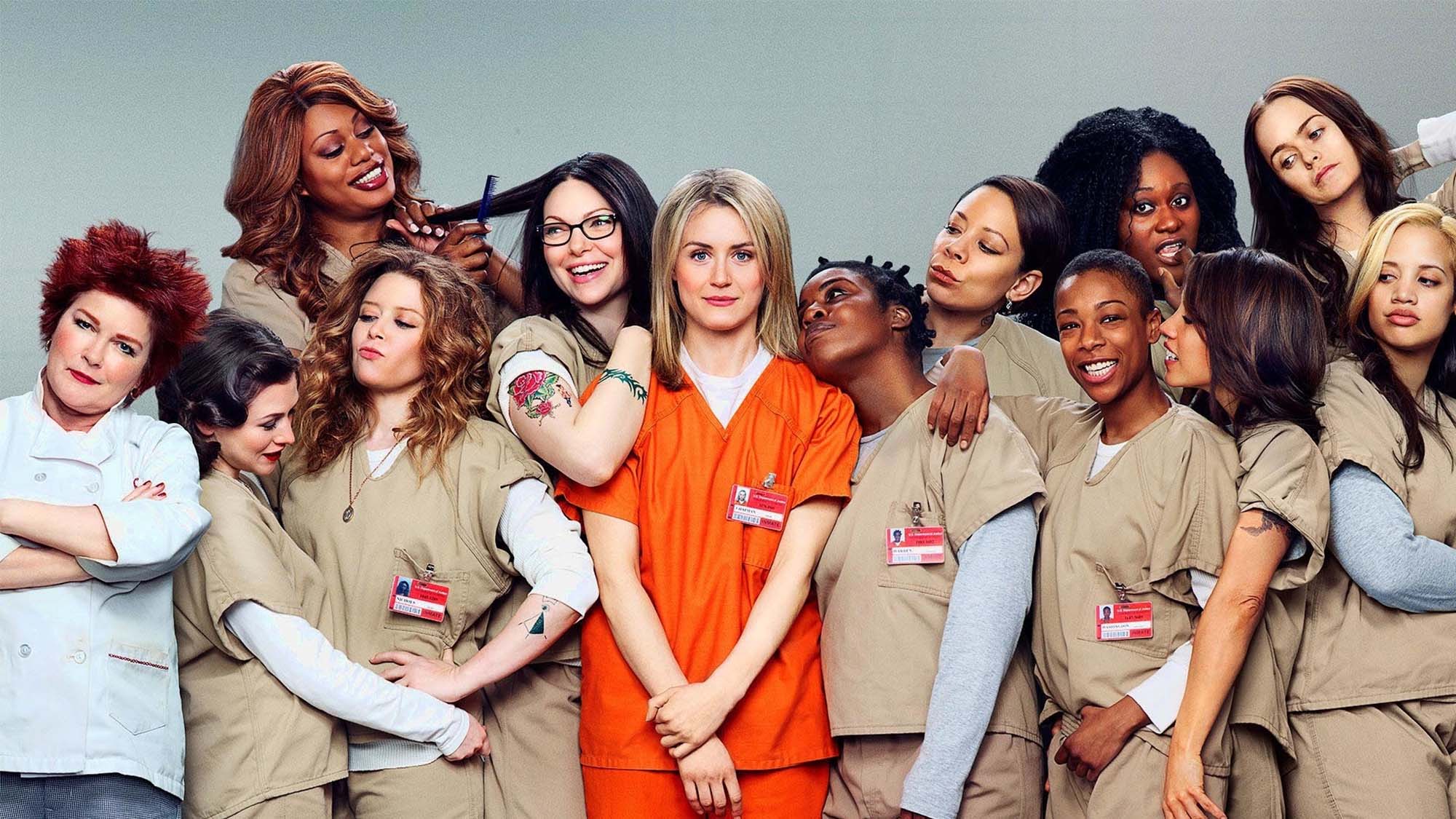 Likewise, Orange is the New Black’s Jenji Kohan opened about her experiences of sexism in the workplace, which she suffered when she was a struggling TV writer. In an interview with The New Yorker, Kohan discussed how sexist an environment it was in the writing rooms and how difficult it was as a woman and a new mother. Working in the 90s on shows like Friends, Gilmore Girls, and Sex and the City, Kohan said she experienced years of stunted ambition and Hollywood sexism.

“She had her ‘tit grabbed’; her name was taken off a script. Once, when she was pregnant and about to have a job interview, her agent advised her to wear a big shirt and eat candy, so that the showrunner would think she was just fat. After a pitch meeting for The Larry Sanders Show, her agent told her that the show’s star, Garry Shandling, wasn’t comfortable working with women. ‘I was fired from everything,’ Kohan said.” 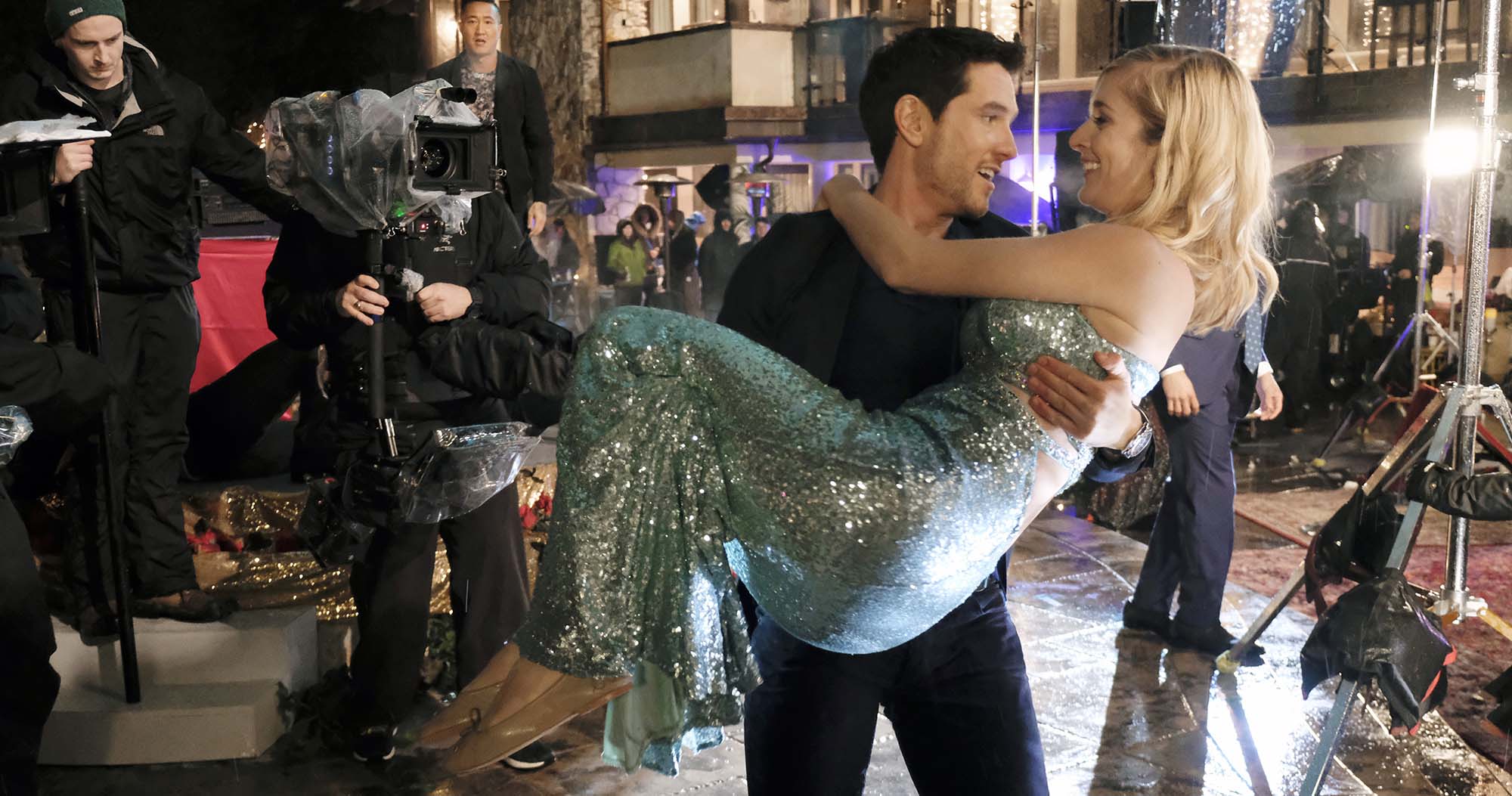 These stories mirror the experiences of many female writers – as Moon said, “We all have our war stories.” For UnREAL showrunner Stacy Rukeyser, she described the male-centric writing rooms as resembling a “frat house” and detailed the uncomfortable experience of her two-year job on One Tree Hill when she once had to beg the showrunner not to install a hot tub outside the writers room.

“Showrunner Mark Schwahn created, from the top down, a writers room that I described at the time, perhaps naively, as a frat house — and that I now see as a misogynistic quagmire.”

Over to the big screen: a study highlighted why diversity in the writing rooms is key to recognition on screen. This thesis was tested by 2016 research from TV writer Lyle Friedman, data scientist Matt Daniels, and researcher Ilia Blinderman, who examined four thousand films reviewed on the website that lists movies that do or don’t pass the Bechdel test. For a movie to pass, it must include two women who talk to each other about something other than a man.

The team gathered the information from films between 1995 to 2015 from the site, then broke it down in terms of the gender of the writers, producers, and directors on each film. “Their study found that movies in which women were involved in the production were far more likely to pass the Bechdel test,” noted Forbes. 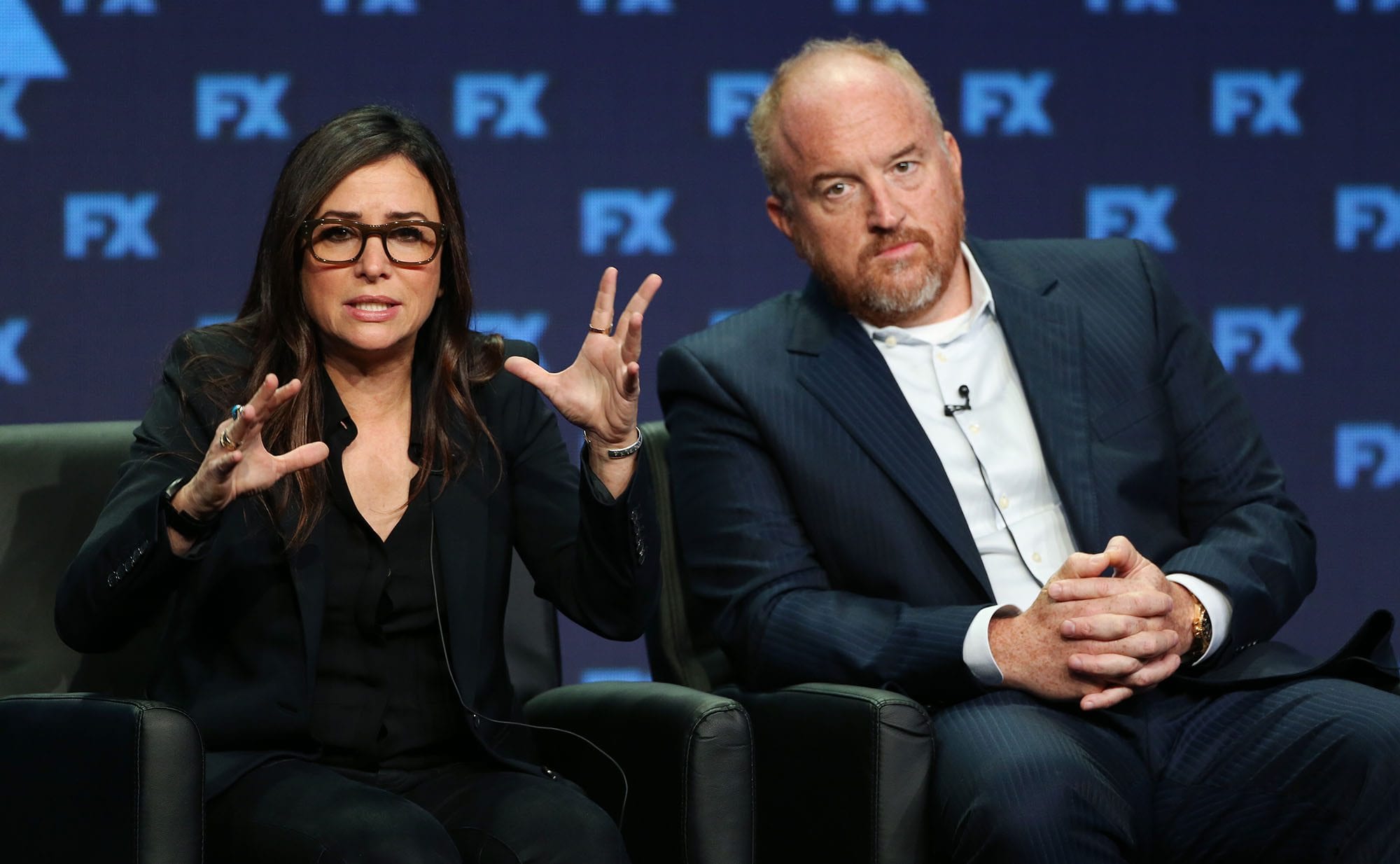 Daniels went on to muse that this might not necessarily relate to overt sexism, but that “these people were just writing about themselves.” This issue translates with regards to how women are represented on screen and how their stories are told. Perhaps no one has made this quite so clear as indie producer Ross Putman, who launched the Twitter account @femscriptintros in 2016 to share some of the most offensive introductions for female characters that he has read in movie scripts over the years.

Entries include: “JANE pours her gorgeous figure into a tight dress, slips into her stiletto-heeled fuck-me shoes, and checks herself in the dresser mirror,” and, “JANE, 28, athletic but sexy. A natural beauty. Most days she wears jeans, and she makes them look good.” Clearly if we want female characters with more depth than having the ability to make jeans look good, changes need to be made in the writing room.

Recent years have shown this frat house culture starting to change and this is only set to shift even further as the entertainment industry wakes up to its diversity issue in the wake of the sexual harassment scandal. And it’s not just women who are fighting for these changes – at ATX, when asked how a showrunner can put his or her writers in a position to succeed, Ryan noted the importance of leading by example:

If, in the first day of work, you’re making crude jokes about women sexually or you’re making ethnic jokes, people are going to think that’s how the show is going to run.” Avoiding these jokes is crucial, but so is taking on board a diverse staff. “That means diversity of gender and race, but also geographic diversity and diversity of thought. 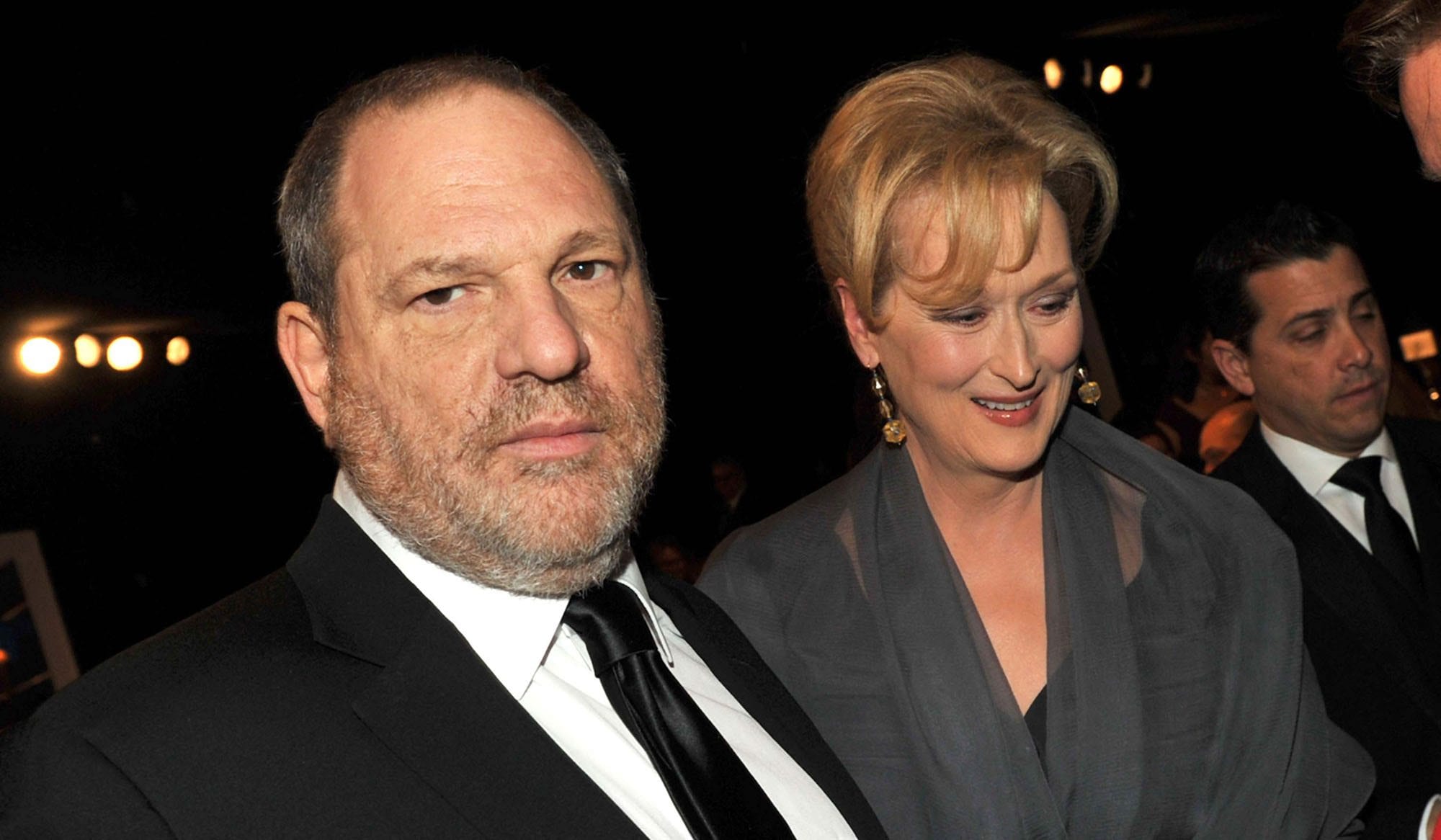 Tigelaar also spoke up and was honest about how she had previously overlooked the importance of diversity. For example, when she was hiring writers for Life Unexpected, she recalls centering on the scripts of those she liked in meetings and the writers who were going to complement each other. “When I thought I was being thoughtful, I was being thoughtless,” she acknowledged. “Now, obviously, I’m thinking about it in a much deeper way.”

While there’s still some way to go with regards to gender parity in the writing room, the fact that writers – both male and female – are experiencing introspection and taking action to make changes behind the scenes shows that a shift is occurring and showrunners are moving outside of the traditional system to fill the writers room with talent from all walks of life. Not just the “single, white male” slot. 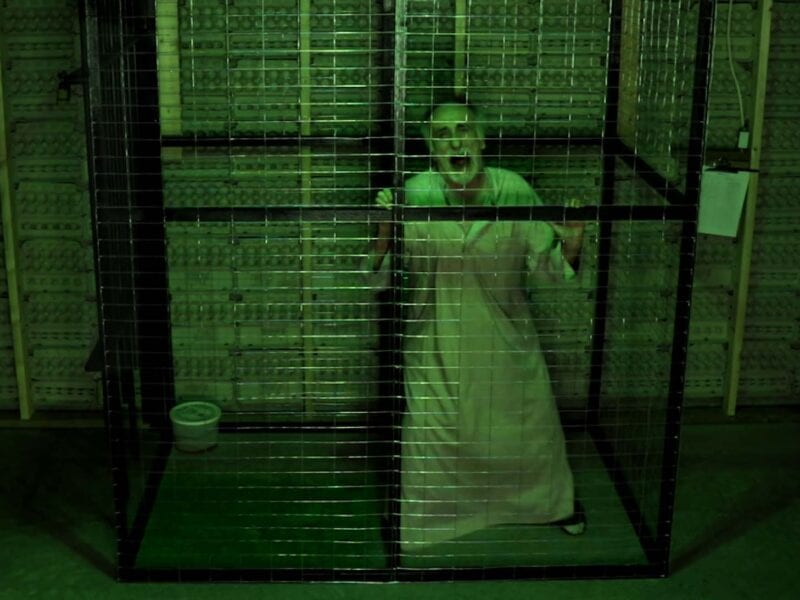