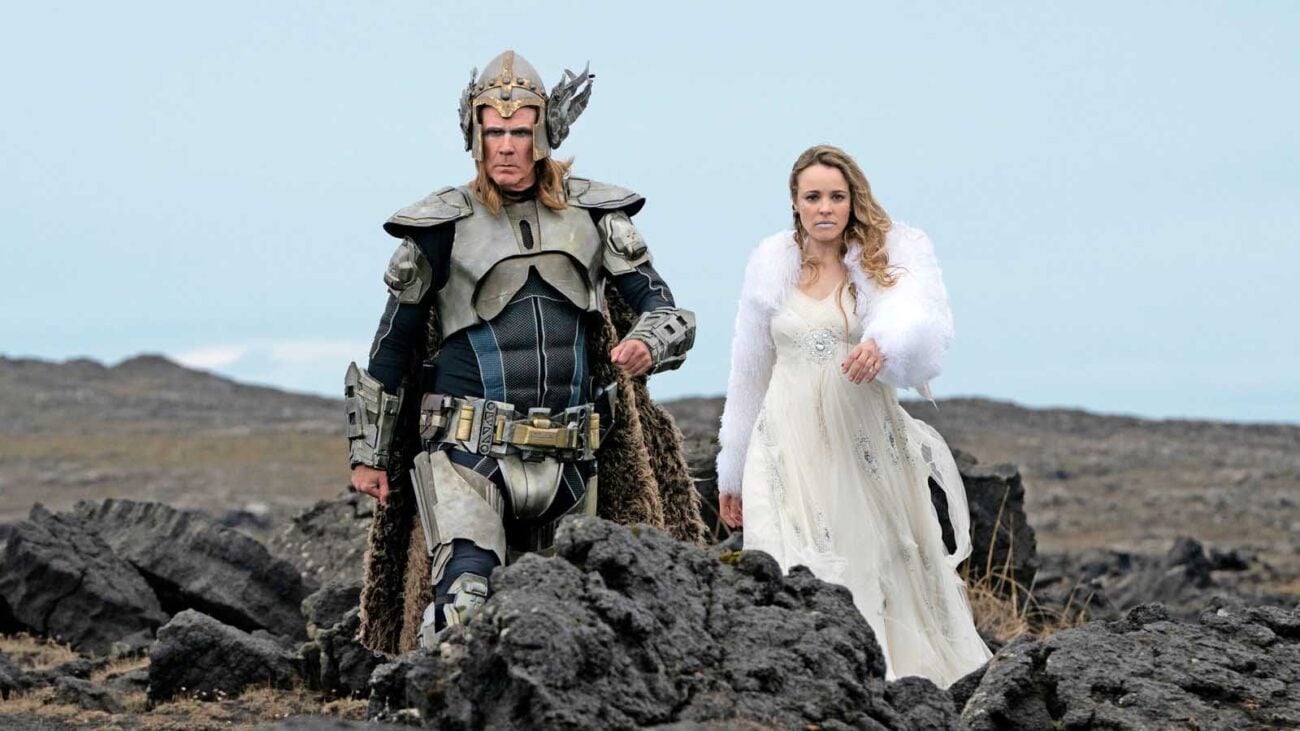 Take a break with something fun: All the movies on Netflix that fit the bill

Sometimes it seems like the only kind of movie that gets made these days are dark, depressing, dystopian, or all three of those things.

Sometimes we just want escapism! We want to have fun and giggle the night away with questionable plots. This means we need fun movies. In fact, we super extra recommend fun movies when you’re having a movie night with friends. It’s way more fun to watch something wacky & crack jokes than it is to watch something serious in dead silence.

So, if like us you’re trying to figure out what fun movies are available on Netflix, allow us to make some of our favorite recommendations.

This Netflix original stars Will Ferrel & Rachel McAdams. It’s about two Icelandic musicians who have dreamed of representing their country at the European song contest called Eurovision.

The movie is a wacky hero’s journey with a sprinkling of romcom. It has some weird costumes, outlandish situations, a tiny bit of magic, and a plot that will have you rooting for a happy ending from the very beginning. Oh also, it’s kind of a musical so prepare to have some songs stuck in your head after watching.

The movie intentionally doesn’t take itself very seriously and that really makes the movie enjoyable.

True Memoirs of an International Assassin

Ever wonder what Paul Blart would be like if he was an international spy? Wonder no longer because True Memoirs of an International Assassin stars Kevin James.

This plot is hard to follow at times and is definitely a little bit crazy, but that makes this Netflix original a perfect movie night flick. (We say this from experience.)

From pushing movie physics to questionable limits to an abundance of action this movie is definitely fun even if it isn’t necessarily substantive. If you want some silly jokes and a few explosions then pull this movie up and enjoy it with a big bowl of popcorn & a semi-strong beverage of your choice.

Yet another Netflix original, Set it Up, is a light-hearted romcom. If you like romcoms you’ll like this movie. We’re not always the biggest fans of romcoms, but we actually still really enjoyed this one.

It’s a fun office tale where two assistants work for absolutely tyrannical bosses so they figure “hey if they get together & get laid maybe they’ll be nicer”. The two work to manipulate their employers, but this means they end up spending a lot of time together talking about romance. The perfect romcom setup.

If you want a fun movie where you know the conclusion before you even press play then Set it Up is a great place to start.

Steven Spielberg, Robin Williams, Dustin Hoffman, and Julia Roberts! This star-studded family-friendly watch is a classic must-watch. If you’ve never seen it, then you absolutely have to. And if you have seen it it’s a great nostalgic watch.

Watching the late & great Robin Williams grumpily learn the rules of Neverland will always be an absolute delight no matter your age.

Since Hook isn’t a Netflix original it’s possible that it could be removed from the platform at some point, so watch it while you can.

Adam Sandler pretty much always delivers on the fun even if you don’t want to call it “quality”. His absurdist style of comedy is sure to make you laugh whether you think it’s legitimately funny or you’re just thinking “I can’t believe someone made this film”.

Jennifer Anniston plays Sandler’s wife of fifteen years. The couple finds themselves invited to a very exclusive multi-day yacht party only to end up in a classic murder mystery whodunit . . . hence the movie name.

Murder Mystery is a Netflix original, so unlike Hook, you won’t have to worry about it ever being removed from the platform.

Need a wacky sci-fi for movie night? Jupiter Ascending will fit the bill nicely. This visually extravagant movie takes itself more seriously than it probably should, but it’s definitely a fun watch.

The plot feels complicated at times and there are many moments that will be crazy enough to make you laugh out loud – but if you’re reading this list that’s exactly what you’re looking for – it turns out that if you’ve never been stung by a bee you might be space royalty. 🤔

The movie stars Mila Kunis & Channing Tatum. Sadly, the film was poorly received (it has a 5.3 out of 10 on IMDb), but if you’re looking for fun and nothing else then we stand by the idea that Jupiter Ascending is good entertainment – we’d even watch a sequel. As a bonus: it’s made by the Wachowskis – however, they didn’t make it for Netflix, so watch before it leaves.