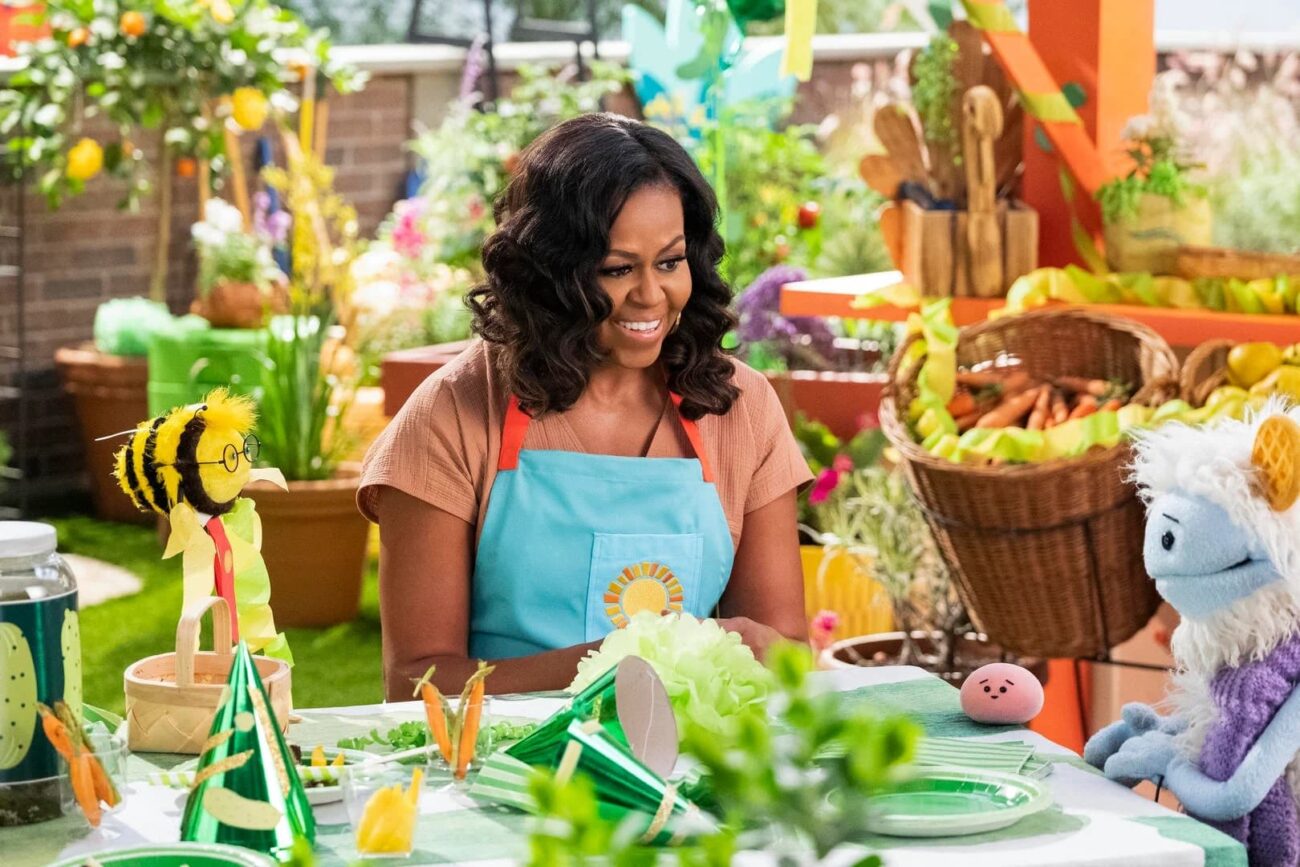 The Obama’s first Netflix show is here: All the deets on ‘Waffles + Mochi’

Barack & Michelle Obama have been busy since they left the White House in 2017. Taking a (tiny) step away from politics, the couple started a production company, signed a multi-year deal with Netflix, produced an Oscar-winning documentary, wrote a memoir each, and overall remained the superstars of the Democratic Party.

The next logical step would be to create a children’s TV show, of course. Waffles + Mochi is an upcoming Netflix cooking series starring Michelle Obama and aimed at teaching kids how to eat more healthily. Sounds on-brand for the former First Lady, who will be flanked by the two titular puppets, Waffles & Mochi, in every episode.

I’m beyond thrilled to share that on March 16, I’ll be launching a new show on @Netflix called Waffles + Mochi! I'm excited for families and children everywhere to join us on our adventures as we discover, cook, and eat delicious food from all over the world. pic.twitter.com/dedUWMp9SY

Waffles + Mochi sounds like a bit of a Netflix acid trip, and it’s even trippier if you imagine it came from the mind of Michelle Obama. According to the official show synopsis, Waffles & Mochi are two best friends who share a dream to become chefs. Unfortunately, perhaps because they live in “The Land of Frozen Food”, everything they cook is made of ice (getting a little heavy-handed there, Mrs. Obama).

Waffles & Mochi’s luck takes a turn when they’re hired at a whimsical supermarket run by Michelle Obama, making her on-screen original Netflix debut (let’s not count the behind-the-scenes material from American Factory.) However, she might be overshadowed by the “magical flying shopping cart” that will serve as Waffles & Mochi’s guide in their travels.

Their travels? Correct. The gimmick of the show (you know, besides having Michelle Obama as the owner of a Netflix supermarket) is to have Waffles & Mochi go on “global ingredient missions” around the world. This is basically an excuse to have the duo visit kitchens, restaurants, farms, and homes all over the planet. Along their journey, Waffles & Mochi – and the audience – will learn about healthy eating. 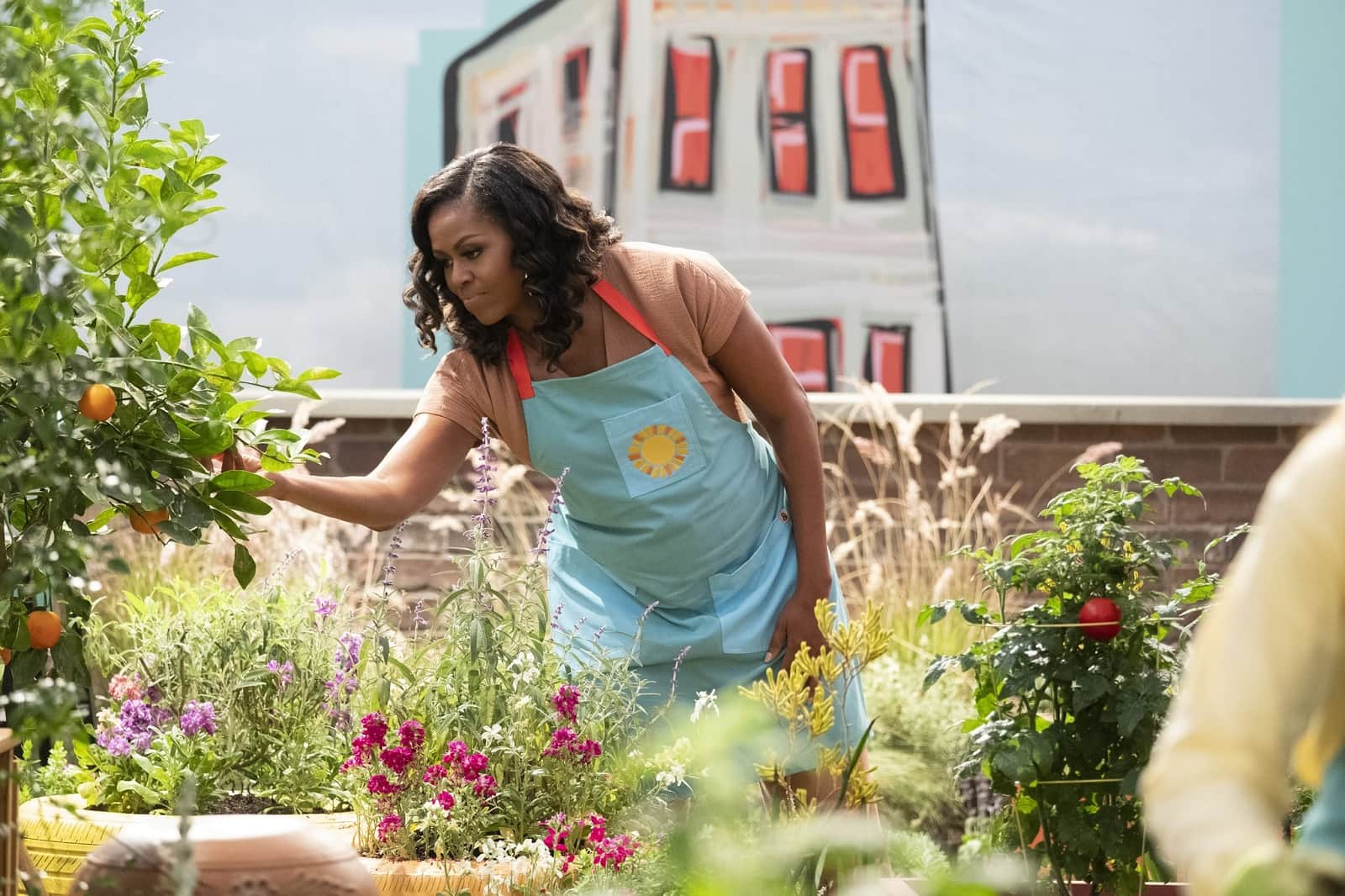 Waffles + Mochi comes courtesy of Higher Ground Productions, like other Obama projects at Netflix such as American Factory, Crip Camp, and Becoming. The ten-episode series is executive produced by the Obamas with co-creators Jeremy Konner & Erika Thormalen. If Konner’s name seems familiar that’s because he also co-created Drunk History. Versatility, thy name is Jeremy Konner.

Back in 2018, Barack & Michelle Obama secured a deal with Netflix with the goal to work on scripted & unscripted series, as well as docu-series, documentary films, and features. The former First Lady expressed her drive to dive into showbiz in an interview with Variety: “Barack and I have always believed in the power of storytelling to inspire us, to make us think differently about the world around us.”

As such, Waffles + Mochi is a natural extension of Michelle Obama’s crusade to improve children’s health, which started in 2010 with her “Let’s Move!” initiative. The campaign’s goals were to reduce childhood obesity and encourage active lifestyles. Now, with the power of Netflix in her arsenal, Michelle Obama is back for a second round against junk food and poor dietary choices. 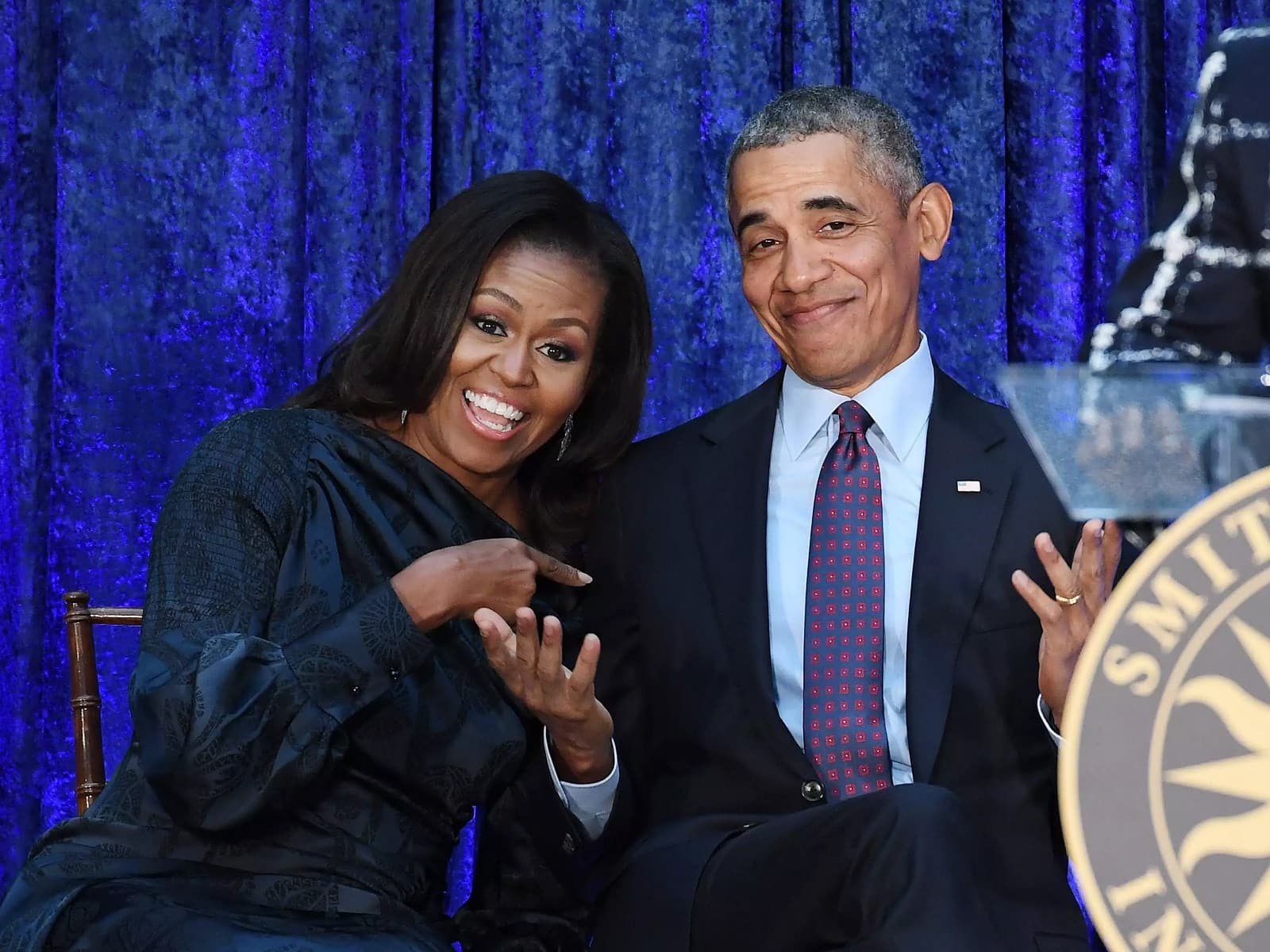 Waffles + Mochi is far from the only Netflix project announced by Barack & Michelle Obama. On Friday, the power couple’s production company released information about a bunch of upcoming movies and series currently in development. Among them: Exit West, an adaptation of Mohsin Hamid’s critically-acclaimed novel, and Satellite, a science fiction feature developed for Rian Johnson & Ram Berhman’s T Street.

Higher Ground Productions is also working on a movie based on the true story of Tenzing Norgay, the first man to ever reach the summit of Everest. And then there’s The Young Wife, a mysterious project from writer/director Tayarisha Poe.

As far as TV series, the Obamas are developing Firekeeper’s Daughter, based on the unpublished debut novel from Angeline Boulley (set to be published this Spring). Higher Ground Productions is also working on a docuseries exploring national parks & wild spaces on Earth: Great National Parks.

Michelle Obama’s newest passion project, Waffles + Mochi, will be released on Netflix on March 16th. Does it sound like something you may watch? Let us know in the comments!