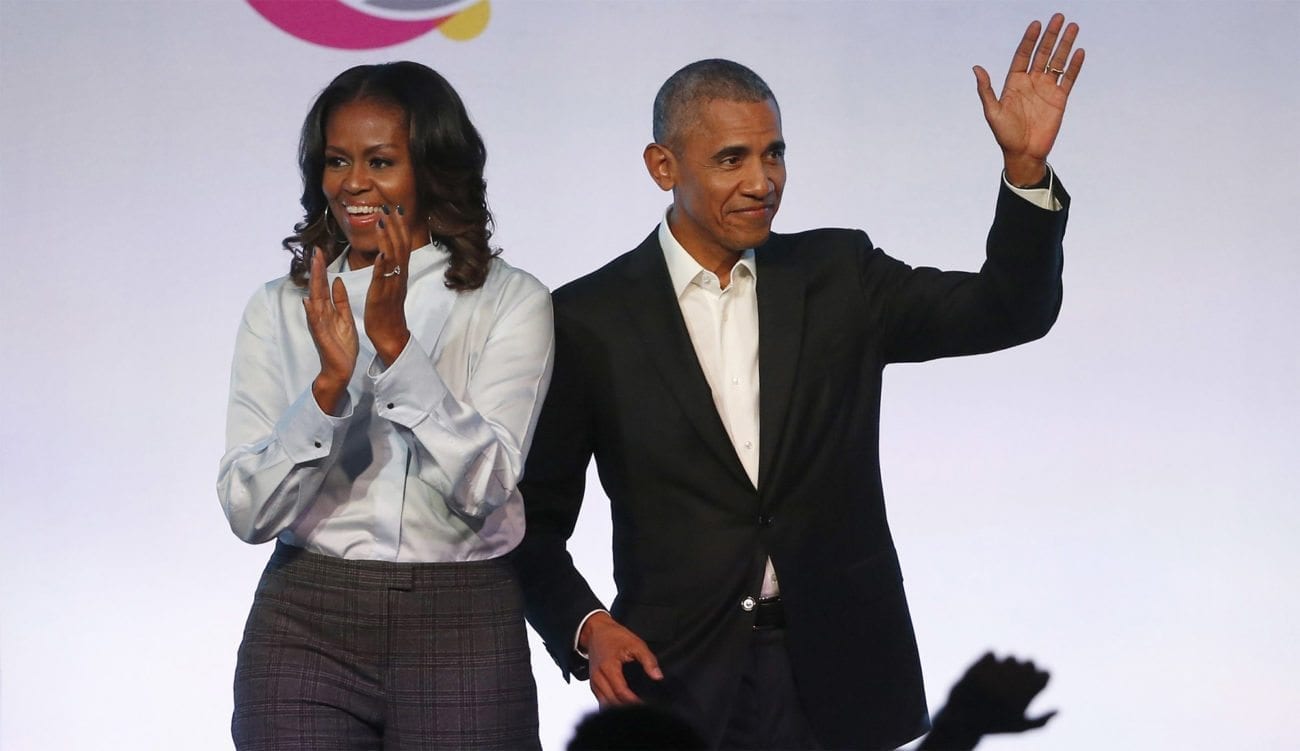 Obama’s Netflix: Politicians who took a seat in the director’s chair

When you think of the worlds of politics and film colliding, you tend to think of all the actors who decided to have a go at the whole governing thing (we’re looking at you, Arnie). But in some instances in cinematic history the opposite has happened and respected politicians have used their persuading power to bag them a totally different kind of seat – the director’s chair.

This is the fate for former President of the United States and First Lady Barack & Michelle Obama, who announced a production deal with none other than Netflix last year to produce films and shows for the streaming behemoth.

This landmark deal potentially includes scripted series, unscripted series, docuseries, documentaries, and features, all of which will be produced through their recently launched Higher Ground Productions. And you wonder how politicians magically become so wealthy. It’s not only regular graft and fraud, but ostensibly above-board media deals, too!

In a statement shared by Netflix, Obama explained how he and Michelle “hope to cultivate and curate the talented, inspiring, creative voices who are able to promote greater empathy and understanding between peoples, and help them share their stories with the entire world.”

In case you were wondering, the Obamas won’t be using the platform to trash talk Donald Trump and the Republicans, but will instead be taking the higher ground (get it?) and lifting up “stories of people whose efforts to make a difference are quietly changing the world for the better.”

Sounds like an ambitious project for an ambitious couple – will they succeed in creating impactful and entertaining content? Time will tell (and we have sincere doubts). While we wait, let’s check out some of the other politicians who leaped into the world of filmmaking and see how they got on.

As many of you well know, Al Gore – who served as the 45th Vice President of the US from 1993 to 2001 under Bill Clinton – has devoted a lot of his political life to highlight and fight environmental issues. As a prominent author and environmental activist, his work in climate change activism earned him the Nobel Peace Prize in 2007 and also led him to the creation of the 2006 documentary An Inconvenient Truth along with director Davis Guggenheim.

In the film, Guggenheim follows Gore on the lecture circuit as he campaigns to raise public awareness of the dangers of global warming and calls for immediate action to curb its destructive effects on the environment. The movie was such a success and had such an impact on its viewers that it won an Academy Award for best documentary.

Gore went on to stand in as writer for the 2017 followup An Inconvenient Sequel: Truth to Power and inspired many documentary filmmakers including Kip Andersen, who cites the ex-VP in his 2014 film Cowspiracy.

Mrazek – politician, filmmaker, author, and all round badass. As a former Democratic member of the United States House of Representatives, Mrazek represented New York’s 3rd congressional district on Long Island for most of the 80s. Let it be known that Mrazek previously attended the London Film School in 1968 but decided to go into politics for one of the most honorable reasons ever.

As The Atlantic pointed out, “after the assassinations of Martin Luther King and Robert Kennedy, Mrazek says his fledgling film career felt ‘kind of trivial’. So he came back to the states, where he went to work for the anti-war Indiana Senator Vance Hartke before launching his own political career.”

After doing his bit, the ex-politician decided enough was enough and retired from the game to write military-themed novels and nonfiction. You do you, Mrazek! Since 1993 he’s written eight books, but he also never lost his love for the big screen and went on to write and co-direct his first film, The Congressman.

Released in 2016, the film follows a congressman named Charlie Winship (Treat Williams) who visits his home state of Maine in the midst of a scandal. As Mrazek himself put it when discussing his newfound filmmaking career, “I feel that I took a detour for 30 years.”

Okay, so Sergiu Nicolaescu sort of started his political career after he’d already built up his skills as a filmmaker, but the prolific and popular director known for his historical epics is definitely worth a mention. With over 60 films under his belt – such as Duelul, Revansa, and Un comisar acuză – Nicolaescu was considered during his lifetime and still to this day the most loved and prolific Romanian movie director of all time.

With a career spanning 55 years, fulfilling various roles as director, actor, and writer, many of Nicolaescu’s movies are centered around events or figures in Romanian history. Even more outstanding is the filmmaker took a leap into the world of politics during the 1989 Romanian Revolution and was elected to the Romanian Senate in 1992 as a member of the Romanian Social Democratic Party.

Although Nicolaescu eventually revealed he was not happy with his decision to go into politics, there’s no denying he played an important role in the revolution and showed admirable stamina as he continued to direct films such as Oglinda and Orient Express despite his busy political schedule.

Many of you will have seen the 2016 film Weiner – a documentary following Anthony Weiner’s quixotic (and failed) attempt to shake off the criticism of his sexting scandal and become mayor of New York City.

It was an interesting and insightful watch, one that could only have been made by someone who had lived it. That coincidentally was the case, as Weiner’s former political aide Josh Kriegman worked for him before ditching politics to pursue a career in filmmaking.

In an interview with GQ, Kriegman said: “I actually met (Anthony) years ago, working in politics. I was his Chief of Staff for a couple of years when he was in Congress, working in his district. I had gotten to know him well, and knew just from working with him that he was a really fascinating person.” From there, Kriegman teamed up with co-director Elyse Steinberg and Weiner was born.