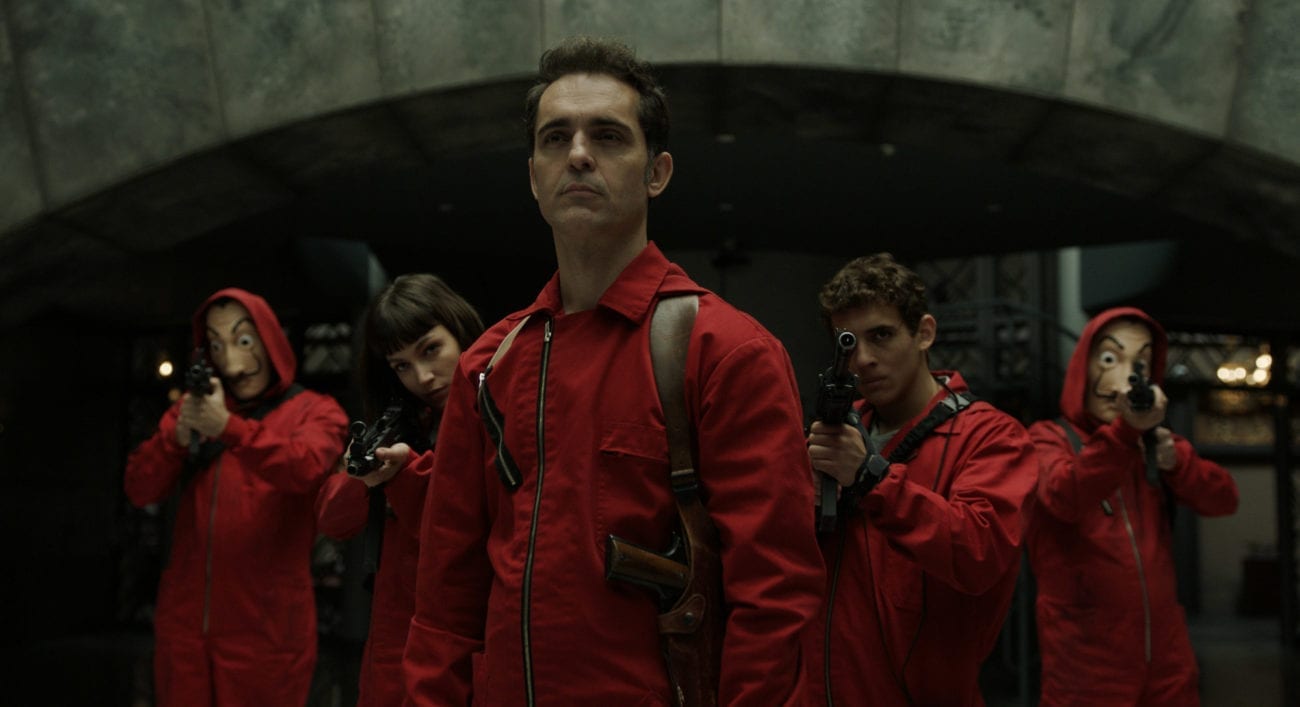 Foreign language Netflix Originals to look forward to in 2018

This weekend saw the release of two new foreign language Netflix Originals – Sacred Games and Mr. Sunshine. The former is an eight-part show about a Mumbai police officer on the hunt for one of the city’s most notorious crime lords, played by Hindi cinema royalty Nawazuddin Siddiqui (The Lunchbox). The latter is a South Korean period drama written by Kim Eun-sook and directed by Lee Eung-bok (Descendants of the Sun).

These (very bingeworthy) new shows are just two examples of the content push contributing to the streaming giant’s efforts to expand its foreign footprint and showcase diverse and wide-ranging stories from across the globe. With millions of subscribers dotted in 190 countries, Netflix continues to diversify its slate and this includes a number of original foreign language shows and films made outside of the US with non-native English speaking actors.

To celebrate the streaming giant’s dedication to providing us with exciting, diverse voices and stories from all over the planet, here are ten upcoming foreign language Netflix Originals to look forward to over the next year. These films can also help you on your journey to learning a foreign language.

La Casa de las Flores is an upcoming Spanish-language dark comedy centering on a dysfunctional high-class Mexican family running a successful flower business. Because who doesn’t love a bit of upper-class hedonism and some stunningly beautiful bouquets? Expect plenty of twists, scandals, and OMG moments when the first season hits next month.

After becoming the “most-watched entirely non-English show,” it’s no surprise audiences are jonesing for Dark’s return. Although there’s no official release date to speak of yet, we do know the German-language, Stranger Things-esque drama will be headed back to Netflix for a second season. So hold tight, folks – more on this to come!

If you’re looking for your next horror show obsession, Ghoul could most definitely be it. Based on Arabic folklore, the Indian-language show is set in a covert detention centre and follows a newly-minted interrogator named Nida who turned in her own father as an anti-government activist. Little does she know some of the terrorists held there are not of this world. Written and directed by Patrick Graham (Slaughterhouse) and starring Radhika Apte (Lust Stories) and Manav Kaul (Wazir), Ghoul offers a supernatural twist to an already gripping thriller.

We can’t wait for Belgian director Lukas Dhont’s (Headlong) stunning coming-of-age drama Girl, centering on a 15-year-old girl, born in the body of a boy, who dreams of becoming a ballerina. While many are debating whether a cisgender actor (Victor Polster) should have been cast as the lead, Dhont has been praised for his empathetic tackling of the subject matter, with Indiewire stating: “Few narrative dramas (if any) have more sensitively explored the nuances of growing up transgender, the bravery required to transition, and the struggle for self-acceptance that can motivate or define that process.”

Filming is underway for the Swedish original series from directors Per-Olav Sørensen (Nobel) and Lisa Farzaneh (Syrror) and writer Camilla Ahlgren, who adapted the story from Malin Persson Giolito’s best-selling novel. Starring Hanna Ardéhn (The Name of the Game), William Spetz (Solsidan), and Felix Sandman (We Are the Best!), the story centers on a high school shooting in Stockholm’s wealthiest suburb. When a regular student finds herself on trial for murder and the events of that tragic day are revealed, so too are the private details about her relationship with her lover and his dysfunctional family.

The Mexican Netflix Originals show had a solid season debut last year, but the only problem is it left an Ingobernable-shaped hole in our watching schedules after we binged the entire fifteen episodes in one sitting. Luckily, we’ve only got a couple more months to wait until season two hits Netflix, with a followup to the story about the First Lady of Mexico who has big plans to improve conditions for the country. It’s empowering, captivating, and unmissable – be sure to tune in when S2 drops.

Per Netflix’s description, Génération Q is an eight-episode romcom show set in a modern-day Paris, following a group of friends who rally around their perpetually single, unlucky in love girlfriend Elsa. In a misguided attempt to build back Elsa’s confidence, they hire a male escort to renew Elsa’s faith in dating, relationships, and finding love. No doubt this rather quirky solution to their buddy’s singledom will have all sorts of hilarious consequences!

We’ve said it once and we’ll say it again: Money Heist is the most addictive show on TV and if you haven’t yet binged the entire first season of the Spanish-language crime drama – in which an enigmatic character called The Professor (Álvaro Morte) plots to carry out the biggest robbery in history – you’re a damn fool! With season two on the way, you’ve got plenty of time to fill those chops before it drops.

Writer & director Alice Rohrwacher’s Happy As Lazzaro centers on a good-hearted young peasant (Adriano Tardiolo) and a young nobleman (Luca Chikovani) cursed by his imagination, who form a life-altering bond when the former asks the nobleman to help him orchestrate his own kidnapping. The film proved a hit at this year’s Cannes, making it one to watch when it hits Netflix in September.

Based on the true story of the lesbian pioneers who fooled the Catholic Church, director Isabel Coixet (The Secret Life of Words) has adapted the inspiring story for the big screen, chronicling the story of the first homosexual marriage ever registered in Spain. Starring Natalia de Molina (Food and Shelter), Greta Fernández (Embers), Tamar Novas (Broken Embraces), Sara Casasnovas (Day Release), and María Pujalte (In the City).