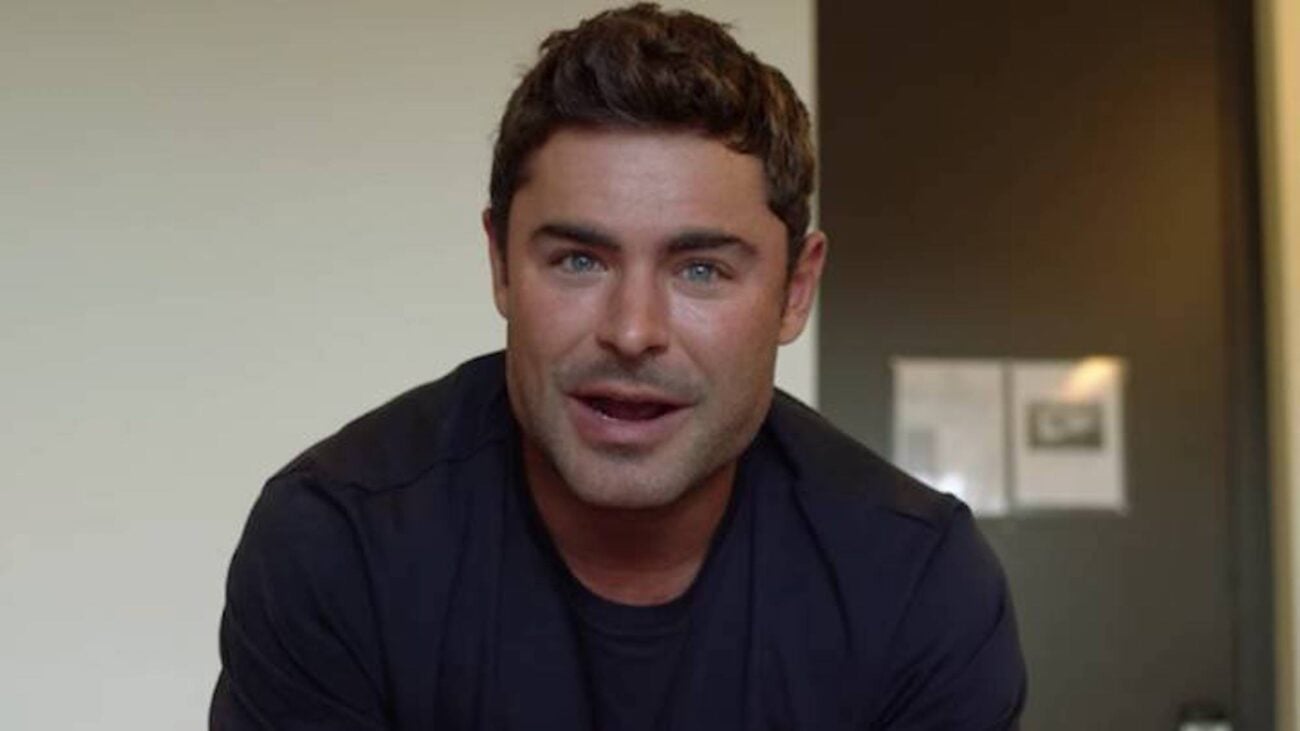 Zac Efron became a sensation when he starred as Troy Bolton in the High School Musical trilogy. Since then, he’s been the star of other successful teen films such as 17 Again & New Year’s Eve. Efron has also starred in adult comedies such as Dirty Grandpa. In recent years, Zac Efron has made the transition towards becoming a more serious actor.

Whether you enjoy a baby-faced Zac Efron or prefer a more mature version of his acting, Netflix has the movies to satisfy you. Not only that, but Netflix has an original documentary series called Down to Earth with Zac Efron. The show follows Efron as he travels around the globe and finds out about environmentally friendly lifestyles.

Here are a few options from Zac Efron’s filmography that Netflix carries. Try not to swoon too hard. 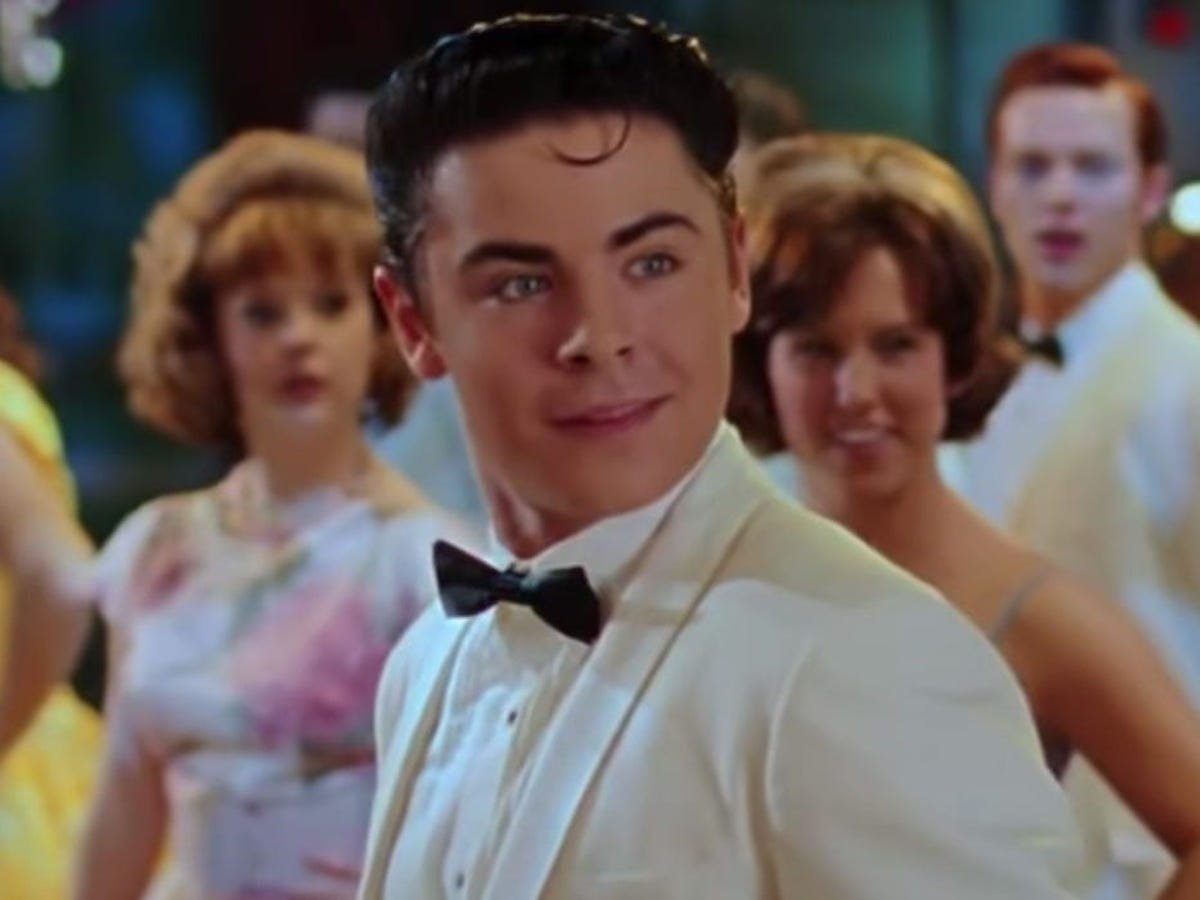 You can see Efron act in a film that put him on the map by watching Hairspray on Netflix. The movie also stars John Travolta, Michelle Pfeiffer, Christopher Walken, Queen Latifah, and Amanda Bynes. This 2007 reboot of Hairspray is based on John Waters’ 1988 version of the film and the 2002 Broadway musical of the same name.

Hairspray was released amidst the High School Musical years of Efron’s career. Thus, Zac Efron showcases his singing & dancing chops in this period piece. In the film he plays Link Larkin, a dancer on The Corny Collins Show and boyfriend to Amber (Brittany Snow). 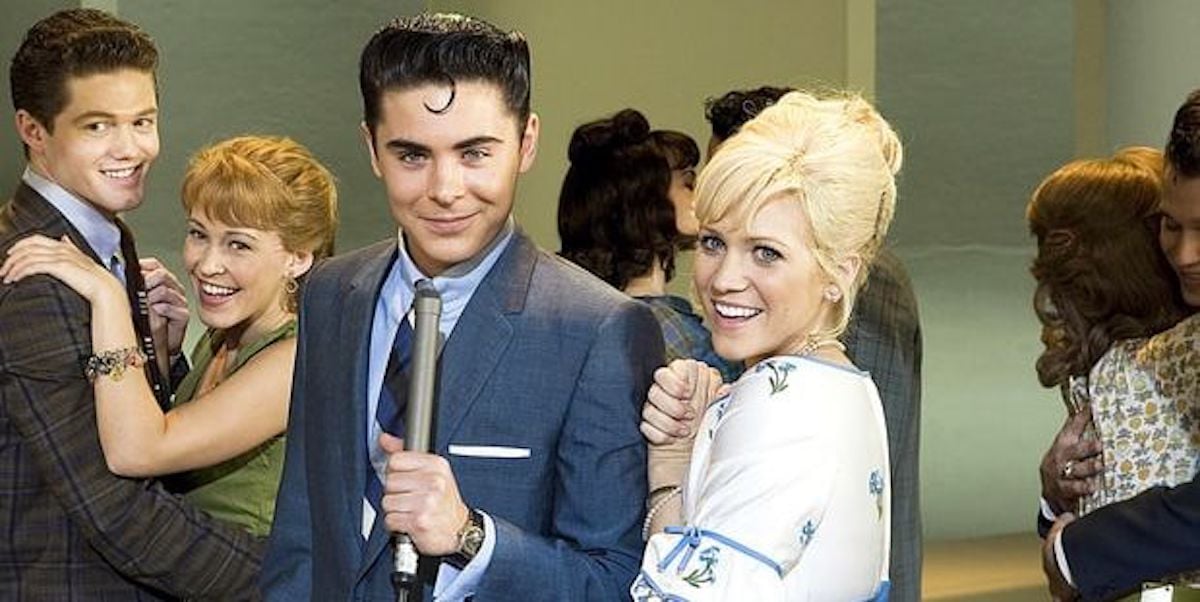 Zac Efron certainly exceeded expectations. Hairspray made it clear he was ready for larger commercial films. Zac Efron won a 2008 MTV Movie Award for Breakthrough Performance thanks to his interpretation of Link Larkin. You can watch the 2007 version of Hairspray on Netflix now. 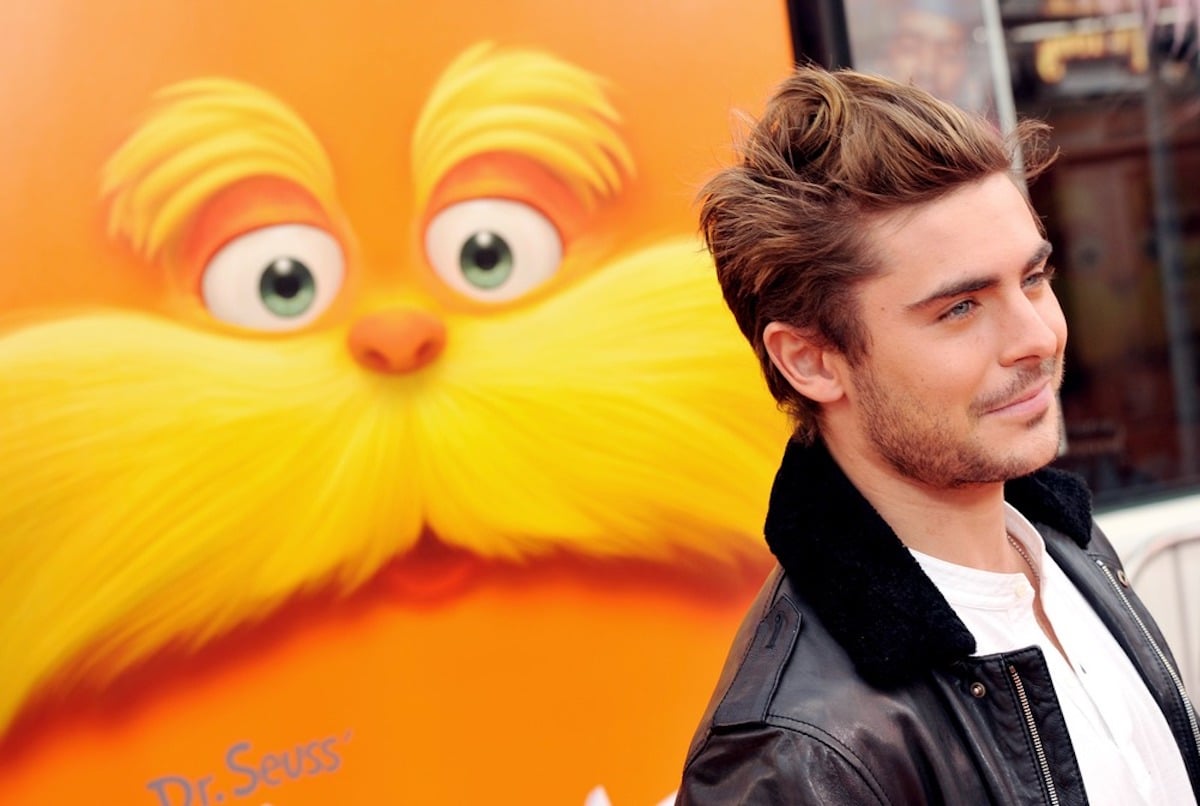 If you’re in the mood for animation yet still want your fix of Zac Efron, stream The Lorax on Netflix. This 2012 feature is Efron’s first credit as a voice actor in a movie. It also stars Danny DeVito, Ed Helms, and Taylor Swift. The Lorax is the film adaptation of Dr. Seuss’ 1971 picture book of the same name.

Efron voices Theodore “Ted” Wiggins, an optimistic preteen living in Thneedville. All of the flora in his town is fake. When Ted develops feelings for a girl named Audrey (Swift), he makes it his mission to win her heart with a real tree. A fun fact about these characters is that they’re named after Dr. Seuss (Theodor Geisel) & his wife Audrey Geisel. 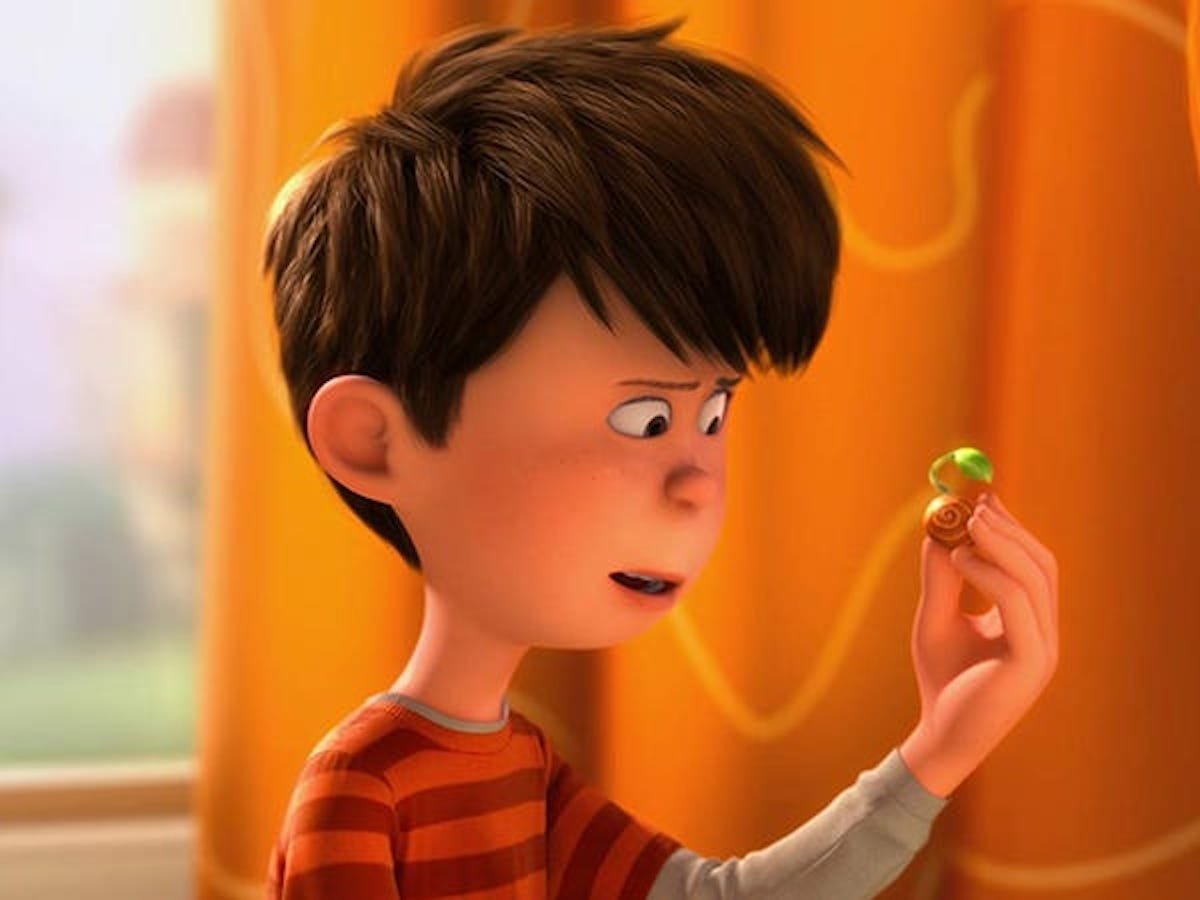 After Ted’s grandmother Norma (Betty White) tells him of the Once-ler, Ted leaves Thneedville. Outside of the city walls, Ted finds the Once-ler (Ed Helms) living in a veritable no-man’s-land. The Once-ler tells Ted what happened to the trees, yet the mayor of Thneedville (Rob Riggle) finds out. The mayor threatens Ted to stay in the city, yet Ted doesn’t listen.

The Lorax is a kid’s movie that adults can enjoy as well. It offers a nostalgia factor for anyone who read the book when they were little. It also is a poignant critique of capitalism in the age of climate change. Zac Efron is doing more voice acting. He’s listed in the cast of Scoob! & Save Ralph. You can watch The Lorax on Netflix now. 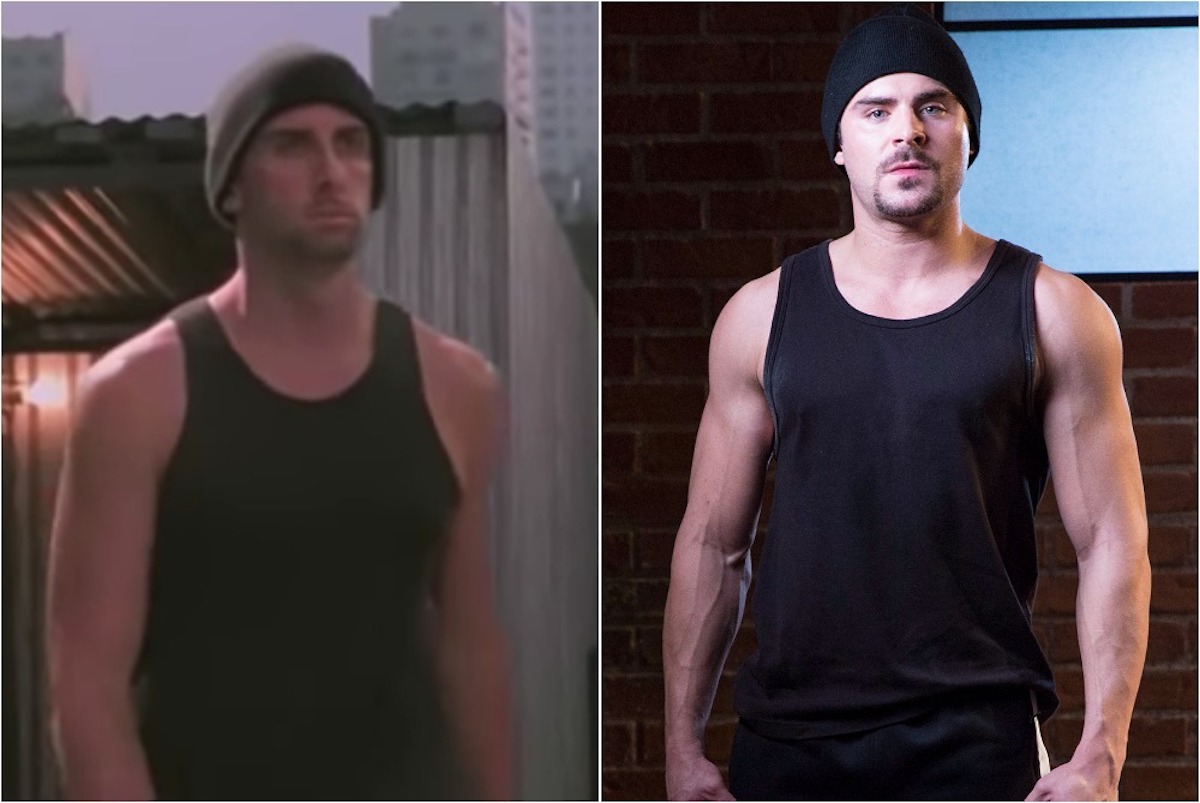 For a taste of Zac Efron’s prestige acting, watch the 2017 biopic The Disaster Artist. The movie chronicles the making of Tommy Wiseau’s 2003 film The Room, widely regarded as one of the worst films ever made. In addition to Efron, The Disaster Artist stars James & Dave Franco, Seth Rogen, and Alison Brie.

Zac Efron stars as Dan Janjigian, former Olympic bobsledder & actor who portrayed Chris-R in The Room. Chris-R is a dangerous drug dealer, which seems antithetical to Efron’s image in most films. Janjigian is referred to mistakenly as “Don” by Tommy Wiseau (James Franco). 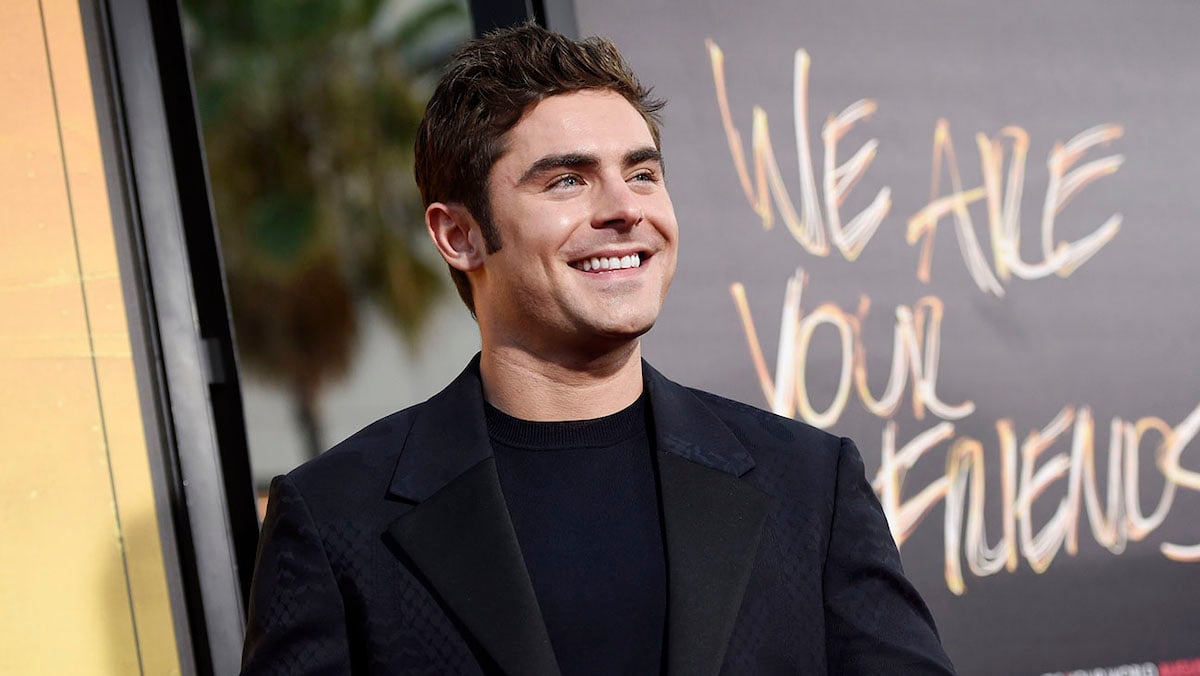 While it certainly helps to have seen the cult classic The Room before seeing The Disaster Artist, it’s still a noteworthy film. The Disaster Artist was nominated for Best Adapted Screenplay at the 2018 Academy Awards. It also won the Golden Shell at the San Sebastián Film Festival. 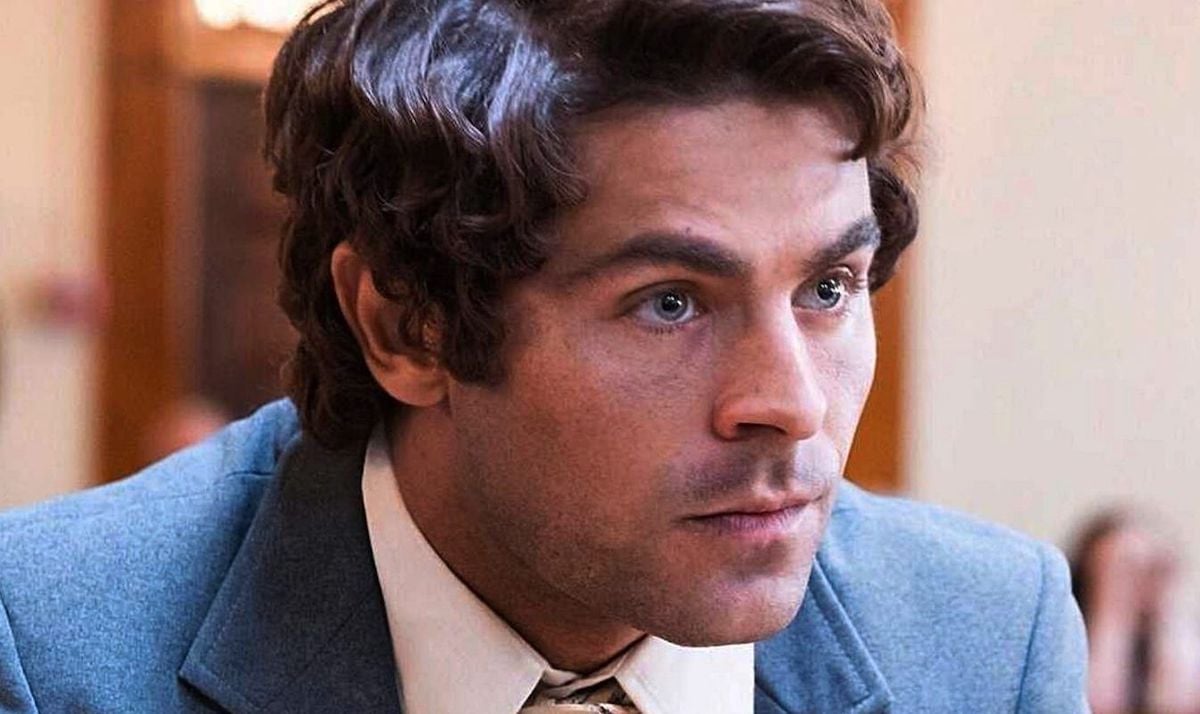 Extremely Wicked, Shockingly Evil, and Vile attempts to present a different side of Ted Bundy. The film chronicles his relationship with single mother Liz Kendall (Collins). Bundy assists Kendall in raising her daughter, yet Liz is shocked to find out that he’s been accused of terrible crimes. Liz struggles to cope with the reality of Ted being a criminal.

Extremely Wicked, Shockingly Evil, and Vile reenacts trials & major events from Ted Bundy’s life. While some have criticized the film for offering a sympathetic portrayal of Bundy, Efron’s performance still stands out. Perhaps we’ll see him in more dramatic roles as he progresses as an actor.

If you want to experience Zac Efron’s full acting range, these films on Netflix won’t disappoint. What’s your favorite Zac Efron role? Let us know in the comment section!