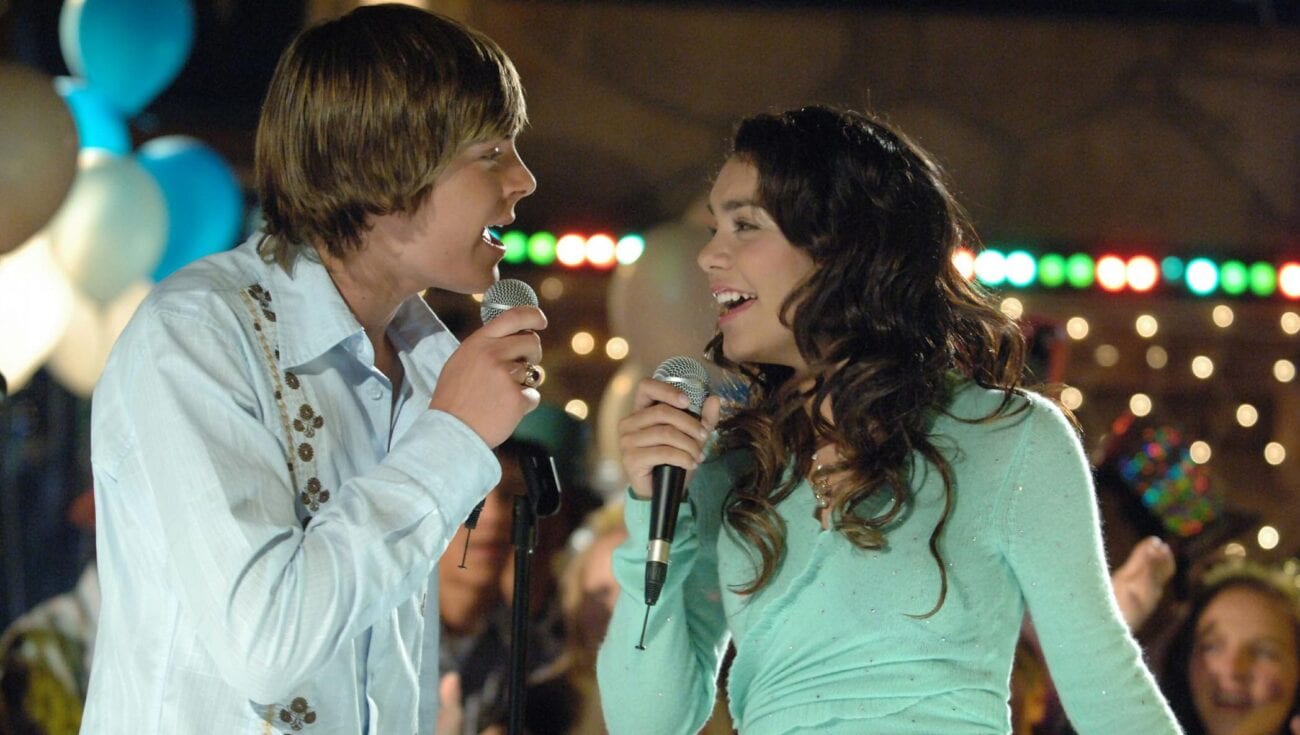 Zac Efron recently graced our screens with his stellar performance as serial killer Ted Bundy in the movie Extremely Wicked, Shockingly Evil and Vile. He was so unsettled by this role that he turned to transcendental meditation to help decompress. When an actor delivers a biographical performance, it’s a good time to look back at how far he’s come.

Of course, this includes a major throwback to the Disney days when the original High School Musical trilogy made waves. It shot the main stars to fame: Vanessa Hudgens, Zac Efron, Ashley Tisdale, among others. Troy Bolton, Gabriella Montez, Sharpay Evans, Ryan Evans. Beyond the HSM fame was a different path for everyone. Zac’s had his fair share of struggles with alcoholism & substance abuse, too.

He once shared with The Hollywood Reporter: “I was drinking a lot, way too much. It’s never one specific thing. I mean, you’re in your 20s, single, going through life in Hollywood, you know? Everything is thrown at you. I wouldn’t take anything back; I needed to learn everything I did. But it was an interesting journey, to say the least.” Let’s take a look at his early filmography that made him a household name.

The High School Musical franchise is when we first fell in love with Zac Efron. Troy & Gabriella were everyone’s favorite couple: acing it in their careers & loving each other through the ups & downs. Sharpay & Ryan were iconic in their own way. But Zac Efron stood apart not just because he was the protagonist.

Zac also delivered well in the portrayal of a wide spectrum of emotions that Troy went through — from teenage angst to budding passion, from the frustration of choices to young love — he made quite a mark with his acting.

Directed by Josh Radnor, Liberal Arts followed the story of an admissions officer in a relationship with a much younger girl, a nineteen-year-old literature student. Efron’s role as Nat was a tiny one, considering all that was going on in the movie, but if you like a movie that makes you think & reflect, Liberal Arts can provoke some deep contemplation.

One of Zac’s early successes, 17 Again sees Mike, played by Matthew Perry dissatisfied with his life. He wishes into the void to be seventeen again. One day, suddenly, his wish is granted and in a reverse Big, he’s seventeen. Zac Efron is what seventeen-year-old Mike looks like.

It was a fun but challenging role for Zac, who had to play a thirty-seven-year-old stuck in the body of a teen. Reportedly, Zac’s first reaction upon hearing of the role was: “What on earth makes you think that I’m up for the challenge of playing a 37-year-old?” The role put his acting prowess to a real test. Good for us, he came out with flying colors.

Based on Nicholas Sparks’s eponymous novel, Zac played the role of Logan Thibault, a U.S. Marine in this romantic drama. He finds the photograph of a woman when stationed in Iraq, considers it his lucky charm, and later tracks down the woman.

The Lucky One is riddled with cliches that are so typical of any Nicholas Sparks romance, so it’s not surprising that the critics didn’t like that a lot, But Zac’s performance was lauded nonetheless. He even landed Teen Choice & People’s Choice awards for his performance.

Starring alongside Seth Rogen, Rose Byrne, Dave Franco, and Christopher Mintz-Plasse, Zac Efron played the president of a fraternity house in this raunchy comedy. Neighbours may not have the most glowing reviews, but if you like a few outrageous laughs in a flick, give it a watch.