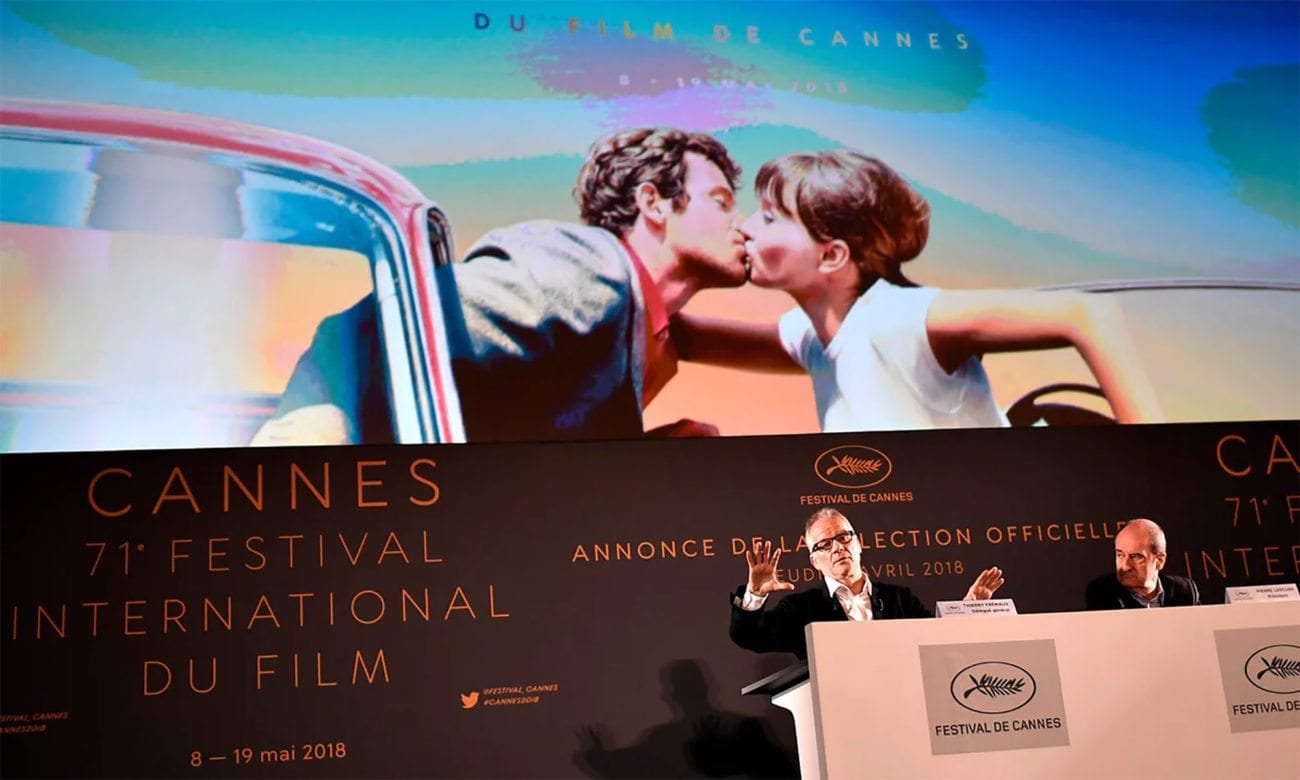 Cannes 2019: Has Hollywood’s most prestigious film festival lost its juice?

As the Cannes Film Festival opens for 2019, we’re looking back at the Cannes 2018 edition to ask the question: has Hollywood’s most prestigious film festival lost its influence?

Welp, that’s it for another year – Cannes Film Festival 2018 is done and dusted, rolling up the red carpet and waving goodbye as Hollywood’s A-listers totter off into the distance, high heels in hand. While the Cannes Film Festival is widely considered the most prestigious film festival in the world, perhaps this year has proved the old formula isn’t working. 2018 was dubbed the “worst Cannes ever”, with a notably declining party scene, archaic rules stopping stars from taking selfies, a no-show of Netflix, and no real buzz about any new films.

And while a post-Weinstein era meant a quieter Cannes over all (the festival has often been dubbed a “hunting ground” for Hollywood’s predators), the new measures put in place focused on the effect rather than the cause, by scrapping many of the usual parties and (no joke) launching a “sexual harassment hotline”.

That said, there were several moments during the climatic awards ceremony on Saturday night that reinforced the idea that this particular Cannes unfolded in a world awakened by the #MeToo movement. Actress Asia Argento (Land of the Dead) delivered a searing speech just before the first prize was announced, calling Cannes Weinstein’s “hunting ground” and admitting she was raped by the disgraced movie mogul. She declared:

“In 1997, I was raped by Harvey Weinstein here at Cannes. I was 21 years old. This festival was his hunting ground.” Argento went on to predict that Weinstein “will never be welcomed here ever again,” and, “even tonight, sitting among you, there are those who must still be held accountable for behavior that does not belong in this industry . . . You know who you are, and most importantly, we know who you are, and we’re not going to allow you to get away with it anymore.”

In addition to Argento’s speech, many headlines sang the praises of Cannes for picking out a female-centric jury – led by Cate Blanchett – that consisted of five women out of ten jurors, including Léa Seydoux, Khadja Nin, Ava DuVernay, and Kristen badass Stewart. And out of the three female directors in competition, two earned prizes from the jury.

Progress? Perhaps – but you could counter these points by questioning why the number of female directors in the Competition lineup was so abysmally low – just three (Nadine Labaki, Alice Rohrwacher, and Eva Husson) in the seventeen-strong list.

Elsewhere, in a surprise verdict the Japanese film Shoplifters from director Hirokazu Koreeda (Nobody Knows) was awarded the Palme d’Or for main feature, with Blanchett stating, “The ending blew us out of the cinema.” This marks just the second time this century that an Asian film has claimed the festival’s top prize.

Again, is this progress? Or just a further example of how Cannes is slow to keep up. Meanwhile, Spike Lee (Malcolm X) won the Grand Prix for his blaxploitation-style anti-racism satire BlacKkKlansman – a true story about an African-American detective in Colorado who worked undercover to infiltrate the Ku Klux Klan in 1979. After accepting the prize, Lee told the press, “I hope the film can globally get us out of our mental slumber, and start to get back to truth, goodness, love and not hate.”

With regards to the two female winners from the Competition, Labaki bagged the Jury Prize for her film Capernaum, a politically-charged fable focusing on a 12-year-old street urchin who sues his parents for bringing him into the world. While writer-director Rohrwacher shared the best screenplay prize for Happy as Lazzaro with Iranian collaborators Jafar Panahi & Nader Saeivar for their film Three Faces.

We’re not going to lie – we’re stoked Gaspar Noé bagged the Art Cinema Award for his mind-bending drama-horror-musical Climax, about a group of dancers in the 90s who descend into madness after being drugged. With a tagline like, “You despised I Stand Alone, you hated Irreversible, you loathed Enter the Void, you cursed Love, now try Climax,” you know you’re onto a winner.

And of course, the notoriously media shy director Jean-Luc Godard might not have been present at Cannes, but he was awarded the Special Palme d’Or for his stunning drama Le livre d’image (The Image Book).

Last but not least, in what might just be the biggest fuck you to Cannes in the festival’s history, Netflix took home two of the biggest winners despite not actually bringing any of its films to the fest. The whole Netflix / Cannes feud started when the old guard of the festival world introduced its draconian rule that effectively prevented the streaming behemoth from entering in competition.

While its movies were still granted permission to screen (nice one, Cannes), Netflix casually announced it would skip the festival entirely with all the fuss of a cool kid flicking a cigarette butt into the drain. Speaking to Variety, Netflix’s chief content officer Ted Sarandos declared, “There’s a risk in us going in this way and having our films and filmmakers treated disrespectfully at the festival. They’ve set the tone. I don’t think it would be good for us to be there.”

But just because Netflix wasn’t screening at Cannes, it didn’t mean it left the festival empty handed – far from it. A group of the service’s best buyers acquired the North American and Latin American rights to two Cannes award winners – Rohrwacher’s aforementioned Happy as Lazzaro as well as one of the event’s buzziest movies, Lukas Dhont’s Girl. As Engadget pointed out, the acquisitions “send a not-so-subtle message to the festival: it may have to embrace internet video if it’s going to remain relevant.”

That’s all from Cannes 2018, folks – the event that for some reason keeps on going. What’s in store for next year? Perhaps a texting ban? Attendants must drop off their cellphones at the gate like the naughty kids had to at school. Or maybe its organizers will go full circle and beg Netflix to bring back some much-needed flavor to its juice. We can’t wait to find out. But for now, just breathe a sigh of relief that the whole thing’s over for another year.