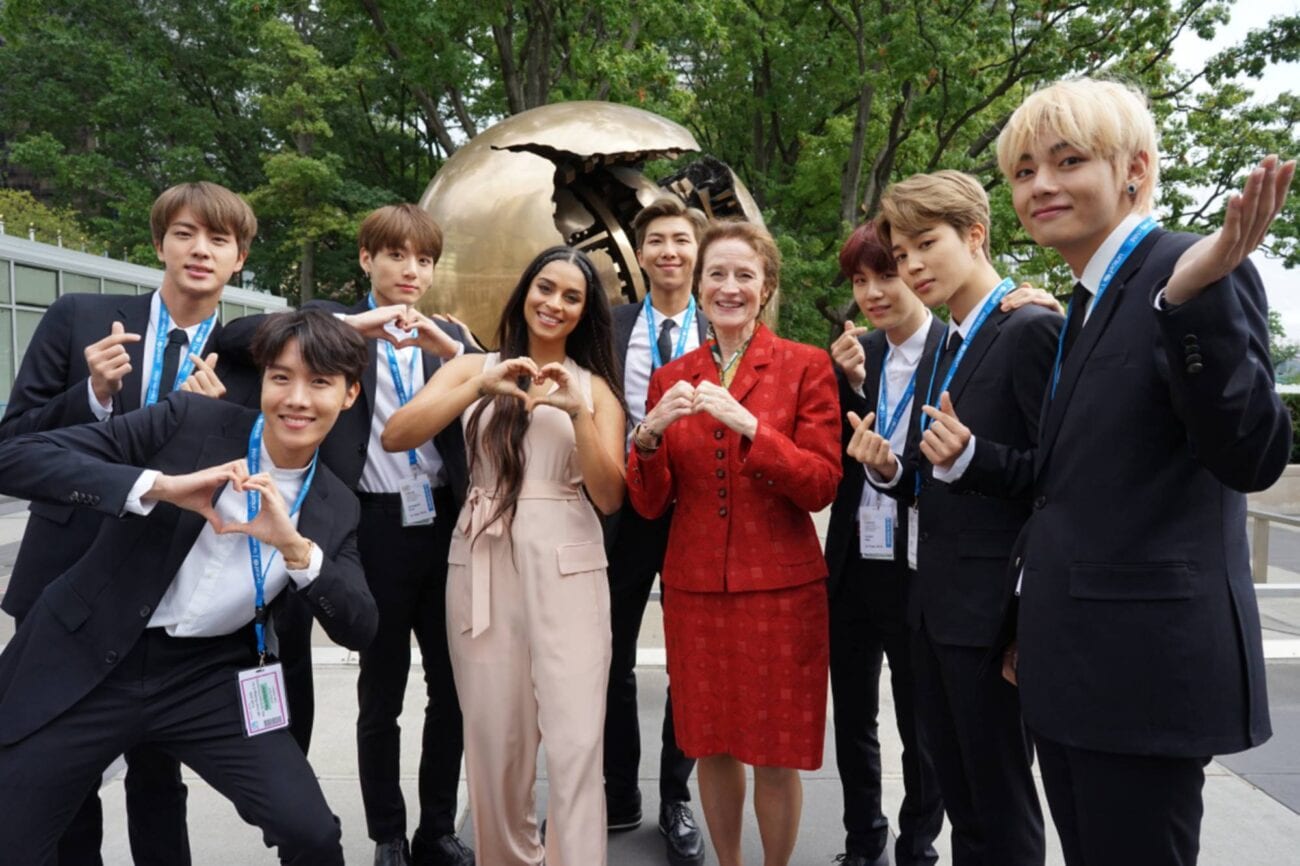 The ARMY has its own talents: Look at these stunning BTS drawings

The BTS ARMY is large and strong. People from around the world connect over their love for BTS music and its hard-working members. Jin, RM, Jimin, V, Jungkook, Suga, and J-Hope all express gratitude for their devoted fans. As with any cult following, when people love something they find ways to express that love through all sorts of mediums.

Fanfiction is probably one of the most well known categories of fan-love-gone-wild. Sites like Wattpad are absolutely full of them and some of them are stories that’ll make even the most well-read webcomic-reader blush. Fanmeets and liking every single post on your favorite hyung’s social media are also good ways to show your BTS, but fanart is the most pleasing form to look at.

Artists in ARMY have really shown off their fervent love and talent for BTS. ARMY drawings of BTS range from stick figures to amazing digital art, but who minds as long as there’s more BTS content to consume, right? We’d like to show off some of the most creative and aesthetically pleasing BTS drawings we’ve found on the web. Prepare your eyeballs – you thought BTS was attractive already, but these fan drawings are gorgeous.

This stunning portrait of V was drawn based on the BTS music video for the song “ON.” “ON” was the second single from the band’s fourth Korean-language album Map of the Soul 7. This drawing was posted by ika BE. The veiny black detail on V’s neck is great and you really get a good sense of movement in the piece. It’s almost like V’s about to dance right out of the frame.

“Dynamite”? Yeah, this is the bomb

Wow! Just look at that color palette! The music video for “Dynamite” was also boldly colorful, but the pastel shades this artist brings to this drawing is wonderful. RM looks almost otherworldly as he wistfully looks to the side of the frame. A lot of BTS photographs make us wonder what each BTS member is thinking but this drawing makes us especially curious. 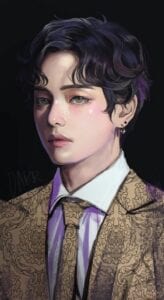 We love this portrait of V. For you anime-lovers out there, we think you’d agree it kind of gives off Ciel Phantomhive vibes. V looks mysterious & alluring against the dark backdrop and face looks like he’s about to ask “Be careful of what you’re about to say next.” While the ear could have used a bit more attention to detail, this was still a pretty awesome execution.

Agust D for the win

This pencil drawing is great. If you’ve watched the “Daechwita” music video for Suga’s Agust D mixtape you’ll recognize this outfit. Drawings done in graphite have a warm feeling to them. They almost seem rawer and closer to the subject – which of course ,is a win when it comes to BTS. 😉

Woof! This pose was already great in the music video and seeing redone here is great. The artist left this comment with the post: “Agust D. Yes. Daechwita is something I needed even without knowing it. Yoongi pls, the album is so good😭”

Is it just us, or is it super satisfying when an artist posts the before and after color images of a piece of art? This drawing looks fit for a BTS manhwa. It would be so cool to see an entire comic about how a mundane Jungkook goes about his day. 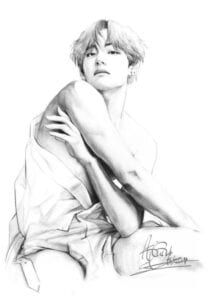 This brings us to a more sensual side of the internet. This sultry drawing of V was done by Anna Obscurial Art and has been made available on Etsy as a wall print poster. Don’t lie. You just opened another tab and put it in your cart, didn’t you?

This inky-looking digital art shows our boy doing what he does best. You can practically hear the siren song that is all of BTS music calling to you. Do your thing, J-Hope.

Last, but not least

This fan drawing shows all of our BTS boys in an angel & demon setting. Considering how they simultaneously delight ARMY and make them want to cry to sleep at night because of the distance between them, it’s pretty fitting.