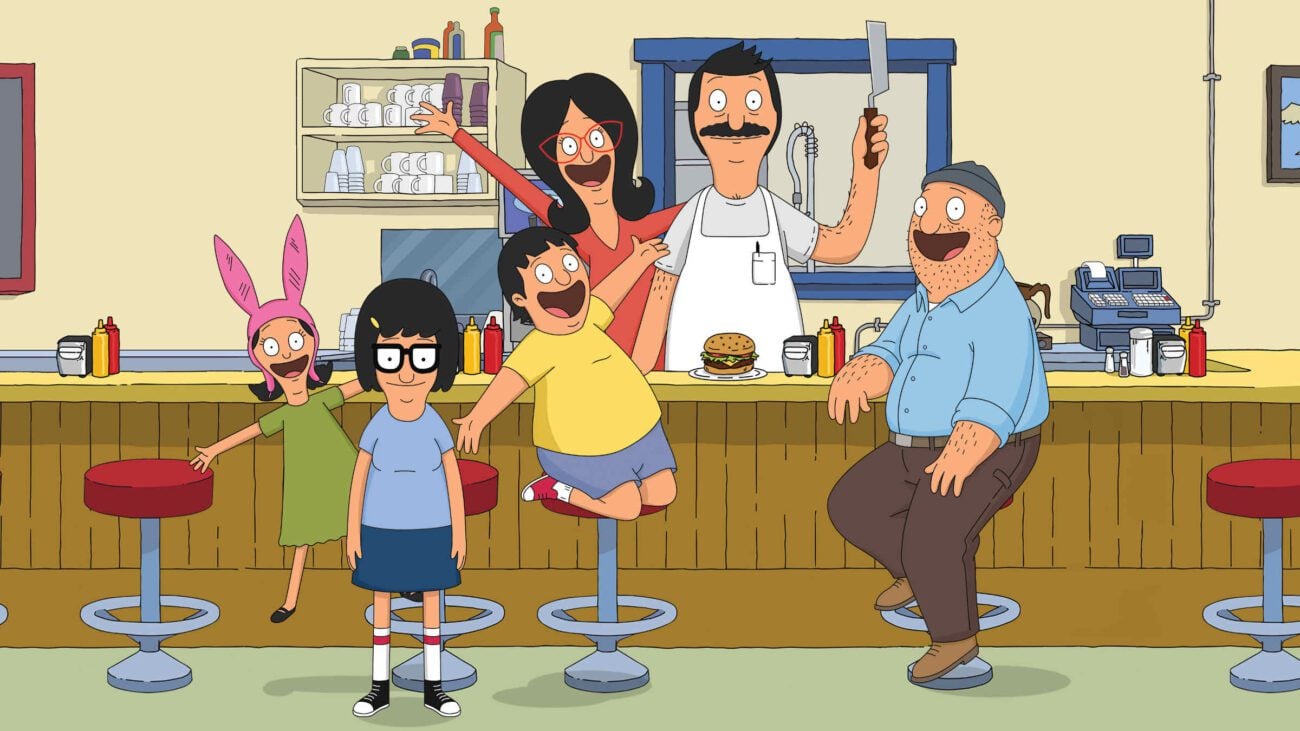 FOX’s beloved adult animation series Bob’s Burgers is in its twelfth season, leading many fans to wonder if it could be ending soon. Season ten of Bob’s Burgers had a 0.74 in the eighteen thru forty-nine age demographic. This key rating was down twenty-nine percent from season nine, having the show seemingly on the ropes.

However, we don’t have to say goodbye to the Belcher family quite yet. FOX announced that Bob’s Burgers has been renewed through season thirteen. That means that this season could feasibly be the cartoon’s penultimate one. If you’re a fan of Bob’s Burgers & want it to stick around, make sure you tune in. If you’ve never seen the show, now’s a perfect time to binge it.

Bob’s Burgers follows Bob Belcher (H. Jon Benjamin) & his wife Linda (John Roberts) as they attempt to run a diner. They’re constantly having to deal with the antics of their children Tina (Dan Mintz), Gene (Eugene Mirman), and Louise (Kristen Schaal). If you like Bob’s Burgers, here are some other adult animation shows to check out. 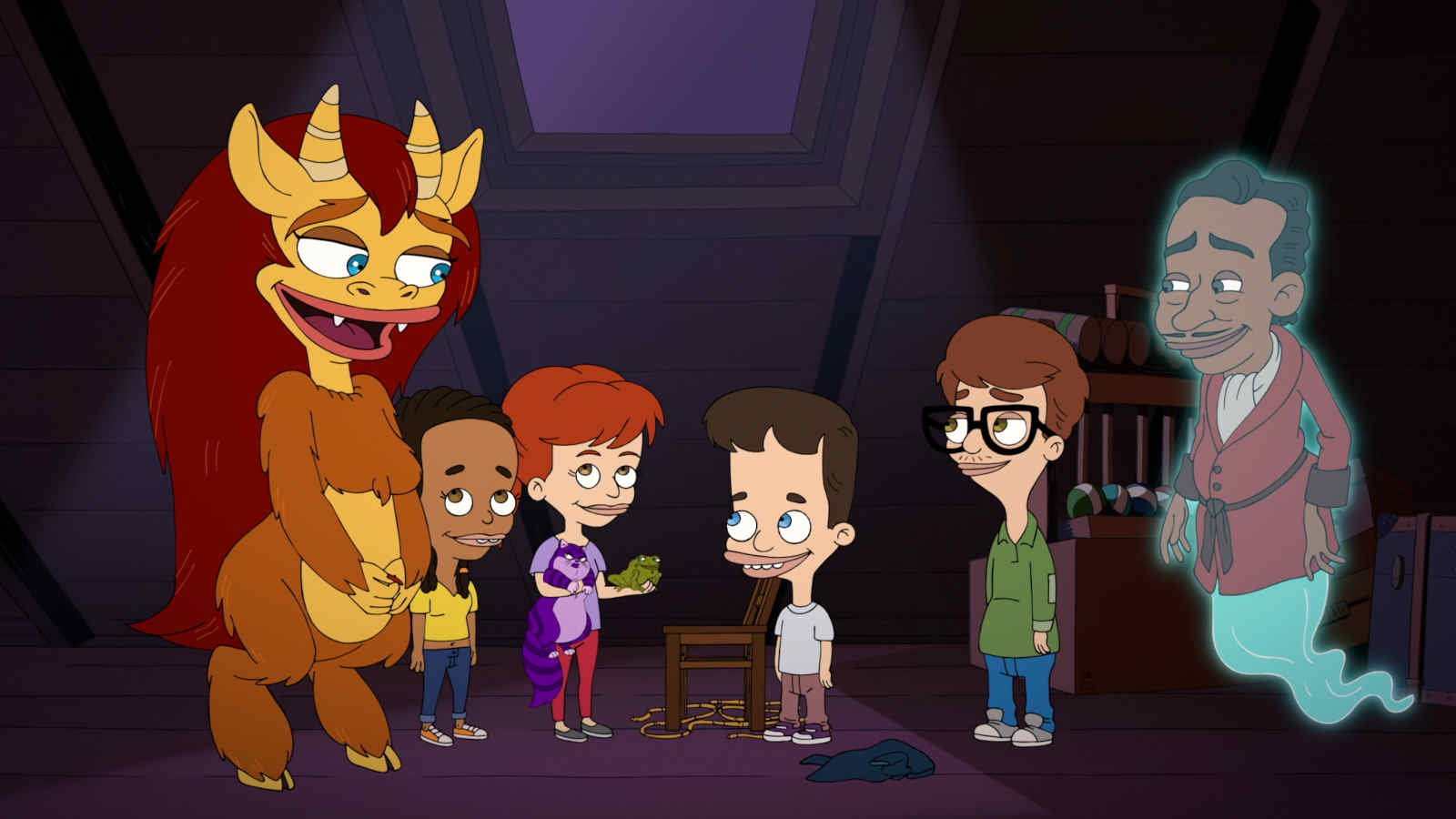 Season five of this Netflix original cartoon just premiered, so you might want to catch up. Big Mouth is created by Nick Kroll, Andrew Goldberg, and Mark Levin. The stellar voice cast includes Kroll, John Mulaney, Jessi Klein, Jason Mantzoukas, Fred Armisen, Maya Rudolph, and Jordan Peele. It’s easy to see why Big Mouth has been nominated for several Emmys over its run.

The show centers on two middle schoolers named Nick (Kroll) & Andrew (Mulaney). In the first season, Andrew hits puberty & is introduced to his “hormone monster” Maury (Kroll). Nick feels insecure about not having reached puberty yet, causing strife in their relationship. However, he eventually receives his own hormone monster Connie (Rudolph).

While the boys go through their adolescent troubles, they’re accompanied by their friends Jessi (Klein) & Missy (Jenny Slate/Ayo Edebiri). However, Jessi & Missy may be more than friends to Nick & Andrew respectively. Big Mouth sarcastically deals with the troubles of preteen life & has its characters go on many misadventures. 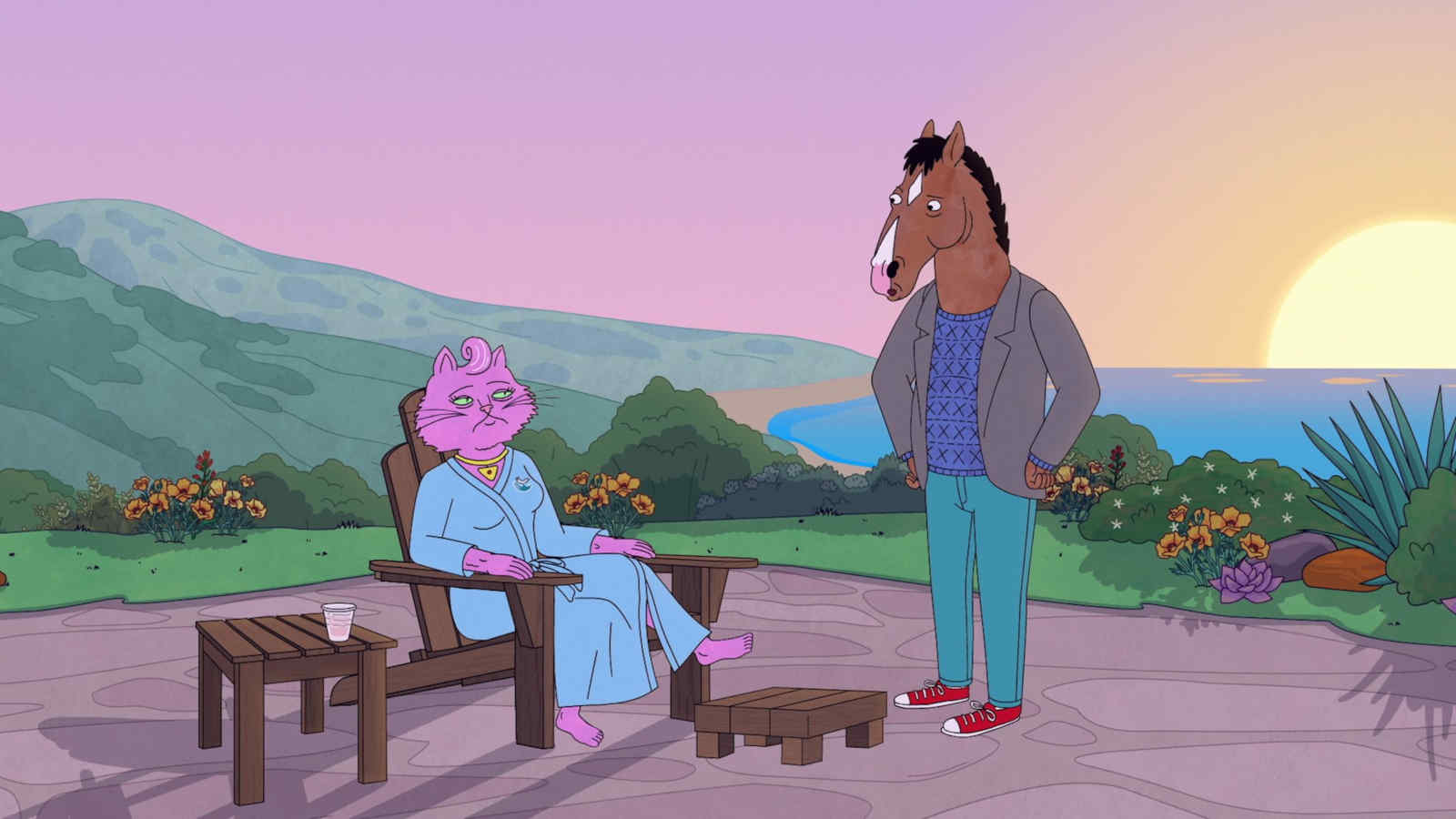 BoJack’s agent Princess Carolyn (Amy Sedaris) is constantly trying to find work for BoJack. However, BoJack is prone to sabotaging himself, like when he develops feelings for his ghostwriter Diane (Alison Brie). This situation is made more awkward by the fact that Diane is dating BoJack’s former sitcom rival, Mr. Peanutbutter (Paul F. Tompkins).

BoJack Horseman officially ended last year with its sixth & final season. Despite the series being over, you can stream all seventy-seven critically acclaimed episodes on Netflix. 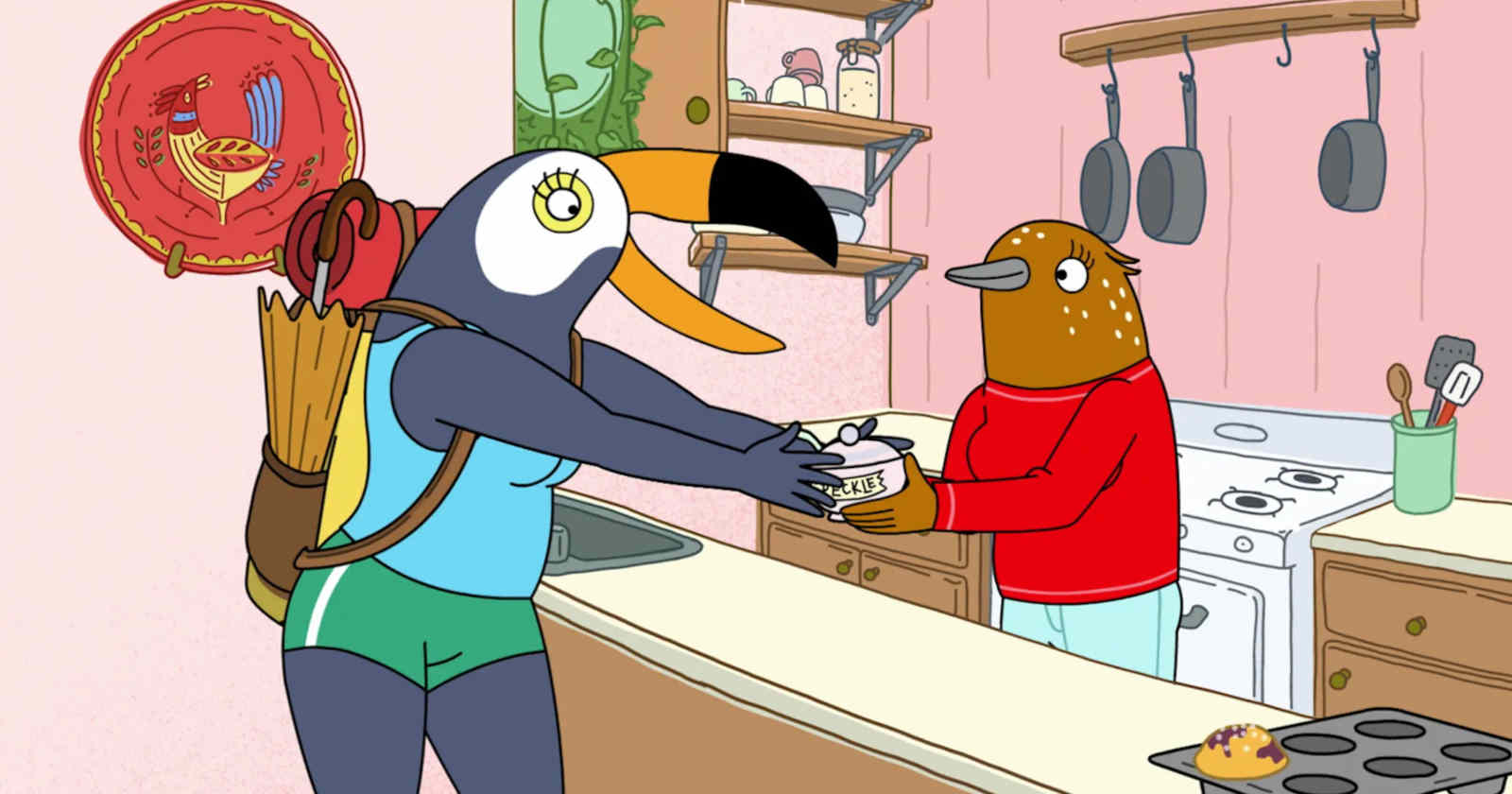 Much like BoJack Horseman, Tuca & Bertie is set in a world filled with anthropomorphic creatures. In Tuca & Bertie however, there are no humans to be found. This series focuses on Roberta “Bertie” Songthrush (Ali Wong) & Tuca Toucan (Tiffany Haddish), two birds living in the same apartment building.

Tuca & Bertie has been praised for its candid portrayal of modern adulthood. While Bertie is career-driven, Tuca is a bit of a slacker. Despite their differences, Bertie & Tuca always manage to have fun. They’re often accompanied by Bertie’s boyfriend Speckle (Steven Yeun). You can watch the first season of Tuca & Bertie on Netflix & the second on Adult Swim.

Bob’s Burgers is in its twelfth season, which means it could be wrapping up soon. Despite that, there are plenty of other great adult animation series out there for you to stream. What’s your favorite cartoon? Let us know in the comments!