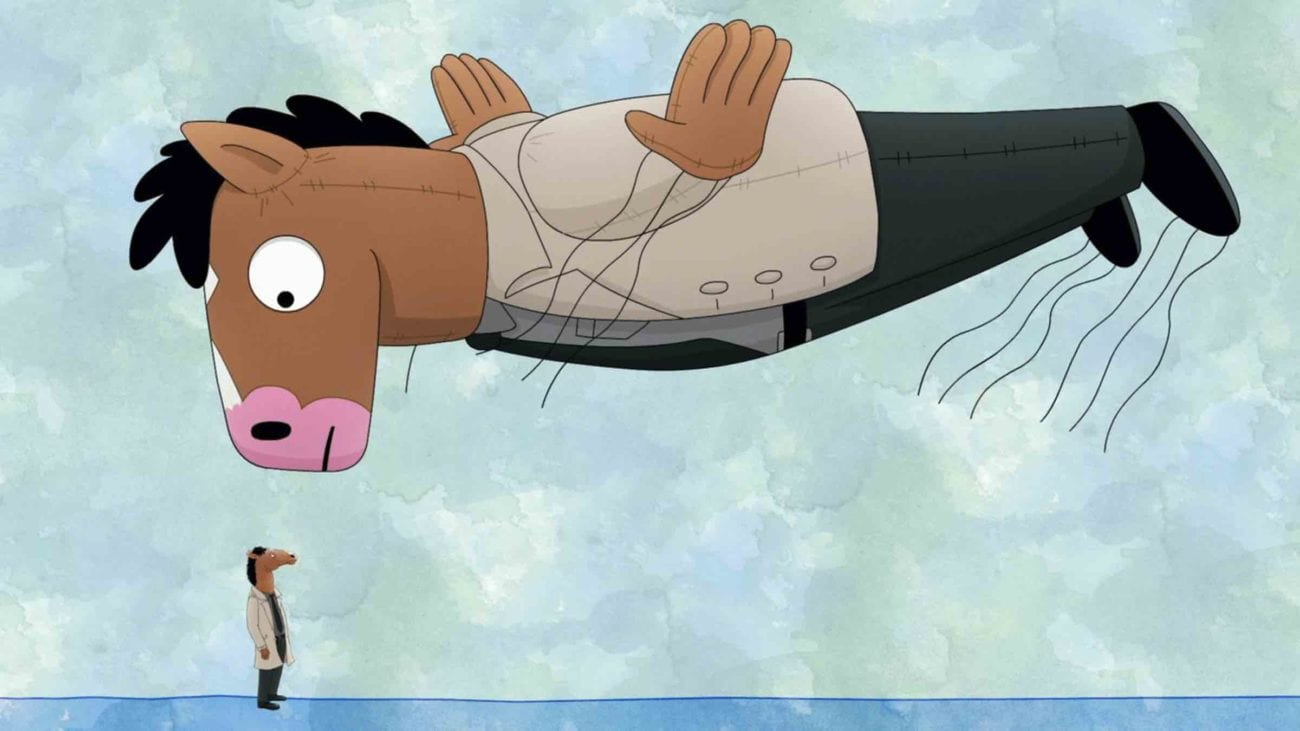 Surprise, surprise: Netflix only went and cancelled another of our favorite shows. “What are you doing here?” Seriously, what are you doing here when you should be crying over the end of BoJack Horseman? The first Netflix comedy series as well as its first adult animated series, creator Raphael Bob-Waksberg had a lot of weight on his shoulders to make BoJack good. Luckily for all of us, he pulled it off.

Focusing around BoJack Horseman (Will Arnett continuing to kill his VO game), a forgotten equine 90s TV star in a career slump, and the lost souls of Hollywoo, it’s expected that a lot of the humor will be surrounding their wealth. After all, celebrities may be real people, but they’re definitely living better lives than most of us. Especially in a cartoon world where half the main characters are animals. 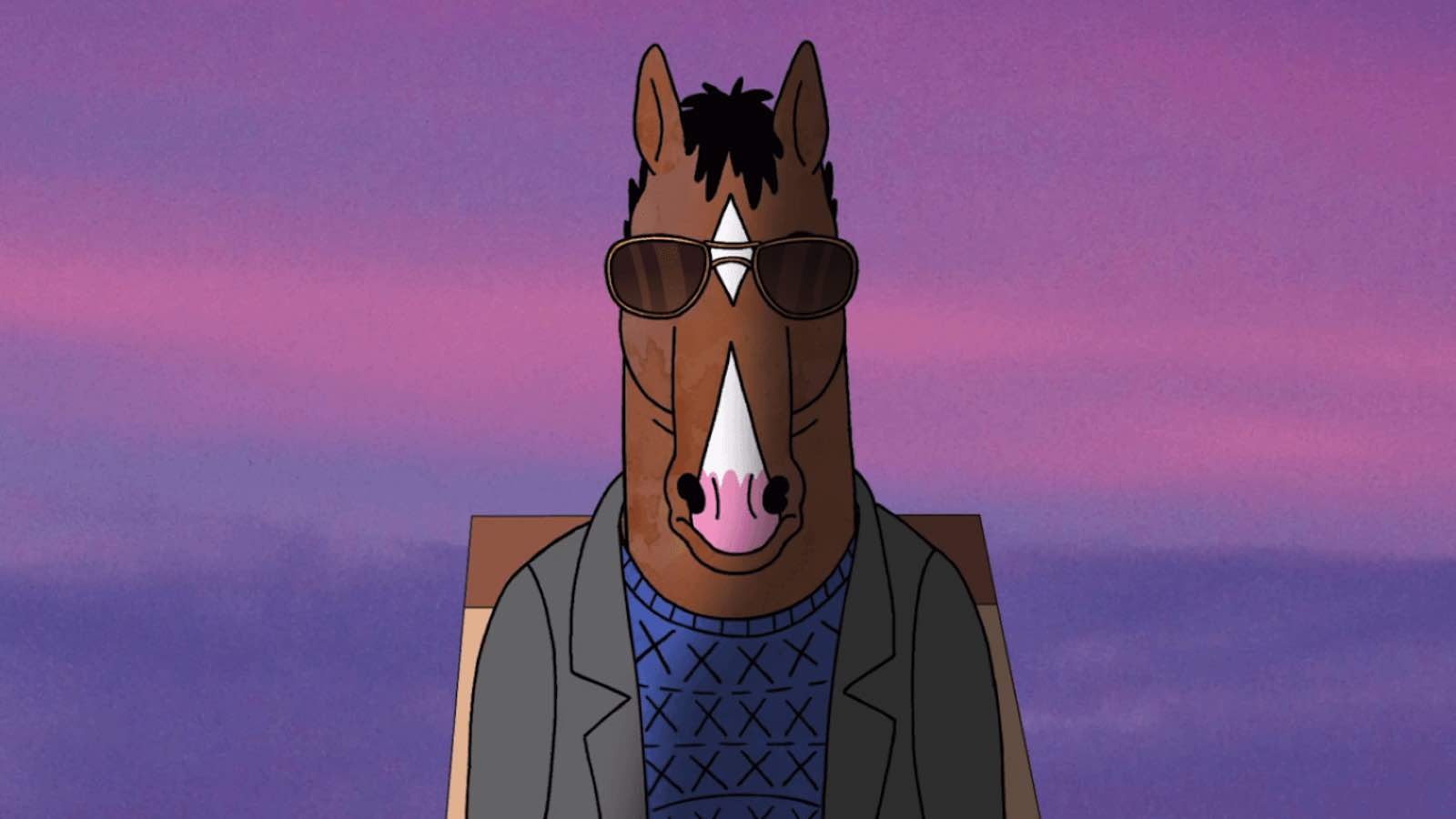 BoJack Horseman may be one of the most honest looks at depression and addiction on TV today. It simply nails what it means to struggle in silence, and why people have so much trouble reaching out for help when they’re struggling. So many lessons are taught through the show thanks to BoJack’s addiction and depression playing second fiddle to everything he gets up to.

In honor of such an important series finally coming off the air, we’re taking a look at the lessons a talking horse has taught us over the past five years. Who knew a show full of talking animals would have some of the most human lessons? 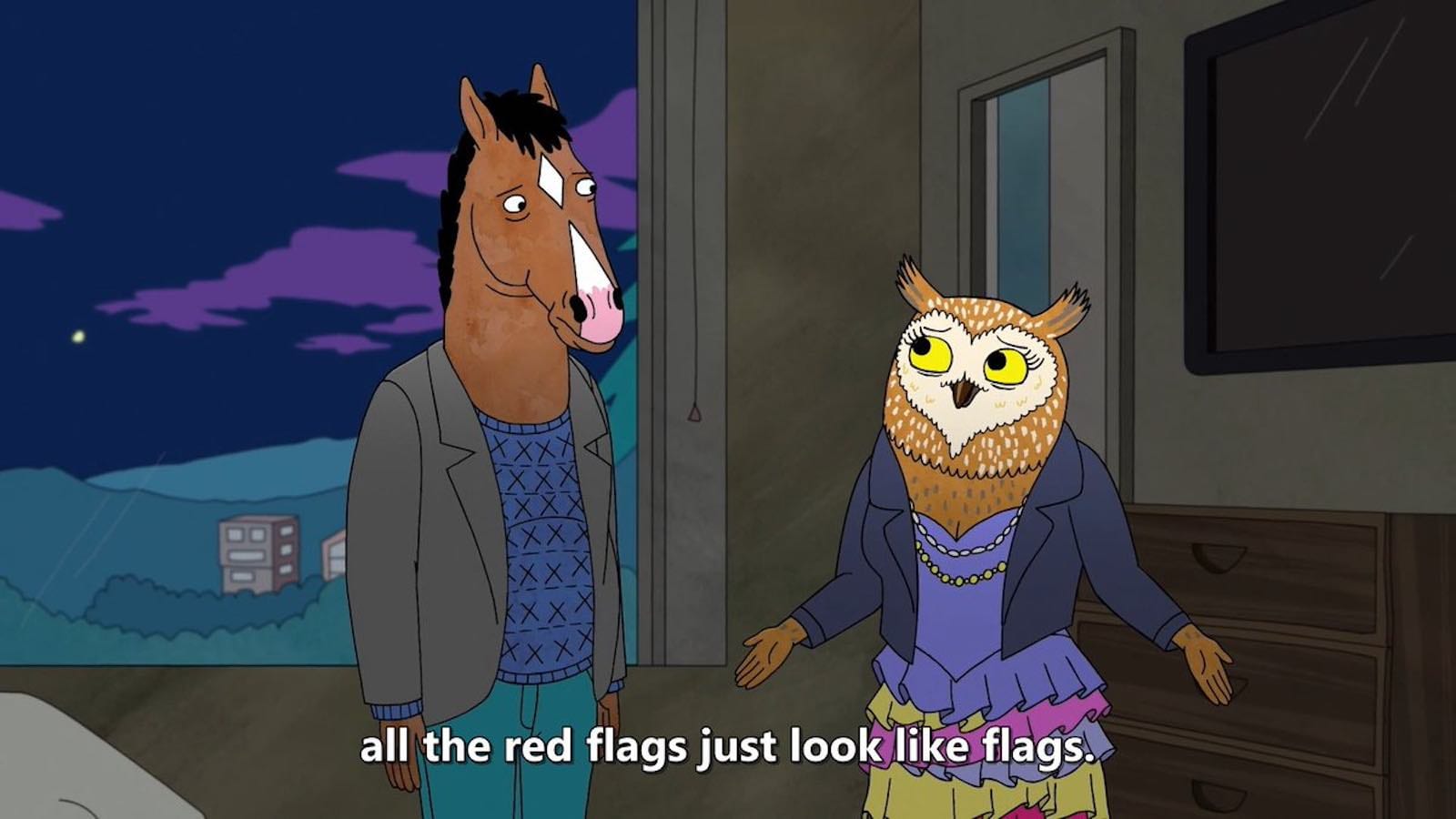 “When you look at someone through rose-colored glasses, all the red flags just look like flags.”
—Wanda Pierce (Lisa Kudrow)

Wanda and BoJack’s relationship in season two is doomed from the start – mostly because BoJack’s only dating her because she just woke up from a 30-year coma and has no clue about his up-to-date failures. Wanda finally realizes how bad BoJack is for her and wonders how she managed to miss so much toxicity.

Sometimes we choose to stick with someone through the good and the bad without realizing how bad it actually is for us. We want to see the best in our partners and choose to ignore the red flags because we think he or she will improve, or because we’re so focused on the good. 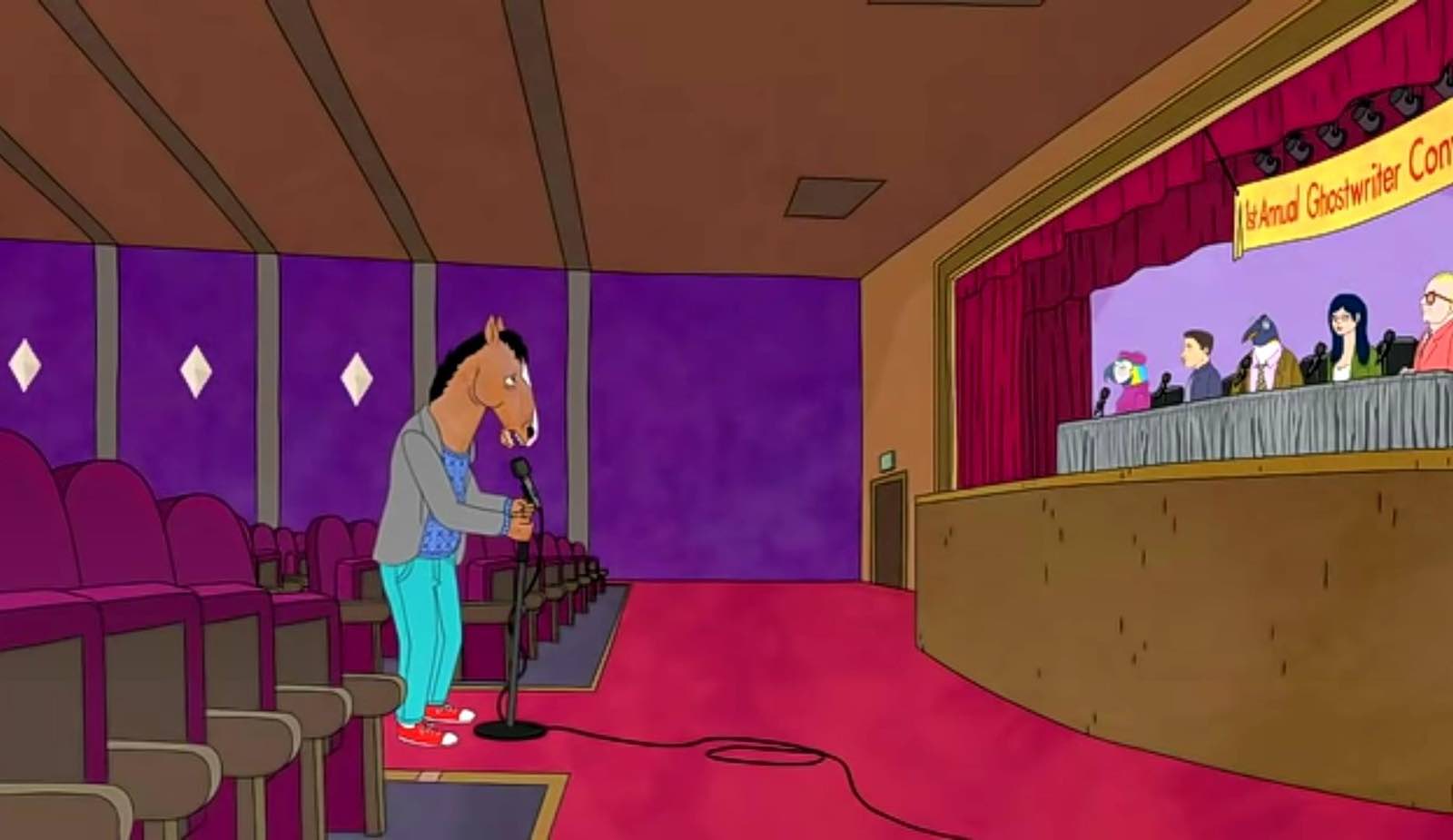 One of the most tragic parts of all BoJack Horseman came right at the end of season one. At a panel where Diane Nguyen (Alison Brie) is discussing the novel she wrote about BoJack, he comes up and begs Diane to tell him he’s a good person.

The figure Diane painted in her book is self-destructive, selfish, and just all-around terrible, so he needs to hear from her that’s there’s something good in him. But Diane can’t say it, because she hasn’t seen it for herself.

We need validation from others. We can pretend like others’ opinions of us don’t matter, but the truth is there’s at least one person in your life whose opinion you value. Maybe it’s your spouse, best friend, boss, or someone else. But their opinion of you affects your self-worth just about as much as your own opinion of yourself does. 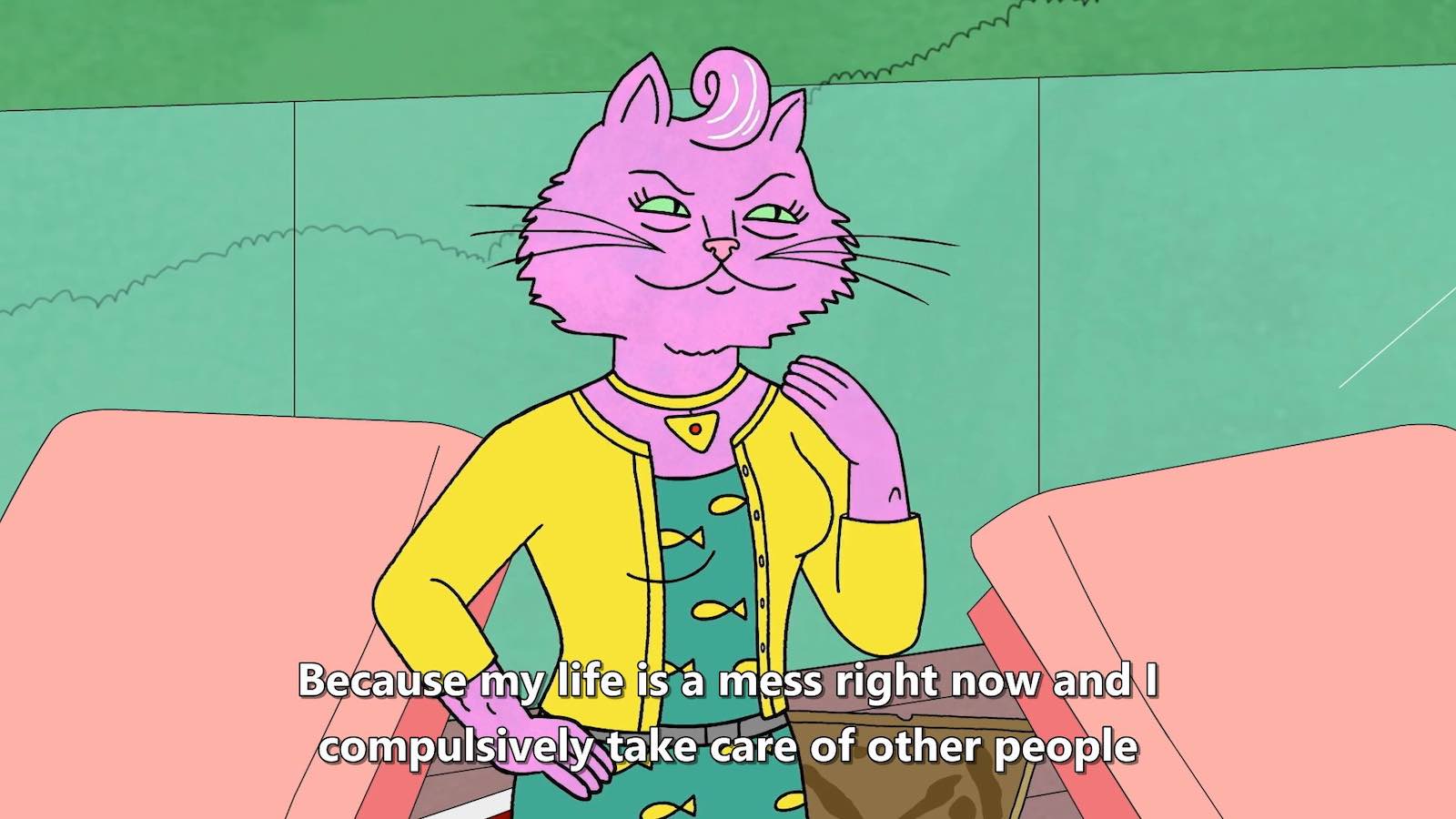 “My life is a mess right now and I compulsively take care of other people when I don’t know how to take care of myself.”
—Princess Carolyn (Amy Sedaris)

Throughout the entire run of BoJack Horseman, Princess Carolyn has been trying to pull BoJack’s career together, while also helping out Mr. Peanutbutter (Paul F. Tompkins), Todd (Aaron Paul), and anyone else in the agency that needs it.

But Princess Carolyn’s life isn’t free of suffering. She finds out she’s infertile, deals with an untrustworthy relationship with Rutabaga (Ben Schwartz), and just overall struggles with her love life.

That’s the reality of broken people. No one wants to feel alone, and if they do, they certainly don’t want others feeling alone too. Broken people will do whatever it takes to make sure those around them don’t have to feel the pain they’re dealing with. It’s a sort of self-therapy, while also being highly hypocritical. 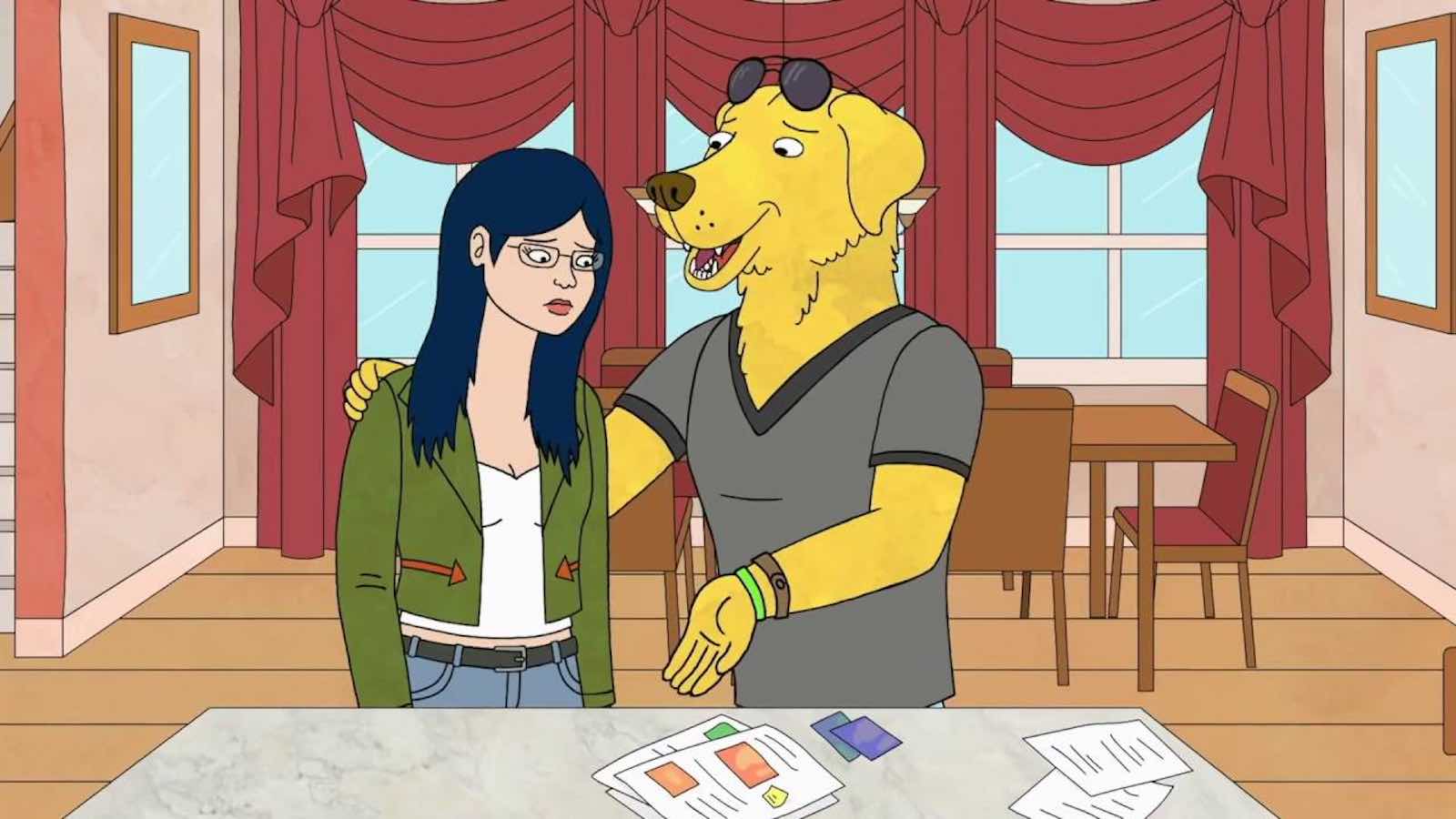 “The key to being happy isn’t a search for meaning. It’s to just keep yourself busy with unimportant nonsense, and eventually, you’ll be dead.” – Mr. Peanutbutter

Mr. Peanutbutter is portrayed in BoJack Horseman as constantly very upbeat. He very rarely looks at the bad, and just keeps it positive. Such grim advice delivered in a happy tone is classic Mr. Peanutbutter, but still a change of pace. Take into account he’s giving this advice to his wife Diane, and it becomes even more messed up.

The truth is Mr. Peanutbutter may not be wrong. It’s possible to focus so much energy into trying to discovering inner purpose that it gets us nowhere. We want to find out why we exist, but we don’t usually discover the answer. Filling our life with things that don’t matter can be some people’s only way to avoid going crazy trying to figure out what matters. 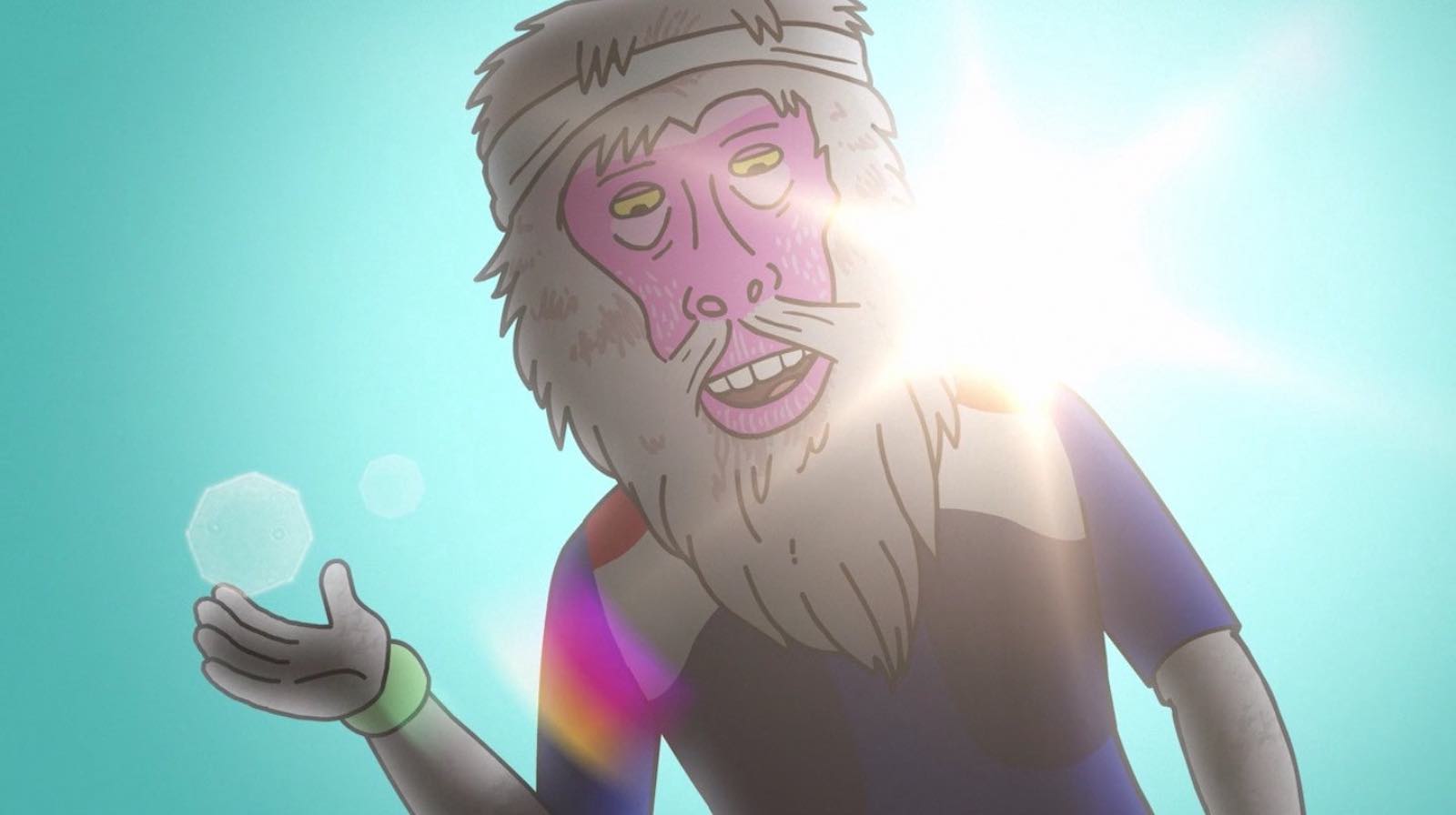 “Every day, it gets a little easier. But you gotta do it every day. That’s the hard part. But it does get easier.”
—Jogging Baboon (Jason Beghe)

No one likes running, especially not BoJack. But after Herb dying, walking out on Secretariat, and nearly messing around with his ex-girlfriend’s underaged daughter, BoJack needs to improve his life somehow. So like most people, he decides to get in shape and fails miserably on day one. But then, the jogging baboon we see in every episode comes around with this genius piece of advice.

Maybe in context it’s basic, but it’s a solid reminder that the bad doesn’t stay bad forever. It may not be easy to improve yourself, but you’ll eventually get there. You can improve if you consistently put the effort forward to do so.

If you’re ready for more quotes about humanity from talking animals, BoJack Horseman returns for its two-part final season, with part one debuting October 25th.