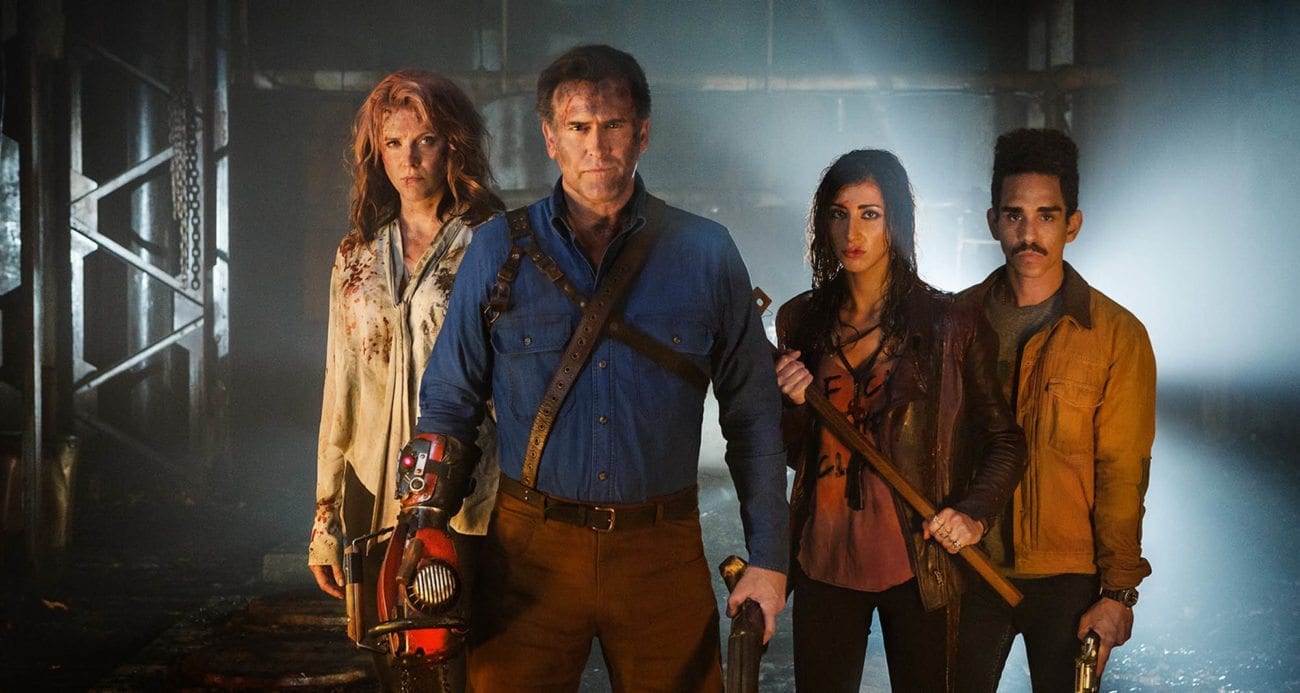 It’s the fifth of April, folks. Five days into the month of Spring – it seems like only yesterday we were singing those winter blues. With time flying by so fast, it can be easy to miss some of the best shows hitting the TV networks each month. That’s why you’ve got us. In case you’re wrapped up with whatever project you’re currently involved in or you got stuck in the classic Netflix / Hulu / Amazon Prime loop, here’s a friendly reminder of some of the best shows featuring on network TV right now. And don’t worry – you won’t find any spoilers around here (we wouldn’t do that to you).

In its second instalment to The Good Wife spinoff show, The Good Fight is living up to its drama-fuelled rep by keeping the political themes close to the surface, including a smart take on the #MeToo era. Oh yeah, and Christine Baranski is an absolute boss, as always.

The fifth season of the sharp, witty, and uplifting cop show sitcom has been well-received, continuing its ability to make us chuckle with glee while also delivering a point or two about some of the issues bubbling away in society today. Now we’ve just gotta hope it comes back for a sixth run!

Yes, one of the wokest shows on TV is on its fourteenth season, proving the writers’ uncanny ability to come up with heaps of OMG moments over and over again. We’re already well into the latest season of the famed medical drama, meaning there’s plenty to catch up on if you haven’t been watching already.

Ash is back for a third season, baby, seeing Bruce Campbell reprise his legendary Evil Dead role from a heroic monster fighter to an aging lothario who has successfully avoided responsibility and maturity for the past 30 years. Expect even more monsters, gore, and campy fun, all tied together by the battle of good vs. the evil dead.

The Blacklist has returned from a two-week break to deliver the second half of the fifth installment. There’s drama. There’s mystery. And there’s still talk about that freakin’ suitcase full of bones.

We’re well into the seventh season of our fave gritty spy thriller, with showrunner Alex Gansa (The X-Files) delving deeper into the theme of “fake news” and how it affects a divided country, blurring the lines of fact & fiction all through the medium of highly-entertaining edge-of-your-seat action. What a shame this will be the final season ?.

Bill Hader’s back on the small screen with a comedy show based on a hit man from the Midwest who moves to Los Angeles and gets caught up in the city’s theatre arts scene. We all know Hader (Trainwreck) can bring the funny, but with the dark sides evident in the first few episodes, it’s clear the comedian’s showing off new range with his acting chops.

As the best superhero show in the Marvel canon, we’re absolutely delighted Legion is back for a second season, with showrunner Noah Hawley serving up a Shadow King-free David Haller (Dan Stevens) as well as some visual delights to feast on.

Airing the final episode of season three last night, this disturbing and yet consistently entertaining adaptation of Lev Grossman’s novel follows the former students of Brakebills as they try to restore their magic with the Quest of the Seven Keys.

There aren’t enough ? in this world to express how much love we have for both Atlanta and its creator / star Donald Glover (The Martian). If you haven’t already, be sure to catch the second season on FX for more geniusly insightful and deliciously surreal comedy from ya boy.