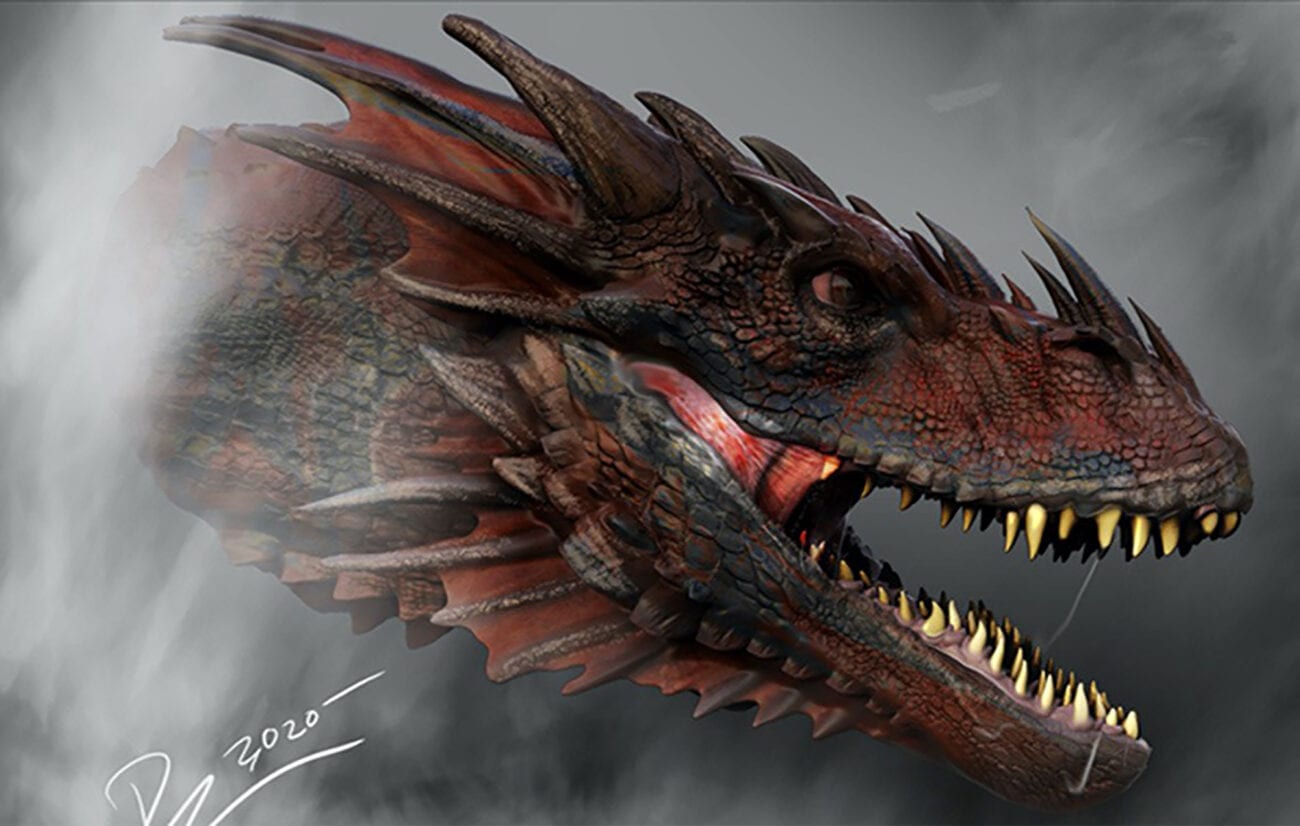 ‘House of the Dragon’: Get the latest updates on the ‘Game of Thrones’ prequel

To borrow a phrase from Kronk from The Emperor’s New Groove, “oh yeah, the cast of the Game of Thrones prequel is coming together”. Despite the movement, when exactly the prequel is soaring onto our small screens is about as predictable as the seasons in Westeros.

But like Winter, the Game of Thrones prequel is coming, and HBO swears it’ll be here in 2022. HBO just released pictures of the new cast doing socially-distanced table reads together for House of the Dragon, the prequel that’s set 300 years before the first season of Game of Thrones.

Book fans and HBO stans already know the plot revolves around the Dance of the Dragons, a civil war between the Targaryens for the Iron Throne, but . . . that’s about it. 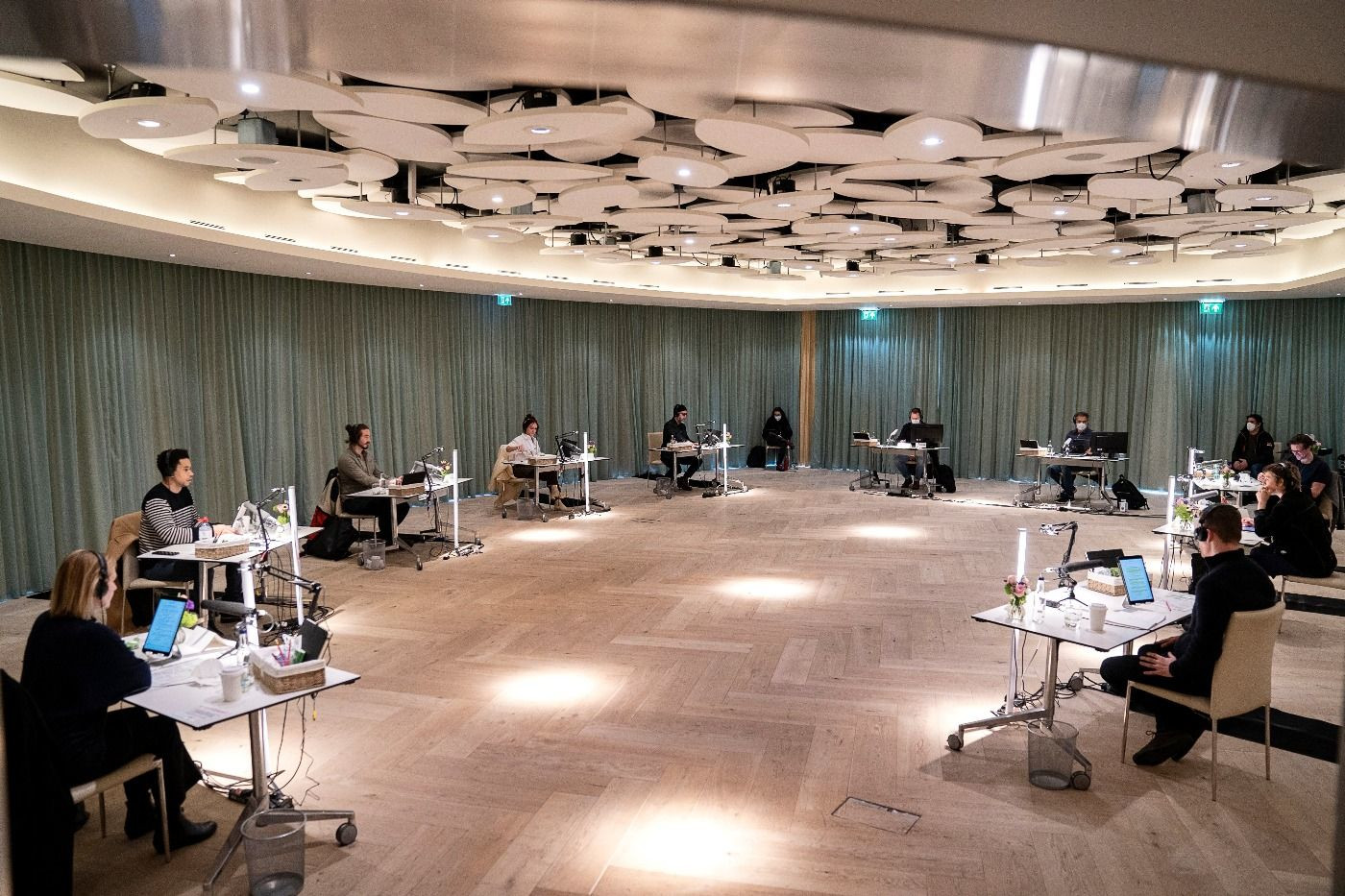 Luckily for us, Entertainment Weekly compiled HBO’s tweets of the cast reading at desks spaced six feet apart, parsing out their lines. As the actors dive into their lines, let’s suss out who’s who in the cast, and what the casting could mean for the upcoming Game of Thrones prequel, especially since GoT’s Twitter just dropped a cryptic bunch of fire emojis in a tweet.

Paddy Considine as King Viserys Targaryen.
The @HBO original series #HouseoftheDragon is officially in production and coming to @HBOMax in 2022. pic.twitter.com/ZtS8zpkfS1

The casting choice generating a lot of buzz, Paddy Constantine is set to play King Viserys Targaryen, successor of King Jaehaerys I. According to A Wiki of Ice and Fire, Viserys has a peaceful reign, but sows the seeds for the civil war known as the Dance of Dragons. He’s also a dragon rider during his Jaehaerys’s time, but his dragon, Balerion, died of old age before he sat on the Iron Throne.

AWOIAF further mentioned Viserys never “bonds” with another dragon after Balerion’s death, so we’re guessing the Game of Thrones prequel will dive into their version of How to Train Your Dragon. Maybe?

Emma D’Arcy as Princess Rhaenyra Targaryen.
The @HBO original series #HouseoftheDragon is officially in production and coming to @HBOMax in 2022. pic.twitter.com/lZ4ERgAy5H

Speaking of dragon riders, Emma D’Arcy has been cast as princess Rhaenyra Targaryen, who’s described by Entertainment Weekly as a dragon rider. Her page on AWOIAF revealed she’s Viserys I’s daughter and is dubbed “the half-year queen”, meaning spoiler alert: Viserys I is slated to die and she’s probably going to follow in her father’s footsteps to the grave shortly after. What did you expect? It’s a ‘Game of Thrones’ prequel!

Olivia Cooke as Alicent Hightower.
The @HBO original series #HouseoftheDragon is officially in production and coming to @HBOMax in 2022. pic.twitter.com/FOUBieuhE5

Cooke has been cast as Alicent Hightower, that family who owns the massive library Sam Tarly goes gaga over in Game of Thrones (to be fair, so did we). The Hightowers run Oldtown, where the maesters train and where messenger ravens are bred – at least, it’s where they keep the white raven that announces the changing of the seasons to the lords of Westeros.

However, it looks like Alicent Hightower could be less of a bookworm and more of the Cersei Lannister of the Game of Thrones prequel. AWOIAF detailed she’s the second wife of King Viserys, and the daughter to Viserys’s hand of the King, Otto Hightower. Plus, after Viserys bites it, she schemes to take the throne from his rightful heir, Rhaenyra, kicking off the Dance of the Dragons proper.

Steve Toussaint as The Sea Snake.
The @HBO original series #HouseoftheDragon is officially in production and coming to @HBOMax in 2022. pic.twitter.com/9jq1O6wEA6

Turning away from Targaryens & Hightowers, let’s take a look at a more mysterious character: Lord Corlys Velaryon, or the Sea Snake. A famed navigator, AWOIAF noted he serves as Rhaenyra Targaryen’s Hand during the Dance of Dragons and is known for seafaring. We’re wondering if we’ll get to see what’s going on with Essos through his eyes.

The Game of Thrones prequel isn’t Toussaint’s first foray into fantasy, as he’s appeared in Prince of Persia: The Sands of Time. He also made appearances in 1995’s Judge Dredd and Shooting Dogs.

As HBO assured us in their Twitter thread, the Game of Thrones prequel House of the Dragon is slated to fly onto HBO & HBO Max in 2022. What do you think is in store for Westeros? Let us know in the comments!