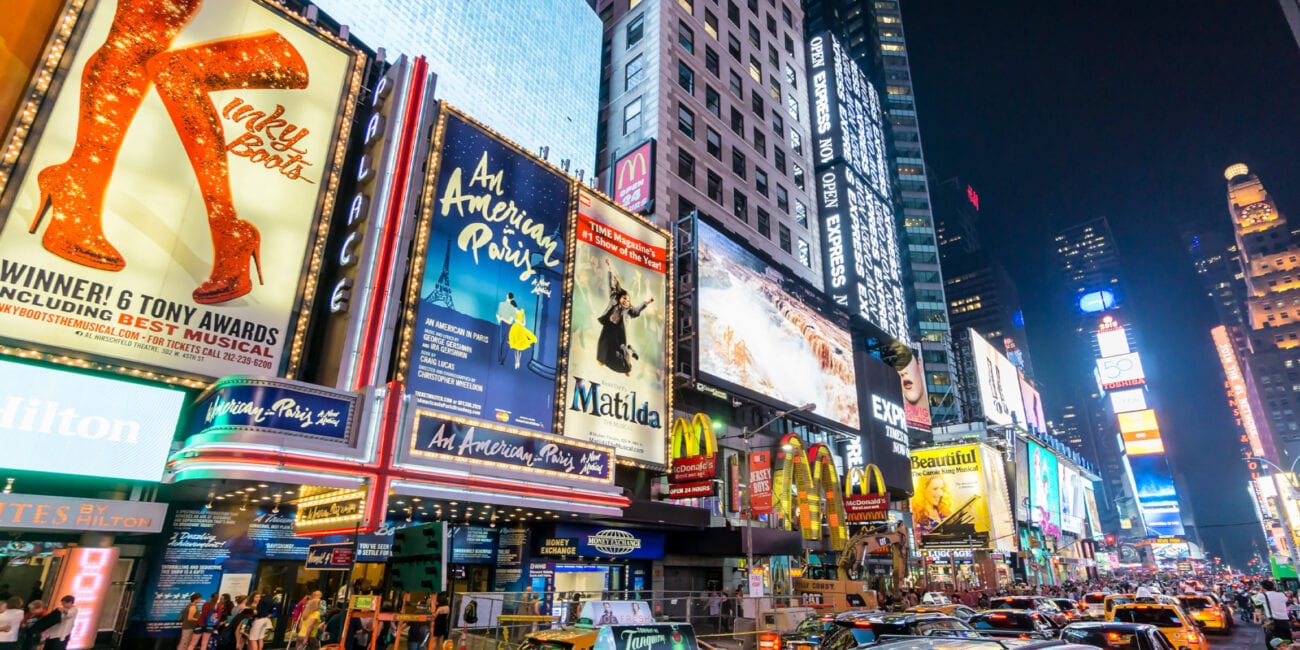 ‘Game of Thrones’ meets Broadway: Will the play be a prequel?

Get ready, because dragons are about to storm the Great White Way! Game of Thrones is soaring onto Broadway, and apart from wondering what diddies composers will come up with about beheadings & betrayal, we want to know more.

Apparently, though, Tyrion Lannister isn’t getting a big “I Want” musical number complete with singing & dancing concubines from Littlefinger’s establishment. Like HBO’s upcoming show, the Game of Thrones Broadway musical is slated to be a prequel.

However, this prequel won’t be long, long before George RR Martin’s book and the HBO adaptation began. You will see your favorite characters, including Ned Stark & Jaimie Lannister, belting away eleven-o-clock numbers on a stage near you – that is, if you live in or around New York, London, or Sydney. Let’s jump into the plans for this adaptation. 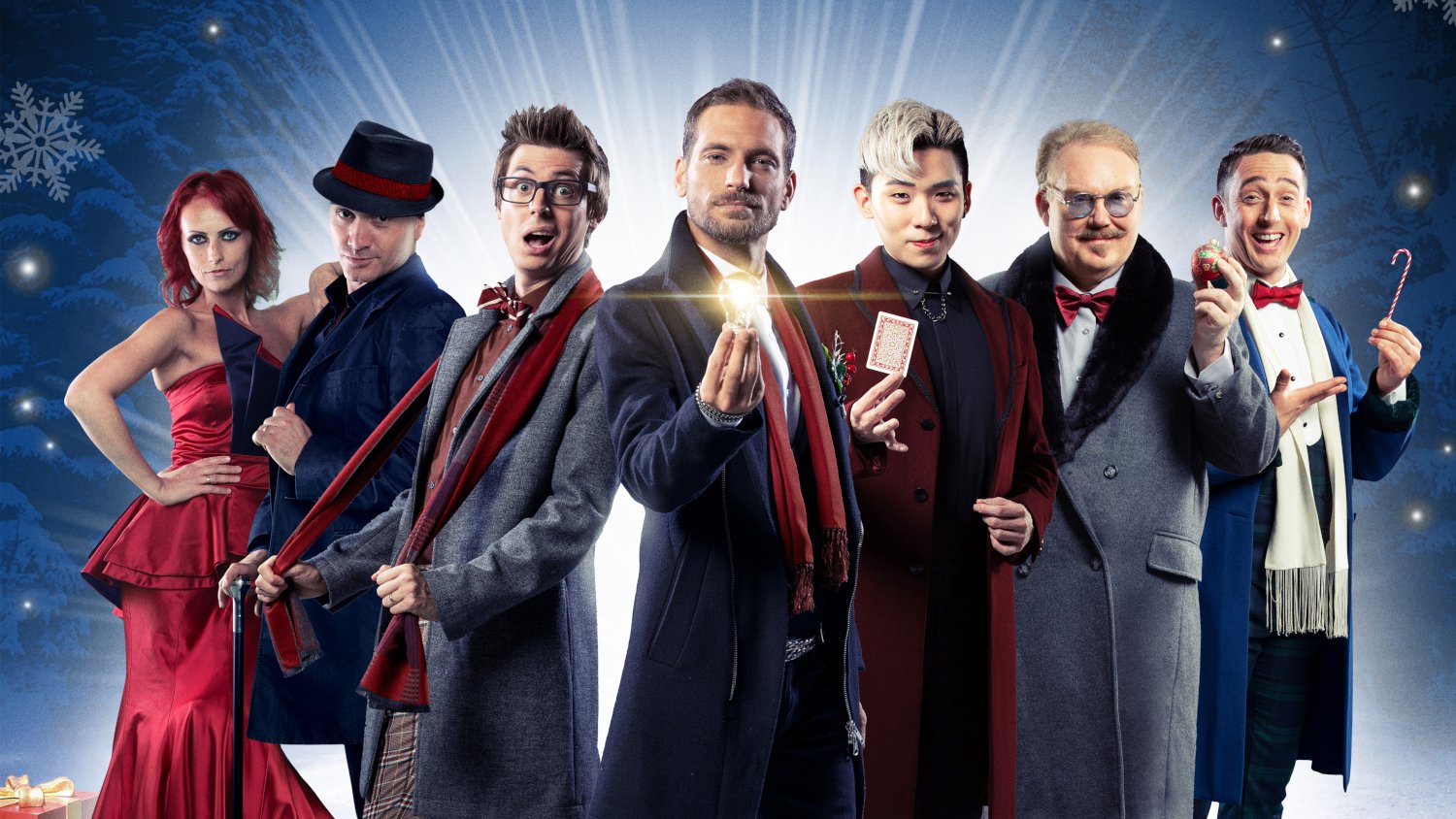 According to The Hollywood Reporter, George RR Martin is partnering with playwright Duncan MacMillan and director Dominic Cook. Producers Simon Painter & Tim Lawson will be behind the production.

Painter & Lawson produced the hit Broadway show The Illusionists, a smash-hit Broadway show featuring a rotation of five to eight magicians per performance. Their involvement could indicate a lot of sleight-of-hand to make the upcoming Game of Thrones musical magical. 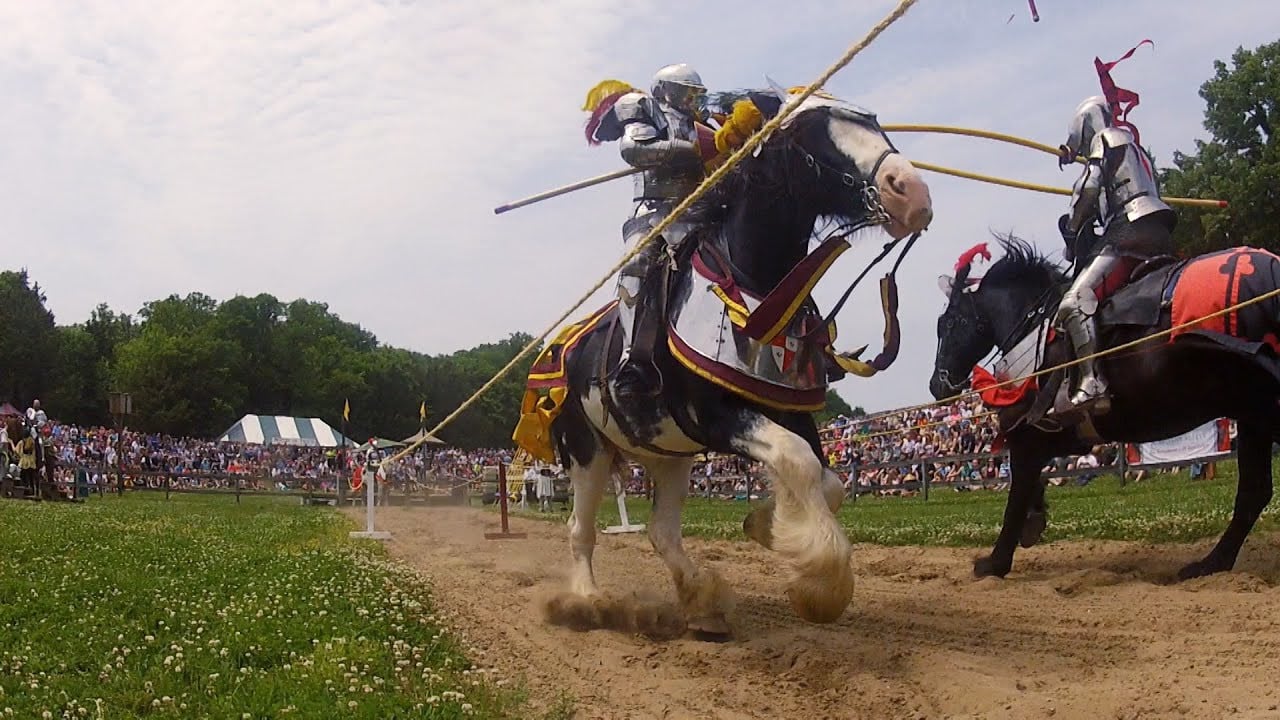 While the source material itself wouldn’t make for a great Broadway musical, a common flashback in A Song of Ice and Fire and an event referenced a few times in Game of Thrones could make for a good Broadway show. Featuring a plucky protagonist striving for a lofty goal and side characters galore to help or hinder our hero on his way, the Tourney of Harrenhall was stated by Martin himself to be the premise:

“Few in Westeros knew the carnage to come when highborn and smallfolk alike gathered at Harrenhal to watch the finest knights of the realm compete in a great tourney, during the Year of the False Spring. It is a tourney oft referred during HBO’s Game of Thrones, and in my novels, A Song of Ice & Fire . . . and now, at last, we can tell the whole story . . . on the stage.” 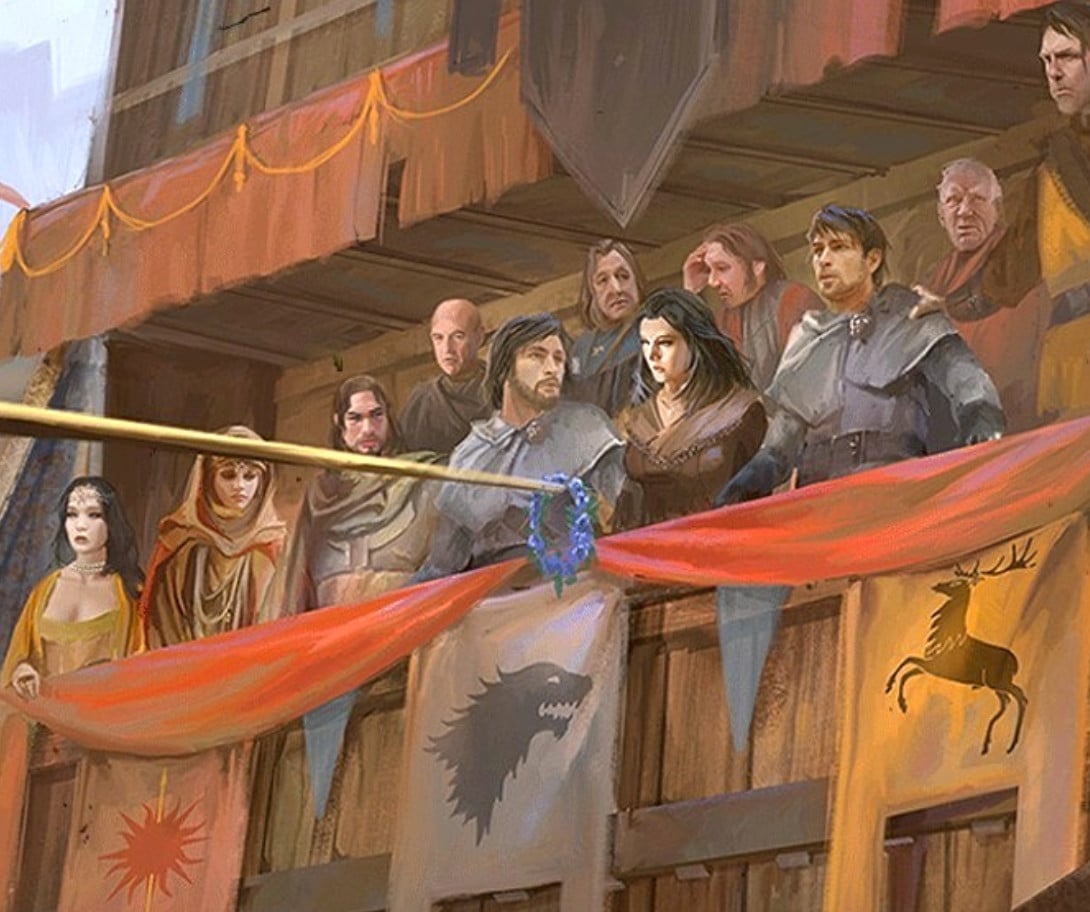 The Tourney of Harrenhall was stated to be the event that kicked off Robert’s Rebellion, which in turn, kicked off the events of Game of Thrones. This is where Lyanna Stark, Ned Stark’s sister, is named the Lady of Love & Beauty by none other than Rhaegar Targaryen, the king Ned Stark’s BBF Robert Baratheon leads an uprising against.

Ned Stark’s sister dies during Robert’s Rebellion, as does Rhaegar, but not before they come together and conceive Jon Snow – as the TV show confirms book fans’ long-held L + R = J theory: explaining that Jon Snow is the rightful son of Rhaegar and Lyanna and therefore the rightful heir to the Iron Throne. 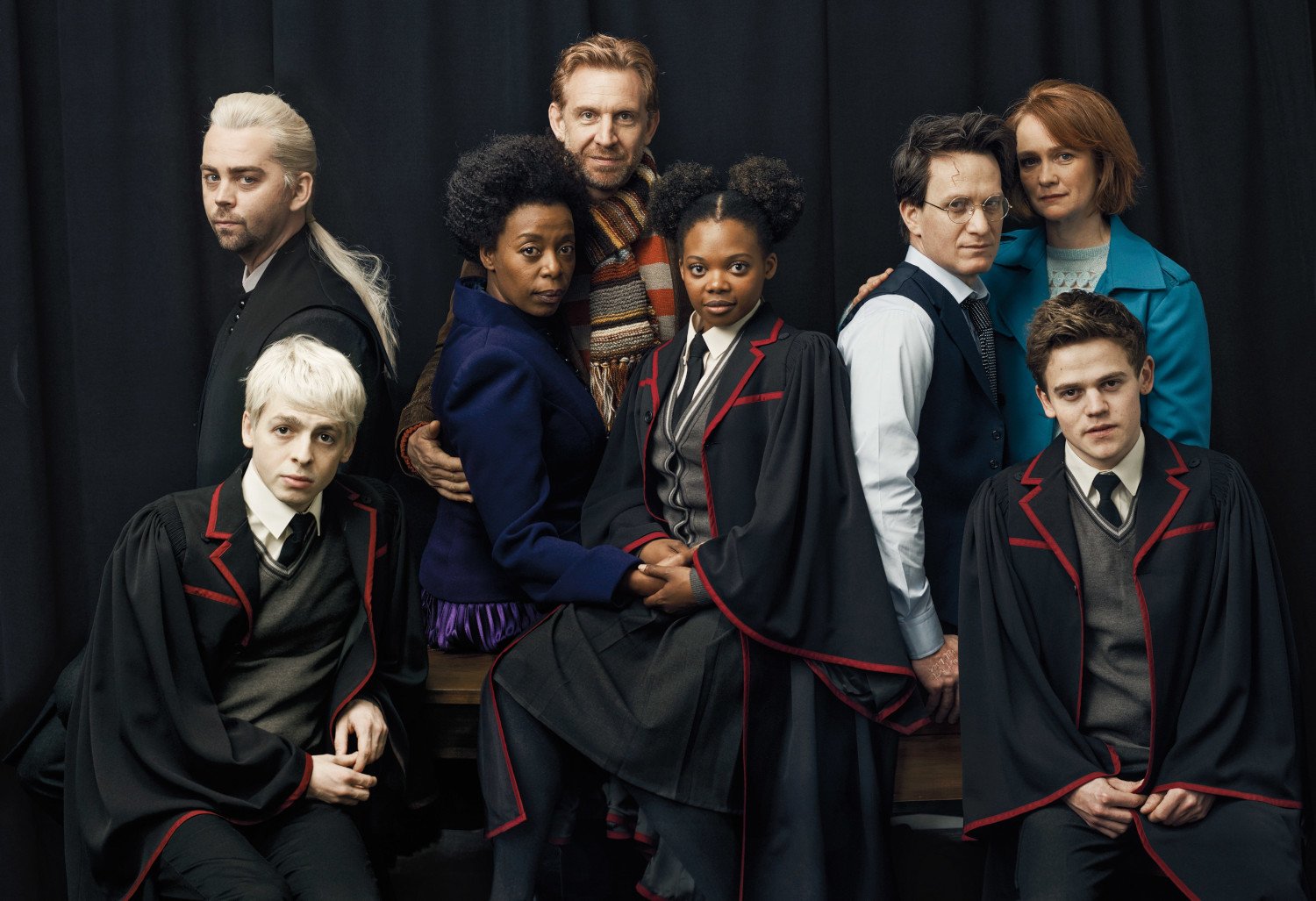 Will it be a good Broadway show?

While we think going the way of a full-out Broadway musical would add too much ham & cheese to Game of Thrones, a stage play like Harry Potter and the Cursed Child could work, especially since the Thrones name alone is enough to get butts in seats.

Indeed, The Hollywood Reporter pointed out the similarities between JK Rowling’s stage play and Martin’s upcoming Broadway show. Martin’s play will come to life after the HBO series ended in 2019 – although his book series has two doorstopper novels left to go.

However, as far as numbers go, the upcoming Game of Thrones Broadway production has a lot to live up to. Harry Potter and the Cursed Child became the highest-grossing non-musical on Broadway, even if some Potterheads claimed the plot felt akin to a Disney sequel. 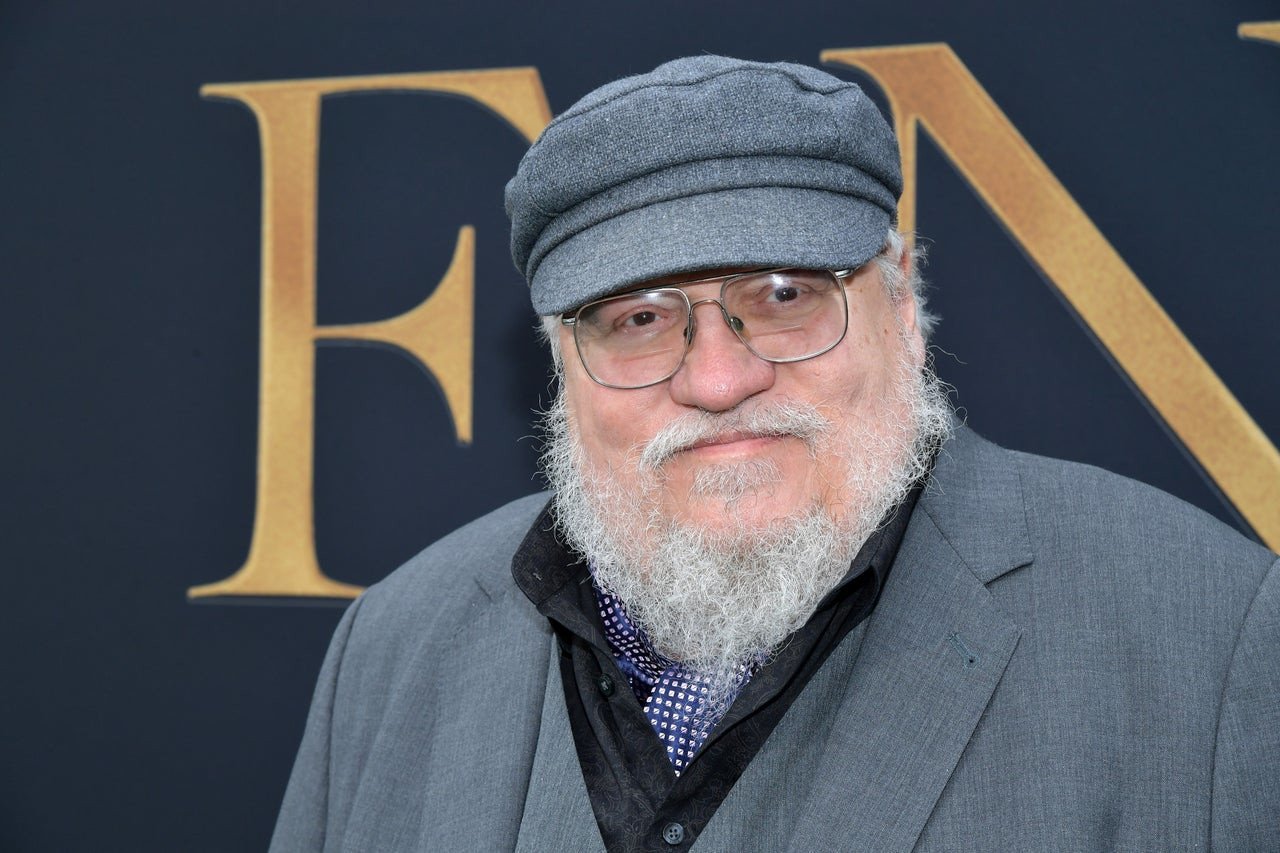 However, Martin has confidence in the team to deliver a quality show and not just a moneymaker. “An amazing team has been assembled to tell the tale, starting with producers Simon Painter, Tim Lawson, and Jonathan Sanford. Their knowledge and love of my world and characters has impressed me from the very first, and their plans for this production blew me away since the first time we met”, he explained.

Game of Thrones is anticipated to hit Broadway, the West End, and Sydney in 2023. Are you excited to book tickets? Let us know in the comments!