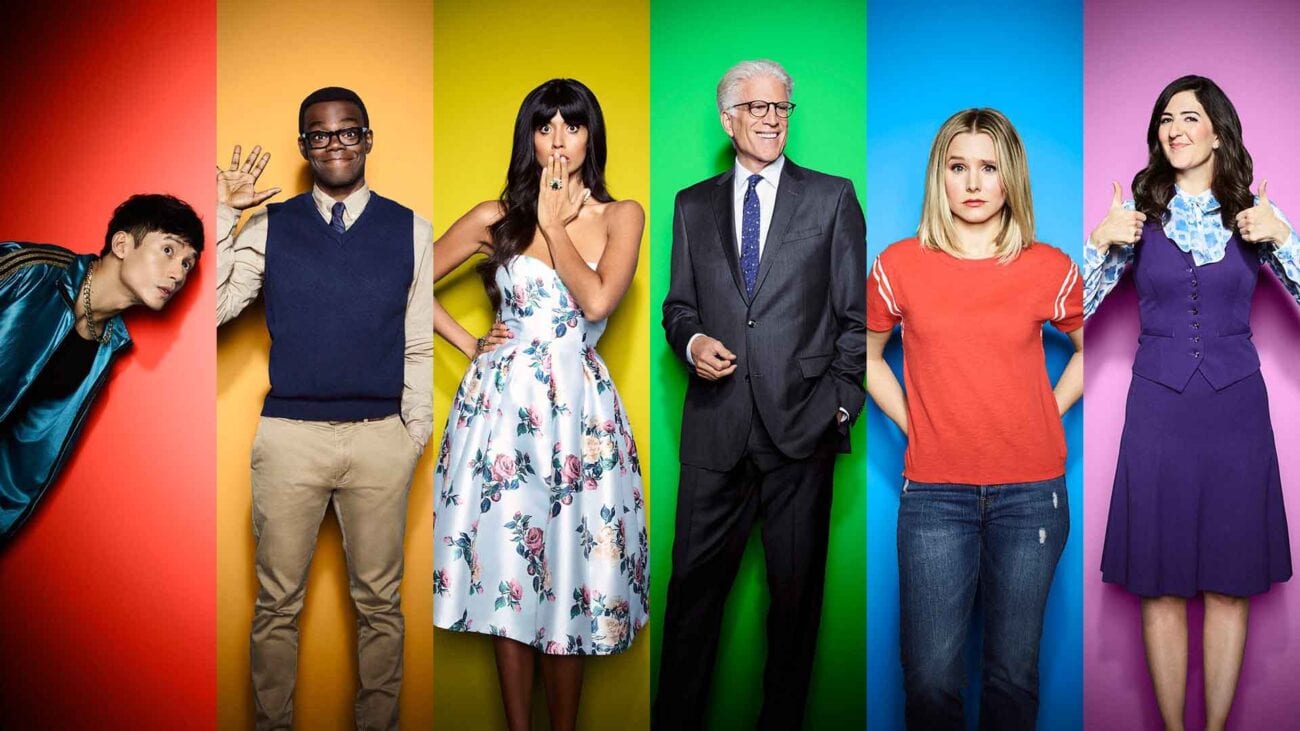 NBC’s The Good Place charmed audiences into submission on its four-year run until it, like all good things, came to an end this past January. We miss the hijinks and the infinite amount of frozen yogurt, but most of all the cast of imperfect characters we felt so close to during the show’s four-season run.

Great comedic personalities come with The Good Place cast, from snarky selfish Eleanor to hilariously neurotic Chidi, to pyromaniac dumb-dumb Jason. They all have their moments as they trade quips throughout the series that left us weeping by its end.

The Good Place cast is as diverse as its reactions in navigating the strange universe of the Good Place, the Bad Place, and the Middle Place. They’re either humans paying penance for their crimes on Earth or otherworldly beings deciding the fates of these humans. In either case, the situation calls for some great one-liners. 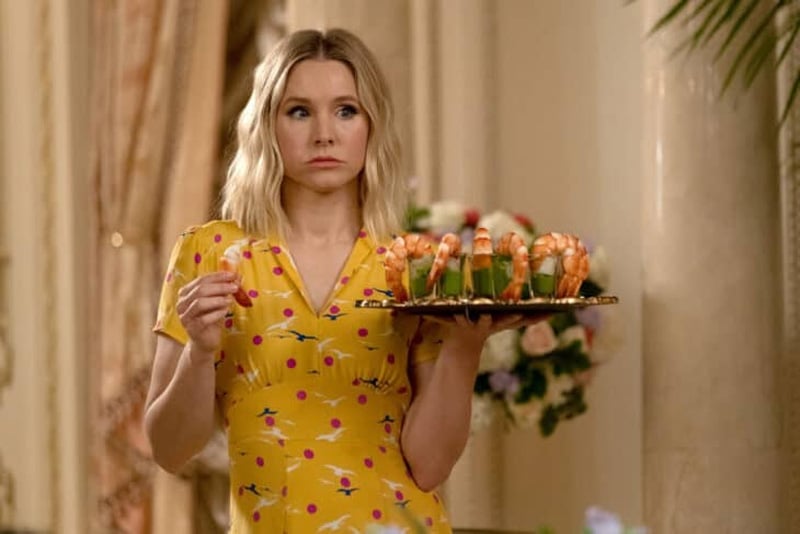 Whether Kristin Bell’s Eleanor Shellstrop is slamming margaritas, tricking Good Place/Bad Place architect Michael, or questioning ethics with Chidi, she almost always has something to make us cackle. One of Eleanor’s greatest bits is when she reveals to Michael that she’s figured out his plan to torture her in the hell of the Bad Place, under its guise as the Good Place.

When Eleanor figures it out, she tells Chidi & Tahani and defiantly screams in Michael’s face that if he tries to do so again, she’ll figure it out, “because you know what, Michael, ya basic!” The line becomes one of the show’s best callbacks, as Eleanor later throws the jab at Chidi, and even Michael picks it up episodes later. 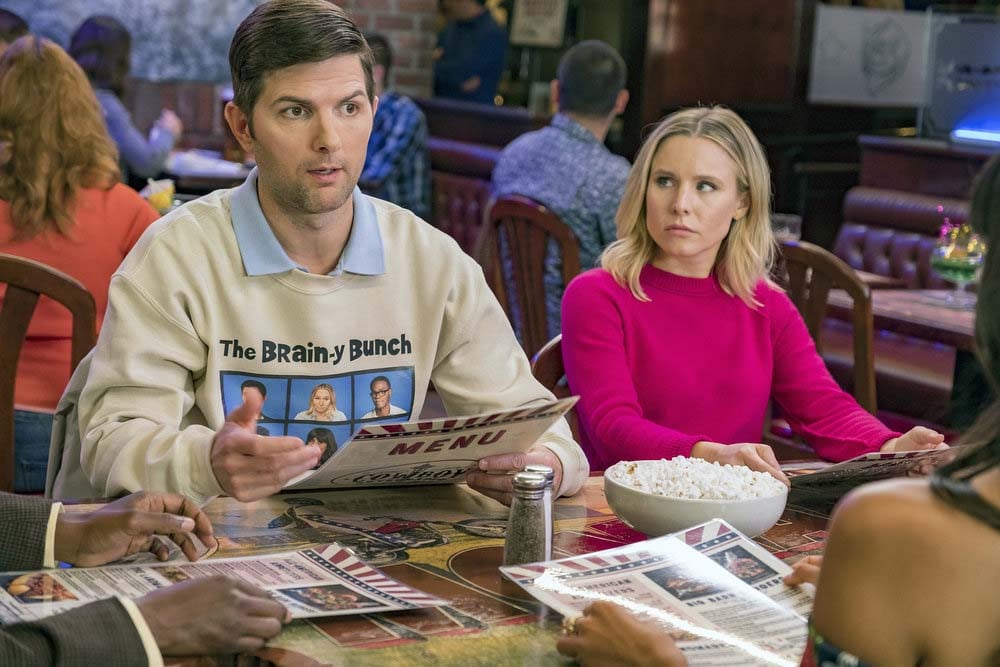 In addition to the great mains in The Good Place cast, there are some amazing side characters that often shine brighter than anyone; Shawn, Vicky, Judge Gen, and Mindy St. Claire all have their spotlit moments. None is perhaps more memorable than the Bad Place’s most beloved demon, Adam Scott’s Trevor.

Trevor never ceases to take the gang down a notch, and he has a sadistic favorite in Eleanor. When she compares herself to the deserving members of the Good Place community at dinner, Trevor tells Shellstrop “good Eleanor” is like a ball of light, while she’s “like a wet pile of mulch. If someone made a person out of wet mulch and leaves, and like dead slugs, that’s you.” (Wow, tell us how you really feel.) 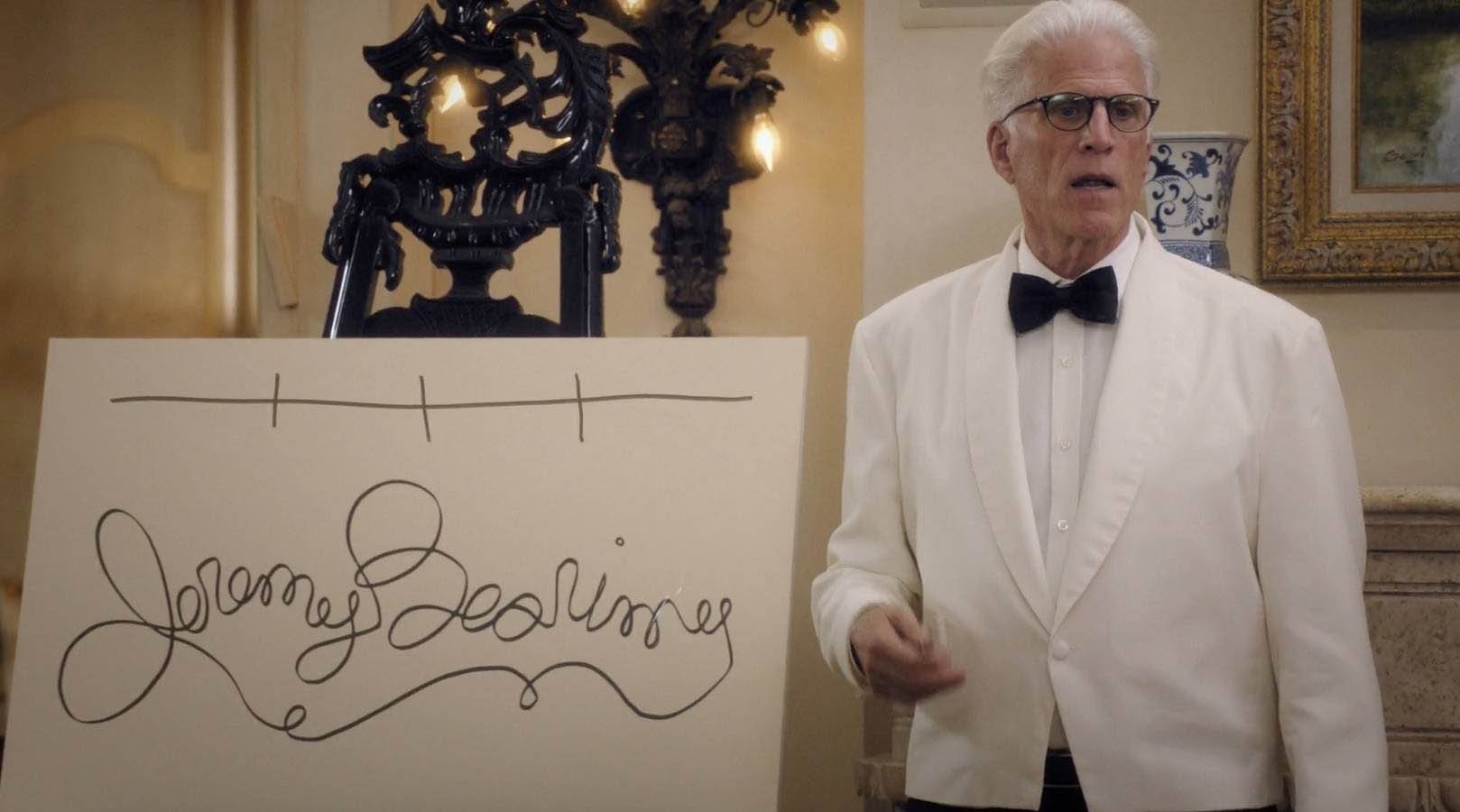 Chidi has some of the best quotes of The Good Place cast. We can’t help but crack up each time he speculates getting placed in a version of hell because he continued to drink almond milk, despite his awareness of the environmental risks.

Neurotic Chidi’s stomach aches and exclamations such as he “usually panics, but [is] happy to freak!” consistently yield laughs. However, his most memorable quote gives us another reaction entirely. (Grab the Kleenex!) 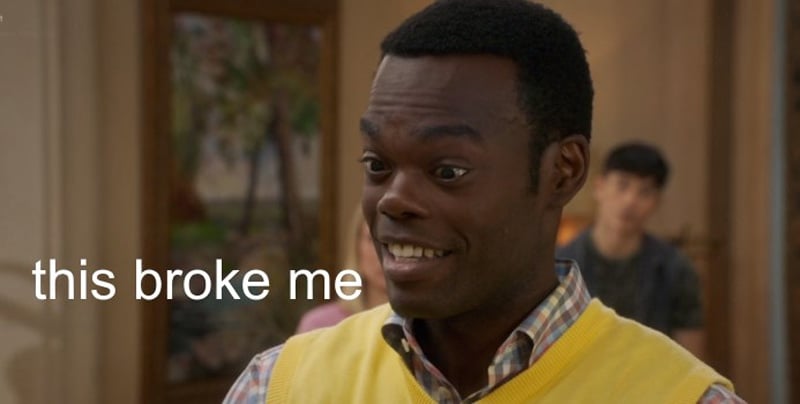 The line that’s now plastered on T-shirts on Etsy & Amazon, is, of course, “Jeremy Bearimy, baby.” In one of the show’s best episodes, Chidi & Eleanor anticipate losing their memories of each other. Chidi tells Eleanor there are no goodbyes, and that because of the flow of time in the shape of JB, they’ll meet again one day (sob).

The Good Place cast is nothing short of epic, and the series is a treasure trove of great quotes. They make us laugh & cry until we, yet again, binge the series from the beginning to the very end – and its new beginning.