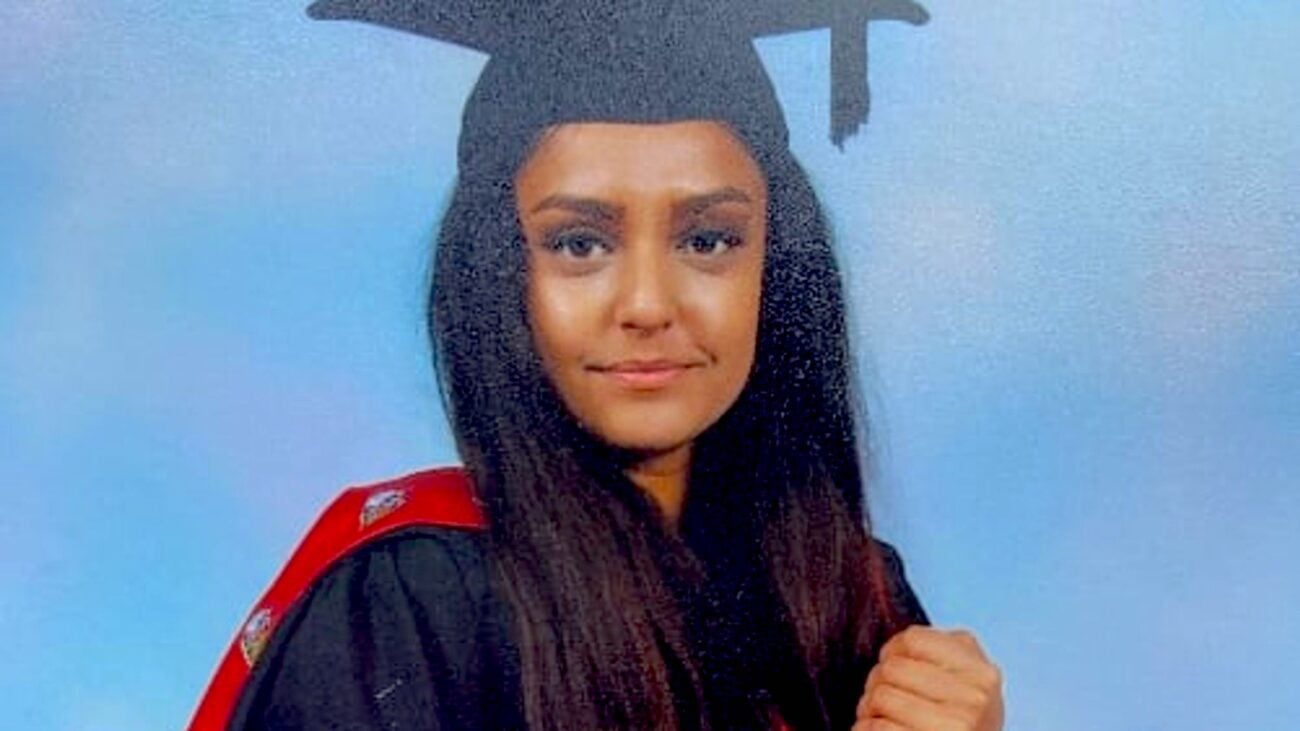 28-year-old teacher, Sabina Nessa was killed on what police believe was a “five-minute” walk to meet a friend at a pub. Police have reported that Sabina Nessa was on her way to The Depot bar in Kidbrooke Village, south-east London, from her home on Astell Road at about 8:30 pm on September 17th.

The next morning, her body was found in Cator Park. Currently, the killer is still at large. The police have begun a murder inquiry, and a man was arrested but released under further investigation. Sabina Nessa’s murder comes after a string of gender-targeted killings in the U.K. and women are refusing to just stand by and watch. 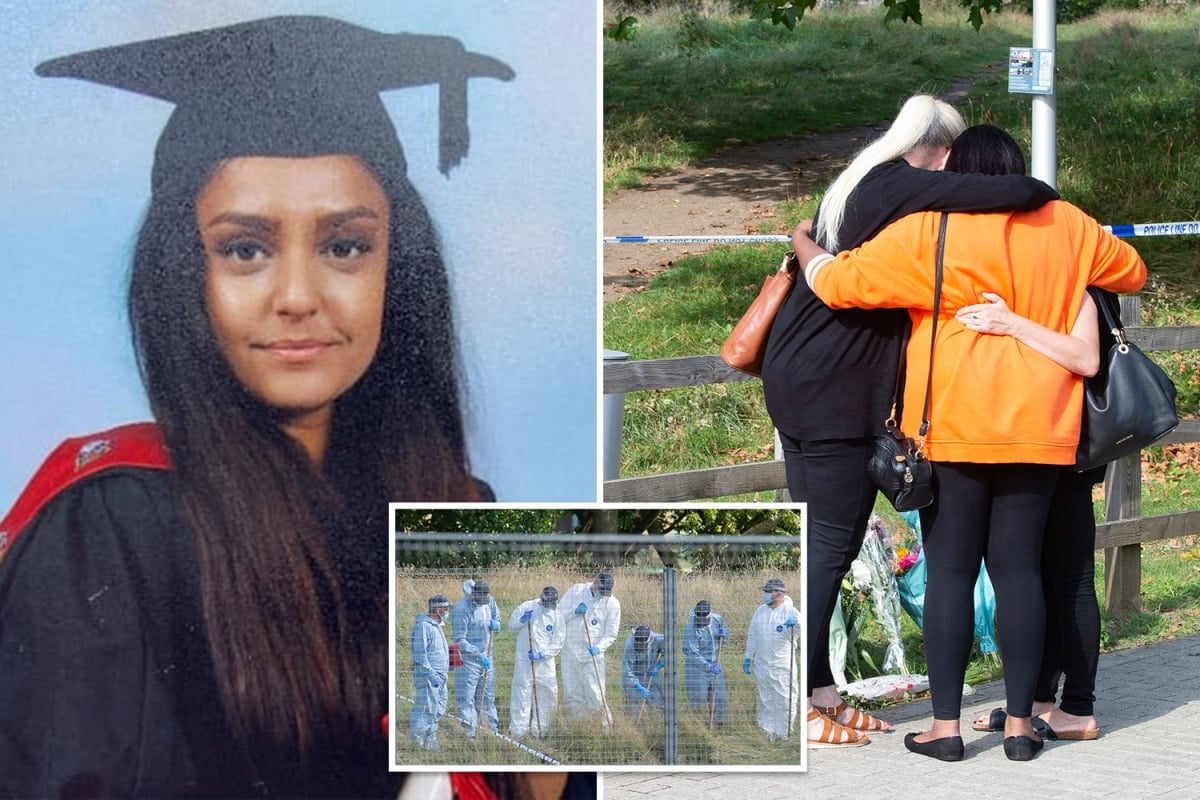 On Thursday, London’s Metropolitan Police detailed in a statement that Sabina Nessa had left her home in the borough of Greenwich just before 8:30 p.m. on Friday, September 17th. Detectives believe that she was walking through Cator Park towards a bar in Pegler Square, where she had intended to meet a friend.

The police added that it’s believed that she was killed on her journey through the park that evening. It was also revealed that her body was found the following afternoon, close to a nearby community center. An autopsy was unable to determine Sabina Nessa’s cause of death.

“Sabina’s journey should have taken just over five minutes but she never made it to her destination,” Detective Chief Inspector Joe Garrity said. He continued, “We know the community are rightly shocked by this murder — as are we — and we are using every resource available to us to find the individual responsible.” 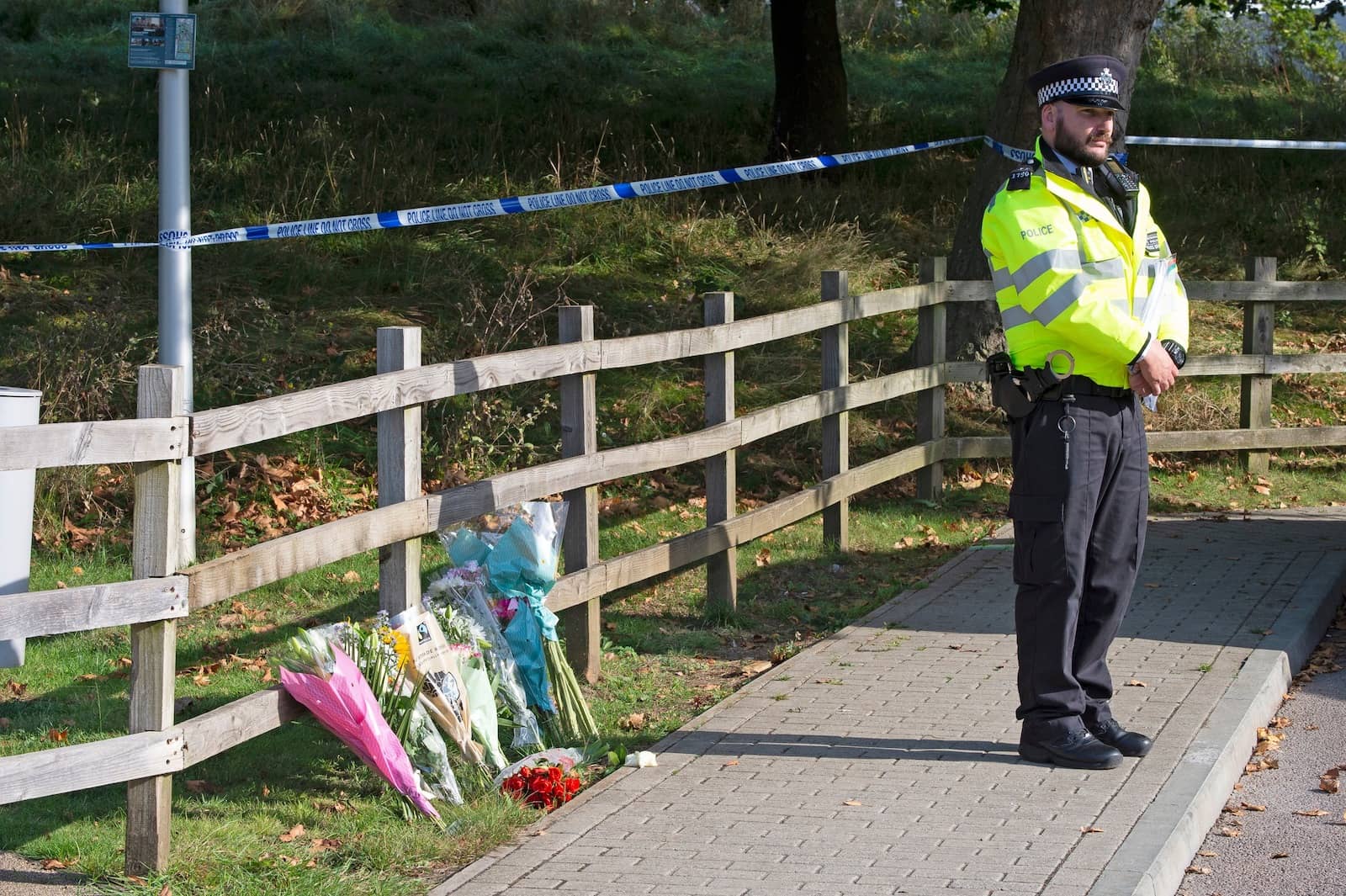 Garrity added, “Our investigation is making good progress, and specialist officers remain at the crime scene carrying out intensive searches and inquiries.” 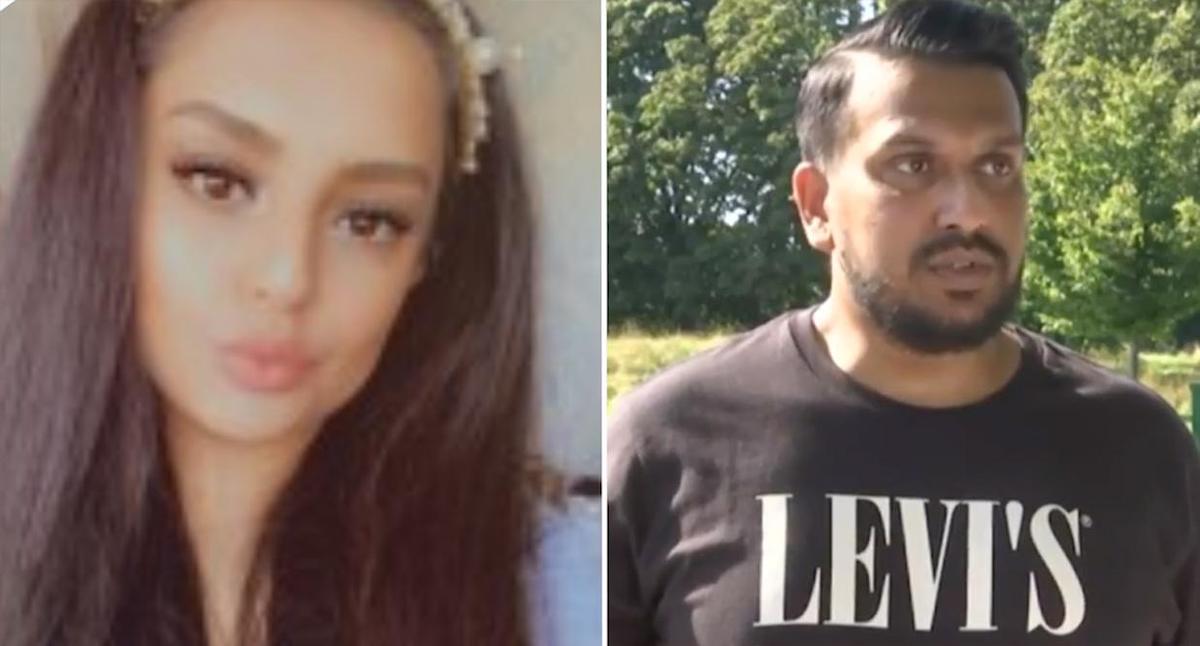 Zubel Ahmed, Nessa’s cousin, shared with ITV News that the family is still in shock and that the news of her death has left them “devastated” and “inconsolable.”

Sabina Nessa was a primary school teacher in Lewisham, southeast London. Ahmed described her as “the most caring person – kindest, sweetest girl you could meet.” Ahmed said, “I don’t understand how someone can do this, I really don’t. It’s a big, big loss to our family.”

He added, “She’s been teaching for two years. Loves teaching, loves kids, she’s got a couple of cats at home. She was just a beautiful soul.” He also said her parents were “absolutely shocked” and “inconsolable still, understandably so, to hear of their daughter being taken away from them by some cowardly man”. 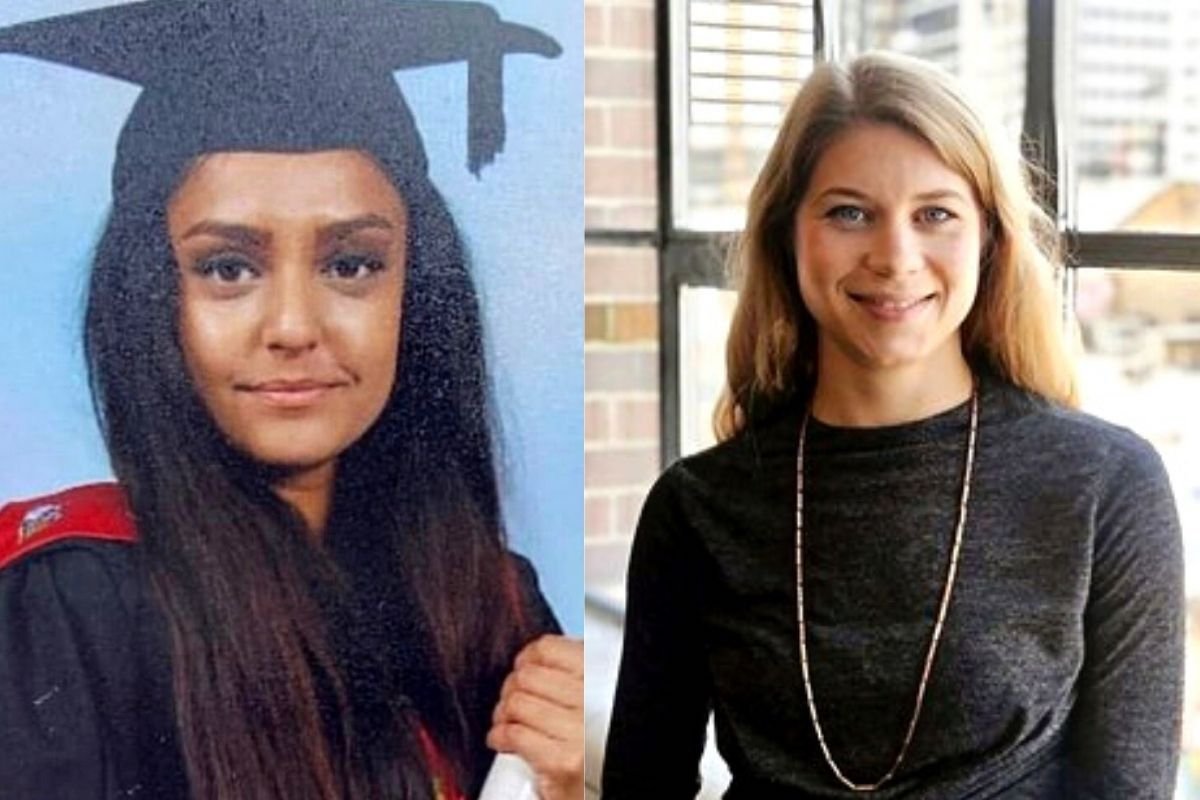 Protests on violence against women in the U.K.

Sabina Nessa’s death comes only six months after the country was outraged by the rape & murder of 33-year-old Sarah Everard. The young woman went missing after leaving a friend’s house in Clapham, south London, on May 3rd.

Her body was found a week later and over 50 miles from where she was last seen. It was revealed that her killer was a serving police officer who pleaded guilty to her kidnap, rape, and murder.

Since Everard’s murder, women across the U.K. have come forward with their own accounts of sexual harassment and mistreated cases of sexual assault. It even sparked a debate on the ‘rape culture’ in some of the most renowned universities in the country. 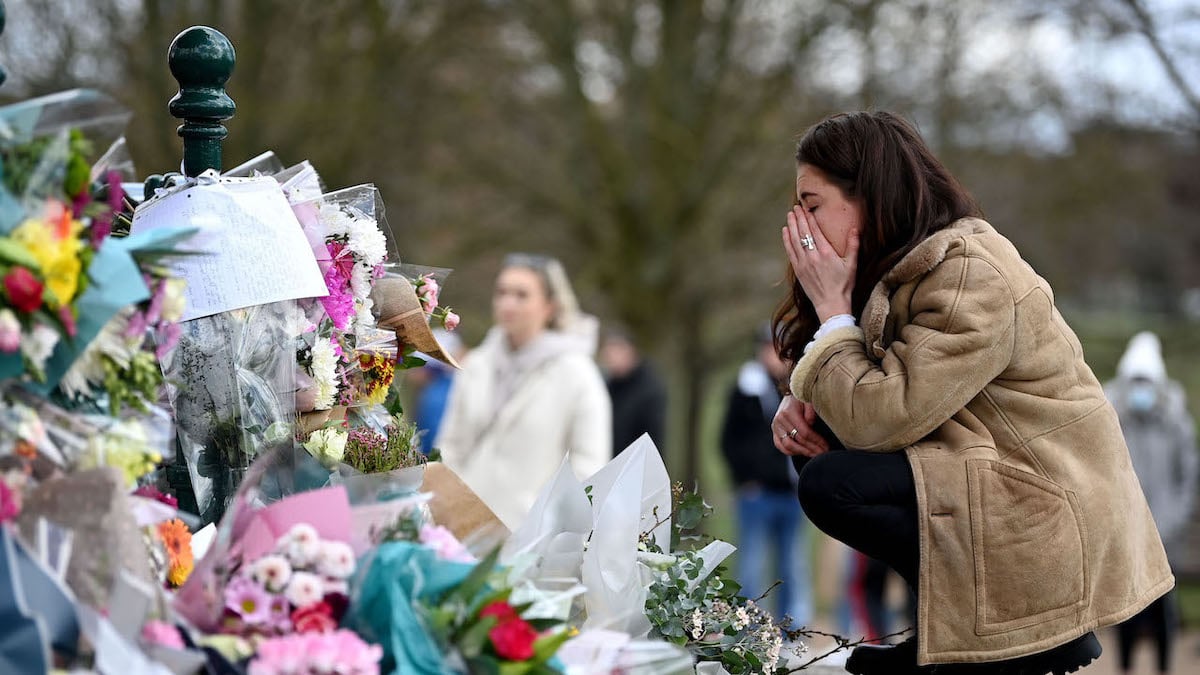 CNN reported that more than 200 women were murdered between March 2019 & 2020 in the U.K., according to data from the Office for National Statistics and the Scottish government. It was also determined that around one woman is murdered by a man every three days in the U.K. 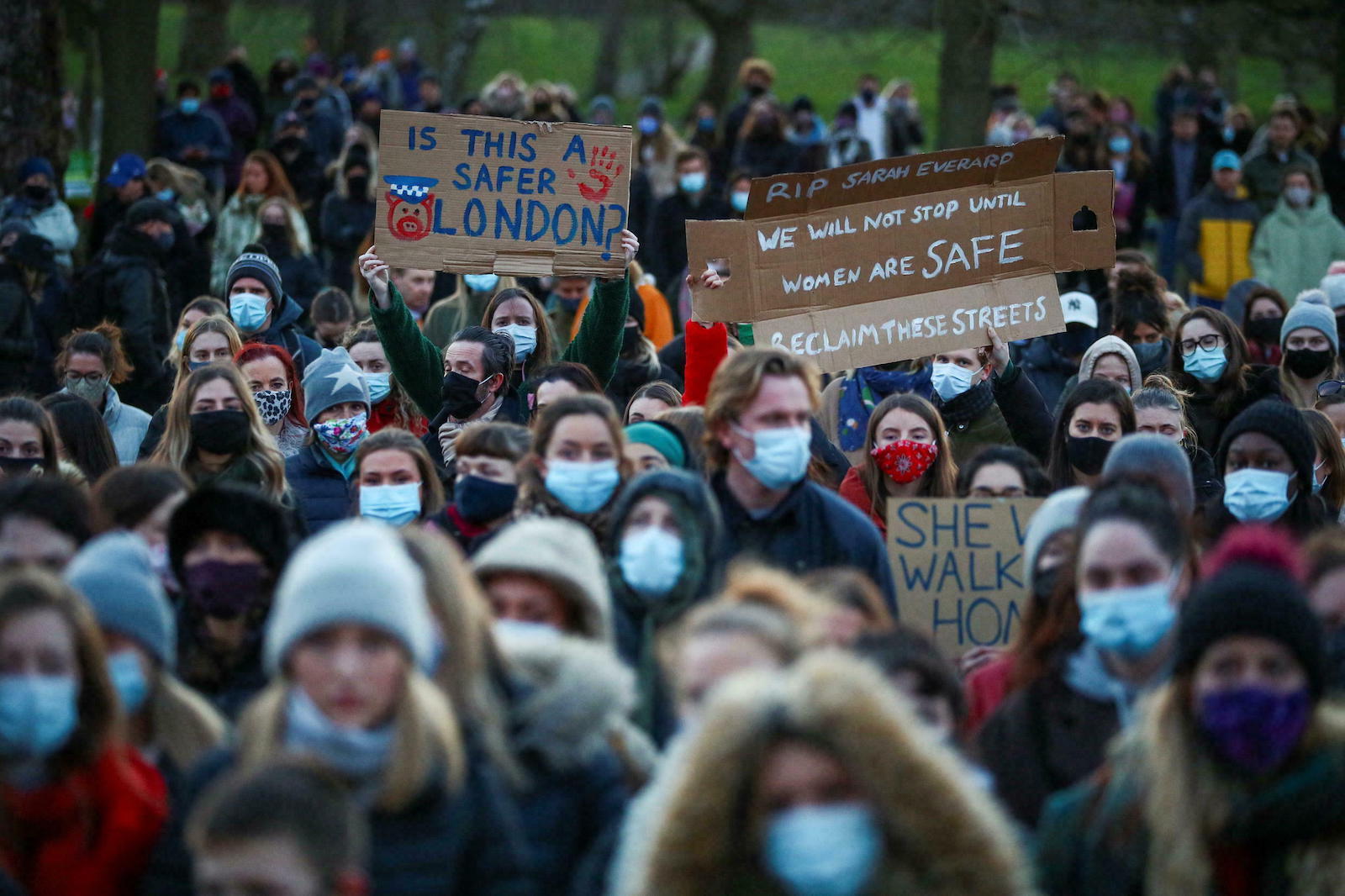 Everard & Nessa’s deaths, which caused widespread protest, transpired just as a controversial policing bill passed through Parliament. Critics of the bill believe this legislation would hinder the public’s ability to protest and grant even more power to police which is already being criticized.

Yet, women have still taken to the streets with protest signs detailing the ongoing violence against women and their own personal stories of abuse.

Are you shocked by the U.K.’s statistics of violence against women? What do you think about the new bill passed by Parliament? Let us know your thoughts in the comments below.