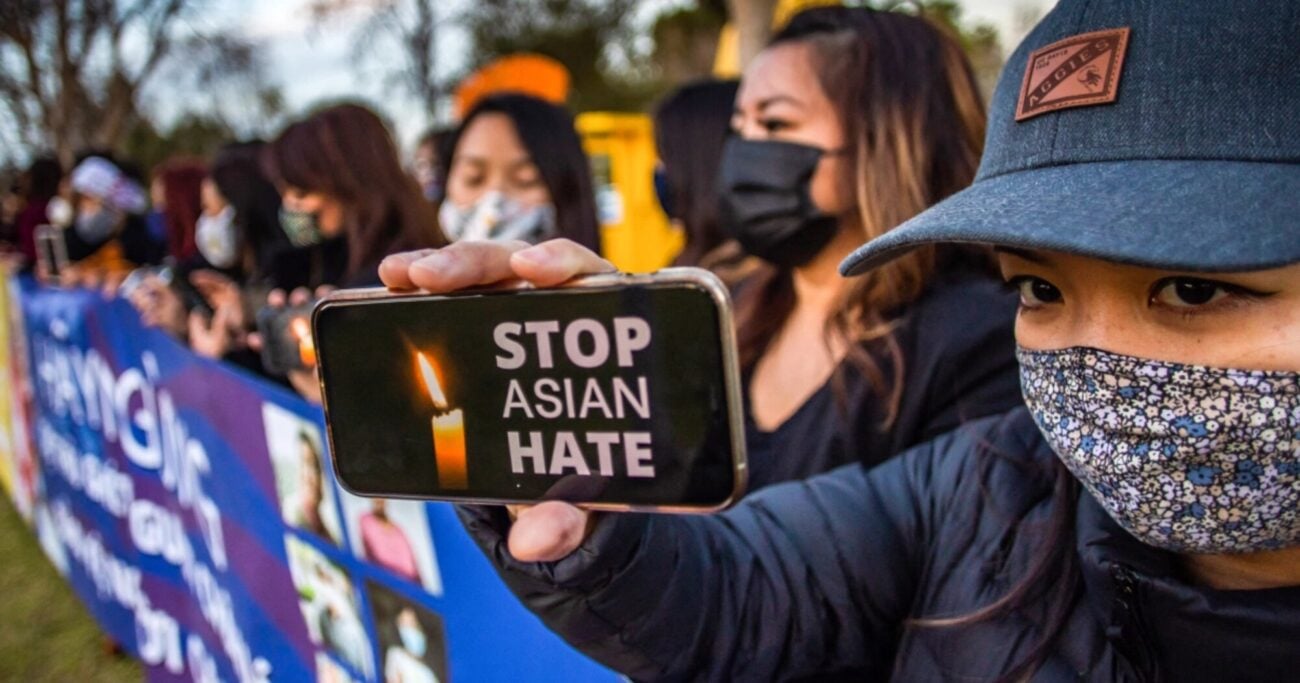 Protesting for human rights: Why Asian Americans have had enough

While Asian Americans already faced a surge in racist attacks this past year, a white gunman was just charged with killing eight people in three massage parlors in the Atlanta area, with most of the victims being specifically Asian women. Since then, Asian Americans & Pacific Islanders have turned to social media to express their sadness, anger, and frustration towards the ongoing racism inflicted on this country. 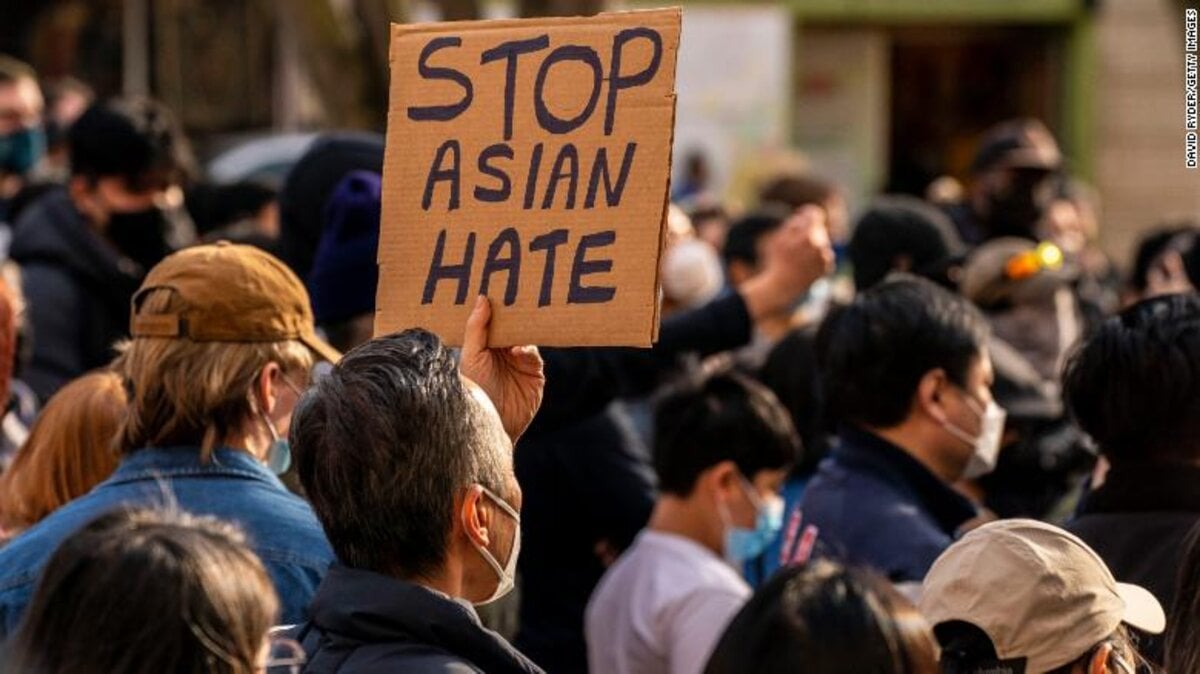 “I think the reason why people are feeling so hopeless is because Asian Americans have been ringing the bell on this issue for so long. … We’ve been raising the red flag”, Aisha Yaqoob Mahmood, the executive director of the Atlanta-based Asian American Advocacy Fund told AP News. Since the start of the COVID-19 pandemic, Asians have faced a surge in racially-based hate crimes by folks who unfairly blame the virus on them.

Most people were outraged when the shooter, twenty-one-year-old Robert Aaron Long, was not immediately charged with hate crimes. Authorities reported that Long said the attack had no racial motivation, and said his reasoning for the attack was because of “sex addiction”. To that, Margaret Huang, president & CEO of the Southern Poverty Law Center, said he “was very clearly going after a targeted group of people”.

Huang told AP news that law enforcement needs “some training understanding what a hate crime is”, and specified that the gunman “identified targets owned by Asians”. Since the shooting that occured on Tuesday evening, the hashtag #StopAsianHate has been a trending topic on social media calling for an end to racism made against Asian Americans & Pacific Islanders.

Stop AAPI Hate is proud to announce our latest national report, measuring anti-Asian hate incidents from March 2020-Feb 2021. In the last 12 months, we have tracked 3,795 hate incident reports from APIs in all 50 states and DC. pic.twitter.com/fbKUUdByvj

NBC News specified that “while it’s unclear whether the businesses had any ties to sex work, experts and activists said it was nearly impossible to divorce race from the discourse – regardless of whether Long will be charged with a hate crime – given the historical fetishization of Asian women, which has made them uniquely susceptible to sexual and physical violence”.

Catherine Ceniza Choy, an ethnic studies professor at UC Berkeley, told NBC that to disregard race in these violent acts would erase the racism Asians, and specifically Asian women, have faced for over a century in this country. “Racism and white supremacy have been and tragically continue to be part of the Asian American experience”, Choy emphasized.

A recent report on hate crimes released Tuesday by Stop AAPI Hate revealed that among 3,800 reported incidents from this past year during the pandemic, sixty eight percent of the Asian respondents were women, while twenty-nine percent were men. Apart from this, NBC reported that “twenty-one percent to fifty-five percent of Asian women in the U.S. report having experienced physical and/or sexual violence in their lifetimes”. 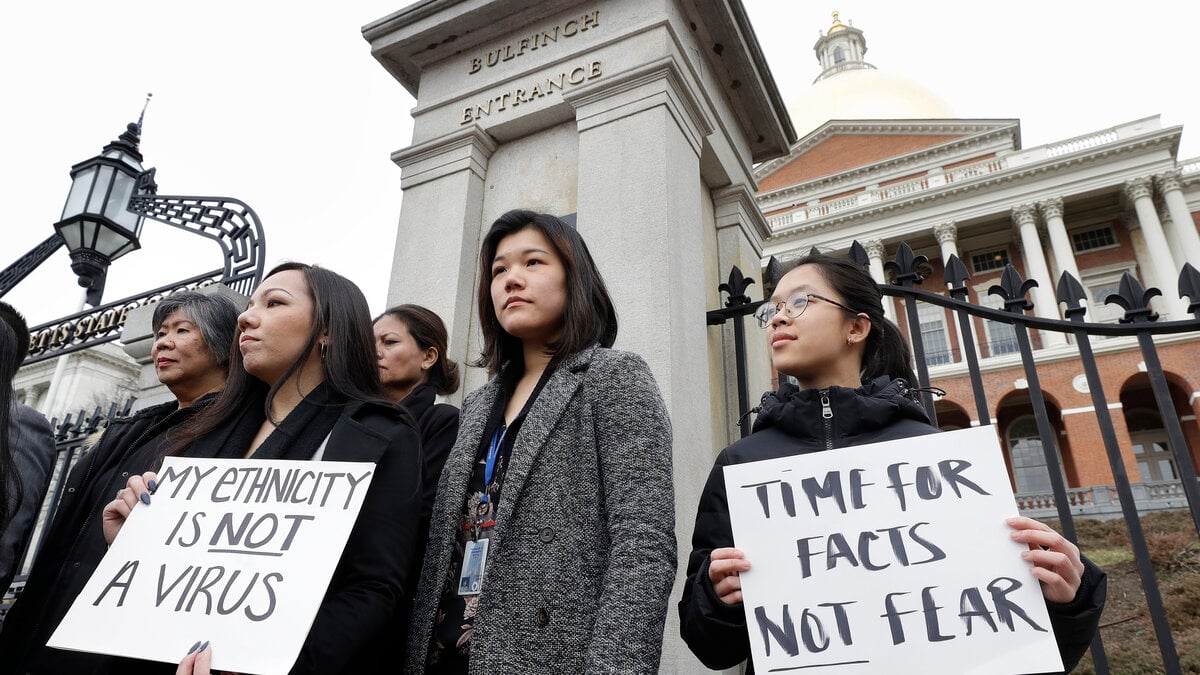 History of hypersexualisation of Asian women

With the gunman blaming his senseless acts of violence on “sex addiction”, it’s difficult to not consider that the link behind his reasoning can be traced back to the hypersexualisation and fetishization of Asian women. In 1875, Chinese women were targeted by the Page Act, a law that banned the immigration of Chinese women to the U.S. based on the moral clause that they were all considered to be prostitutes.

NBC News reported that they were concerned Chinese “prostitutes” would bring in “especially virulent strains of venereal diseases. . . and entice young white boys to a life of sin”(Sound familiar?). Furthermore, in World War II, Asian women were kidnapped from China, Korea, and the Philippines by Japanese soldiers to perform sex work in U.S. military camps.

Jane Hong, an associate professor of history at Occidental College, told NBC News that this gave “U.S. GIs the illusion of access and perennial permission to Asian women’s bodies”. As writer & musician Christine Liwag Dixon tweeted, “The hypersexualization of Asian women plays a HUGE part in the violence we face. I’ve been cornered on the street as men say ‘me love you long time.’”

The hypersexualization of Asian women plays a HUGE part in the violence we face. I've been cornered on the street as men say "me love you long time." I've been offered money for a "happy ending massage." I've been hit on because I'm Asian and told it's a "compliment."

“I’ve been offered money for a ‘happy ending massage’”, Dixon continued. “I’ve been hit on because I’m Asian and told it’s a ‘compliment’”. In another tweet, she added: “Asian women are so often seen and treated as objects, as trophies and this very real problem is often seen as a punchline i.e. jokes about mail order brides, the portrayal of Asian women in Hollywood. And Asian women are murdered because of it”.

NBC News reported that Choy stated: “Killing Asian American women to eliminate a man’s temptation speaks to the history of the objectification of Asian and Asian American women as variations of the Asian temptress, the dragon ladies and the lotus blossoms, whose value is only in relation to men’s fantasies and desires. This is horrifying. Stop fetishizing us.”