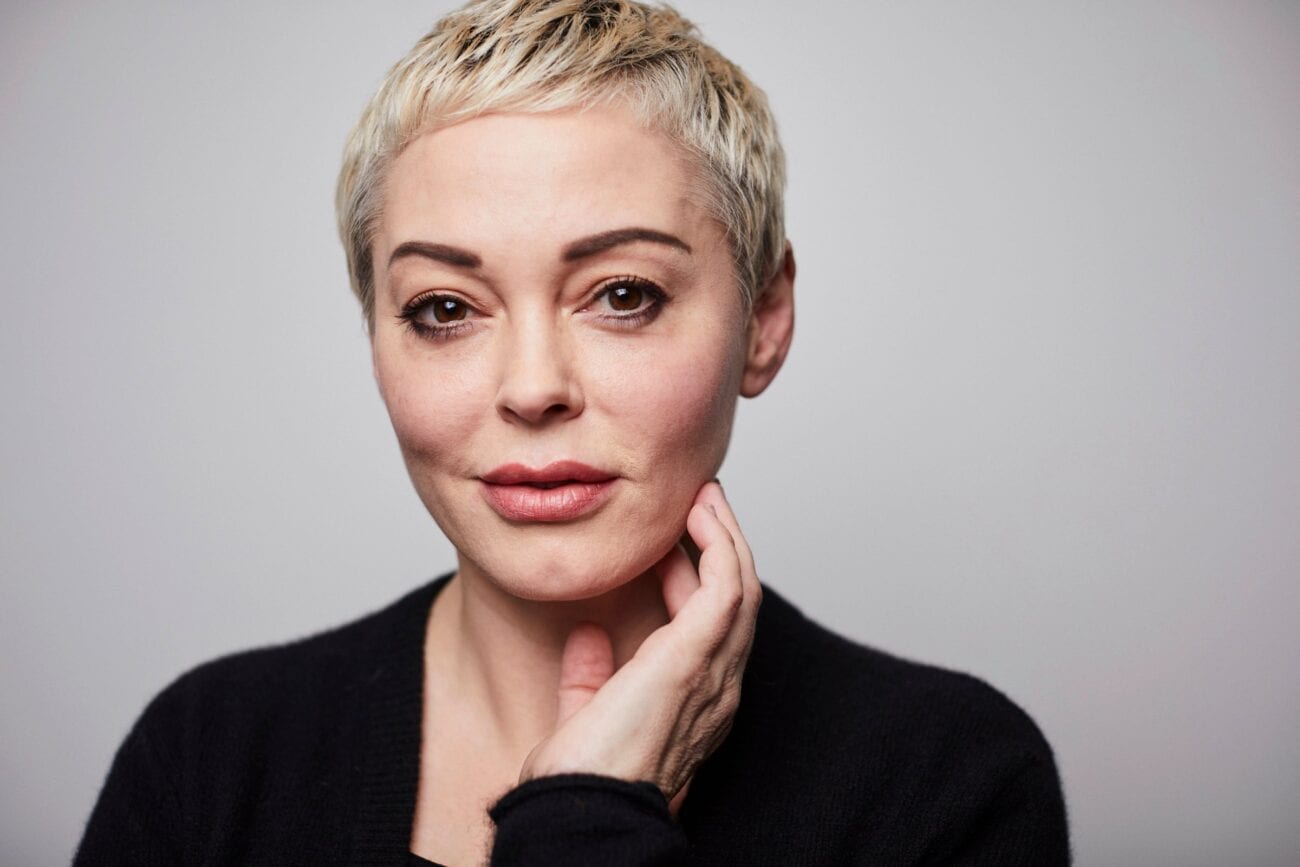 Rose McGowan on Twitter: All the raw, nude, and crazy things she said

Rose McGowan has never shied away from controversy. McGowan’s life has been extreme ever since she was born: she was born into the Children of God cult, better known as The Family International, from which she managed to escape.

McGowan’s list of credentials is extensive: actress, activist, author, director, singer. She gained popularity with her early work on screen as Tatum Riley on Scream (1996) and Paige Matthews on Charmed (1998-2006).

Rose McGowan has plunged deeply into the world of activism as she strives to “take down the Hollywood patriarchy”. The performer’s Twitter rants never fail to cause a storm. Let’s take a look at the raw, nude, and controversial rants all over Rose McGowan’s Twitter. 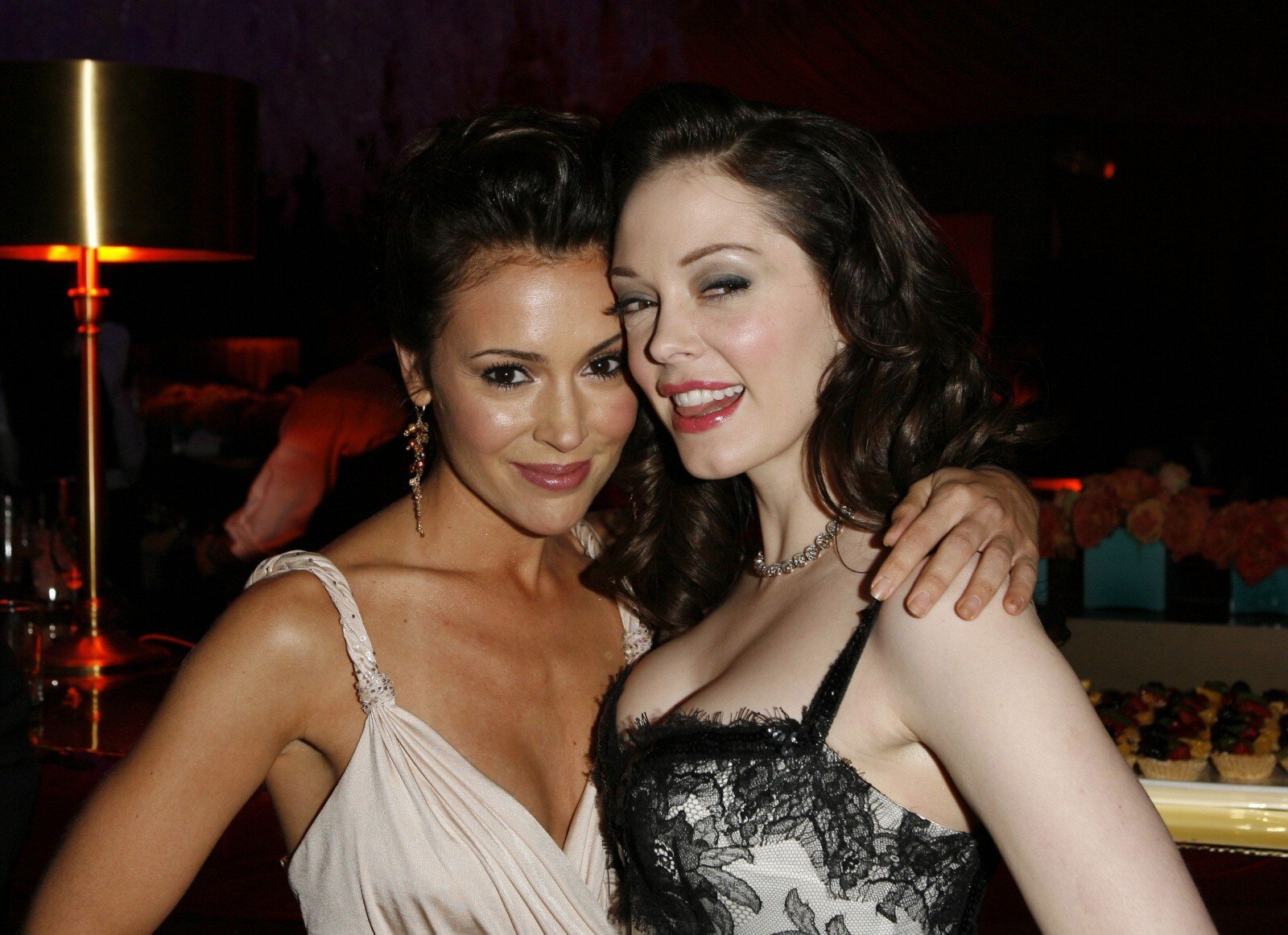 Working alongside someone you aren’t a huge fan of is just grating – and when you’re in the public eye it can cause quite a stir. Alyssa Milano, known for playing Phoebe Halliwell on beloved series Charmed, is no stranger to stirring drama among castmates.

Ummm… did you conveniently forget only WHITE WOMEN got the right to vote? They betrayed all others. To quote Marilyn Manson, “I was not born with enough middle fingers.” https://t.co/pzZxWuhsDS

Milano shared her views on the U.S. Democratic Party and praised it for their standpoint on issues involving abortion access & equal pay. Former costar McGowan wasn’t impressed, and pointed out racial bias in U.S. voting laws.

1) You stole #metoo (a brilliant communication tool, not a movement) from Tarana. You co-opted my movement, the Cultural Reset, for fame, jealous of me for outing my rapist. You made 250k per week on Charmed. (Con’t) pic.twitter.com/d9HmnJEYXM

The two actresses bickered back & forth: McGowan then brought up alleged Charmed drama involving salary disagreements. The feud prompted the hashtag #AlyssaMilanoIsALie to trend all over Twitter. Rose McGowan has the following to bring opposing people down. 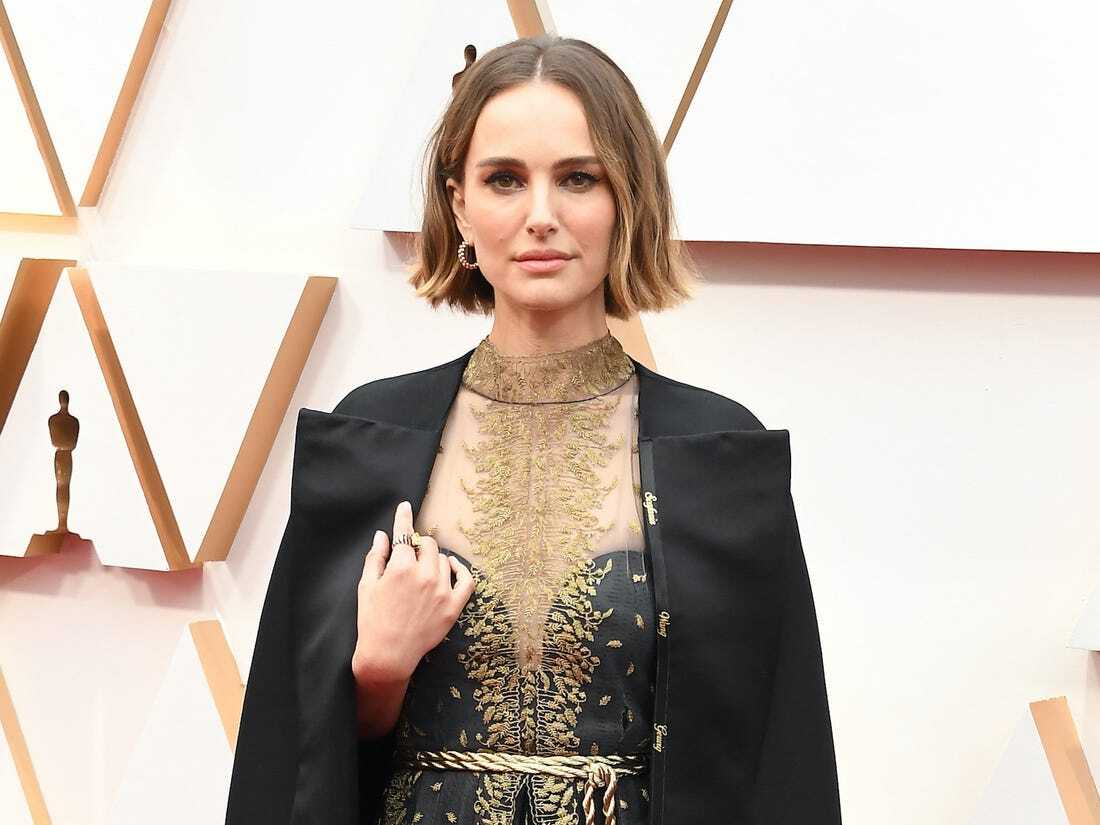 Over the years, everyone’s had their say regarding fashion on red carpets across the world – the Oscars are a prime example. When the #MeToo/Time’s Up movement was at its peak, many celebrities showed their support by wearing significant ensembles to illustrate their viewpoint.

Natalie Portman showed up to the 2020 Oscars wearing a Dior cape covered in names of snubbed female directors. Many fans expressed admiration for the gesture – apart from Rose McGowan, of course. In lengthy Facebook & Twitter posts, McGowan bashed Portman, claiming she wasn’t as brave as many implied: 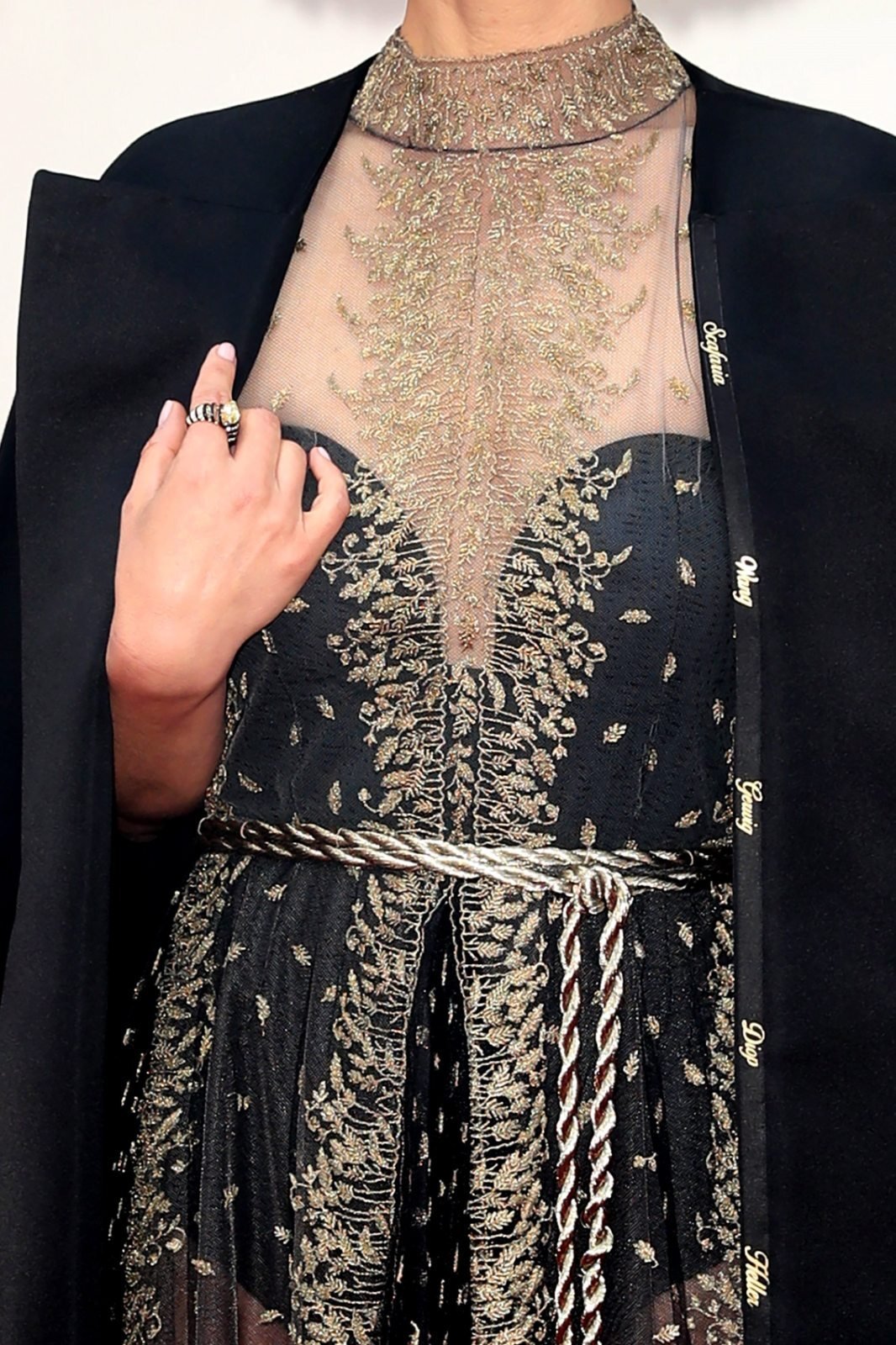 “Some thoughts on Natalie Portman and her Oscar ‘protest.’ The kind of protest that gets rave reviews from the mainstream media for its bravery. Brave? No, not by a long shot. More like an actress acting the part of someone who cares. As so many of them do.

“I find Portman’s type of activism deeply offensive to those of us who actually do the work. I’m not writing this out of bitterness, I am writing out of disgust. I just want her and other actresses to walk the walk. Natalie, you have worked with two female directors in your very long career—one of them was you. You have a production company that has hired exactly one female director—you.”

A month or so after this attack on Portman’s choice of attire, McGowan expressed regret for the outburst (which she since removed from Twitter). “My critique should’ve been about Hollywood’s ongoing culture of silence. I realise that by critiquing someone personally, I lost sight of the bigger picture.”

Film director Alexander Payne is now being brought into question following Rose McGowan’s recent allegations. McGowan called out Payne, sharing her story from an alleged assault which occurred when she was only fifteen years old.

In another tweet, McGowan stated: “I just want an acknowledgement and an apology. I do not want to destroy.” Alexander Payne has since denied the allegations – but commended McGowan backhandedly for her work within the #MeToo movement. 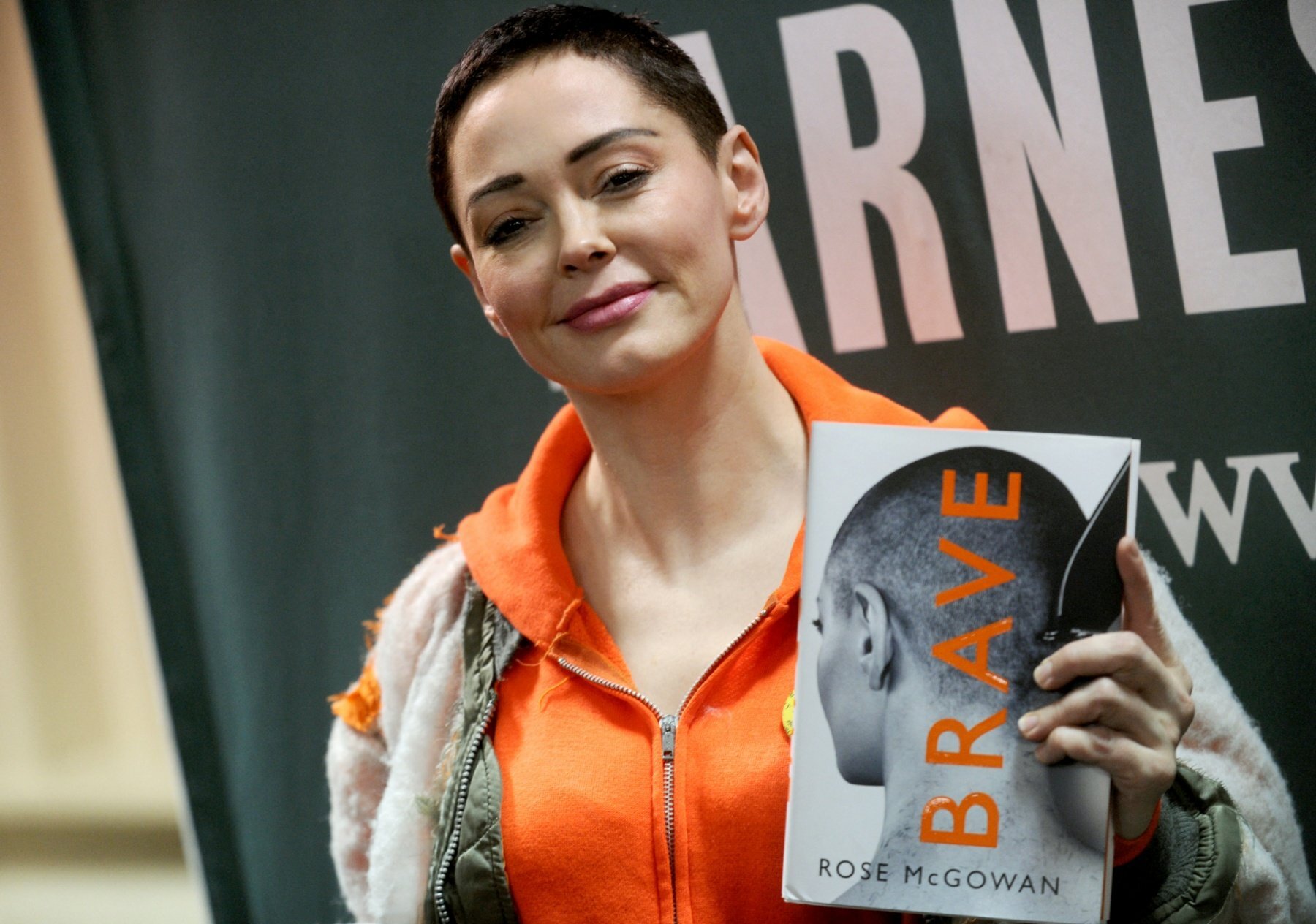 In a column for Deadline, Payne revealed: “What she has said about me in recent social media posts is simply untrue. Rose is mistaken in saying we met when she was fifteen, in the late 1980s. I was a full-time film student at UCLA from 1984 until 1990, and I know that our paths never crossed.”

McGowan didn’t take this lightly, and was angered by the lack of an apology. She has since stated, “I told Payne to acknowledge and apologize; he has not. I said I didn’t want to destroy; now I do. Why do these men always lie? I will now make it a mission to expose him. I am not the only one.”

Payne has since refused to talk any further about the “false allegations”.

My real name is Rósa Arianna McGowan. I have lived a double life. Being a radical has been my only way out of being controlled by three letters that start with C. It’s nice to meet you all. Go to my IG for more. #CulturalReset pic.twitter.com/j9jmFE3PQs

Recent news has come from Rose McGowan herself. Marisol Nichols isn’t the only person undercover in Hollywood, it seems. Rose, or should we say Rósa Arianna McGowan, took to Twitter & Instagram to declare her recent career change to the world. McGowan discussed her role as a social anarchist on the path to bring forth the alleged evils from Hollywood & DC.

#PLNT9NTZ I’m so happy right now. Surrounded by those I love. And those who see truth when it is there, not when it’s convenient. My movement was never #MeToo. Like I’ve always said, I am a #MeToo, I’m not #MeToo. My real name is Rósa Arianna McGowan. I am here to subvert the dominant paradigm. I am here to force a hard Cultural Reset. I came to finish my father, Daniel McGowan’s work. My mother Saffron’s work. There are two agencies that rule your mind. They both being with C. Being a Radicaj Utopian, I consider myself a social Anarchist. It has been my life’s unwavering mission to get those in the greater cult of bordered nations, of bordered minds. I affect the System because I can. Because I was born into a world not like yours, not like almost anyone on Earth. Understand this, I am not like most of you. I was not raised to think, act or be like you. Your collective values, by and large, are not mine. Your System is not mine. But the way I got out of the Cs was by going public in 2014, at first with my work, Dawn. Best laid plans. I had to break my way out of two iconic evils. Hollywood. DC. I know them both all too well. They are united against all of us.its not you, it’s them. Trust me. I want nothing from anyone, I only wish to educate and make those unaware aware. I have lived in both evils, worked with both evils, I know cults well. What has the system you are in done for you mentally? How do you feel? Going well? No. I offer an alternative way of thinking and seeing traditional thought. I’ve lived behind the scenes in a life that would be unimaginable to most, but necessary and vital for me, and lifesaving for many. I thank you all for going through another bloody round in this exodus.

McGowan is planning on continuing her parents’ work forcing a hard “Cultural Reset”. Hopefully we’ll get an opportunity for a glimpse into the allegedly “iconic evils” McGowan is trying to take down. McGowan shared some photos which apparently showed her in the Middle East.

McGowan keeps mentioning “three letters that start with C”. Could she possibly be referring to U.S. federal spy agency CIA, or perhaps famed large Hollywood talent agency CAA? Either way, it appears McGowan wants to take down some big organizations.

What is Rose McGowan’s mission? Do you believe the actress is being honest about what exactly that is? Let us know your thoughts.