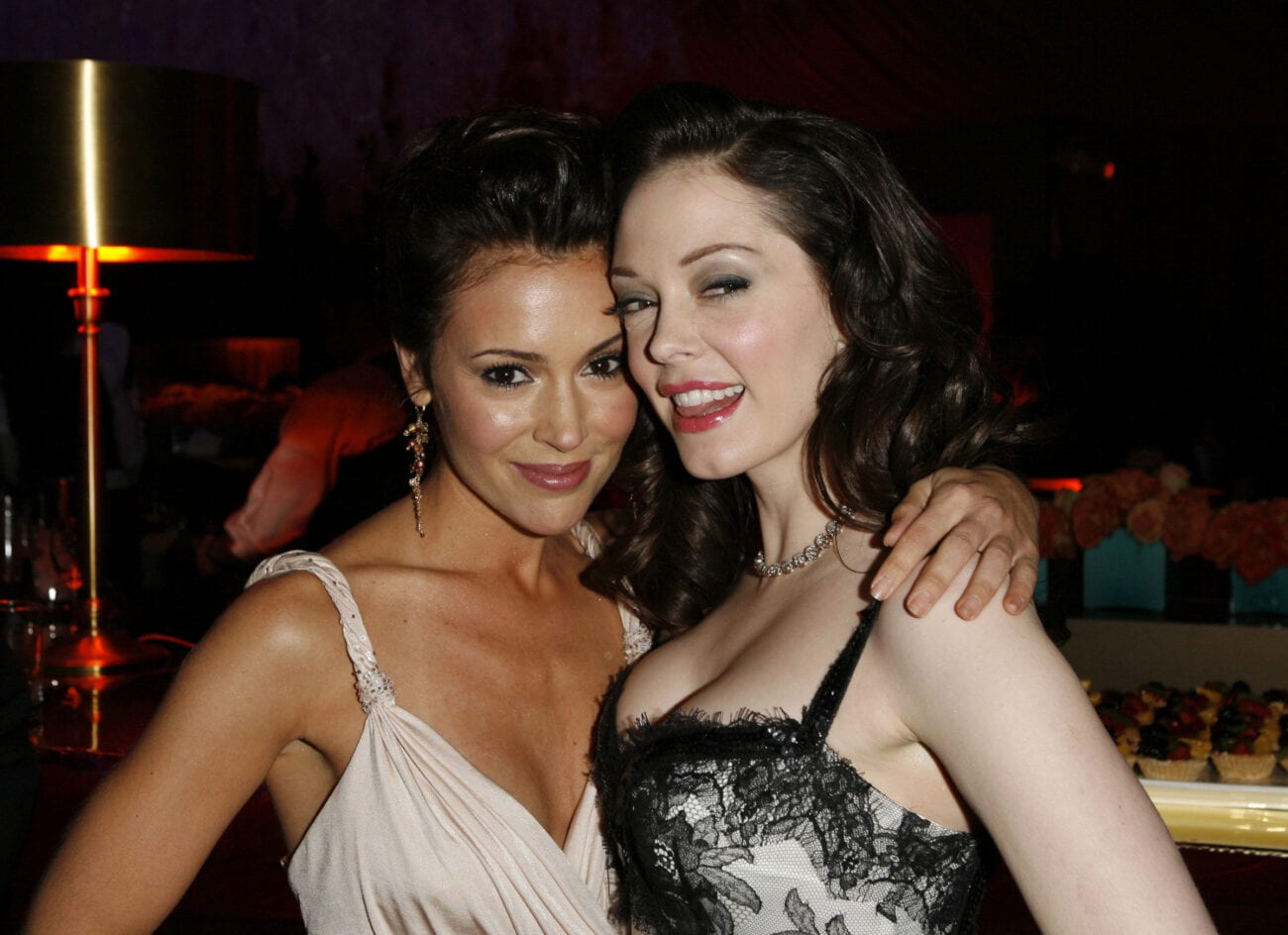 What did Rose McGowan just say about her “Charmed” co-stars?

Rose McGowan was a latecomer to the beloved WB (later The CW) hit show Charmed. Following the three Halliwell sisters with magical powers, Charmed centered on these witches’ neverending fight against evil forces in San Francisco.

However, there were evil forces behind the scenes of Charmed, namely, drama. Shannen Doherty was fired after Season 3 following conflicts with co-star Alyssa Milano. Rose McGowan came in after her as the fourth Halliwell sister, Paige, a feisty half-white-lighter (Charmed’s name for angels) who was adopted away from her sisters.

Now, over a decade after Charmed wrapped for the last time, new drama is surfacing. Amid a feud over #MeToo, Rose McGowan hit back at her former co-star in a Twitter feud, accusing her of toxic behavior on set. Here’s what’s going down. 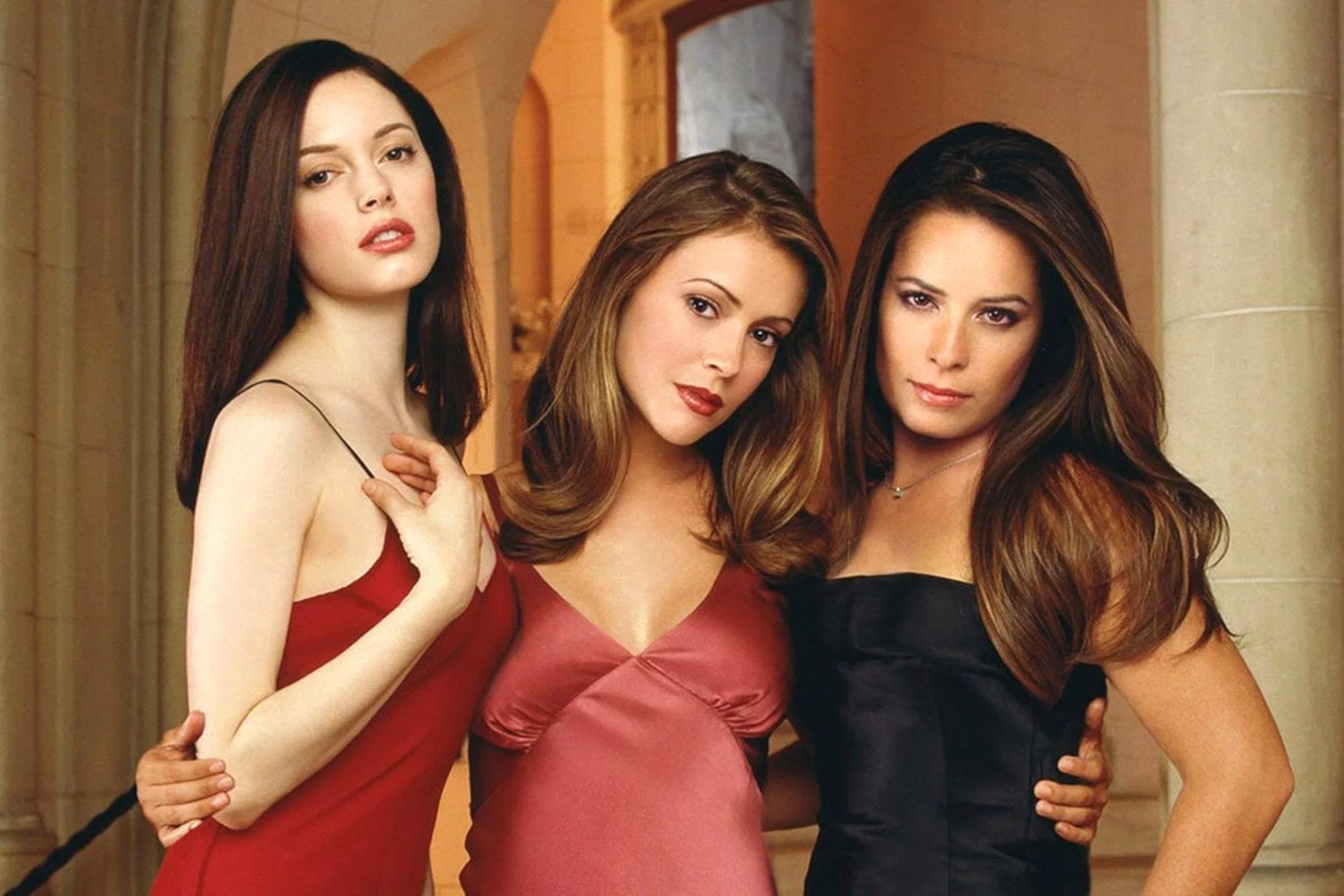 Both Alyssa Milano and Rose McGowan came forward with sexual assault stories during the #MeToo movement. Rose McGowan shared her story of being sexually assaulted by Harvey Weinstein in the 1990s before her time on Charmed.

Milano allegedly kicked off the #MeToo Movement in 2017 by asking her followers on Twitter to share their stories of being sexually harassed by using the hashtag #MeToo. However, Rose McGowan quickly pointed out that Tarana Burke, an activist from The Bronx, was the first to use the phrase in 2006. 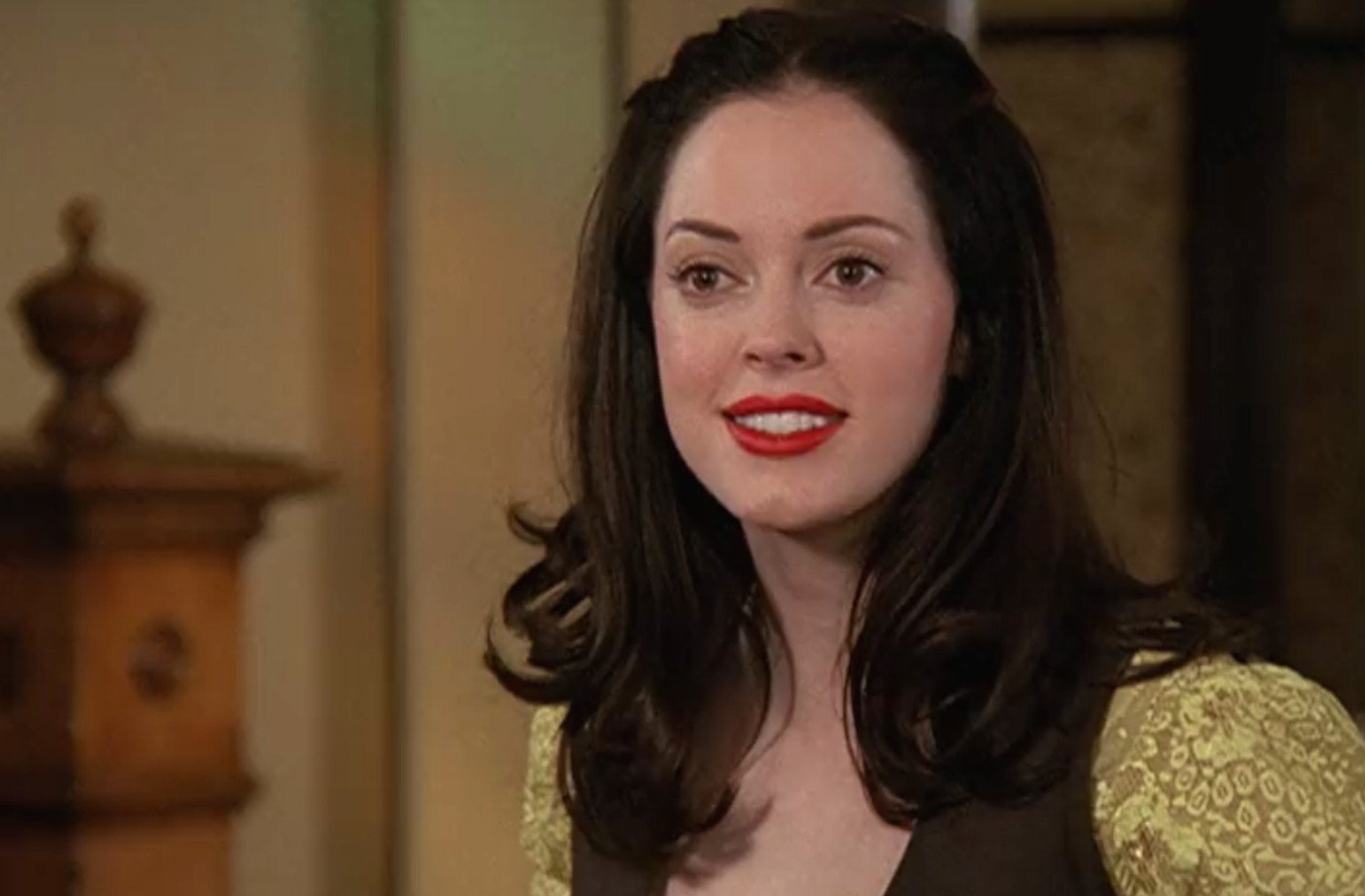 Rose McGowan was also a #MeToo activist and sexual assault survivor. She shared her own story of being sexually assaulted by Harvey Weinstein, the disgraced former producer who was found guilty of sexual assault and was sentenced to twenty-three years behind bars.

Even more heartbreaking, in an interview with E! Online, McGowan shared that the real reason she agreed to do Charmed as long as she did was to get an international foothold. “When the news broke (about Weinstein), I could have a foothold and people would pay attention in every region across the globe,” she said in the interview.

Rose McGowan was in Charmed from Season 4 through the series finale at the end of Season 8. Although some fans lost interest and claimed the show “jumped the shark” after Prue (Shannon Doherty’s character) left, enough fans held on to give the series another five seasons. 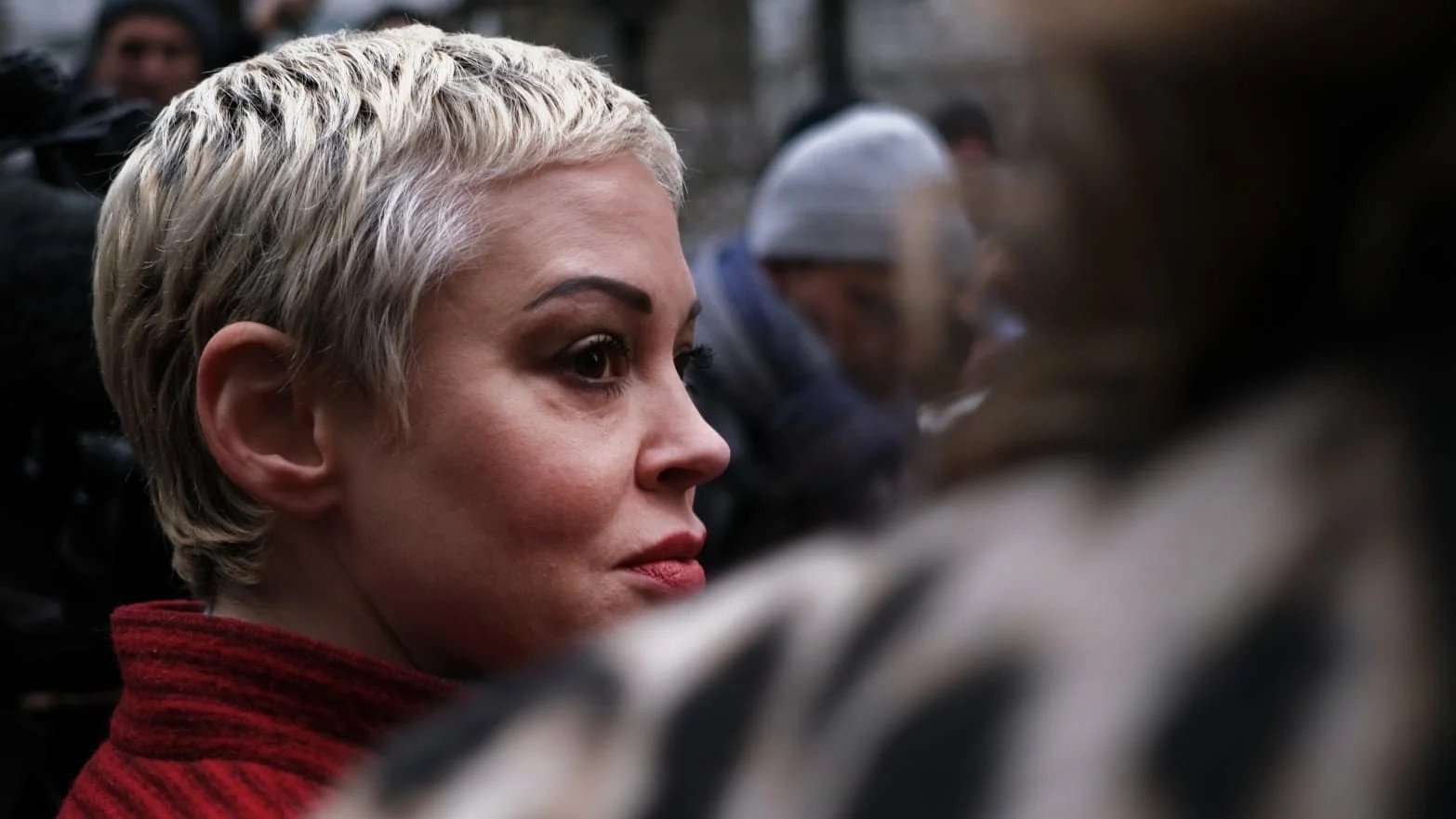 The latest Twitter feud came when Alyssa Milano tweeted her support of the DNC last week. Milano supports the U.S. Democratic Party’s platform on abortion access, equal pay, and women’s issues, and tweeted “a thread of all the things the Democratic Party has done to make the world a better place.”

Milano began with the passage of the Nineteenth Amendment, enshrining Women’s Suffrage into the U.S. Constitution. McGowan clapped back, pointing out that due to racial discrimination laws, the amendment only guaranteed white women the right to vote until 1965 when the Voting Rights Act was passed. 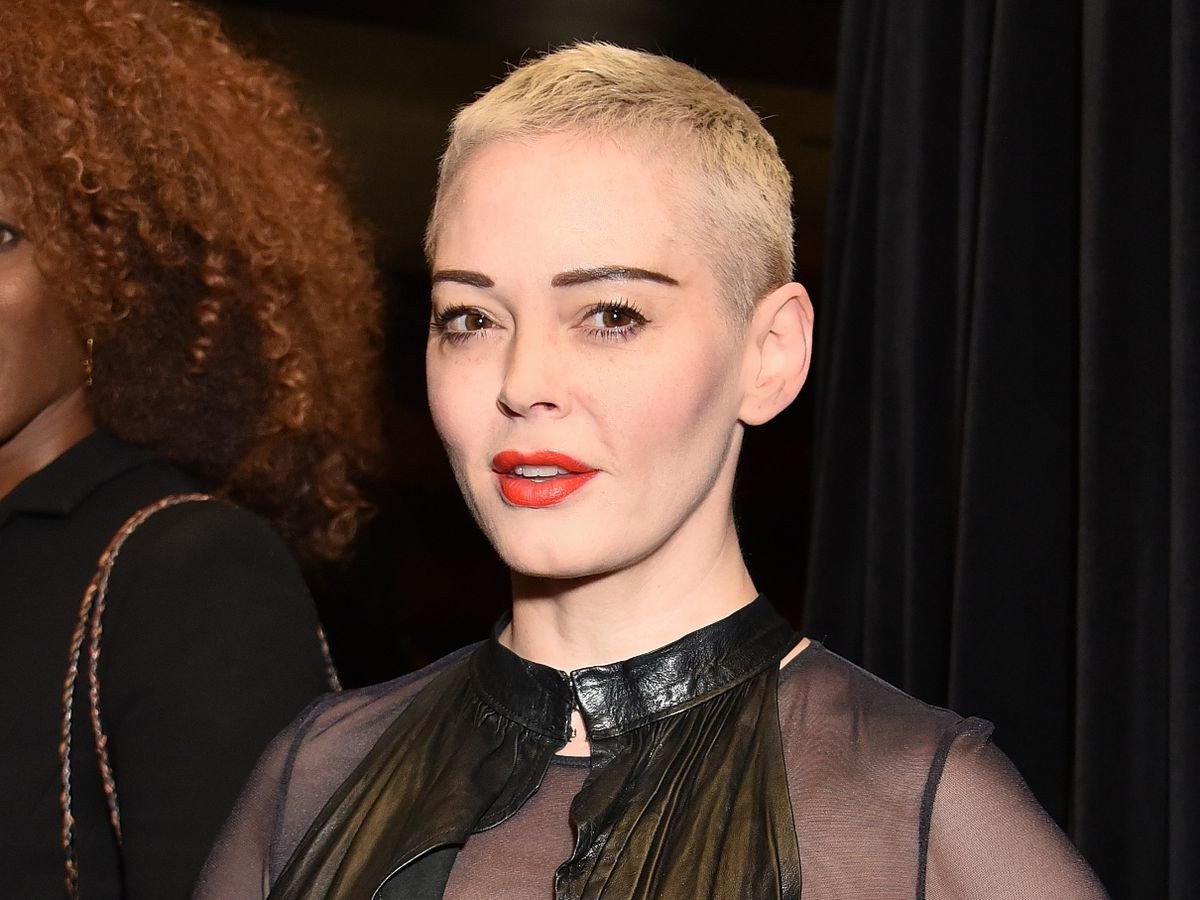 McGowan wasn’t having any of it. “You made over $250,000 per week on Charmed,” McGowan tweeted at Milano. “You threw a fit in front of the crew, yelling, ‘They don’t pay me enough to do this s–t!’ Appalling behavior on the daily. I cried every time we got renewed because you made that set toxic AF.”

She also accused McGowan of stealing #MeToo from its originator Tarana Burke and for “riding her coattails” with her sexual assault activism.

This tweet wasn’t the first time McGowan was critical of her co-star. In an interview with Nightline, McGowan confessed that she disliked Milano and thought her activism was a publicity stunt to bolster Milano’s husband’s agency, the CAA. 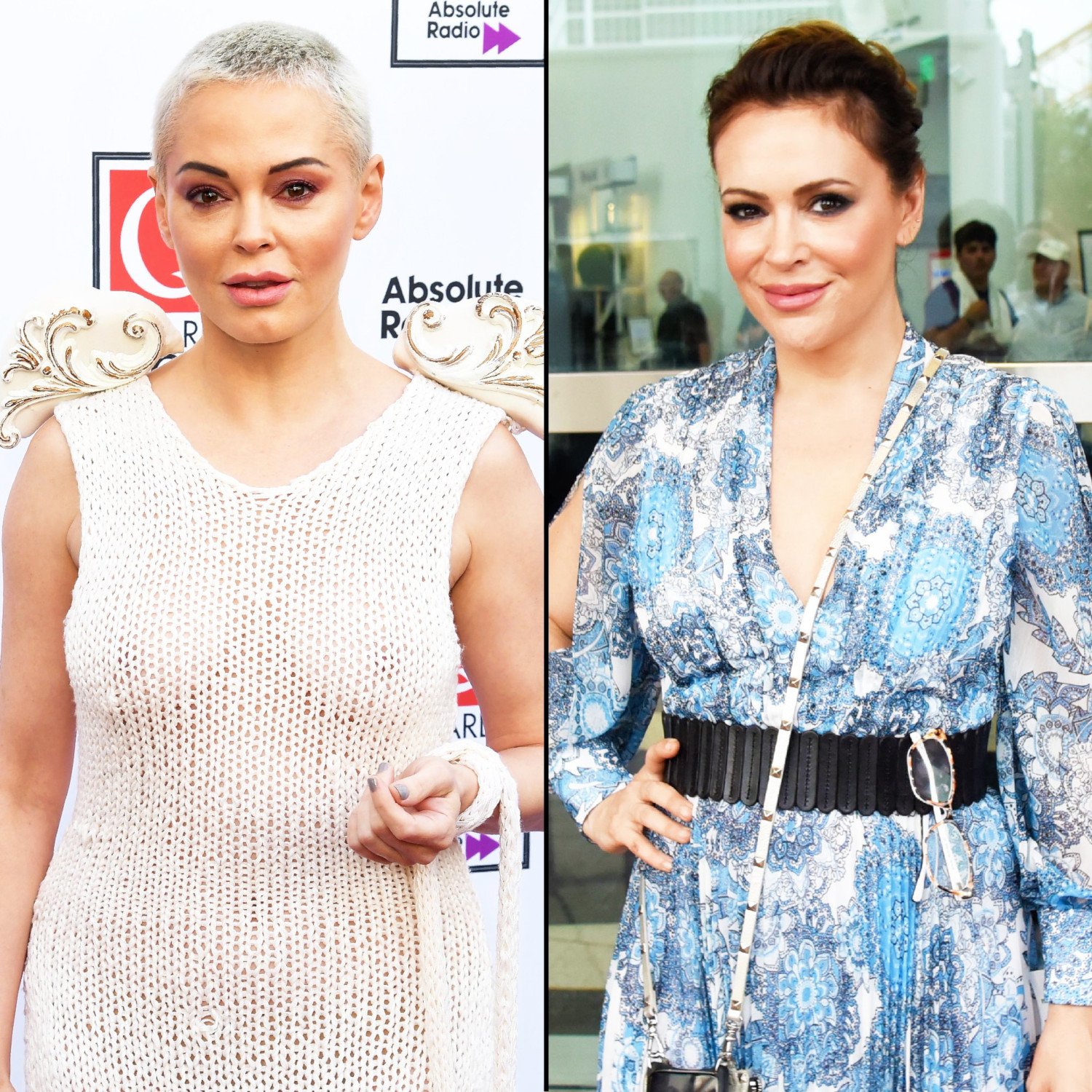 Charmed fans can appreciate that Holly Marie Combs, who played the peacekeeping middle sister Piper, stayed in the middle between Milano and McGowan in a tweet of her own. She tweeted “we are all different and stand up for our beliefs.”

Meanwhile, several writers & producers from Charmed came to Milano’s defense on Twitter. Since their feud apparently stretched back to at least 2018, there was no love lost. Milano blocked McGowan, releasing a statement from her rep declining further comment. “Hurt people hurt people,” the statement said.