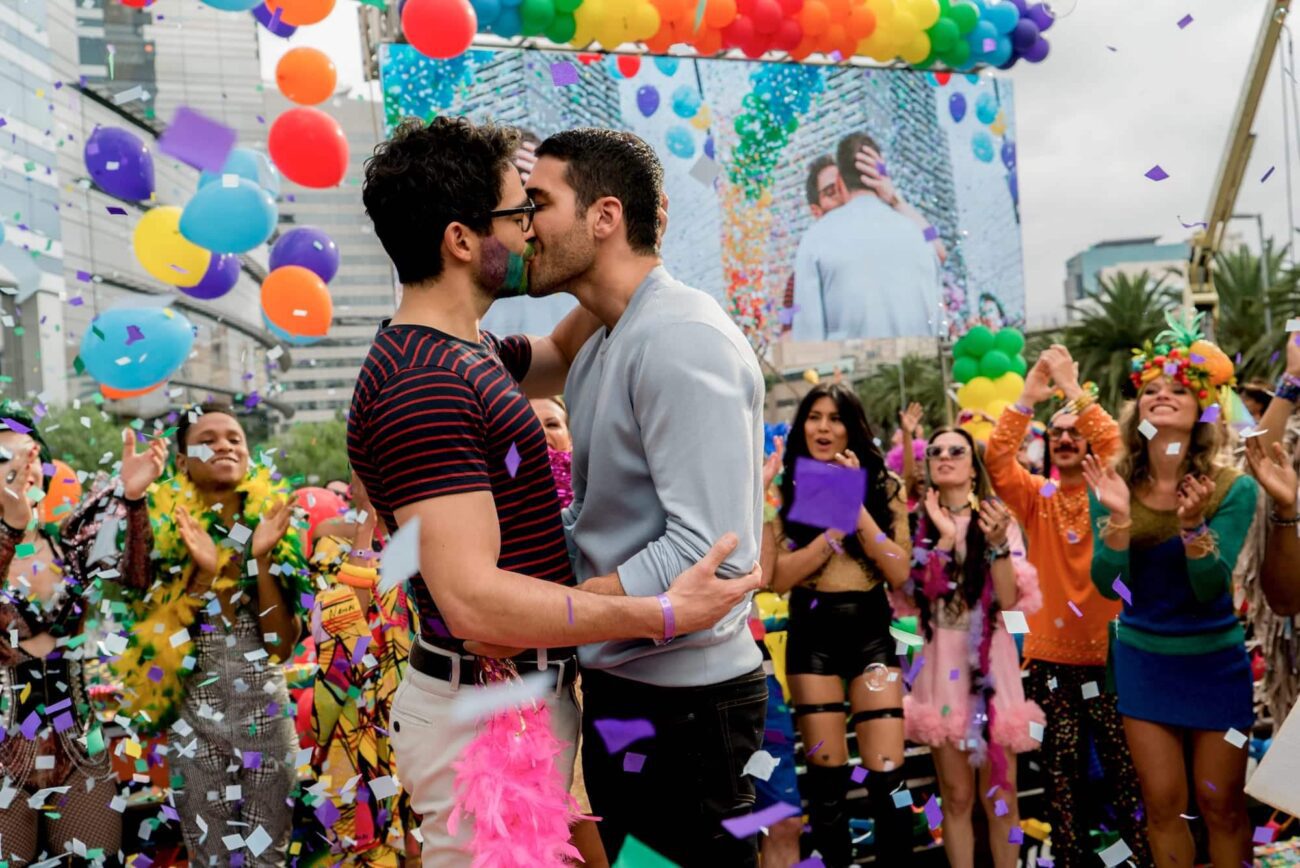 June is just around the corner and that could only mean one thing: Pride month! We celebrate diversity all year, yet, for every movement, it’s important to have a date to hold on to and commemorate. Hopefully, this will be the year where celebrations & marches reactivate as before the pandemic. Remember that taking the streets loudly and collectively is a powerful way to create community and make ourselves visible.

Yet, there are several ways to celebrate, existing without shame of being who we really are is one of them and definitely the biggest revenge against the norm. Yet, many things need to happen in order for us to live with pride. Unfortunately, our generations still grew without queer representations, and the weight of the norm in which we were raised has a big weight still.

Being queer goes way further than wearing rainbow socks and using glitter makeup, it means you’ll have to make a space for yourself in the world. Not only do we have the extra task of self-representing ourselves, but to show the world there’s nothing wrong with our identities & practices. This is why having representations of different sexual experiences is a must, and Netflix has done this job very well. 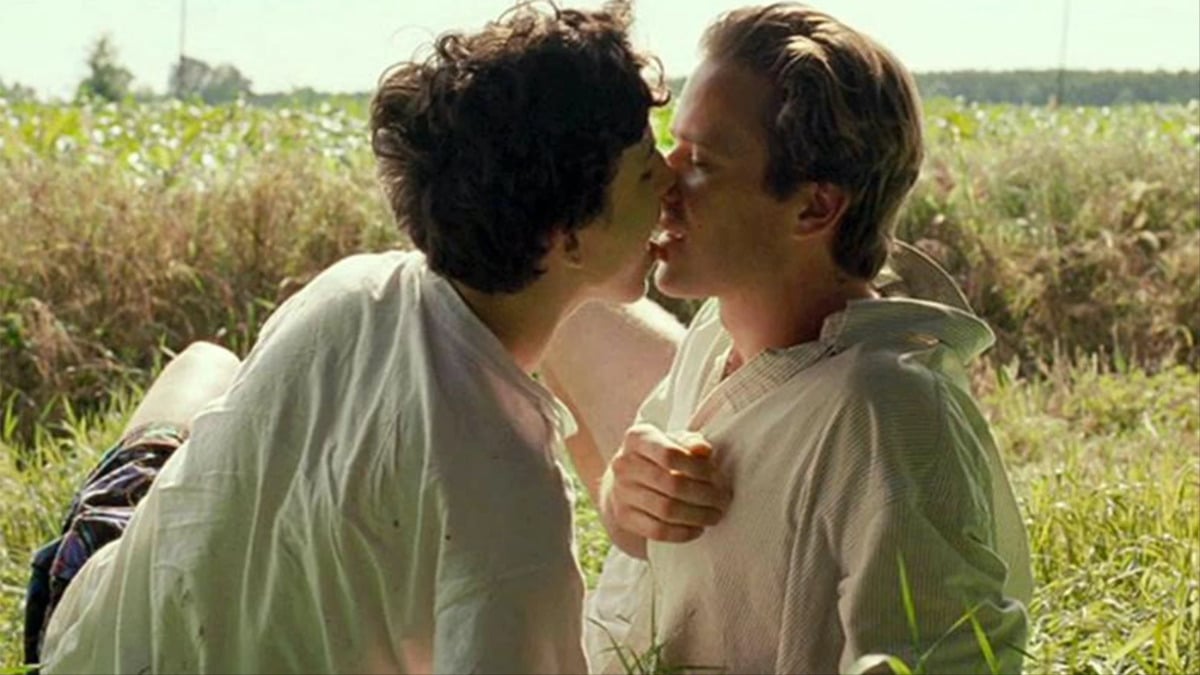 Fortunately, LGBT+ experiences are quickly becoming more visible, still, we have to stay critical of the content we consume. To be completely honest, queerness has become a trend and several companies have taken lucrative benefits from this. Yet at the end of the day, that’s occupying space too.

Having an entire section of queer movies & series on Netflix is something remarkable, that definitely stays in the top reasons why we love this platform. That’s why we selected 10 queer steamy scenes for you to enjoy this Pride month, and the whole year. 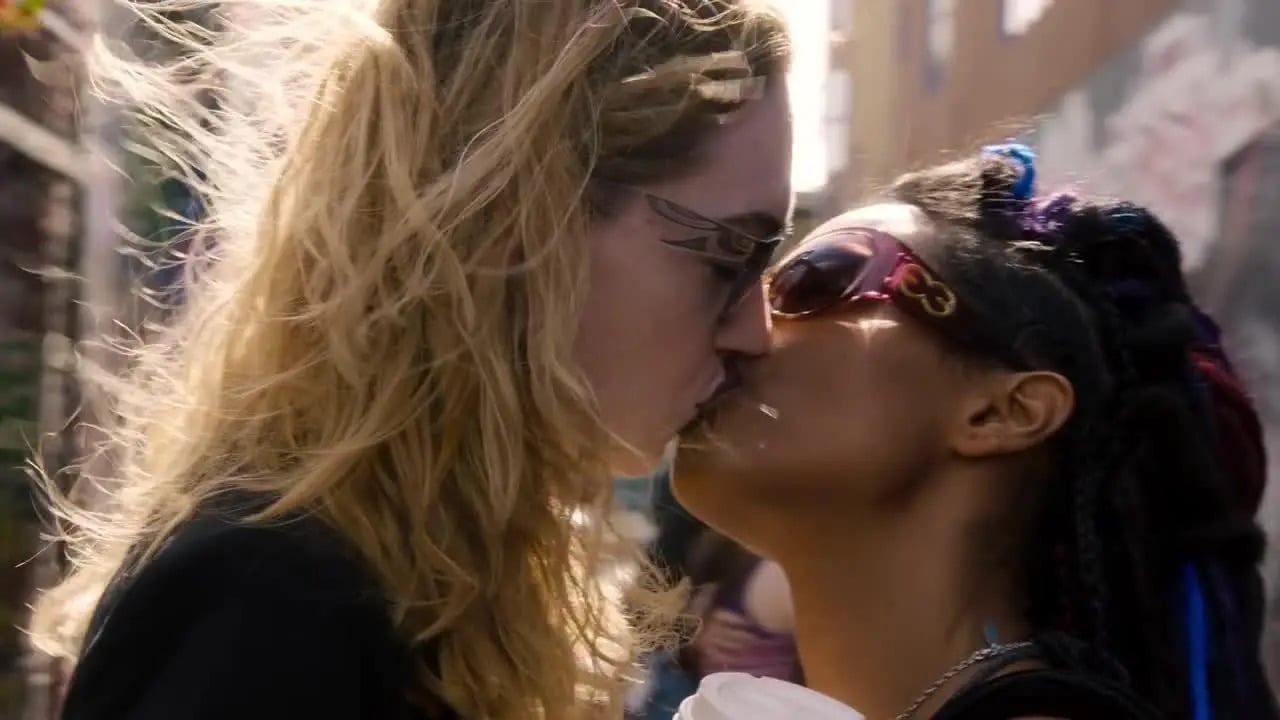 We’ll never get tired of this beautiful scene, so yes, you’re going to find it in several articles. Sadly this series was canceled, it looks like it was too queer and explicit for many, however, it’s a great series. Its creators are the Wachowski sisters and that’s already transgressive.

In this chapter one scene, Nomi & Amanita a trans-lesbic couple has sex with a strap on, it all ends with the thing falling to the floor dripping wet. All the political forces involved make this sequence magical. The characters, Nomi (Jamie Clayton) who’s a trans woman in real-life, and Amanita (Freema Agyeman) conform to a great couple. 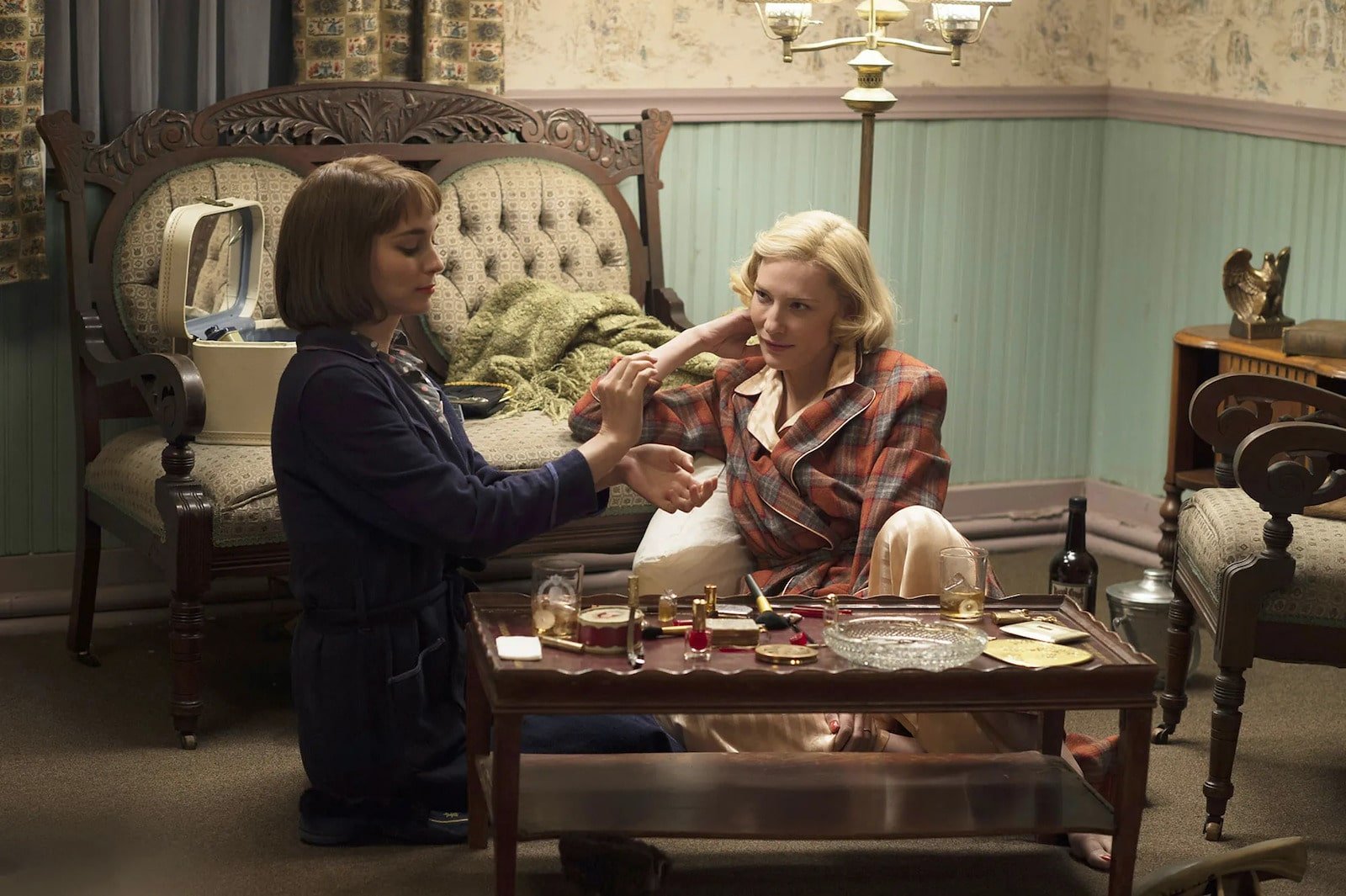 It’s simply impossible not to feel attraction for Cate Blanchett (Carol), now imagine her with Rooney Mara in a beautifully directed sex scene by Todd Haynes. If these two cast members weren’t enough, just remember Sarah Paulson plays Carol’s “best friend”. Yes, our top favorite lesbian figures are together in the same movie, and the best part is you can watch this on Netflix. 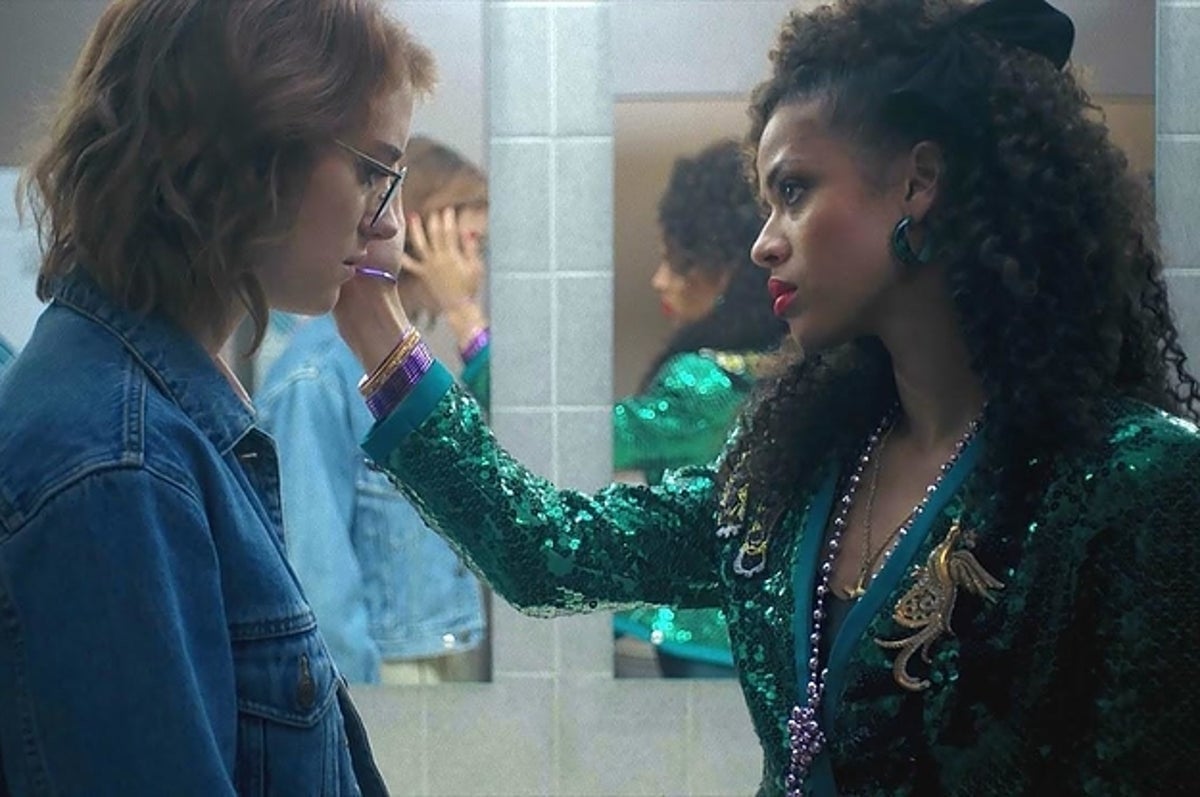 Yes, lesbians are getting their turn first. Black Mirror is probably one of the most traumatic, yet honest series by portraying several stories from an Orwellian not-far-from-reality perspective. Nevertheless, this particular chapter is one of the fans’ favorites, you can find it in season three. This transhumanistic time-traveling lesbian story proposes a queer narrative. 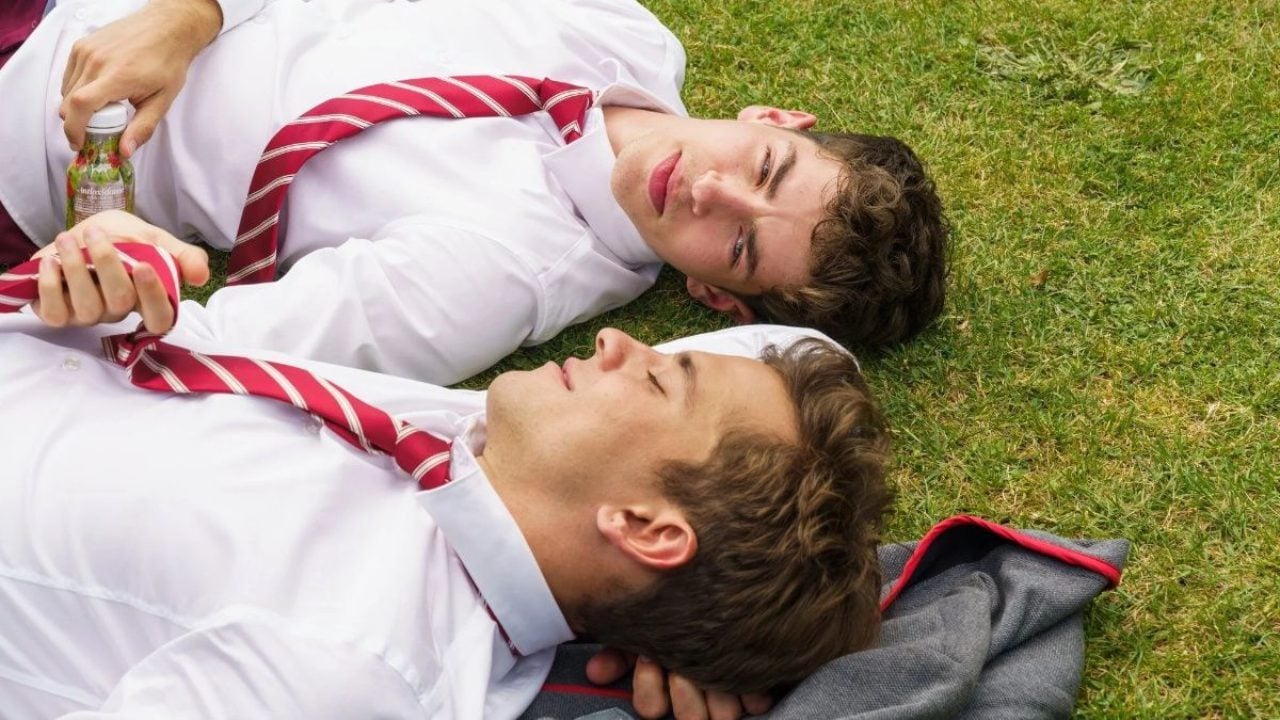 Basically Elite is a series about rich teenagers, yet all seasons have shown sexual diversity in cast & characters. Also, several sex scenes involve threesomes, lesbian & gay sex, as well as sex work. Yet in this last season, there’s a gay-rimming scene between Ivan (André Lamoglia) & Patrick (Manu Rios) which is quite transgressive due to all the stigma around this practice. 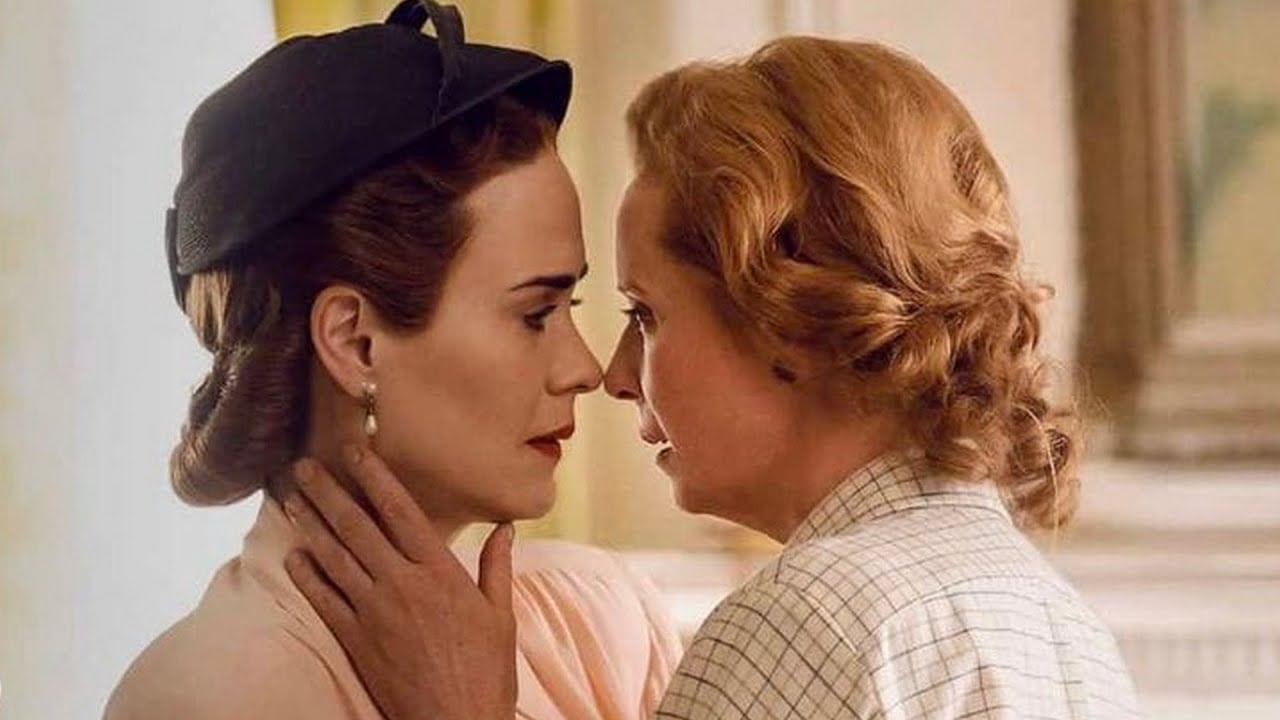 Like all Ryan Murphy’s creations Ratched holds a very important story for the LGBT+ community. This series tackles all the horrible torture punishments the community has been through historically and reminds us why pride is important. This makes even more iconic the french kiss between Mildred (Sarah Paulson) & Gwendolyn (Cynthia Nixon). 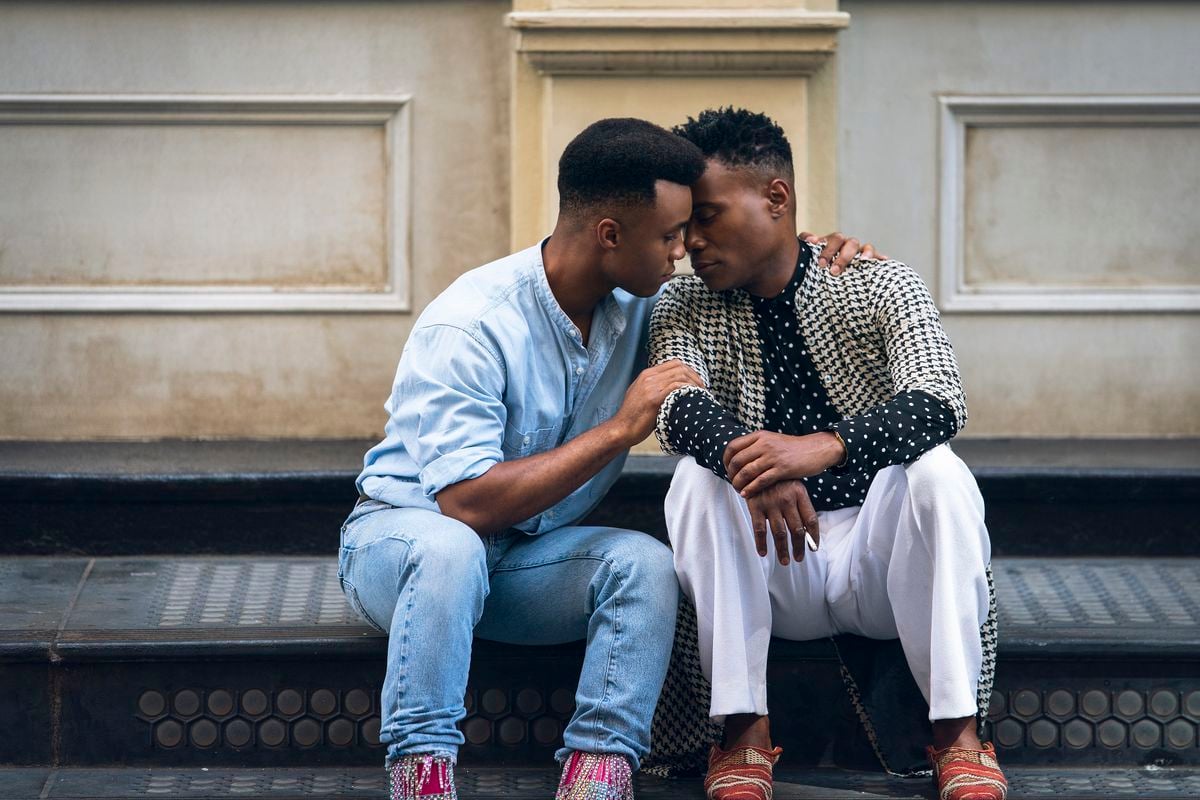 Another of Murphy’s jewels is definitely Pose, the Netflix series that portrays the history of the ballroom scene. In season three, chapter “Revelations” Pray Tell & Ricky show how being HIV positive isn’t a stopper at all to enjoying sexuality through a passionate sex scene. 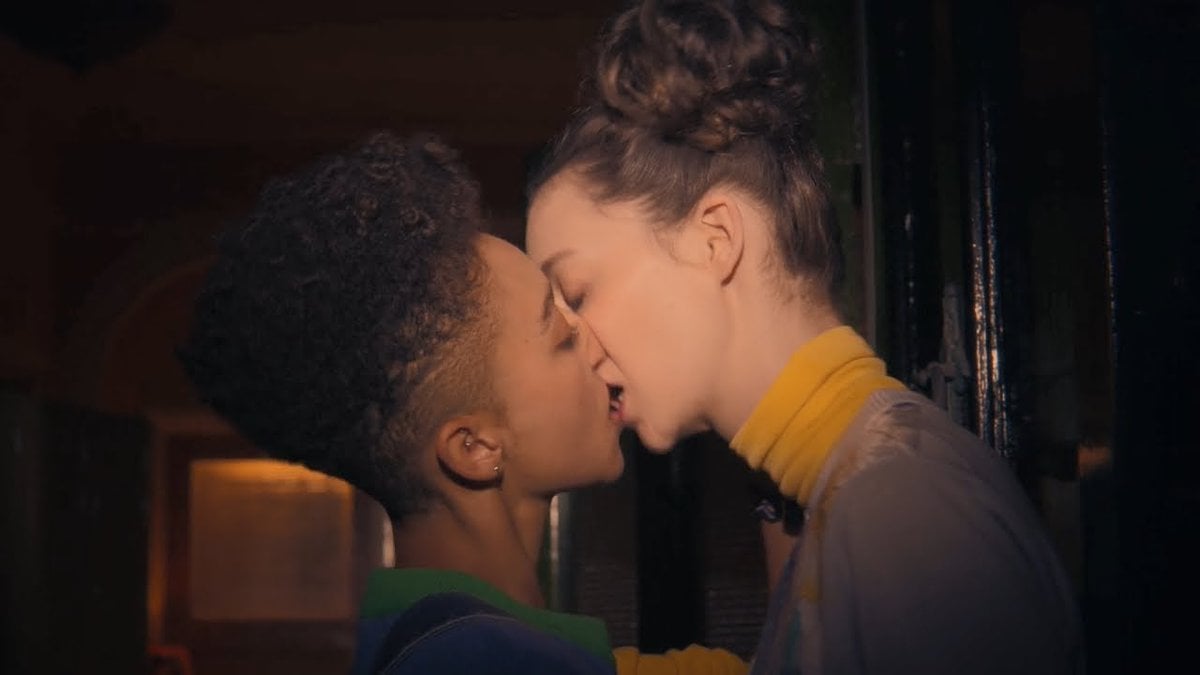 Sex Education was inspired aesthetically by movies like Breakfast Club and 10 Things I Hate About You yet this series is anything but vanilla (set in a teenage context). This British series came to question several precepts about sex, not only its unbearable relation with morals. Sex Education talks about sexual diversity further by being gay, it questions vaginismus, asexuality, and kinks.

This series will remain in the top 10 of this era due to all the topics it represents. In episode seven of season three, Lily (Tanya Reynolds) & Ola (Patricia Allison) have a beautifully animated galactic sex scene. Lily’s character has a strong kink with aliens and is constantly misunderstood because of that. 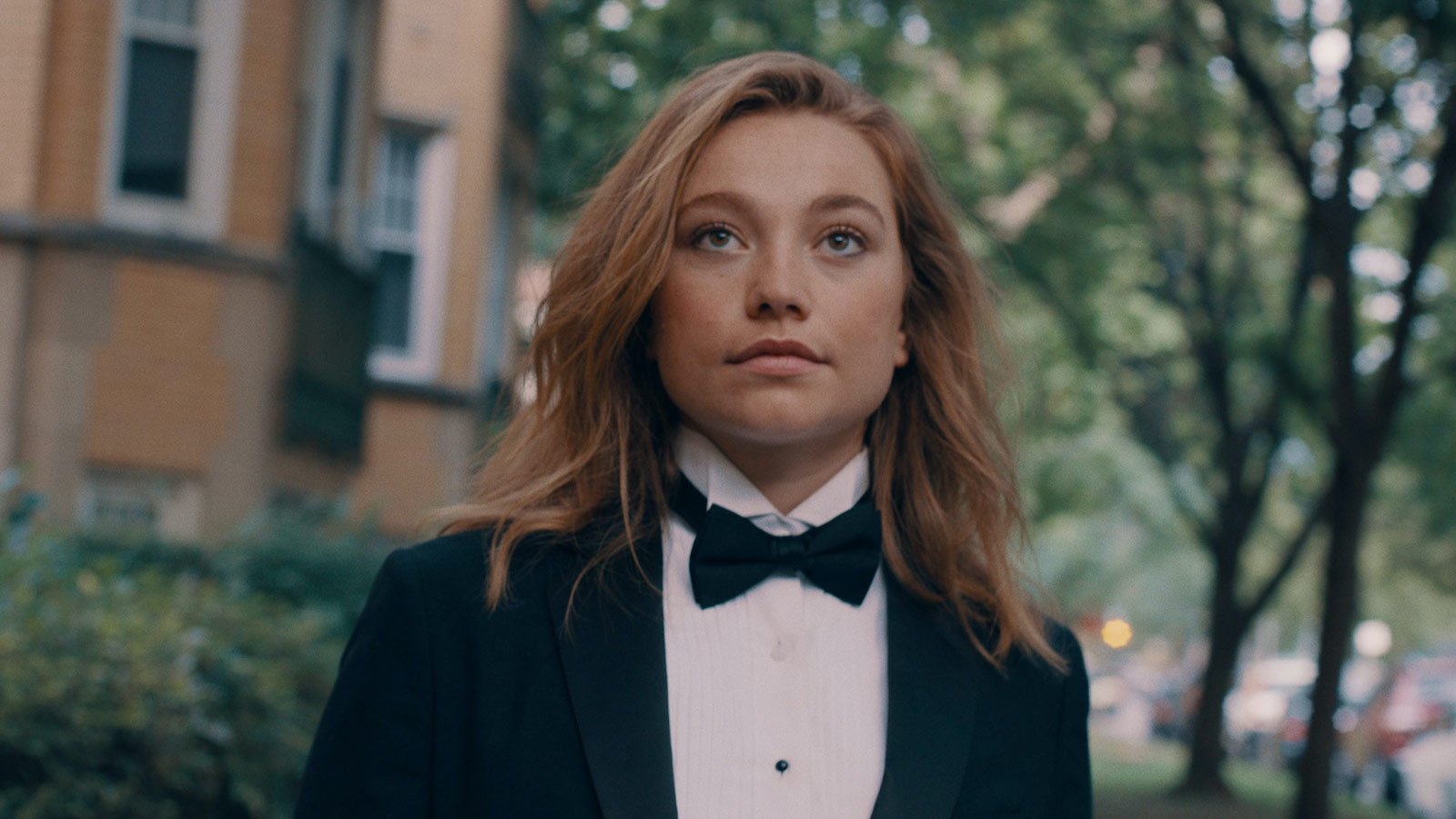 This Stephen Cone movie is described as a “queer hidden gem” it might not be the most known movie but is definitely worth watching. All sex scenes are quite romantic and intuitive too. Blurring gender is fun, yet is hard to relate to others when you’re no longer following a gender script, and this movie shows this with tenderness. 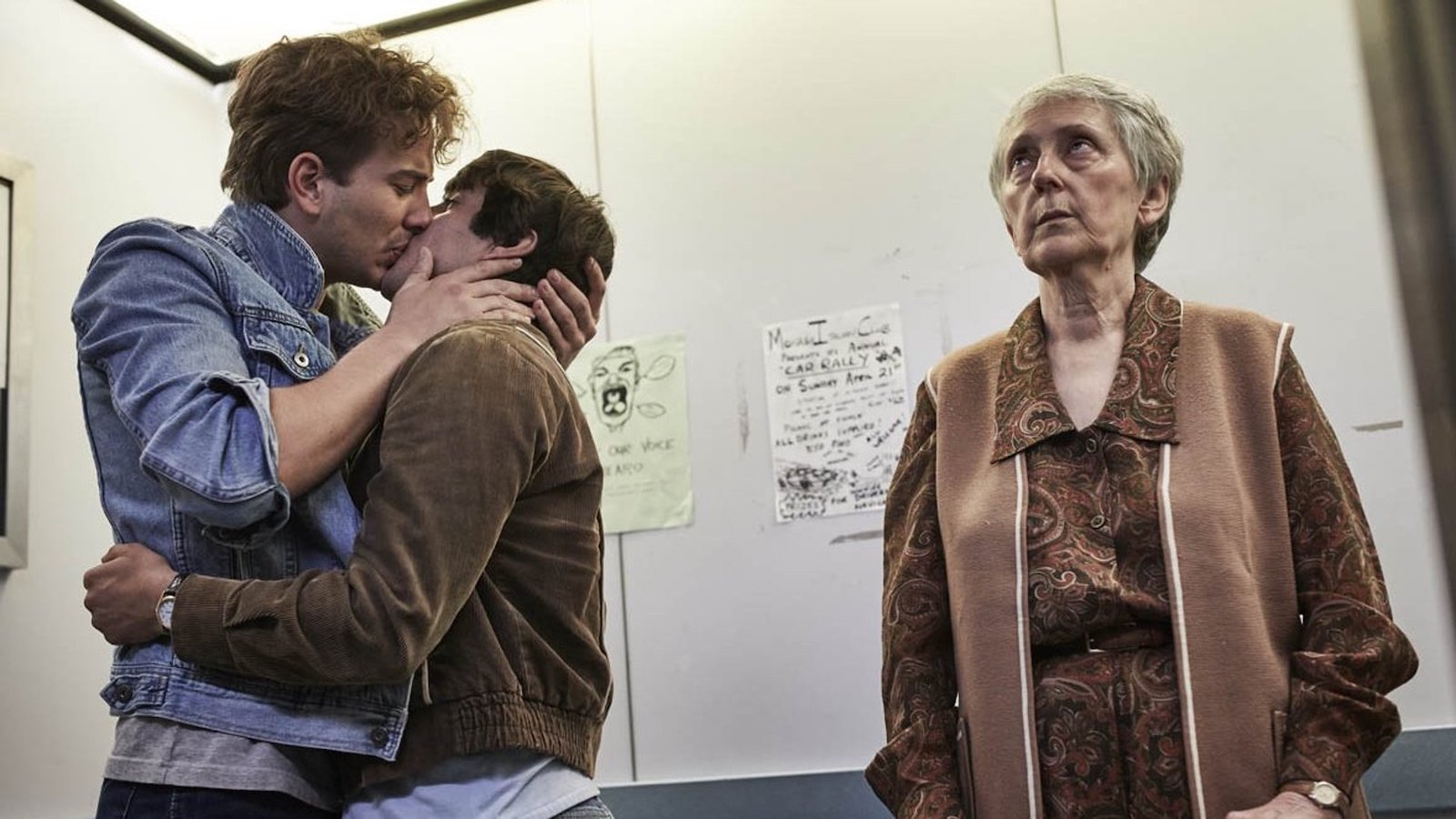 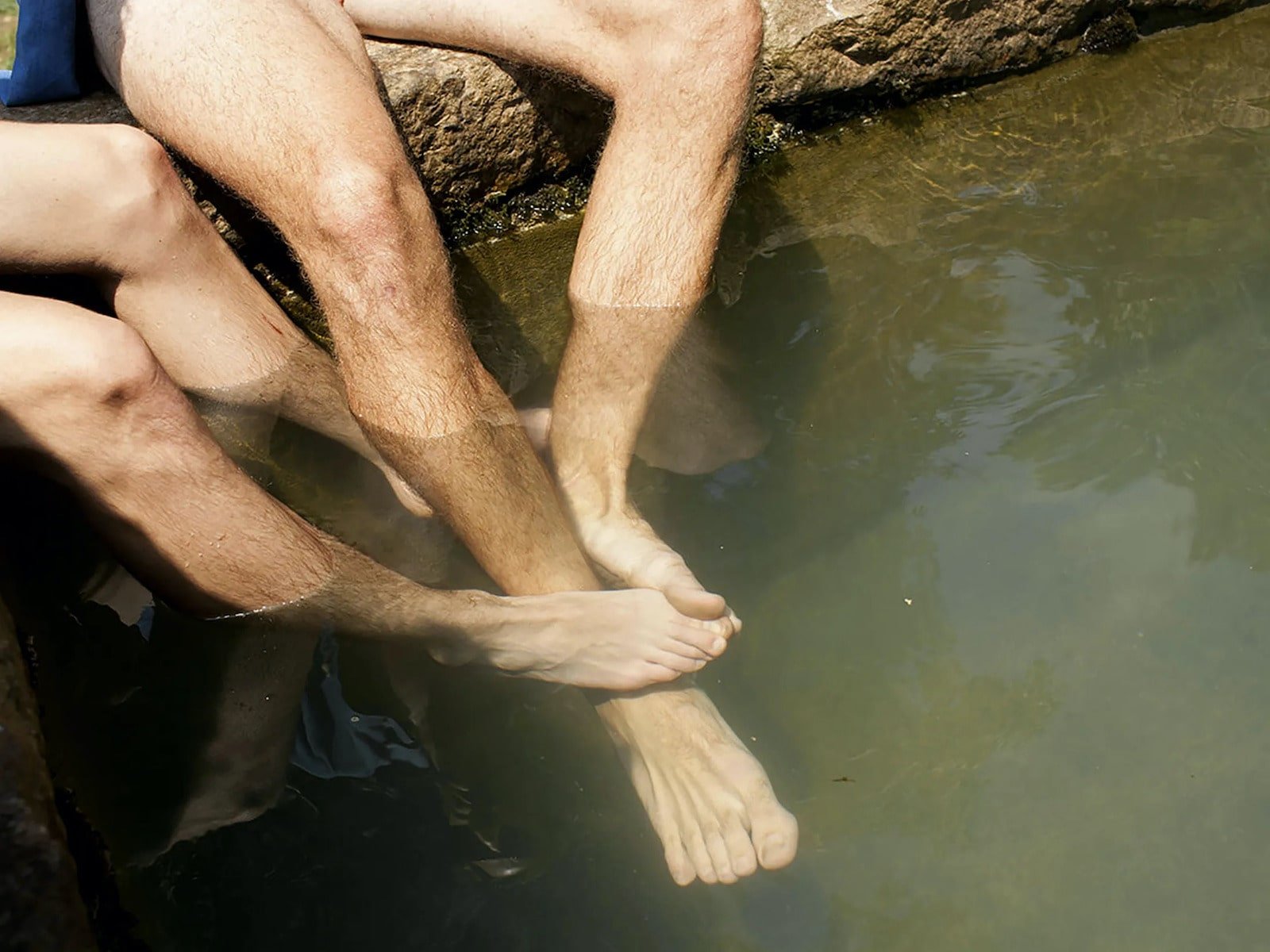 Last but not least, the film we’ve all watched a thousand times and will never get tired of. Leaving away the age gap between the characters, this Guadagnino film beautifully portrays a fluid and kinky sexuality through the sex scenes. Besides, how can we forget that Timontee Chalamet masturbated with a peach?