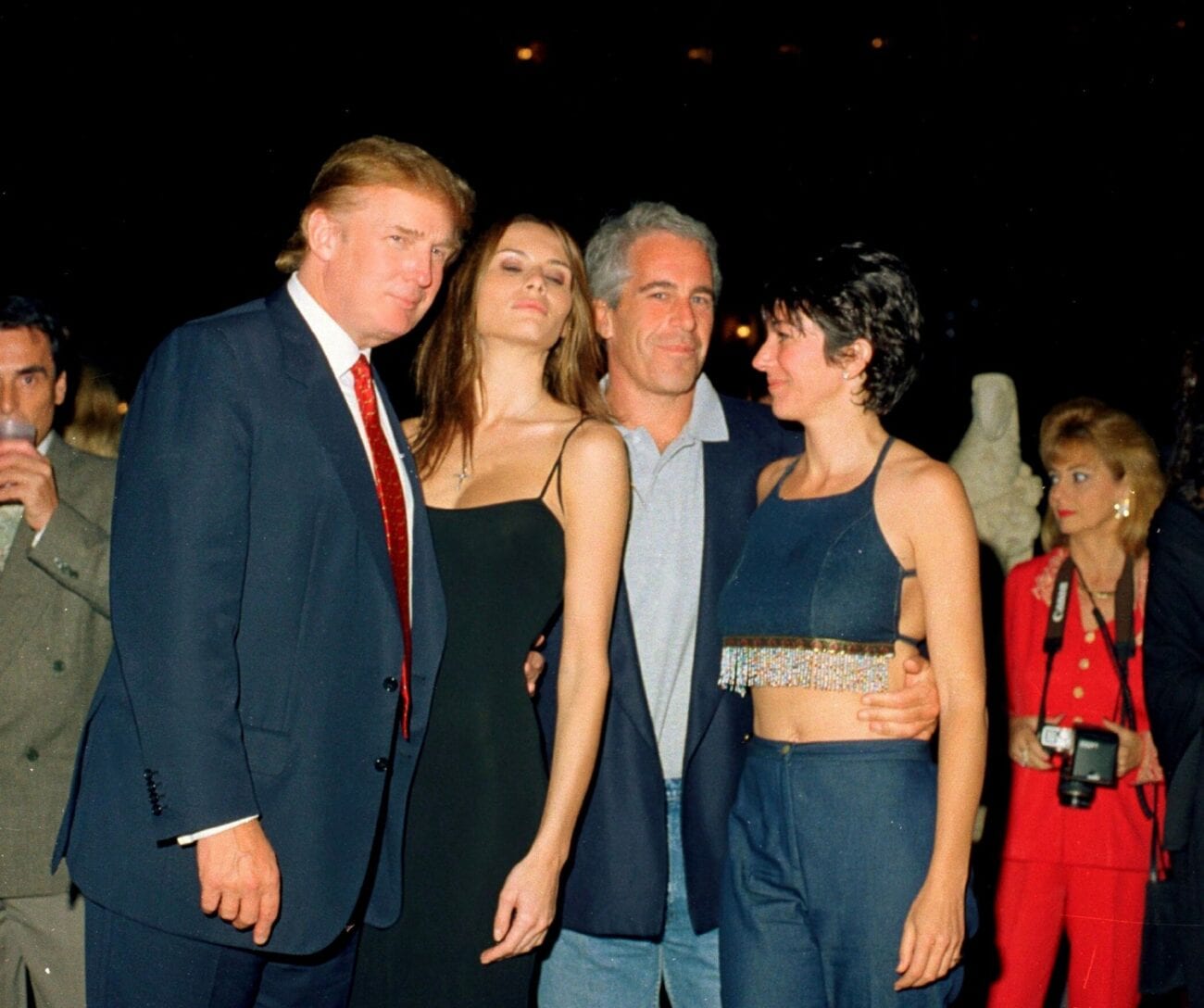 Who were Ghislaine Maxwell and Jeffrey Epstein’s celebrity friends?

Jeffrey Epstein’s gal pal, Ghislaine Maxwell, was officially moved from her comfy New Hampshire jail cell to the Metropolitan Detention Center in Brooklyn on Monday. Meanwhile, prosecutors are seeking to have Maxwell make a court appearance by Friday. There’s speculation as to how much Maxwell will divulge in the coming court case, but it’s no secret that many of her friends are celebrities. 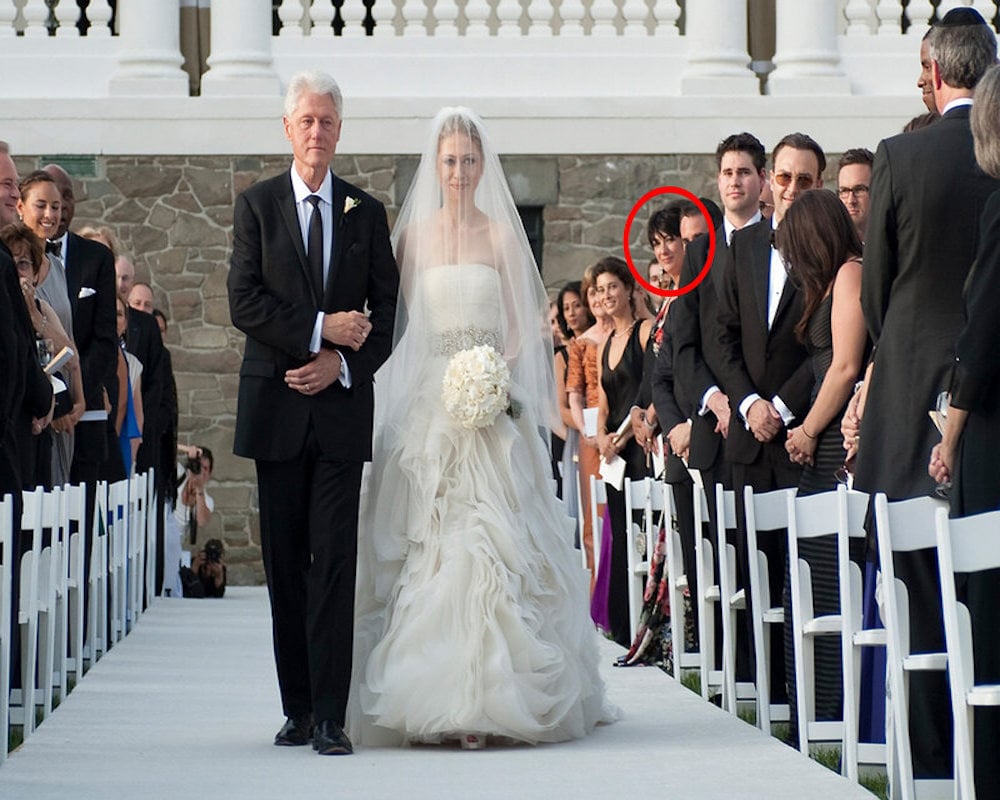 As images of Jeffrey Epstein and Ghislaine Maxwell’s luxurious lifestyle continue to surface, a slew of celebrities have shown up in pictures with Maxwell. Everyone from Donald Trump to Barbra Walters have shown up next to Maxwell. While some people, like Elon Musk, claim that photos of the two don’t prove they know each other, others seem to be more than just coincidental party goers. 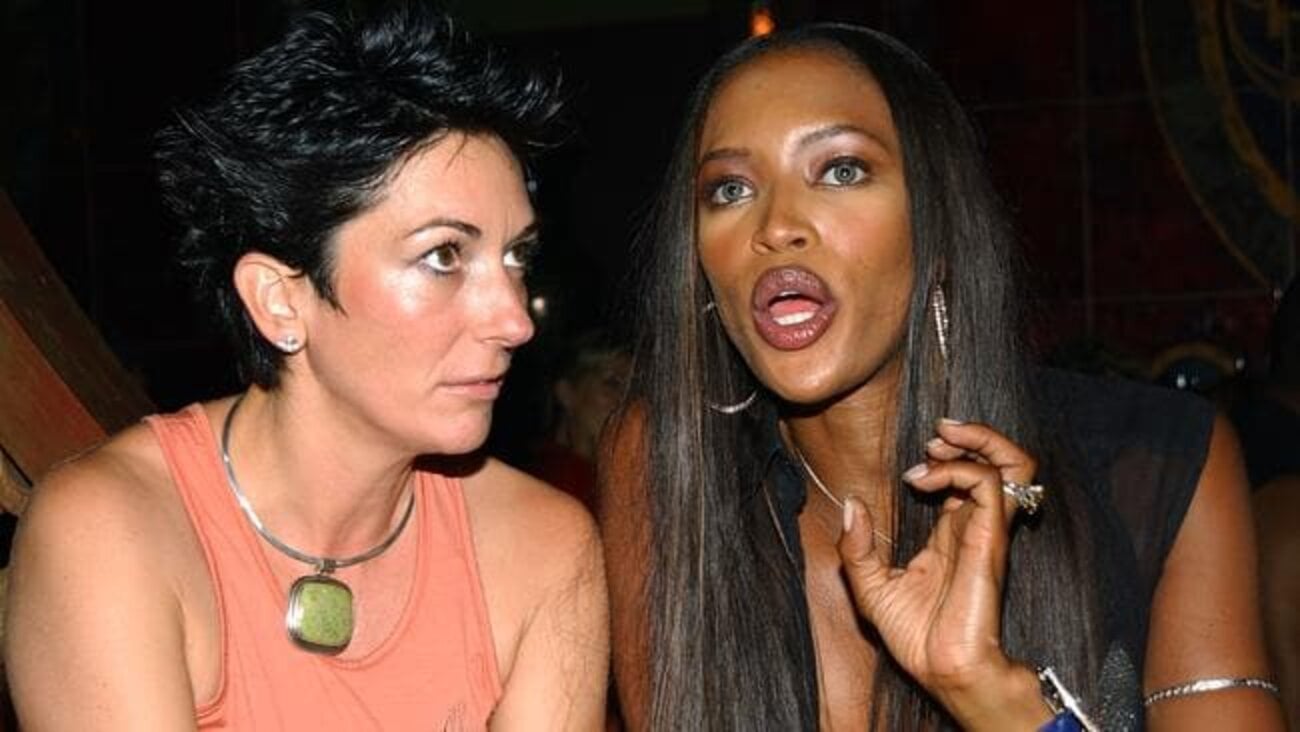 Multiple photos show Ghislaine Maxwell chatting with Naomi Campbell, who has denied any knowledge of what Maxwell and Epstein were engaged in. However, one of Epstein and Maxwell’s victims, Virginia Roberts Giuffree, claims that Naomi Campbell’s ignorance is bogus. Giuffree claims that she saw Campbell with both Epstein and Maxwell on multiple occasions and that she was Maxwell’s BFF. 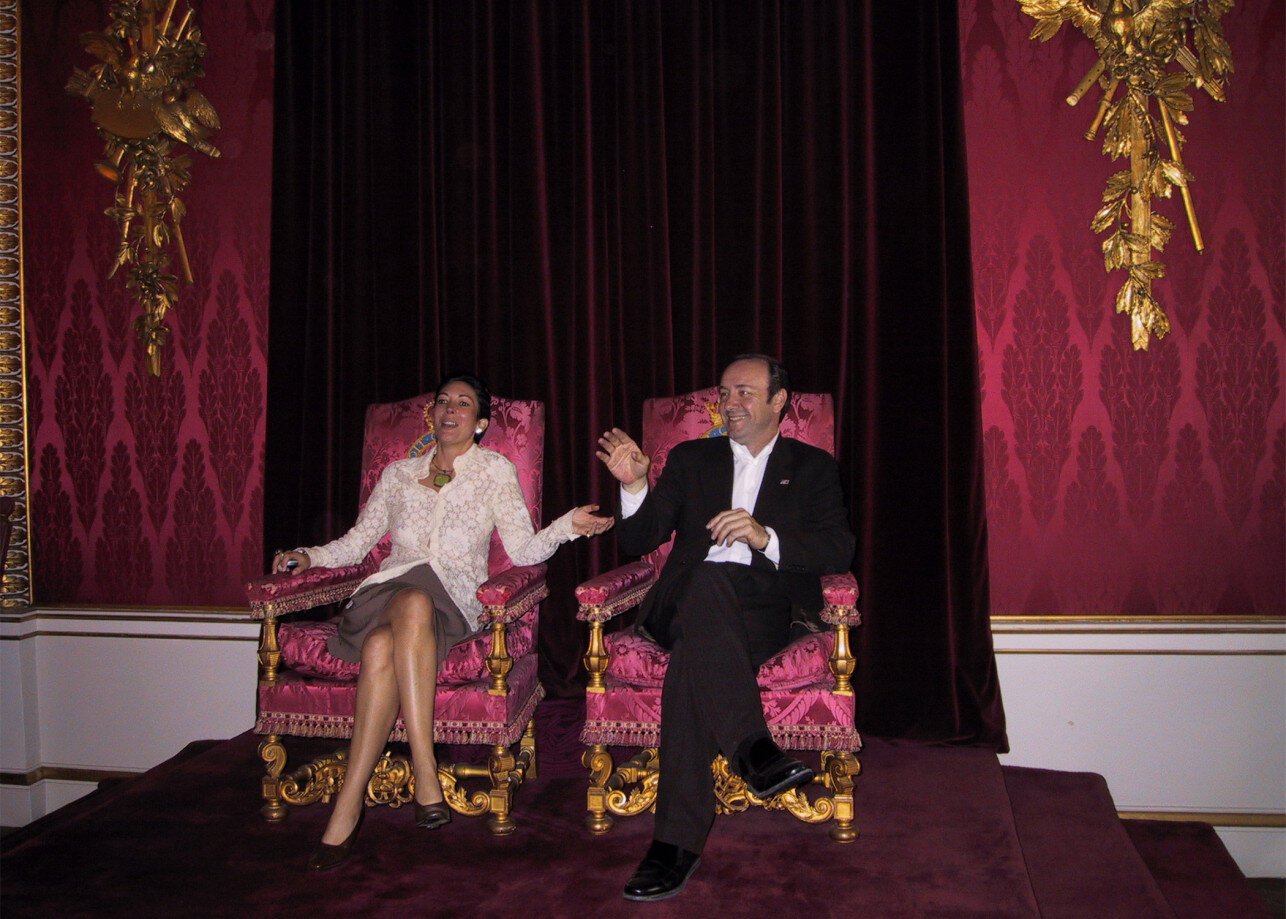 Kevin Spacey is another celebrity with more than superficial ties to Ghislaine Maxwell. An image from 2002 shows Spacey sitting in Prince Phillip’s throne and Maxwell sitting next to him in the Queen’s throne at Buckingham Palace. Presumably, this wasn’t part of an ultra-deluxe package for tourists, and the two were brought there on the behest of one of the royals.

It’s also alleged that Bill Clinton had a relationship with Jeffrey Epstein and Ghislaine Maxwell. Though Clinton’s friendship with the two is officially denied, there is evidence that Clinton spent time on Epstein’s island and later took a trip to Africa with Epstein and Spacy. Maxwell was also at Chelsea Clinton’s wedding, where a photo shows her watching the bride to be walked down the aisle. 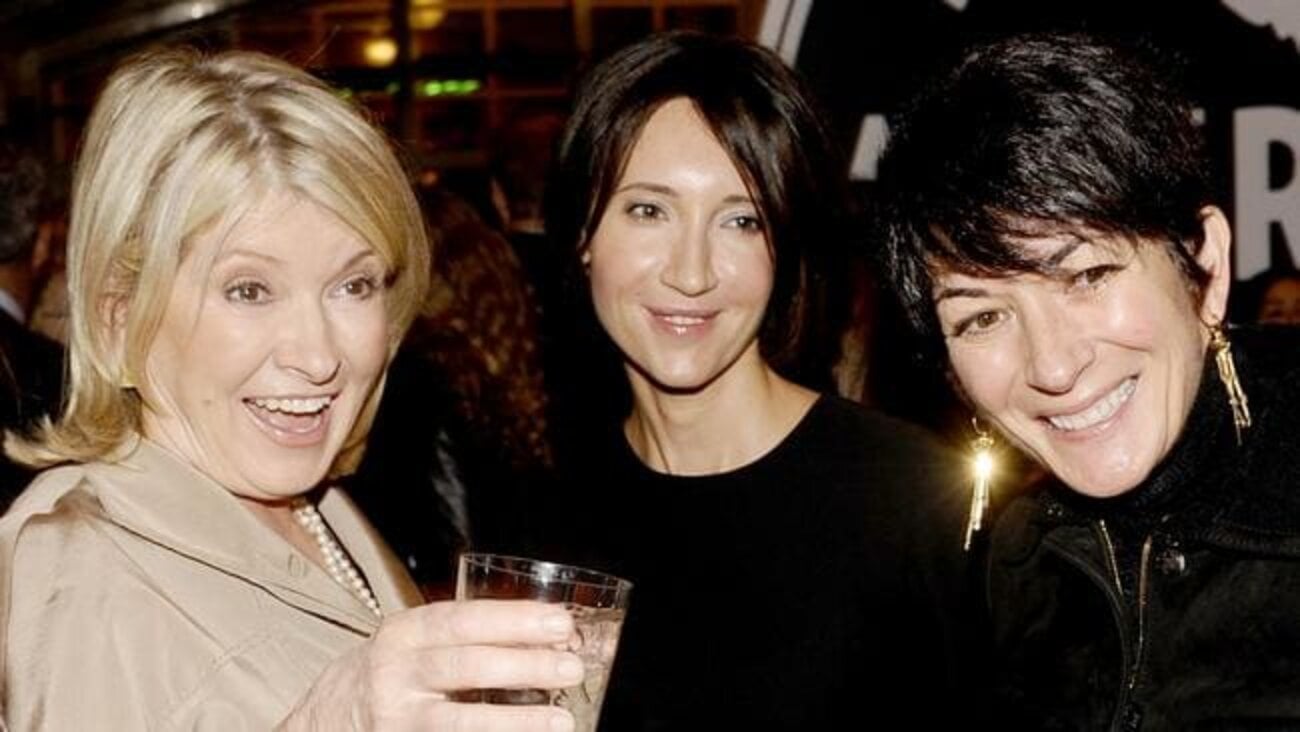 Who else was chummy with Ghislaine Maxwell?

Although everyone is trying to distance themselves from Jeffrey Epstein and Ghislaine Maxwell, the photos remain. Musicians Mick Jagger and Roger Waters have also been seen in conversation with Ghislaine Maxwell at various parties, but the list doesn’t end. John Corbett, George Hamilton, Martha Stewart, and Piers Morgan have all been seen being friendly with Maxwell at public events and parties.

As more pictures continue to surface that show the deep connection that Ghislaine Maxwell and Jeffrey Epstein had with celebrities, it’s no surprise that the world of elites is holding their breath. 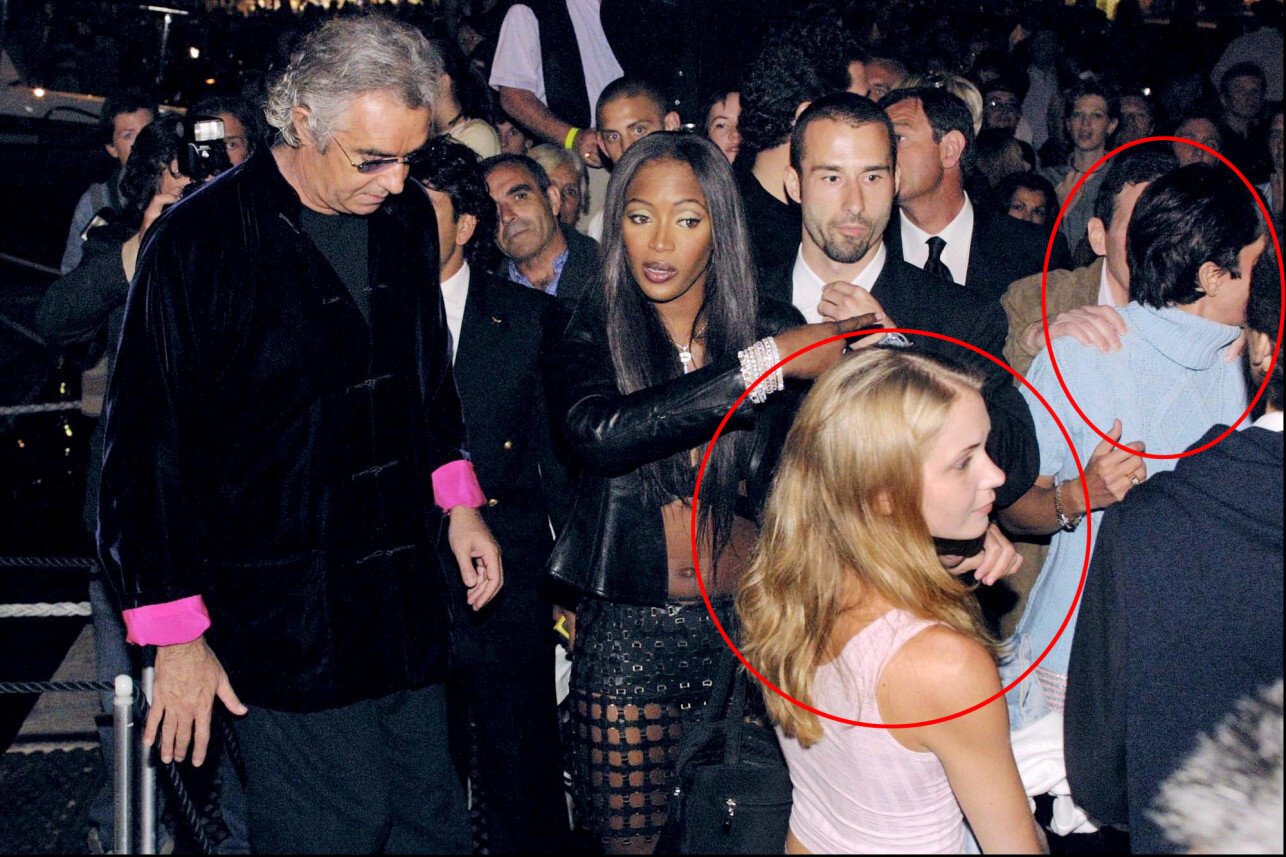 Why would Jeffrey Epstein and Ghislaine Maxwell love scientists so much?

Everyone from celebrities, to politicians, to an increasing number of scientists have been shown to be in contact with Jeffrey Epstein and Ghislaine. It’s mostly surprising to see high ranking scientists on this list, since they hold a higher authority in our increasingly “empirical” world. These people only deal with “fact” and therefore can convince us more than others.

Steven Pinker is a renowned cognitive psychologist, scientist, and linguist whose testimony was used to provide legitimacy to Epstein’s affidavit in 2007. Another renowned scientist, Lawrence Krauss, has also tried to provide “empirical” testimony that Epstein was not a pedophile, since he only ever saw him with women aged 19 to 23, which was only ever based on empirical evidence. 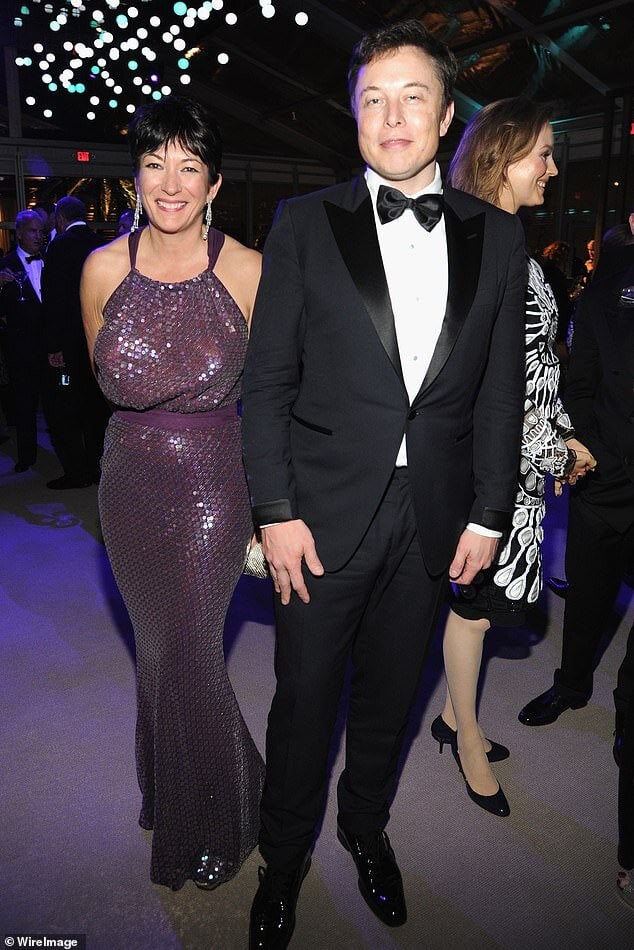 Ghislaine Maxwell’s photo with Elon Musk shows that she was also trying to garner support from scientists, potentially to wield their authority. The move from celebrities to scientists is interesting and speaks to the authority that science has in our world. Since most of us are not experts we must accept the authority of scientists on some matters, but it’s dangerous when this authority extends to other realms

If scientists with authority could be coerced into doing selfish things that might be against our interests, then how would we ever know if what they said was for our benefit or theirs? Ghislaine Maxwell and Jeffrey Epstein were hoping that we never would.