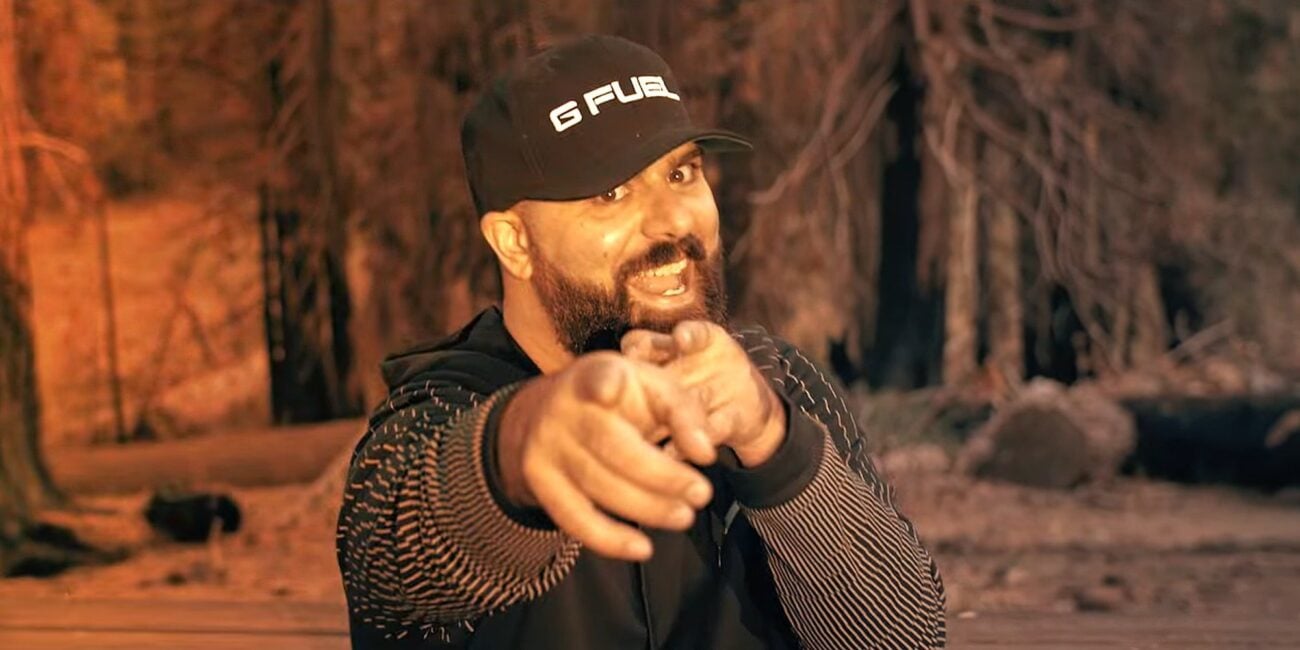 Keemstar vs. the internet: Who will win this neverending Twitter battle?

You might remember the YouTube news legend Keemstar, but what you might not know is that he is actually calling out a couple of influencers for some of their allegedly awful situations. Keemstar is reportedly ready to prove why Def Noodles is allegedly”getting stories wrong”. Well, let’s see what else the YouTuber has to say.

Keemstar is known to report on everything & anything that’s going on in pop culture or as he refers to it as “social interactions online” which is great if you’ve been living under a rock and need that extra bit of information.

The YouTuber’s channel DramaAlert gives everyone updated information about celebrities like Logan Paul, TikTok star Bryce Hall, and even Snoop Dog. With a following of approximately 5.79 million subscribers, Keemstar is definitely getting his voice heard.

“ victim blaming even if the allegations aren’t true”

WHAT? How the hell is the person a victim if the allegations aren’t true??? pic.twitter.com/fqR4kztqq3

Even though Keemstar admitted that he has doubts about the situation with fighter Jake Paul, he told his Twitter followers that he would wait until there was more evidence before he reports anything more about the story. However, Keemstar didn’t stay quiet when a Twitter user retweeted his video about waiting for more evidence. They claimed: “Victim blaming at the finest. This is so weird.”

Keemstar quickly replied to the Twitter user and stated: “WHAT? How the hell is the person a victim if the allegations aren’t true???”

Since then, Keemstar has been promoting Jake Paul’s brother Logan Paul on his Twitter & YouTube channel regarding his fight on WWE .

The so called victim uploaded a TikTok admitting it was fake. And Deff Noodles reported it on Twitter! 😂😂😂😂😂😂 pic.twitter.com/9anYzNyAUT

When it comes to investigating a story online, Keemstar seems to be the YouTuber for the job, especially when it comes to James Charles and his serious harassment claims. According to a tweet by Keemstar: “Def Noodles posted another Fake James Charles victim! The so called victim uploaded a TikTok admitting it was fake. And Deff Noodles reported it on Twitter.”

Since Keemstar was disappointed with Def Noodles, he later tweeted: “#DefamationNoodles.”

Last Night Def Noodles posted another (FALSE) James Charles victim. With 2 mins of research anyone would know it’s fake. Def Noodles left the false allegation up on Twitter for 4 hours after he knew it was fake! Today the guy admitted it! pic.twitter.com/QXXh8Lmse8

Now, it seems that after the set of allegations made from a TikTok video against James Charles for allegedly grooming another teen, Keemstar has quickly tweeted the video of the teen who posted the TikTok video and admitted that the allegation was indeed “fake”. Keemstar tweeted that “Def Noodles left the false allegation up on Twitter for 4 hours after he knew it was fake”.

Keemstar posted the video where the teen actually admitted what happened. The teen stated how apologetic he was towards the “James Charles situation” as it was “fake”. He claimed: “It was my stupid . . . stupid and irresponsible idea to even do that. To try to ruin someone elses career and try to gain clout in a way. But honestly I’m so sorry from the bottom of my heart.”

Just got off the phone with Bryce Hall he says all the early reports are wrong! He clearly beat Stromedy , says Stromedy only got 1 good Jab on him. And Stromedy ran out of gas refused to fight round 2 #DramaAlert ! pic.twitter.com/JDKZ4lBiQ4

On the other hand, Keemstar commented on April 9th about the fight between TikToker Bryce Hall and YouTuber Stromedy, before Bryce Hall takes on Austin McBroom, however Bryce Hall’s comments have been quite interesting, and source claimed that  “Even Bryce Hall’s coach was calling it a draw cus he knew Bryce lost.” Ouch. However, Keemstar tweeted: “Just got off the phone with Bryce Hall he says all the early reports are wrong! He clearly beat Stromedy . . .”

Keemstar continued: “(Hall) says Stromedy only got 1 good Jab on him. And Stromedy ran out of gas refused to fight round 2 #DramaAlert!”

Do you think Keemstar is going to win the online battle against Def Noodles? Did Bryce Hall actually lose the fight? Check out what else Keemstar has to say on his channel and let us know in the comments below.