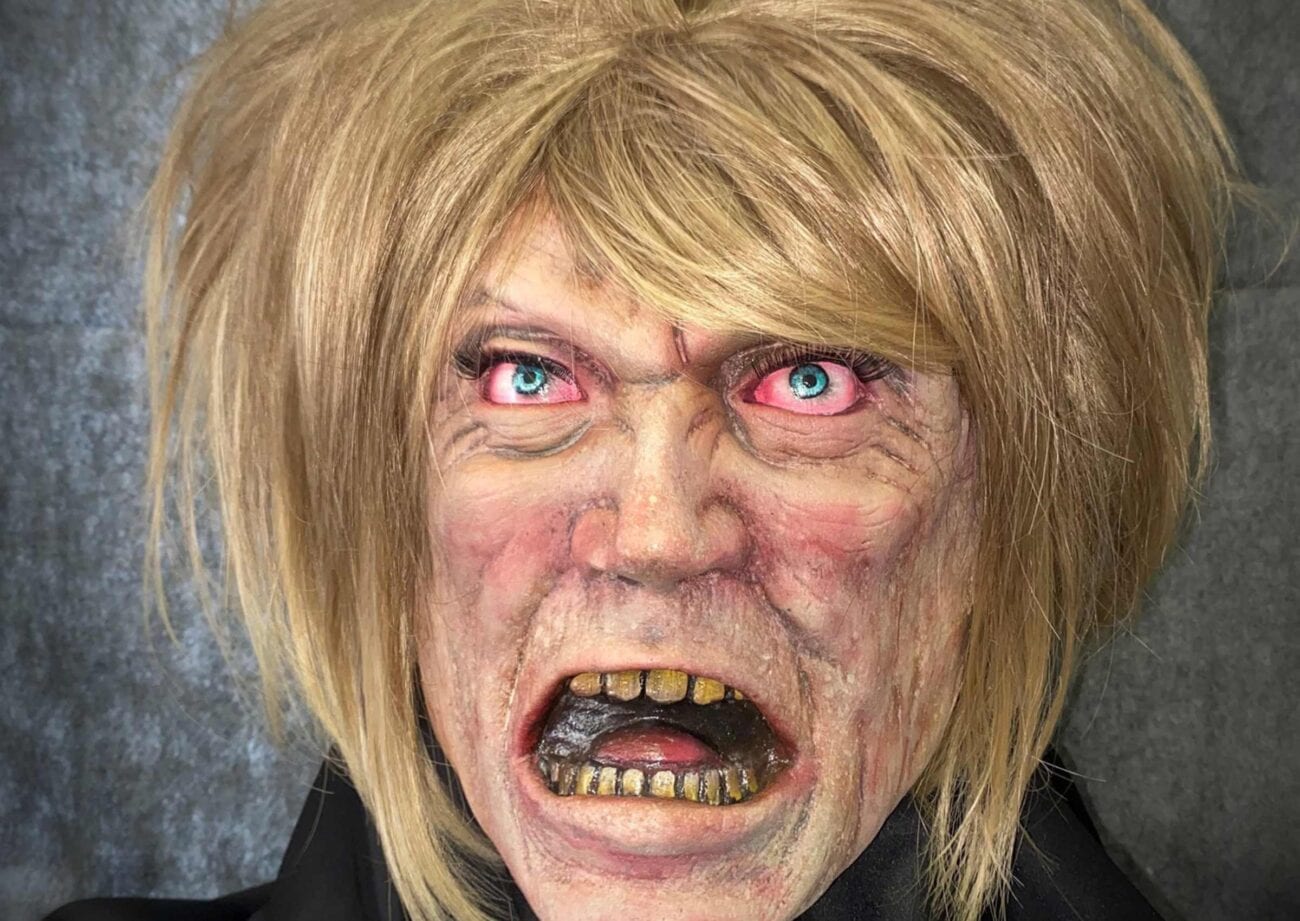 Defining the meaning of a Karen: All the best Halloween costumes

As 2020 has progressed, we’ve seen the rise of the Karens. Usually, the term “Karen” has been given to white, middle-aged women with short haircuts who demand some form of unearned privilege. A common action of a Karen is asking to see the manager at a store or restaurant or irrationally calling the police.

In 2020, Karens have reached new heights of entitled behavior. Many onlookers uploaded videos to Twitter of supposed “Karens” throwing tantrums over having to wear a mask in a public setting. Masks are often required in public spaces thanks to COVID-19, but these Karens seem to think they’re above the rules.

Karens have a recognizable, almost iconic look, leading to many people deciding to dress up as one for Halloween. Here are some of the best Karen costumes.

Here’s a whole army of Karens with large, over-the-top phones and short, blonde wigs. The masks asking to “speak to the manager” are also a nice way of being festive and safe.

Not all Karens look alike, but you can usually tell when someone has the personality traits of one.

My homemade Halloween costume……my apologies to all the really Karen’s I know…😂😂 pic.twitter.com/ZpOj9vKc4c

This person dressed up with the standard Karen look, but also added in the Starbucks cup which is labeled with an unnecessarily complicated Starbucks order. Sometimes, the finer details make good costumes great.

I was a karen for halloween hbu pic.twitter.com/YdIDykBvtQ

This festive person added a big, white purse to their outfit. Hopefully, she can still find her phone in all the mess to call the police.

My friend was a Karen for Halloween and I just— pic.twitter.com/XdD3D9omGk

Karen is more than just a look. It is a whole personality. The best way to express that would be to wear a Halloween t-shirt with an eccentric quote (see these , for example). Guys can get in on the Karen action as well. Maybe we can call him Kevin?

This person’s father-in-law has a funny Karen outfit, but also a great mask. The mask simulates what Karen would be doing under the mask, which is screaming at the manager.

My Daughter has always ruled Halloween. This year she decided to dress up as “a Karen. I could NOT Love her any more. So smart. So funny. I have hope for the future. pic.twitter.com/Q9SwrmXh5K

This person has a different type of hairstyle for her costume. It may not be the typical Karen haircut, but it’s got the same type of attitude. Maybe she’s hiding something under there.

Ig & fb saw it first but I was Karen for Halloween and ngl it was pretty fun pic.twitter.com/j8cAfyEope

This Karen added two important elements: a shirt describing her love for wine and a PTA card. Karens are very active in the lives of their kids, maybe a little too active. They also love to drink their sweet wine.