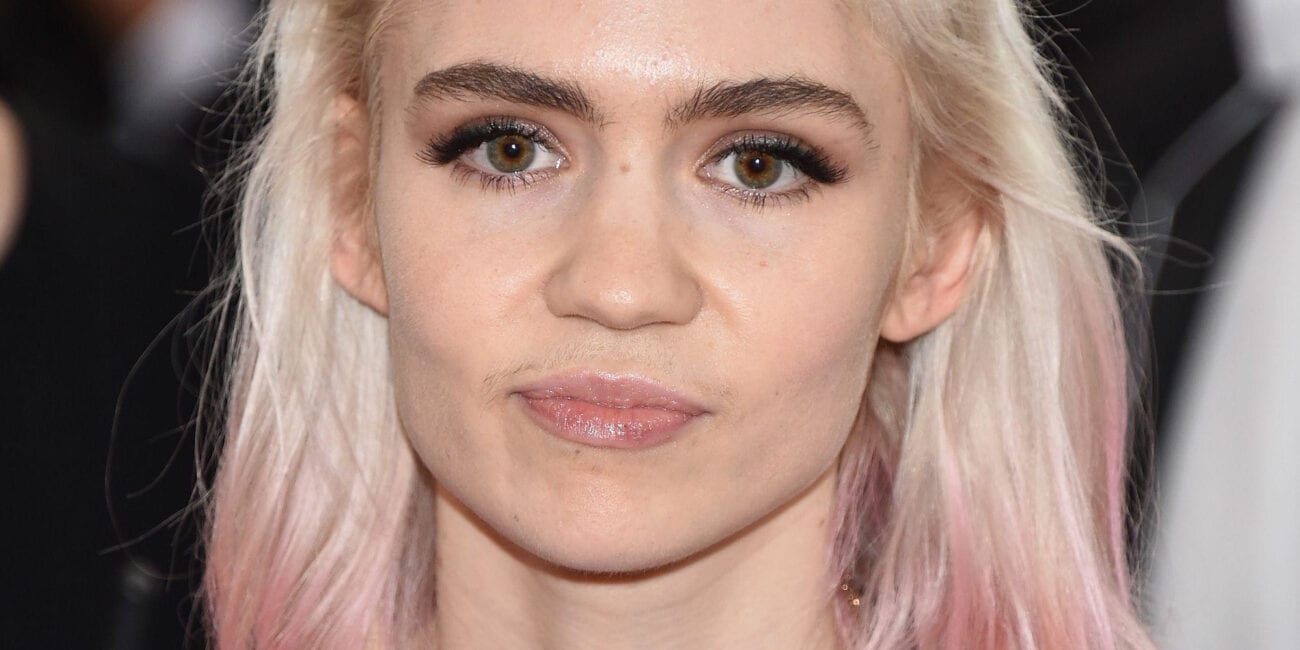 What’s with Grimes’s weird tattoo she shared on Instagram?

By now, you’ve seen Grimes’s new ink on Instagram. Music artist, producer, director, and visual artist Grimes got an alien-like white tattoo all across her back (bonus points: her husband Elon Musk poo-pooed the existence of UFOs on Twitter a couple of weeks ago, maybe that was the inspiration???).

While Twitter and everyone else on the internet is scratching their heads on why Grimes got a weird tree thing on her back, people in the know about tattoos are going hmmm for an entirely different reason. 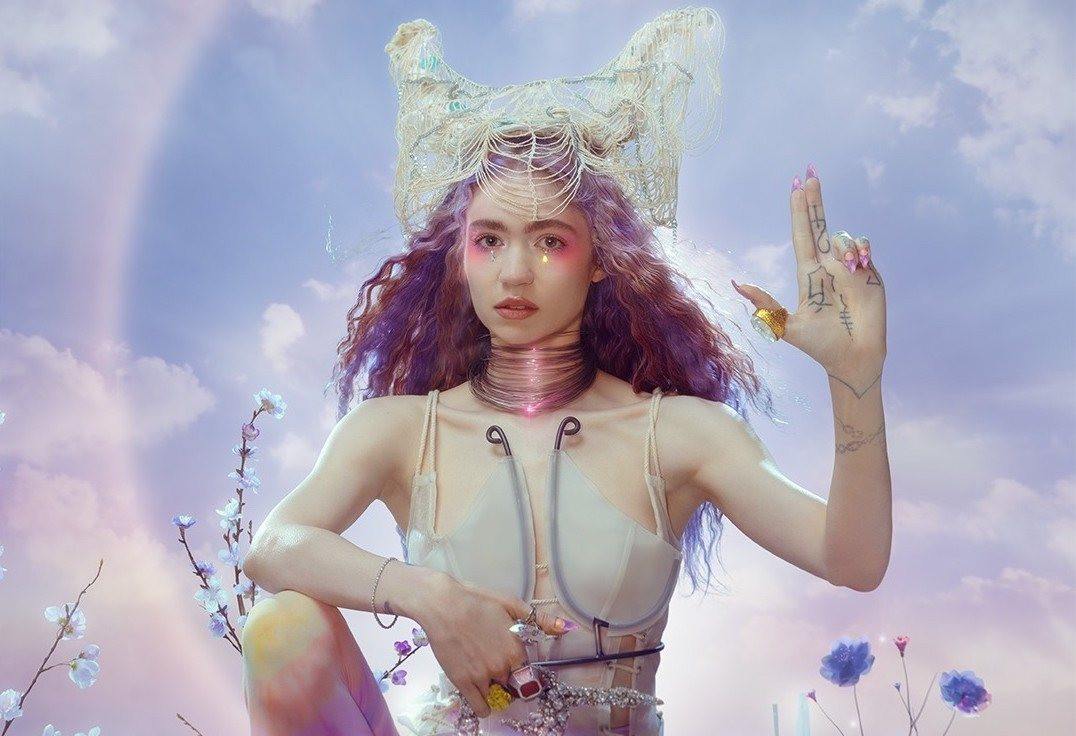 White ink tattoos have been controversial in the industry since they started trending about a decade ago. First, your artist’s linework needs to be crispier than a bucket of KFC in order to get it to stick (it should be already though), and second, even if they do everything right, white ink tends to be the first to fade, making your tattoo go away after a year or so.

This could be a pro if you don’t work in a tat-friendly industry since white ink is easy to hide, but it’s a con if you’re looking for something permanent, which, if you’re getting inked, you most likely are. You want that ink to look Instagram-perfect for as long as possible, after all. Plus, there are some technicals to consider when applying said tat. 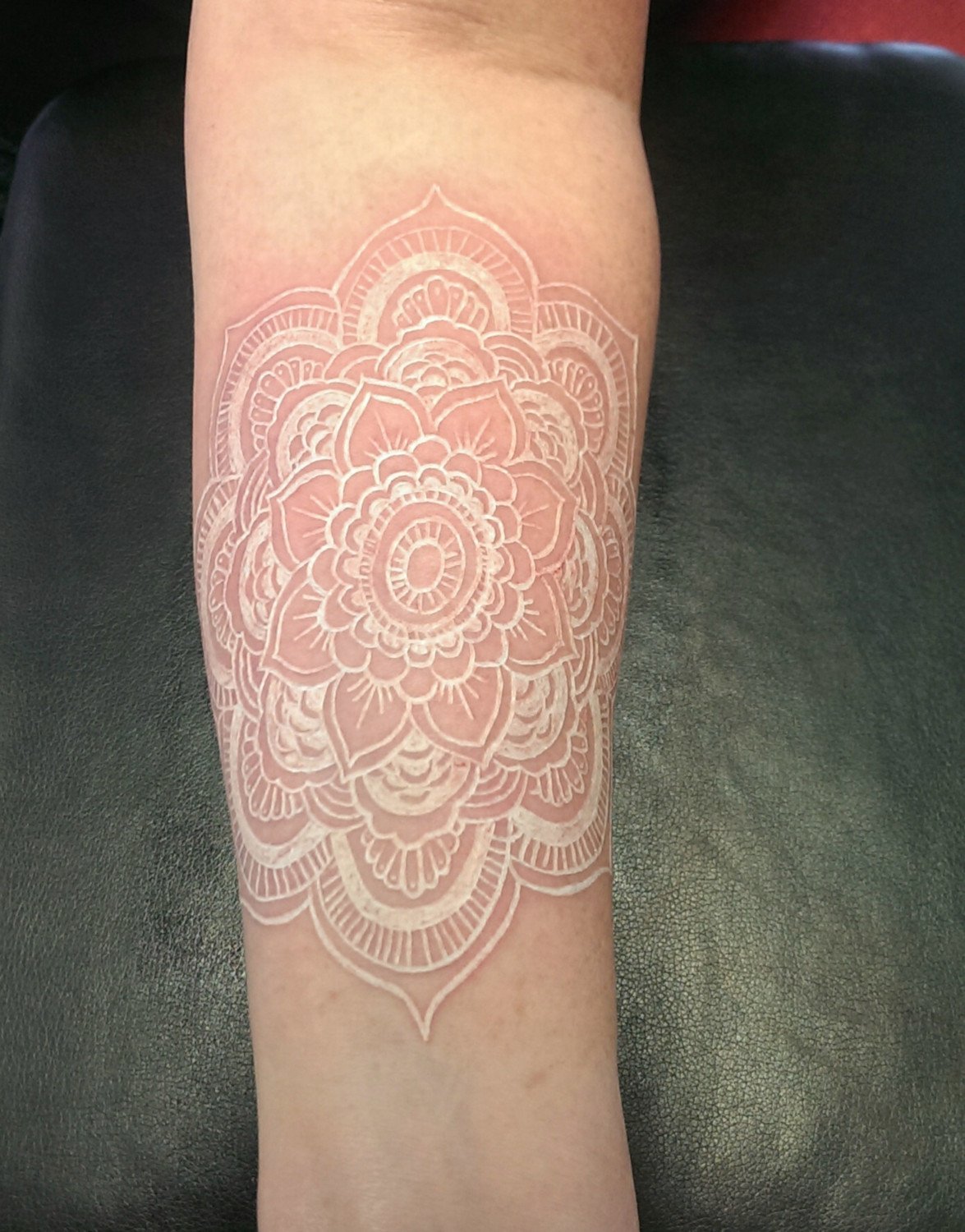 “It’s not like doing a regular black ink tattoo. You have to insert the needle deeper than usual, and stretch the skin as much as you can, so that the ink sits perfectly”, Gabino, a tattoo artist from Spain, told Custom Ink Designs.

Said technicals of applying white ink are also part of the reason it hurts more. Another part is, in a traditional black & grey or color piece, white’s added last when your skin’s already been worked on a lot. That’s because tattoo artists are trained to work from dark to light so when they wipe, excess dark ink doesn’t get in the light parts so they can snag a nice picture for Instagram once they’re done.

Apart from that tattoo industry grimacing at white-ink tattoos (though some have taken artists’ hesitancy as a marketing opportunity and therefore specialize in white-ink tattoos), Twitter isn’t exactly a fan of Grimes’s new ink. After she posted it to Instagram, Twitter had a field day and began posting their reactions. Here are our faves

Someone pointed out there may be a hidden meme in Grimes’s tattoo.

Grimes’s stated aesthetic behind the tattoo was “alien scars”.

grimes’ new tattoo looks like what happens when you give a kid crayons and they draw on the wall pic.twitter.com/vttNk7A5Pu

cant believe grimes got a tattoo of a hookworm rash pic.twitter.com/9oVeC1uNqF

All we have to say is, thanks for the image, Twitter 🤢🤢🤢

big thank u to grimes for basically eradicating 100% of my anxiety about getting tattooed next week by showing up with this absolute abomination lmfao pic.twitter.com/9lnaAZnabB

That’s one way to get rid of your tattoo anxiety.

Get your own authentic Grimes 'alien tattoo' by simply trying to put a cat into a pet carrier for a vet visit.@TwopTwips pic.twitter.com/iFfyw68anl

BREAKING NEWS THAT WILL MOST DEFINITELY CHANGE YOUR LIFE: Grimes gets ‘Alien Scars’ tattoo. One person said “grime’s new tattoo looks like the shower wall art you make with your hair.” pic.twitter.com/fyPX4CBXOm

That shower art we all make

Admit it, Def Noodles got everyone pegged with this quoted description.

We have to say, we like abstract art, and we have mad respect for the tattoo world. We’re just not sold on Grimes’s new ink and won’t be getting “alien scars” on our bodies anytime soon. However, if you like it, feel free to disagree and tell us how wrong we are in the comments!