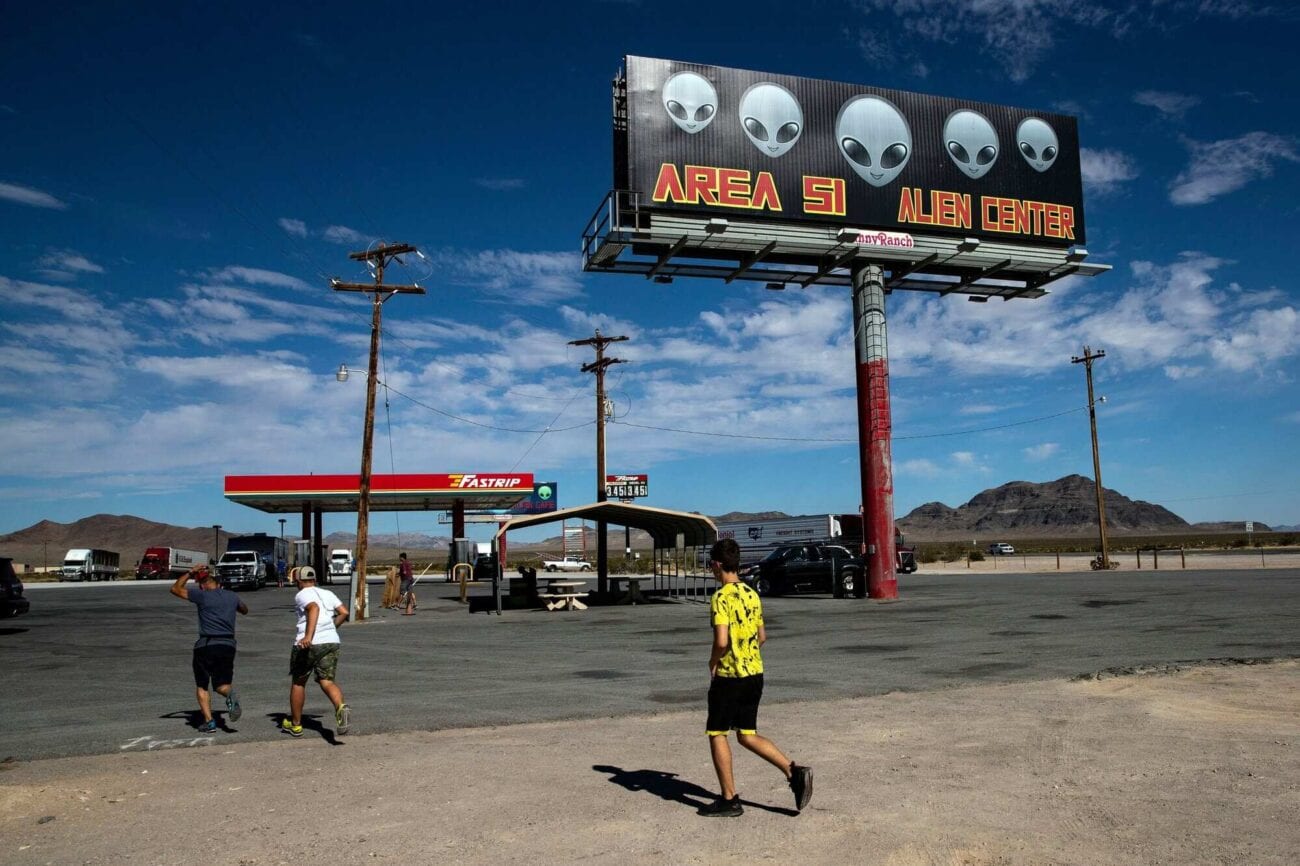 Is there a giant alien robot being built at Area 51? What we know

There are a lot of interesting UFO sightings in the world that make us pause and wonder if there’s extraterrestrial life closer to us than we’ve dared to imagine. However, there are also some pretty silly claims out there.

It’s usually pretty easy to spot the difference, but it’s also a bit subjective. What convinces one person of the idea aliens are visiting Earth, may leave another person laughing. Some of us are also more skeptical of the idea altogether than others are, which makes us respond differently.

One alien hunter named Scott C. Waring is able to find alien tech pretty much anywhere he looks, but he’s usually looking at publicly available images like NASA photography and Google Maps. His latest claim is that Area 51 is most definitely in possession of a giant alien robot, so we did a little digging. 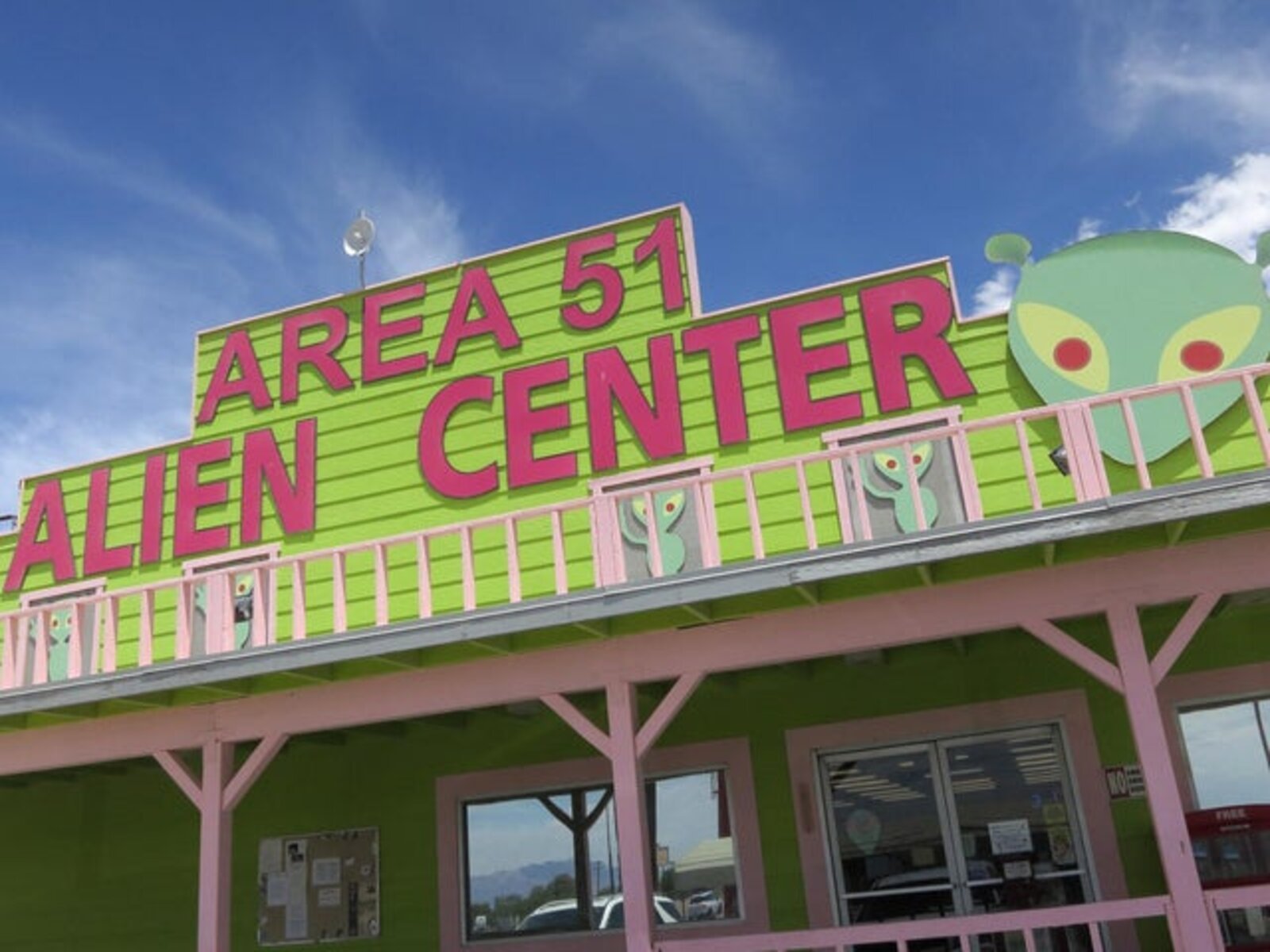 This latest claim comes from one of Waring’s Google Maps scour-sessions. He had the clever idea to check and see what the satellite view on Google Maps would reveal to him about Area 51. While you may on first instinct imagine that maybe Google wouldn’t be allowed to post any imagery of the secret Air Force base – we know we assumed as much – it turns out that isn’t the case.

Waring then looked for anything alien-like in the satellite images and came back to the internet with the above picture (we added the red circle), claiming the shadow is without a doubt an “alien robot” that he says is about 52 feet tall.

He also claims, what we’re referring to as a shadow, can be seen changing position sometimes. 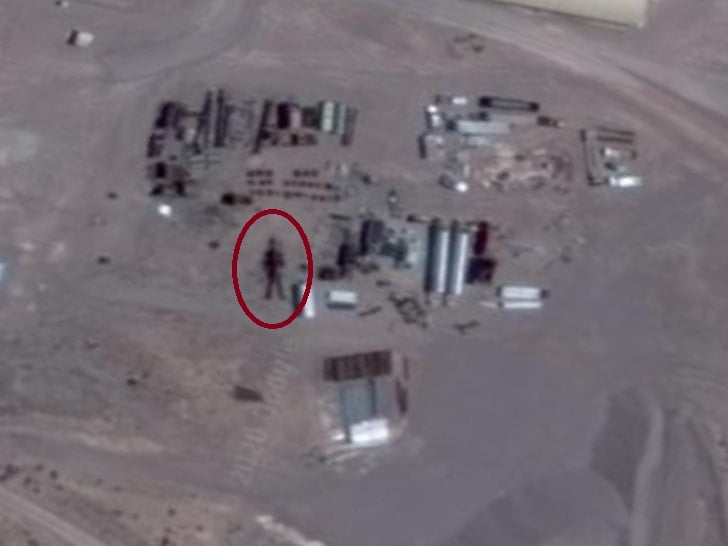 As writers, we’re curious and skeptical – no matter how much we’d love to believe there’s proof of aliens in Area 51, we’re going to have to do some research before we just accept these kinds of claims. The first thing we did was go to Google Maps ourselves to make sure that you can, in fact, look at Area 51. It turns out, you very much can.

We zoomed in & out and scrolled around the base a few times – we were about to give up, thinking that Waring’s image was photoshopped. But then we input the coordinates TMZ listed in an article regarding the shadow (37°13’26.26″N 115°49’2.37”W). Then, lo and behold, there was the semi-humanoid shape Waring had found – but it was a slightly different shape.

So, we looked into how frequently Google Maps updates its satellite imagery. The answer is somewhere between every 1 – 3 months. Now, that’s likely not a full update of the entire planet, but just certain sections of the map getting new images uploaded. Most photos on Google Maps can be expected to be anywhere from one to three years old. 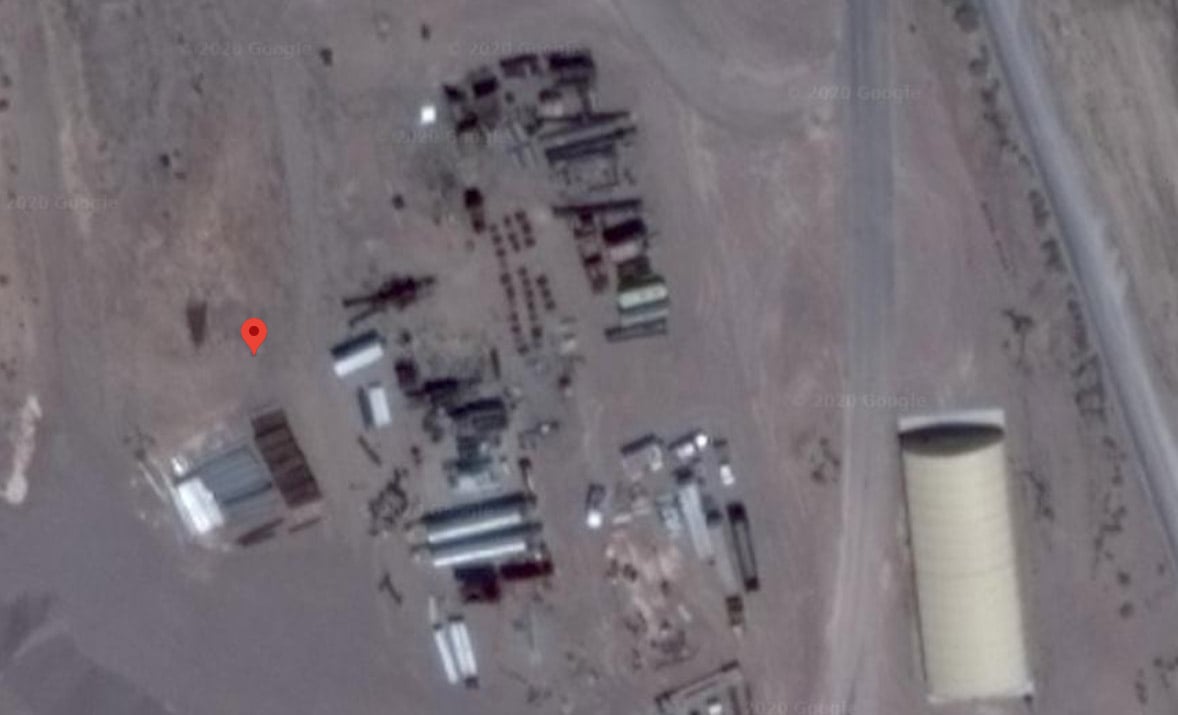 The first thing we noticed was that Waring’s image was from a different angle – likely he rotated his screencap before uploading it online. The second thing that stood out to us was the fact that, well, the “alien robot” isn’t standing. It can’t be.

The perspective we’re seeing on this silhouette implies the “robot” would be lying on its back, not standing upright. If it were upright, we would just see the theoretical top of its head & it’d look uninteresting in satellite imagery.

As for the slight change in shape, which Waring claims occurs as the ‘bot moves – Google’s satellite likely isn’t taking images at the same time of day every time it goes overhead, so if the light is coming from a different angle a shadow is going to appear to be a different size and/or shape – hence the reason we’ve been calling this a shadow from the get-go.

We’re sorry to say that we’re unconvinced Area 51 has an alien robot – which, by the way, why does it have to be an alien robot? Why couldn’t it be an entirely human creation? If it were real, that is. Despite our being unconvinced, we did have a couple of fun take-aways.

While we scrolled through the images of Area 51 we discovered a metric butt-ton of hangars, warehouses, and other large nondescript buildings, but we also found what was definitely a baseball field & what we think might be a football field. 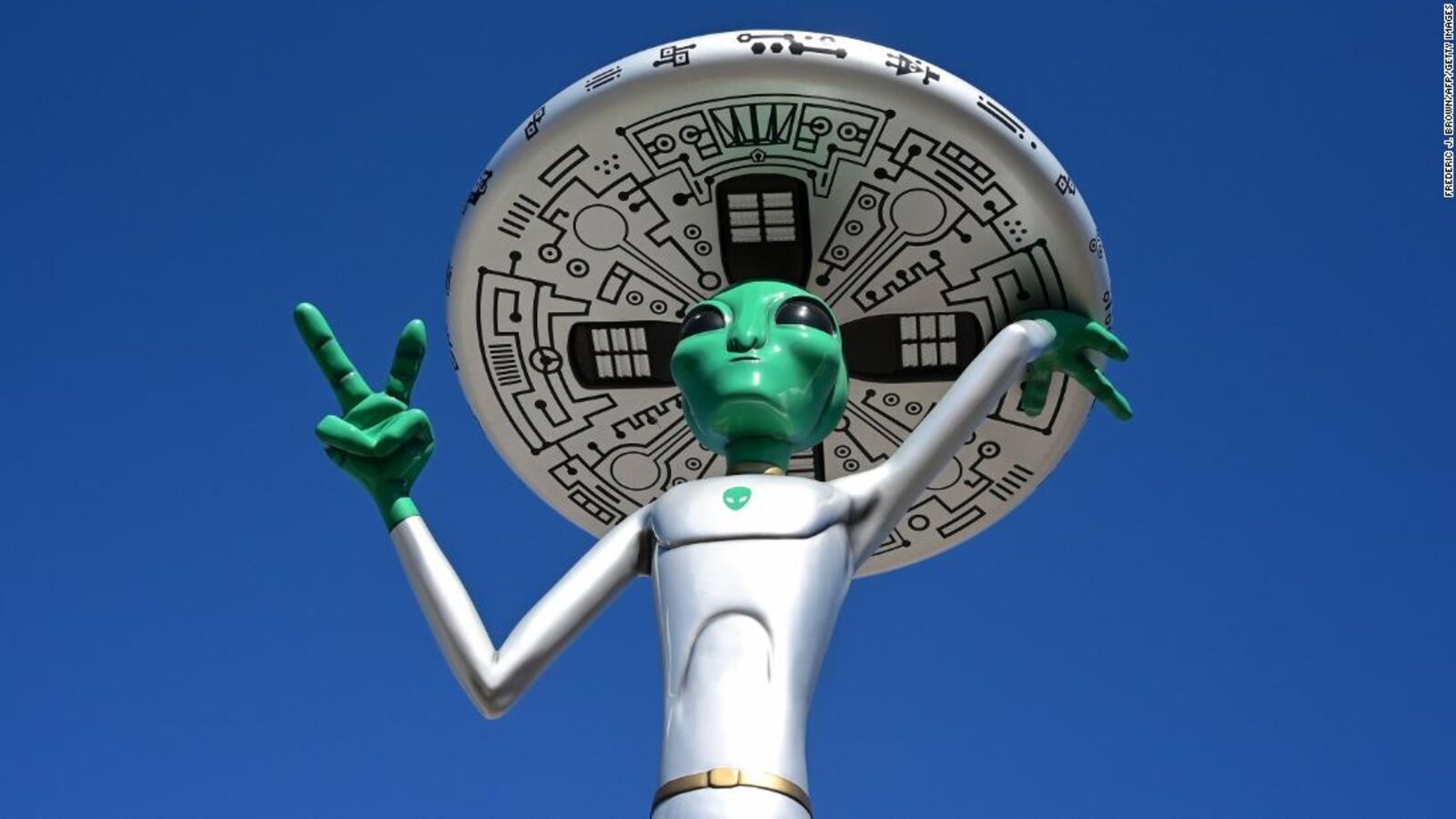 We also saw images of large airplanes that, as far as we could tell, resemble commercial passenger jets & long airstrips to go with them. Granted, the official name of Area 51 is Homey Airport, so that isn’t entirely surprising either. But, considering some people think the claims Area 51 is a test site for planes is merely a cover story, this is a point in the column against that theory.

We also discovered that when you attempt to go into street view on Google Maps, while looking at the Groom Lake facility, the little person you drag to the road turns into a tiny flying saucer – a cute Easter Egg from Google. Also, no, we were not able to actually use street view on Area 51 – the Air Force is maintaining at least a little bit of secrecy. 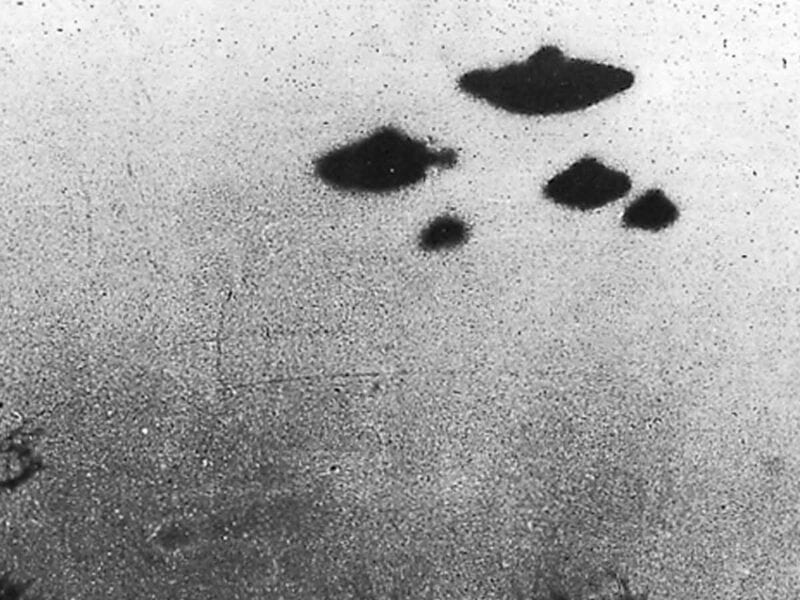 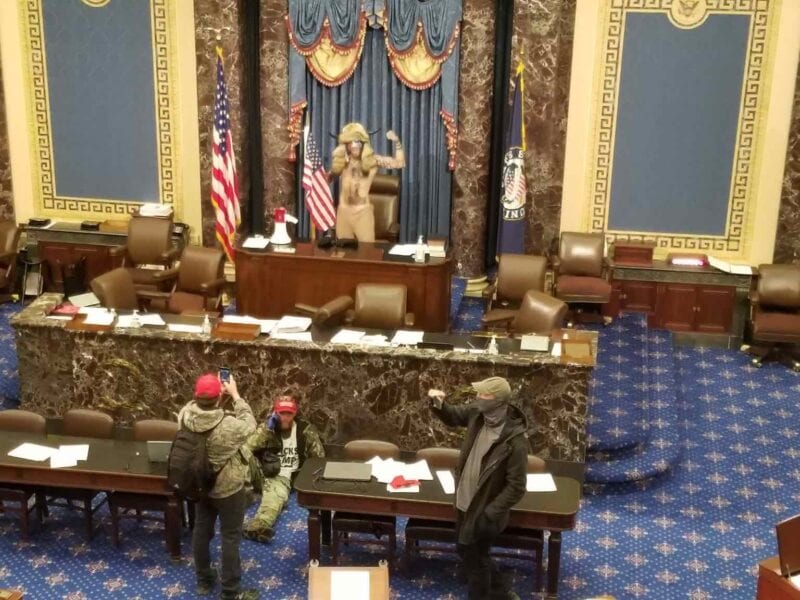 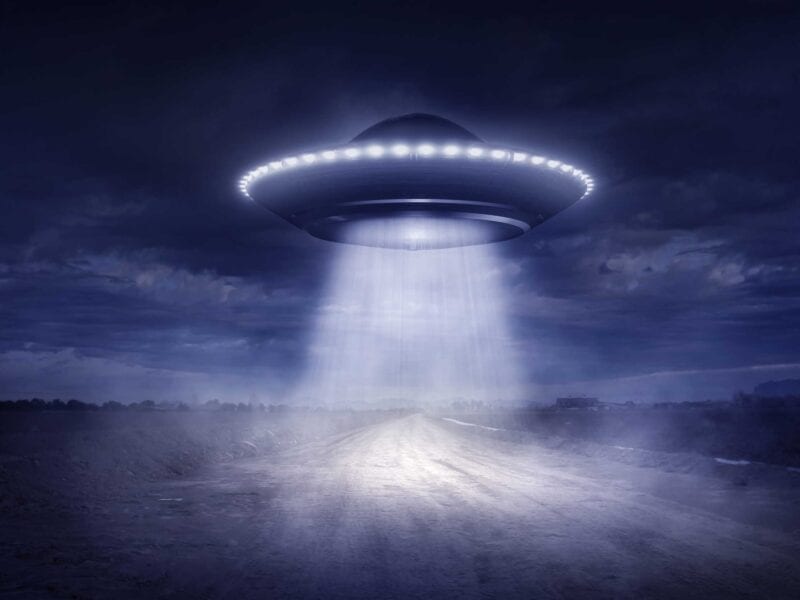 Is the COVID-19 relief bill forcing the government to come clean about UFO news?