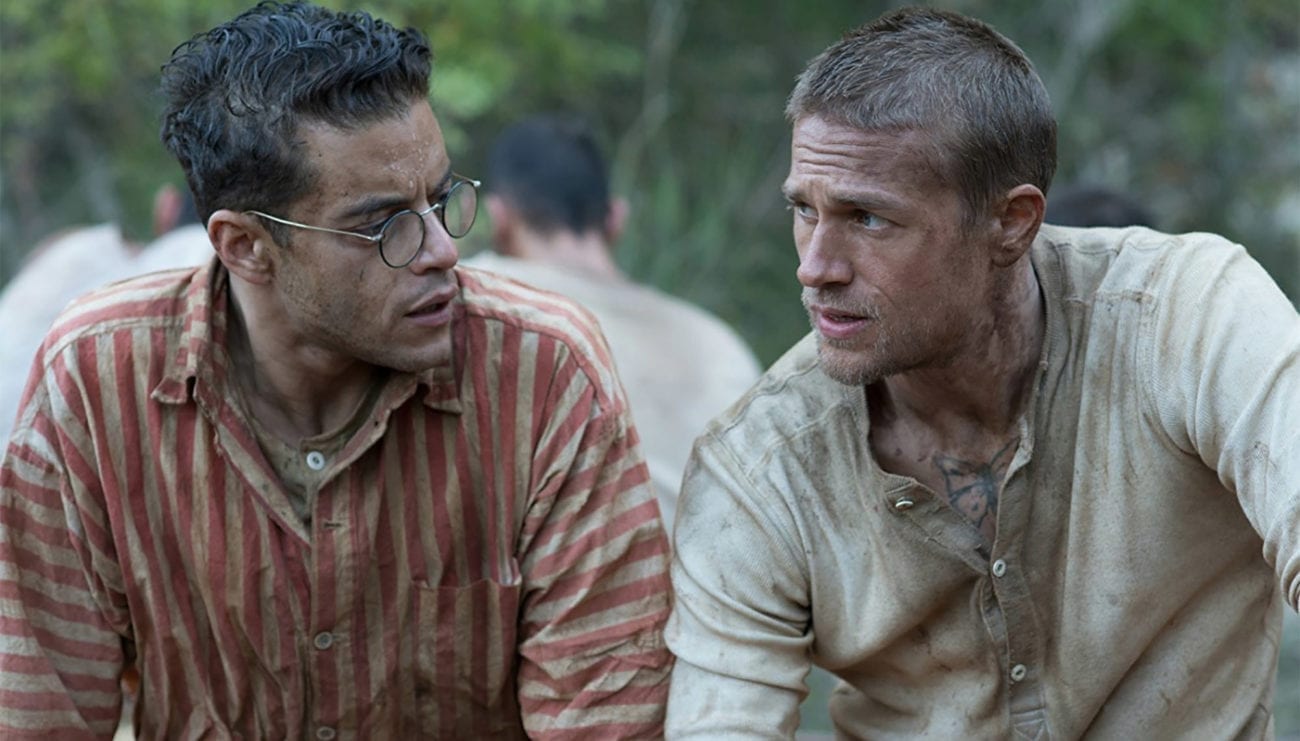 Phew! What a week it’s been for the business we call show. First up, our news feed has been jam-packed with updates, tidbits, and OMG announcements about a slew of upcoming films, including the official trailer release for Luca Guadagnino’s take on Dario Argento‘s 1977 cult classic Suspiria. Led by Dakota Johnson and Tilda Swinton, the giallo revival looks every bit the bloodbath of dance we’re hoping it to be. Get November 2 in the datebook, horror junkies – dance will be in session.

On a different kind of sinister, IndieWire has spoken with a number of reporters to uncover and expose the widespread racism black journalists still face within the industry today. In a report published this week, the journalists cite being regularly marginalized by Hollywood, and overlooked from everything including screenings, set visits, and even logins for media centers.

At a time when the Netflix chief communications officer Jonathan Friedland was fired for “his descriptive use of the N-word on at least two occasions,” and Paramount TV president Amy Powell was outed for reportedly using “racially charged” language, the article is an infuriating but necessary read, highlighting how discrimination lurks within every corner of the Hollywood system.

On a positive note, a number of TV developments unfolded this week, including the delightful news that The Big Bang Theory will finally say goodbye forever with its twelfth and last season next year. Good riddance we say – there’s no room for its outdated style of humor in 2018.

Finally, prepare yourselves marshmallows, because it looks like the gods have answered our prayers as it was announced this week a Veronica Mars revival is in the works. The Hollywood Reporter shared the insanely exciting news that the reboot is being considered by Hulu and that series creator Rob Thomas and star Kristen Bell are both on board to return. It’s all up in the air right now and few details have been released, but the fact that it’s even being talked about is a step in the right direction.

Finally, the box office was dominated this week by Jon M. Chu’s Crazy Rich Asians – a frothy & fun romcom that’s a win in terms of Asian representation on the big screen. Be sure to check out the emotional letter Chu sent Coldplay convincing them to let him play “Yellow” to close the film. It’ll hit you right in the feels.

But enough about the Hollywood hubbub for one week. It’s time to look ahead to better times with Film Daily’s picks of the best movies to catch this weekend.

Are you sitting down? Good, because we’ve got big news – Stanley Kubrick’s sci-fi epic 2001: A Space Odyssey is getting a re-release this weekend so viewers can finally witness it on an IMAX screen. A movie that truly changed the face of sci-fi forever, the auteur showed that the genre could and should deal with heavier themes on evolution, existence, and artificial intelligence.

To mark the 50th anniversary of the film, an unrestored 70mm version is being shown in four IMAX venues in Los Angeles, New York, San Francisco, and Toronto. So if you’re in one of those areas and intend on going or you’ve already got a ticket and are travelling down, ready yourself for the viewing experience of a lifetime.

Based on the international best-selling autobiographical books Papillon and Banco, and on the 1973 film of the same name, it will be interesting to see what director Michael Noer has done with the story of this Papillon revival as it has already been told so well. Featuring Charlie Hunnam as Henri “Papillon” Charrière, Rami Malek stars alongside as the French convict’s companion Louis Dega. An inspired choice, if we do say so ourselves.

If it’s a lighthearted romcom with a sardonic twist you’re after this weekend, we’ve got the trip for you. Destination Wedding stars none other than Keanu Reeves and Winona Ryder as the socially awkward Frank and Lindsay. When they meet on their way to a destination wedding, they soon discover they have a lot in common: they both hate the bride, the groom, the wedding, themselves, and (most importantly) each other.

Of course, this is a romcom, so there’s only so long they can keep this act up before giving in to their hidden desire. Directed and written by Victor Levin.

Directed by Mor Loushy and Daniel Sivan, breakout Sundance documentary The Oslo Diaries hits HBO this weekend. Fuelled by hopes of Middle East peace, the film sees members from the Israelis and Palestinians who came together in Oslo for unsanctioned peace talks in the 90s share their memories and reflections. At a time when the political climate is more volatile than ever, this documentary’s significance is heightened as it looks back to when peace seemed possible.

Directed by Aneesh Chaganty, Searching is the latest in a long line of thrillers shot from the point-of-view of smartphones and computer screens. The story follows David Kim (John Cho) who, after his 16-year-old daughter goes missing and a local investigation fails to find answers, decides to search the one place no one has looked yet: his daughter’s laptop.