Based on the best-selling novel by Kevin Kwan, Jon M. Chu’s Crazy Rich Asians stars Constance Wu as a New Yorker who follows bae Nick (Henry Golding) to Singapore to meet his family. Little does she know, he’s quite literally the richest dude in the whole country and one of the most sought-after bachelors.

It’s an incredible feat not just for offering a modern subversion on romcom tropes, but also for being a gamechanger for representation of Asian talent, featuring the acting talents of Ken Jeong, Jimmy O. Yang, Fiona Xie, and our personal fave Nora Lum, or Awkwafina as she’s known by her stage name. Overall, Crazy Rich Asians is a step in the right direction for Hollywood’s new era.

Among the sea of gleaming reviews from audiences and critics alike, some people have pointed out the use of Coldplay’s “Yellow” to close out the film. This was no simple feat for Chu, who revealed a letter he personally wrote to the British band in hope of licensing the song for the film. As Chu explained in previous interviews, it was tricky to get both Warner Bros. and Coldplay to agree to let him use the song because of the word “yellow” holding racist connotations with Asian and Asian-American people.

Although Chu eventually managed to convince Warner Bros., Coldplay were having none of it. That is until he sent them this heartfelt letter (obtained by the Hollywood Reporter) written directly to Coldplay members Chris Martin, Guy Berryman, Jonny Buckland, and Will Champion: 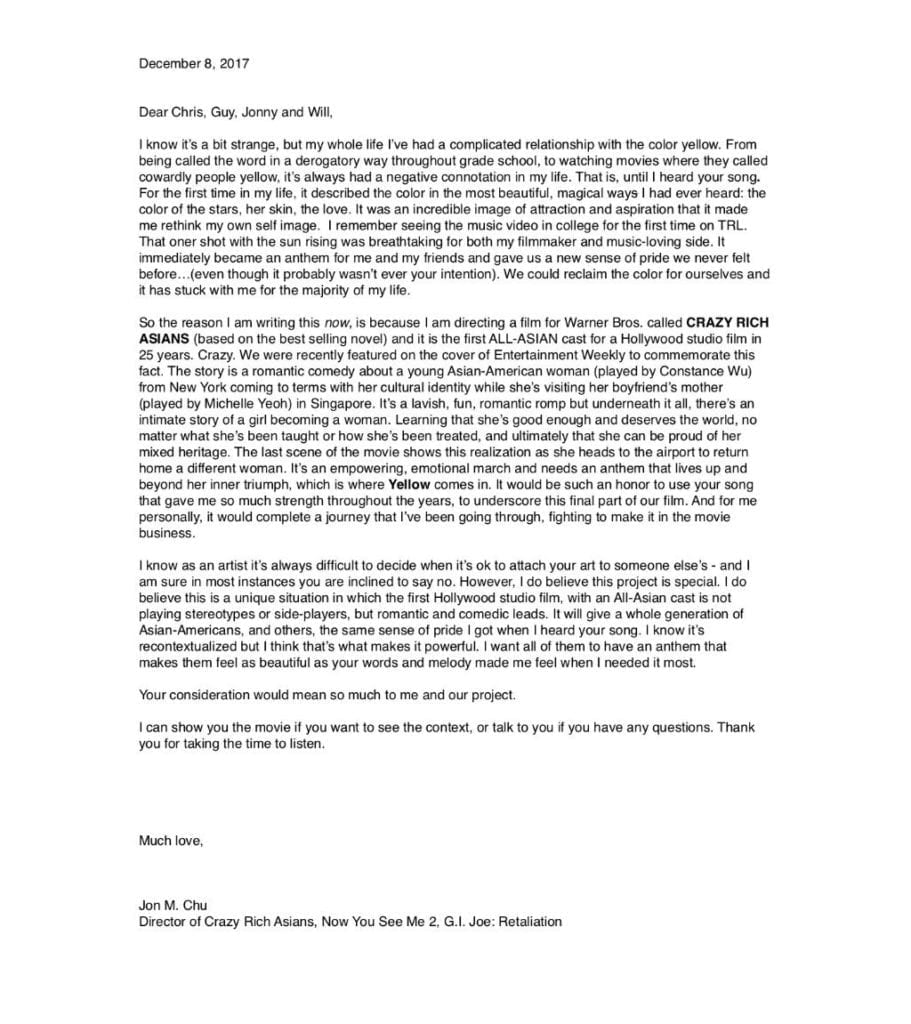 If that didn’t make you well up, you are surely dead inside. It’s inspiring to see not only Chu’s passion for filmmaking and music shine through, but also his humbleness and respect towards to the band members as artists.

Clearly Coldplay agreed and within 24 hours of the letter being sent, the band approved the request. Chu commissioned a Chinese-language cover of the tune sung by Katherine Ho, a USC freshman who previously competed on season 10 of the US version of The Voice, which the Hollywood Reporter went on to explain was “another meta reference to contemporary global identity, remixing culture across continents and generations.” 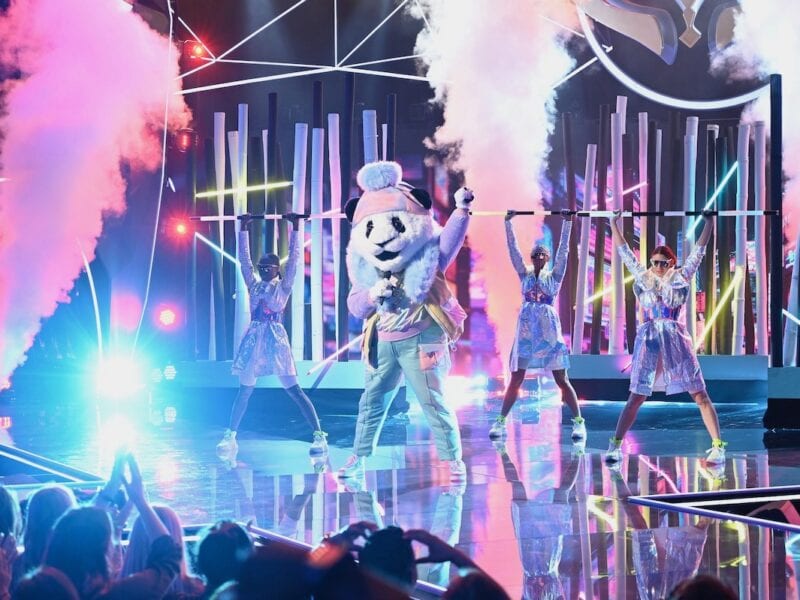 Who are the contestants on ‘The Masked Singer’ this season? 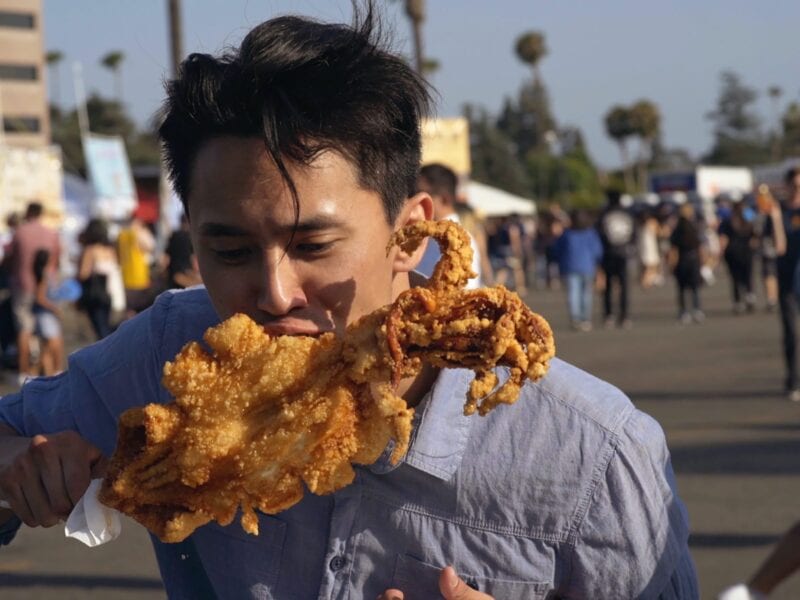 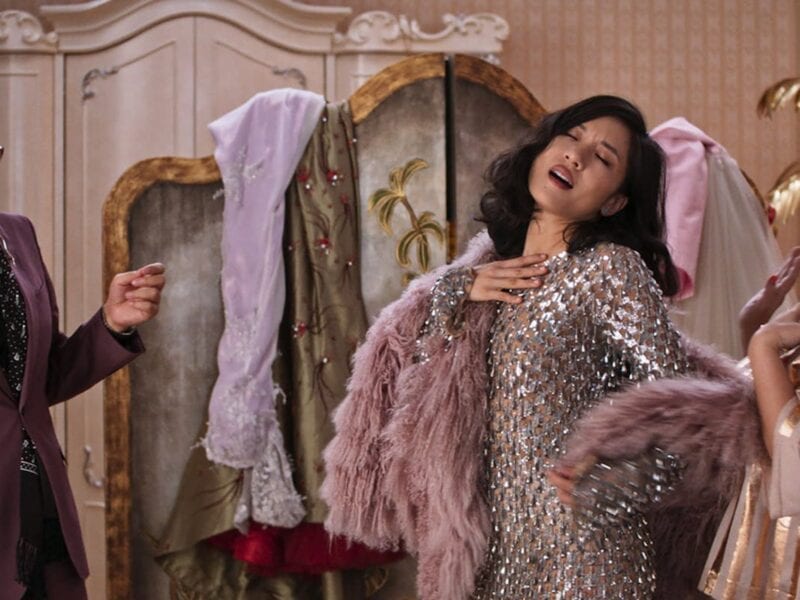